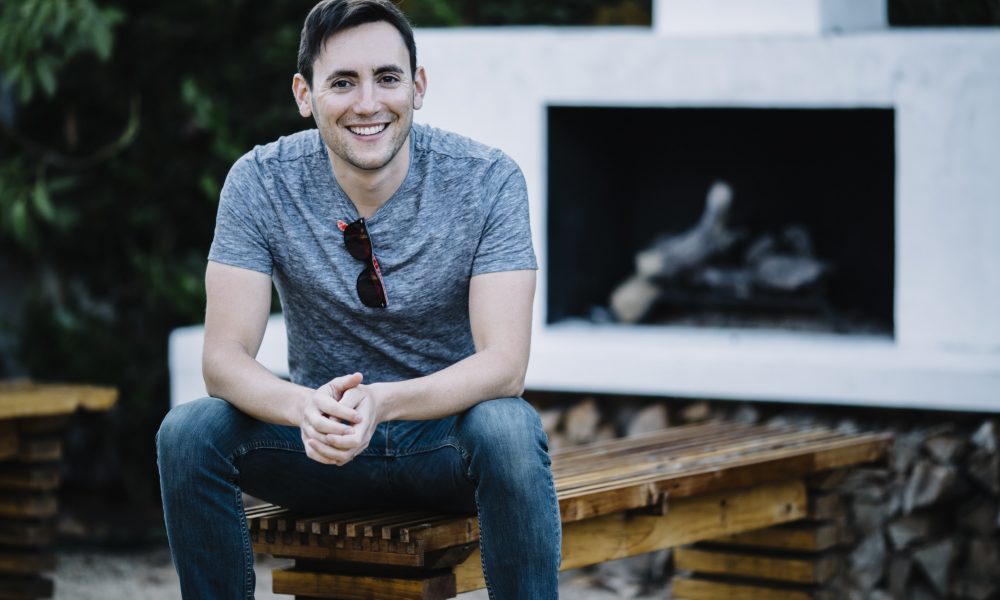 Today we’d like to introduce you to Hunter Scott.

So, before we jump into specific questions about the business, why don’t you give us some details about you and your story.
Working in the music business during the recession, when I saw so many entertainment companies laying people off, I decided that I needed to be in charge of my own destiny. I also saw a great opportunity: Record labels weren’t investing as heavily in independent musicians, while musicians no longer depended on labels to record music and could now create amazing quality recordings on their own. The labels were still doing a great job promoting the musicians on their rosters, but it raised an interesting proposition: If musicians were making their own recordings and were willing to pay for someone to help them promote their music, they wouldn’t have to rely on the labels to get started.

To be clear, PR and marketing firms weren’t new, but by greatly reducing the number of artists being signed to labels, a void was created. When I saw that void, I began the process of putting together my business plan. A couple of months later, LaFamos PR was born.

Overall, has it been relatively smooth? If not, what were some of the struggles along the way?
We’re lucky to have grown year-over-year so far, but there are always slower times in between. Life is a rollercoaster and owning a business emphasizes that. For me, I’ve always believed money should be secondary to great work. So when potential clients came our way that weren’t marketable, we politely declined to take them on. And sometimes, when you’re declining more clients than you’re taking on, it creates stress on the business. But I’m fortunate enough to have invested in two things: First is patience. I knew I was in this for the long haul and was willing to grow slowly even if it meant grossing less money in the beginning. And secondly is my amazing staff that understood my vision and shared my belief in working with integrity to build a strong foundation.

Alright – so let’s talk business. Tell us about LaFamos PR & High Q Digital – what should we know?
While I started the company in the Myspace era as a PR firm seeking press opportunities for our clients, the rise of social media for marketing brands occurred when Facebook matured a bit and introduced brand pages. Again, an opportunity presented itself and we added a social media marketing branch to our services.

Three years ago, we began getting requests from small businesses for help with their social media marketing and decided to take them on. It all happened organically, but then clients began telling us how thankful they were: Restaurant clients began seeing new clients come in and request items directly off their Instagram feed, which we were managing and posting on. In addition, retail shops were seeing increased engagement online, as well as traffic that resulted in increased sales in-store. And when the referrals kept on coming and the social media division was getting bigger and bigger, I decided to spin it off into a separate entity named High Q Digital. Today, High Q Digital is growing in a way we could not have imagined a short time ago, and it all started with an unsolicited inquiry from a restaurant owner seeking social media assistance.

Any shoutouts? Who else deserves credit in this story – who has played a meaningful role?
There have been so many people supporting along the way that it’s hard to know where to start. My brother, Yuvi, an insanely talented programmer since he was about 10, helped me start the company by building our website and programming our incredibly complex digital press kit system, and even though we have a web programmer on staff now, he still lets me bug him with tech questions while he leads a successful start-up software company of his own. Then there are the other family members who never thought I was crazy to take this on full-time from day one, my now husband, Jason, who back then was just the guy I had recently started dating who saw the passion I had for starting the business and on a couple of occasions even paid for my half of the rent so that I could invest my income in hiring a new employee to grow the company. And then there are people you hire and just strike gold, like with Amanda – who’s been with me for almost nine years and has shared the vision every step of the way, giving it everything she has and often grounding me when things get overwhelming.

And I’m sure I can go on for days – the rest of my staff, industry people, folks from school when I was hired on as a college instructor teaching digital marketing and even my office building’s landlord. I guess I’ve just been lucky in that sense.