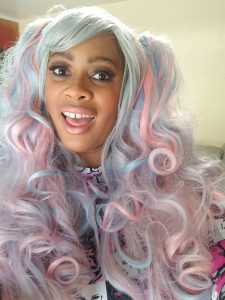 Today we’d like to introduce you to Ginger Nichelle.

My name is Ginger Nichelle, and I am a fashion designer living in Los Angeles, California. My brand L. Royalty Clothing was officially launched in January of 2017 and since then, I have been able to show collections at LA Fashion Week, New York Fashion Week, and other local fashion shows in northern & southern California. I have been working in the corporate side of the fashion industry for over ten years and have been creating custom costumes freelance for the same amount of time. I am now diving headfirst into expanding my brand to YouTube, where my hope is to inspire other upcoming designers to make their dreams a reality. I started by designing and creating clothing for my Barbie’s at age 8. I took my first sewing class as a pre-teen and was hooked on sewing and creating clothing. Once in high school, I started the first fashion club at my high school and put on the first-ever fashion show. Once in college, I joined the fashion club then shortly after became their secretary, then later the Vice President. Throughout design school, I grew as a designer but always had the aesthetic for Lolita and Harajuku fashion (even if my classmates didn’t understand my aesthetic, though, shortly after Lady Gaga & Nicki Minaj came out wearing harajuku & lolita inspired clothing/costumes so I was on point.). While in design school, I started creating custom costumes for people who attended Comic book conventions. This helped me understand patterns and create better custom work for others.

I’m sure you wouldn’t say it’s been obstacle free, but so far would you say the journey have been a fairly smooth road?
The road to be a designer in LA hasn’t been easy. I have learned many lessons in the corporate world as well as the freelance world. I have learned that many people have preconceived notions about a Black owned business. For example, when I do fashion shows and the audience see my clothing, they never expect me to come out at the end. I know this because people always come up to me afterwards and tell me how great my collection was and that it was refreshing to see me at the end. I think most people expect a streetwear/urban look when people typically see a Black designer, so seeing a Barbie inspired collection throws them off. I have also been on design reality shows but when I don’t have a tragic back story the producers seem to get frustrated with me. I have struggled, yes, but I am not a martyr. I want to be able to tell my story of being a hard-working designer and let my work art speak for itself. I don’t want people to be interested in my back story rather than my clothing. When it comes to my corporate career, I definitely think my hardest lesson wasn’t standing up for myself when I was first getting into my career. I would say yes to just about every task given to me, and I would in turn get more work than others. I dealt with having people I trained being promoted over me with less knowledge than me. I have dealt with doing manager work for little to no pay increase, and I have been told that I get more work than others because I don’t complain enough.

I’ve also been asked if I’m related to fellow Black co-workers or how my hair is short one day and long the next, so just your average microaggressions in the corporate world. But I just took everything as a life lesson. After working in positions that did the above, in addition to an internship where I was unpaid and sewed for the company, I decided that I didn’t want to have a company like that. I learned how I wanted to treat any employees I had and how I wanted to make sure that the people that who worked for me worked towards the goals that will advance them. The best lesson learned was how to do the opposite of how I was treated in the corporate fashion industry. I want to inspire others instead of have them suffer hard like I did. If I have information, I want to share it instead of keeping it for myself. I had no need to be selfish or jealous of someone else’s hard work. I just want to be better than those who treated me badly or didn’t believe I would do anything past work in a corporate office.

Thanks for sharing that. So, maybe next you can tell us a bit more about your work?
I am a fashion designer living in Los Angeles. I have shown collections in LA fashion week, New York Fashion week, and several Fashion shows in southern and northern California. I specialize in Contemporary women’s wear separates: Dresses, outerwear, bodysuits, rompers, tops and bottoms as well as lingerie. I create straight sizes as well as Plus. My most popular items are my vinyl raincoats. I have sold them in the U.S. and in the UK. I am most proud of showing my clothing at New York Fashion Week two years in a row at two different runway shows each year. What sets me apart is my inspiration from Barbie, Harajuku Fashion and everything pink. I make garments that make the wearer want to dress up while out.

Every person wearing my clothes will feel like they can express themselves through my clothing. They can be bold and wear prints, solids, or anything in between. I also make clothing with fit in mind. With my ten years of experience as a technical designer incorporate fashion, I make sure that the clothing fits properly, not just mediocre just to save money like fast fashion. I care about how the fabric feels on the person wearing my clothing and the construction of the inside of my garments. I also make sure my clothing is affordable for my customers. I have items for under $35 as well up to $300. Since I do all the pattern making and sewing myself, I can control the fit, construction, and quality of my clothing that mass producers cannot.

We all have a different way of looking at and defining success. How do you define success?
I define success as reaching my personal goals. I would like to grow my business but I want it to grow at a pace I can grow. I don’t define success as just making money. I feel successful creating clothing for my target customer and getting to create clothing I love. I love being creative and being able to make time for myself to be a creative individual. Do I want to be a multi-million dollar company? Yes, but I will do it my way, by expressing myself creatively. 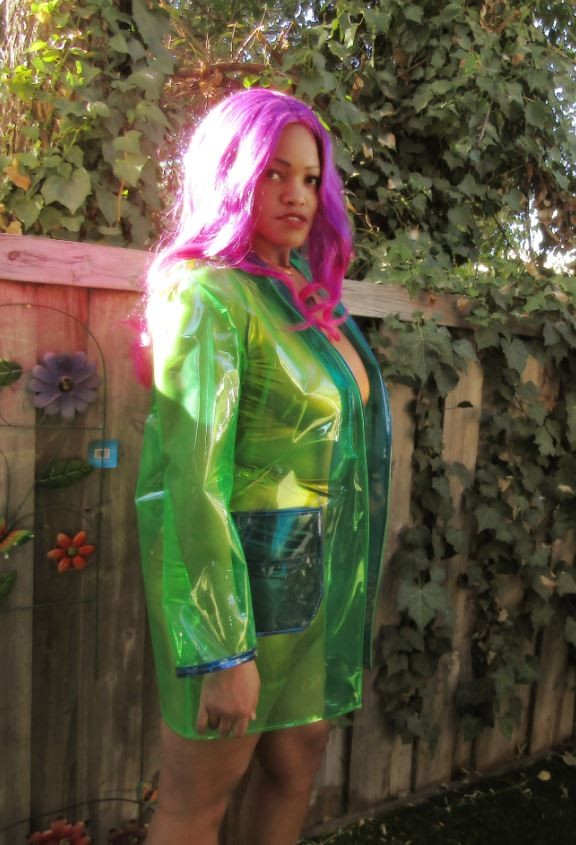 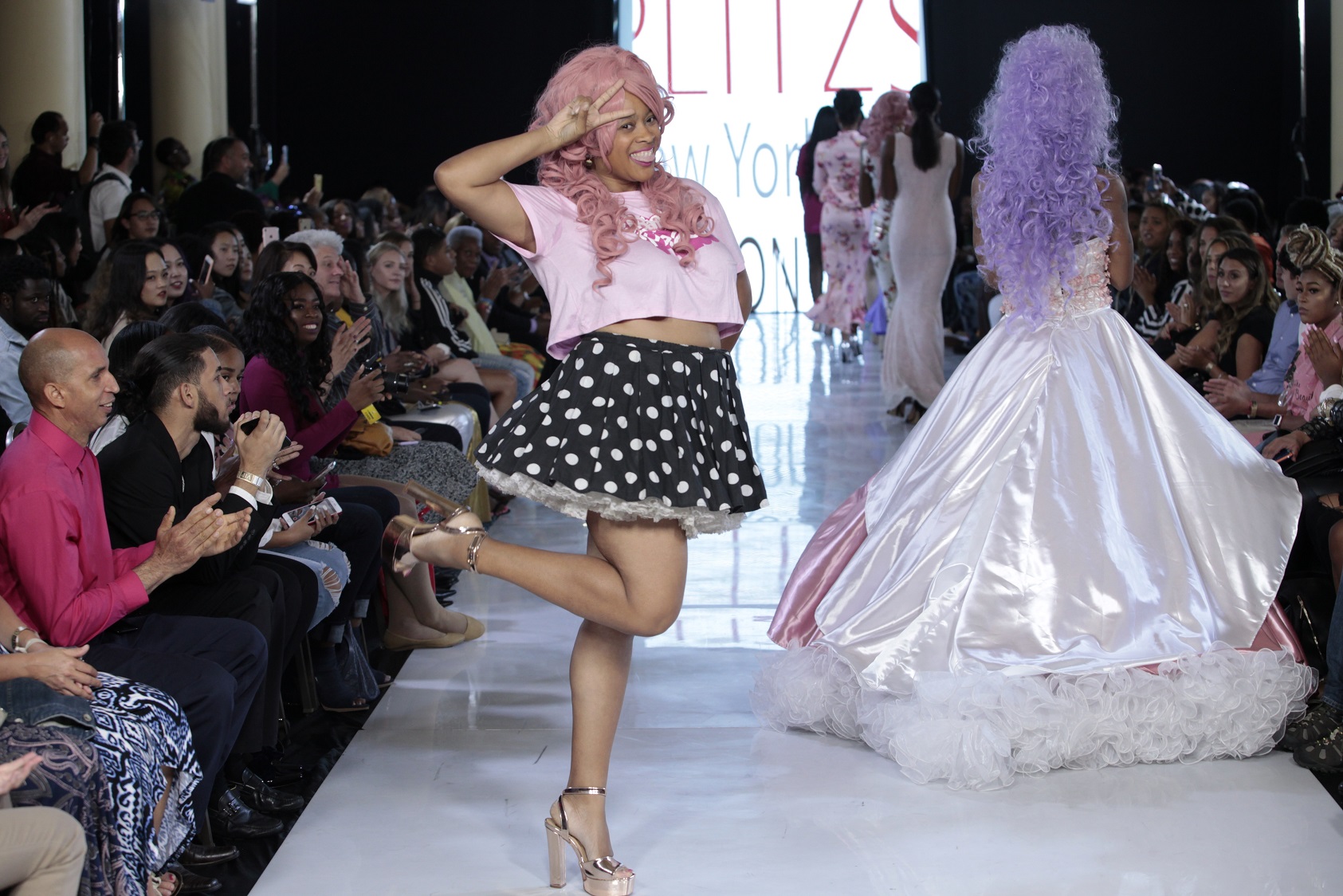 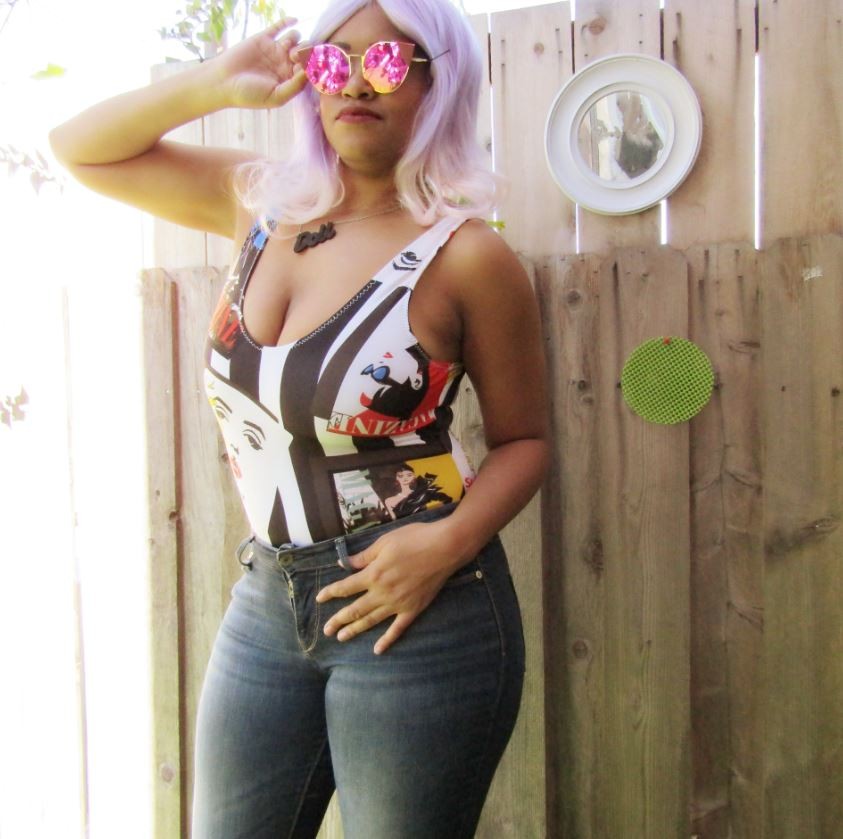 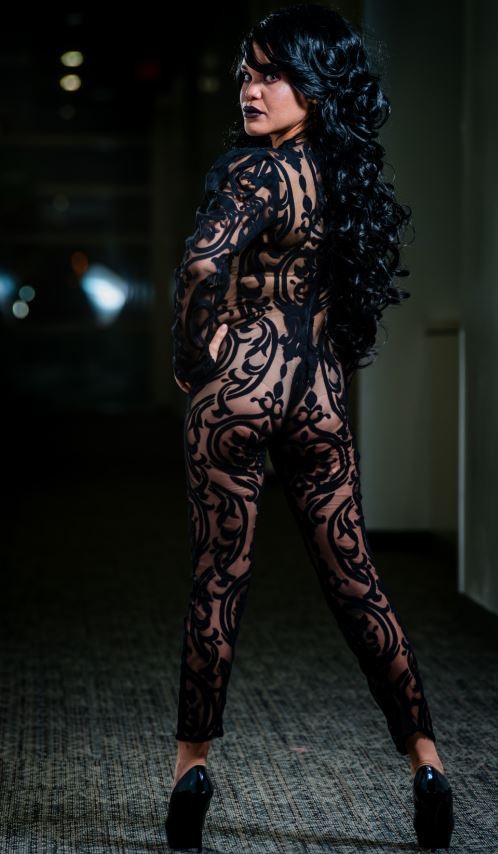 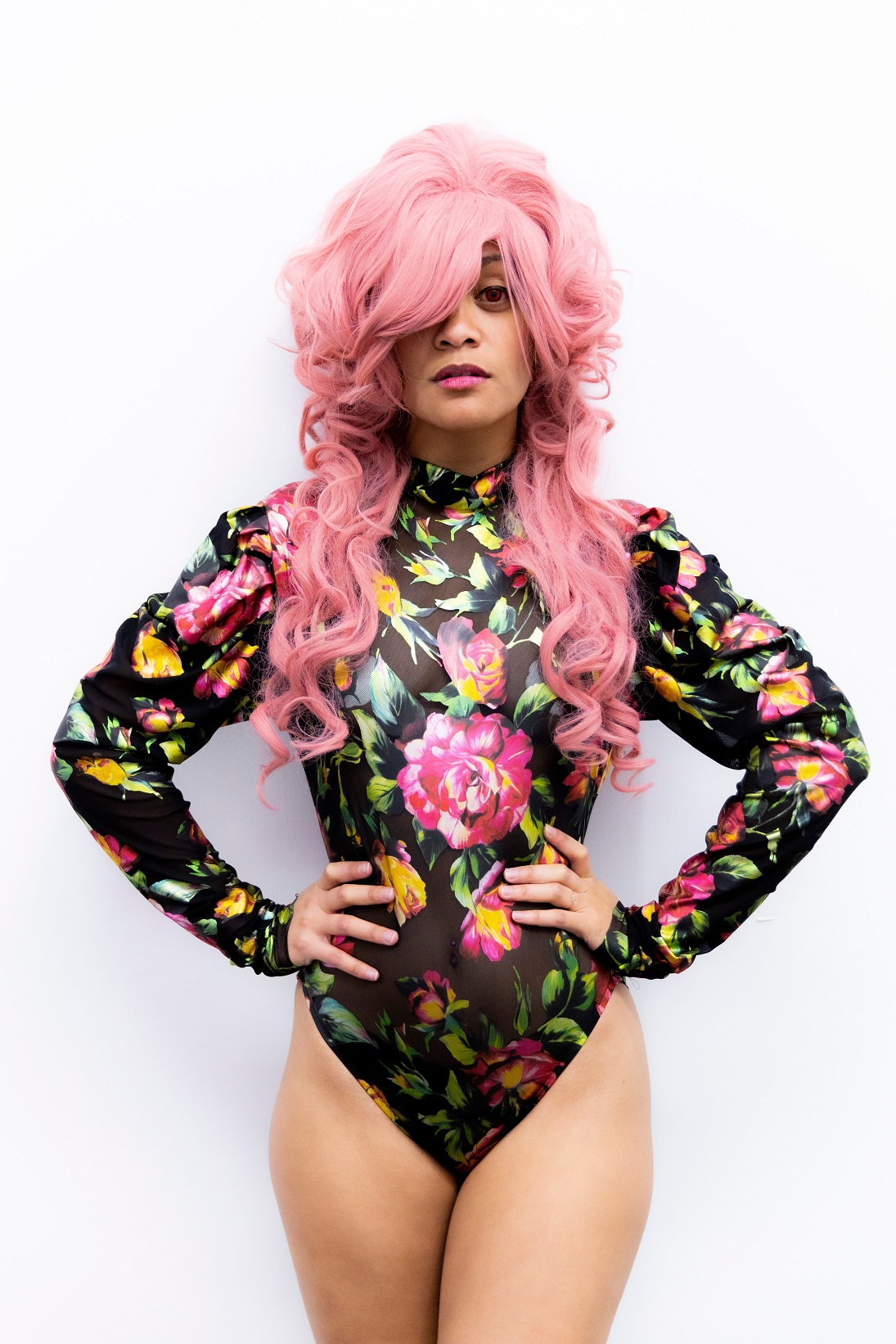 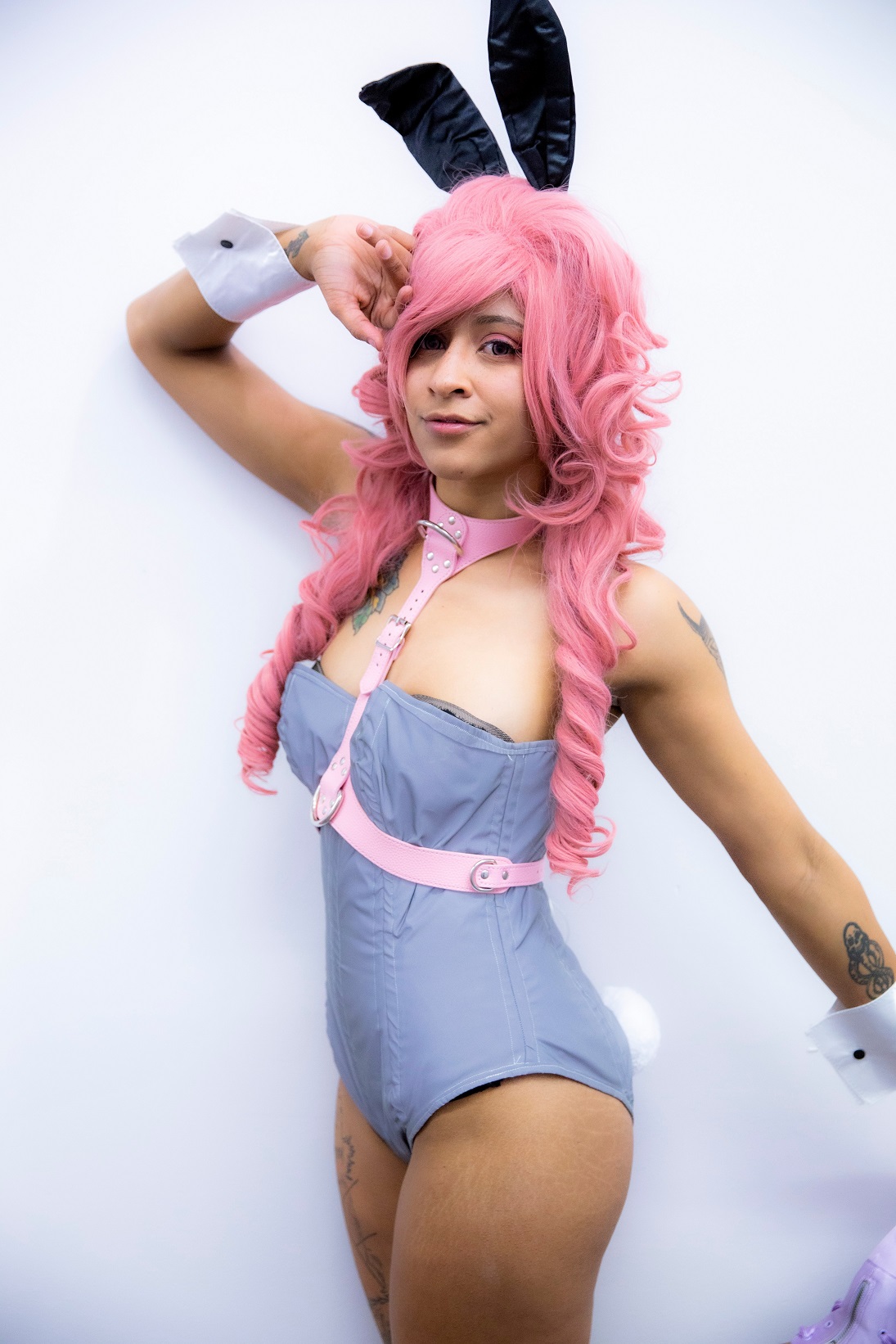 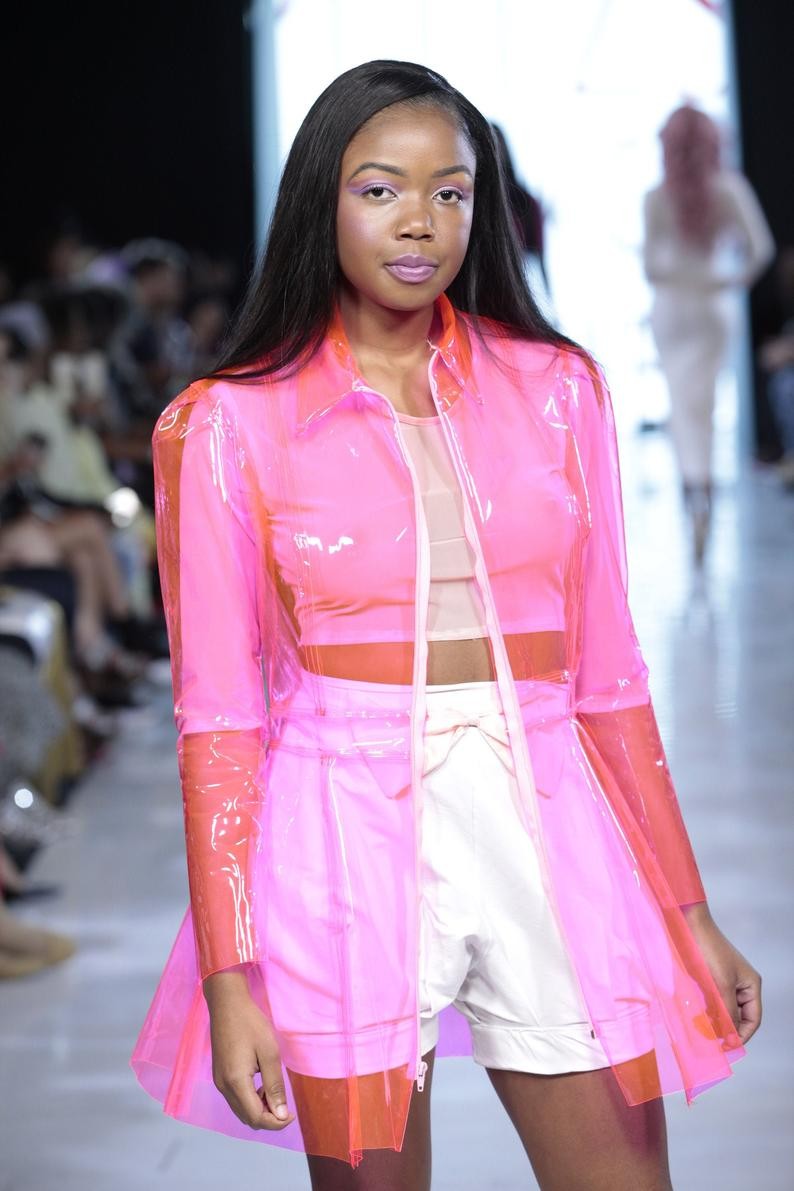 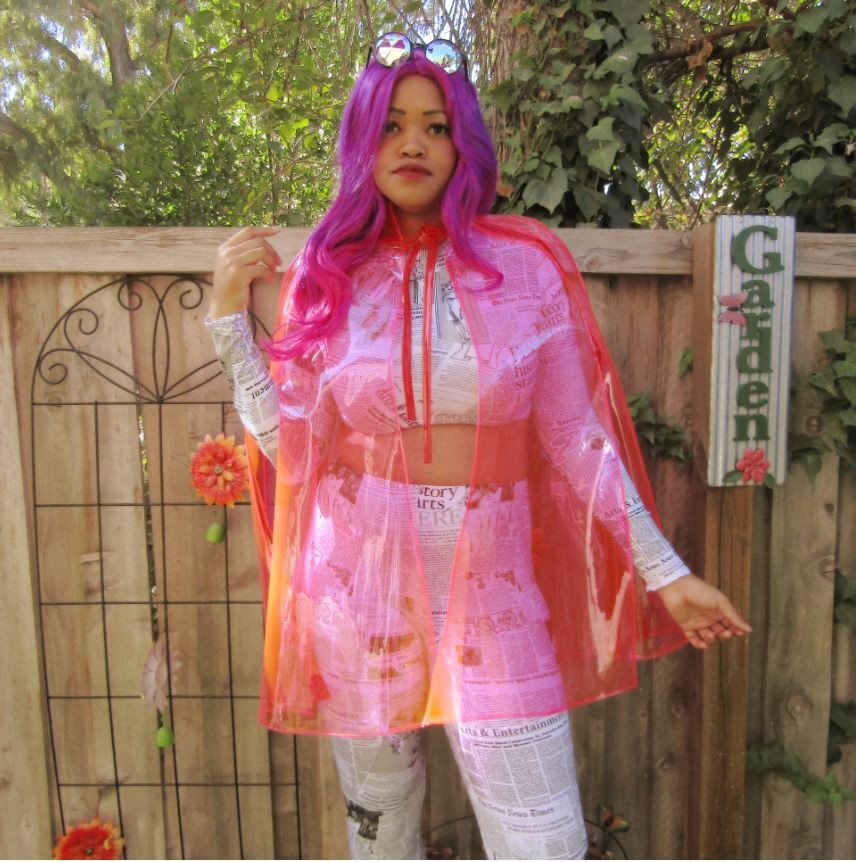