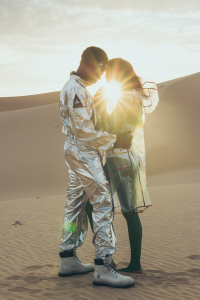 Today we’d like to introduce you to Ezekiel Ajeigbe.

Thanks for sharing your story with us Ezekiel. So, let’s start at the beginning and we can move on from there.
For me to tell you how I got to where I am today, I would have to go to the beginning of my journey. I started my acting journey back in the summer of 2014 in Dallas, TX. I was in school at The University of North Texas, studying Electrical Engineering and Technology at the time. Being of Nigerian descent, a career in the arts was out of the question, so like many other children of immigrants, the only career options I had were being a doctor, lawyer, or an engineer. Knowing that my passion resided within the arts, I simply studied what my parent’s wanted me to while in school, but chased after my dreams on the side. I remember back then, I used to finish all my schoolwork days in advance just so I can leave campus to film commercials or short films that I booked.

Fast forward 2.5 years, I find myself still pursuing my dreams on the side while studying something I could care less about. I hated engineering, became miserable at school, and fell into a deep depression. I knew what I wanted for my life and always lived by the philosophy of “doing what you love and loving what you do.” Even though that was true, I didn’t want to be a disappointment to my parents by telling them I no longer wanted to be an engineer. Eventually, I riled up the courage to tell my parents the truth about what I wanted for my life, which led to a huge argument. As I explained my passion for the arts and how good I really am, they started saying things like “you’ll never make it!” “We won’t support you unless you finish school first!” “What makes you think you can do it when there are millions of others struggling to do the same thing?!” It hurt to hear that coming from what I thought would be my support system, but I knew that it was out of love. They were brought up to believe that only professions like lawyers, doctors, and engineers will allow you to live a successful comfortable life, so they couldn’t see success through the lens of an artist.

2017 came around and I slaved through my spring semester of junior year, still miserable and still depressed trying to figure out an escape plan. A couple of months go by and I get offered to do a movie in Atlanta, GA. I dropped all my classes, told my parents I was leaving Texas to become a professional actor, then drove to Atlanta to start a new chapter of my life. I lived there for about a year and a half and did various projects, one being Dynasty on Netflix where I play “Young Jeff Colby” for the flashback scenes of the series regular “Jeff Colby” played by Sam Adegoke. I signed with J Pervis during my time there and built a Rolodex of many industry connections. After spending a year and a half there, I thought it was time to “level up” in the game, so I packed up my stuff once again and drove to Los Angles, CA.

I arrive in LA on January 17, 2019, super excited to take my career to another level, but little did I know it would take a lot longer than I planned out. Being that I went out on over 145+ auditions and booked less than six of them, it was an eye-opening year for me. I learned a lot, added more contacts to my Rolodex, and kept moving forward. With experiences, I took from Texas, Atlanta, and now LA, I realized that there are so many talented individuals I’ve met over the years who are just as passionate and hardworking as me, that have also gone unnoticed. That’s when the thought of creating my own production company dawned upon me and decided to start producing my own projects with other passionate artists across the board that love their craft. So in February of 2020, Dream World Productions was born.

We’re always bombarded by how great it is to pursue your passion, etc – but we’ve spoken with enough people to know that it’s not always easy. Overall, would you say things have been easy for you?
Not at all. For one, I will never forget what being truly hungry feels like. When I moved to Atlanta, I only had maybe $600 to my name and still had to pay my last month’s rent back in Texas. So by the time I got there, I was broke. I stayed on couches and air mattresses a majority of the time. When I finally had enough money to get my own spot, all I could afford was a place in the hood. It was winter of 2017 and the job I had at that time wasn’t paying me enough to really sustain myself comfortably, so couldn’t afford to turn on the heater and I slept in a bunch of jackets. Eventually my girl at the time who I was in a long distance relationship with found out and helped me pay for heat, so I wouldn’t get sick or freeze to death. I hated living in that area. There were gunshots literally every night. People from back home or in the Nigerian community were still telling me things I didn’t want to hear like “you’re wasting your life!” “Go back to school so you can get a real job.” So on and so forth.

Before moving to LA, I remember my agent told me, “don’t go Ezekiel. LA will eat you alive.” To me, even though she worked for me, I took it as another person trying to tell me what I can or can’t do. When I finally got to LA, I had maybe $400 to my name. Took my car to the shop to fix it up so I can drive for Uber or Lyft, only to find out the mechanic sold my car. So my whole time there, I took the bus everywhere because paying for Ubers got pricey and I was auditioning way too much to have a regular 9-5 for income. I found myself doing audience work, and swallowed my pride and did background work as well to sustain myself.

Crashed with one of my old college roommates who’s also an actor named Raymond Watanga. Stayed with him and his roommates on an air mattress till I got up on my feet, then eventually signed a lease with them after one of the guys moved out. Heard a lot of “NO’s” along the way too, but wasn’t going to let any of my situations or hardships stop me from my destiny.

Please tell us about Dream World Production.
So with my company Dream World Productions, I produce film projects such as shorts and feature films as well as tell stories through creative photos. I’ve been looking into doing shows as well, but being that the company is super fresh and a pandemic literally stopped everything, nothing has been produced on the film side of things as of yet. I’ve reviewed a few promising scripts during quarantine though and I am trying to get them funded as soon as the whole pandemic situation clears out.

What were you like growing up?
I was a character; from what I recall, people would describe me as. I loved being active and going outside to play. I used to be shy at times, but also be the one to speak up to address things. I always used to binge movies every weekend, getting lost in the world the artists’ collectively made for us as an audience.

I was the kid who loved the first day of school only because I knew that in every class, I would have to get up and say something about myself. Being that my last name started with an “A,” I knew I would always be first, so I intentionally would say something funny to break the ice for everyone else to feel more at ease. 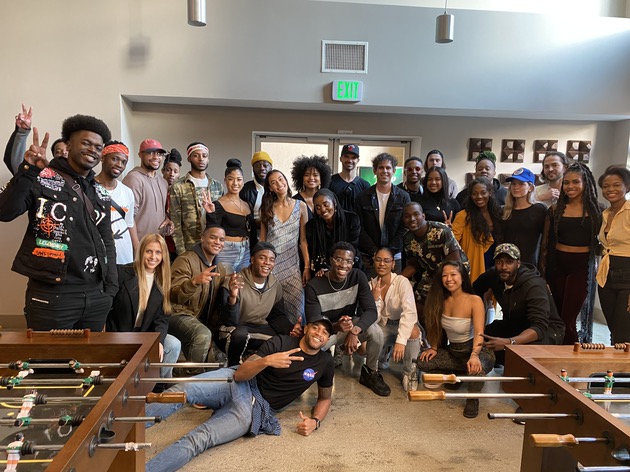 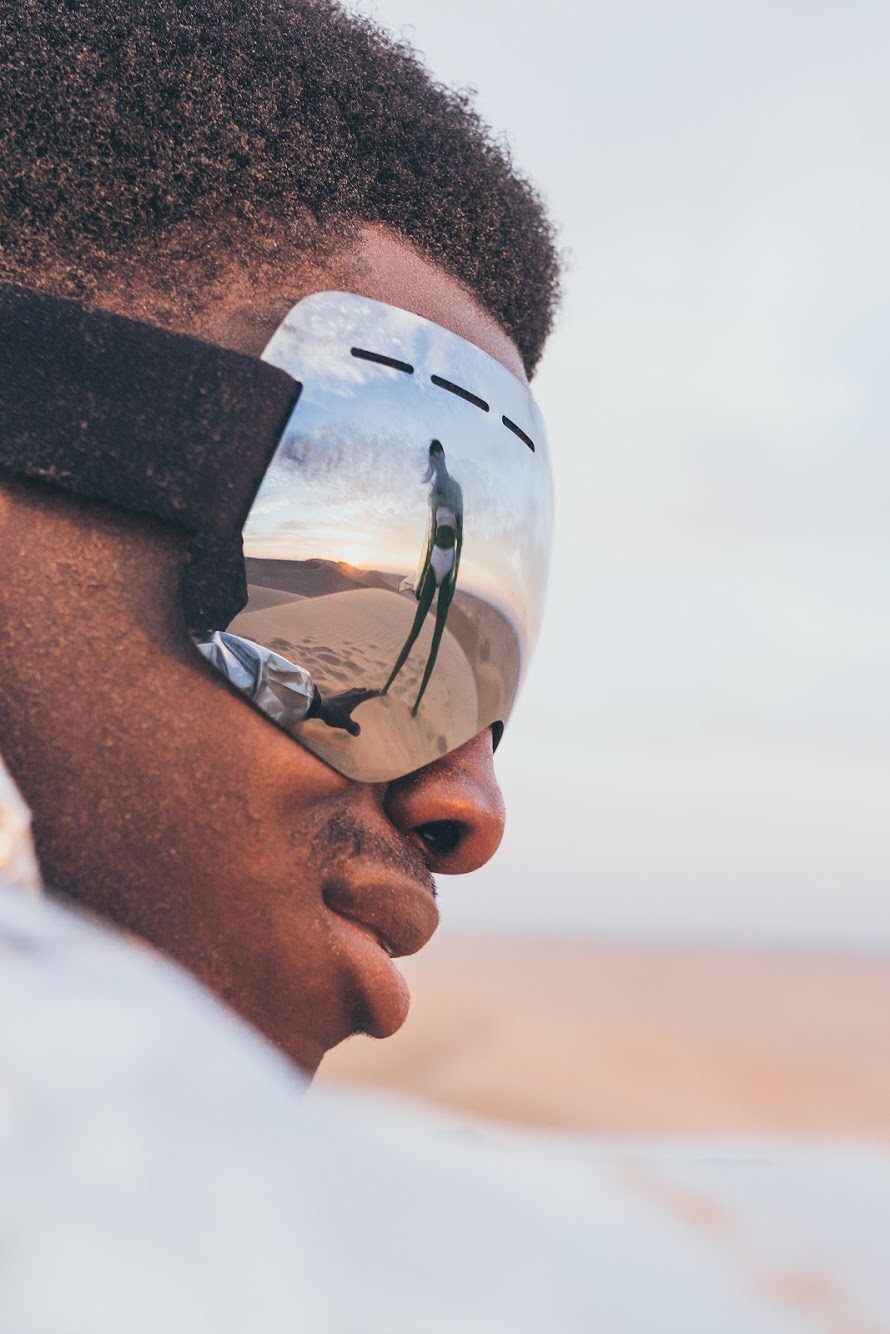 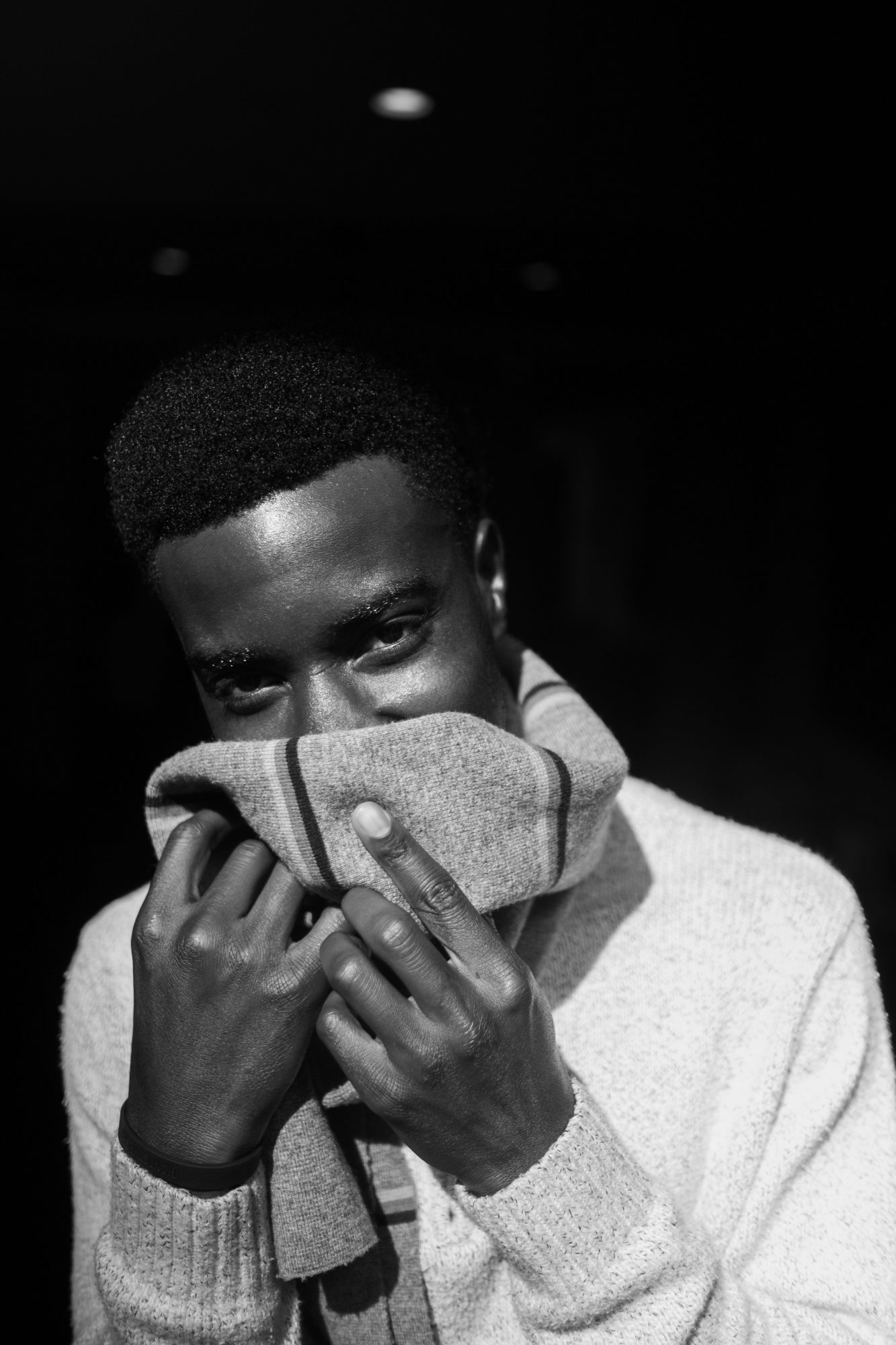 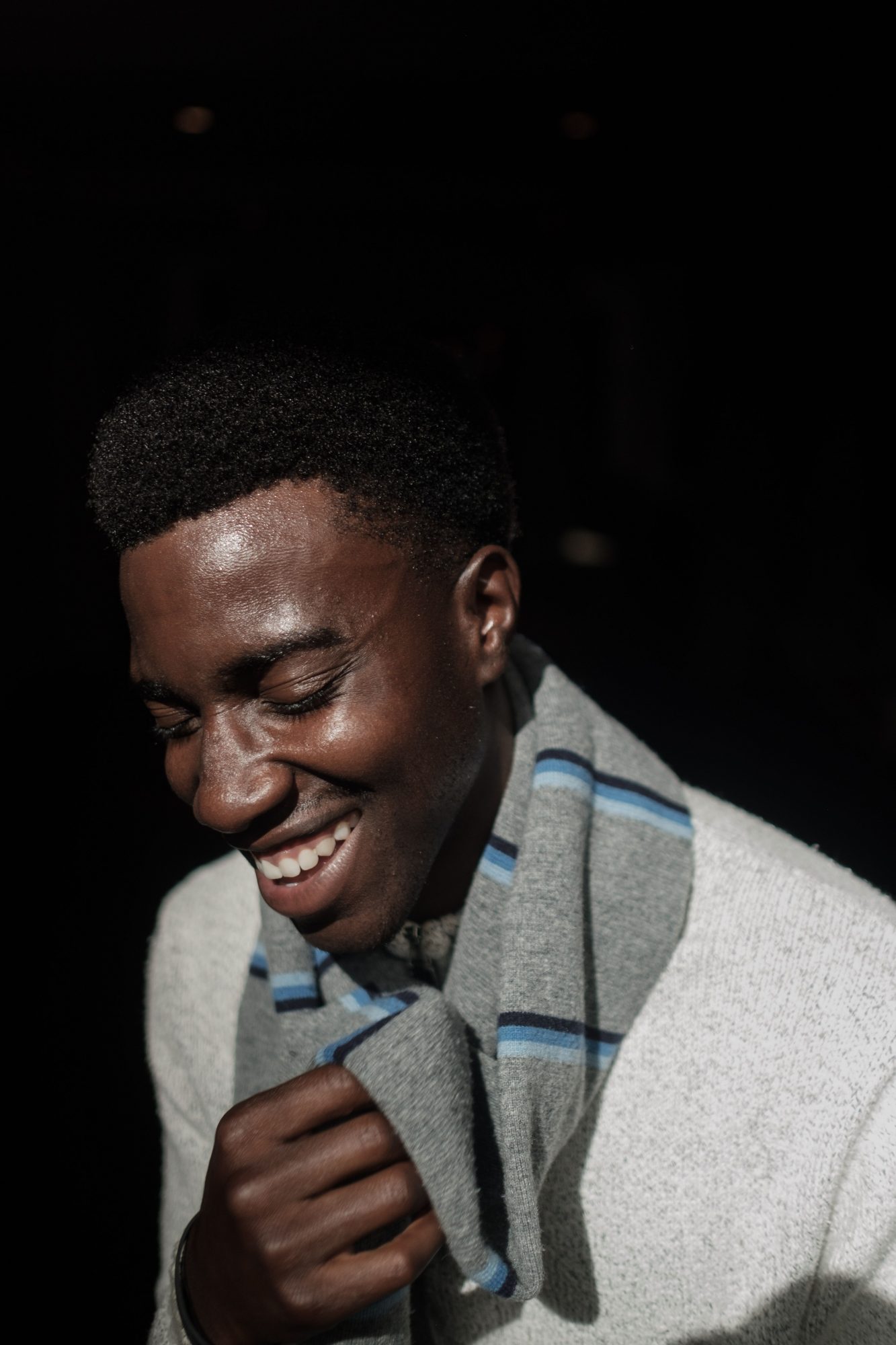 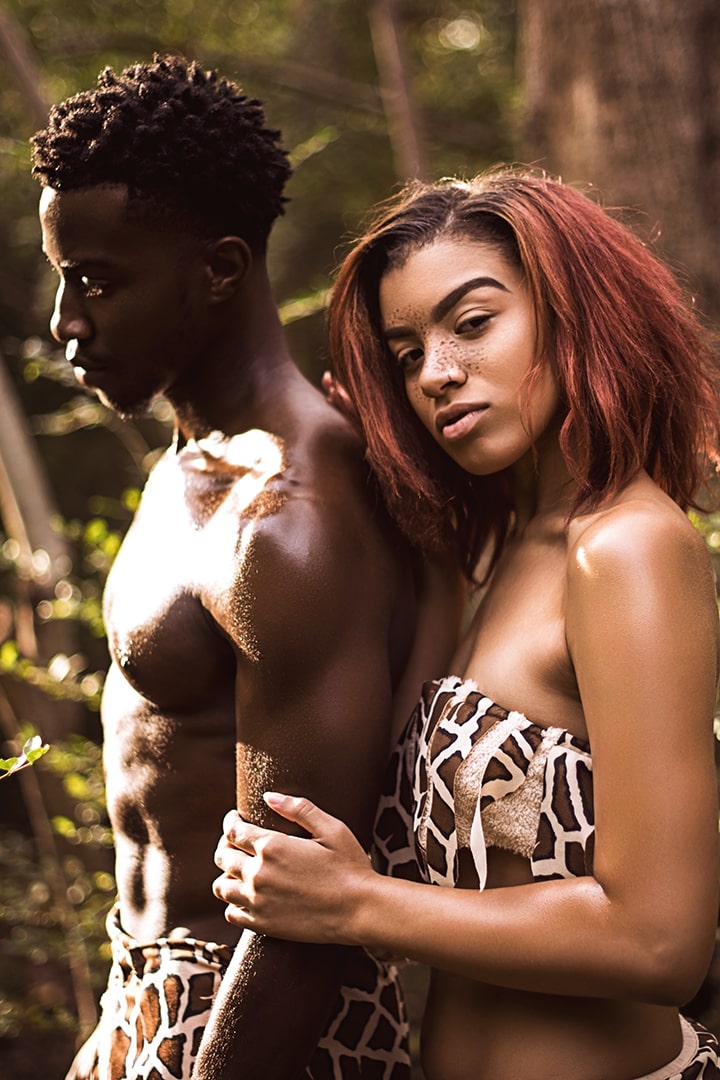 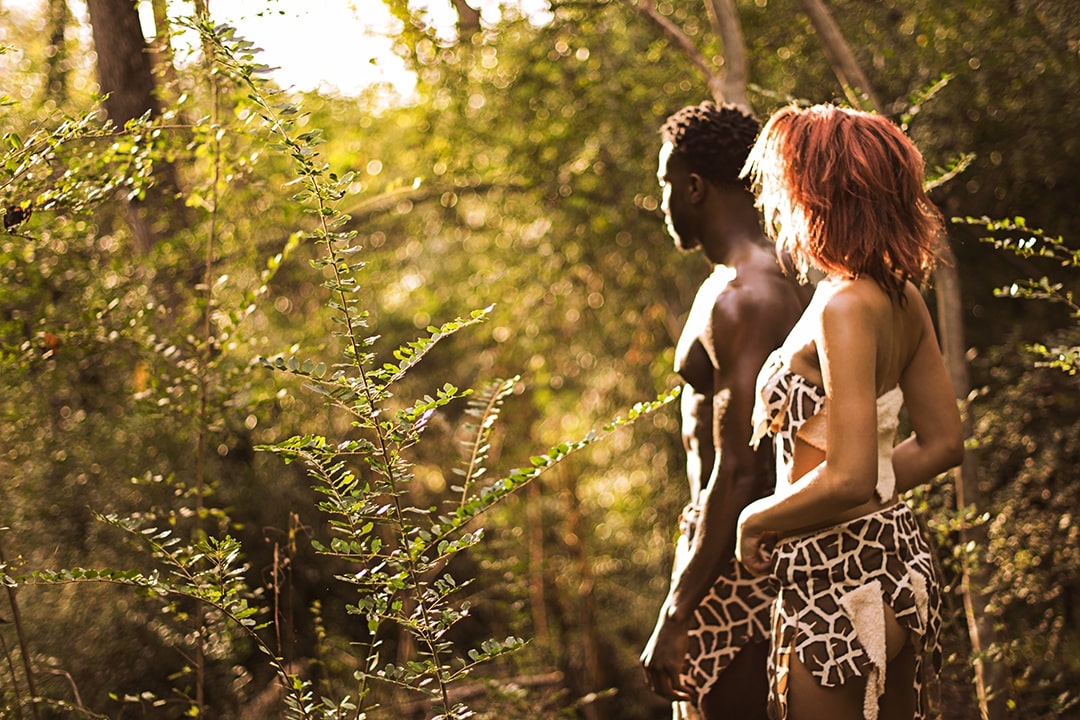