Today we’d like to introduce you to Erin Jones Wesley.

Erin, please share your story with us. How did you get to where you are today?
I’m currently earning my MFA as a film producer from the American Film Institute Conservatory. I’m the executive director and co-founder of non-profit, Club 42 and also the current Miss Santa Monica USA.

It all started with Club 42 which was after my DI softball career at Long Beach State, where I broke school DI pitching records for strikeouts, wins, and appearances that still have held to today.

I got involved with Club 42 when I met Johnny Buc Lockwood and Melissa Bowden while working with Major League Baseball for in Compton at their Youth Academy non-profit. Johnny and Melissa had headed down to the Youth Academy to partner with MLB for the concept Johnny Buc Lockwood and John Branca co-created, Club 42, a nonprofit that supports young athletes.

Club 42 was designed in the spirit of the legendary Jackie Robinson and his teammate and long time friend of the Robinson family, Ralph Branca.

Both John Branca, Ralph Branca’s nephew, and Melissa Bowden were parents of young baseball players who they believed should explore friendships with kids of socio-economical and ethnically diverse backgrounds from their own, which was not available in their local city little leagues. Johnny Buc Lockwood had just the idea to do it, and thus Club 42 was created the summer of 2014.

Over the years, I remained in contact with Johnny Buc Lockwood, Melissa Bowden, and John Branca and I would volunteer on the weekends driving from Newport Beach, Calif. to Encino, Calif. to help coach the boy’s baseball team and get the Club 42 program off the ground. I am now the executive director of Club 42, and our first class of kids that I coached are in high school and excelling. It brings me so much joy to see this group of now young men going back to help coach the younger kids at our camps now.

One of my favorite initiatives, “Fix the Field,” is where we began to renovate a baseball field at Rogers Park in Inglewood, Calif. which now serves as a hub for our clinics and camps for youth in the community.

Personally and professionally, Club 42 has helped me grow exponentially. I sometimes feel like I am growing up with the first group of kids I helped coach, and the parallels of their growth and mine brings me so much joy as time goes by. If it weren’t for Club 42, I would not have pursued the career of being a film producer nor even had the confidence to see that I could explore more options with my experience. Each production is like running a small business, and with my experience of Club 42, I felt confident with my business acumen and being at AFI has really broadened my abilities as being a great storyteller.

Similarly to the Club 42 kids by seeing more, I wanted to achieve more and I hope that by having these great opportunities we provide for our Club 42 kids they are able to dream big and work hard for who they want to be, and I will continue to lead by example as a producer and as Miss Santa Monica USA.

Overall, has it been relatively smooth? If not, what were some of the struggles along the way?
It hasn’t always been a smooth road, as building a business hardly is smooth sailing. I personally had to earn my respects as a baseball coach, as many were concerned that by me being a young woman, the boys might not be able to learn. The difficulty never came from the kids, however, they always welcomed me as “Coach Erin” with open arms.

One time I was coaching on the bench during a game, and an umpire came into the dugout and asked if I was the “mascot” or “team mom,” clearly I was upset, but became resilient to negative feedback.

People will always have something to say, and it’s important to not let highs get us to high or our lows to low. Consistency is key.

Please tell us about Club 42 LA.
Jackie Robinson once said, “A life is not important except in the impact it has on other lives,” and this quote is the theme of Club 42 and truly a quote I like to apply to my life as well whether it be when I’m wearing my “42” hat or my producer hat, or my Miss Santa Monica crown

This is why it is so important for me to take my education at AFI seriously, because we are learning how to be impactful, collaborative storytellers.

Now when it comes to Club 42 it can be expressed simply: (1) create sports teams with kids from different socio-economic backgrounds (2) rebuild a baseball field that could use a facelift to revive a city park (3) provide tuition awards to underserved students at prestigious private schools to join their more affluent teammates who can be a social bridge to a new school. (4) provide tutor assistance to help students succeed at new schools (5) offer once-in-a-lifetime experiences to give students the chance to dream big.

I am so proud of the experiences we have been able to give the kids, whether it’s playing basketball at a Beverly Hills mansion, participating in football drills on the Rose Bowl Stadium field, receiving coaching from current and former MLB players, teaming up with e-sports influencers in a Fortnite tournament, meeting wild mustangs at a SkyDog Ranch in Malibu, or dancing for a Las Vegas crowd preparing to watch the Michael Jackson Cirque du Soleil ONE Show.

While there are many non-profits that help underserved youth, there aren’t many that blend such a socio-economical blend of youth to come together to create friendships with others who may not have grown up in the same neighborhood. We also provide tuition awards, tutoring, camps to help expand the network to the underserved group of kids within Club 42.

If you had to go back in time and start over, would you have done anything differently?
I think we all have gotten to where we were meant to be, why regret anything that you can’t change? 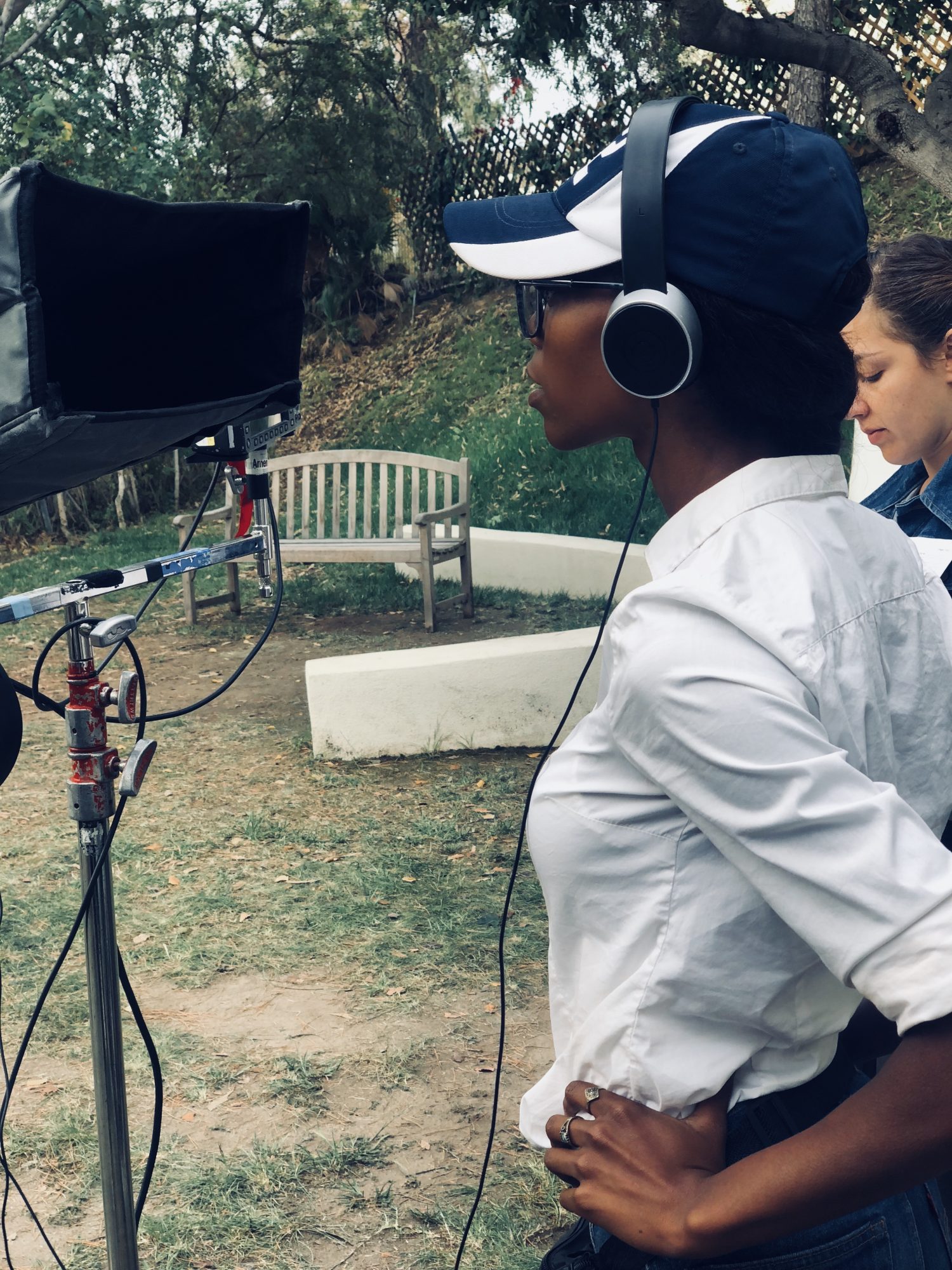 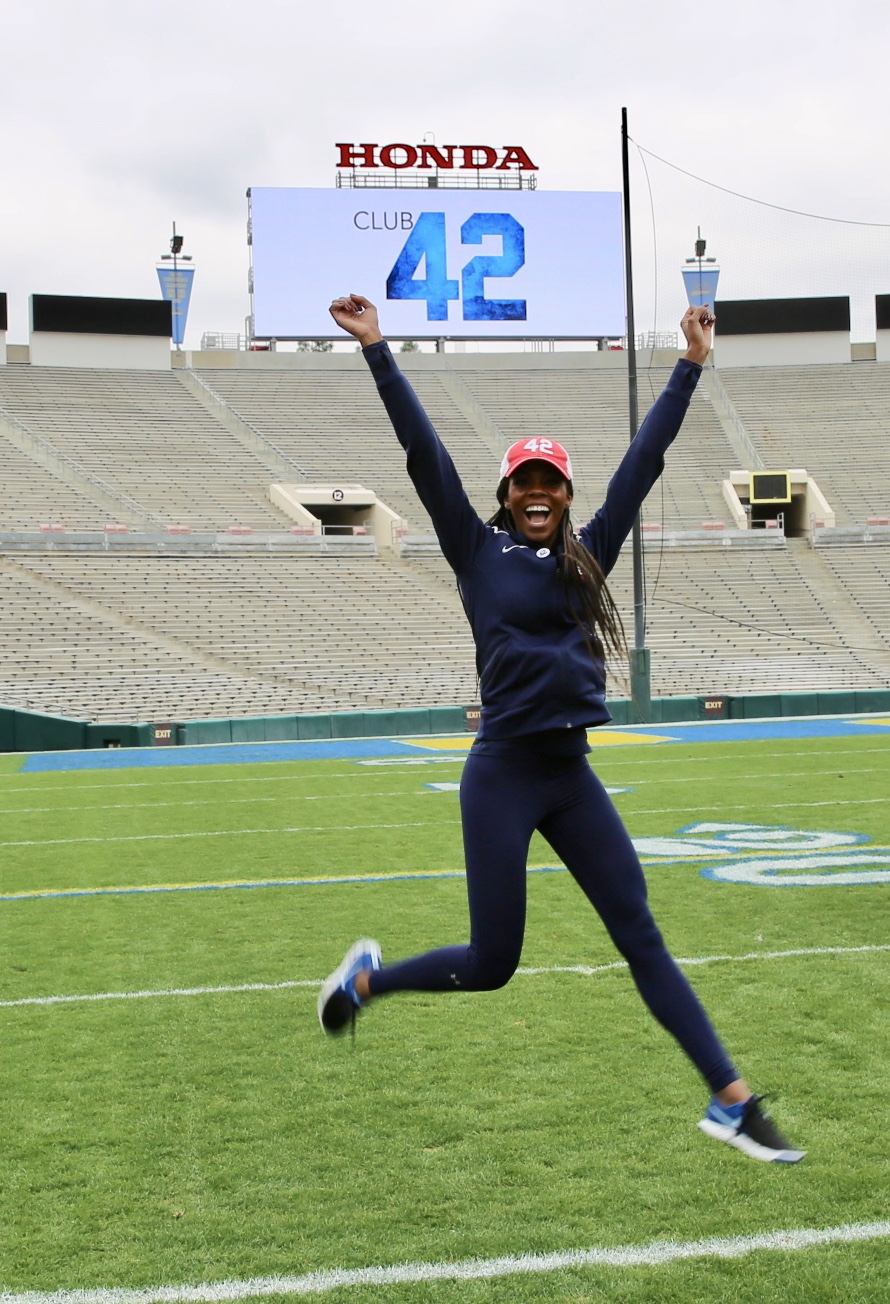 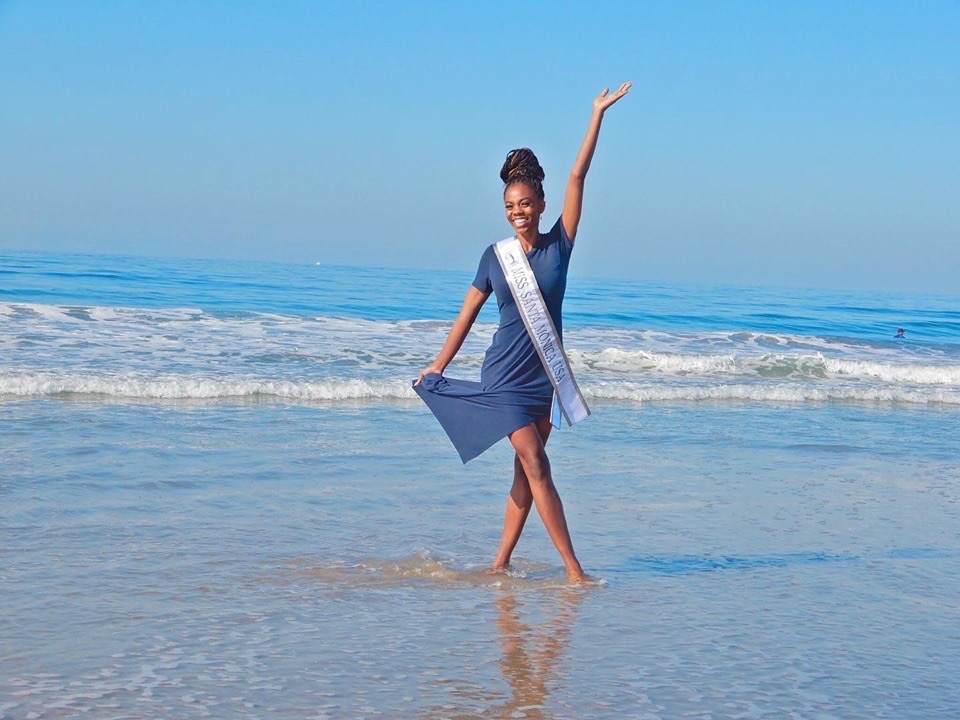 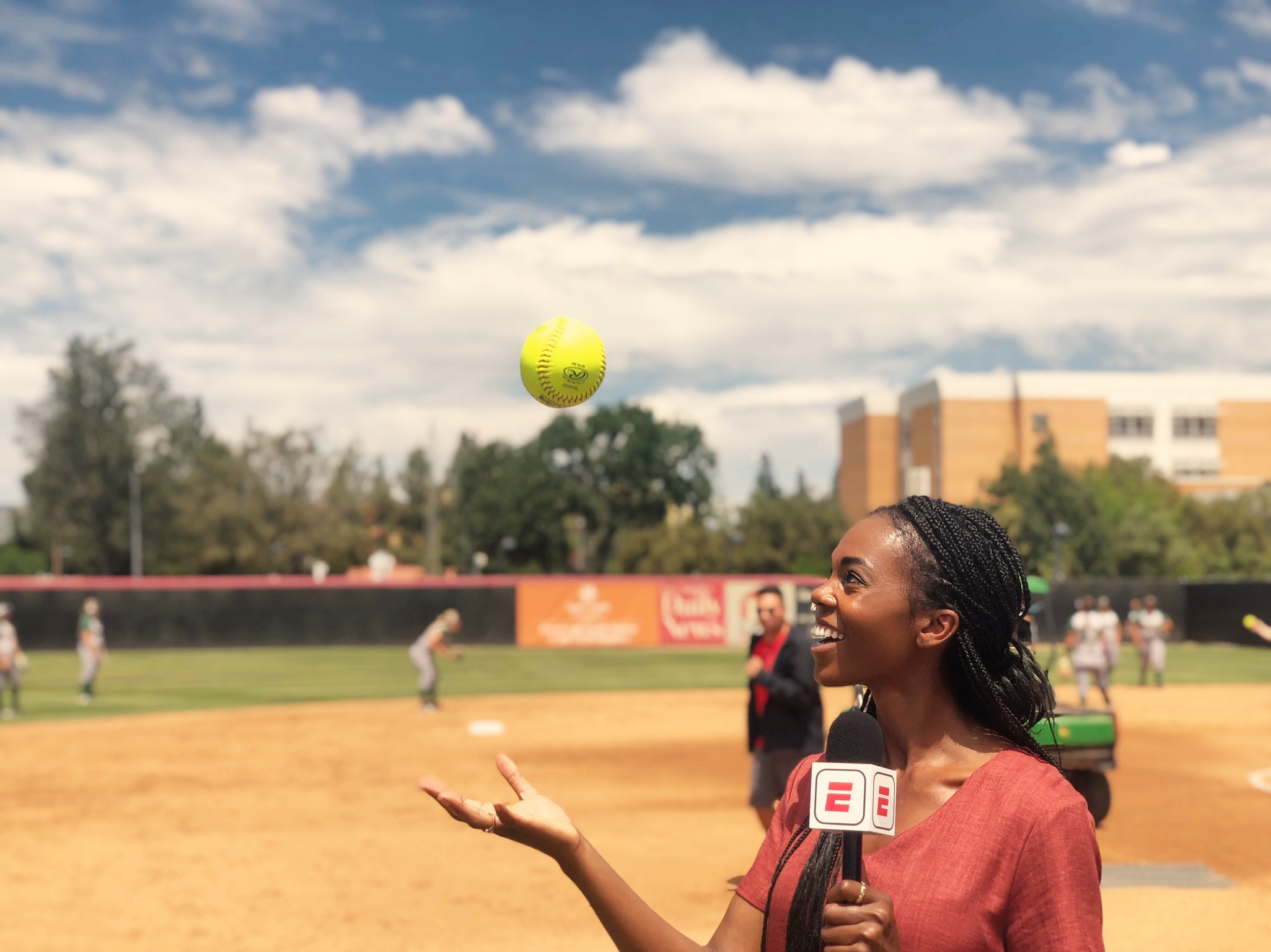 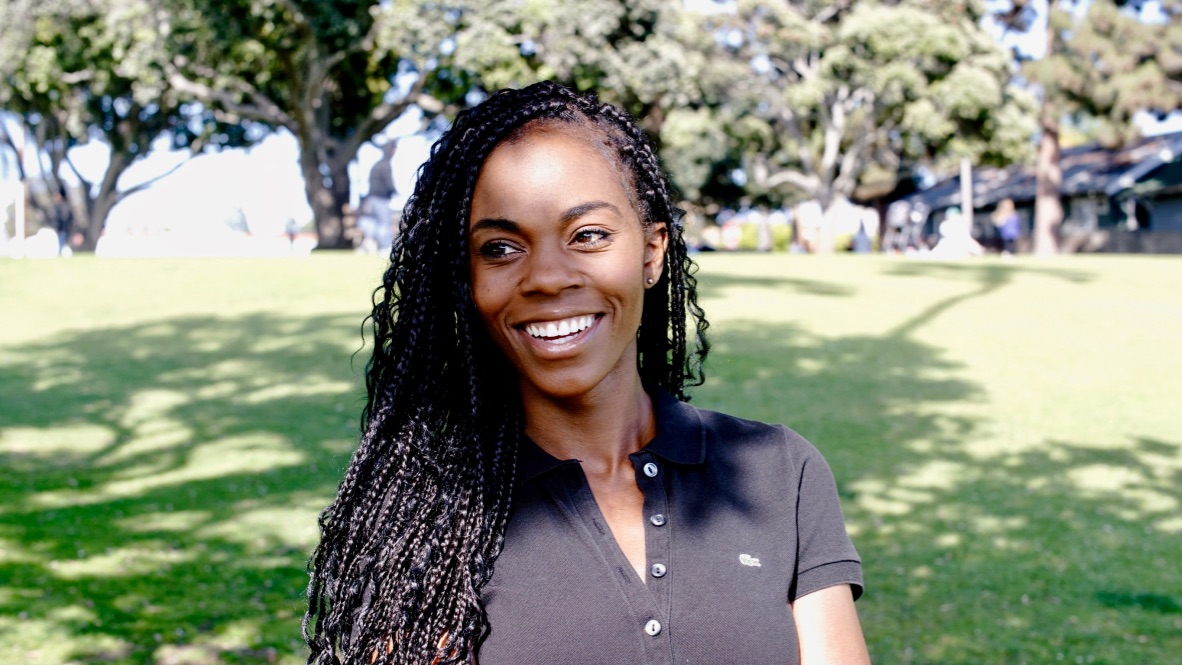