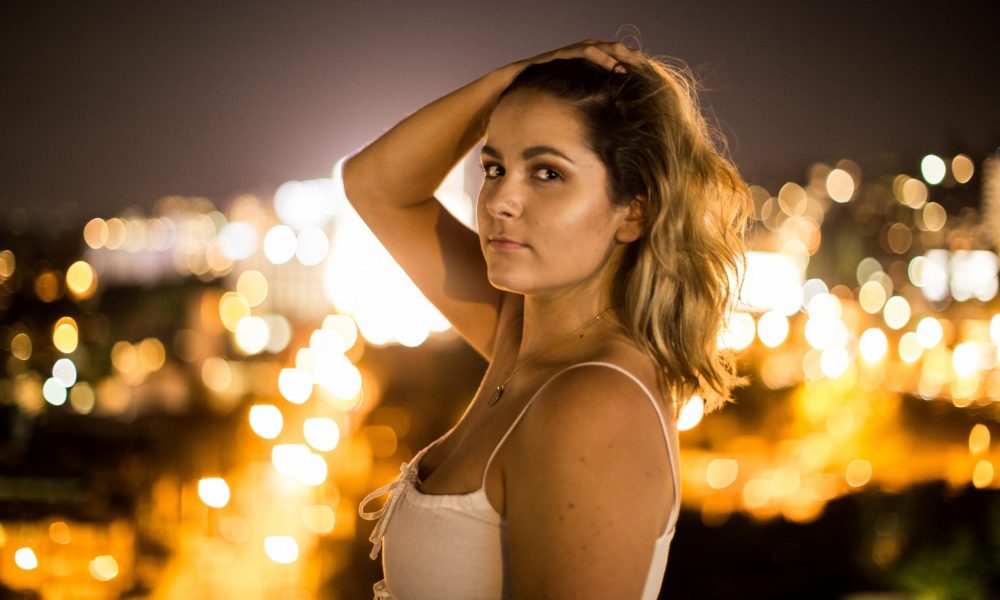 So, before we jump into specific questions, why don’t you give us some details about you and your story.
I started writing songs when I was 12 years old living in Nashville, Tennessee. My dad was a session drummer and musician, and I was surrounded by music and the music industry for as long as I can remember. I wanted to be a singer when I was a young kid and I remember an industry professional that I looked up to telling me that if I wanted to be a singer, I needed to start writing my own songs. That was where it really all began. After going through high school and taking some time to hone my craft as a songwriter, I realized I wanted to make music for a living. After high school, I was accepted into a handful of music colleges and decided on The New School because I knew that I wanted to pursue music separately from my liberal arts education and believed that New York City was the right place for that.

I have always been fiercely independent and my drive, combined with my college’s flexibility and support of young professionals, landed me in circles of extremely talented songwriters and artists in NYC. I was grateful to begin working with a close friend and collaborator named Matt Hartke. Matt and I released a song together when I was just 18, called “Gold” that was placed on regular rotation on Sirius XM The Coffee House for quite some time, as well as accumulating nearly 17 million streams on Spotify to date. After this song and another one that I wrote entitled “Boy,” (also played on Sirius XM The Coffee House), a popular radio DJ named Zach Sang heard my song and connected me with my management based out here in LA. After many trips back and forth from NYC to LA writing music, I eventually made the move out to LA in June of 2018. I just signed my first publishing deal as a songwriter last month with Atlas Music Publishing.

Overall, has it been relatively smooth? If not, what were some of the struggles along the way?
Personally, the biggest challenge I’ve had to overcome has been confidence in myself. My insecurities manifest in many ways. Particularly, the most difficult have been confidence surrounding my body and body image. I’ve realized when I feel overwhelmed or I’m putting too much pressure on myself in my music, that I try to control any area of my life in an attempt to gain stability. With body image, I’ve struggled with my relationship to food and exercise as well as generally just loving myself. It has taken a lot of time and work to get to the healthy place that I am in now. But today, I know that when I hear that voice in my head being too hard on myself, I correct it and choose self-care and love.

We’d love to hear more about your work and what you are currently focused on. What else should we know?
As a songwriter, I’d say that I play two roles. I either get to be someone else’s therapist for a day or my own. There are so many unbelievable writers in Los Angeles and everyone has their own style and sound. What I feel like I do best, personally, is capturing a feeling. If I’m working with an artist, for example, I’ll ask them to talk about what’s going on in their life or to tell a story. Taking notes and writing down their exact words as well as asking questions helps me understand them better. My number one rule in a session is to make sure that the lyrics, the melodies, and the rhythmic cadence delivers the story. It is easy to be more concerned with the coolest or trendiest melodies or sounds especially when working at such a competitive level, but I’ve found the songs that resonate with people are the ones that they can feel. It is such an abstract concept, which is why I feel like it can be so challenging, but I always aim for the listener to feel like they’re swimming in the feeling.

What is “success” or “successful” for you?
It is so hard to answer this because I still feel like I’m at the very beginning of my career, but I’d say, to date, the proudest moment of my career was signing my publishing deal. It wasn’t so much about the validation of “signing a deal” though. It was the fact that I had very intently set a goal for myself and achieved it. Signing my deal felt special to me because it took so many personal challenges to get to the mindset that I was in when I finally did sign it. I constantly battled with self-doubt and how to trust in my instincts. It wasn’t until I abandoned my fears and doubts and decided that I was going to make music forever regardless of everything else, that I was ready to sign my publishing deal. Finally arriving at that mental headspace is how I would measure success thus far in my life. 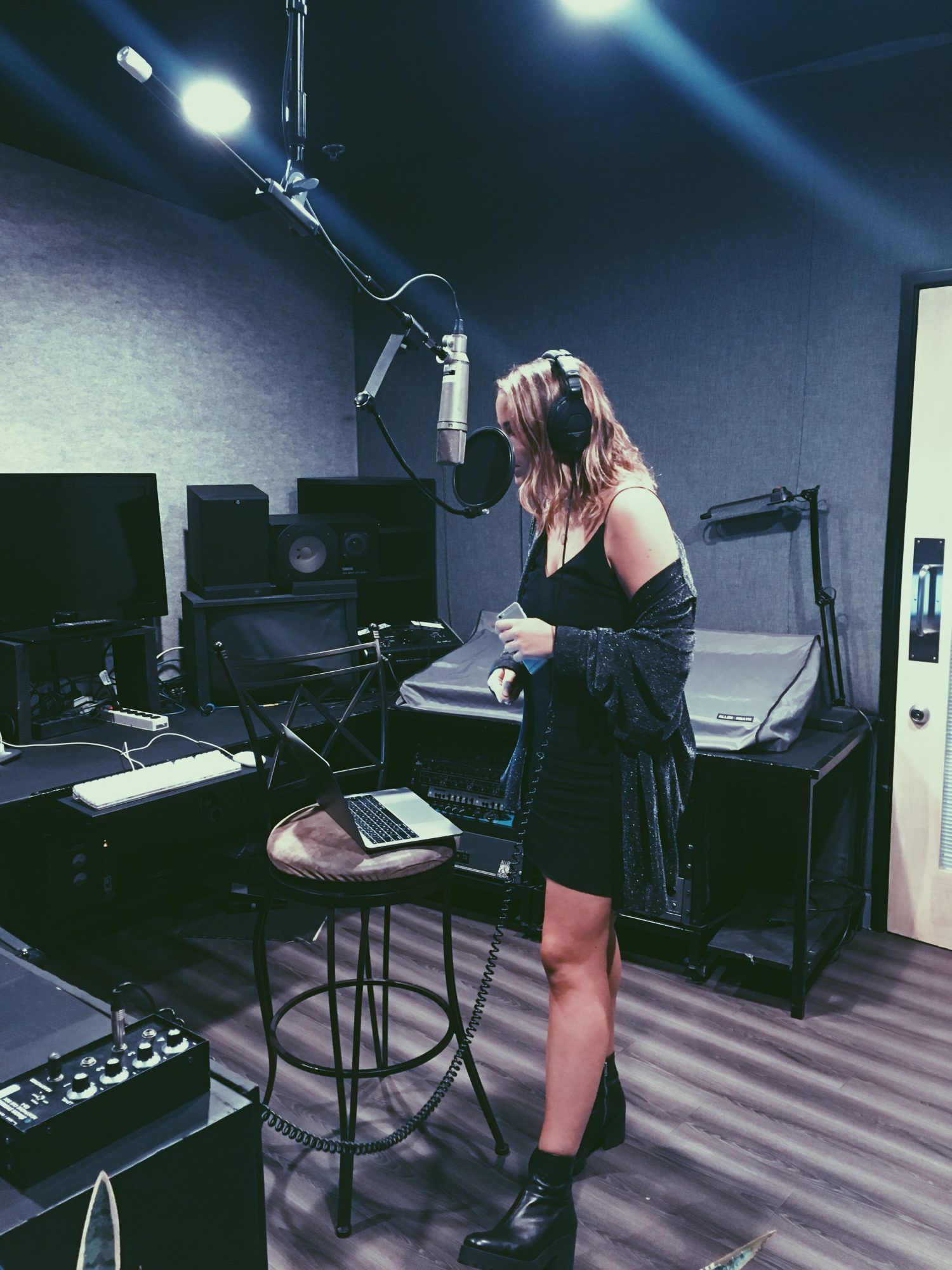 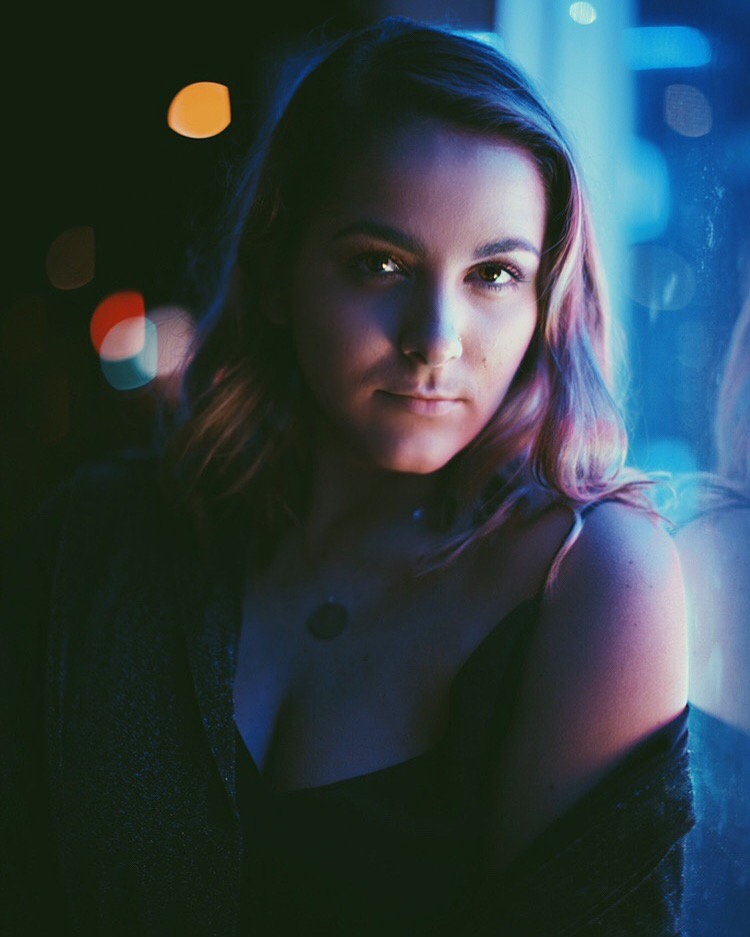 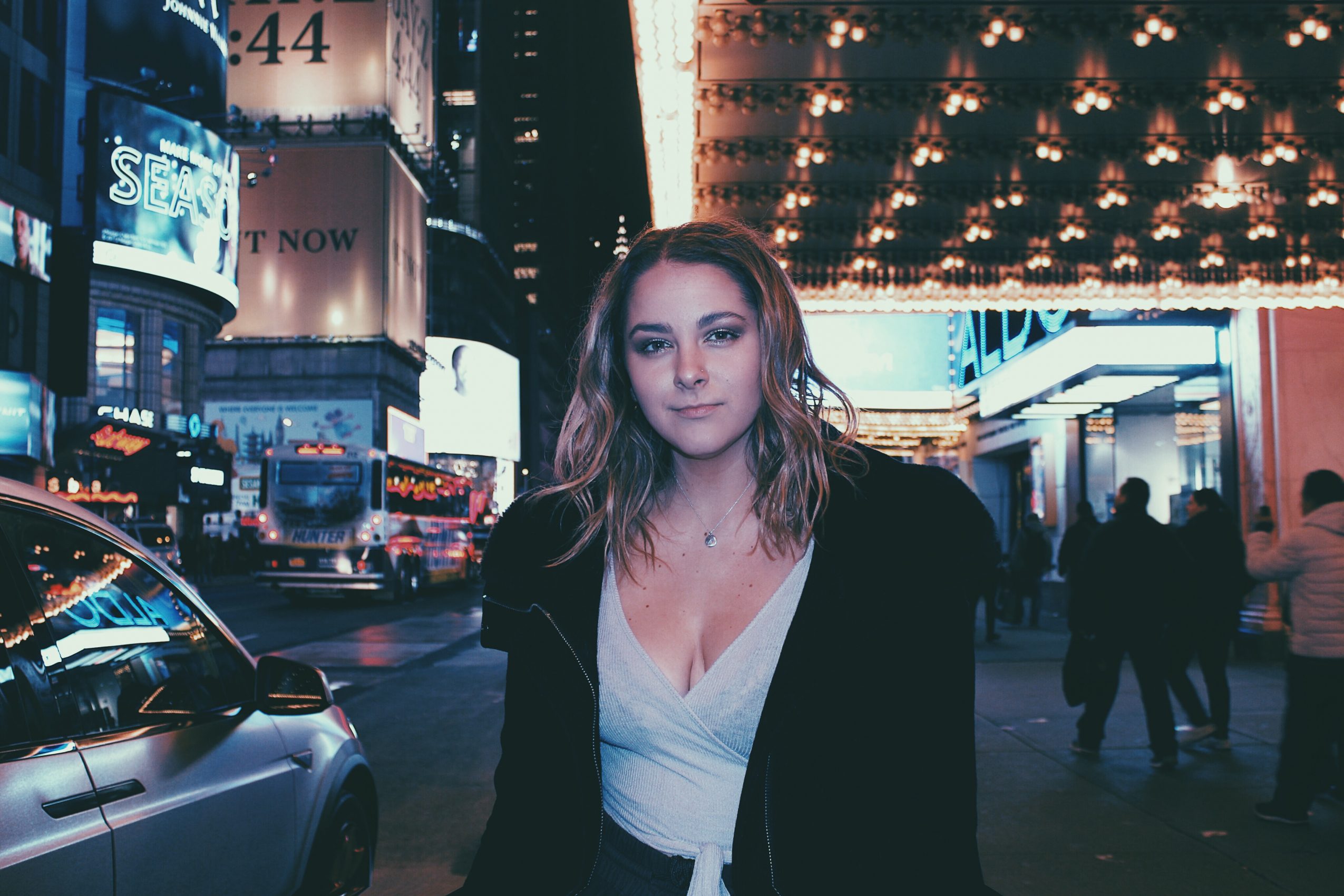 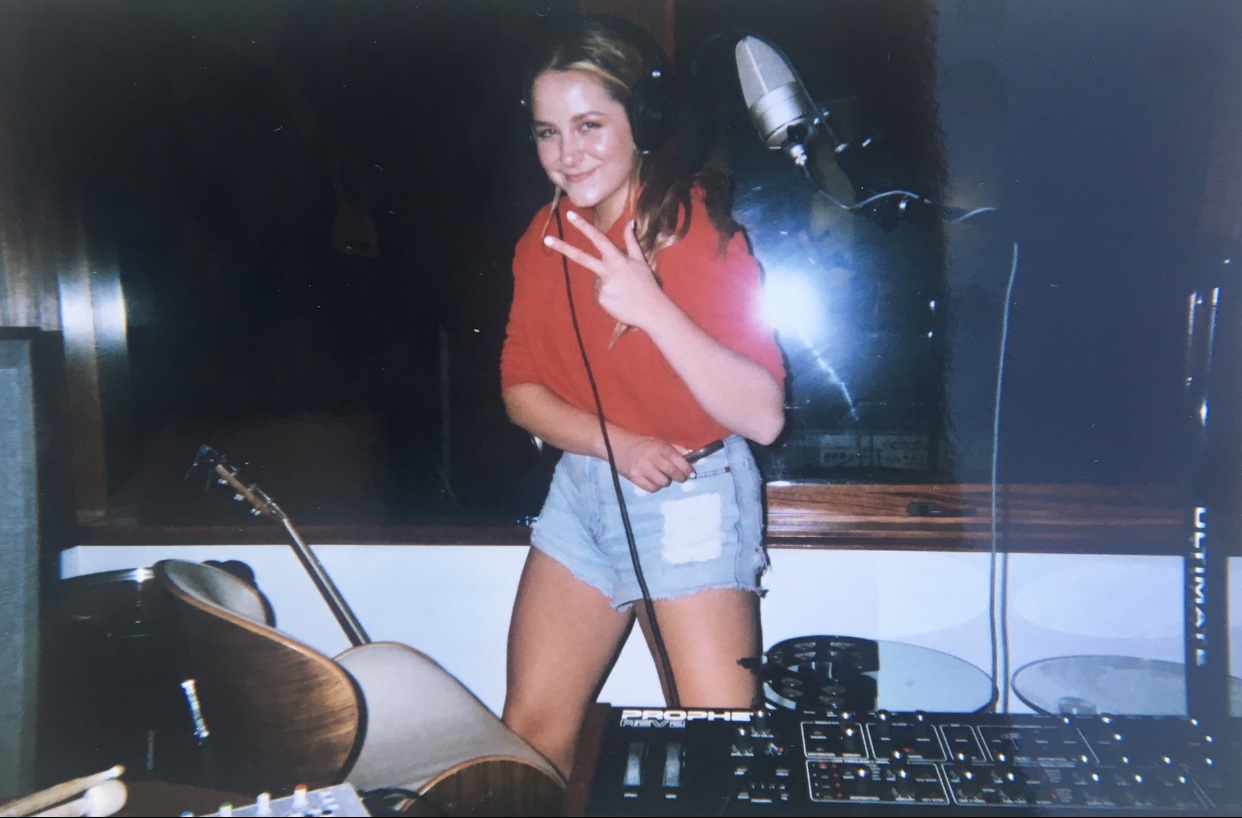 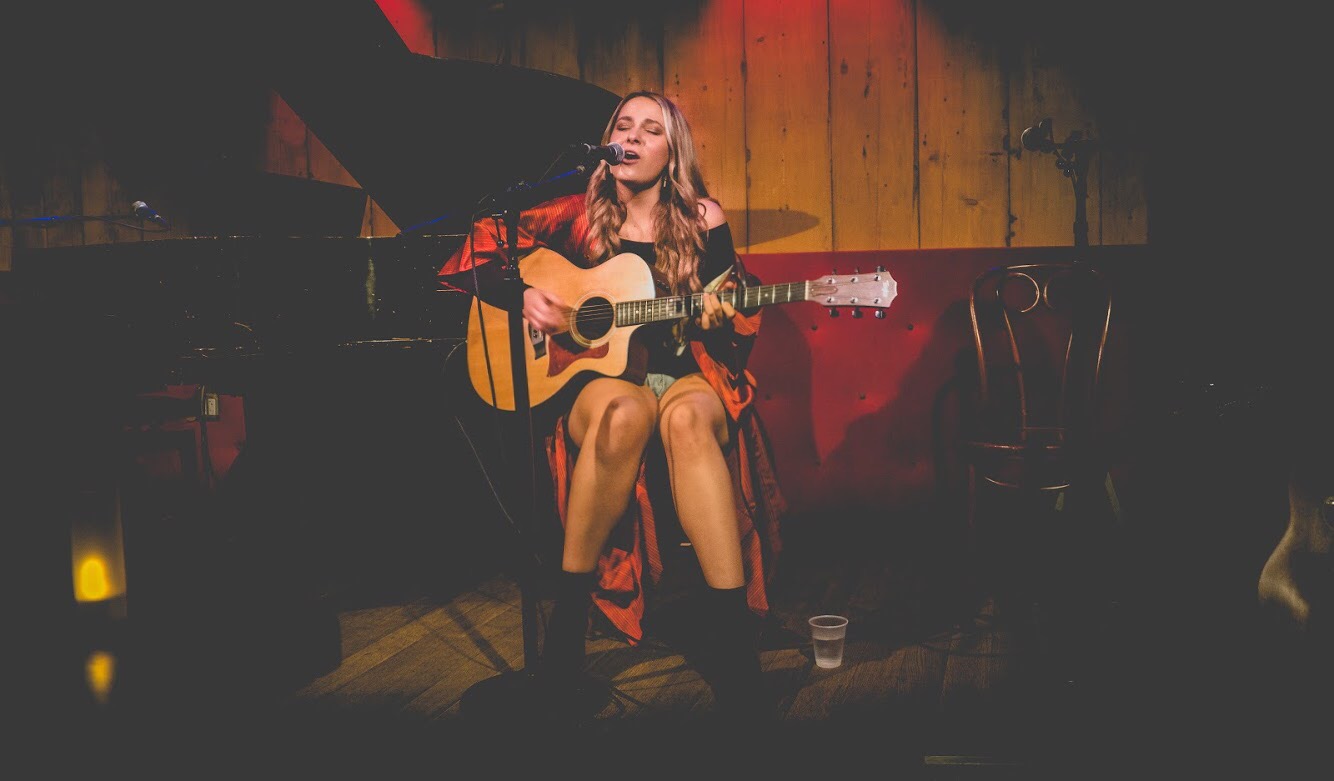