Meet Elise Solberg of Turn Up Her Mic in Culver City 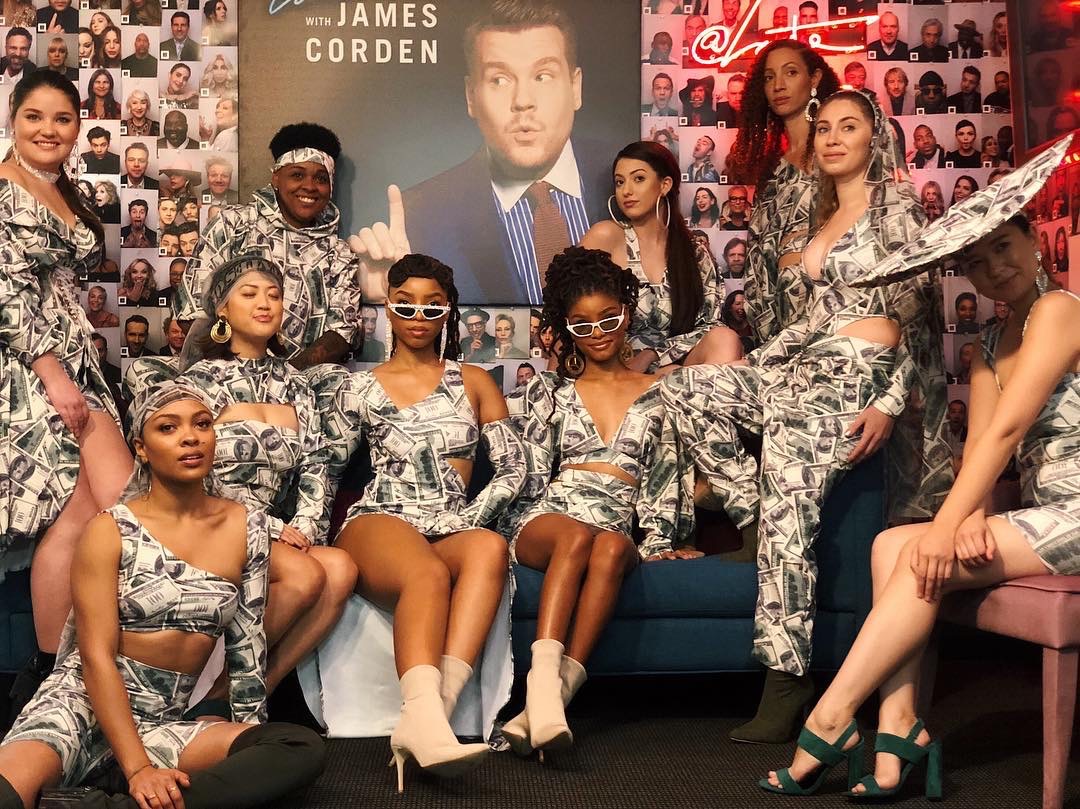 Today we’d like to introduce you to Elise Solberg.

So, before we jump into specific questions, why don’t you give us some details about you and your story.
I’m a pianist, songwriter, musical director, composer and producer based in Los Angeles. In Tokyo, Japan, I was born into a musical family. My home was constantly filled with a variety of music; the luscious strings from Brahms’ symphonies, the exquisite vocal phrasing of Frank Sinatra, and the sonic punch of Linkin Park. My passion for many styles of music proved to stick with me for many years to come. My parents are both musicians, and they noticed one day that I picked up the Japanese national anthem by ear and began re-harmonizing it on the piano at the age of four. As my musicality developed, my mother decided to advance my music education. I auditioned and was accepted into the Yamaha Advanced Piano Academy in Tokyo at the age of seven, until moving to Denver, Colorado a year later in 2004.

In Denver, I studied classical music and theory intensively under Dr. Fifi Hut, Dr. Richard Holbrook and Larry Graham. I performed extensive and challenging works by Ravel, Beethoven, Prokofiev, Rachmaninoff, Mozart, Chopin, Bach, Schumann, and more. As I gained more skill in the classical repertoire, my teachers encouraged me to enter competitions and music festivals. I ended up winning prizes in competitions sponsored by Yamaha, Kawai, and Steinway and attended the International Institute of Young Musicians for three years. I made my debut as a soloist with an orchestra in 2013 with Parker Symphony playing Gershwin’s “Rhapsody In Blue.” In 2014, I won first prize in the Schmitt Music Competition and received an opportunity to perform Beethoven’s 5th Piano Concerto with the Breckenridge Festival Orchestra in August of 2014.

In the fall of 2014, I began studying at the Thornton School of Music at the University of Southern California. There, I began pursuing piano performance studies with a classical emphasis under Dr. Stewart Gordon. I continued intensive classical training and continued competing. During my time at USC, I won prizes in the Sigma Alpha Iota Competition and Rio Hondo Young Artists Competition in 2017.

Although I loved immersing myself in the classical program, I felt a strong connection to the other kinds of music being performed by other students at school. After observing my talented classmates in the other exciting programs of Thornton, I wanted to get involved somehow. I pursued my interest in jazz by studying with my beloved mentor, Russell Ferrante from the jazz department. In my final year, I immersed myself in the ground-breaking popular music program, headed by the great Patrice Rushen. The popular music program set a strong foundation for me in songwriting, arranging, producing, musical directing, and performance. I owe so much of my popular music foundation to my mentor, Patrice Rushen, whom I studied with. Patrice really encouraged me to pursue contemporary music professionally and I can’t be more thankful.

In March 2018, I became a finalist for the John Lennon Songwriting Contest for an original song I wrote called “Home.” In the same month, I also got the opportunity to record an original song written with Jessi Mason at the notorious NRG studios, where I also discovered my passion for studio work.

In June of 2018, I got the call to perform at the MTV Movie and TV Awards with GRAMMY nominees Chloe x Halle, which broadcasted nationally. In November of the same year, I performed again with Chloe x Halle on the “Late Late Show” with James Corden. I also started getting opportunities to perform on TV shows. I was cast as a pianist on hit ABC sitcom The Kids Are Alright, while I kept performing with Chloe x Halle. In 2019, Chloe x Halle were nominated for two Grammys. We got to perform at the Spotify Grammy Party for Best New Artist nominees. Before the COVID-19 pandemic shut the music and film industry down in March 2020, I also got to be a pianist on NBC’s The Unicorn.

During the beginning of the COVID-19 pandemic, I entered and became a prize-winner in a contest judged by Beyoncé’s music director and producer, Derek Dixie, whom I’ve also worked with. I submitted a song called “Mama Said,” which I wrote, recorded, produced, and filmed all in my bedroom. Starting in September 2020, I am also embarking on a scoring project I’m not allowed to talk about yet, but I am extremely thrilled to be a part of it.
​
As I started working professionally in the music industry a couple of years ago, I began noticing how truly male-dominated the music industry is. I started the non-profit organization, Turn Up Her Mic in July 2020 to showcase female musicians and the challenges that come with being a female in the music industry. Focusing on traditionally underrepresented career paths of female musicians, producers, music directors and more, Turn Up Her Mic showcases exceptional women in those fields through virtual panels, masterclasses, podcasts, and more. The organization executed two successful virtual panels thus far, including panelists who have played with artists like Beyoncé, Rihanna, Ariana Grande, BTS, John Legend, Stevie Wonder, and much more.

Has it been a smooth road?
Although I consider myself lucky in my professional journey, many challenges still have presented themselves along the way. As many freelance musicians know, it is difficult to navigate “dry spells” and times when work isn’t as abundant. What many people don’t see is that we’re still “working” during times when we’re not actually on a gig. In order to maintain our craft, we MUST practice. We don’t get paid to practice for the thousands of hours that we do, but it is still work nonetheless. And when the time comes when we’re actually on a gig, oftentimes us female musicians are the only woman in the room. Personally, there have been times when my skill level was doubted by people in the room BEFORE I even started playing. It’s this type of doubt, especially coming from male cohorts, that I’ve had to overcome. Your worth will be challenged just from being a woman, and you just have to be your best advocate. That’s why I started Turn Up Her Mic, to let young female musicians coming up that this happens to many of us. I want them to feel empowered of knowing their worth and to just keep going.

We’d love to hear more about your organization.
Turn Up Her Mic is a non-profit organization I founded. We operate Turn Up Her Mic online and reach people primarily through Instagram. It was started during the COVID-19 pandemic as a way to reach people all around the world who are interested in the music industry. Since this organization was started recently in July of 2020, we are just beginning to find more people to work on our team as our operations expand. So far, Turn Up Her Mic has specialized in showcasing female musicians – especially instrumentalists. There are a lot of challenges females who play INSTRUMENTS face, so our virtual panels so far have focused on instrumentalists. There are a lot of non-profits out there now that empower women in the music industry. However, before I started to Turn Up Her Mic, I had yet to see any organizations really showcase female instrumentalists. There are a lot who showcase female industry folks and songwriters, but none solely for female musicians. We are most proud to showcase women who are both exceptional at what they do, but who also have the courage to speak up in an industry that constantly underestimates them.

Is our city a good place to do what you do?
I would say yes. Los Angeles is home to a lot of where the action takes place in music, especially popular music. It isn’t the sole location, but many of the cherished institutions for recorded and live music (record labels, studios, live venues, etc.) are here. If contemporary music (in its many career paths) is your true passion, I would recommend moving out here. I have to emphasize that you truly have to be dead-set on music, though. As many opportunities as there are out here, the cost of living is more expensive than most of the country. You will have to make some sacrifices to succeed. But it is all worth it if you think your business is needed here in LA. 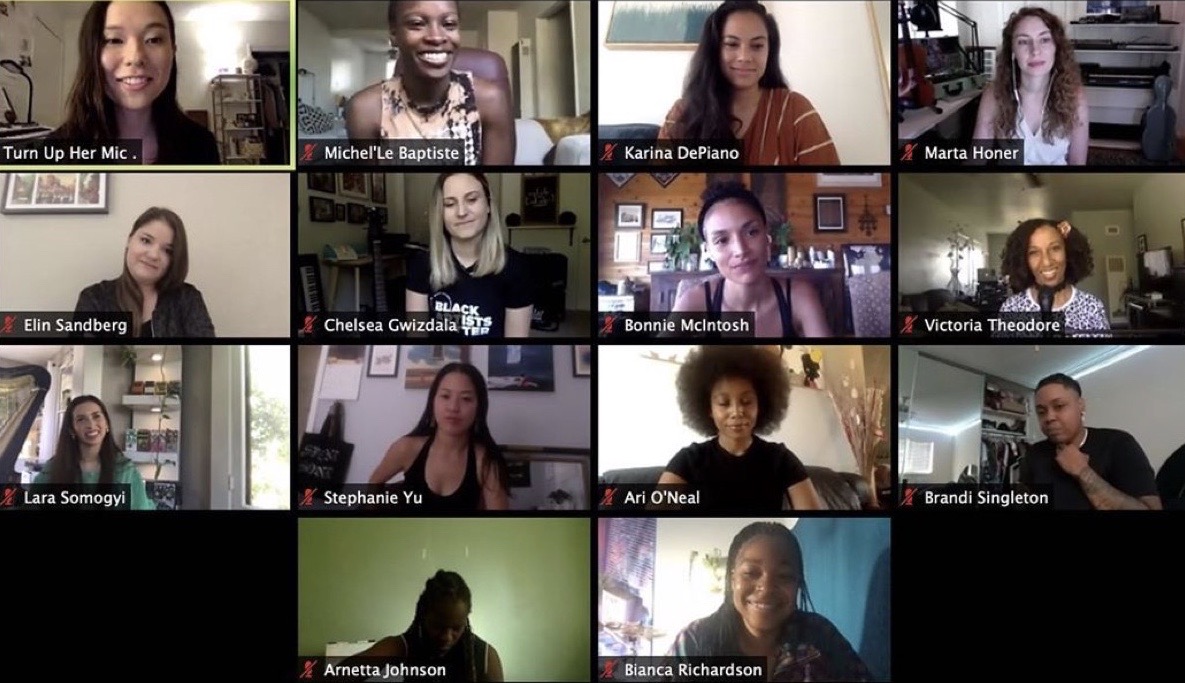 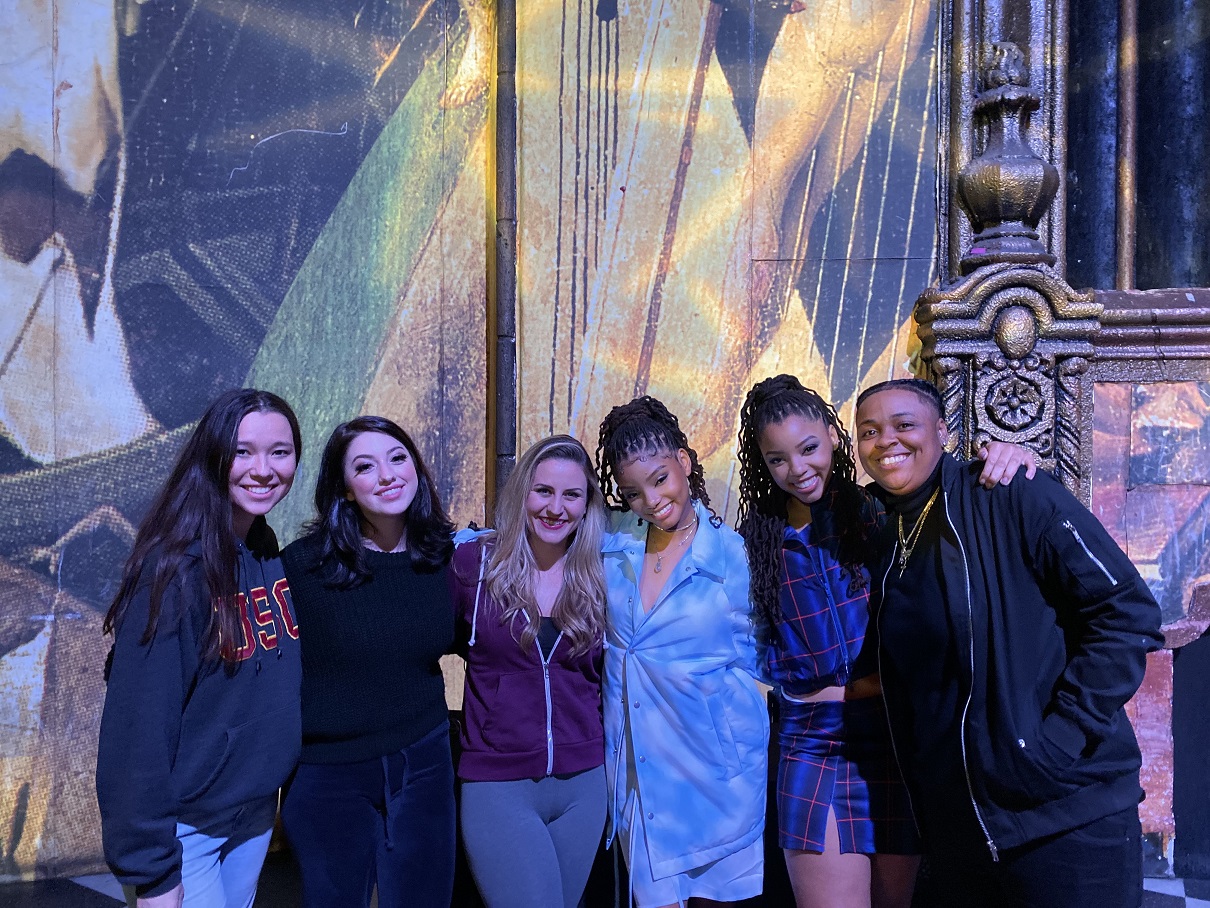 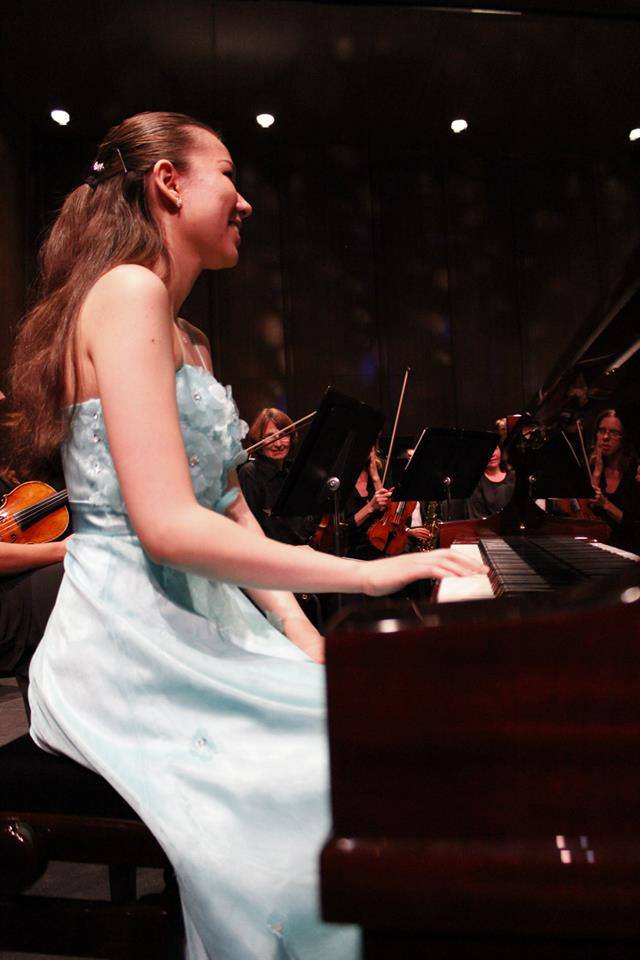 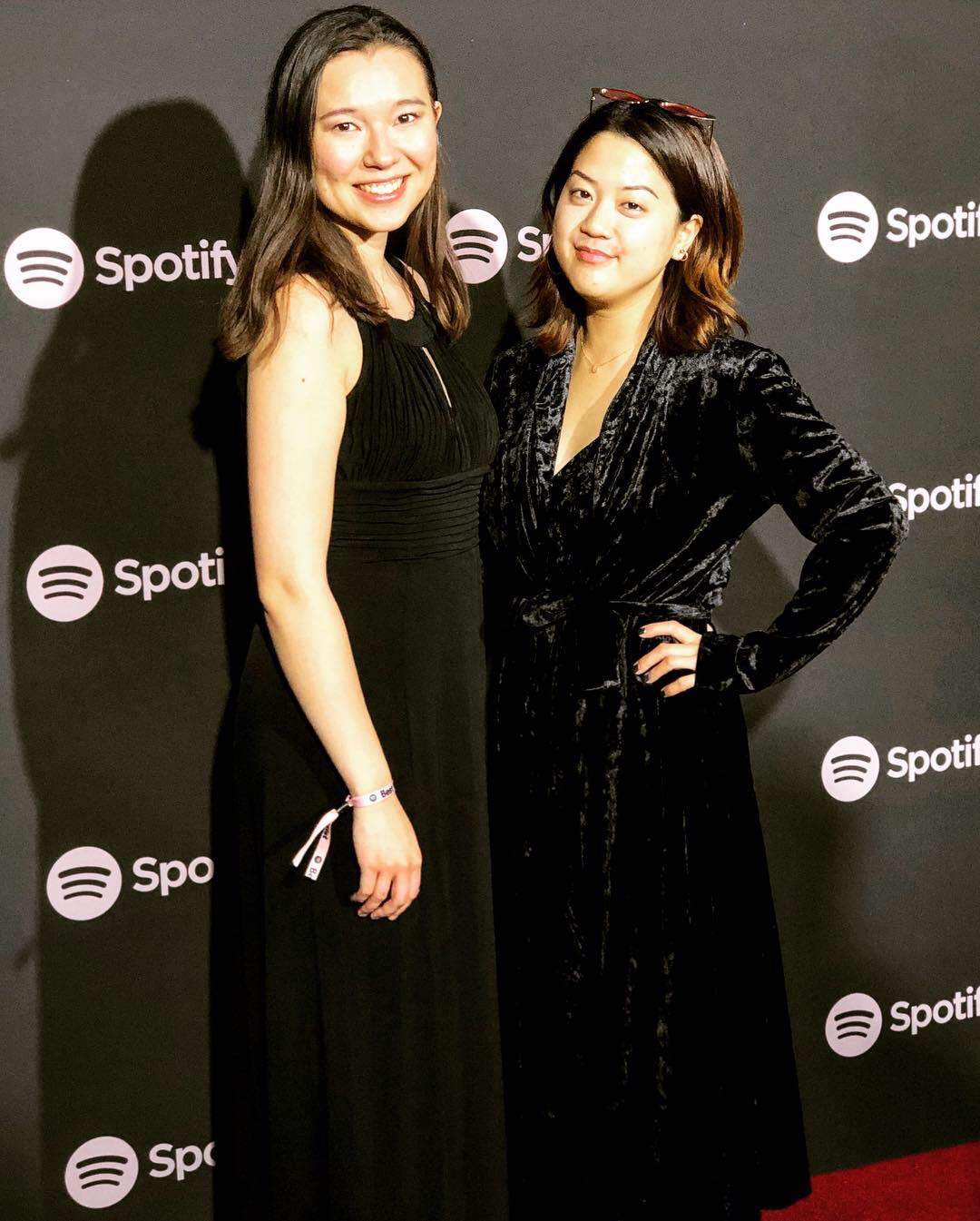 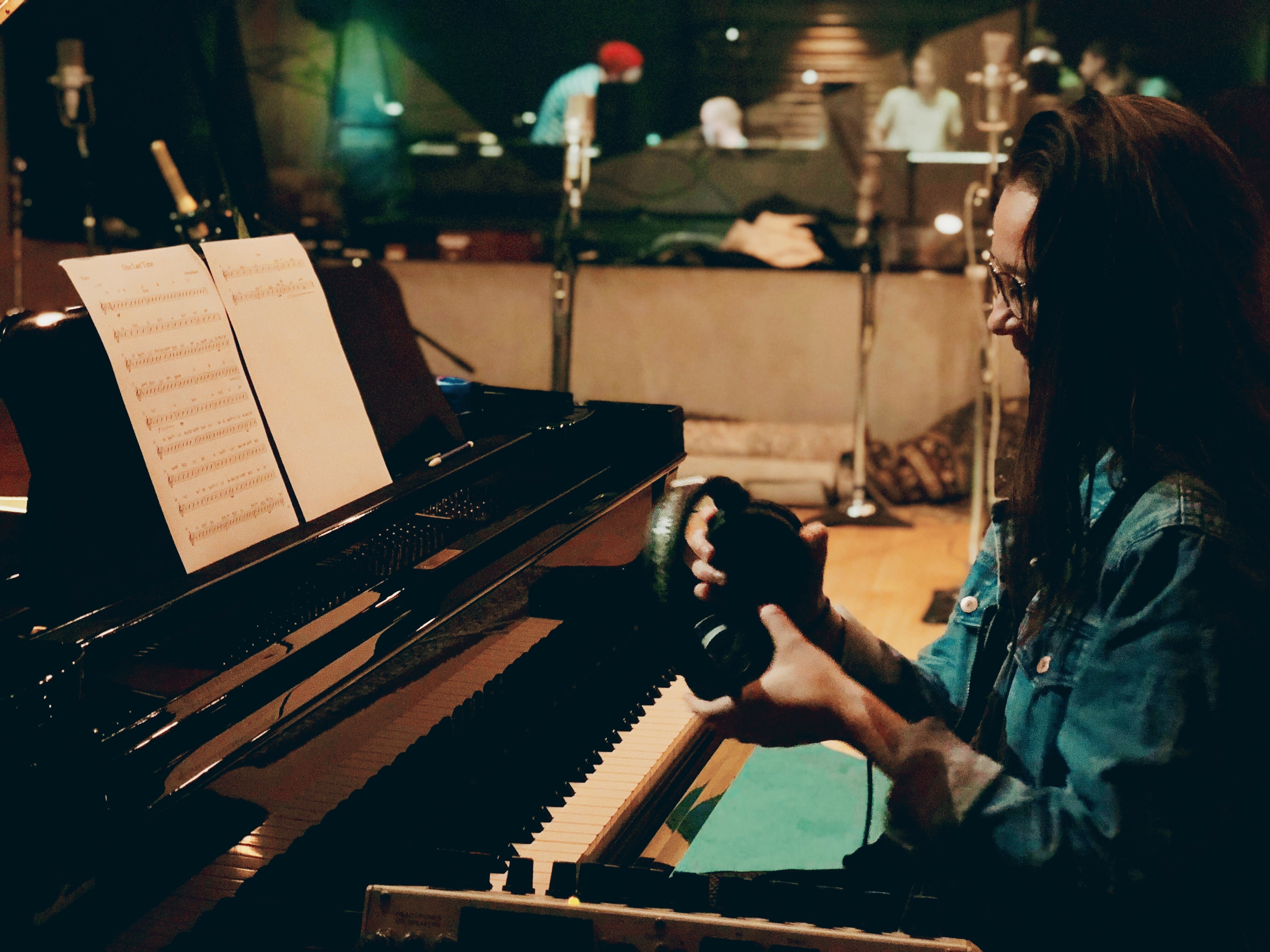 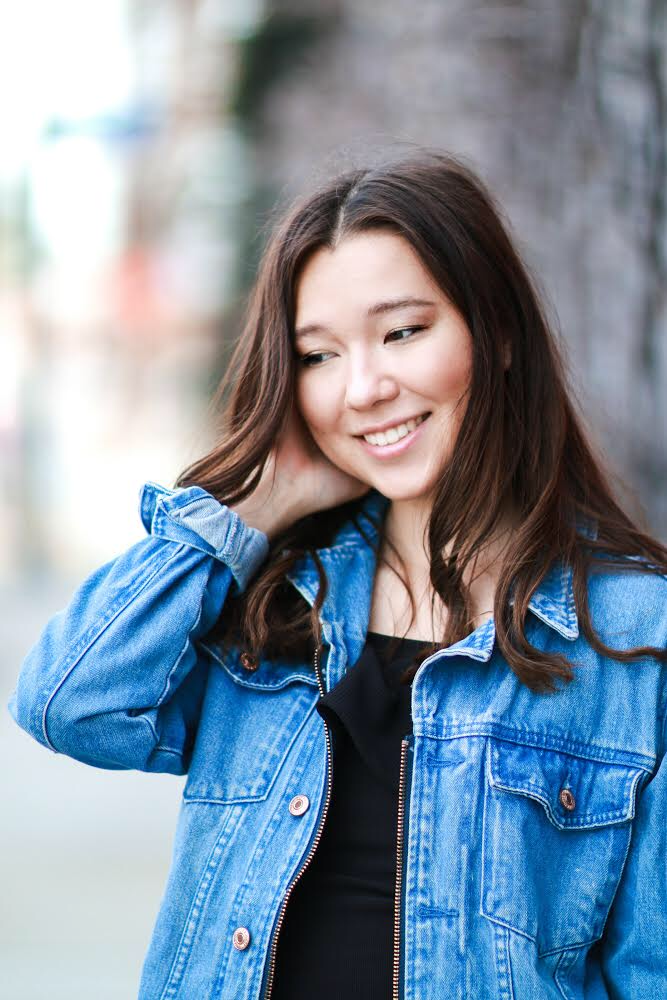 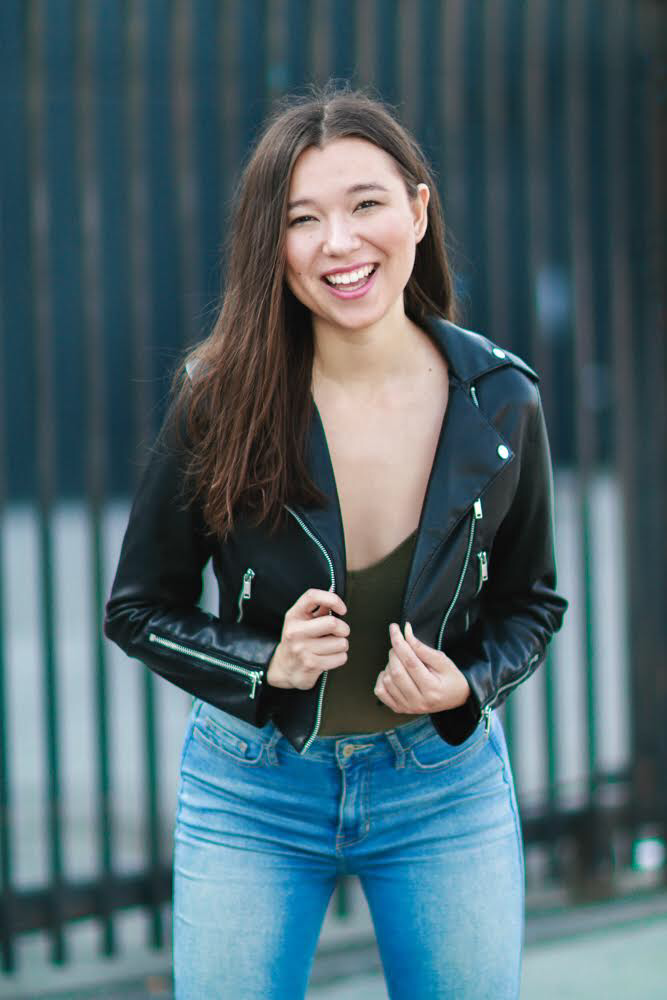