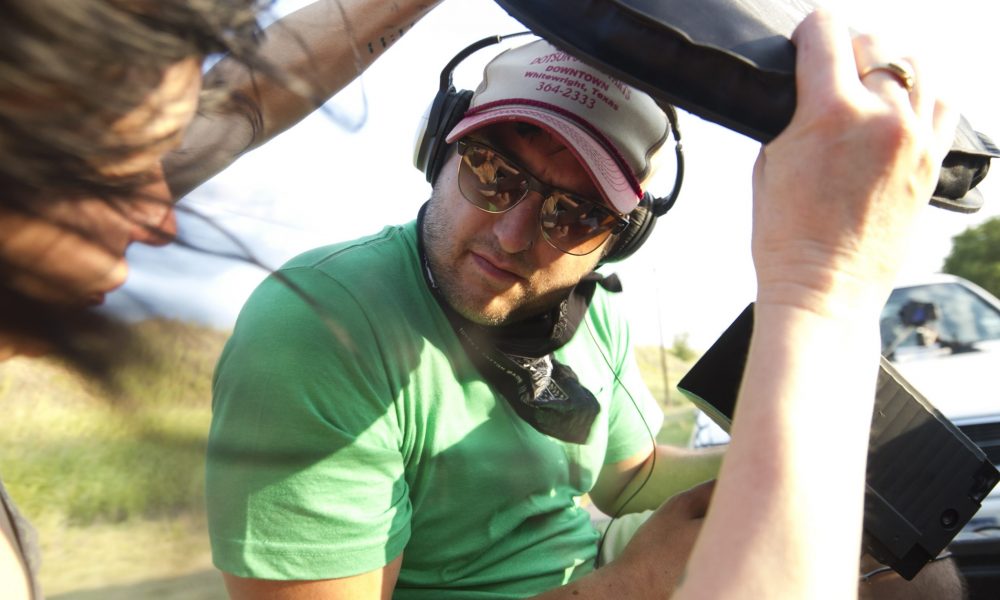 Today we’d like to introduce you to Drew Lewis.

Thanks for sharing your story with us Drew. So, let’s start at the beginning and we can move on from there.
I began my journey as a filmmaker at the age of twelve in Houston, Texas, when my father brought home an old VHS-C camcorder that he had won in a raffle at work. The camera was with me almost everywhere I went from that point on– family vacations, skateboard sessions with the kids from my block, really anything I found interesting at the time, I would film. It wasn’t long before I began experimenting with making my own short films. Using my closest friends as actors and shooting sequentially as to avoid the editing process, we would get our shots just about as fast as we could so that we could rush back and plug the camera into the largest television set we had access to, rewind the tape and watch the masterpiece we had just created. This ritual proved to be equally, if not more enjoyable than the filming process itself, and is where I first I fell in love with storytelling and the art of capturing and keeping an audience’s attention; a part of the process which continues to be a huge motivation for what I do today.

In high school, I gravitated towards Video Technology class and was privileged enough to have a teacher named Mr. Soden, who championed his students by really igniting the passion within some of us for the art of filmmaking. Each year we would be assigned a short film project to write, cast, light, shoot, edit, and then enter into a film festival at the end of the school year. Mr. Soden’s students quickly learned that if they had entered his class for an “easy A”, they would have their work cut out for them. This was not an easy class by any means and I soon found myself taking the rules of filmmaking very seriously. When high school was over, and I walked across that stage, my Video Technology ropes were the only decorations that hung on my gown, and I wore them proudly.

After graduation, it was with the unrelenting love and support of my family that I was introduced to the idea of going to film school and really pursuing a career in the film industry– an opportunity that I of course immediately jumped at. The years I spent in film school were some of the best years of my life, and was where I found my voice as a filmmaker for the first time. I was absolutely inspired by my peers and fellow classmates to create together, and then push each other in this pseudo-competitive, and whole-heartedly collaborative environment of creativity, with access to the best tools money could buy. I continued to fall more in love with the art of film, as I learned film history, gained more experience on set, and wrote and directed more of my own passion projects.

When film school was over, I moved back to Houston, and started my own production company with the help of my father, who is still my sole partner in the company. After a couple years of juggling entrepreneurialism and freelance corporate video work in Houston, I made a short film that got accepted into the Austin Film Festival, and after only spending time in that city for the length of the film festival, I decided to move there. As I produced more commercials, and music videos for paying clients, as well as bigger-budgeted short films of my own, it was in Austin that my production company really grew legs, and I was eventually awarded the title “Filmmaker of the Year” by a national organization that showcases new artistic talent. The plan was always to become a medium-sized fish in a small pond, and so in December of 2015, after nearly five years of calling Austin home, I decided to re-plant myself and my company to Los Angeles, where I continue to pursue my dream today.

Great, so let’s dig a little deeper into the story – has it been an easy path overall and if not, what were the challenges you’ve had to overcome?
Overall, I have to count my blessings for the opportunity to pursue my creative passions as a “career” on a daily basis. I mean, that’s a crazy idea, and one that seems inconceivable to even so many of my own friends, and so is something I try to never lose sight of, or take for granted. That said, I’ve been fully self-employed for about five years now, and anyone who says that entrepreneurialism, or breaking into the film industry for that matter, is easy, is lying to you. Every day is a struggle, and it’s nearly a full-time job to simply market your future self so that you’re busy (and paying bills) months down the line. Personally, I embrace the struggle, mainly because the alternative seems counter-productive, but also because it keeps you on your toes. No time to sleep if tomorrow could bring your certain demise! In reality, it’s not that grim, but the struggle keeps you hungry, creative, and never quite content with the status-quo, all of which are qualities that I think are necessary for success in this day and age, especially so in this industry.

Alright – so let’s talk business. Tell us about Black Canvas – what should we know?
My company is Black Canvas, a production company that I founded back in 2011 in Houston, Texas, and whose offices are now headquartered in a modest studio space in Hollywood, California. Black Canvas is an independent film and video production company that specializes in creating high-concept and story-driven short form content with today’s viewer in mind. Our ideology fosters a unique view on the world, embracing the beautiful and the weird as we explore the boundaries of visual narrative, cutting-edge graphics, music, comedy and branded content. Guerrilla filmmakers at heart, our focus is aimed at producing the highest quality product on screen as efficiently as possible, and we set ourselves apart by creating an enjoyable and inspiring experience for our clients and collaborators.

When I started the company, we sort of cut our teeth doing music videos, the one I’m most proud of being for an artist named Shakey Graves for his song ‘Dearly Departed’, which has racked up over a million views on YouTube since it was originally uploaded.

Along with music videos, we also began creating content for music festivals such as Austin City Limits, SXSW, Float Fest and Boston Calling. It wasn’t long before we gained the attention of ad agencies, and this lead to more commercial and branded content for clients such as Seventeen Magazine, Paul Mitchell, JetBlue and Capital One. Most recently, we’ve finished up a series of branded content titled ‘Boston Born & Bred’ for Delta Air Lines that highlighted a couple of the hometown artists that performed at this year’s Boston Calling Music Festival, and I’m really excited about how those turned out.

Is there a characteristic or quality that you feel is essential to success?
Success is something that I don’t believe I’ve fully attained yet. I’m not sure if I’ll know it when I see it, but I imagine it might have something to do with owning a house and not having to budget weekly meals? Until then, I’ll celebrate the small victories and just keep my head down and do the work– a mantra that has proven to be essential to my success thus far, and so is one that I continue to equip on the daily. The fact that I’m even able to survive and grow in an environment such as this, is in and of itself a success in my book.

Apart from that, it’s the loved ones around me that continue to believe in me even in times when I question myself, that keeps me going and striving towards success. I have an ever-growing passion for doing the work that I do. It’s a spirit of always trying to out-do myself, but at the same time, really doing my best to live in the moment. I truly enjoy every aspect of the process (even the stressful parts), and couldn’t be doing anything else with my life. I’m not sure whether I’ll ever become a household name as a Writer/Director, but I am confident in my path and purpose in life. I was put on this earth to tell stories on the screen, and I will continue to do so until the day I die.