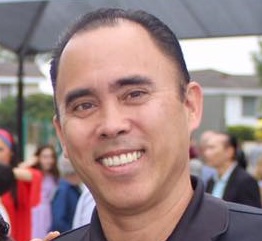 Today we’d like to introduce you to Don Curo.

So, before we jump into specific questions about the business, why don’t you give us some details about you and your story.
I’m a self professed jack of all trades who happens to hold an AS degree in electronics engineering as well as a degree in TV/Film Production and Broadcast Journalism. I have always been a “techie” at heart and remember programming in Basic on my first PC back in the early 80’s. Flash forward to 2005 and a chance enrollment in Santa Ana College’s TV/Film/Broadcast Journalism class. This was my first introduction into the world of TV/Film production and broadcast journalism. I got hooked and started my home based video production company, CaroCuro Productions in 2007. While still at SAC, I had the amazing opportunity to be a part of the school’s weekly news show, Around and About Orange County News (AAOC). I did everything from shooting and editing video to field reporting. I learned a lot from SAC’s classes and highly recommend it to anyone looking to get into the industry.

Jump ahead to 2014 and my next venture, Memory Maker Booth Photo Booths. Also, a home based business that I’m still running it to this day. It’s a lot of fun and I love providing fun entertainment to my clients. I got the idea for this business from a friend who had been working for a photo booth company in 2009. Eventually he decided he wanted to start his own photo booth business and as I was “a jack of all trades” he asked if I would help him build a booth.

We spent the next few months building it in my garage from materials sourced on the internet. It was built out of wood and made up of two halves. One which was the bench side and the other which housed the camera, screen, printer, etc. It wasn’t the easiest thing to move around either and required a truck or van to transport it. Once it was completed he went out and put it into business. He was only slightly busy with his new booth and not long after he gave up on the idea altogether. So having the previous knowledge of building a booth, I decided I was going to launch my own photo booth company, Memory Maker Booth.

I would source more modern materials and make my booth better and easier to transport. I have been running MMB since mid-2014 and it has been a fun and somewhat successful side business for me.

So now we’re at August of 2016 and I discovered a new hobby, drones. A friend in the industry let me fly one of his drones, a DJI Phantom 3 and I was hooked. I decided right there and then that I was going to take my years of experience in video production and launch it skyward! That’s when Sky Eye Cinema was born. I went out and acquired a fleet of drones, studied and became an FAA Part 107 Certified sUAS (drone) Pilot and started SEC.

As I currently have a full time day job as a field service engineer (I service analytical laboratory equipment), I haven’t had a lot of time to get SEC off the ground completely so to speak. Between traveling for work and my family it’s been difficult to find time to fly as much as I’d like to. I’m hoping to change that in the next few months.

Overall, has it been relatively smooth? If not, what were some of the struggles along the way?
For the most part, all of my businesses have been pretty smooth startups. I think that’s mainly because they are all small (I’m the only employee) and they’re all home based businesses.

Alright – so let’s talk business. Tell us about Memory Maker Booth & Sky Eye Cinema – what should we know?
I provide photo booth rentals for every type of occasion. Not being a business man, I think I’ve done a good job keeping MMB in business for the last three years. I get great reviews from clients and I love providing them and their guests with long-lasting, top quality photo prints.

Any shoutouts? Who else deserves credit in this story – who has played a meaningful role?
It’s all me baby!