Meet Dom Kelly of A Fragile Tomorrow in Echo Park 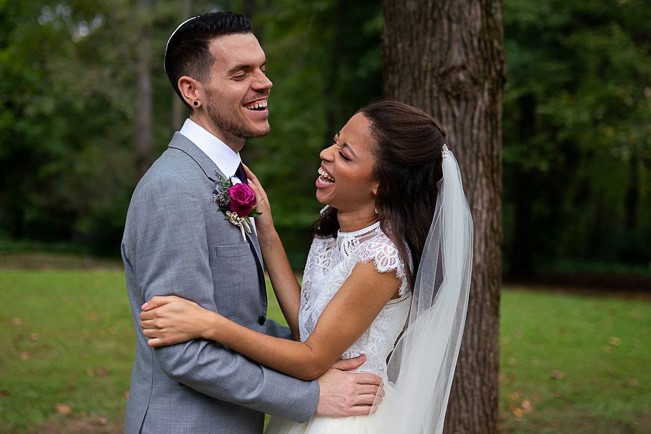 Today we’d like to introduce you to Dom Kelly.

Dom, let’s start with your story. We’d love to hear how you got started and how the journey has been so far.
In 2003, my identical brother Sean started writing songs, and he asked our younger brother Brendan and me to help back him up. We wound up forming a band and called it A Fragile Tomorrow. We were living in New York at the time, where we grew up, and started playing around to build up a following. By the time 2006 rolled around, we had to opportunity to make a record with a Grammy-winning producer named Malcolm Burn, and right around that time, we added our bass player Shaun Rhoades into the mix.

Not long after that record came out, we had the opportunity to tour, so our parents homeschooled us to allow us to get on the road. It was an incredible experience, and I’m forever grateful to our parents for believing in us. We just put out our 6th studio record, Generation Loss, on MPress Records, and over the years, we’ve toured all over the US, Europe, and Israel with great friends like Indigo Girls, K’s Choice, The Bangles, Toad the Wet Sprocket, Matthew Sweet, and others.

I also put out a solo record in 2017 called “Everything Is Just Enough” that I toured around supporting Indigo Girls. The rest of the band is based in Charleston, South Carolina, and Savannah, Georgia, and I’m the only one in LA. My wife and I live in Echo Park, and we moved out here a year ago for her career (she works in fashion, and there are more opportunities here for her than in Atlanta where we lived before). Right now, I tour with the band part-time, but I have a full-time career in digital media.

I’m currently the Director of Social Media at Ranker, an online publisher, and for five years prior, after getting a master’s degree in journalism, I worked for a company called Render Media in the editorial department. I feel like I have two parallel careers that I love, and I’m so grateful to get to do everything I want to do professionally, both in music and in media.

We’re always bombarded by how great it is to pursue your passion, etc. – but we’ve spoken with enough people to know that it’s not always easy. Overall, would you say things have been easy for you?
The road has most definitely not been smooth. I’ve experienced a lot of adversity in my life that I think has actually really helped get me to where I am today. I’m one of a set of triplets, and we were all diagnosed with varying degrees of Cerebral Palsy at a year old. When we were almost six, my fraternal triplet brother died unexpectedly in his sleep.

That completely changed my parents and the dynamic of our family, but it also is the reason we play music today. His favorite band was Hootie and the Blowfish, who were at their peak around the time of his death, so a few years after he died, we reached out to them to thank them for bringing joy to his short life. We had just started playing music, so they actually became sort of mentors for us early on in our career.

When I was 17, we were on the road, and our mom was diagnosed with cancer very suddenly. Not long after that, I turned 18, and overwhelmed with my mom’s struggles, going to college, touring/recording, and moving to South Carolina, all took a toll on me, and I fell deep into rock bottom with my lifelong food addiction. I had also started drinking fairly heavily, and I was deeply depressed. I wound up finding a recovery program for food addiction, and at 18, I got sober (or “abstinent” as it’s called). I’m grateful to have maintained that for going on ten years now, and it has most definitely influenced my songwriting, my career, and my life choices.

The most significant struggle I’ve faced has been the loss of my mother. She died in July of 2017 after a long battle with cancer. She was 51 years old and really suffered. She was my best friend and was one of the most incredible people I’ve ever known. Her death has deeply affected me, my dad, my brothers, and my wife, but while it’s been painful, it’s also been inspiring. Our new record “Generation Loss” is all about her and her death; to me, it’s about dying in the Trump era. She was so concerned about leaving us here with all that’s going on in our world, and we were inspired to make this record about that concept.

We’d love to hear more about your business.
We would call the current style of our band, A Fragile Tomorrow, “art rock.” Our new record sticks to some of what we’ve done in the past (rich harmonies, pop melodies), but we were heavily influenced by krautrock, hip hop, and our favorite rock bands.

I am proud of a lot of things that we’ve accomplished. My big dream as a kid was to tour all over the world, and we’ve gotten to do that. We’ve also been nominated for awards for our records and actually won at Independent Music Award for our collaboration with Joan Baez in 2015.

The thing I’m most proud of, though, is that we’ve used our platform as artists to help create change. I’m very vocal about my progressive political views, and especially in this new record, we don’t shy away from making those known.

We’ve learned from friends like Indigo Girls and Joan Baez about how activism and art go hand in hand, and we’ve tried to make that a part of what we do. If we stopped being a band today, I think that would be a huge part of our legacy.

What were you like growing up?
Growing up, I’d say I was a pretty motivated kid. I danced my whole life, thanks in part to both my mom and grandfather having danced professionally, and I loved it. I did jazz, tap, and hip hop, and even taught hip hop for a while.

I always loved performing and being on stage, so I was actively involved in a local theater company and was always helping put on shows. I also loved school, so for a while before I realized I wanted to be in a rock band. I really wanted to be a doctor. I excelled at math and science and was always in advanced classes.

Socially, my brothers would say I was fairly popular, although I didn’t feel that way. I had a lot of friends, but I never felt like I had any friends that truly knew me because I had such a difficult time talking about my feelings. I avoided a lot of pain growing up and stuffed it all inside.

Still, I put on a front and performing allowed me to feel like another person. Good or bad, healthy or unhealthy, that was how I dealt with my stuff. 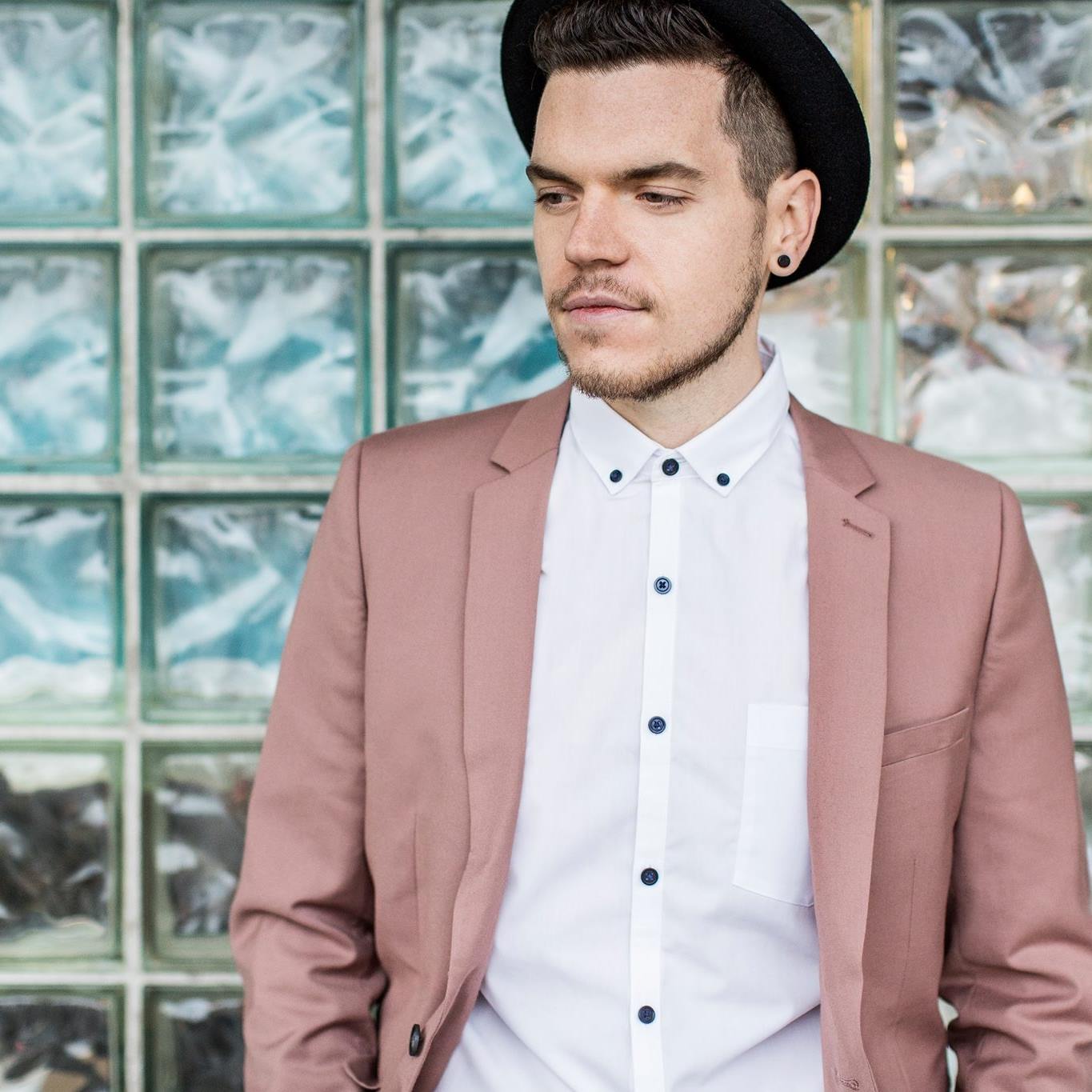 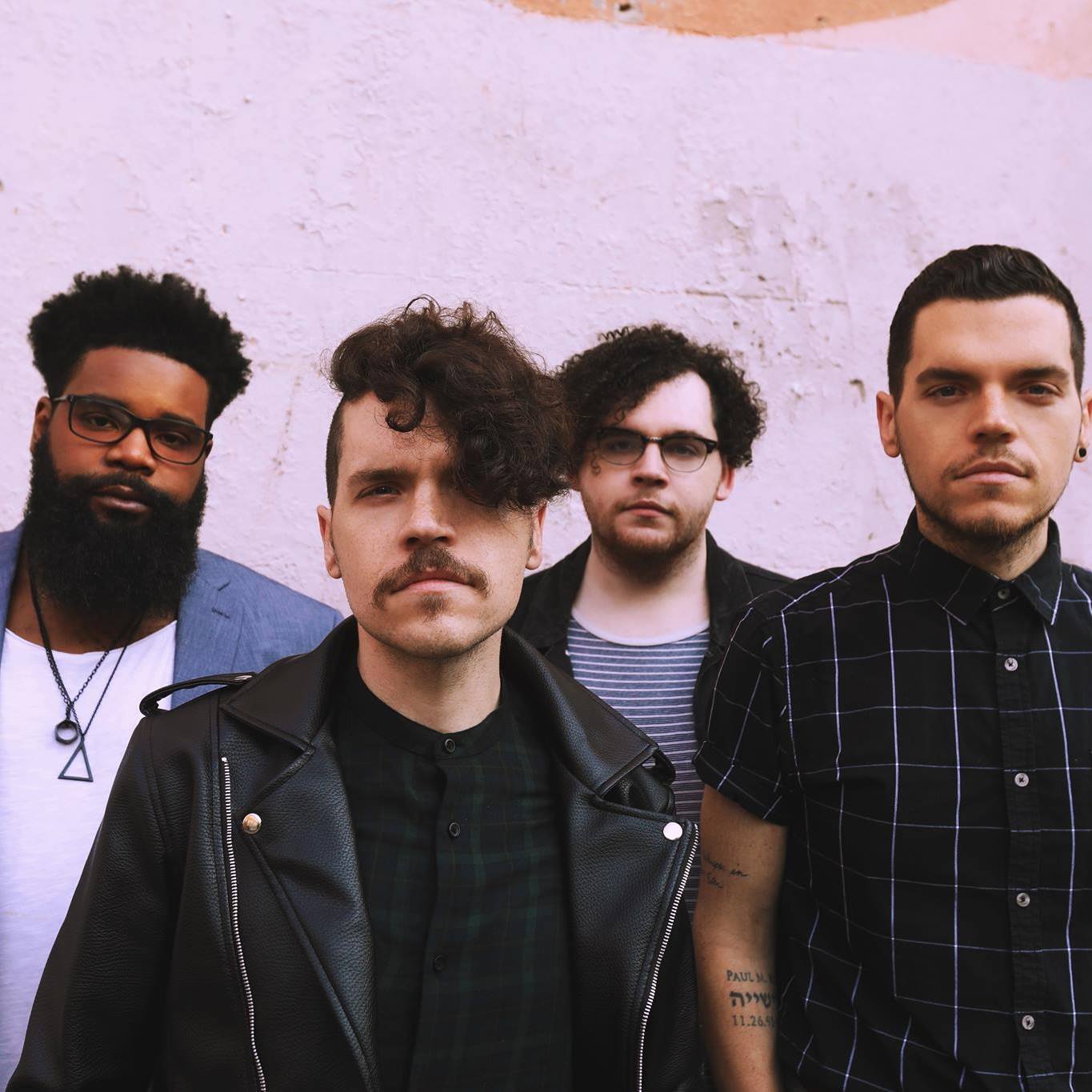 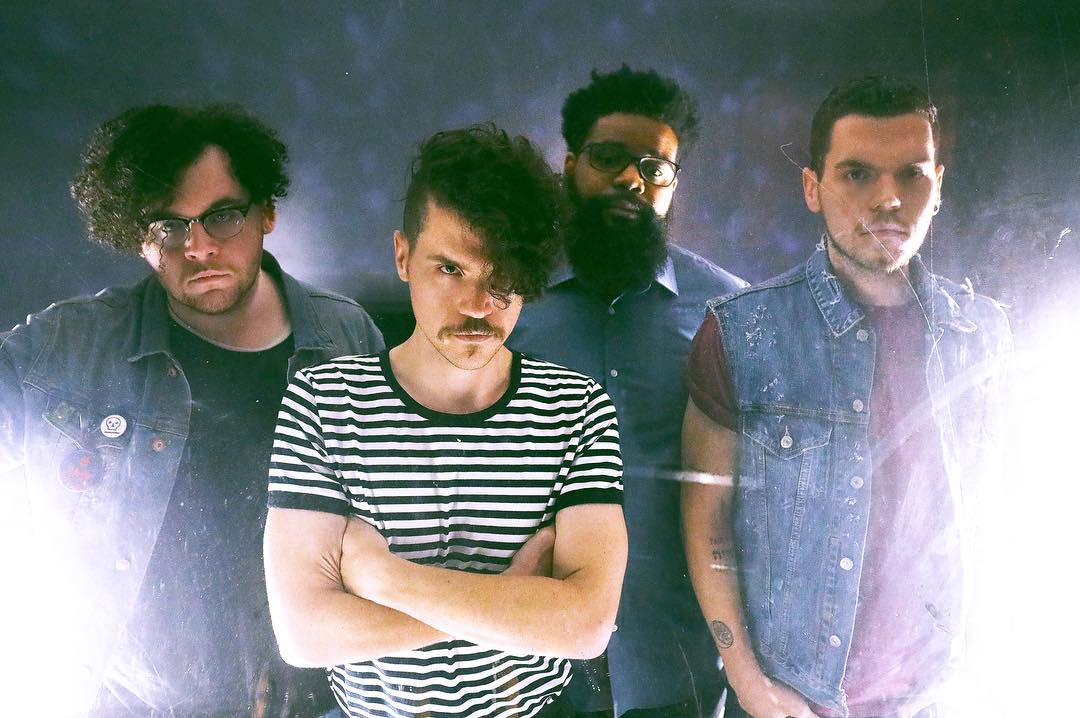 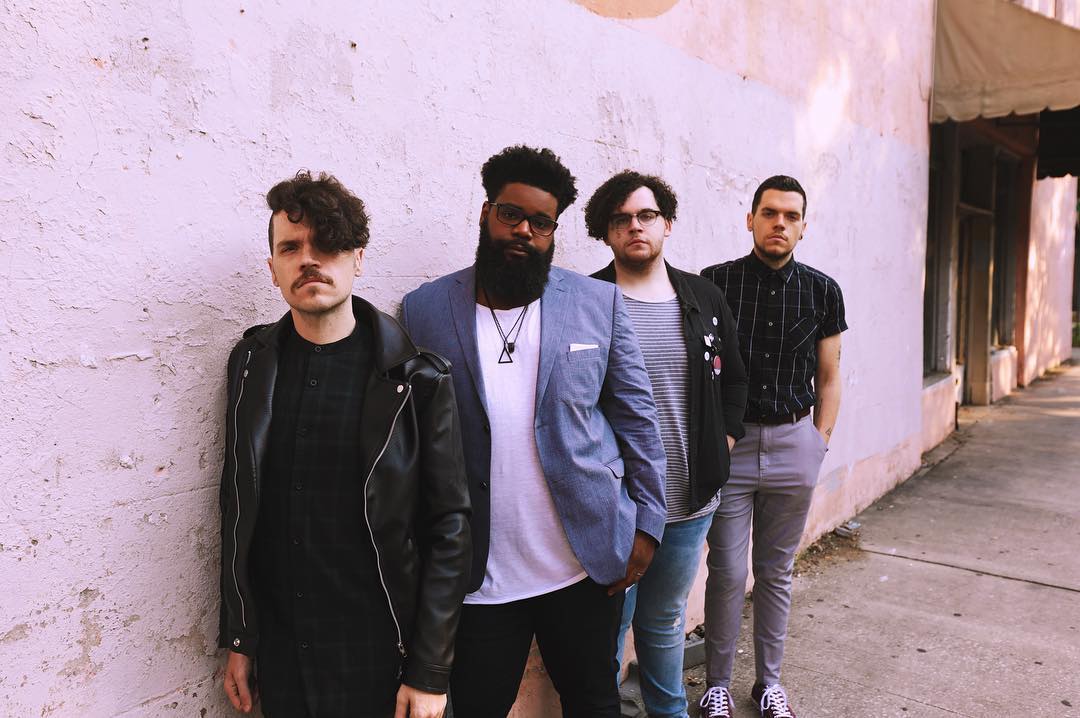 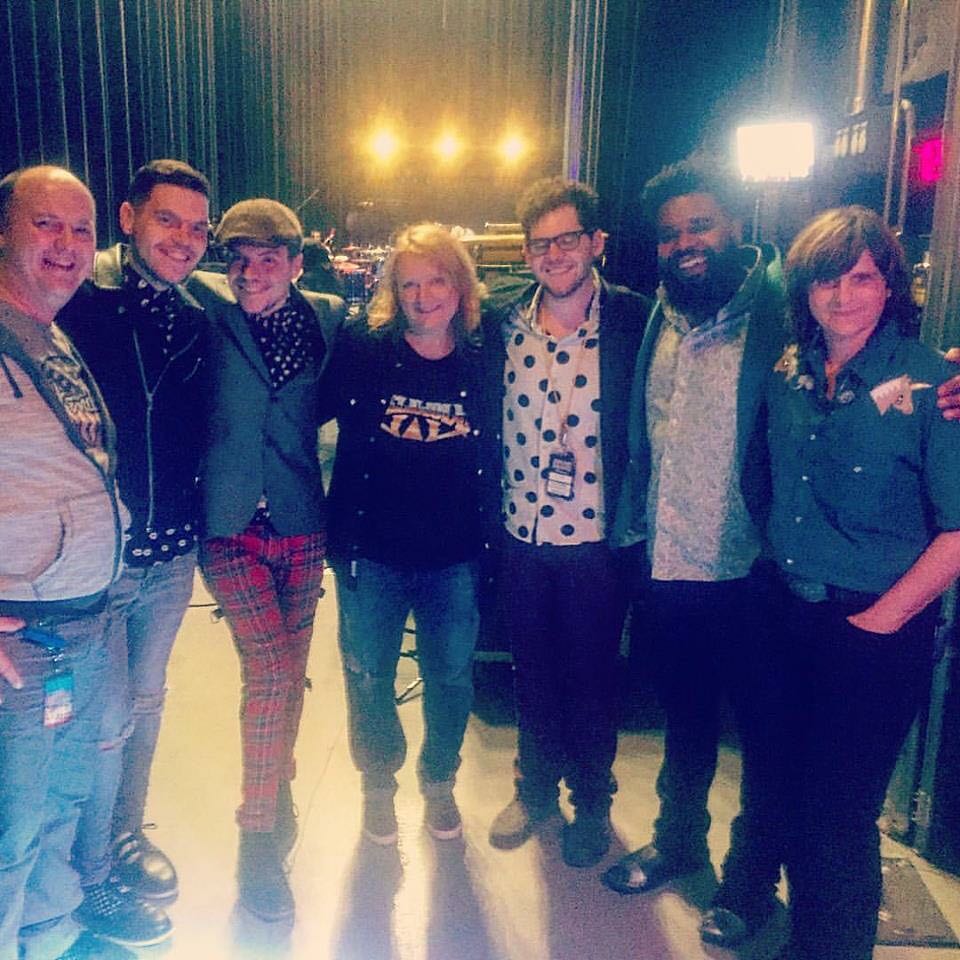