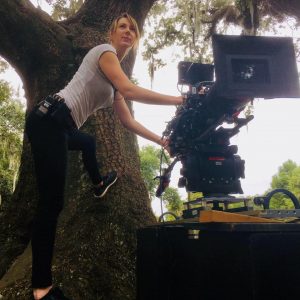 Today we’d like to introduce you to Johanna Coelho.

Johanna, can you briefly walk us through your story – how you started and how you got to where you are today.
I was born and raised in a small village in France near Paris. I was the type of curious kid who wanted to try everything. I wanted to be a dancer, doctor, writer, engineer, psychologist…it felt like every single career would pick my interest and I couldn’t settle for an ambition.

When I turned 12 years old, I started to be really interested in video cameras. I would use my parent’s one and make little commercials or mini stories with friends, always exploring the possibilities of what you capture within a frame. At 14, I received my own little VHS camera and started to get deeper into visual storytelling and editing.  It seemed like there was a million different ways to express a story or idea, and it kept expanding my imagination.

I was a strong student in science growing up. I majored in it in High School, and my teachers and family had great hopes for me to integrate prestigious undergraduate school in that field. Even if science was an obvious path for me, I took a filmmaking option class in High School on the side.

I love movies, though I cannot say the theoretical aspect of it was what attracted me the most. It was the making part of it, translating a script we would write into the visual translation of it, and I felt very passionate about the process. I also realized that my need of exploring everything in the world, such as different careers and human psychology, felt possible through visual story.

So at the end of High School, I made the drastic choice to pursue a career in Cinematography instead of Science. It was not an easy choice to announce to my family as filmmaking was a world unknown to them (most of my family is in Science) but filmmaking was my dream and I felt my scientific approach would definitely be a strong asset for the field.

I went on to study Cinematography in a technical school near Paris for 2 years, and then went to La Sorbonne Nouvelle University to complete a Bachelor in Cinema.

I always had a dream to come to work to the United States, and one day some unexpected situation connected me to a friend of a friend of a friend who encouraged me to apply to do a Master in Cinematography at the American Film Institute (AFI) in Los Angeles. I got accepted and moved there in 2011.

In 2013, after an amazing and intense study experience, I graduated from AFI and started to work my way up into the Hollywood industry.

Today, I am currently working on a major studio TV Show.

Great, so let’s dig a little deeper into the story – has it been an easy path overall and if not, what were the challenges you’ve had to overcome?
The road has been long with ups and downs and personal battles to prove myself.

I had to start from scratch with no previous contacts in the film industry.

More than once at the beginning of my career, I felt that I was a disappointment and that maybe I hadn’t made the right choice going into an Art field, and that I should have chosen a more stable path with my abilities in Science. I had been advised to keep filmmaking as a passion, but something inside me felt stronger than anything else. I felt like I would be giving up who I was if I was not taking up that challenge, and risking it from the beginning.

It didn’t make my relationship with my parents easy at the beginning, I understand they were worried about my future and I really had to fight for my dream and get to a place where they could trust me again.

Another big challenge was my experience at the American Film Institute in Cinematography. First, my English was not great, which made it difficult to communicate. Second, in addition to being a foreign in woman, I was also the youngest of my class. Gaining trust within my own peers was a constant fight, with really hard moments and confidence difficulties. I felt I always had to prove and do more to get to the same level as others.

Luckily, I met amazing new friends during my studies, who helped and believed in me. They are probably the ones who made me grow the most and played a huge part in where my career is today.

After AFI, I was left out into the Hollywood industry world, with no real starting point. This is where the biggest challenge came in and I had to bring in a lot of confidence to convince people I was the right person to shoot projects. I had many refusals, some even based on my gender. Being a woman Cinematographer is not an easy thing in this industry. There is a natural thinking that this is a man’s job, and therefore gaining the trust to shoot a film can be much harder. But I try to remind people that in addition to me being physically fully capable of operating a camera when needed, the work of a Director of Photography comes from the eyes.

Director Of Photography – what should we know? What do you guys do best? What sets you apart from the competition?
I am a Director of Photography, which means I am responsible for creating the visual of a script/idea. I am the head of the Camera/Electrical/Grip department. I work with these 3 departments to create visually what the Director envisions for his/her film. I create the framings and the lighting of the images you see on screen.

I am proud to have gained the trust of many majors Producers and Directors in the field for creating their images.

I think a Director of Photography is so much more than only creating images, it’s also being a politician, a mediator, a psychologist, a manager and a believer. So many aspects of it didn’t cross my mind when I started, but luckily enough, I have a personality that adapts to many situations and people, and I think it has been a huge help in getting where I am today. Keeping your calm, connecting and understanding people is definitely a required quality to do this job, and I truly love that part.

I also want to emphasize the psychological aspect of the job. I feel strongly about saying that Directors of Photography are visual psychologist. You have to get into the headspace of the characters to represent them the best way visually. I think it’s wonderful the way I get to experience so many human personalities through my art.

In addition to that, I think you really need to trust your eyes. This has been one of my mantras. If you don’t love what you see, people won’t either.

What moment in your career do you look back most fondly on?
I had the chance to shoot few feature films, and one of them, a film entitled And Then There Was Eve, won the Jury Prize at the Los Angeles Film Festival and got a theatrical release in Los Angeles. It was such a huge honor to see a public feeling emotions from a film I shot and wanted to talk about it.

In addition to that, I shot a True Crime show for Oxygen Network, “Killer Siblings” that had really good feedback on the look for the recreation parts. Being able to recreate scenes described in rough life Interviews with a lot of emotions involved is something that shows that you might have created powerful images. They connect with your visual storytelling and that’s the best you can ask.

And finally, gaining the trust of people on the currently ABC show I am on, The Rookie Season 2, for hiring me as an Additional DP, has been one of my proudest moments. I feel very lucky to have been given that opportunity, and that my work has been meeting the requirement for screening to a worldwide audience. 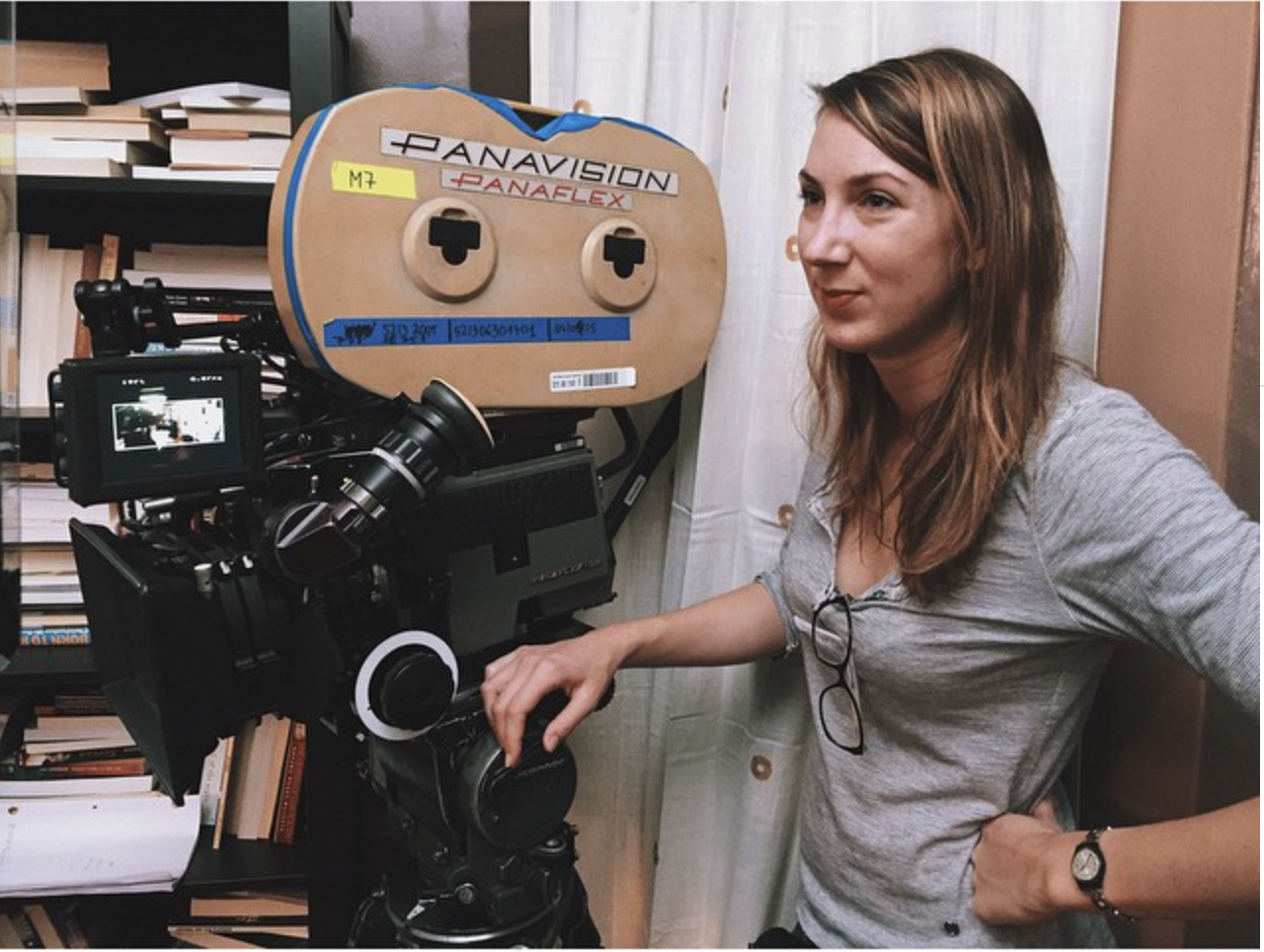 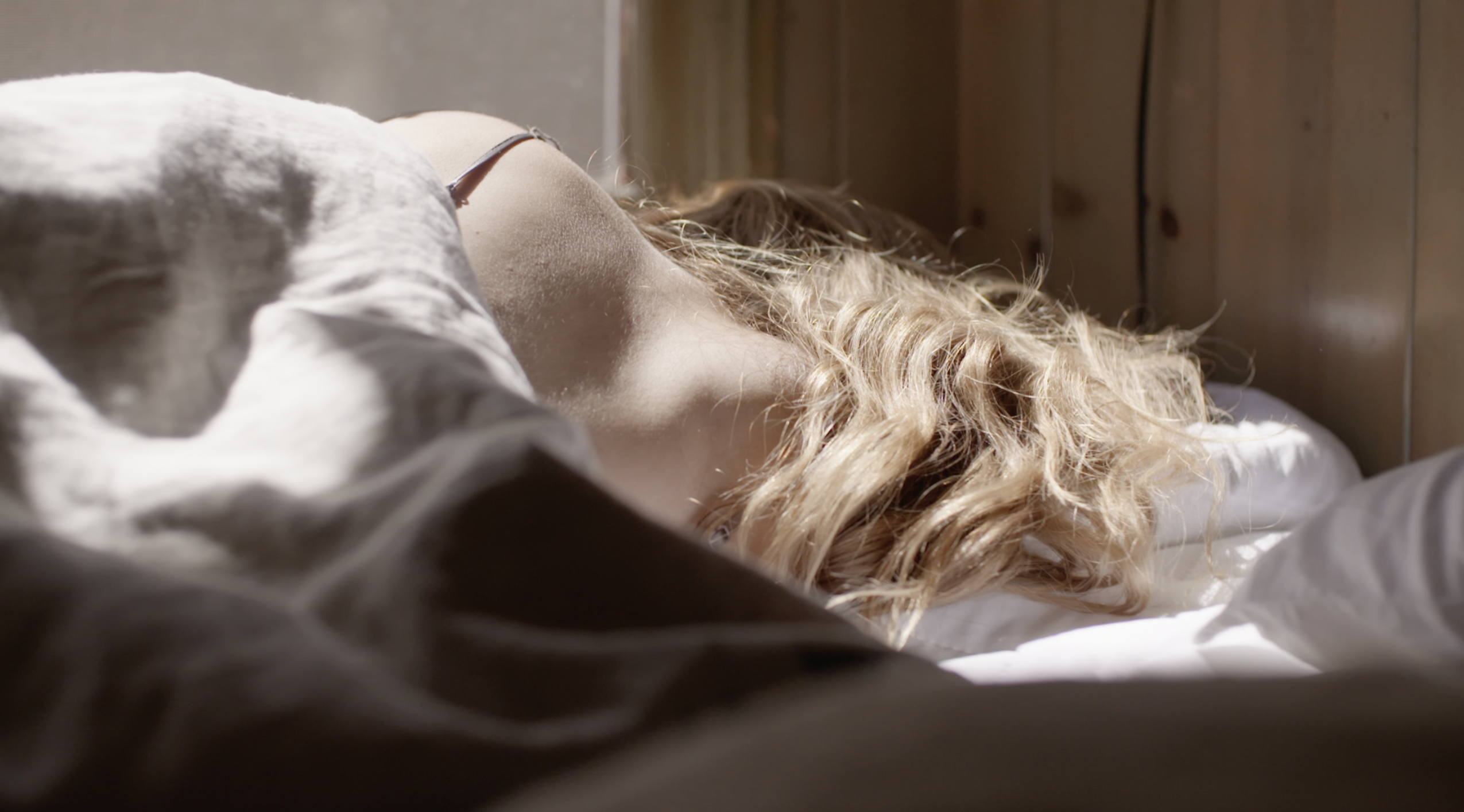 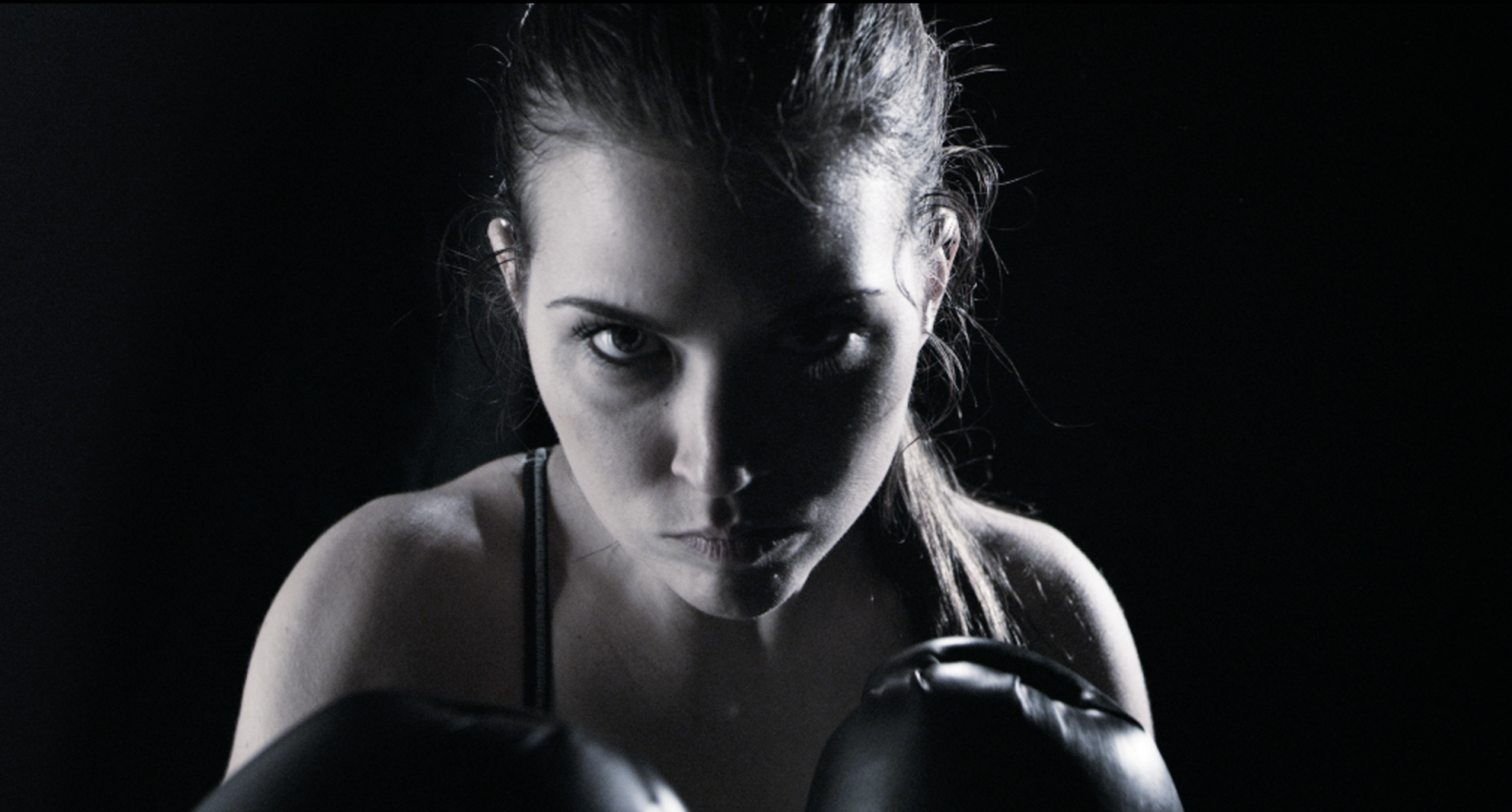 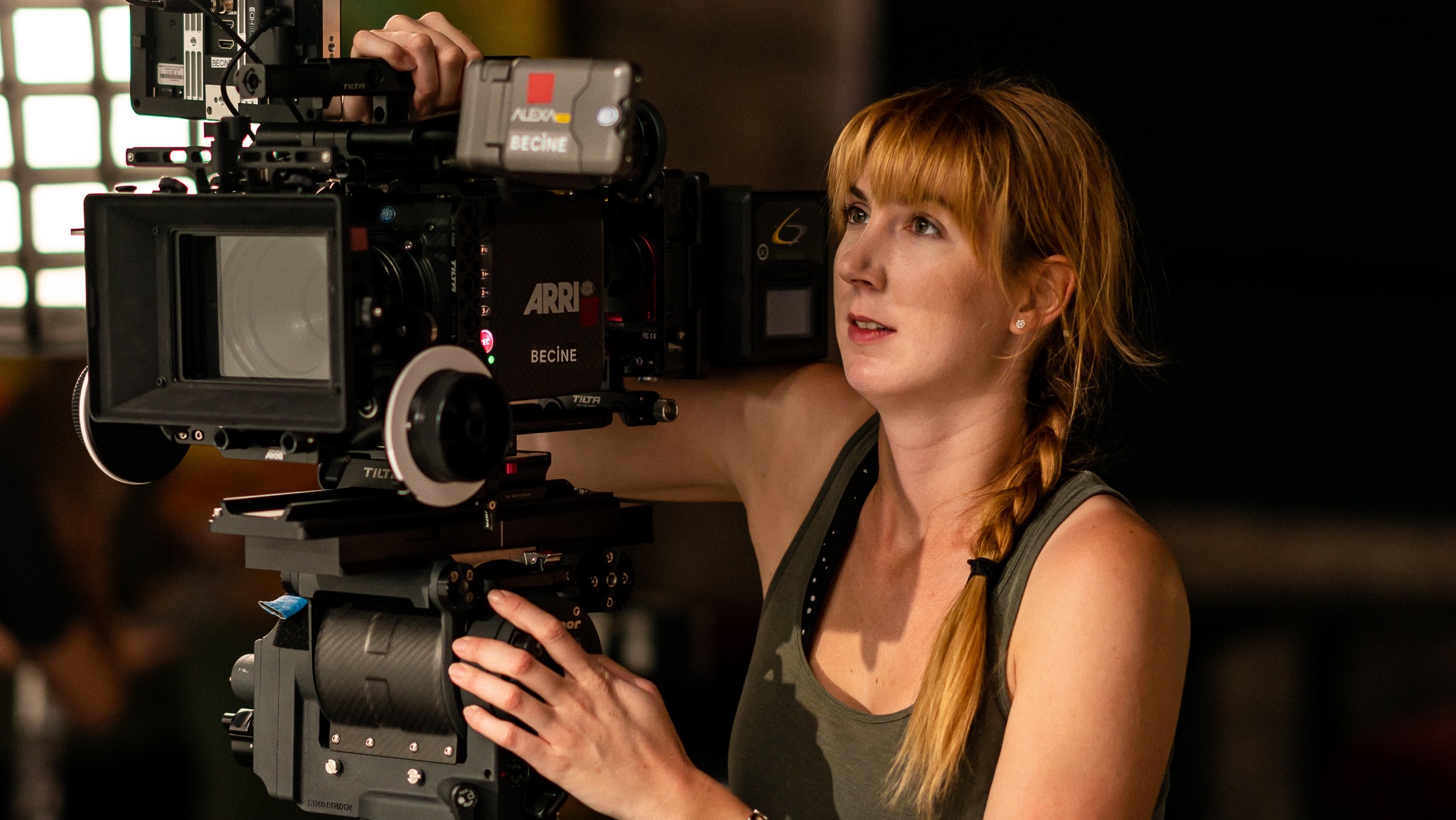