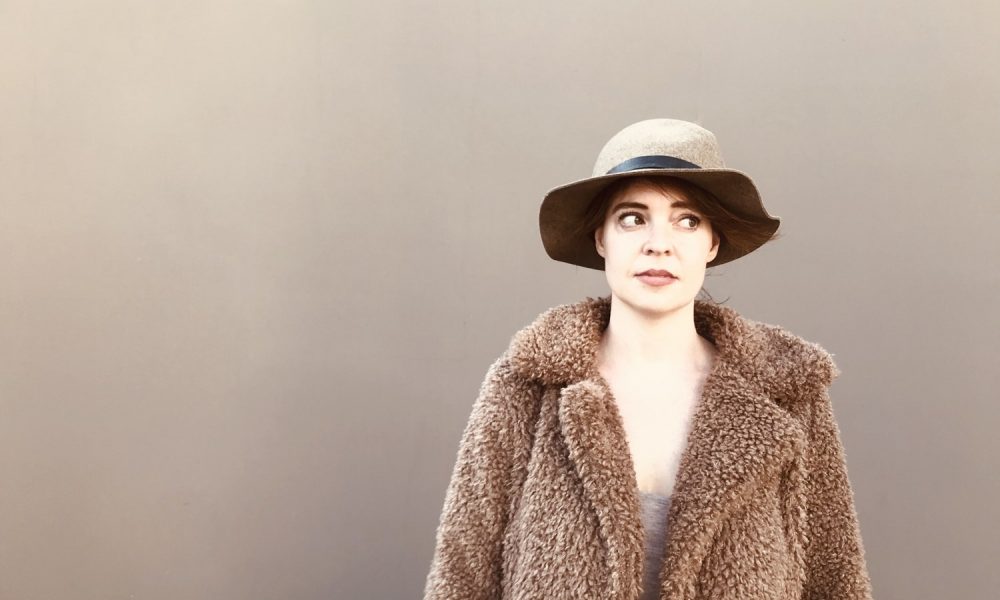 Today we’d like to introduce you to Diana Dinerman.

Diana, please share your story with us. How did you get to where you are today?
As a kid, I watched anything and everything that had dancing in it. My favorite shows were Soul Train, Solid Gold, and Fame. I grew up dancing and singing, mostly in choirs, and studied music in college with acting and literature. Very early in life, I knew that self-expression made me feel alive.

After college, I moved back to the DC area, where I’m from, and it was hard to make a living as an artist, so I had corporate jobs. I worked in government contracting and non-profits. I performed and taught classes at night. The juggling act was fun for a while, but it was not sustainable. It also felt like a double life: I was always changing out of my suit and into tights in the car on the way to somewhere else.

I struggled to be an artist and support myself financially, and I wasn’t willing to move at the time, so I got interested in some other things as a matter of practicality. A life of writing and teaching sounded good to me, so I became a specialist in a niche area of modern dance history. I thought, if I can’t be on stage for a living, I can talk about being on stage for a living. I got a Master’s at GW, then I started my Ph.D. in American History at the University of Minnesota.

I came out to LA to finish my research, which looked at identity politics in the performing arts: race, gender, sexuality and how those constructs were shifting in the middle of the 20th century. I was writing about the Lester Horton Dance Theater, which was an important cultural space in post-war Los Angeles. In the middle of writing that dissertation, I hit bottom. I couldn’t crawl out of the hole. Something in me broke.

I had completely lost touch with my artist self, and I woke up to that in a painful way. In an apartment in Westlake. I was depressed and confused about what to do next, so, on a whim, I took a comedy class. I thought it would loosen me up and help stimulate me creatively.

I had no intention of professionalizing. But, I fell in love with it. You know how when you lose your keys, they tell you to go back to the last place you had them? For me, that was the stage. Becoming a comedian was like finding my keys. It unlocked all the doors inside me.

Once I started doing stand-up, I remembered that when I was in 7th grade, my best friend and I smuggled Eddie Murphy’s Delirious on VHS back to my house and watched it with our noses practically pressed against the TV because we turned the volume down so low, afraid my mother would catch us. I knew all the dialogue to the movie Airplane and watched it so many times, I wore down the tape from all the rewinding and replaying.

That movie is incredible. It has every kind of a joke in it. I don’t know why my parents let me watch it, but it was the 80s. No one’s parents were paying attention. In High School, my mother gave me Gilda Radner’s “Live from New York,” album and I thought it was so cool. She was charming and funny and vulnerable, and I loved how honest she was.

Looking back, comedy was always interesting to me, but I didn’t grow up wanting to be a comedian. I didn’t even know that was a job.

Great, so let’s dig a little deeper into the story – has it been an easy path overall and if not, what were the challenges you’ve had to overcome?
It’s been a series of fumbles. I’m getting used to the slippage.

Because I came to LA for one reason and stayed for another, I had to start over in almost every area of my life. I had no relationships. You can’t even get a job in a coffee shop without a personal connection, so the first few years were financially and emotionally difficult due to the lack of connection.

The biggest struggle was internal. Quieting the voice in my head that said I wasn’t good enough or it was too late to try again. Even as a kid, I had debilitating self-doubt and was very self-conscious. That’s part of why I quit performing in my 20s and went into academia. It felt safer.

And, probably why, after college, I didn’t move to New York. I was too scared. The “not enoughness” plagued me. But LA is full of people who feel that way and go after what they want anyway, so it was encouraging to be surrounded by other people on the same path.

The most challenging thing about Los Angeles was and is finding my people. When I got here, every relationship I had was new. I was trying to make connections and share who I was, but who I was, was under construction. I didn’t have a succinct story about myself or what I wanted, and I saw that reflected in the relationships I chose. As I grew in to myself, the people I chose to spend time with changed. I think you have to work very hard here to stay connected and remain aligned with your own values. It’s the most important part of my life.

We’d love to hear more about what you do.
I’m a writer, stand-up comedian, and actor. I work on stage and on screen. My comedy is a mix of intellect and pelvis. I write and perform creative non-fiction too. My writing is like detective work in that in everything I write, I’m looking for myself.

I’m most proud of my new solo show, Detour. I’ll be doing a month-long run at the Edinburgh Fringe Festival this August. It’s a funny, inspiring play about my first six years in LA – getting lost and getting found. In preparation, I’m doing a three-month residency at Mimoda Studio in May, June, and July, which means I get to run the show every month in LA before I head to Scotland.

Is there a characteristic or quality that you feel is essential to success?
Willingness. Willingness to re-evaluate your own ideas. My definition of success has changed over time. Now, I don’t focus on how I can get successful. I focus on how I can get connected, and that has changed my relationship to my work. It’s less about nailing the target and more about creating work that is of service to other people.

I also don’t set goals. Goal-setting comes from a masculine framework, which is not helpful when I am in the creation phase. I set intentions and that works better for me. Tasking, problem solving, and target practice is more helpful when I am executing; when the work, itself, is mostly finished and I need to deliver. But, for creativity, asking questions about and considering possibilities for, the work I want to make, an open posture serves me better.

Your artistic voice always develops at the heels of your personhood. If you develop yourself as a person first, the voice and the skills to make it heard will follow. So, I make sure my life is bigger than my hustle. 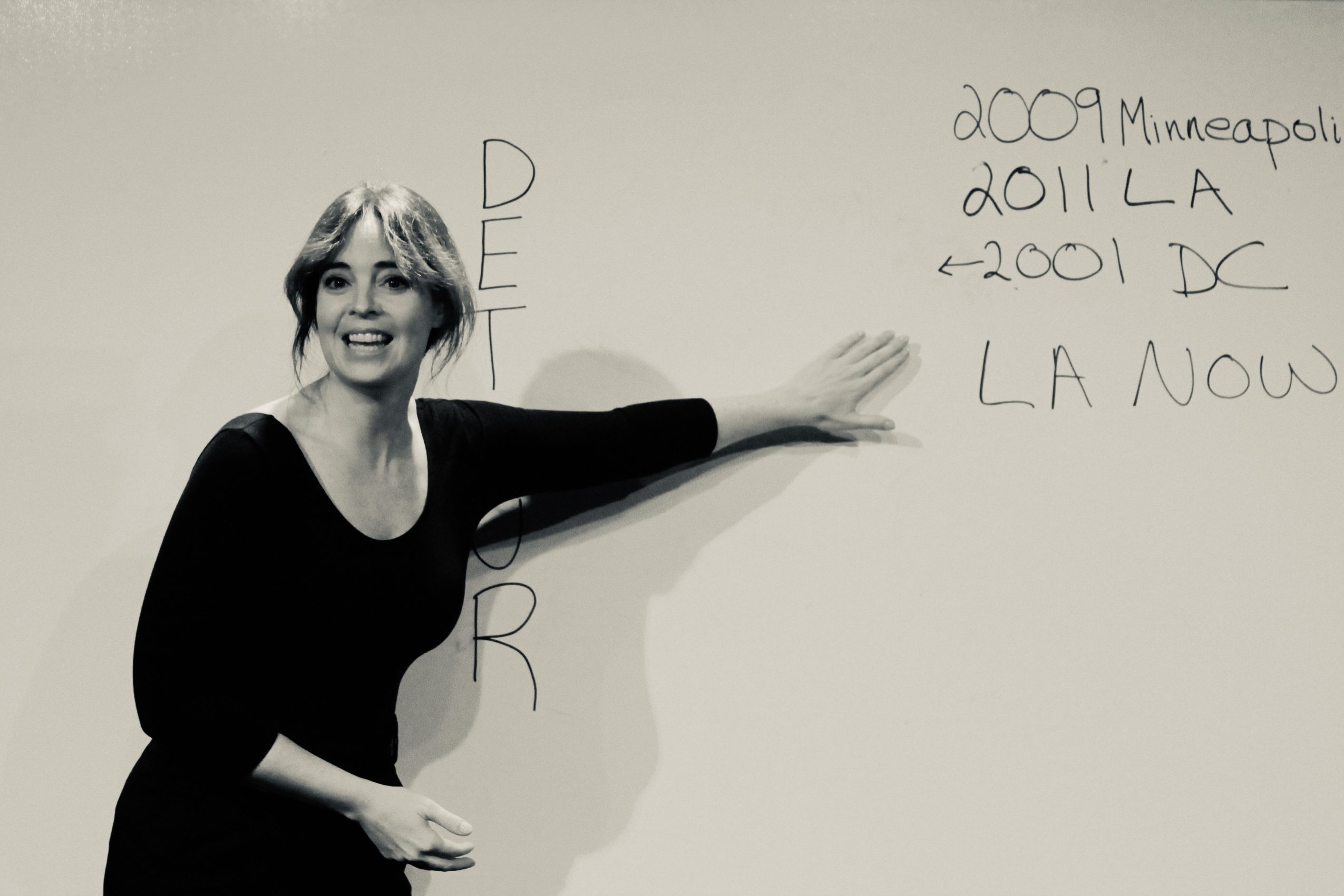 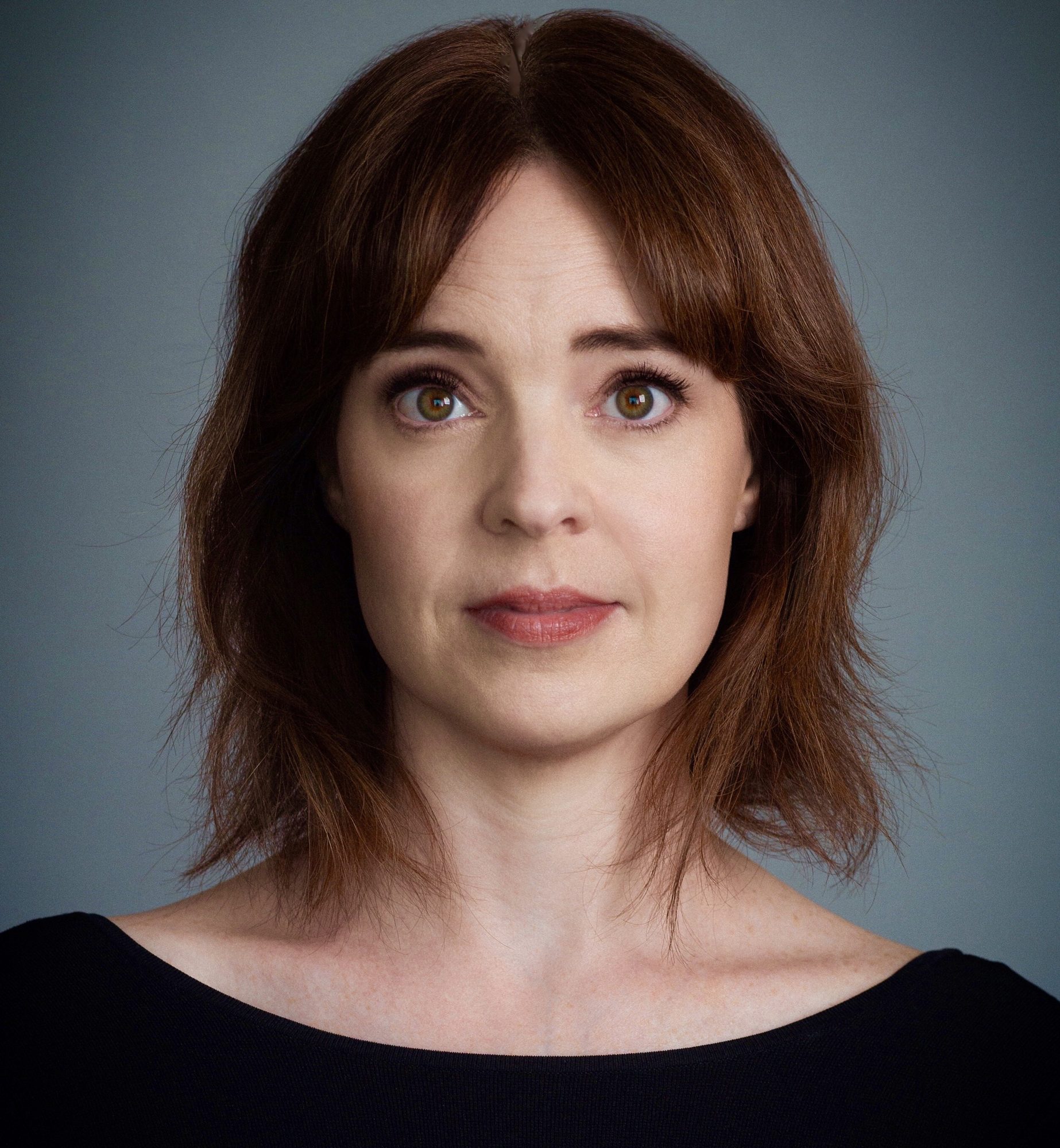 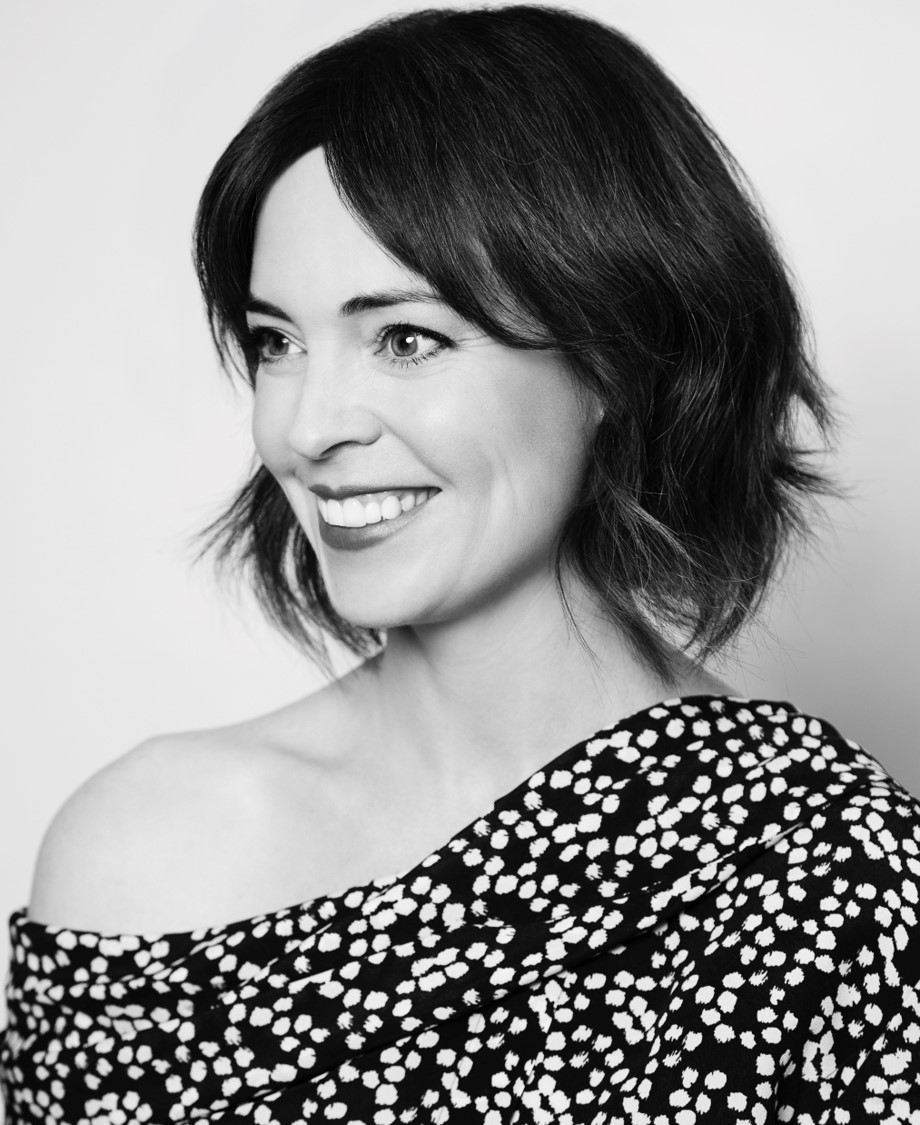 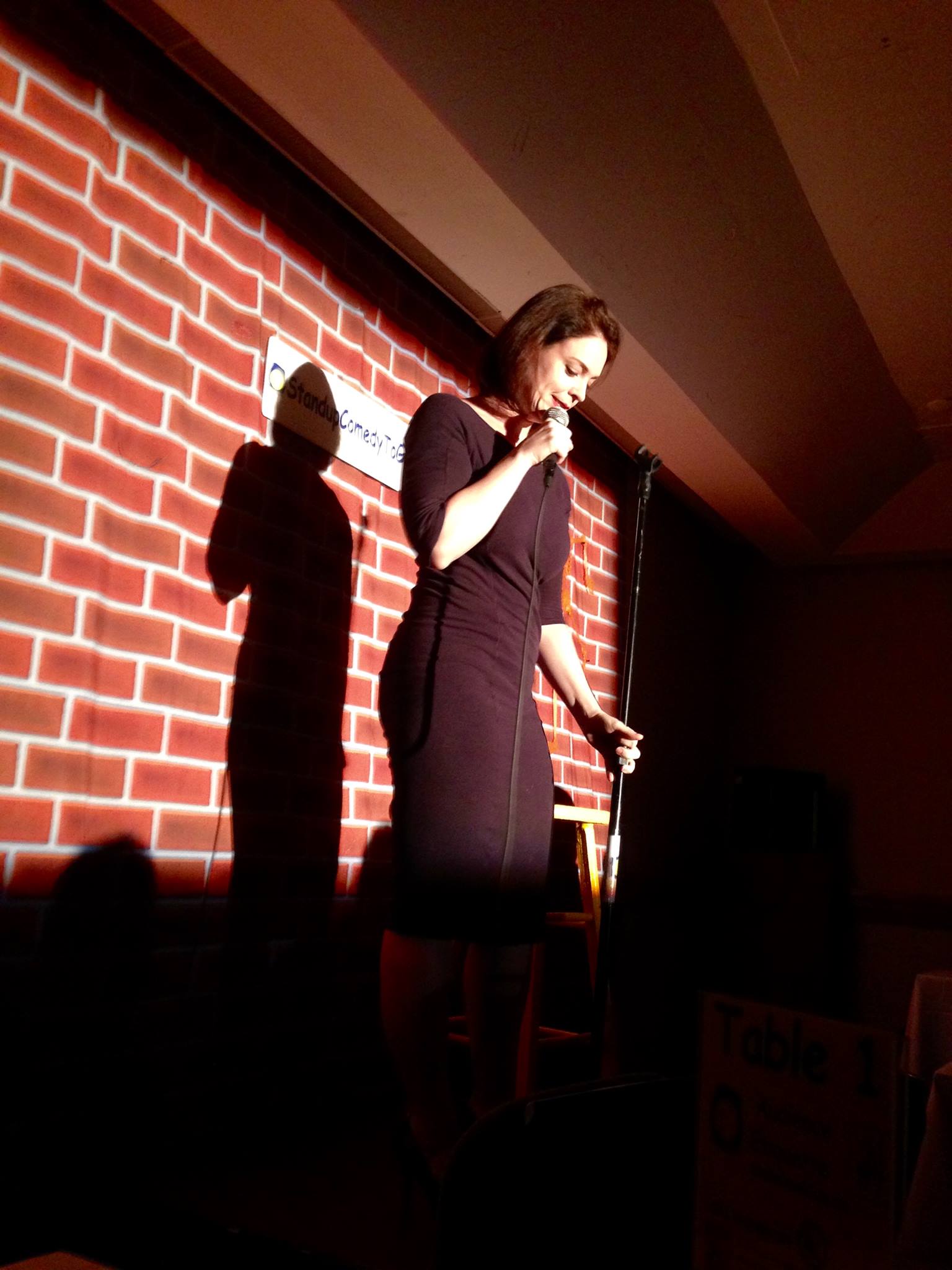