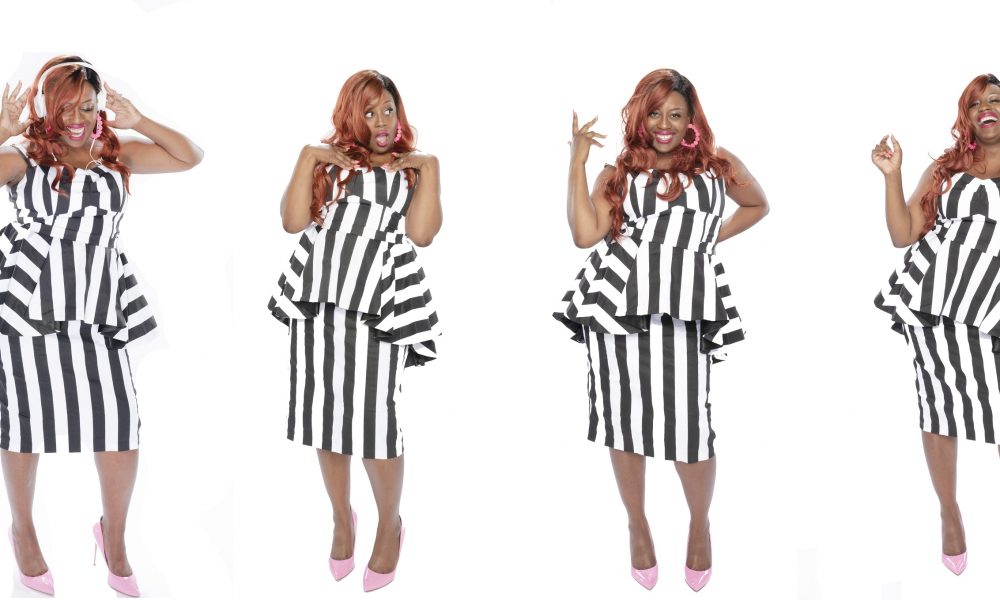 Today we’d like to introduce you to Deborah Jane Burke.

Deborah Jane, please share your story with us. How did you get to where you are today?
Mic check 1,2,1,2. Not the words you expect to bust out of Orange County, California but that is where I found my funk. I am the daughter of Guyanese immigrants (a scientist/inventor and nurse/professor), and I grew up in an all-white suburb. I was one of the only black kids in my school, church, and neighborhood. I remember our next-door neighbor moved out because they did not want their daughter to play with me and my sister. My parents, being Caribbean, had no context for this type of racism, so I was left to decipher it. The result? Often feeling outcasted by whites and the few blacks – like I never had a home. This divide sparked my passion to write stories that gave diverse women a voice and promoted multicultural unity.

As a kid, I was pretty desperate to discover my roots and express my imagination – which I did through literature, hip-hop and musicals. I remember when my father took me to see Les Miserables on Broadway. I was enthralled! I knew immediately I wanted to create a musical of that caliber that dramatized the social issues of my people. When my father gifted me with the groundbreaking album, The Miseducation of Lauryn Hill, for my 16th birthday, my life drastically changed. Hip-hop connected me to my roots and gave me a marvelous creative outlet, dancing, rapping and writing.

I devoured as much African-American history as I could, basically living in libraries after school. At 12-years-old, I began reading slave narratives. (I know, I was a unique kid). Stories of my heroes, Harriet Tubman, Sojourner Truth, and Frederick Douglas thrilled my mind… but they left me haunted with a recurring nightmare. Night after night, I woke up in 1845, in the Antebellum South – a slave. What would I do?

That question followed me to Stanford University, where I obtained my Bachelor’s in Creative Writing and African-American Studies. There, I discovered hip-hop theatre – a dynamic combination of hip-hop, story, and revolutionary social protest drama. Although I’d never written a play before, I knew the story I needed to tell was my childhood nightmare: a modern woman trapped as an 1800s slave… but as a hip-hop musical, like Hamilton. I wrote and produced Strange Fruit: The Hip-hopera at Stanford in 2004. It was my Les Miserables. I was even lucky enough to direct Issa Rae as one of our star actresses back when she was a student. Strange Fruit:The Hip-hopera was awarded a plaque. We received a standing ovation, and when I took a bow, I heard God whisper, “This is just the beginning”…

I jumped into Hollywood — working long hours in production on film and TV sets. I mean, I scrubbed floors on a BET production, dealt with all types of divas, and assisted presidents at TBS, PBS and FOX. Also, I chiseled my screenwriting craft as an Act One Screenwriting Fellow (Christian screenwriting program), and as a Cosby TV Writing Fellow. I completed my Masters in Screenwriting at USC School of Cinematic Arts, where I re-wrote Strange Fruit into a feature film in 2011.

Now, as a screenwriter, producer, and hip-hop recording artist, I have launched my production studio, House of Deborah Jane, to create dynamic content that champions diverse voices and powerful women’s stories.  Thus far, I’ve penned three films, three TV pilots, and two digital series. Strange Fruit: The Hip-hopera is our most important work, especially given the state of social unrest in our country. In this time of racial reckoning, I see George Floyd and the many other black lives tragically gunned down by police, as symbolic “strange fruits” of America. I believe our society cannot progress forward unless we go back to our roots. That is what our movie is all about. My team recently launched a GoFundMe to produce Strange Fruit as a short film in order to present the concept to larger studios and investors. We are raising $25K by September.  All generous donations will support production costs. Our ultimate mission with the film is to ignite racial reconciliation across our nation through powerful musical box-office entertainment!

To Donate to Our GoFundMe: https://www.gofundme.com/f/strange-fruit-the-hiphopera-short-film

Overall, has it been relatively smooth? If not, what were some of the struggles along the way?
Smooth road? Ha! I have never heard of being an artist or entrepreneur being smooth. The challenges and struggles, however, have strengthened my courage and my faith in God. Originally, when Strange Fruit was a Stanford play, the obstacle was a lack of diverse productions by or for people of color. I was sparked into action when I saw a long line of actors of every ethnicity auditioning for one role in our campus’ production of West Side Story. I knew I had to break ground to create new opportunities for black and brown talent. So, I raised $8000 to produce the play, winning several art grants. Overall, Stanford was incredibly supportive of my vision, and my amazing professors nurtured my writing talent – I love them to this day! But there was also racism. One drama student said, “There was no black talent at Stanford”. We proved that idea wrong with a sold-out performance featuring 30 black actors. After the curtain fell, we received a standing ovation, and an elderly African-American woman said, “Thank you for telling my story.” She had tears in her eyes. I knew then that I could use the power of hip-hop to tell stories that unified people of every race.

Now, creating Strange Fruit as a  Hollywood feature film is a whole other elephant. It’s been an uphill battle. Nearly every film executive we pitch to is compelled and excited by the project… but them taking the next action step is another matter. They often need to see a visual of the concept – which is why we are creating a short film. Ideally, we want to attract spirit-led producers with the courage to champion our unique vision. Besides myopic thinking and racism, I’ve also run into narcissism and sabotage from other creators. Creatives who actively tried to break me and the project down. (Remember kids, not all skin folk are kinfolk!)  Also, I have experienced male partners who wanted to use my creativity but did not want to give me the power and pay my creativity deserved. You know, the usual sexist nonsense. Finally, in Hollywood, there is the risk of theft from more established producers who will poach your ideas and repackage it as their own. You really have to protect your IP.

Despite these obstacles, Strange Fruit has received great reviews from industry executives, garnered interest from celebrity talent, and has been well-received in screenwriting contests. I have even been interviewed by TD Jakes’ team on my behind-the-scenes journey through Hollywood. Strange Fruit has been many years in the making, and I am excited to take it to the next level.

House of Deborah Jane – what should we know? What do you do best? What sets you apart from the competition?
The House of Deborah Jane is a production and content creation studio located in Orange County. Our mission is to create dynamic media that makes a social and spiritual impact on the world and tells the stories of women and diverse, marginalized people — in innovative ways. We have developed multiple digital, film, music, and television projects. In addition to Strange Fruit, we have two TV series we are pitching, a black superhero thriller and a family comedy. Additionally, I have a hip-hop talk show webseries, The HOTT, in the works. We are currently seeking the right investors to partner with our studio.

In addition to film and television, I create music! Intertwining story with music is my ultimate passion. As an emcee myself, I have released my Retro-Lutionary Mixtape and am currently recording my debut album under my stage name, Retro Raptress (IG @Retro_Raptress). Retro, because I live for glamorous vintage pin-up girl style!  Additionally, as an activist, I have had the honor of speaking at rallies and have launched #DanceProtest — an organization that uses dance to fight for social justice. We are collaborating with other civil rights leaders and non-profits.

I am proud to be a black-owned female studio in the making, and my goal is to pioneer in the intersection of cinema, music, and social change — ultimately to create racial reconciliation.

What is “success” or “successful” for you?
To me, success is blazing new trails, pioneering in your artform, authentically living your truest identity, and creating a fabulous, financially sound life. Right now, it looks like launching a movie, selling a TV show, writing a book, or establishing the studio!  The best success? Seeing Strange Fruit: The Hip-hopera in theatres worldwide. I want to pioneer in film and hip-hop, like Lauryn Hill, to make it easier for women and people of color to create their own dreams after me. Ultimately, success means making a social and spiritual impact with my art and fulfilling God’s purpose for me in the world. 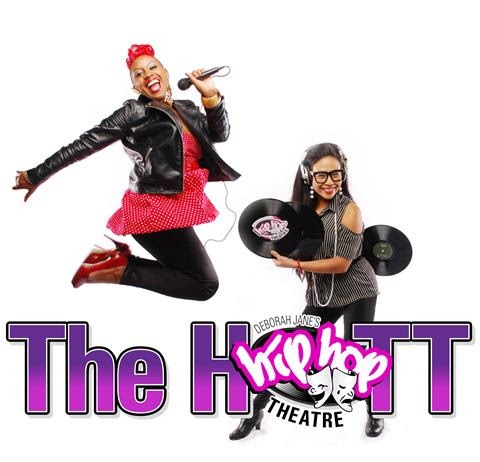 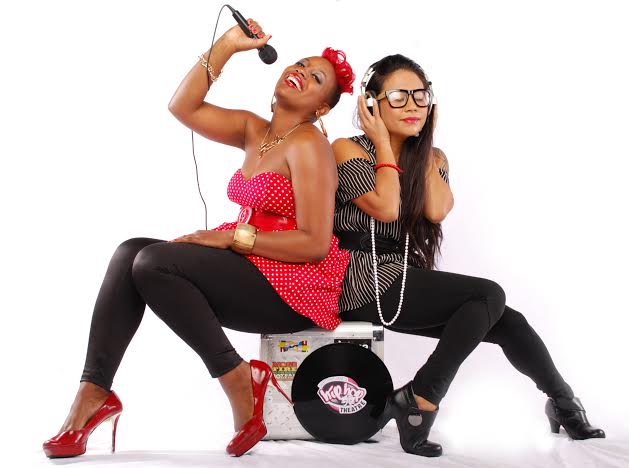 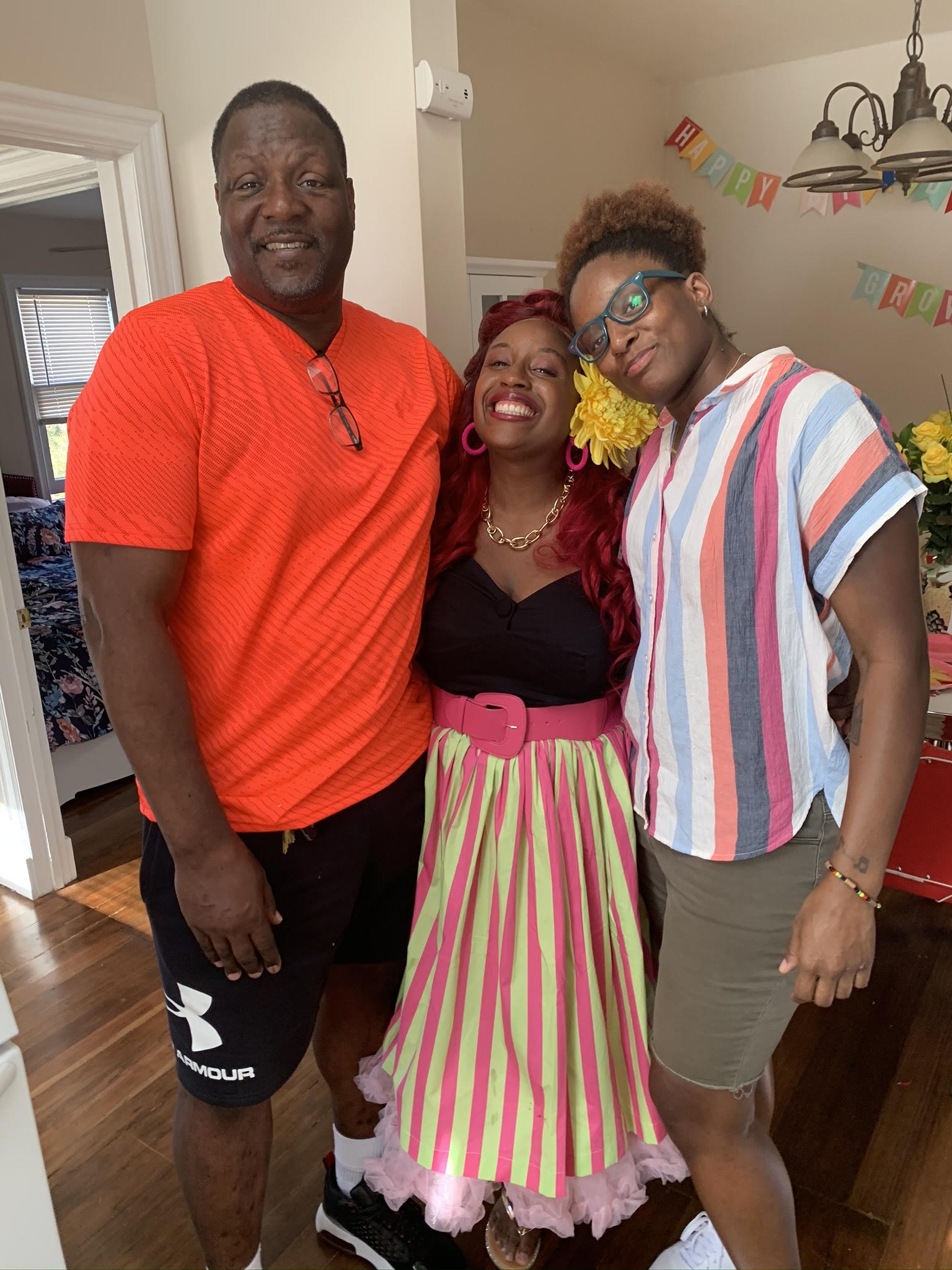 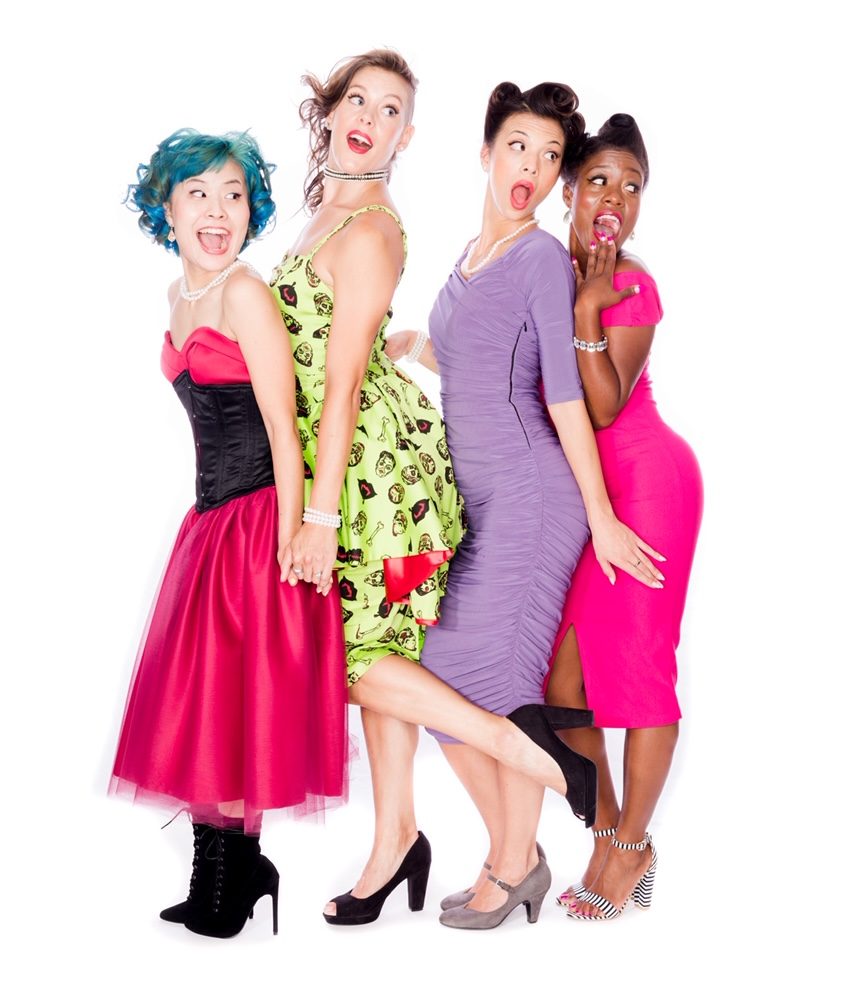 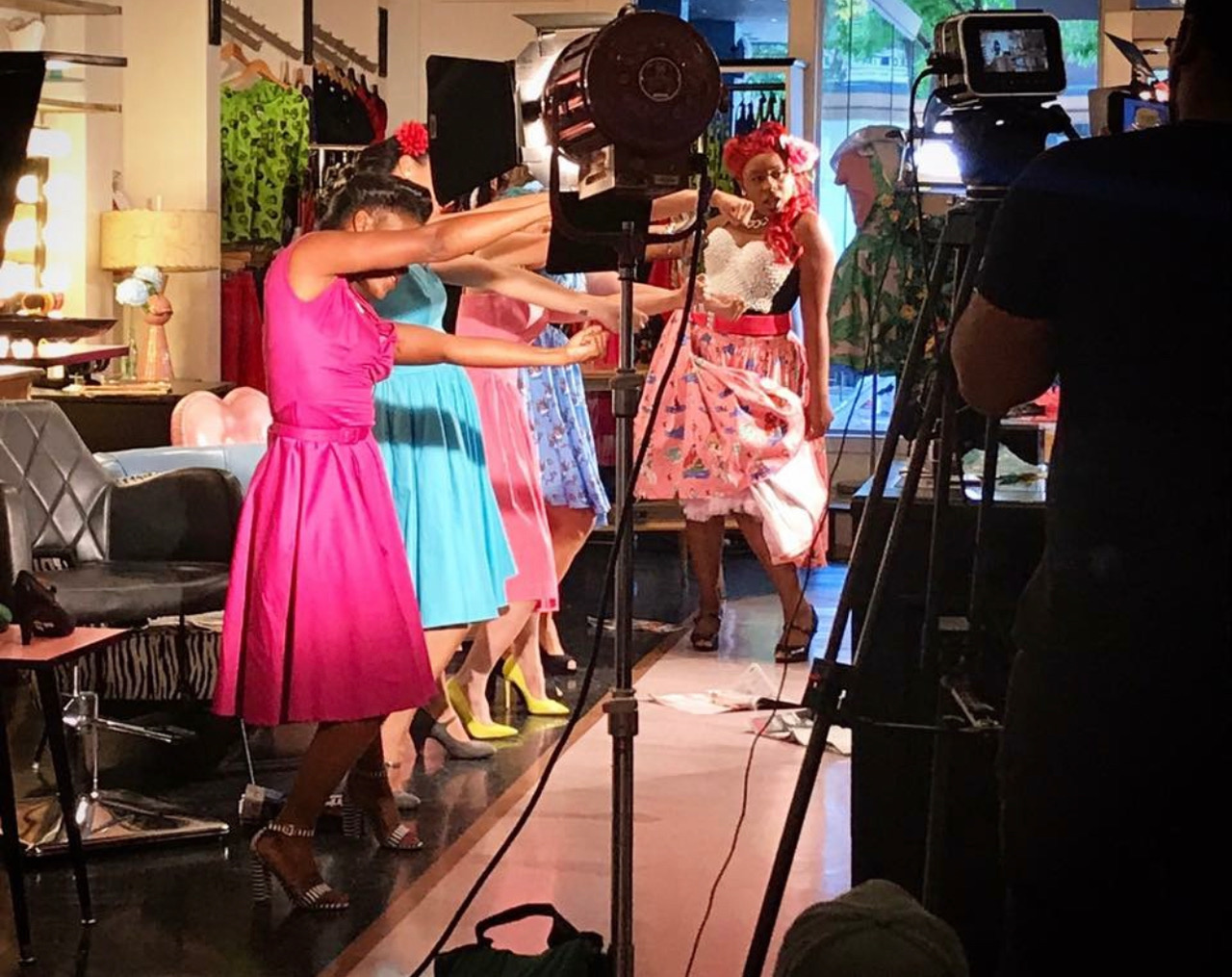 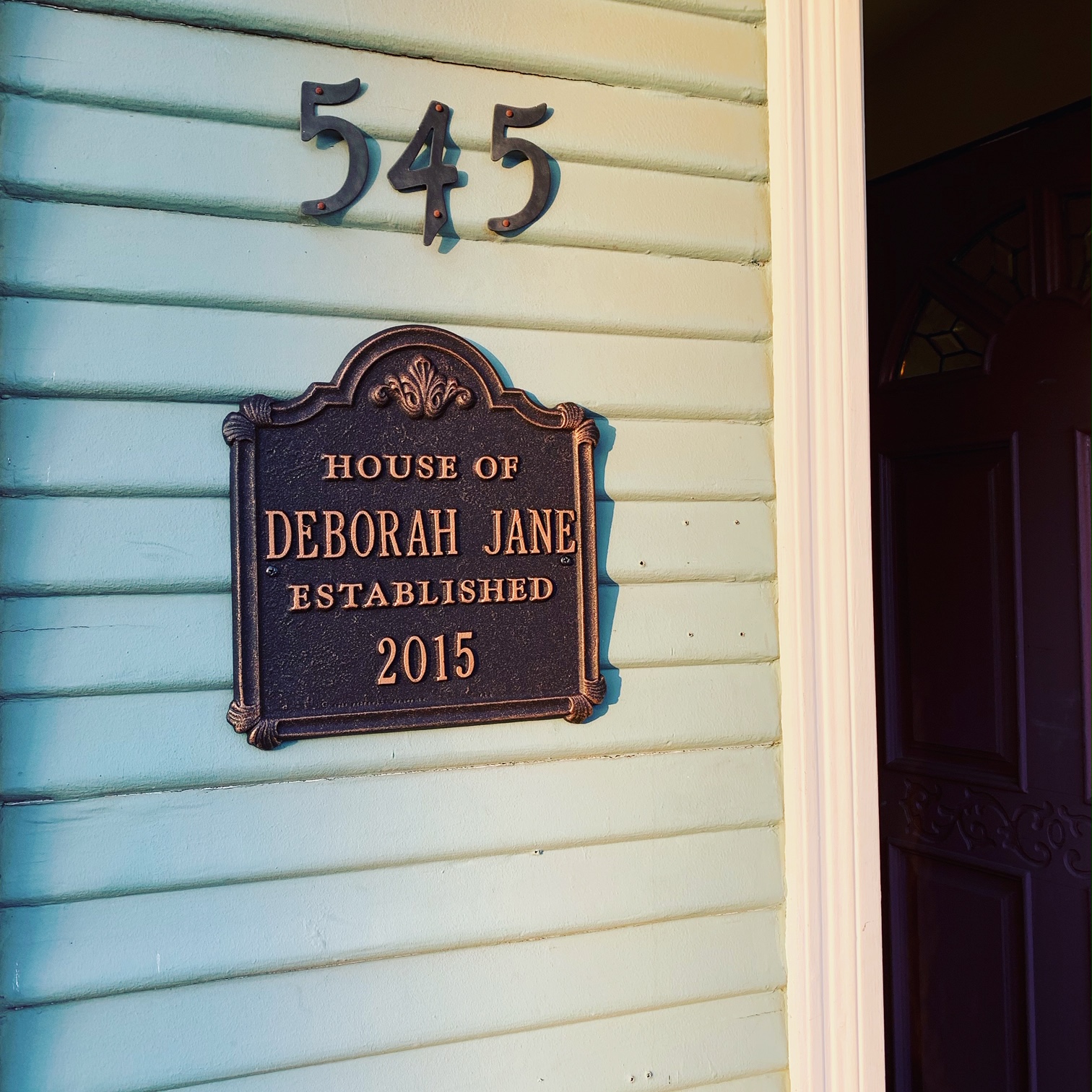 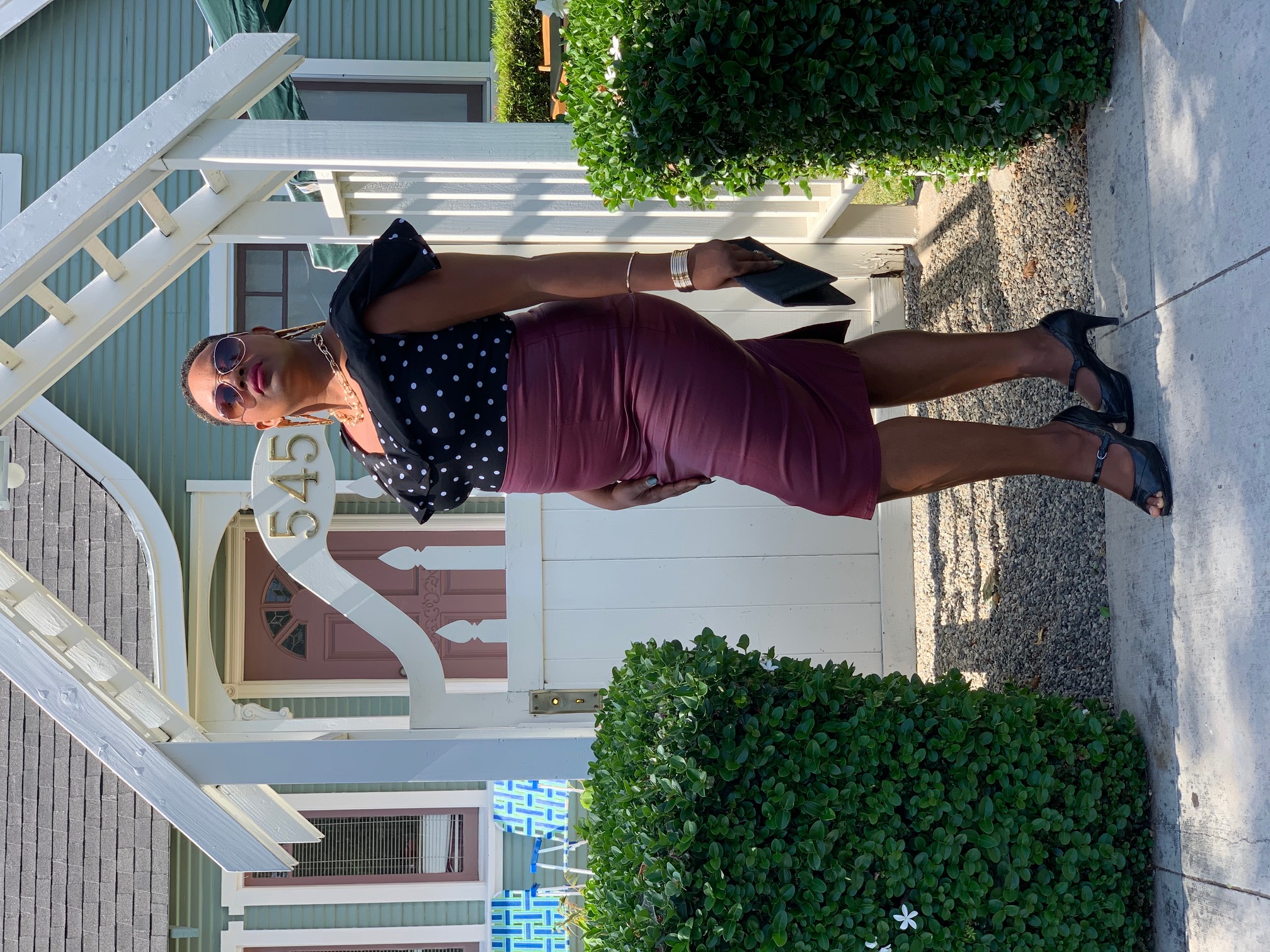 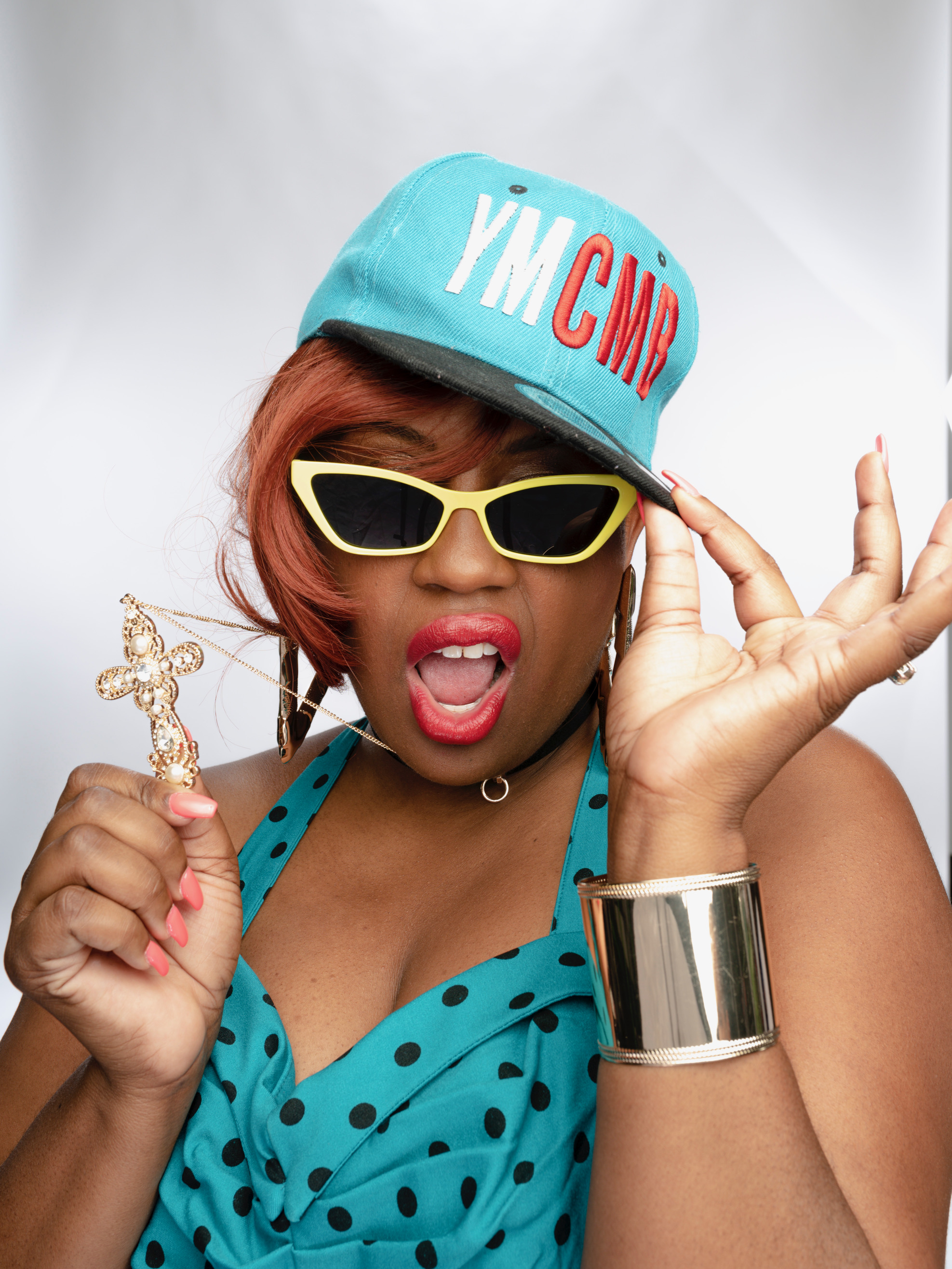 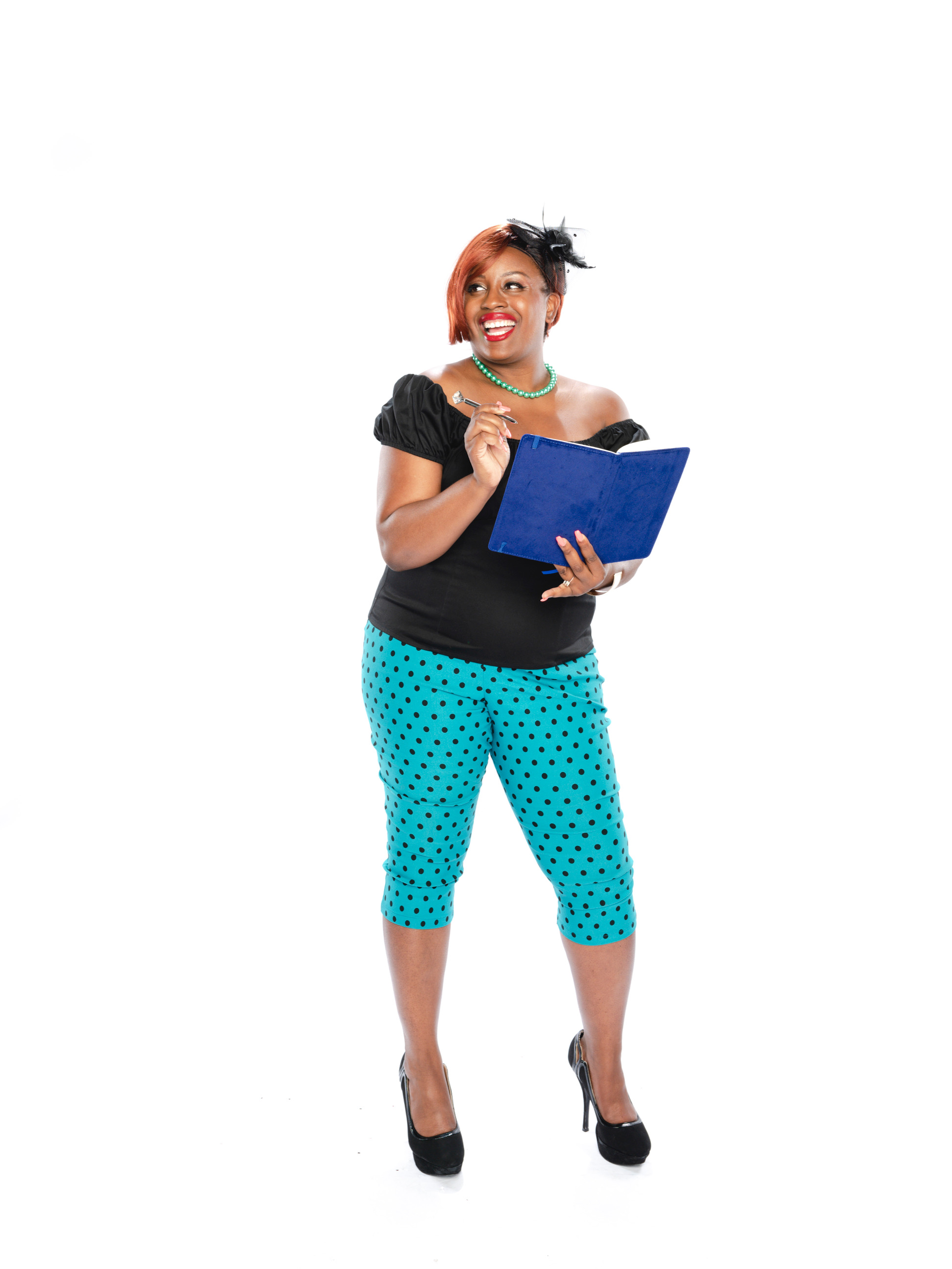 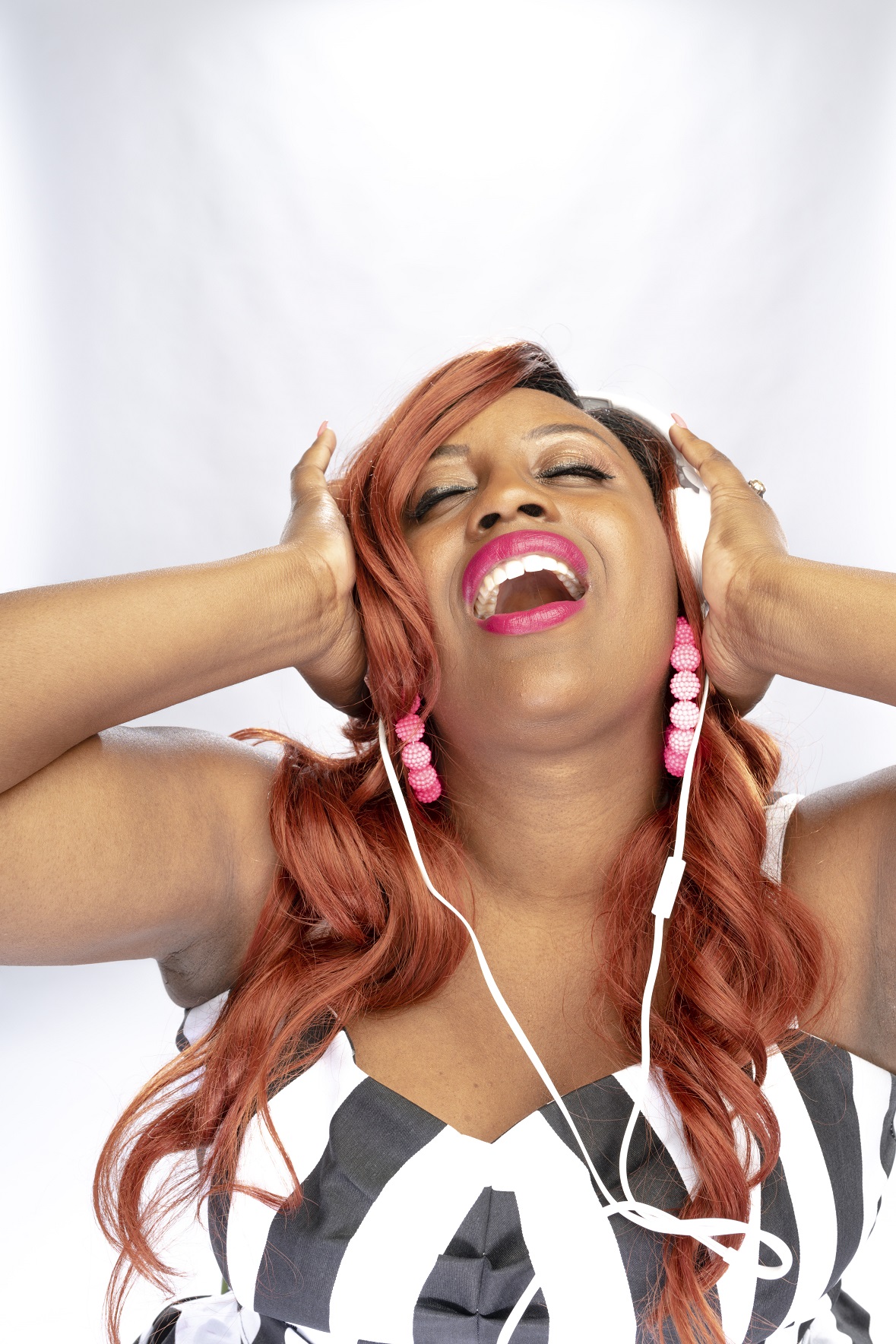 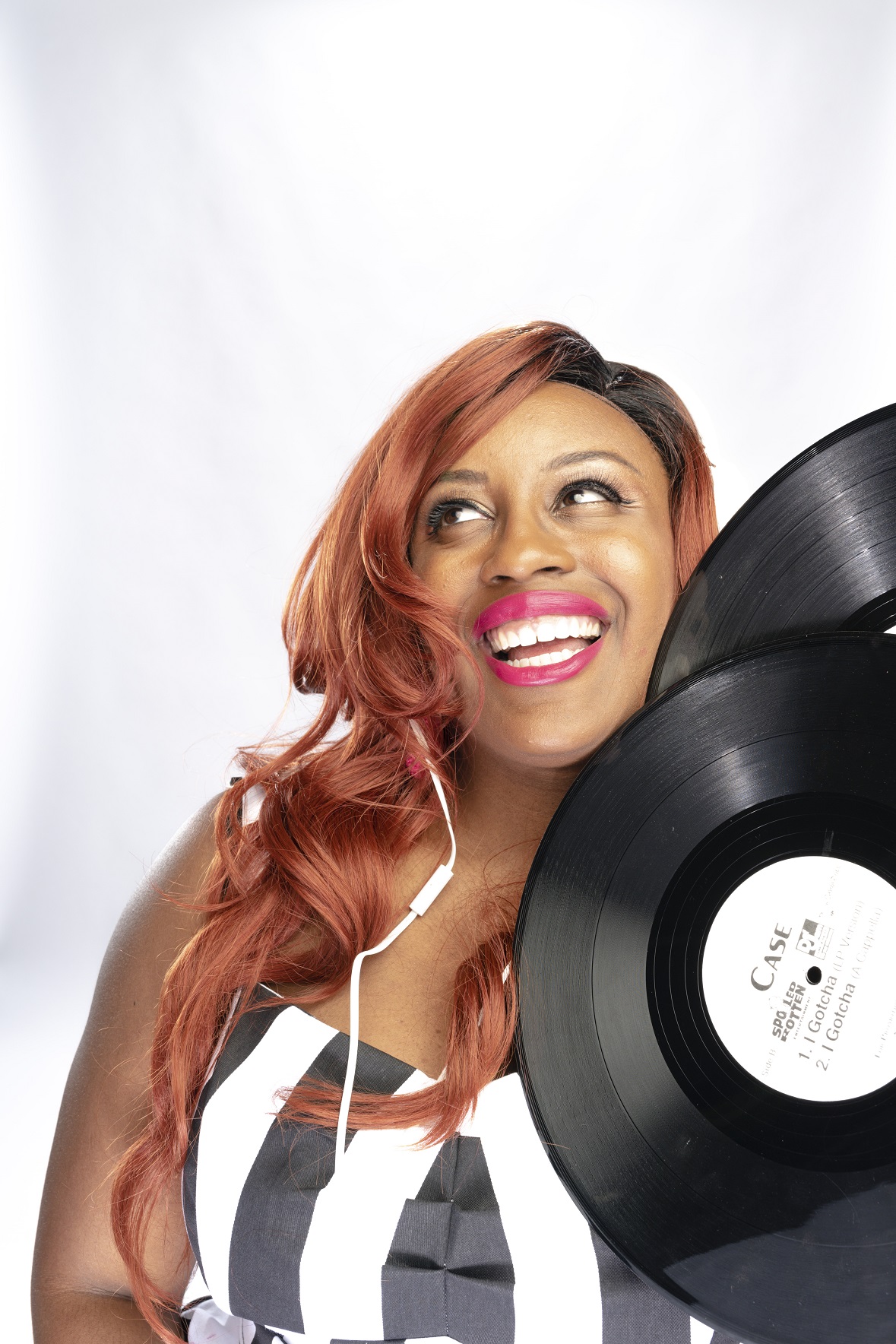 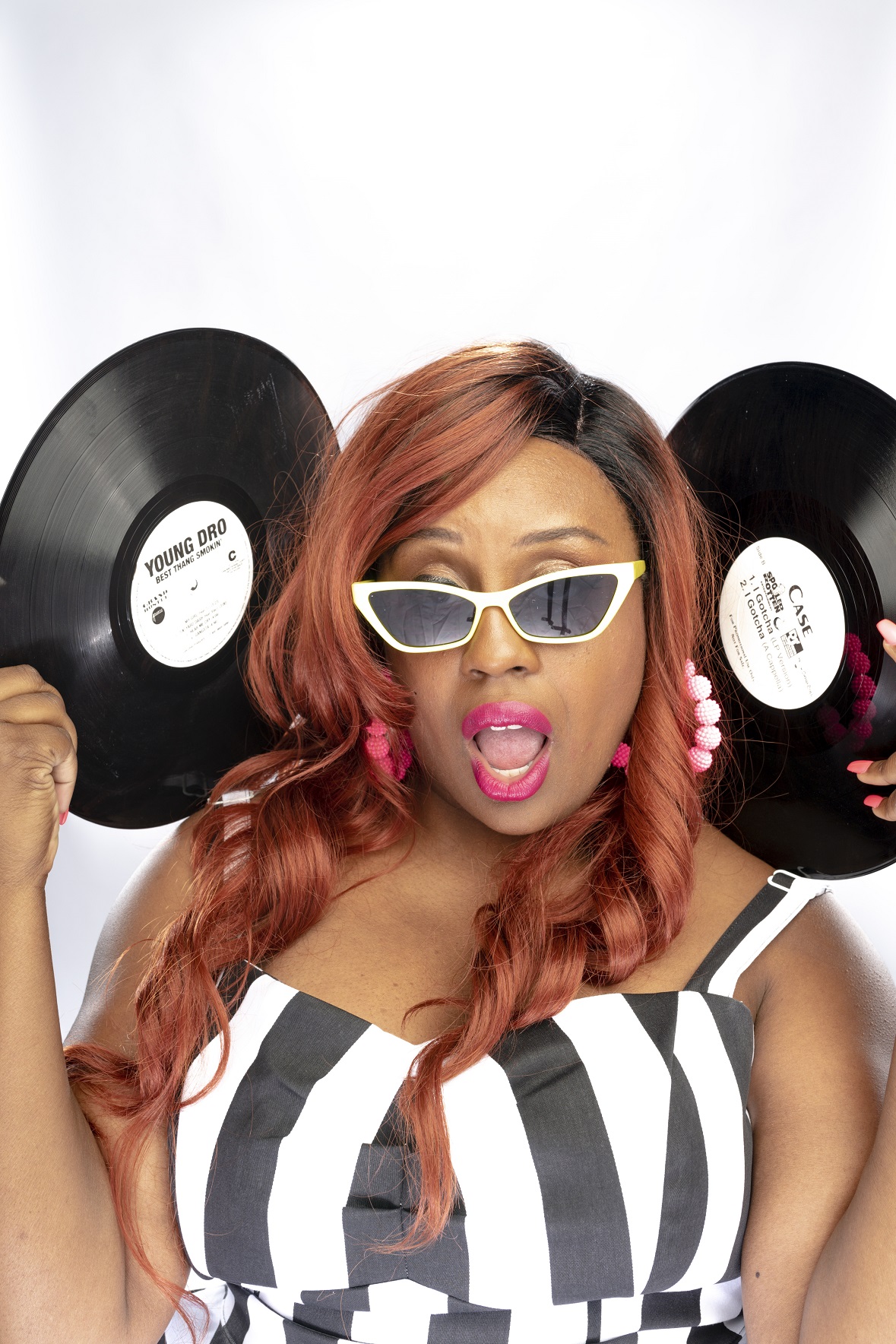 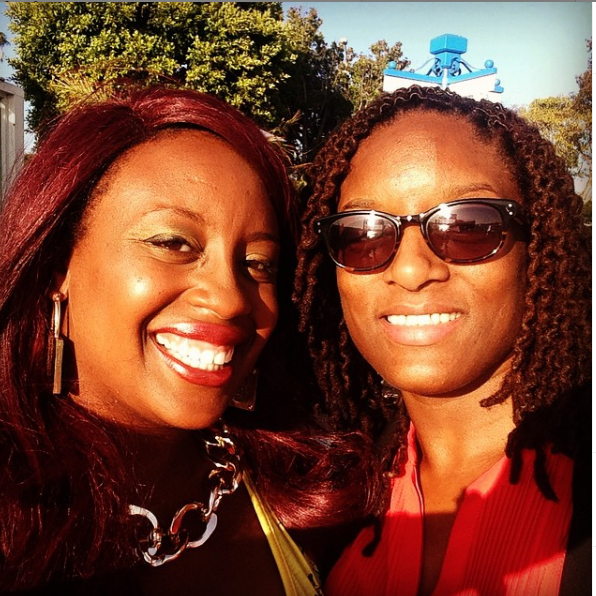 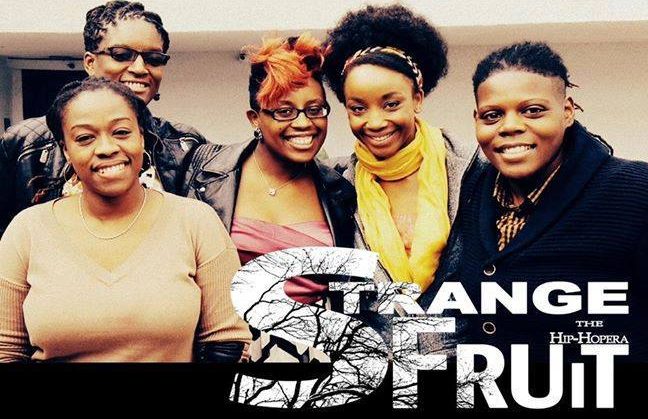 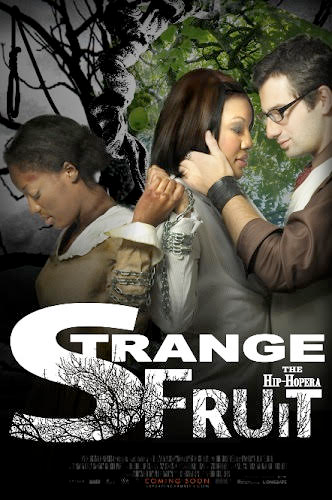