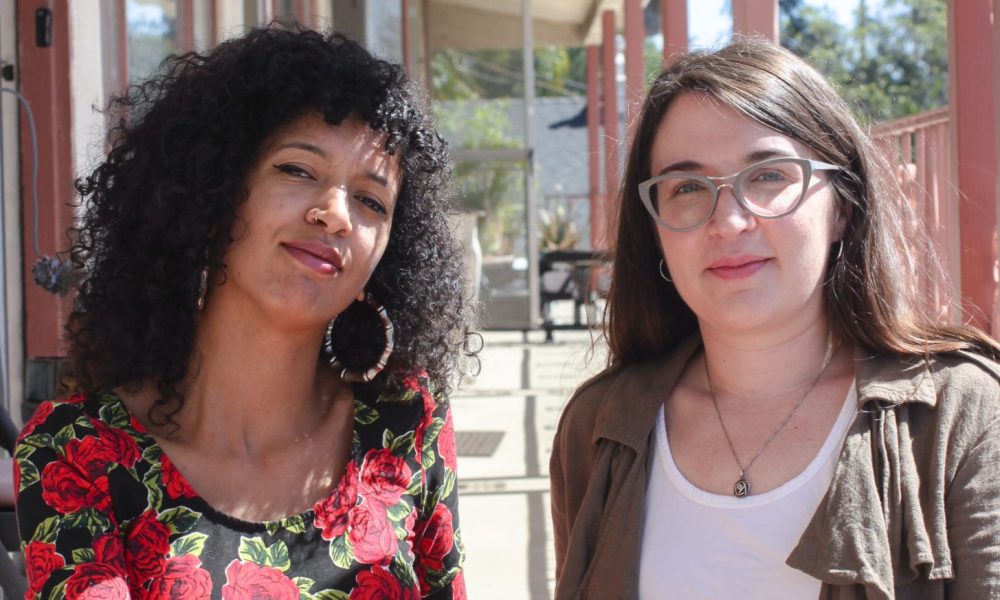 Today we’d like to introduce you to the co-founders of LA-based feminist film collective, Color Film, D’arby Rose and Lindsey Esplin.

D’arby and Lindsey, can you briefly walk us through your story – how you started and how you got to where you are today.
DR: In 2015 I started Women’s Wednesday Movie Nights, womxn-only movie nights featuring films written, directed by and starring women. I hosted chill nights with my girlfriends at my house so we could have our own conversations about movies without men dominating the conversations as they typically do. Whenever I would go to film screenings, the audience and Q&As would be filled with a lot of testosterone, so I wanted to curate my own night where it didn’t have any of that. Eventually, friends asked if I could make time between films to be hang out rather than just right into the next one, so I added time for socializing, realizing how much we womxn craved time to connect with each other in a safe space. Everyone was excited to have the time together to talk about work, collectively find solutions to make work in the film industry a better workplace and make new like-minded friends. This aspect of community building became key.

In that time Lindsey and I started working together at a production company, and as we became friends we also learned that we both had endured a lot of discrimination and creepy dudes.

LE: We’re both problem-solvers so the more we talked about these issues the more it came up for us that it doesn’t have to be this way.

DR: So we started to work on dismantling the industry’s patriarchy.

LE: It started with the movie nights at [local feminist non-profit space] Junior High, where I just helped as a volunteer.

DR: And eventually I just wrangled you in and was like, “Will you do this with me every time I throw an event?”

LE: And I said, “Hell yes!” We realized we wanted to mobilize and connect with other filmmakers in Los Angeles because this city is so big. We wanted to be more accessible.

DR: From there we kept planning workshops, organizing meetups, and curating more movie nights from filmmakers like ourselves. We just want to connect filmmakers with tools and resources to keep kicking ass.

Great, so let’s dig a little deeper into the story – has it been an easy path overall and if not, what were the challenges you’ve had to overcome?
DR: Color Film was born out of obstacles and challenges. I’ve spent a lot of my life looking for communities and careers that had the same values as me. In return, specifically in film, I’ve faced a lot of racism, both micro-aggressive and overt, sexism, and other weird xenophobia. For the first five years of being in Los Angeles, I let a lot of that get to me. I worked for a company that I was pretty loyal to and I thought was loyal to me, but there I faced micro-aggressive racism and sexism and in those times many co-workers didn’t have my back and showed their true colors, which was disappointing. The upside: I met Lindsey.

LE: We try to embrace obstacles and challenges at Color Film. Some of those are financing the events, marketing, securing spaces, getting the right date and time for our community that works typically 12 hour days, and other random things, but the events always go well and we always get positive feedback. It’s validating to know that people get a lot out of it.

DR: Totally. Our community makes the heavy lifting worth it. One of our current challenges is trying to foster in-person connections, but it’s been a struggle when we’re living in a heavy social media online era. Also like Lindsey said, we try to make as many of our events accessible and flexible for folks who work 12 plus hour days in film and television.

LE: We actually worked at a non-profit whose target demographic was teens from low-income communities, but the events it hosted would often be in areas that were only accessible by car when these kids lived in neighborhoods on the opposite side of Los Angeles, and their families sometimes didn’t have a car. That’s something we found frustrating so we make a conscious effort to be nearby transportation and always think about what access means for each event. Is it near a train line? It is near a bus line? Is there parking? Is it a place with a 2-drink minimum? Are you being carded at the door? Is it okay to walk alone at night?

DR: We take access and safety as seriously as we can as we do inclusivity and community at Color Film.

What else should we know about Color Film?
DR: Color Film connects womxn and marginalized filmmakers with tools and resources to self-advocate in the film industry. We organize and host workshops focused on personal and professional development, meetups for folks in the film industry, movie nights with local filmmakers, and a growing digital resource database.

I wanted to make a space that reflected my same views in intersectional feminism and film. The things that often lack in other (sorry to say) feminist spaces are brown and black womxn and/or they have this faded inclusive-exclusive line. Where some spaces are so “inclusive”, that they become exclusively one type of identity, and then here I am, this semi-awkward yet sociable mixed womxn, trying to fit into a space that’s supposedly inclusive. I think feminism has changed a lot and at the end of the day, we are just try to make sure that everyone that steps into our events, is able to leave an impression so that the next person that comes in like that person, feels reflected.

Is there a characteristic or quality that you feel is essential to success?
DR: Open communication. Between Lindsey and I and us and our community.

LE: That’s how we’ve curated all of our workshops. We’ve based them on feedback from our community in-person at our Connect events…

DR: And survey forms after our events to make sure we’re meeting everybody’s expectations in how they spend their time with us. Color Film isn’t for Lindsey and I, it’s for the folks we see succeeding through the many obstacles society as put upon them and us. Those folks being female-identifying and non-binary filmmakers with stories to tell in front of and behind the camera. We just want to open the line of communication between all folks so we can have more and more opportunities in film and in the world. 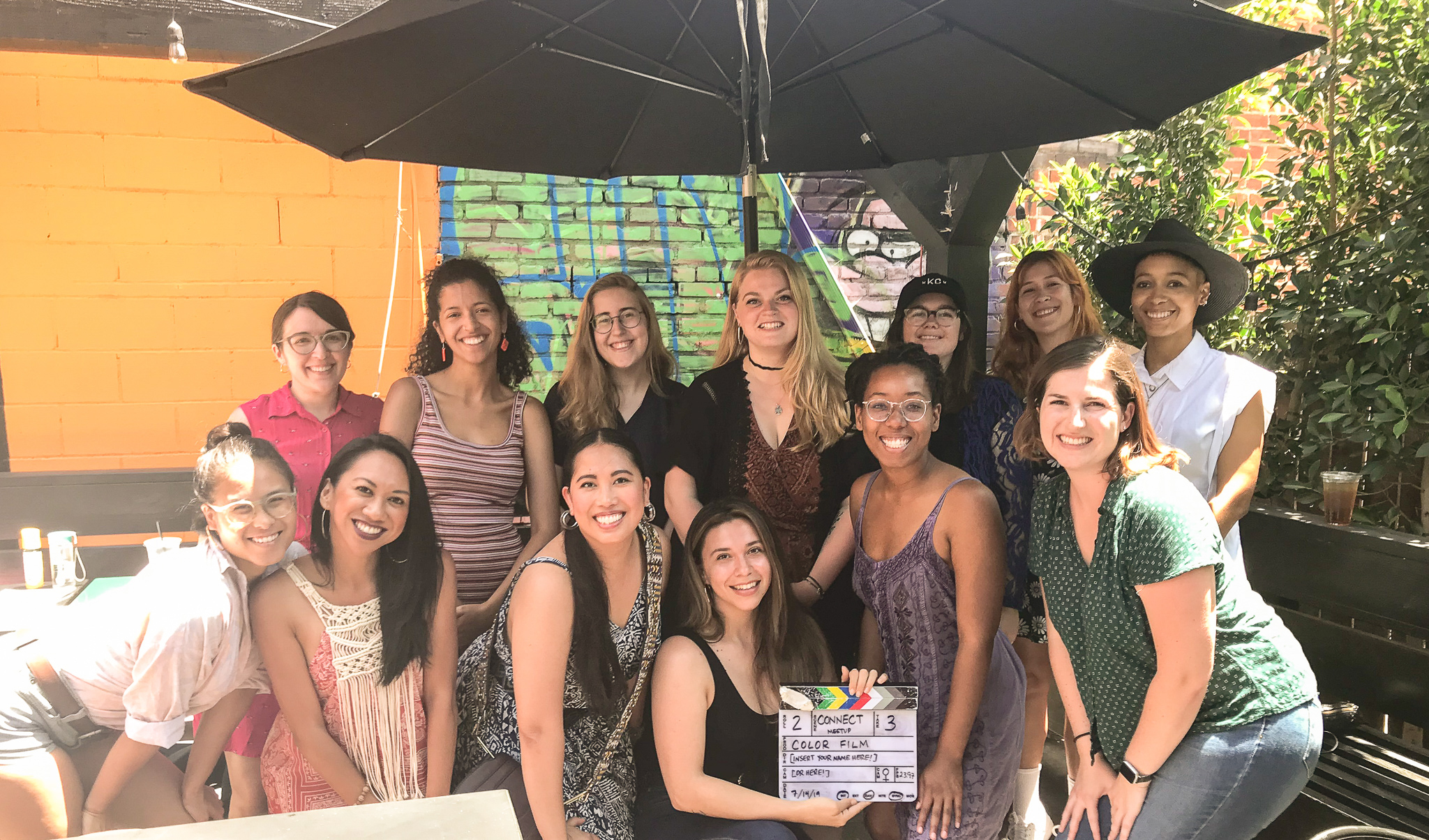 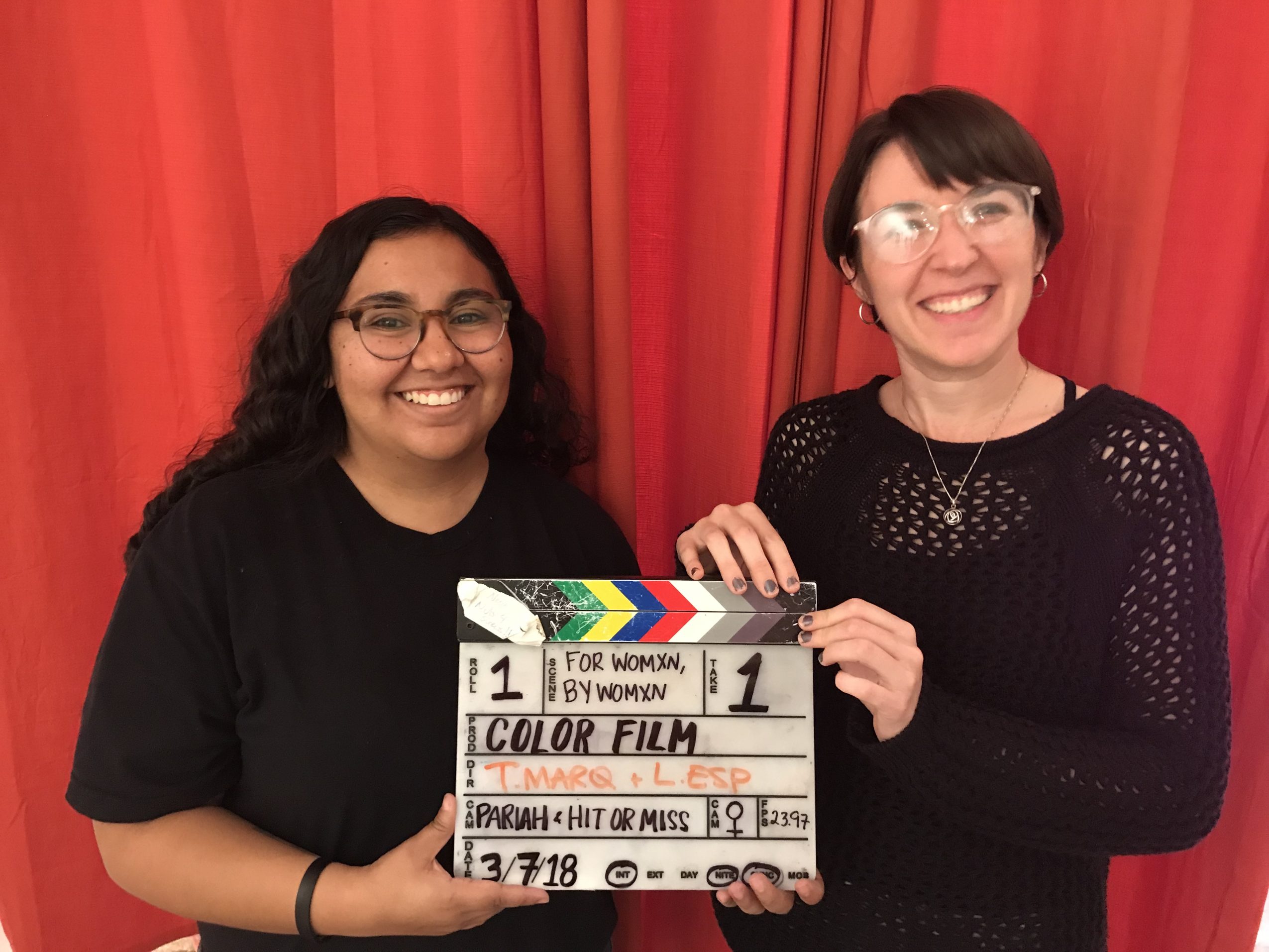 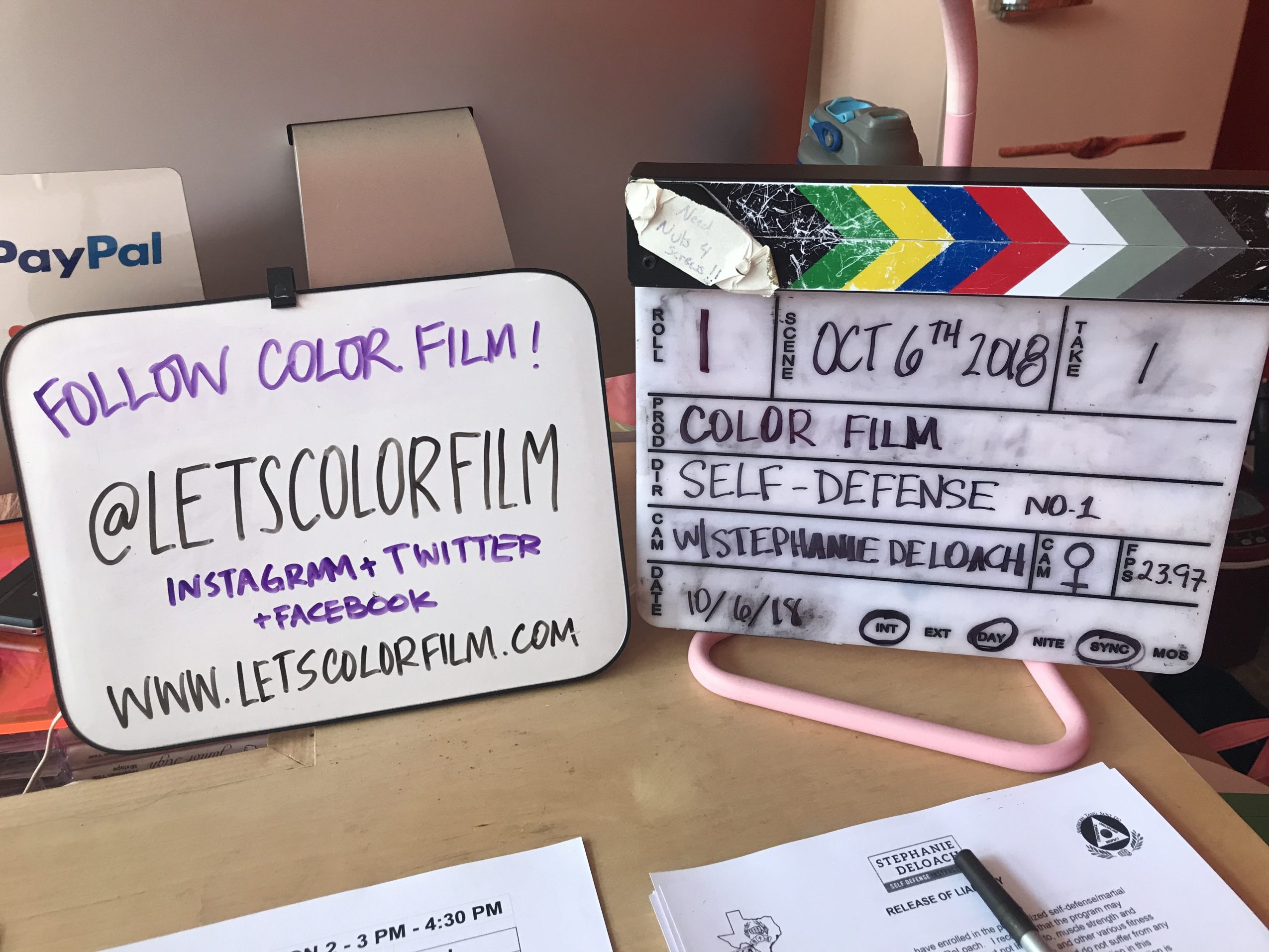 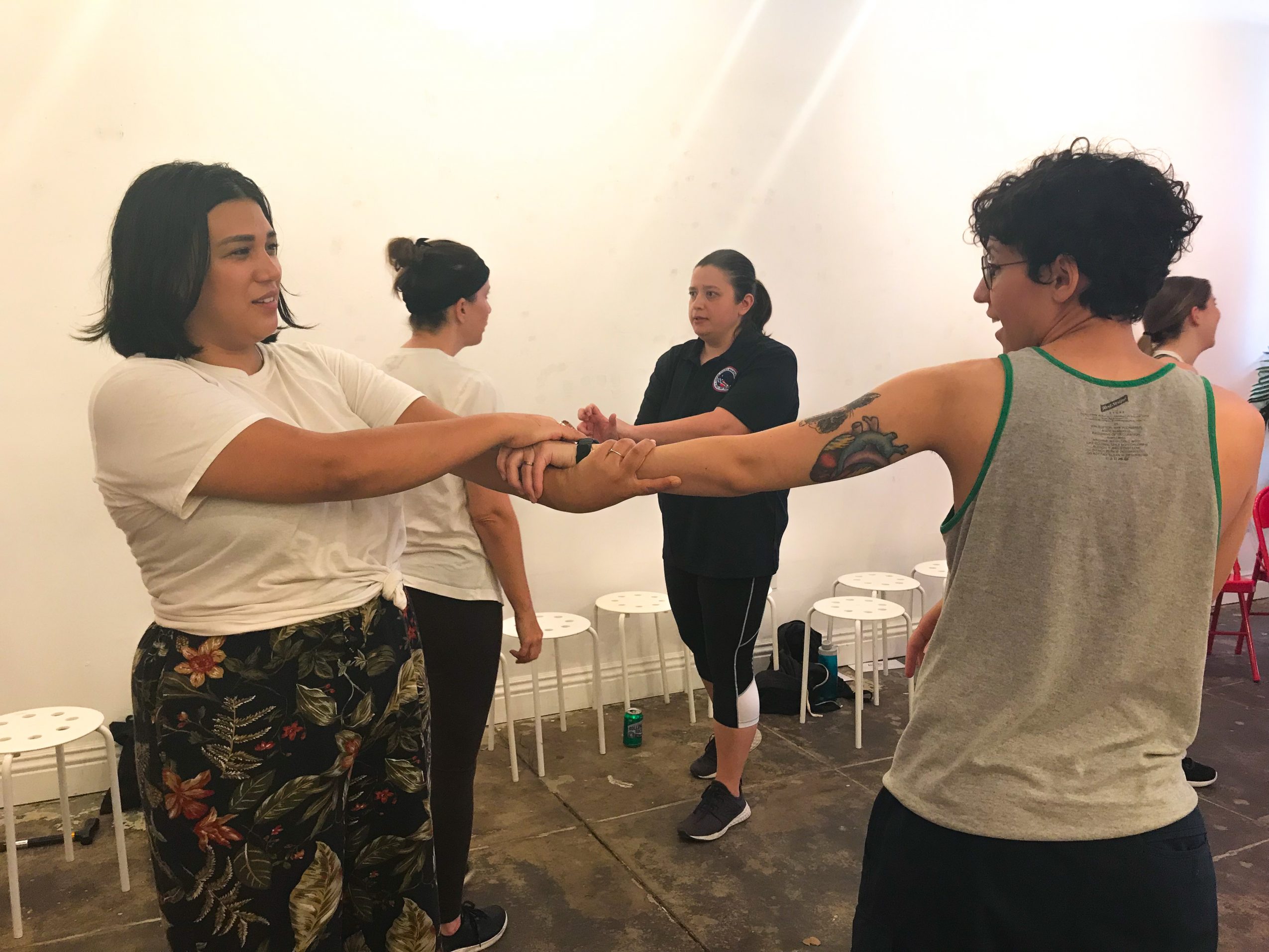 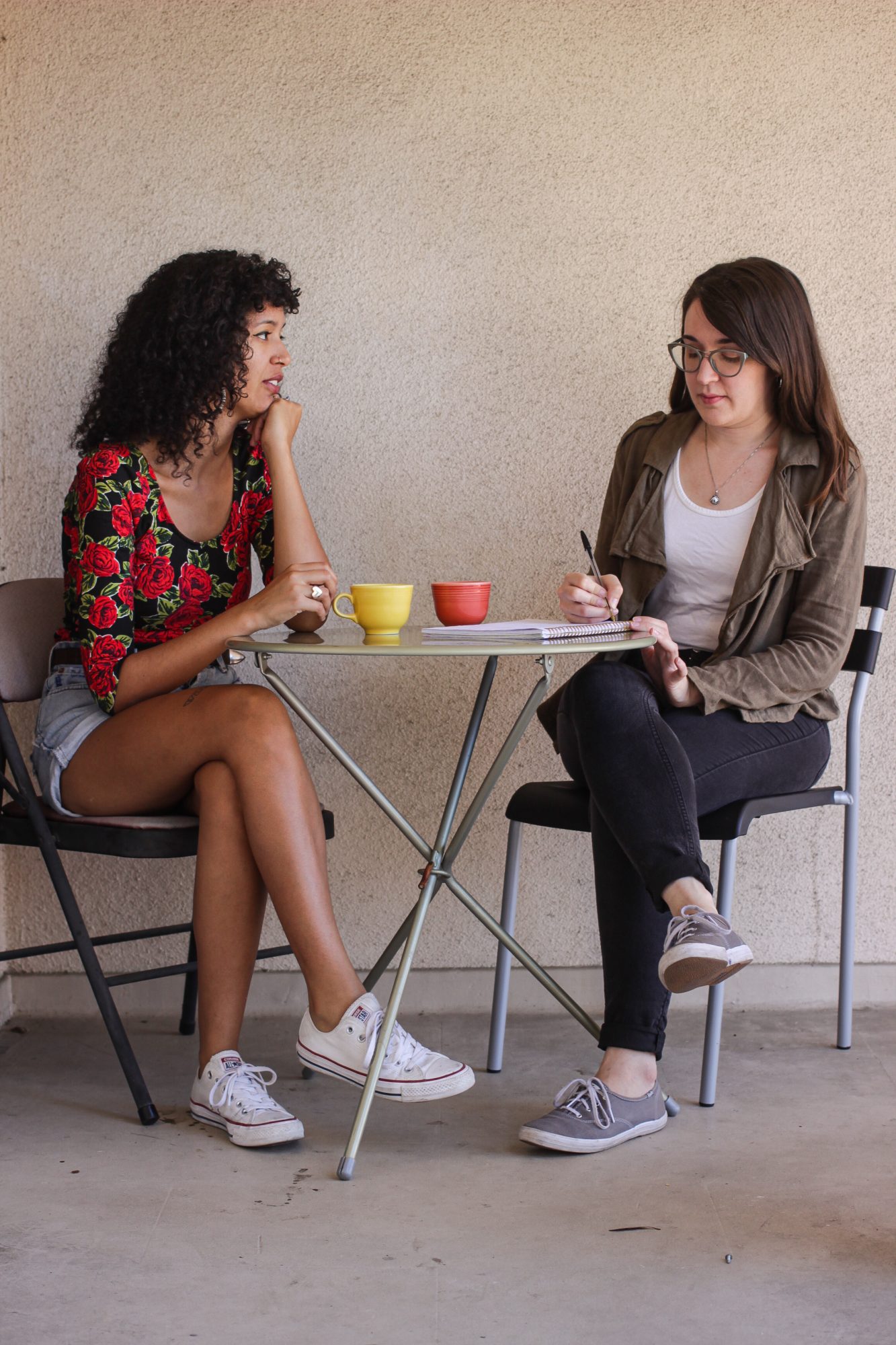 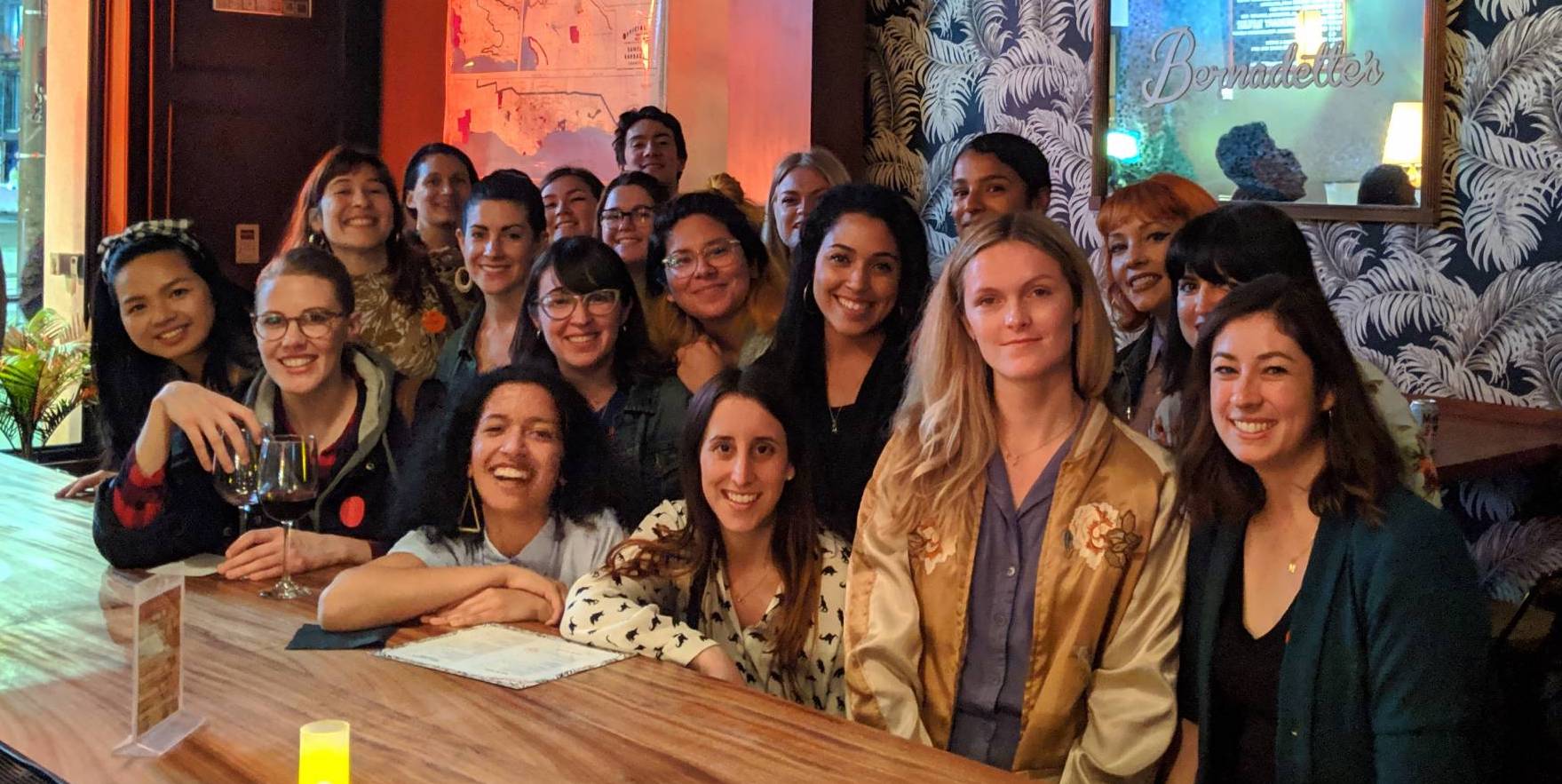