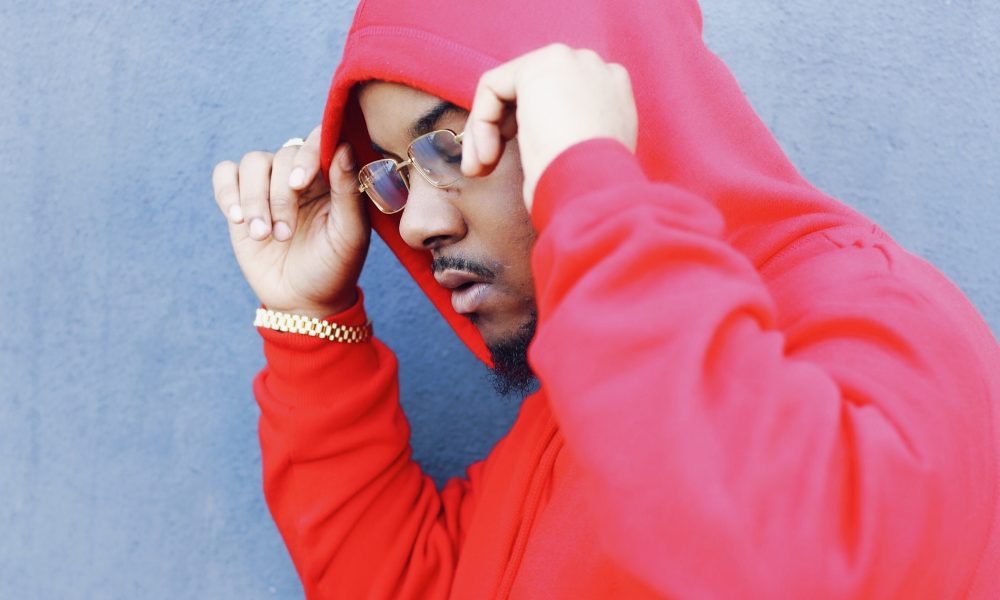 Today we’d like to introduce you to Damar Aaron.

Thanks for sharing your story with us Damar. So, let’s start at the beginning and we can move on from there.
Born in East Orange, NJ, I was bred into the world of music. I remember falling in love with music very young watching my dad tour with Stephanie Mills. Also, my uncle toured with Whitney Houston and is currently a long-standing member of the band Earth, Wind & Fire. Being exposed to the music/entertainment industry at such a young age, I became fascinated with traveling and performing.

I attended a private chorus school from 4-8 grade which focused on both academic and musical excellence. During that time, I had the chance to perform a diversified repertoire of music across three different continents, including renowned venues such as Carnegie Hall, The White House and Buckingham Palace.

I went on to continue my music education at Cicely Tyson School of Performing and Fine Arts where I had the opportunity to travel across the country performing for the likes of Tyler Perry, Oprah Winfrey and Cicely Tyson herself. While performing in the high school chorus and select ensemble, I was also an original member of G-fy-G, a high energy, urban contemporary gospel choir known for our vocal excellence, movement precision, versatility and stage presence.

After graduating high school, I sold my first beat while attending William Paterson University. This prompted me to start my first production company Danger Zone Entertainment. Throughout my college years, I worked with artists such as Rotimi, Dawn Richard of Danity Kane, and other local talent, leading to me becoming one of the most sought out producers in the New Jersey/New York area.

With an extensive music education and years of experience as a performer and musician, I was motivated to pursue a full-time career as a music producer. In 2012, I made the decision to take my gifts to Los Angeles, CA.

While building my brand and developing my sound on the west coast with artists like Chrystian Lehr, Jake&Papa and many others, I gained my first major film credit as music composer on LifeTime’s Aaliyah: Princess of R&B. The film was the second highest-rated tv film of 2014.

In 2015, I was introduced to R&B sensation Mya. Mya enlisted myself and a host of others for her album “Smoove Jones”. This project went on to be nominated for a Grammy.

Motivated by my recent success and ‘Grammy-Nominated’ title addition, I decided to reach back to my roots of performing, stamping myself as an R&B/Hip-Hop artist. With my first commercial release “12|12”, prompting a series of annual EP releases on my birthday, December 12th, I was able to grow a strong fan base of music lovers by combining my progressive production and songwriting, extraordinary vocal ability and diverse musical influence.

We’re always bombarded by how great it is to pursue your passion, etc – but we’ve spoken with enough people to know that it’s not always easy. Overall, would you say things have been easy for you?
I didn’t have the smoothest road but I was blessed to always have key people in my life who reminded me of my gifts and the responsibility that comes with them. The biggest struggle has been losing people while on this journey. I learned early that everyone can’t come with you when you’re living a life of purpose. That doesn’t take away the temporary upset and the pain of not having the people you thought would be around to enjoy my success with me. Even in losing people, I have gained so much knowledge about myself, about life, about people. So even my struggles have all been lessons that I’ve learned and grown from.

Can you give our readers some background on your music?
My specialty as a music producer has always been artist development. There’s something magical about the process of an artist mastering their technique, finding their creative voice, and learning and understanding how to maneuver through the business side of this entertainment industry in order to achieve their goals and fulfill their dreams. One of the biggest things I’ve learned on this journey is that frustration, impatience, and trying to force your success will only push you back further. Stay focused, do the work and know that you are destined for great things! As long as you are working hard and moving in the right direction, you will achieve your goals. So when I work with an artist, I not only help to develop them as an artist but also as a person.

What were you like growing up?
I was an entertainer for sure. I remember when I realized I was good at music. I was watching TV and I always would sing along with commercial jingles, sitcom intros and things like that. My interest from there turned into cassette tapes. In middle school, I started making my own cassette mixtapes using songs from the radio. All my friends knew that I was “the music guy”. Even growing up, I always exuded music. I didn’t even think I was that good at anything else and if I was, it never made me as happy as music did. 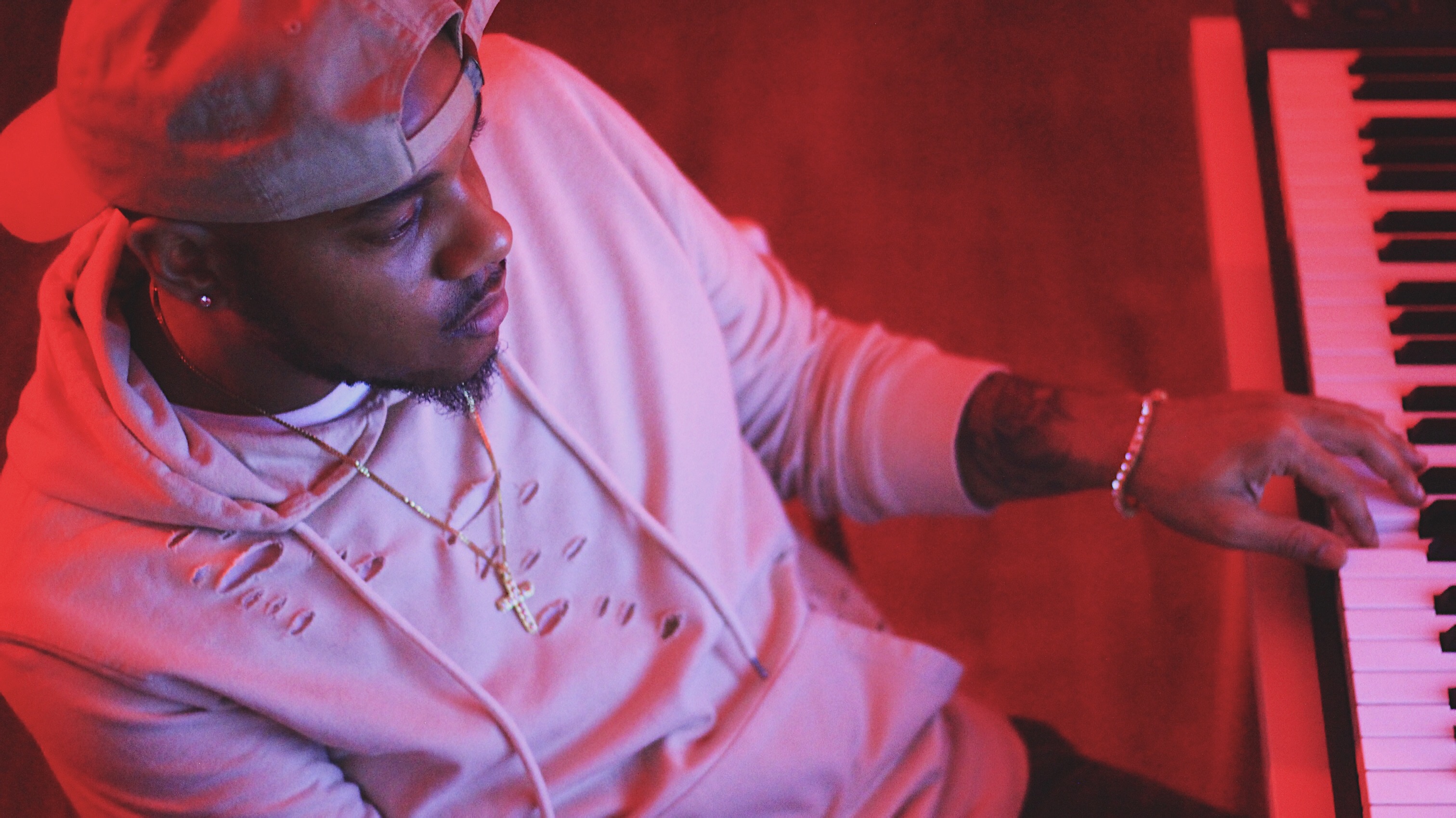 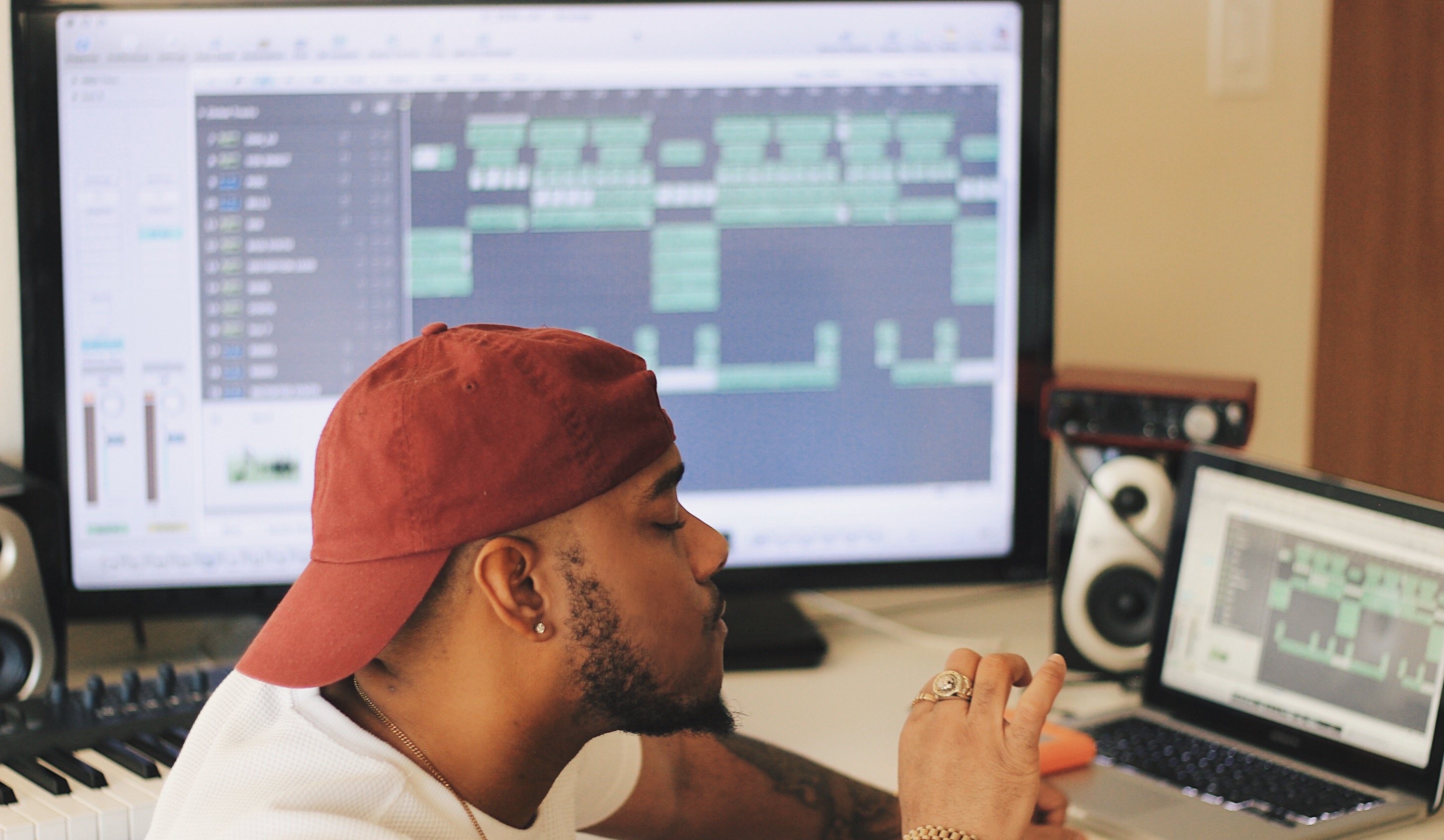 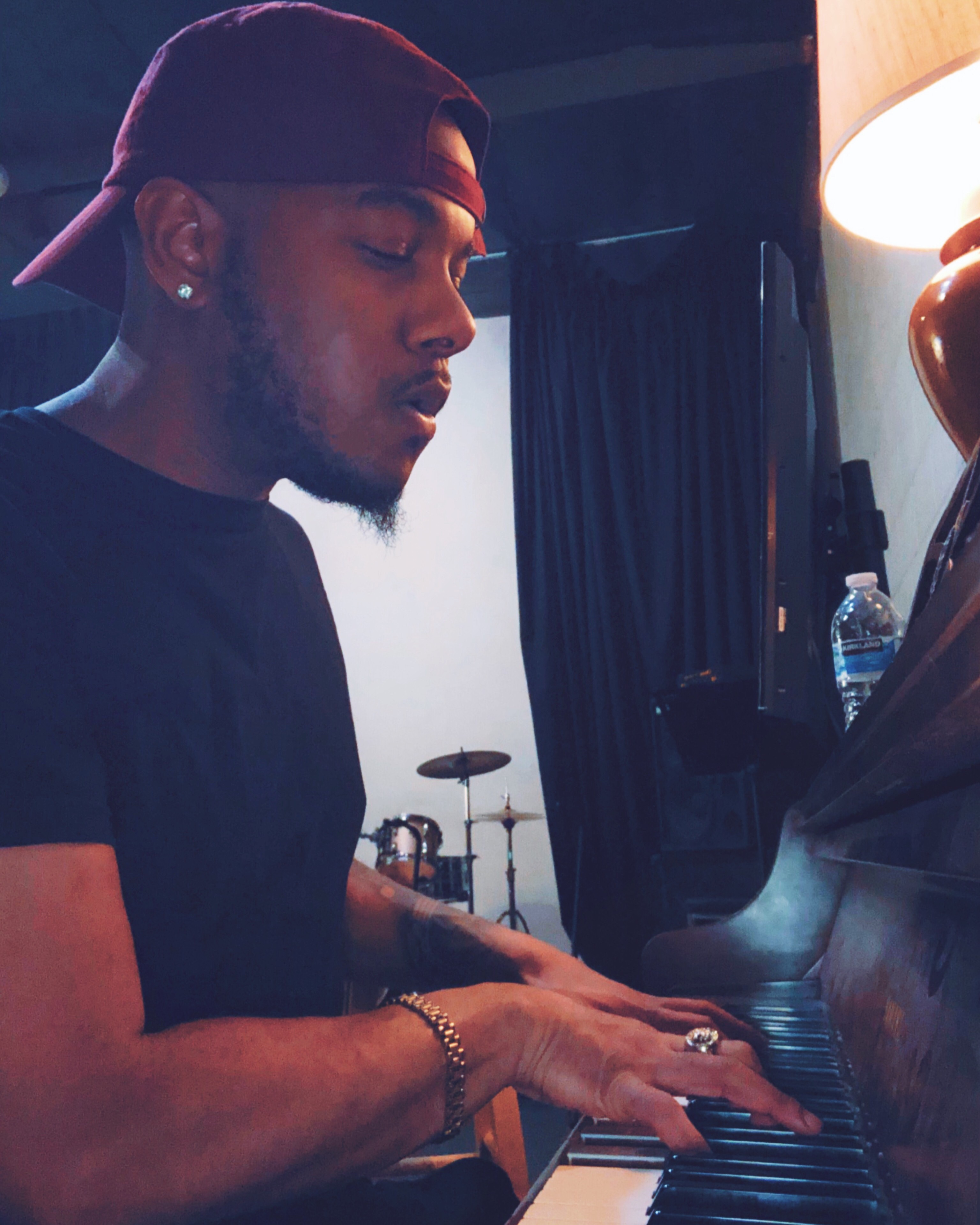 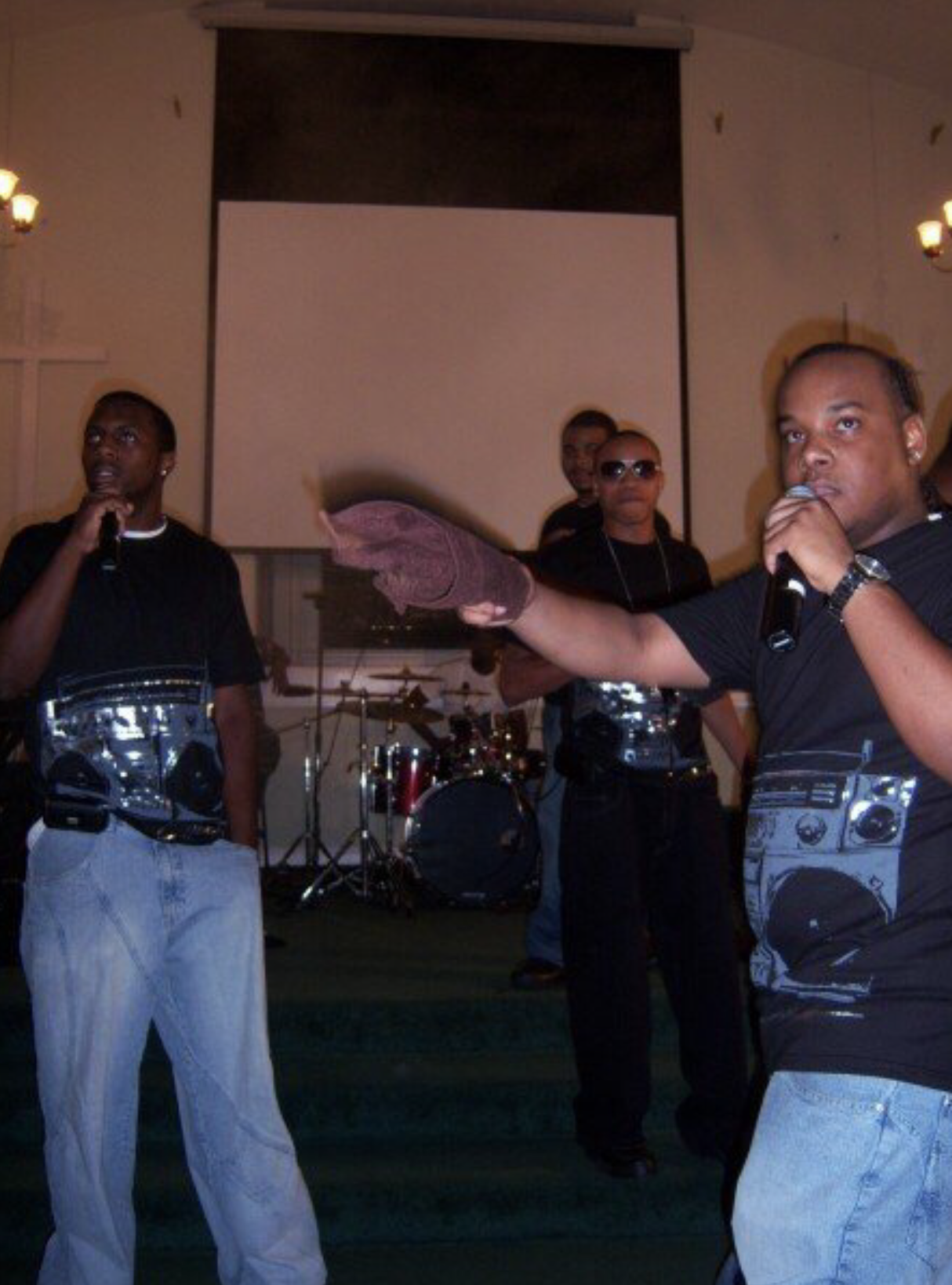