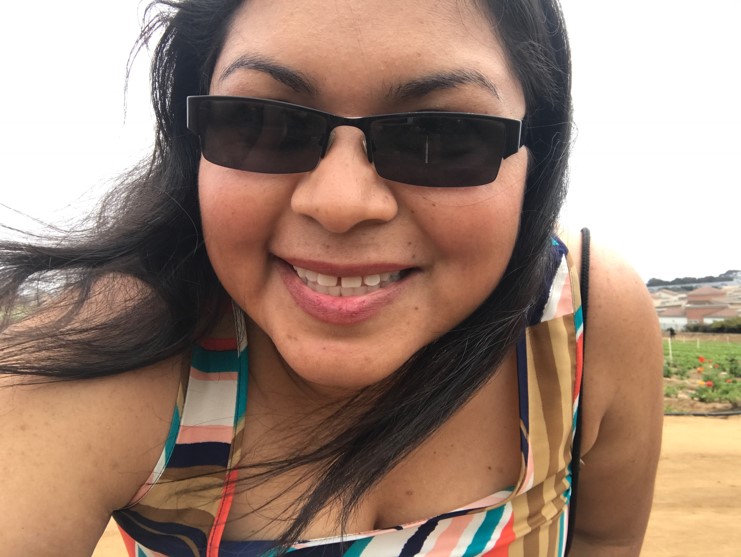 Today we’d like to introduce you to Dali Rivera.

Thanks for sharing your story with us Dali. So, let’s start at the beginning and we can move on from there.
There’s always been an innate feeling in me to help others. I thrive when I help people and see the achievements they’re able to accomplish because of the knowledge I shared with them. When I was in the military, I got to mentor a lot of young people although I was not much older than those I mentored. But during this period of my life, I was able to witness what sharing knowledge could do for others.

When I became a mother, I made sure to teach my daughters to stand up for themselves and do not think of themselves any less than anyone else no matter what they heard or what they were told. So, when my 5 yr. old started kindergarten and she came home telling that a boy had been saying mean things to her, I listened like any other parent.

My husband and I realized that what had happened was that a little boy had asked her to be his girlfriend. She turned him down, and he reacted in a hostile matter. Since my husband and I sometimes walked my daughter to the bus stop together, we observed what else was going on. The little boy who was bullying our daughter had two older brothers who would say disparaging things to him.

They were aware he had been turned down, and because of this, they would physically abuse him in front of everyone else and call him emasculating names. Not that any of them were men yet, but I was able to see the pain, humiliation, and anger in this child’s face and body language. Of course, my husband and I would stop the abuse when we’d see it.

But, it got worse and worse and so did the bullying. Since my daughter’s friends were too scared to say anything to anyone, the bus driver could not suspend his riding privileges, and the school principal could not get involved. I learned these facts when I asked for help.

So, I documented what was going on, and I kept asking to meet with the parent, but the school kept telling me they could not do that nor agree that it would be a good way to solve the problem. Months went by and other kids finally started speaking up because the bully was attacking others now.

While we eventually got the results our daughter needed, it was a rough time for all of us, especially her. It taught us all a lesson about bullying and this experience launched my passion for educating kids about bullying, stereotypes, and equality.

When I was researching ways to advocate for my child, I discovered that bullying is an epidemic that is ignored. Most adults, to include teachers, think of it as kids just being kids and because of this notion, a lot of kids who report bullying are not helped, therefore creating an environment of mistrust.

Kids notice that nothing is done to the bully and the bullying continues, so they don’t report it the next time it happens. I noticed that stereotypes play a very big part in bullying as well as the lack of understanding of the definition of bullying, teasing, reporting and snitching.

I have a bachelor and master’s degrees in Women & Gender Studies, so, my yearning to help create equality by teaching kids to refuse to believe stereotypes and socialized gender rules has a huge part in what I’ve created.

I’ve now turned my workshops into a business, I’ve taught my workshops in a school district, at a library and I offer one-on-one coaching with parents. My hope is to be able to reach more parents through my upcoming online course called, “Diversity & Anti-Bullying Academy.” But most of all, I hope to be able to reach as many parents and kids as possible to let them know that there is hope and that there are people out there who will listen and help them.

But, what they claim they’ve created is simply a short talk about respect and no bullying maybe once a quarter, but there is no in-depth discussion about it and they don’t focus on clear definitions of what bullying, teasing, harassing looks like.

I’ve had several principals flat out tell me that their elementary school does not have any bullying problems although they do have complaints of teasing. That makes me wonder how many kids must be suffering because they’re not getting the help they need because bullying at an early age is confused or looked at as “just teasing.”

The middle schools seem to either not have a program in place, or they have had the same old program for many years. Also, parents don’t prioritize these types of workshops unless something has already happened to their child or unless their child is the one who bullied someone and is pending serious actions from schools.

I’ve had just one parent so far come to me and ask me to teach her about sings she should look out for in her child that indicate she might be a bully and how to stop her. Just one parent in the last year.

As a small company, exposure is very challenging. So, I try to network and try to get the word out there about what I’m doing.

We’d love to hear more about your business.
My company, DaliTalks, L.L.C. is a for-profit business. I blog once a week at www.dalitalks.com, and I’m pretty active on social media (Facebook and Instagram). I try to put out as much valuable information that I can as well as positive messages that will help parents and kids overcome self-doubt, bullying and that can teach them to love themselves for their uniquenesses and differences.

I am most proud that I’ve been able to slowly grow and that my business is contributing to making society better. I love that part the most. What’s different about my business is that I teach diversity and anti-bullying to parents with their kids.

It’s important that the child knows about what he/she has learned because it will instill in them a sense of confidence that their parents will know how to help them and that they will listen when or if a problem arises. The lessons I teach in my workshops are also tailored to instill the love of reading in kids.

I use a list of children’s books that tell stories about differences, stereotypes, and bullying so that kids can find the topic more interesting, relatable and engaging. Lastly, I teach my workshops in Spanish too. I feel that the Latinx community doesn’t see these types of workshops in Spanish much.

A lot of times, that population is the one that needs it the most because they are the ones feeling the bullying the most for being so different than others. They are also the ones who are more likely to not know how to collaborate with schools to create solutions for their kids.

Is our city a good place to do what you do?
L.A. and its surrounding cities are a great place for any business. The market availability is enormous, and there are so many needs in L.A. There are so many resources to take advantage of, and the networking opportunities are everywhere.

It’s an incredible city with the 5th largest economy in the country. So, why would you not want to start a business here? For example, I see thousands of Mexican food places all over, but I never see one shut down.

With that much competition for these businesses to stay open, that says a lot about the purchasing power that L.A. residents have. 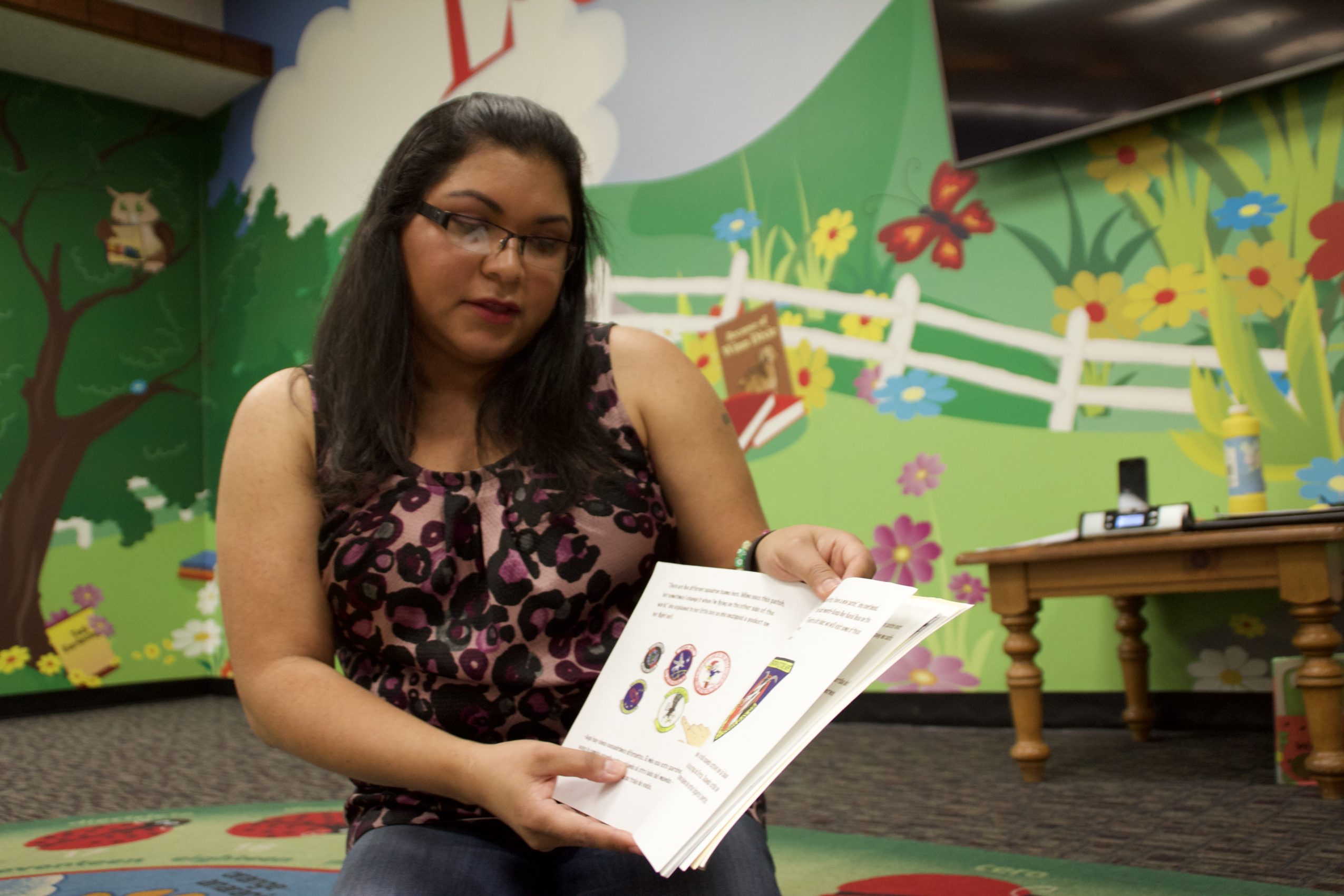 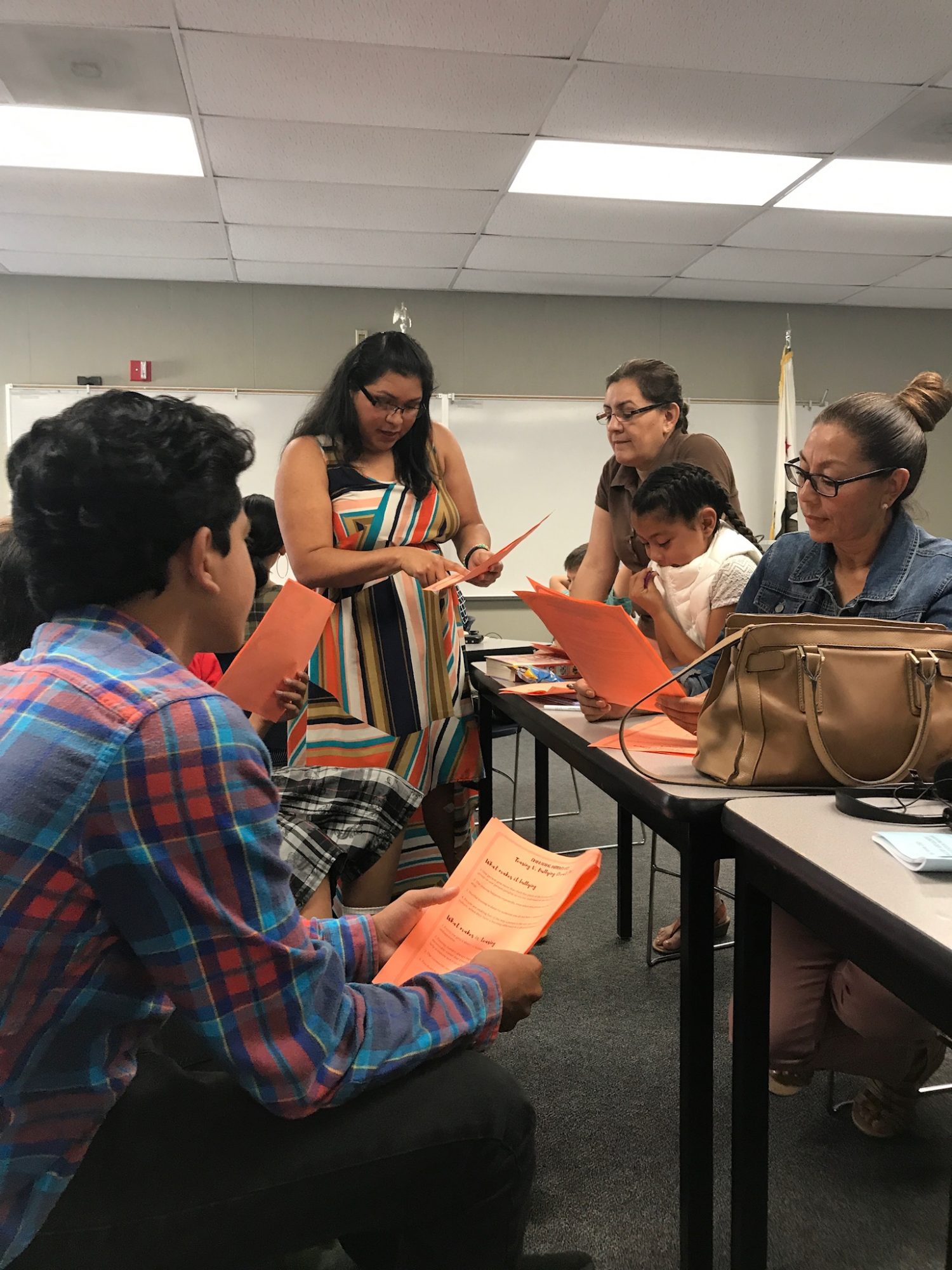 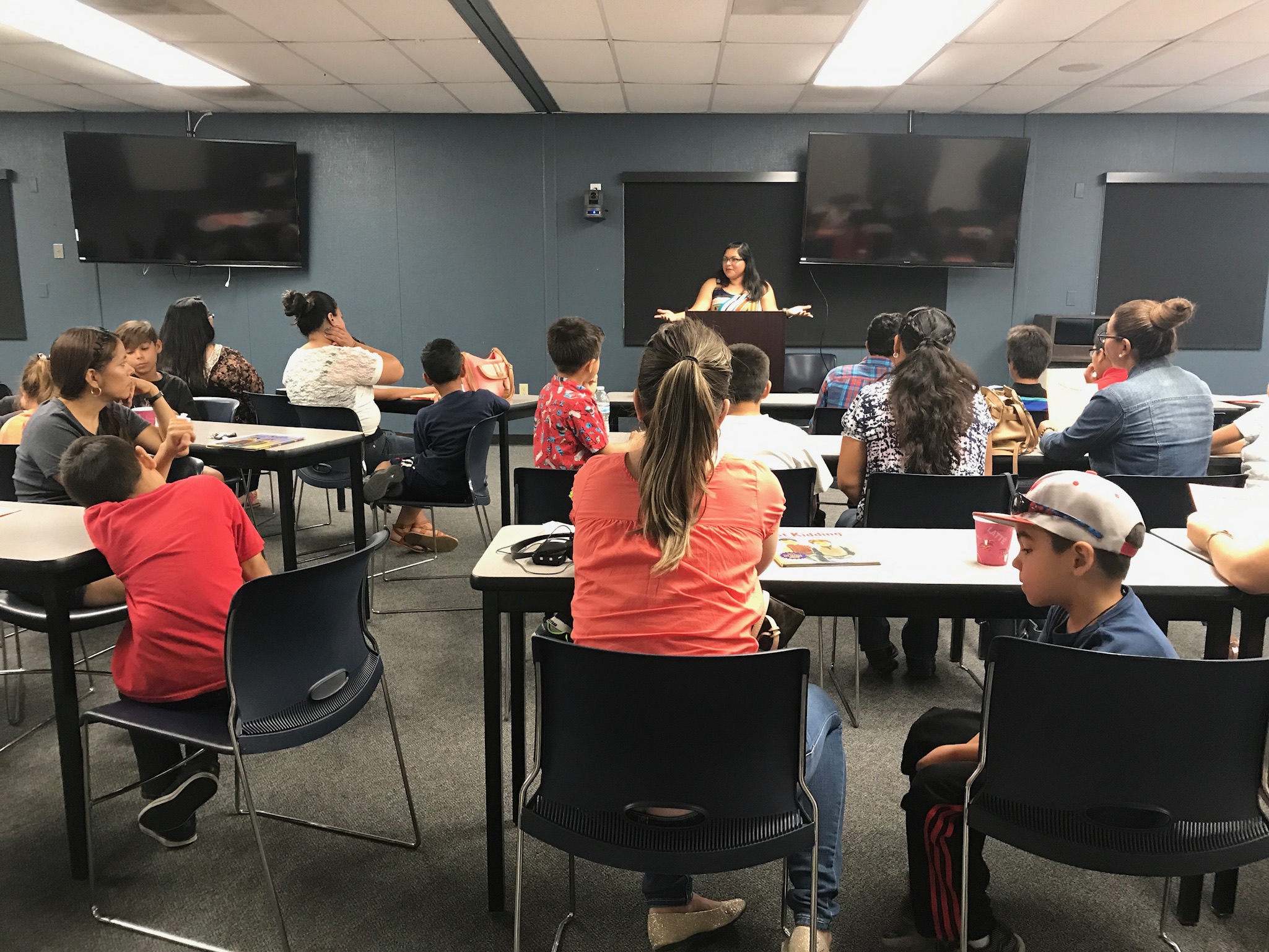 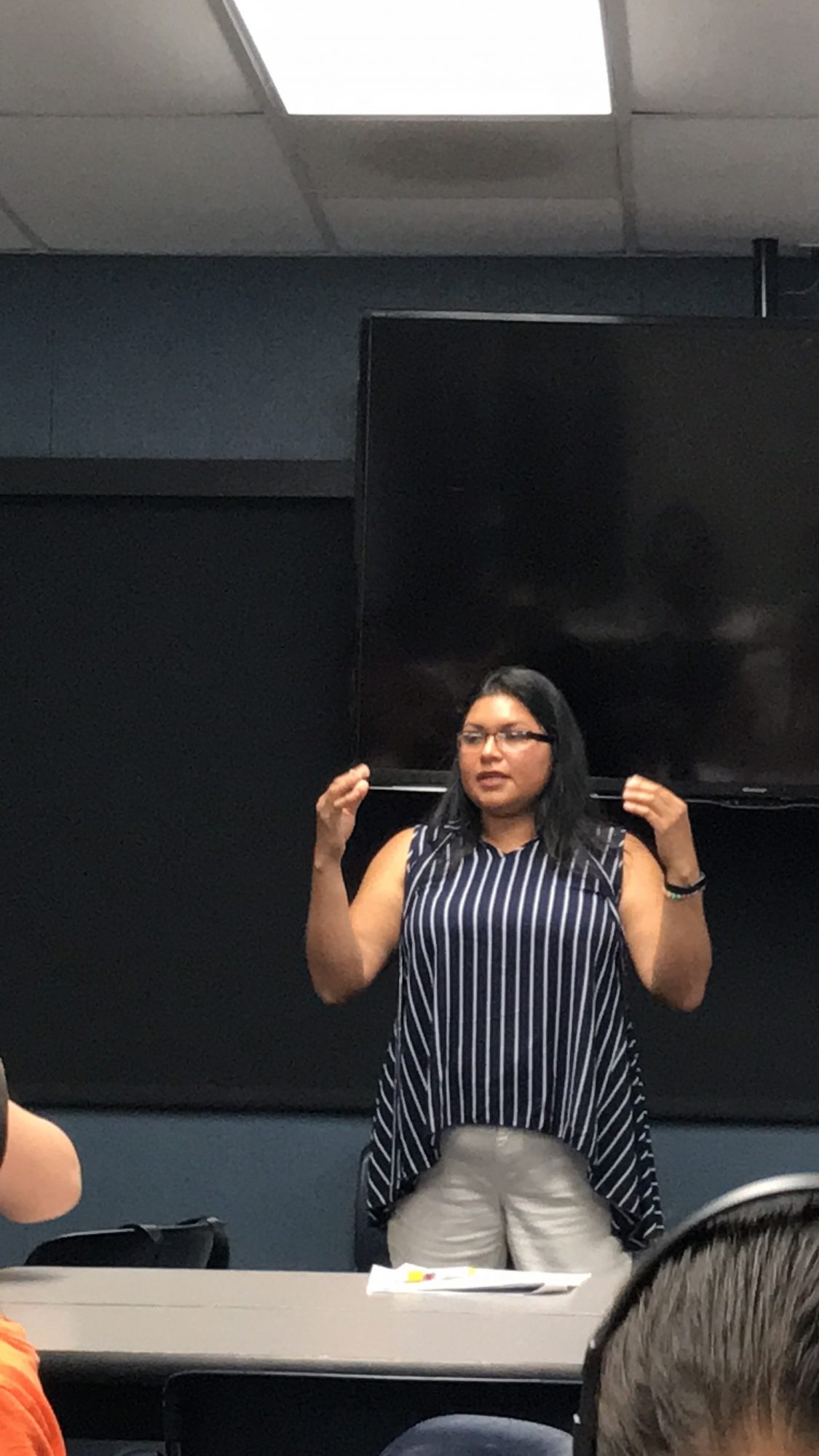 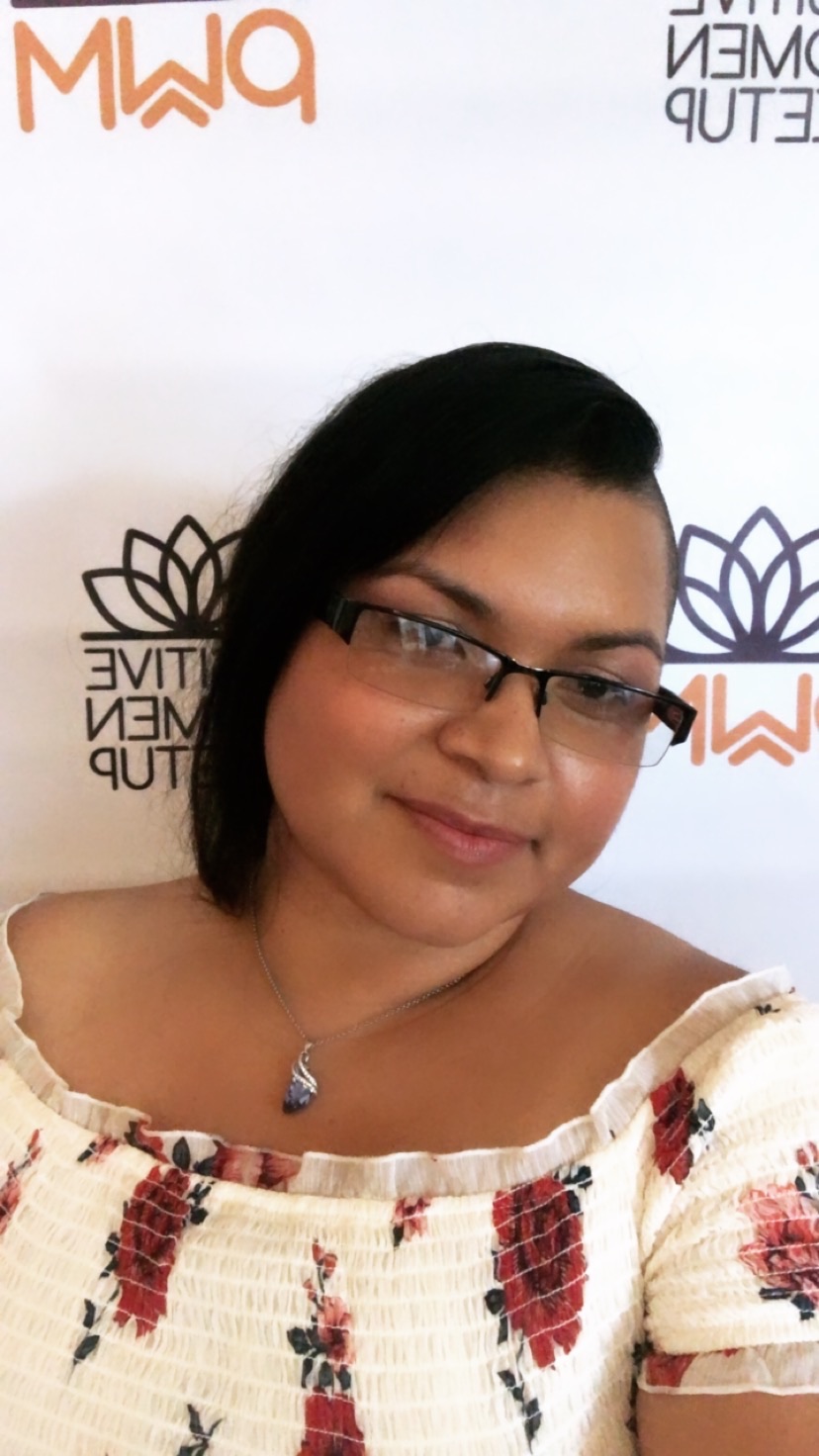