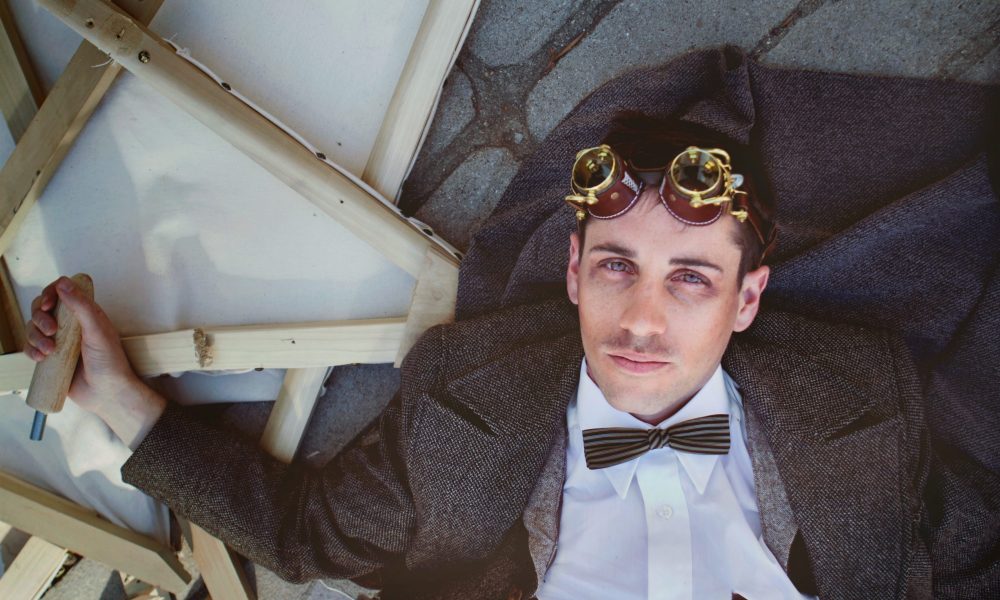 Today we’d like to introduce you to Colin Jennings.

Colin, let’s start with your story. We’d love to hear how you got started and how the journey has been so far.
“15 minutes to places!” “Take it from the top!” “Did you sign in?” These are common phrases I’ve heard since the age of seven. Before that, I was one of the shyest kids a person ever attempted to meet. Unless you were my parent or sibling, I never spoke a word to you. It only took one viewing of a play for me to realize my life would be changed forever. I grew up on the Central Coast of California in the Salinas Valley. I slept at my parents house, but really, my home was the backstage hallways of the regional theatre company, “The Western Stage.” This semi-professional theatre took me in and helped raise me into adulthood. A small group of us kids became known as the “Theatre Rats,” and they couldn’t get rid of us. We’d rehearse from 1-5pm/ 7-11pm on the weekends and 7-11pm on the weekdays. If we weren’t in a play, we took an acting class. Not in class? We helped backstage. Nothing to do? No problem, we played hacky sack in the hallways, learned to juggle, unicycle, and rope spin. We couldn’t get enough theatre. One day my fellow “Theatre Rat,” James, took out his dad’s VHS camera and started filming.

Over the years we made dozens and dozens of short films, learning how to shoot and edit (most of them terrible and still collecting dust in James’ parent’s closet). When I wasn’t geeking out over Star Wars, I spent my childhood and teens creating and telling stories with my friends. It was time for college and I moved to Los Angeles and became a Theatre major at California State University, Northridge. This is where I made a new group of creative lifelong friends. I jumped into the entertainment industry head first out of school, doing whatever I could to continue the path of storytelling. I did a play in College that led me to an audition with “Interact Theatre Company,” where I became a member. From that connection, I was cast in my first professional play and received my Equity card. From that, my first agent, eventually drawing me into commercials, film, television, voice over, and more theatre.

I continued the path and began creating my own projects. One day at a coffee shop I wrote a synopsis for a film. I thought about the past ten years of my life and realized through all my ups and downs in this city, I had one constant – my dog, Li’l Dude. She may be a dog, but she’s given me some great advice over the years. I wrote the movie, “Li’l Chit Chat,” in honor of her and all the other dogs who help guide us in the right direction. When developing this project, I reminded myself of why I still do this. I wanted to feel the way I did as a child when I had fun telling stories with my friends. I’ve worked on sets and stages full of stress and negativity, and I didn’t want that experience again. Well, a lot of my friends, new and old, happen to be professionals in this industry, so why not ask them to join me on this fun, positive adventure? My lifelong partner on and off screen, Kristen Egermeier, jumped aboard as Executive Producer. My cinematographer/editor happens to be my fellow “Theatre Rat,” James Roddy.

From there it snowballed. My sound designer is my former neighbor and we used to watch our dogs play in the courtyard. My composer and I did musical theatre 20 years ago. My onset sound mixer made movies with me back in high school. Every actor in the film has shared the screen or stage with me at some point. Even my PA’s volunteered for the project just to be on set. Each person involved is amazing at what they do in their skillsets and most make a living doing it, but the reason they joined “Li’l Chit Chat” was because they wanted to have fun. This was a project done to the highest standards in the greatest atmosphere I could set. Los Angeles can be a tough city and the film industry isn’t easy. My goal is to create art with a smile on my face surrounded by happy, creative people.

We’re always bombarded by how great it is to pursue your passion, etc – but we’ve spoken with enough people to know that it’s not always easy. Overall, would you say things have been easy for you?
This is a very hard town. For every yes I’ve heard in this industry, I’ve heard 100 no’s. Actually, I’d prefer to hear no. Most of the time I don’t hear anything at all. I’ve taken class after class, and workshop after workshop. I’ve Auditioned hundreds of times. The entire business is a catch-22. “Can’t get a job without an agent. Can’t get an agent without a job” – type of thing. Nowadays, actors are told they have to have huge followings on social media platforms. That’s getting harder and harder to do while staying true to ourselves. Actors are also told they have to constantly be writing, producing, filming, and acting in their own material and somehow get it seen. I am all for this, but I happen to surround myself with people who have these skill sets and can help me.

It also takes a lot of money to film some projects. It’s a very competitive business and we have to stand out from the crowd. It’s hard because no ONE person can just focus on what they’re good at. We are told we have to be amazing at everything all the time, pay for classes/workshops/online subscriptions and also figure out how to have a flexible day job that pays the rent in this very expensive town. Every day has a new challenge to face. Mostly what I’ve learned over the years is just to stick around and constantly remind myself why I do it. Because it’s fun. I enjoy everything about it. I enjoy learning from my fails and I love my wins. I’ve had some great success through all these obstacles, and continue to be happy in my field.

We’d love to hear more about your work and what you are currently focused on. What else should we know?
I’m an actor/writer/director/producer creating art. Currently I am in the final Stages of post production on the film “Li’l Chit Chat.” I am in pre production for a short film I’ll be shooting in October. I’ll also be performing in the play, “Our American Cousin,” at Parson’s Nose Theater in Pasedena. I love telling stories and sharing creative energy with positive people. Life’s short. We might as well enjoy our work and do it with a smile on our face.

What were you like growing up?
I was a very shy kid. Up until the age of seven I didn’t speak to anyone other than my parents and sister. The theatre brought me out of my shell where I learned how to communicate with others. I was able to express myself on stage through the words of a character. I also grew up in the 80’s and 90’s, probably the last generation to NOT have a constant connection to a cell phone or screen. I built treehouses and skateboard ramps with my Dad. My parents were athletes and outdoors people when they grew up and passed that along to my sister and me. We camped, rode horses, and enjoyed being outside. The house was filled with animals. Even when I was strongly involved in theatre, my friends and I went on adventures into the woods or fields and made movies. I loved being active and creative. 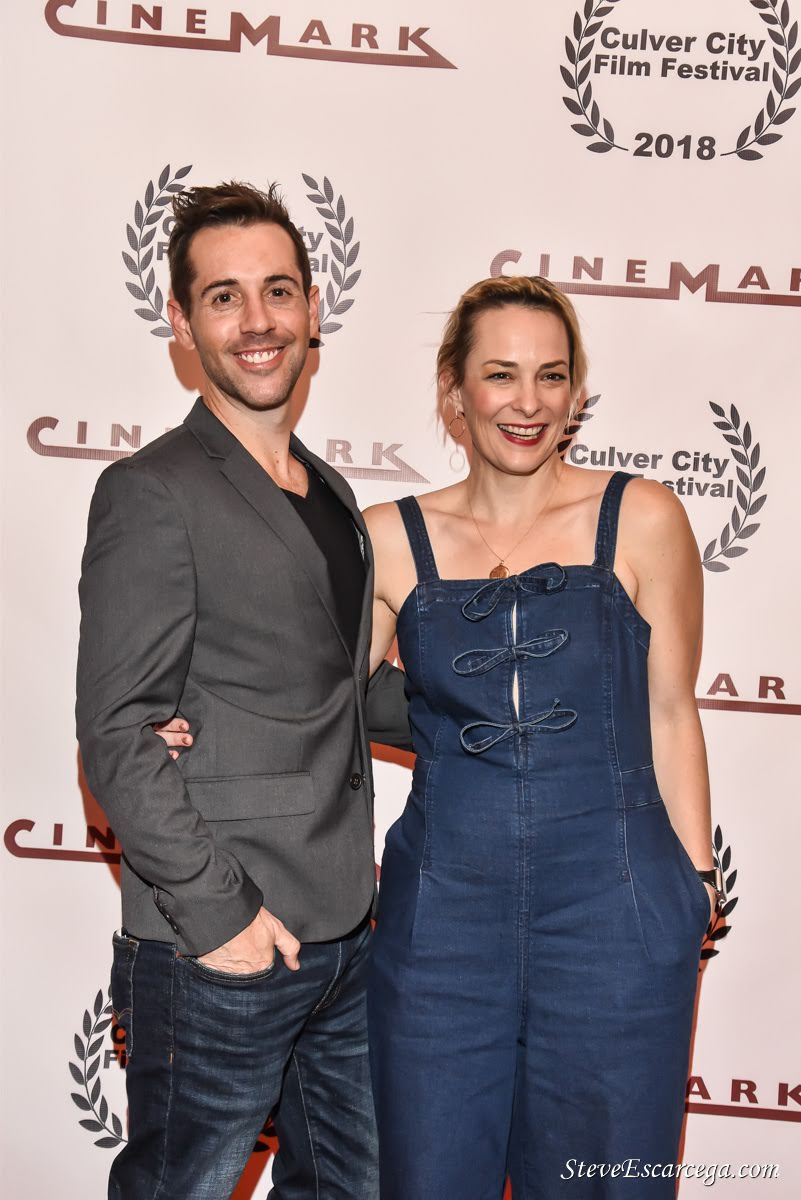 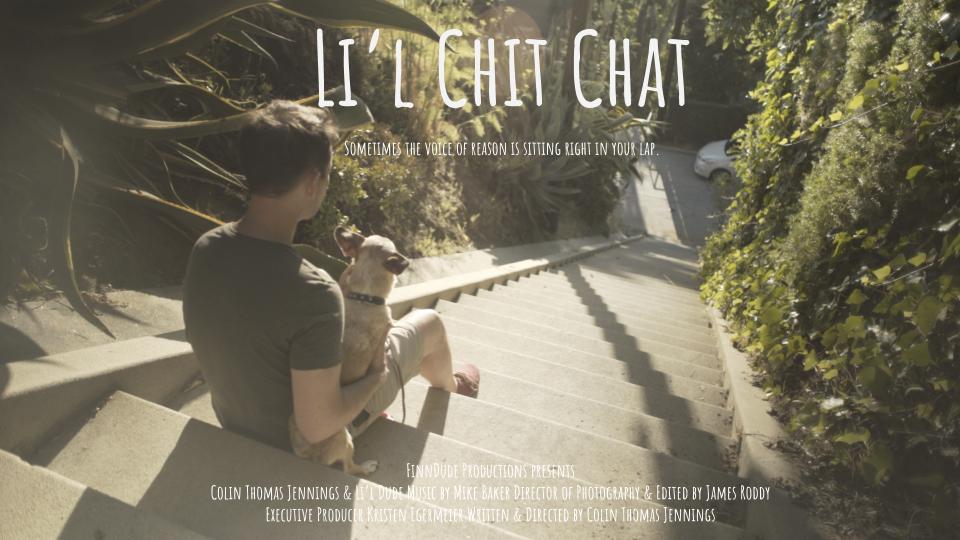 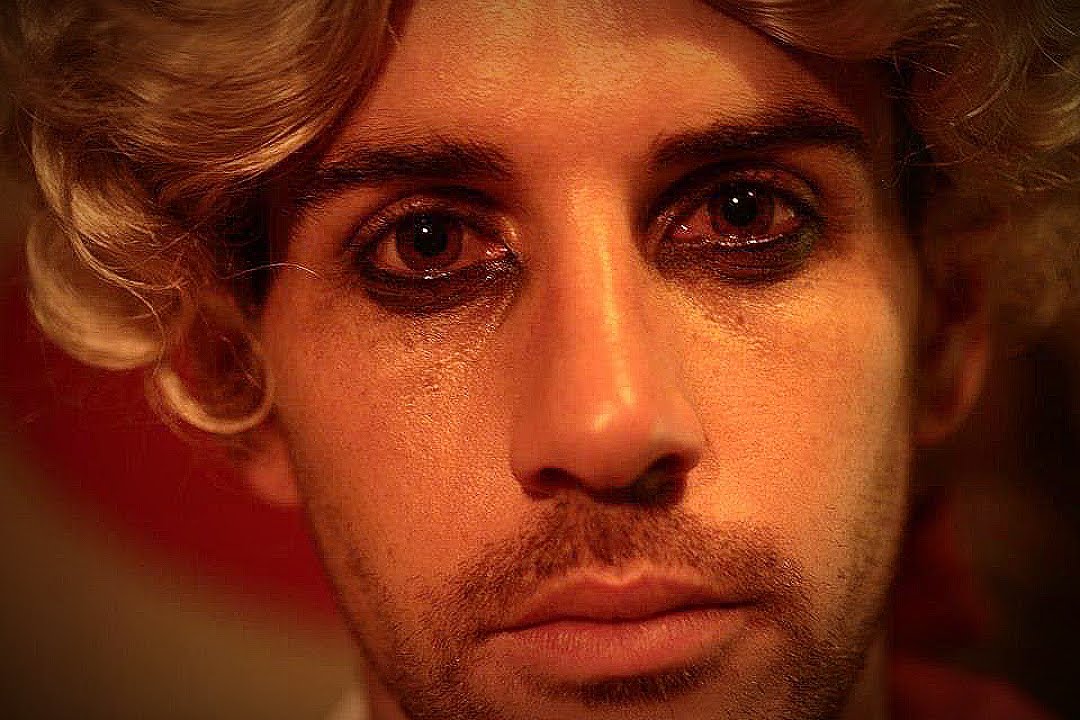 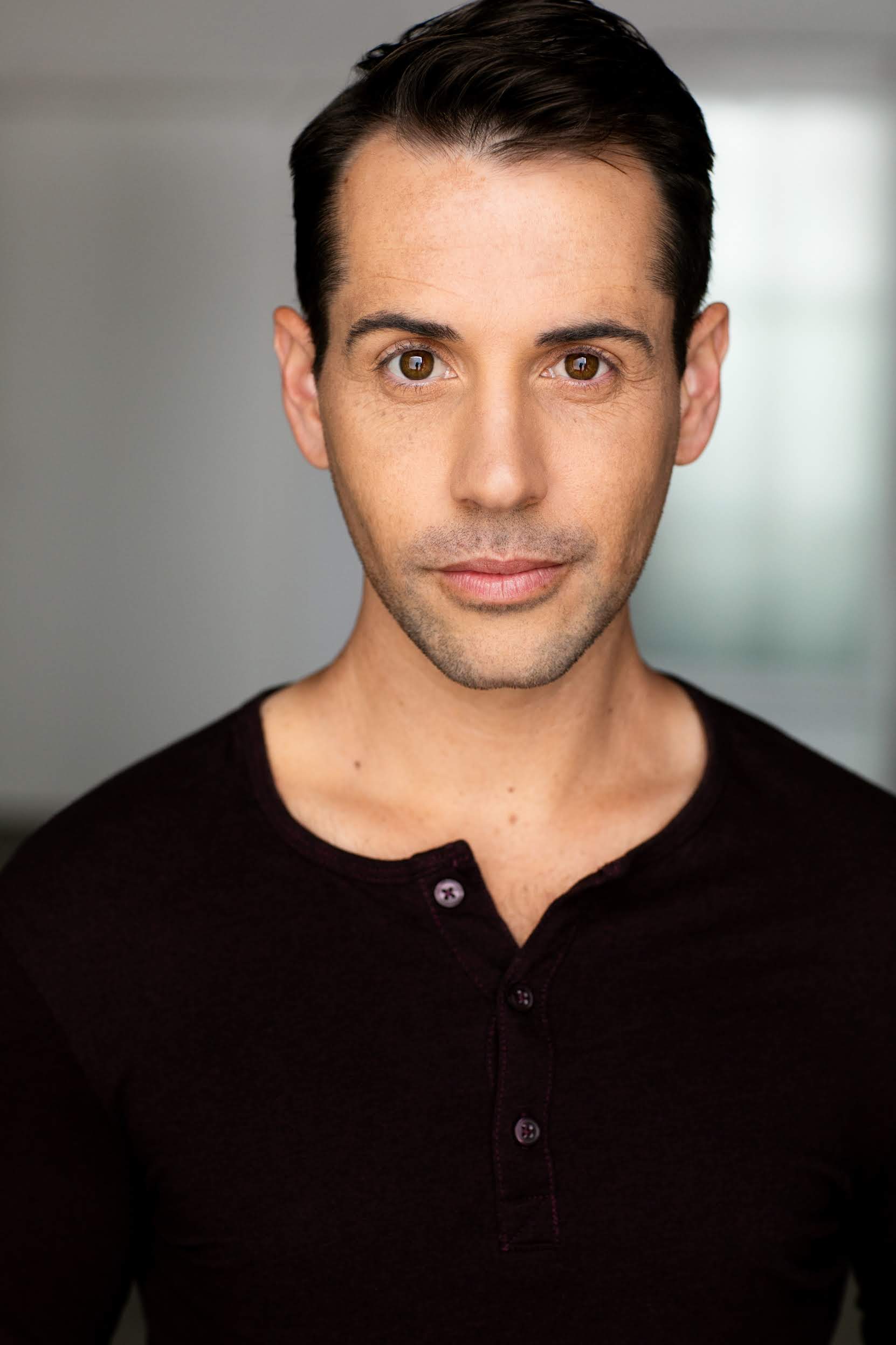 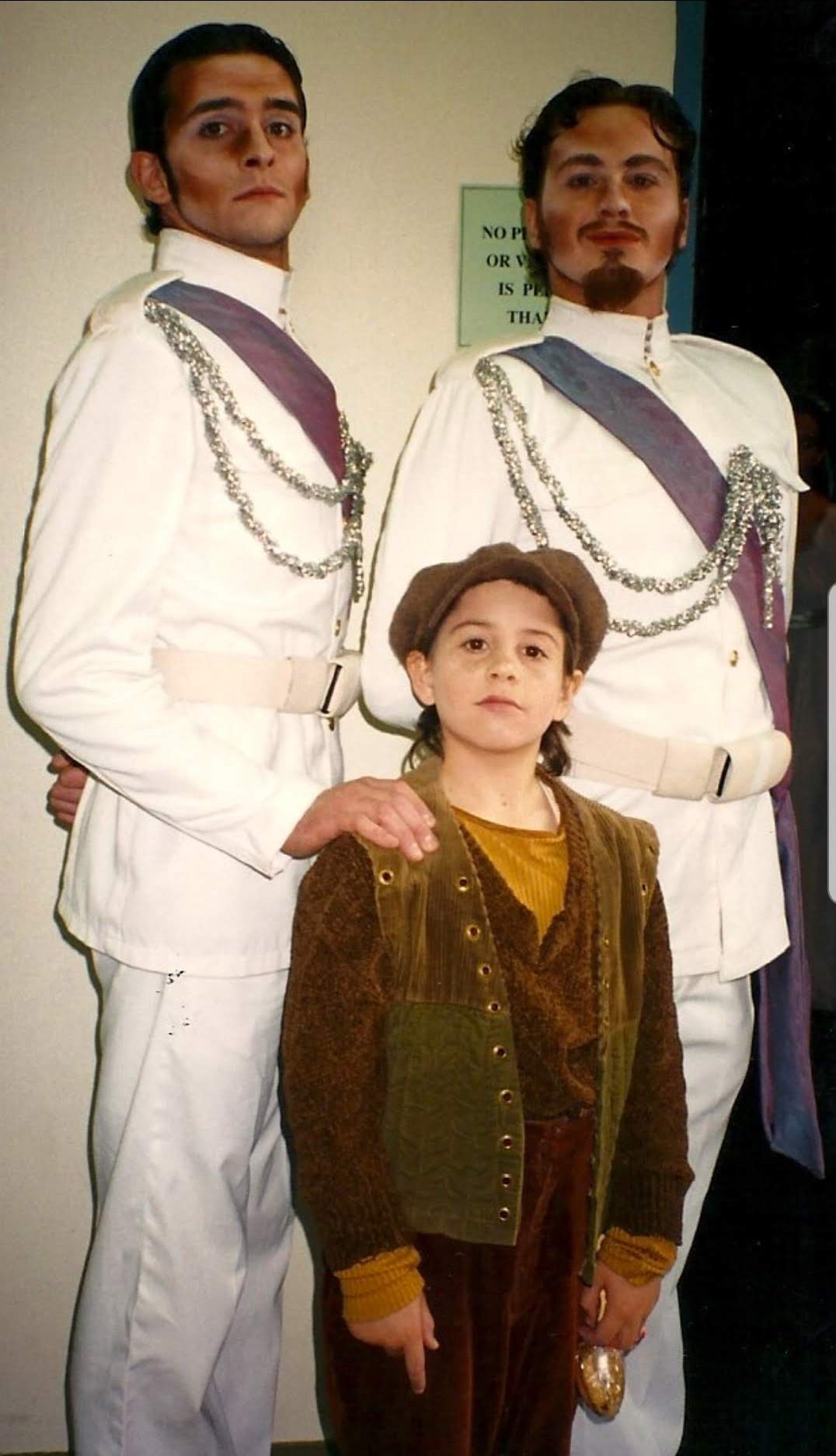 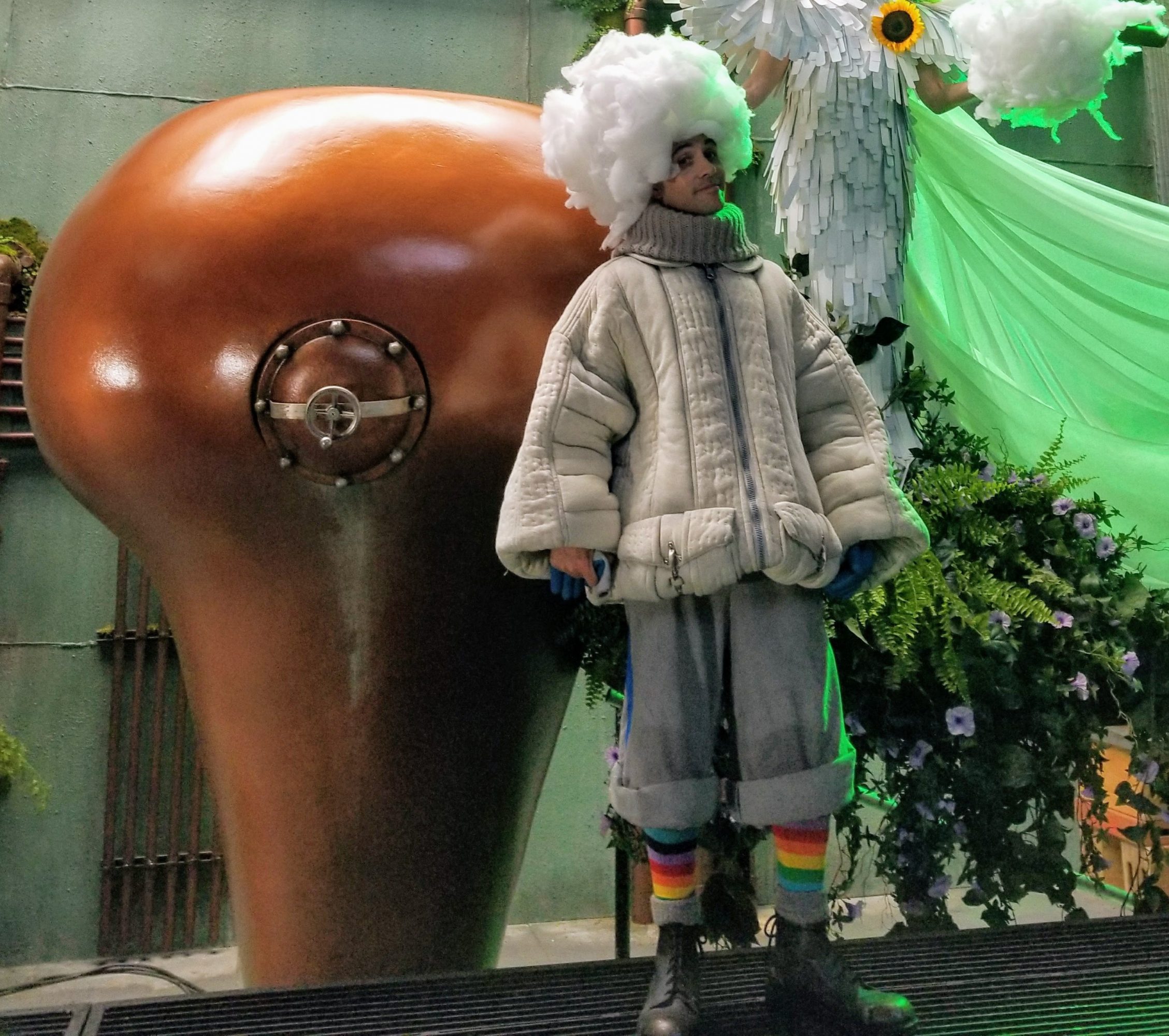 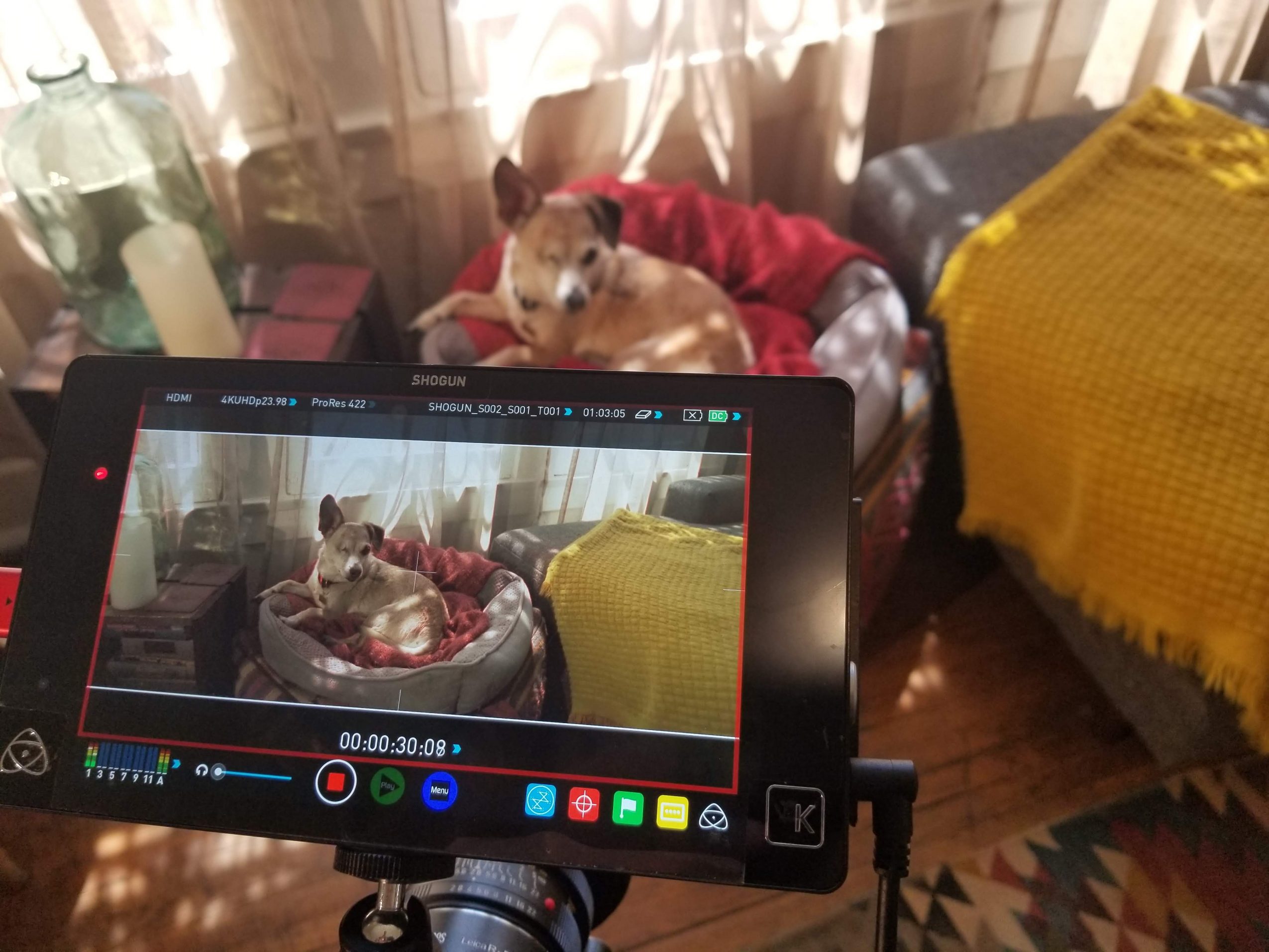 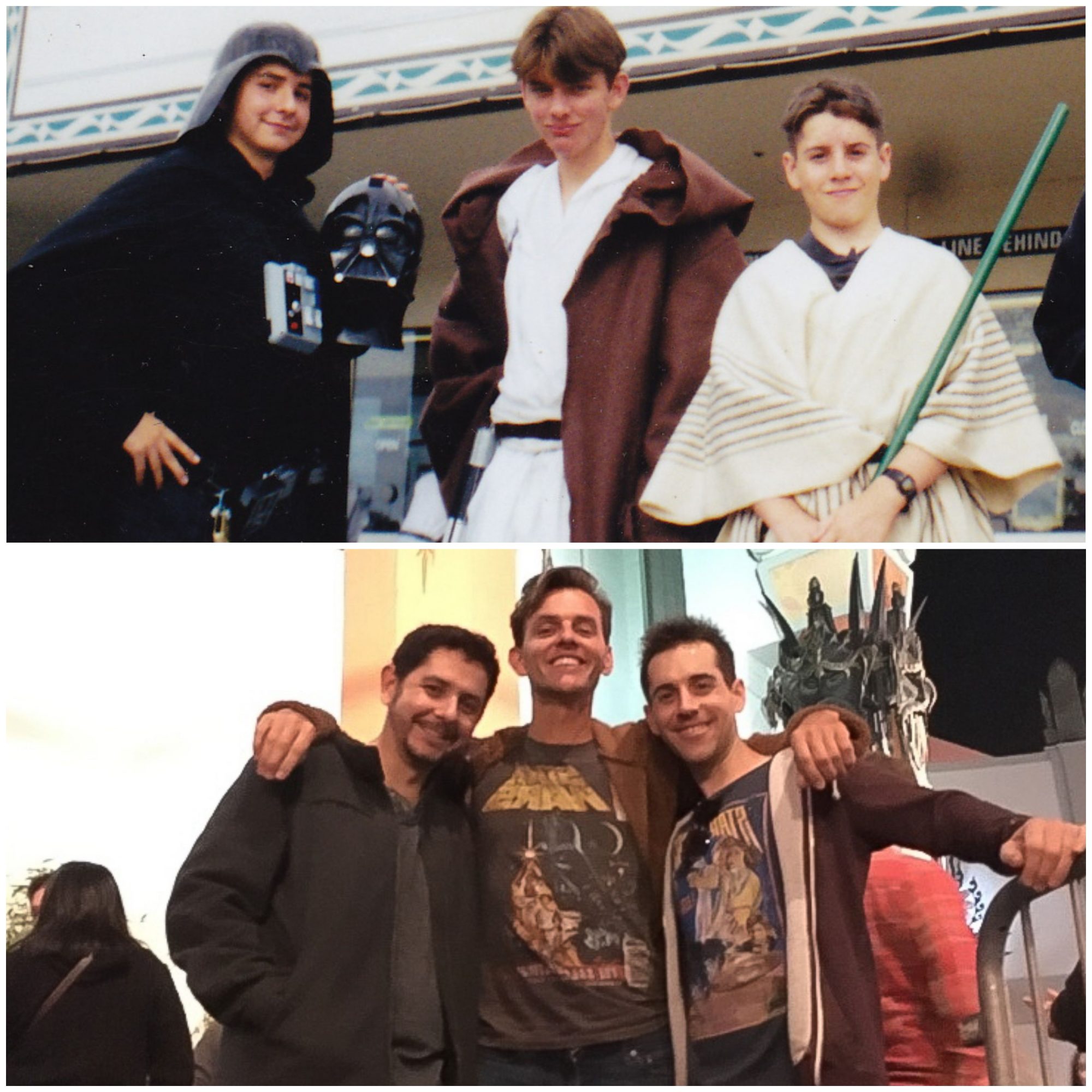