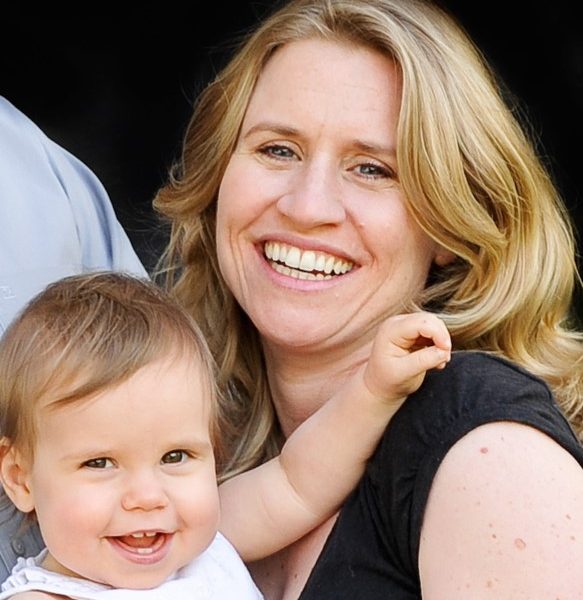 Today we’d like to introduce you to Claire Mills.

A graduate of UCLA’s School of Theater Film & Television, Claire started playing guitar for children’s events right after college. “I was temping, and the office manager was looking for entertainment for her son’s 4th birthday party. My co-worker suggested that I do it,” says Claire, now a well-established children’s entertainer out of Lake Balboa in the San Fernando Valley. “It seemed like a good idea, so I bought a guitar and a Raffi song book that weekend, and ended up doing the party!”

Claire says that first event was a learning experience. “Soon after that, I teamed up with Creative Kids in West LA, and that’s when I really learned how to engage children with the music.” Using puppets, instruments, drum circles, props, books, and costumes, Claire never leaves the children to just sit and listen. “They are always actively engaged in something. I make it easy on myself; if they have something in their hands, they’re going to be engaged. It’s all about hands-on learning,” says Claire.

With her unique combination of music, storytelling, and education, Claire has had collaborations with such national brands as Kids Club Powered by National Geographic, with the Macerich Malls, and Panasonic Eco Learning Program. “Working with NatGeo was a blast. Every 2 months, they would send me an information packet on a topic, say castles or the ocean, and I would have to come up with a completely new show. I would combine the information they gave me with music and props, and then there would be a craft afterwards. It really taught me how to be flexible and not to be afraid of creating new material with little time. It really upped my game.”

Now Claire brings that flexibility to libraries, private parties, schools, festivals, malls and events throughout Southern California. “I’m constantly learning! I just started doing library shows this year, and what an engaged audience. I didn’t even need the costumes, they were older and could just listen and focus without the hands-on element. Every age is different.”

Being a mom, Claire sees the different ages first-hand at home with her 5-year-old son and 7-year-old daughter. “My work deepened when I became a mother. I can more intimately understand the different stages. Before, I just knew that 2-year-olds were a very busy lot, but now I know why.”

Claire is currently compiling recordings to release the first of several albums in 2017. She hopes to create a live stage show based on the album that would tour in theaters throughout the county. “I have so many ideas, and I’ve been a part of such wonderful stage productions for children, many through the Laguna Playhouse, and I’d like to bring a really interactive live show that’s affordable to children. That’s the kind of thing Raffi would do, but mine would go further. I want to support my music with dance, puppets and shadow play.”

To catch Claire’s live show, watch the local Kids Club listings at your mall, or you can hire her for your child’s next birthday party. “I love performing at parties. That’s how it all started for me, and truly – is there anything more important than a child’s birthday party? I mean, when we think of the most fundamental and happy moments of our early lives, birthdays are key.”

Overall, has it been relatively smooth? If not, what were some of the struggles along the way?
All my early training and hard work were because of my initial desire to become an Academy Award-winning actress, and for a long time, I was really focused on developing my acting career. My acting career was full of ups and downs, and I realized that the highlight was when I was working with the Theatereach Program at the Laguna Playhouse, a wonderful program that brings plays of the books children are reading in school to life in assemblies. I realized that even in my acting life, my most common and favorite casting was when I was working with children.

Then, my husband and I wanted to start a family, and that took my focus. The same week I found out I was pregnant, Lehman Brothers collapsed and the recession hit, and my business dropped in half. That was the first time my business had ever seen negative growth.

Even though I’ve been in business for years, I feel like in a way I’m just starting, because I finally want to let my children’s music take center stage, and I have projects I want to get off the ground. There’s just so much to do!

Kids Music by Claire – what should we know? What do you guys do best? What sets you apart from the competition?
“Kids Music by Claire” is me, Claire Mills, bringing my guitar, puppets, props, instruments, parachute, play tunnel and maybe a drum circle or costumes to your live event to entertain for children ages 0 and up. Every age is different, and for children 4 and under, I focus on the music. For 0-2 year-olds, I do music with parachute, bubbles, instruments and puppets. The 3 & 4-year-olds enjoy a few simple stories mixed in with the music, and I use books and puppets to support the stories. This age group really needs those concrete visual elements to understand the story. At 5 years old, I change it up completely and bring costumes, and now the stories take on a whole new element, and become the focus of the show, with music as the support. I tell a variety of folktales and fairy tales where the children dress up and become the characters in the story. I adapt the stories so that they have a lot of movement and simple phrases that the kids can repeat. My guitar helps when the characters dance at the “ball” or to set the stage for a folktale.

What is “success” or “successful” for you?
My definition of success has changed. When I first started out, it was definitely a goal, a light at the end of the tunnel, as it were, and it was very dependent on outward recognition. But now, I see success as adapting to change. Constant movement. Getting things done and keeping things going, even when it’s hard. It’s not about people looking at me and my accomplishments, it’s more about bringing into reality the ideas I have in my head and seeing them through to fruition. That will give me a sense of satisfaction. And that’s what I’m striving for.