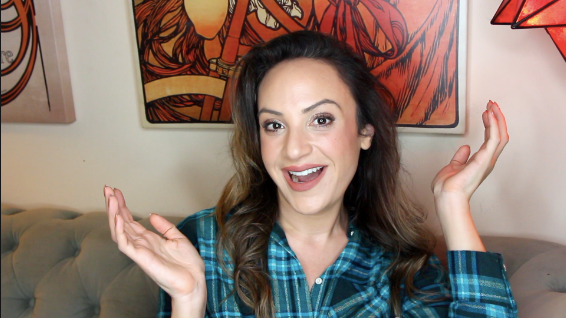 Today we’d like to introduce you to Chris Farah.

Chris is Southern California native, born in the valley and reared in Orange County to Syrian-Lebanese-Palestinian parents and grew up Byzantine Eastern Rite Catholic. She earned her B.A. in Theatre Arts from Loyola Marymount University and was the first class to open Upright Citizen’s Brigade Theatre in LA.

In 2012 she premiered her cult character Fancy (a bio-Queen based on the song by Bobbie Gentry) which was was nominated for Best Solo show and won the Veterans for Virgin award at Hollywood Fringe Theatre Festival. In 2014, Fancy returned with a whole new show and won Best Cabaret/Variety for Hollywood Fringe 2014 and the Bitter Lemons Trailer Trash Award.

As a theatre artist, Chris has worked with Cornerstone Theatre Company and originated the role of Young Desiree’ in Making Paradise: The West Hollywood Musical, and then worked with them to mount a series of play readings to promote dialogue about school discipline reform. She has performed with Open Fist Theatre Company playing The Fool in DeLEARious, with Theatre Unleashed originating the role of Linda in Pope! An Epic Musical, REDCAT’s New Works Festival’s Circle Jerk, the West Coast Premiere of Women by Chiara Atik as Marmie (Winner top of Fringe 2015) and many more.

Chris performs frequently all over as an improviser/comedian/storyteller at Upright Citizen’s Brigade LA and NYC, in Perezprov, There’s No Crying in Improv, Girls Gone Blue, The Quick & Funny Musicals, Sketch Cram, The Dirtiest Sketch Show in LA, Mortified, her own musicals Lil’ Tw*t of Horrors and Oh Well! Oh Well! and many more.

At LA’s premier LGBTQ’s Celebration Theatre, she is one of the founding members of their musical improv show GLAADLIBS. She frequently performs at the Improv, the Comedy Store, the Cavern Club Theatre, Akbar, Precinct, and Throwing Punches and various stand-up and variety shows around LA. Chris also frequently does storytelling shows like Sunday Night Sex Talks and is a content creator on YouTube & Instagram where she recaps television shows and Celebrity stories.

She is also an expert pop-culture writer and panelist on shows like Chelsea Lately, Hello Ross, the CW’s Discontinued as well as digital after shows for networks like E!. She is also a frequent guest on podcasts like Plz Advise, Natch Beaut, Out of the Lanai: A Golden Girl’s Podcast, Mother May I Sleep with Podcast, Juicy Scoop with Heather McDonald and (you guessed it) many, many more. TV credits also include Superstore, Modern Family, Take My Wife, Burning Love and Married. Arts education and children are points of passion for Chris, she has taught Improv and Scene Study to students aged 5-85.

In 2016, she started working with UNICEF and raised thousands of dollars for the Children of Syria with the show she co-produced Arab-Americans: In Story. She sits on the UNICEF’s NextGen board, LACMA’s Avant-Garde, advises the National Arab-American Museum, is on the Diversity Scholarship committee for The Hollywood Fringe Festival where she holds the title of Humanities Director as well as the Encore Committee and Fringe Femmes coordinator for the Los Angeles Females Playwrights Initiative. She sits on the board for the Celebrity Foundation for Children, a non-profit camp in Temecula, CA and has been a volunteer actor for Young Storytellers Foundation’s Big Shows for 15 years.

Great, so let’s dig a little deeper into the story – has it been an easy path overall and if not, what were the challenges you’ve had to overcome?
HAHAHAHAHA, the road has been the bumpiest road possible, only on par with the Oregon Trail. I almost died from dysentery four times (kidding).

I struggled with finding people who got me and my style of comedy. In LA, it’s easy to fall into the trap of the comparative mind, stacking yourself up against everyone’s successes and feeling you’re falling short. It can be hard to find people that value you when you are “other,” and as a diverse female some people were blind to my value and worth, or at least too caught up with themselves to see. Finding your community, your friends who get and support you is key but not as much as truly and inherently believing in your own self-worth and identity. All that sets you apart from the mainstream can be confusing at first but then comes back to be your “magic,” the defining characteristics that radiate to others your authentic self, and authenticity as a storyteller, as a comedian, as an artist is the true currency of this world. Leaning into that, and coupling it with the strength and preparation you’ve garnered along the way is the only way to deal with this creative life.

Also, thank God for my manager Jennie Church-Cooper at Haven, having someone in your corner is everything. I’d also say being helpful and positive to others while having boundaries to keep some energy for yourself is key. You need positive healthy rituals to keep yourself grounded, whether it be therapy, mediation, hikes, SoulCycle, weekly dinners with friends and families, pets, sunshine, massages, self-care, sound baths, actual baths, journaling, healthy eating, and creating art unencumbered by the need for other’s approval takes you out of the rat race and the dreaded “waiting game”. Being in the present moment can be difficult but ultimately a beautiful practice of love for not just yourself, but that and those you love.

We’d love to hear more about what you do.
I am a performance artist and storyteller who specializes in comedy and a patron of the arts and children’s charities. I do standup/improv/storytelling/characters/act/sing/write and talk. I am a pop culture nerd who watches a lot of TVs as I am an only child.

I’m proud of the diversity of my work and the people and companies I have met and collaborated with along the way. I think when you’re fresh out in the world, you may have a linear idea of your talents and skills, but as you go through life, that scope widens as you and your craft matures.

I am a multi-disciplinary artist with experience in many fields, I’ve written for daytime talk shows, written my own one-woman shows, I’ve acted on TV and in Theatre for 20 years. My truest self that I try and radiate is a warm, quick-witted, feminist, strong, sassy, loving, Arab-American female who tends to loves camp humor, pop culture, entertainment, gender, and sexuality and filters the world through that honed lens.

I’m authentically me, and through wisdom gained from being in “the biz” for a while and the rejections I’ve faced, have cemented a unique and specific point of view I deliver my self and content from.

What moment in your career do you look back most fondly on?
I really loved being on Chelsea Lately as a panelist, and I adore doing my cult bio-Queen character @FancyTheShow, also raising thousands of dollars for UNICEF’s Children of Syria through my co-produced Arab Americans: In Story with my Egyptian & Muslim friend Ramy Eletreby felt very personal, gratifying and timely. 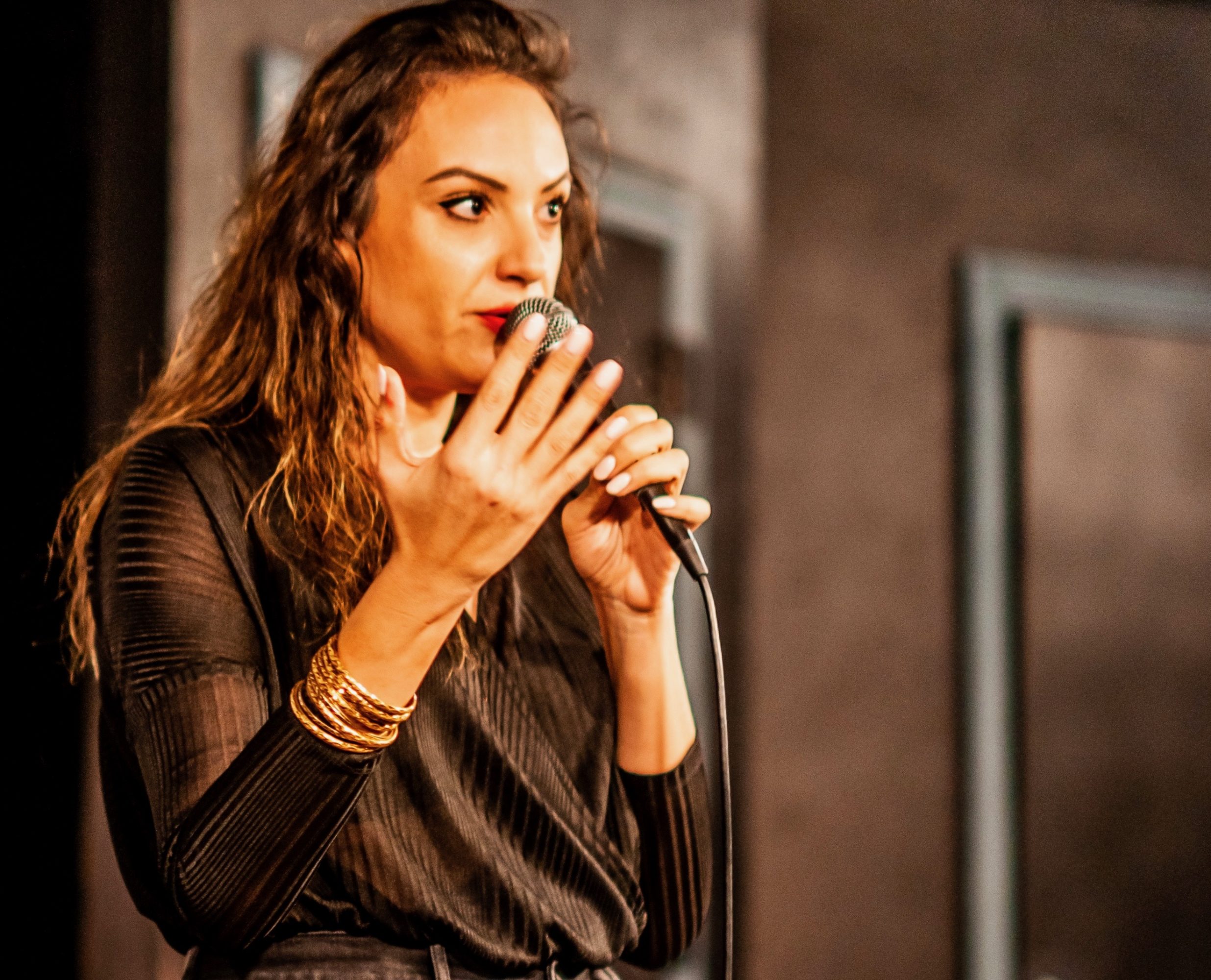 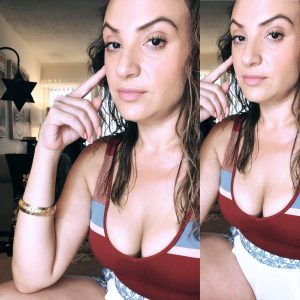 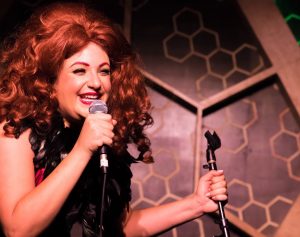 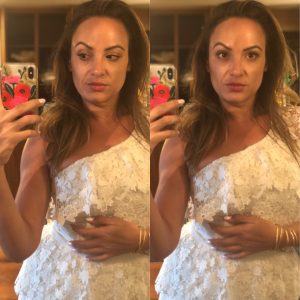 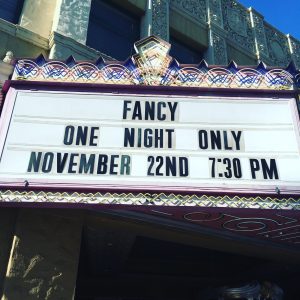