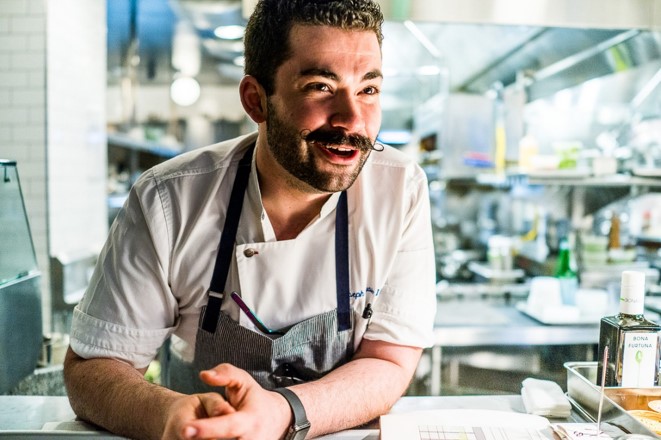 Today we’d like to introduce you to Joe Sasto.

Prior to relocating to Southern California, Joe Sasto dove head-first into the restaurant industry by mentoring under some of the Bay Area’s most acclaimed chefs and restaurateurs. Early in his career, Sasto found it difficult to get a foot in the door in the culinary industry after forgoing the traditional path of culinary school. Joe spent his undergraduate years at University of California at Davis, largely sustained a driving passion for food, which he found at a young age while cooking by his mother’s side. After earning his bachelor’s degree in 2010, Joe helped open a restaurant in Ukiah, earning a swift education in the business, its pitfalls, and a newfound passion of the restaurant world.

It wasn’t until Sasto landed in San Francisco under the tutelage of Chef Jason Berthold at RN74 that he really started to find his footing. Quickly rising through the ranks from chef de partie to Sous Chef in a short six months, Joe remained at RN74 for over two years. Following a break to travel through Europe, Sasto brought his newfound international inspiration to the renowned Quince, where he started at their rustic Italian sister-restaurant Cotogna, before spending three years at the three-Michelin starred restaurant. Under Chef Michael Tusk, Sasto was trusted to manage the handmade pasta program at Quince, learning the roots of Italian cuisine from one of America’s most celebrated Italian-influenced chefs. Of equal impact, Sasto simultaneously managed the market program at Quince, meeting with local farmers and purveyors at weekly farmers’ markets in San Francisco and Marin County to source pristine ingredients that would inspire that week’s menu in the restaurant.

As Executive Sous Chef at Lazy Bear, Sasto maintained his strong, cultivated relationships with local farmers, and is passionate about showcasing the beautiful produce they grow. Working with Chef David Barzelay, Sasto brought his pasta prowess and attention-to-detail to Lazy Bear and continued to honor Bay Area product and producers with great reverence.

At both Quince and Lazy Bear, Sasto was an integral member of the team, impacting the rise from one to three-Michelin stars, and one to two-Michelin stars, respectively. When not in the kitchen, he can be found foraging along the nearby coast, rolling out pasta “fatto-a-mano,” fine-tuning his mustache, or sharpening his winning skills on such competition shows as; The Food Network’s “Chopped” as a finalist on Bravo’s “Top Chef” Season 15, and Bravo’s “Top Chef All-Stars Season 17”. After finishing in the top three of “Top Chef,” Joe left his post as executive chef in a “traditional brick and mortar” restaurant to pursue his personal goal of opening his own restaurant. Prior to the global pandemic, Chef Joe was traveling North America curating, creating, and hosting fine-dining dinner party pop-up feasts, private events, and branded activations head-lining wine and food festivals. Since the global pandemic began, Chef Joe ceased travel and has been virtually teaching both public and private livestream pasta lessons weekly.

Has it been a smooth road?
It hasn’t always been a smooth road. My mom passed away from cancer when I was in college, and it shook me. It took everything within me to return to school and finished what I had started. I went on to graduate from school, continue on my path, and begin working in the restaurant industry. When I cook, it makes me feel closer to her. She’s the reason I am a Chef. The restaurant industry has always been a challenging industry to work in. The pandemic especially has made things difficult. It saddens me to see my friends having to close their restaurants. The independent restaurant industry needs major changes not only from within on a fundamental level, but additional help from the government. The independent restaurant industry will not survive unless it receives the immediate help that it deserves and needs.

We’d love to hear more about your work and what you are currently focused on. What else should we know?
Since I do not have a traditional brick and mortar restaurant, prior to COVID – I was traveling full time hosting private dinners, pop up feasts, and cooking demonstrations. I’ve pivoted my business to virtual cooking lessons, both private and public. I take a unique approach and philosophy to teaching. Understanding the why’s and how’s of a recipe are far more important than a list of amounts and ingredients.

A recipe is merely a road map, passed from one cook to the next. What makes a recipe special is the personal touch that each cook imprints on it to make it their own. Having the knowledge of “why” you do something, instead of just reading a recipe card, will give you the confidence and skills to carve your own path in the kitchen.

Food and cuisine in Italy are deeply rooted in tradition, regionality, and rules. I spent the early part of my career learning, understanding, and appreciating all of these so-called “rules” in three and two-Michelin starred kitchens. Now, wanting to break them all, I take my inspiration from Italian cuisine while looking at California as its own distinct region within Italy.

I am known especially for pasta and my unique approach to California-Italian cooking. See why I obsess over freshly milled grain – and why I look at wheat as a vegetable, not a dried, processed, shelf-stable resource. Wheat is alive, it has essential oils and volatile aromatic flavor compounds that degrade over time, meaning that fresh is best. I work closely with local farmers and mills that seek out and revitalize long lost strains and varieties of ancient grains – meaning flour that was milled days, not months or years before being used.

Virtual events and experiences are perfect for any occasion, corporate team building, or date night.

I really, really dislike the pollution and how much trash and litter I see everywhere. I really do not like seeing plastic covering our beaches. I feel like everyone can do a better job at eliminating their footprint on our planet and keeping our city natural and beautiful. 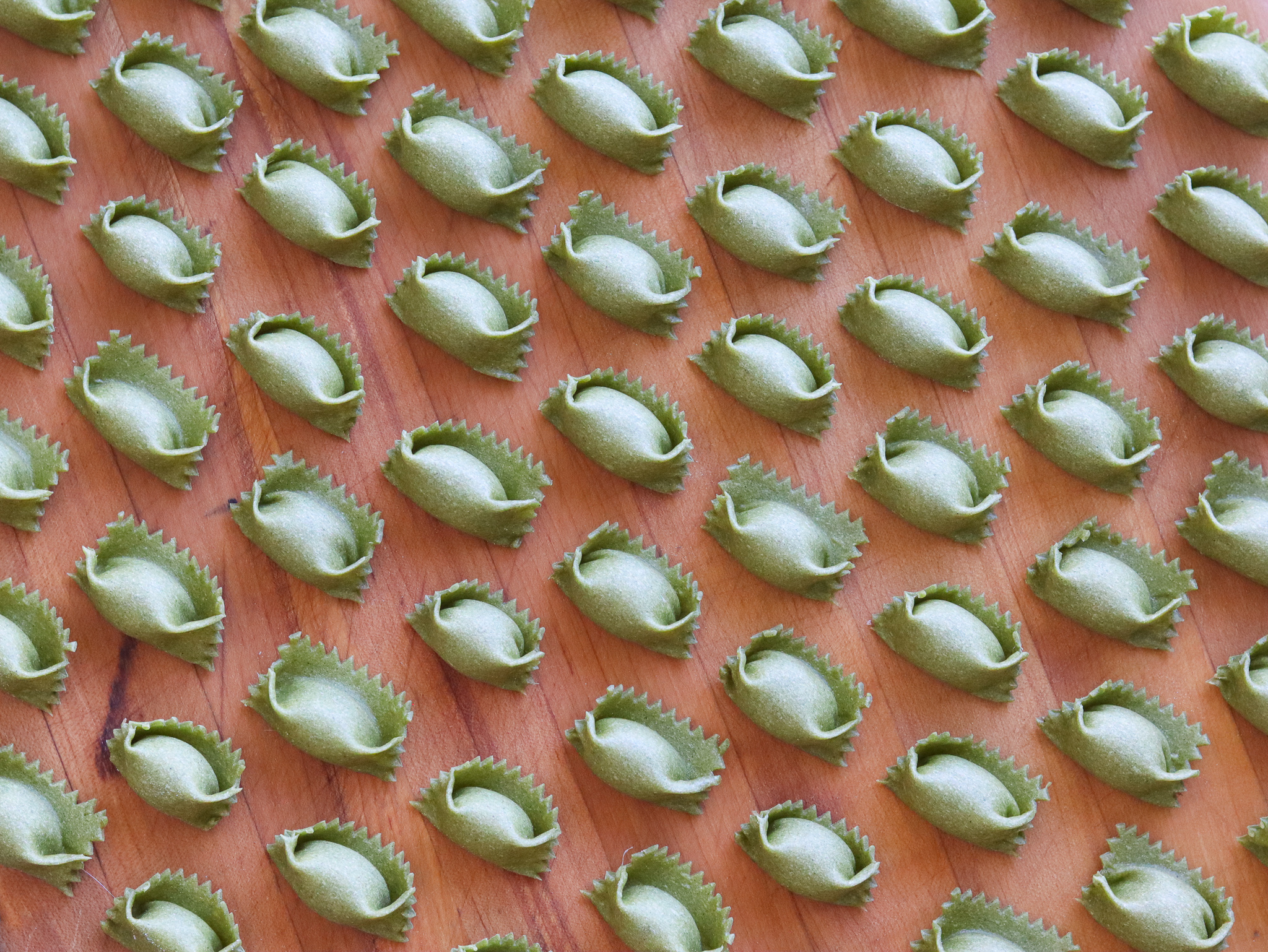