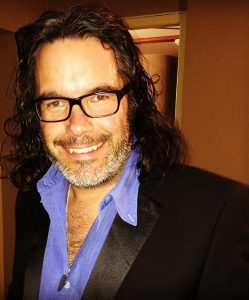 Today we’d like to introduce you to Charles Unger.

Thanks for sharing your story with us Charles. So, let’s start at the beginning and we can move on from there.
I’ve wanted to become a writer/director ever since I saw the original Star Wars. Yes, I know a lot of filmmakers say that but it’s really true for me. I made it my mission to go to USC film school, where George Lucas studied. However, it was not easy to do. Let’s start at the beginning, I grew up as a military brat. My father, my hero/mentor, graduated from West Point as a second lieutenant, in the army. Shortly afterwards, he met my mom, just before he did two tours in Vietnam as a platoon leader, in the late sixties. He was an Army Ranger and in the 101st Airborne division. He moved up to Captain and then transferred into the US Airforce. We moved all across the country during my childhood, because James Unger was stationed at many army and airfare bases. He shot home super-8 movies of us when our family visited him on the base. Later on, he’d draw and send us “storyboard” comic-books of a normal day, flying B-52’s and doing other airforce missions. This kept us in touch, while he was overseas. Both the movies and comic books would have a profound influence on me. I remembered them fondly when we left him. My interest in art started as a way to reconnect with my dad. My life changed when my parents separated when I was 12 years old.

My mom took my brother and myself to New York City in the early eighties, which was a culture shock from my suburban upbringing in Sacramento, California. Ha, overcoming puberty just got rougher, but I luckily found an outlet in art and then film. I was lucky enough to be accepted and graduate from the La Guardia HS of Music and Art in NYC in the late eighties. After graduation, I moved back to California to be with my dad, I attended junior college in San Mateo and completed my GE requirements. I moved down to Southern California and enrolled in USC. I got into the cinema program and made several short films, ironically on super-8, just like my dad did. One dream had been fulfilled but soon, I would set my sights on my next dream to make a feature film! However, I also had to pay the rent. Luckily, I met Michael, a co-worker at the USC Equipment Room who introduced me to his friend Danny, who was cutting a feature film. I worked for free for a few weeks and then got paid. Danny hired me onto his next feature film, Double Dragon that he was editing. That film got bumped up to union status so boom, I got into the Motion Picture Editor’s guild! My wages went up and suddenly I had a career, but I still wanted to direct films.

After a few years, I decided to take the plunge and produce my first film, Mr. Lucke. It was about a photographer that gives up the job of a lifetime to chase the girl of his dreams. During this time, I met my wife, Paula, a fashion designer. She did the costumes for Mr. Lucke and helped to produce it. Inspired by Robert Rodriguez’s El Mariachi, I wrote, directed, co-produced, photographed and edited the 16mm black and white film. I maxed out six credit cards and four years later, I had finished it. I also became a father at this time. My personal life was rewarding but unfortunately, my film didn’t set the world on fire as I had hoped, so I went back to editing and assistant editing for another several years. In 2006, I directed my second feature film called Come Together, about seven college students that spend 24 hours together on the eve of the 1992 LA Riots. Come Together went to several film festivals and found domestic and international distribution with Indican Pictures. I continued to write several screenplays and work in editing for the next several years and enjoyed being a family man. My co-producer friend Richard, from Come Together offered me a chance to direct a script he had written, about his personal experiences called My Apocalyptic Thanksgiving and a year later, I directed my third feature film. We are currently in post-production on the film and I’m back at editing.

For the past year and a half, I’ve been working at Hidden Empire Film Group. Earlier this year, we completed Fatale, a thriller starring Hilary Swank, which will be released by Lionsgate next year. I’ve also worked on The House Next Door and most recently Don’t Fear, also from Hidden Empire Film Group. My daughter is finishing up San Francisco State now and is living with us because of Covid. My wife Paula, of 22 years now, is involved in a few start up businesses, so we’re all keeping busy and safe during this time. Overall, I feel very lucky to be where I am, I’m inspired everyday with my passion for film and my love for my wife and daughter. Recently, I’ve been getting into self-help, which has taught me a lot and empowers my spiritual side, ha, but that’s another story.

We’re always bombarded by how great it is to pursue your passion, etc – but we’ve spoken with enough people to know that it’s not always easy. Overall, would you say things have been easy for you?
Ha, it’s never been a smooth road but that’s what keeps it interesting. Dealing with my parent’s divorce at a young age wasn’t easy but I got through it. Growing up in Washington Heights, in the early eighties in New York City without a dad, made me adapt. Since then, I’ve never been afraid of change, moving or meeting new people. As I think back now, I had a form of dyslexia and that made reading hard. I was painfully shy too, so I expressed myself visually in drawing and film by creating worlds where I could control things. Deciding to leave one parent to live with another across the country was a tough call, but it was my dream to attend USC. So after H.S. in NYC, I moved to Half Moon Bay in Northern California. However, it took me four tries to get into the USC film School, but I never gave up. Directing and producing feature films is overwhelming on a limited budget but like everything else, I grew from tough experiences. In my editing work and directing films, I found that persistence, patience and getting along with people are the key factors for success.

We’d love to hear more about your work and what you are currently focused on. What else should we know?
I consider myself a filmmaker, not really a business owner. I make features, shorts, music videos to create and work with people that I like. Each film is slightly different so I’m not sure I really specialize in anything, but my love for telling stories in a visual medium. I’m very proud of the personal features I finished, Mr. Lucke and Come Together, and see them as my greatest professional accomplishments. I also can’t wait until we finish My Apocalyptic Thanksgiving. I directed and produced the feature film about a special needs young man, who goes on a journey to resolve his family and personal problems. He learns to forgive, and with the help of his favorite Zombie Apocalyptic TV show, becomes a better person because of it. Richard wrote it, and along with his wife Holly, they produced it. Look for it next year! I like to collaborate. I feel that my ability to direct and produce a feature film, on a low budget, sets me apart from many others.

So, what’s next? Any big plans?
Ha, like everyone else in the film industry says, “I just want to keep working!” I would love to edit some more feature films. I’m also writing scripts for new feature film projects that I hope to direct sometime soon. In addition, I forgot to mention that in between directing and editing, I’ve taught filmmaking, editing and film aesthetics at many colleges and universities. I love giving back to young filmmakers and hope to do more teaching in the future. My ideal situation would be to combine my love of film with my current passion for self-help, spirituality. I’m planning to write a book that will help people. Most importantly, I want to continue to be a good father, husband and friend to people I care about. Thank you Voyage LA for letting me share my story. 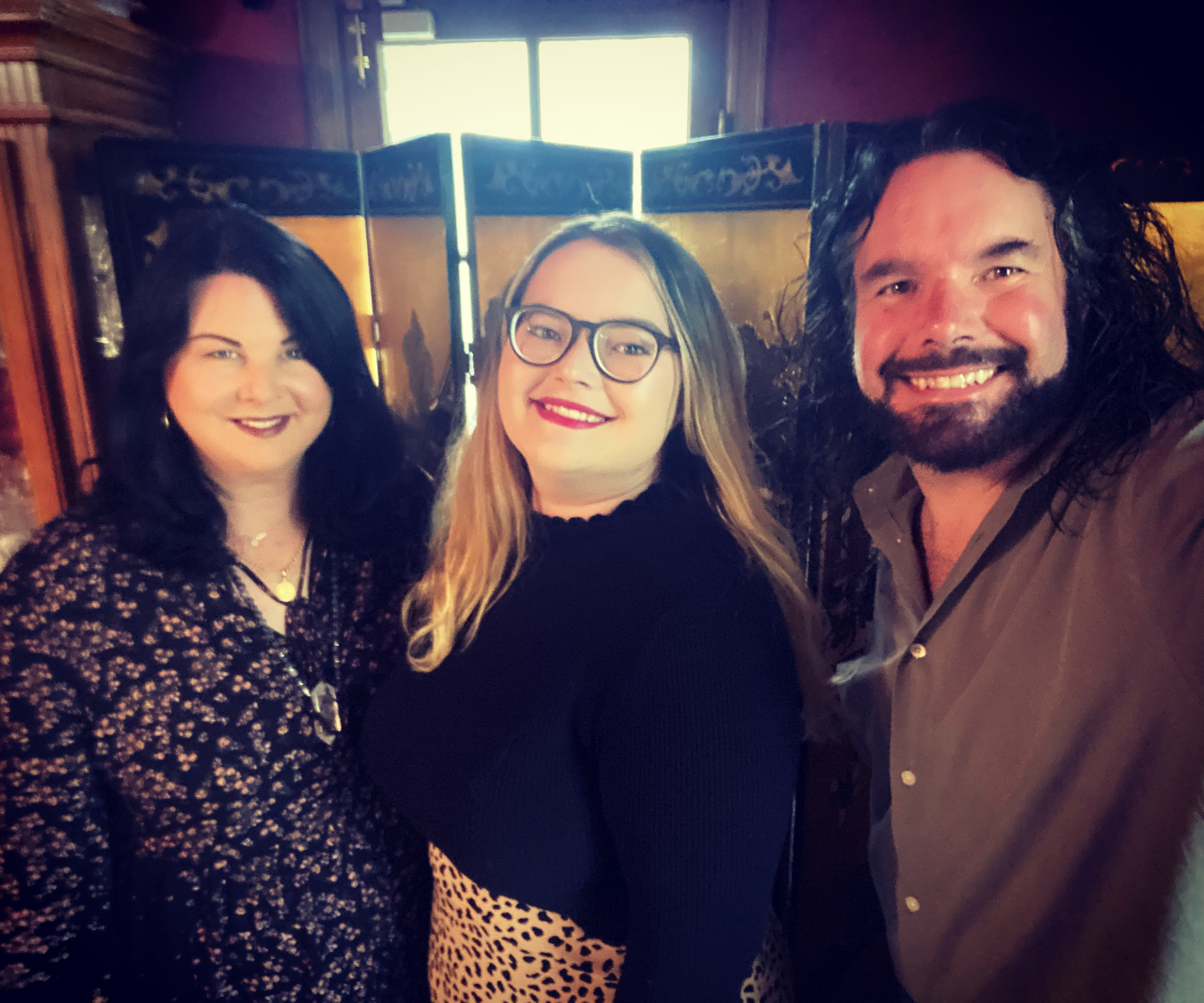 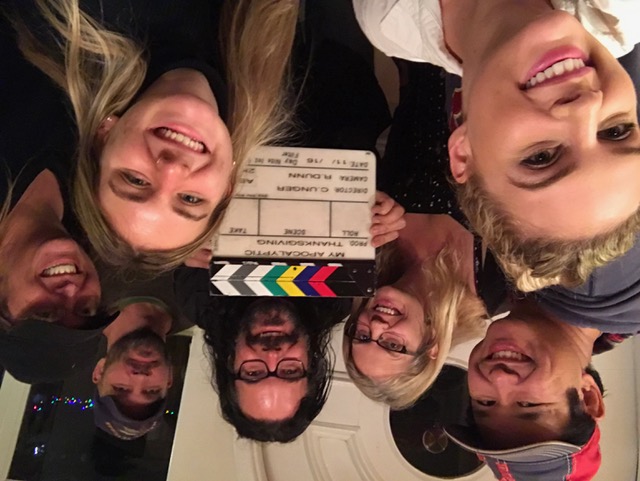 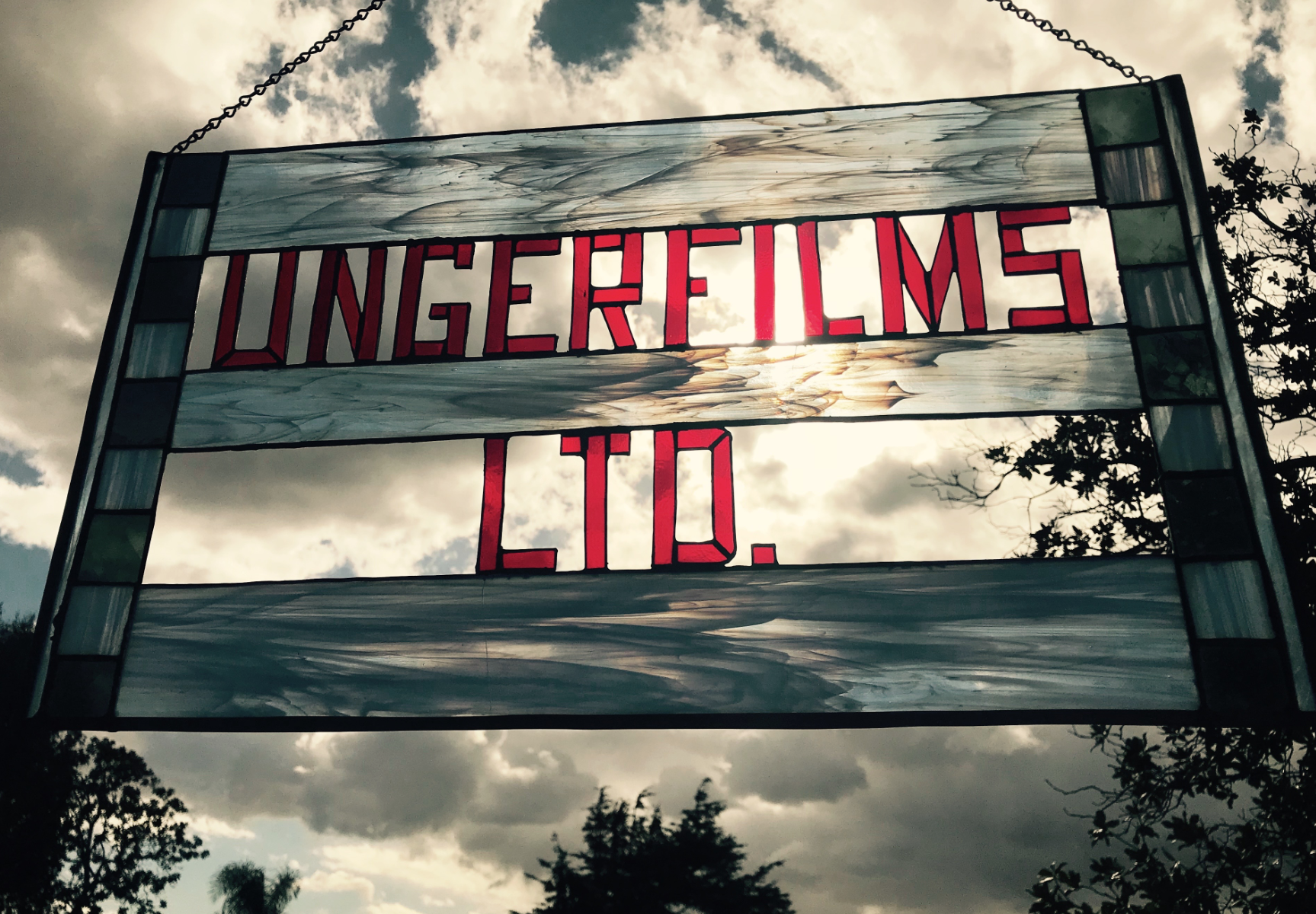