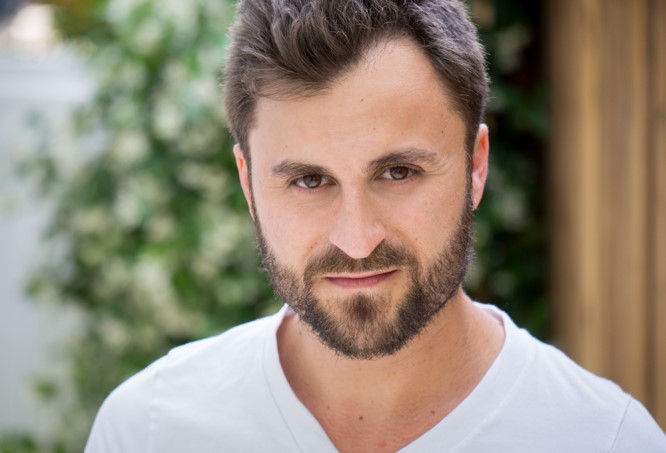 Today we’d like to introduce you to Charles Pasternak.

Charles, can you briefly walk us through your story – how you started and how you got to where you are today.
I fell in love with Shakespeare when I was ten. A guest teacher came to my elementary school class and taught us an abbreviated version of A MIDSUMMER NIGHT’S DREAM which we later performed. That summer, my parents enrolled me in classes at The Will Geer Theatricum Botanicum where I would study, work, and perform for the next eight years.

At sixteen I began studying with the great Larry Moss.

At eighteen I fell a credit short of graduating high school. I moved out with a bunch of friends and got a job at Starbucks. I had no idea what to do. Finally, I found what was then a Backstage West and started going out for some auditions. I began doing small productions, sometimes at a great distance. There were long stretches when I would open Starbucks at 4am; work till 2pm; drive to Fullerton (where I did a pair of shows) ahead of traffic; sleep in my car for a few hours; rehearse till midnight; drive home and sleep for a few hours and then do it all again. 5 or 6 days a week. I couldn’t do that now, but it shows how desperate I was to work. I was working very hard – but not very well. It takes a while to learn that distinction.

By my early twenties I was waiting tables (much better for the money), doing student films to build a reel (now you can just do it on a phone with some planning and friends), and doing theatre for nothing in a dingy upstairs theatre in Hollywood called The Next Stage (it was only torn down recently). At The Next Stage, I was working with a company called the Ethos Theatre Company (now defunct) where I got to act in and direct a lot of Shakespeare. It wasn’t good work, but it was honest work; community theatre in the best sense: born of love and need. I spent about two years working there and learned a lot.

Next, I moved to New York for a short while. The reel I built in LA got me my agents in NY and I studied with the great Michael Howard. That about covers my brief move.

When I returned to Los Angeles, I wanted to make some theatre. A drunken evening, two friends of mine and I decided to produce a show. In this case, it was JULIUS CAESAR. We attached the name “The Porters of Hellsgate” to the poster without really thinking that we were starting a company. We rehearsed in a back yard. Of our 9-actor cast, five had to be replaced along the way. It was a trial by fire. But we got the show-up. And it was good. And we even made a little money. That was the beginning of a 13-year journey that continues to this day. I remain the Artistic Director of the Porters, a 501(c)3 not-for-profit classical theatre company based in North Hollywood. We’ve produced 28 of Shakespeare’s 38 plays. When we do them all, we will be the first company in the history of Los Angeles (so far as we can tell!) to produce the full canon. The work we do is exciting, inventive, and text-based. That’s not to say it always works. But we get better with the years, and more consistent.

However, two important things happened for me in the first year of the company: when back in LA, the LA branch of the agency I had signed with in NY didn’t really know what to do with me. I got very good reviews as Marc Antony in the CAESAR. I faxed (yes, faxed!) them to my agent, who came to see it. They were sending me out the next week. Later that year, an actor saw me in TITUS ANDRONICUS and recommended me to a friend of his who had just taken over Shakespeare Santa Cruz: Marco Barricelli needed a non-union Romeo. On the recommendation and a good pair of auditions, I got the part. Most of my regional theatre career can be traced back to the four seasons I worked at Shakespeare Santa Cruz, and the people I worked with.

I now lead a very busy and transient life: 8 – 10 months a year I’m working regionally (when I’m lucky), making my living in the theatre – most of it Shakespeare. Most of the rest of the time I’m in LA, directing and/or producing with my company. My brother and I bought a house in Chatsworth-Lake Manor. There’s never enough money. Or time. And the better an artist I become, the easier it is to see how far I have to go. But that’s the life. There’s no path to follow, you just have to forge your own with love, and a bit of insanity, and a large dose of humility.

Has it been a smooth road?
Never.

The greatest enemy is doubt. And loneliness. To stave those off, you need a community; a theatre, a class, etc. If you don’t have that, find it. Or you won’t make it.

Money is always an issue. Until, for a blessed few, it ceases to be. For some, they work enough in TV/Film to be comfortable; for others, they inherit; for others, they find a great paying survival job that doesn’t make them miserable. In any case, a huge dose of luck is involved. Don’t depend on it. And don’t let it ruin the life. You will probably never have enough money not to stress. But it’s worth it. If it’s not, get out.

We’d love to hear more about your work.
For myself, I’m an actor and director specializing in Shakespeare. I’m most proud of the fact that I’m making a living doing that.

For my theatre company, The Porters of Hellsgate, we’re a classical theatre company based in North Hollywood. Our mission is to finish Shakespeare’s canon – and we’re ten shows away. We’re most proud of doing some of the most exciting Shakespeare in the city, which is also what sets us apart. We take risks that others don’t.

How do you think the industry will change over the next decade?
I don’t. I think people will still struggle mightily to make theatre out of love. They will never get paid enough for their efforts. Especially in this country, where our subsidies for the arts are DISMAL compared to most of the developed world. 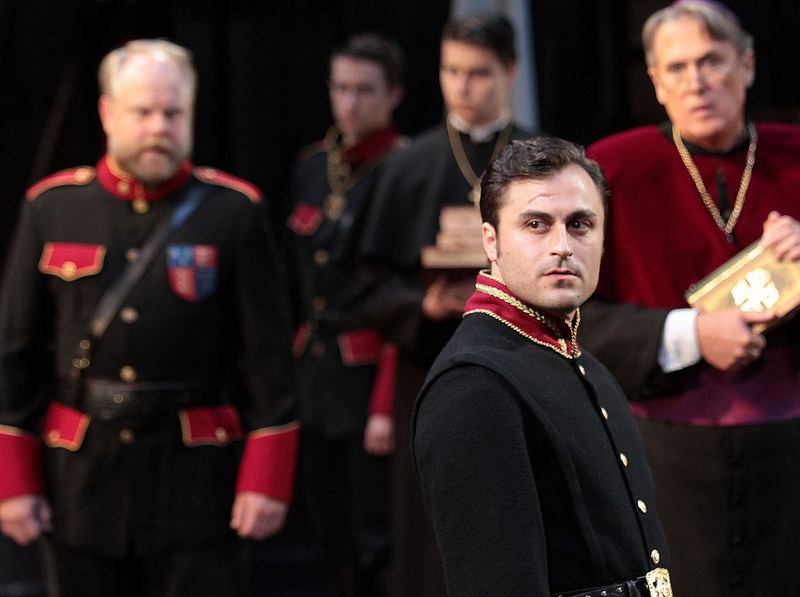 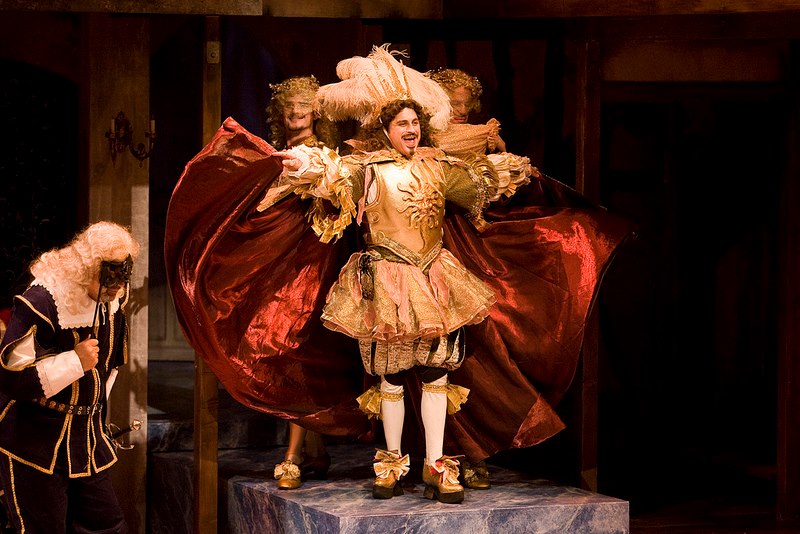 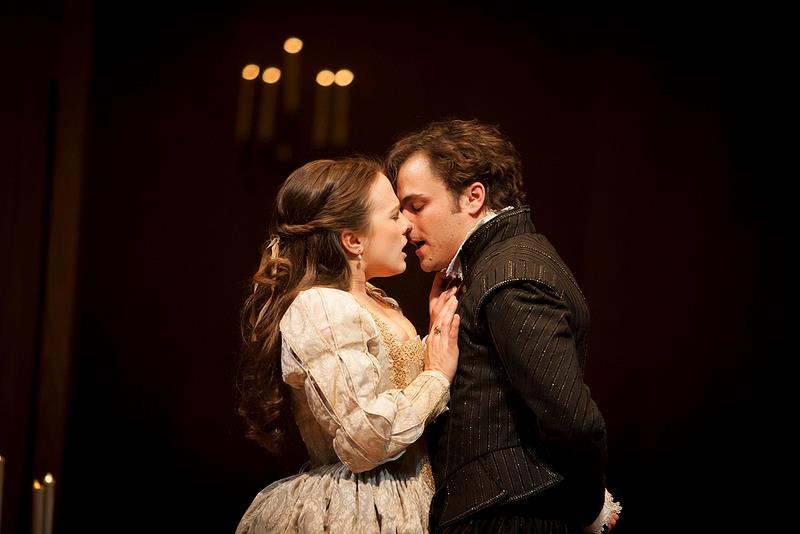 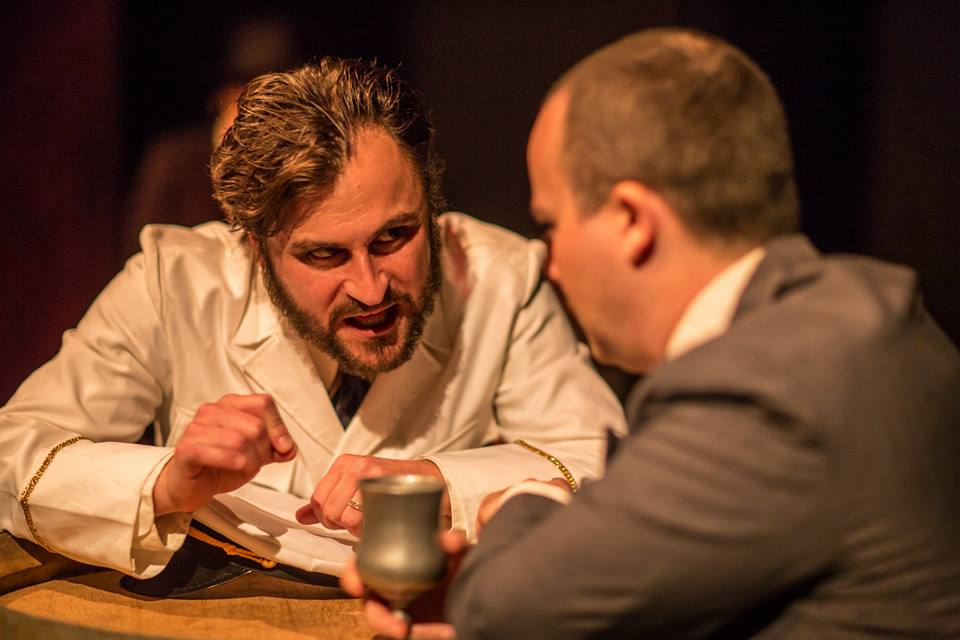 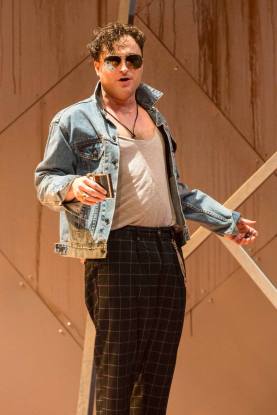 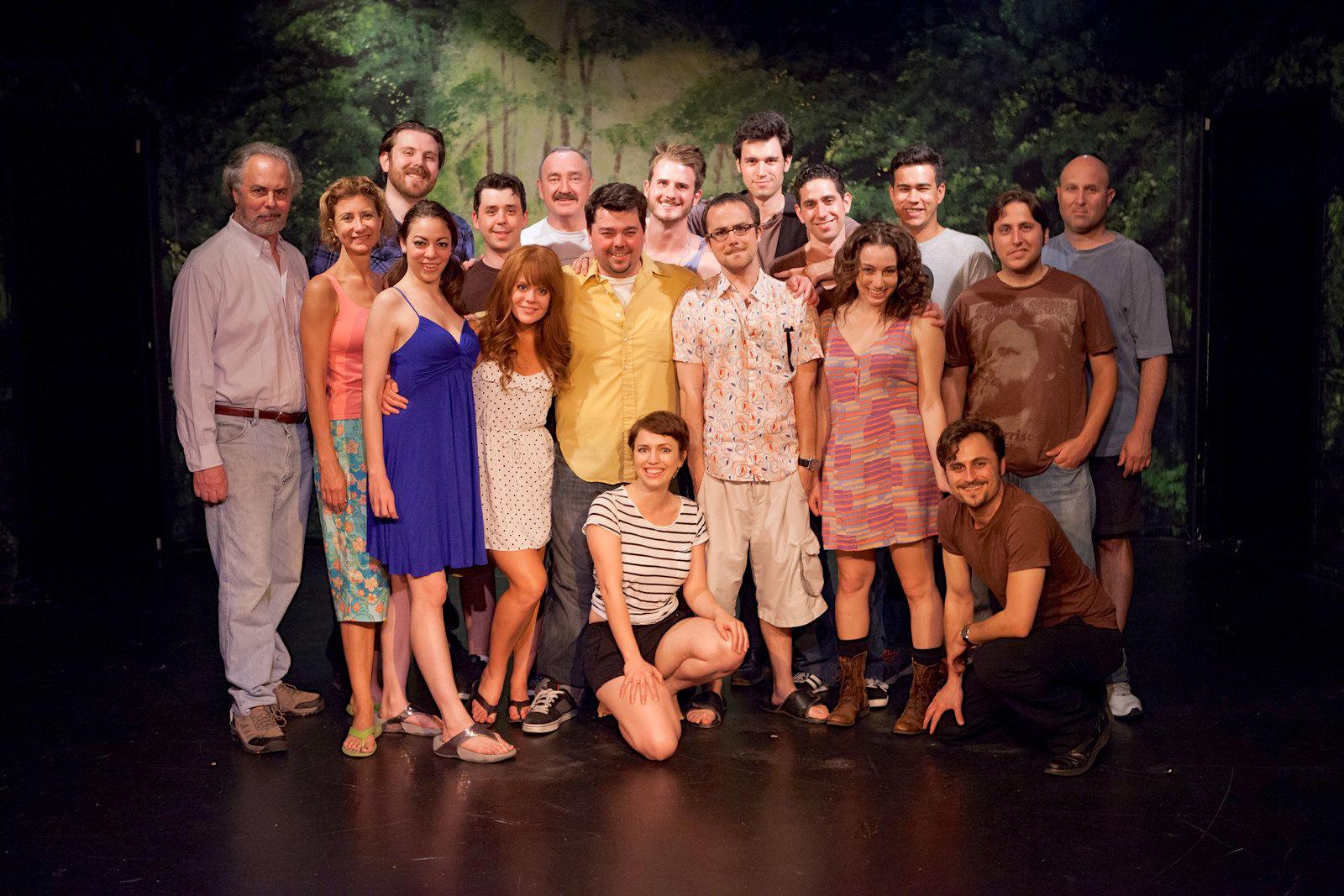