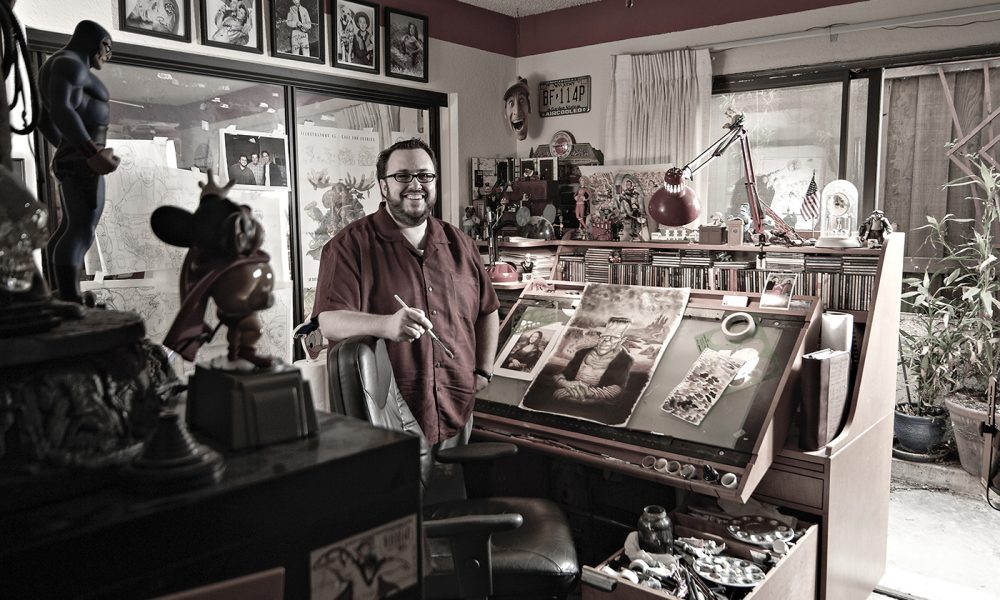 Today we’d like to introduce you to Chad Frye.

Chad, let’s start with your story. We’d love to hear how you got started and how the journey has been so far.
From the early days of childhood growing up in New Jersey, I had the passion to draw.

While others didn’t think the 5-year-old version of me was creating murals of value as I flourished with flair on my parents’ walls with a permanent green marker, to me they were gorgeous masterpieces. My initial interest in art was most influenced by cartooning, particularly the comic strips of Charles Schulz and the Scrooge McDuck comic books of Carl Barks, both of which I would look at from the lap of my father who would read them to me. Later, the masterful illustrative works of artists such as Jack Davis, Drew Struzan, and Al Hirschfeld were of influence.

As a child and into my teen years, I was mentored by cartoonist Al Hartley, who was a friend of my grandmother. Al had drawn Marvel comics back in the day, then Archie comics, and eventually a line of Christian comics – even Christian Archie comics! It was because of Al that I received my first children’s book contract when he recommended this college student to his publisher. That first book was a “Where’s Waldo” type book called “The Fun Bible Search Book: Find Rupert.” By the time college ended, I had two published books and was working on a third.

However, animation was always something that intrigued me, too. After finishing that third book, I was hired by a little animation studio in South Carolina to be an animator on a “King’s Quest” computer game. This was old school animation, drawing on paper, and I LOVED it. The studio didn’t last long, and within a year I was back to illustrating full-time. Some friends in Greenville, SC, brothers Del & Dana Thompson, let me rent a desk in the corner of their studio where I’d pick up extra work from them that came out of the publishing field in New York, as well as working on jobs of my own creating advertising art for local companies.

By the time of moving to beautiful downtown Burbank, I had worked on about twenty children’s books featuring Fisher Price’s Little People, Yogi Bear, X-Men, Mercer Mayer’s Little Critter, Michigan J. Frog, Disney’s Cinderella, Lady & the Tramp, Toy Story, and many other well-known characters. It had been terrific preparation for the animation industry when taking a job with Disney Feature Animation to work on the film “Mulan.”

Those early years of variety led to a whole career of variety here in Hollywood. Each new project comes with a new artistic style and a fun creative challenge. I have worked project to project for Disney, Warner Bros., and many smaller studios creating art for television and the movies, all while continuing to work as an illustrator for books, magazines, advertising, comics, and for whatever project a new client wishes.

My most recent movie job was working for The Third Floor company as a storyboard artist for a feature film that has yet to be announced. I’m also currently in the middle of some marketing illustrations for an online traffic school, and there is a new children’s book in the works. In addition, I have an original painting in a group show in tribute to actor Tim Curry opening at the Creature Features gallery at 2904 W. Magnolia Boulevard in Burbank on February 24 that runs through March 11.

Great, so let’s dig a little deeper into the story – has it been an easy path overall and if not, what were the challenges you’ve had to overcome?
No, the creative arts never travel a smooth road. There’s a reason the clichè “starving artist” persists. Those early years were lean. You learned to love ramen noodles because that’s what you could afford at the grocery store. You hustled around trying to find clients to put their trust in you when you have little to show professionally. I even braved the magazine art directors’ offices in New York City when fresh out of school. It was brutal.

It was a blend of constantly reaching out to people to sell your abilities, and after they all said “no,” you would go back to the drafting table and draw and paint all new art to improve your portfolio, and then go knock on all those doors again. The internet was just starting to be a thing, but no one was making their own website yet, so the internet was no help in selling your work in those days. It was letters, phone calls, and personal drop-ins. In some ways, it is easier today, but you still have to be out there selling your talents in order to be noticed in the sea of creativity that permeates our society.

Please tell us about Chad Frye – Illustration Guy.
I am an illustrator, a character designer, and a storyboard artist. In short, I create pictures to tell stories or to sell something.

In this line of work, one often needs to be a chameleon – drawing in the style of whatever a particular project demands. Every animated project is in a different style and uses different techniques. However, it isn’t just drawing and painting that’s needed. I’m also hired to come up with ideas, and I love dealing out the silly stuff! Humor is my specialty.

When creating illustrations, I do work digitally when necessary, but I love painting in watercolors and finishing with colored pencils. There is something so satisfying sitting back looking at a real genuine painting at the end of a project. There have been many clients who desire physical artwork because so many artists have gone totally digital and do not even own a real paintbrush anymore. Photoshop is a tool in my studio, but so are watercolors, gouache paint, ink, pens, brushes, erasers, and a variety of papers.

I’ve designed characters for animated movies (“Norm of the North,” several movies based on Zhu Zhu Pets toys) and television programs (“Lalaloopsy,” “Scooby Doo”), and I have storyboarded commercials, television shows (“My Friends Tigger & Pooh,” “Mickey Mouse Clubhouse”), and movies (“Quest for Zhu,” “Tinkerbell,” “Animal Crackers” – due out in spring 2018).

Do you look back particularly fondly on any memories from childhood?
A childhood highlight would have to be meeting my first celebrity. Growing up in NJ, they didn’t just walk down the streets every day like they do in Los Angeles. I was 8, and my dad took me and my 4-year-old brother to meet Roy Rogers.

We dressed up in our cowboy outfits and went to see him sing and perform in the parking lot for the grand opening of a new Roy Rogers Restaurant in Parsippany, New Jersey. I was so excited to meet the man who I thought owned all those restaurants. It was much later that I learned he was not really a hamburger guy, but a movie star. Not that I need it to remember that momentous day, but am glad to have a photo to reflect fondly upon. 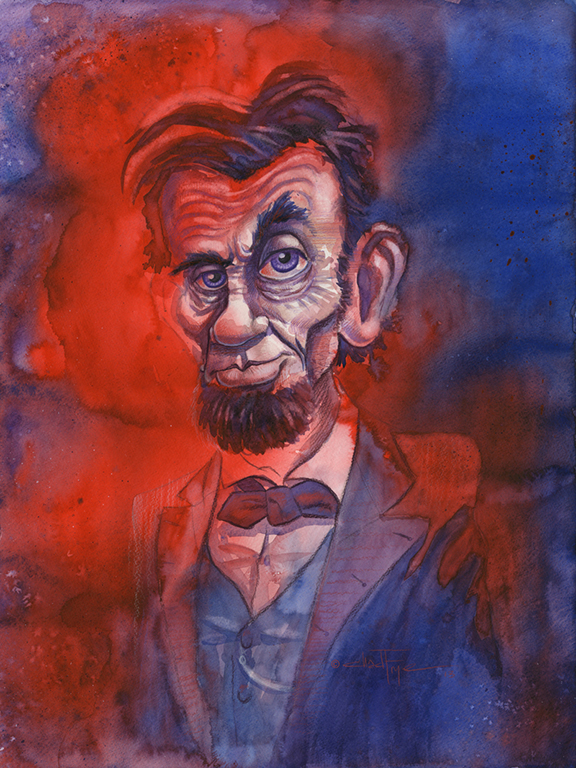 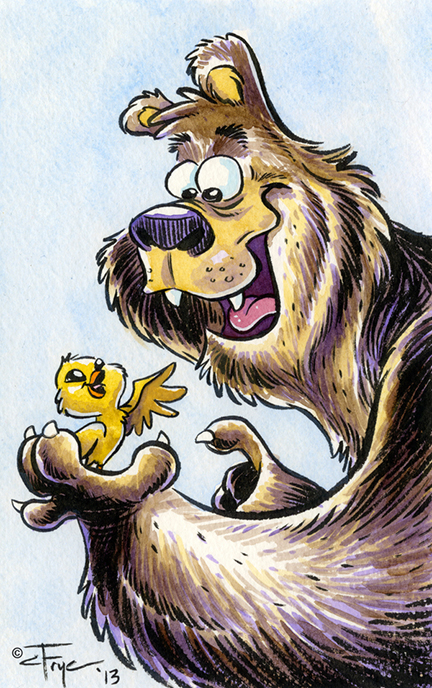 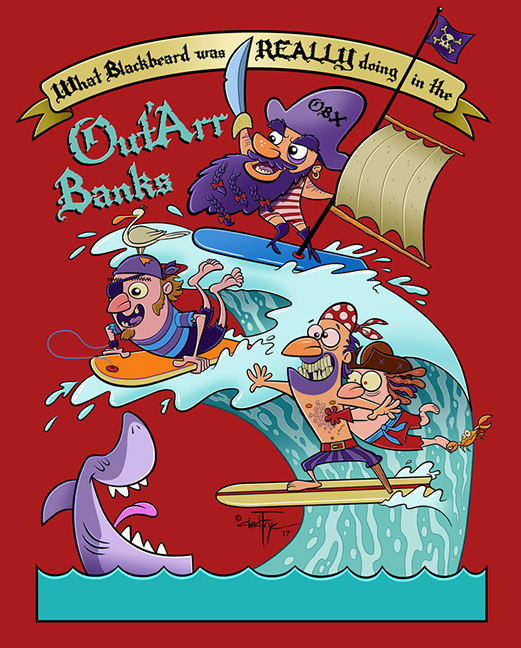 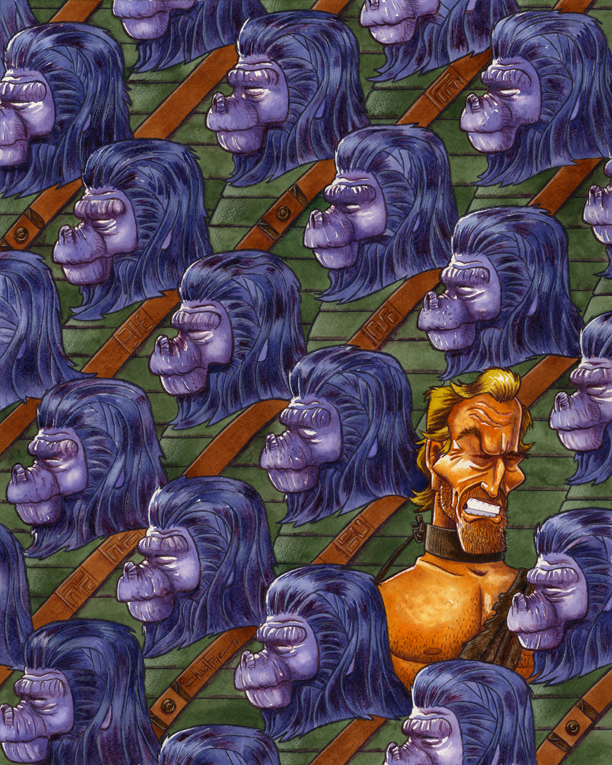 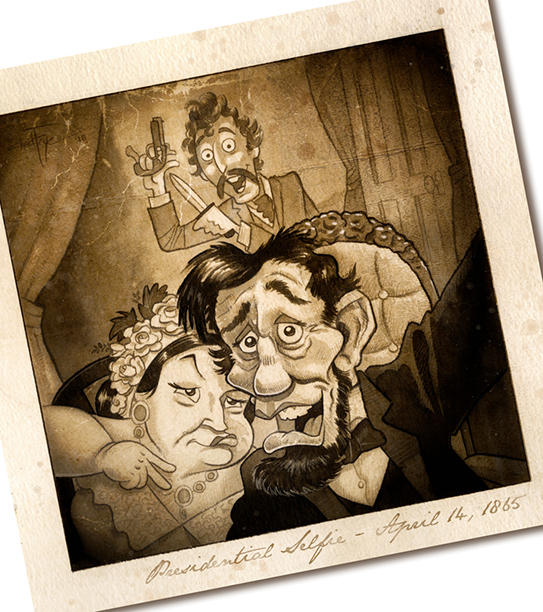 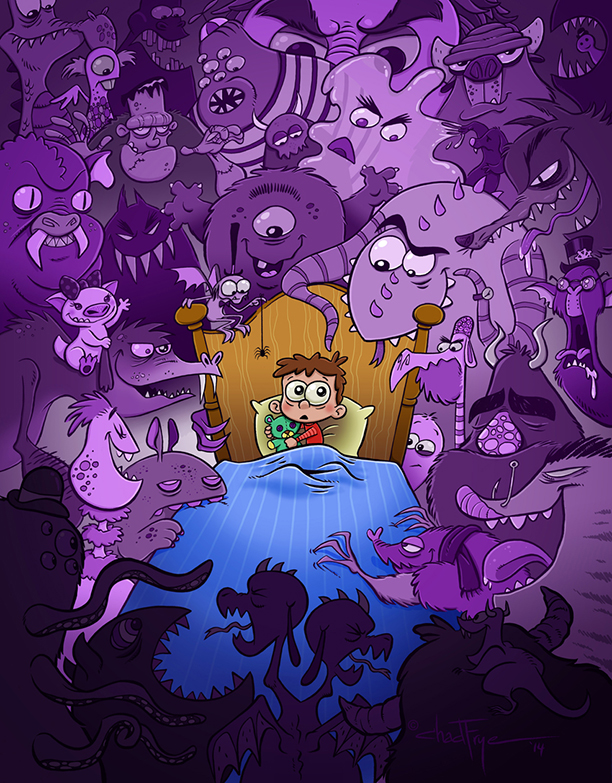 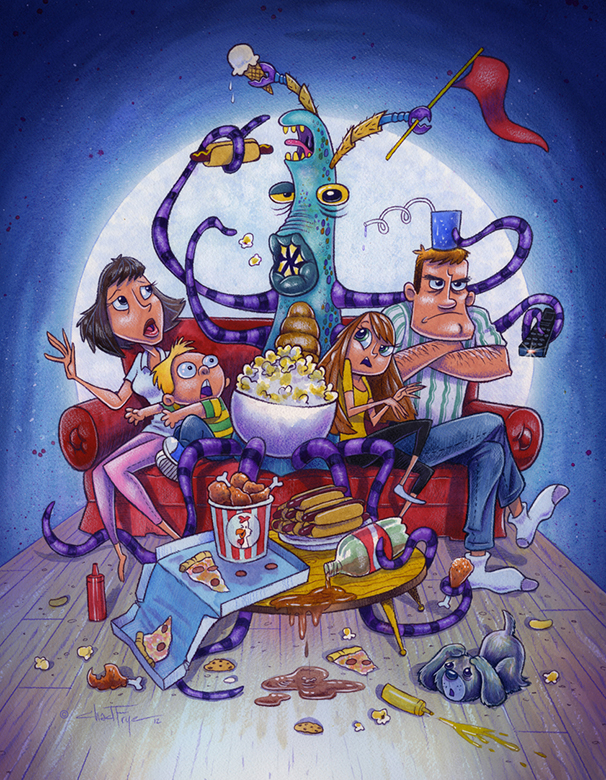 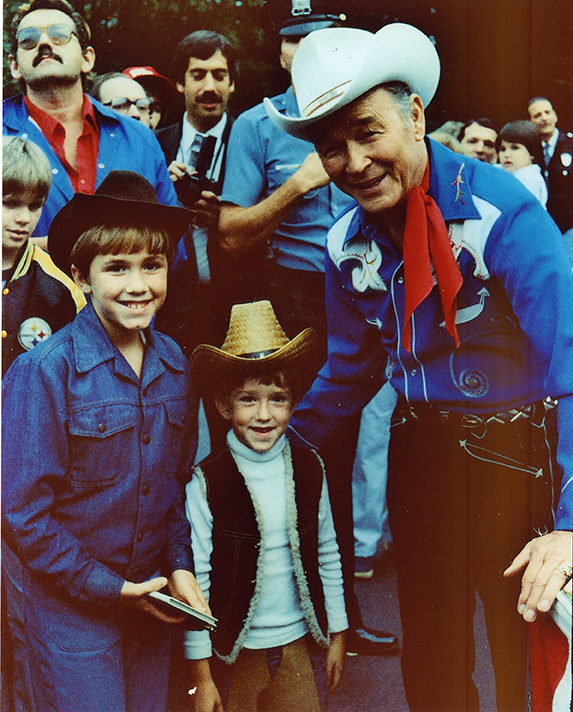 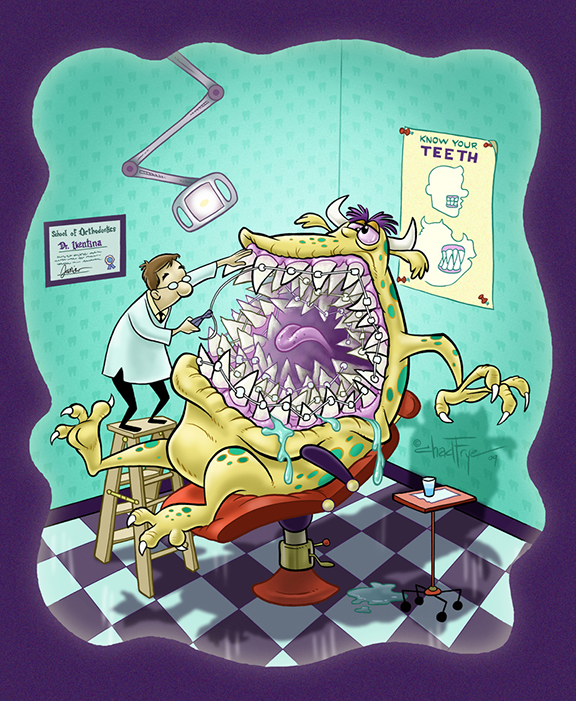 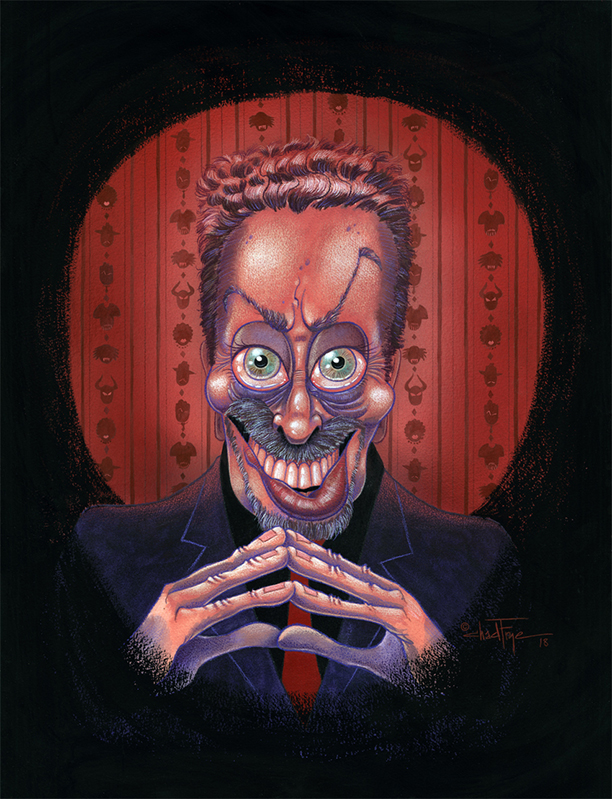