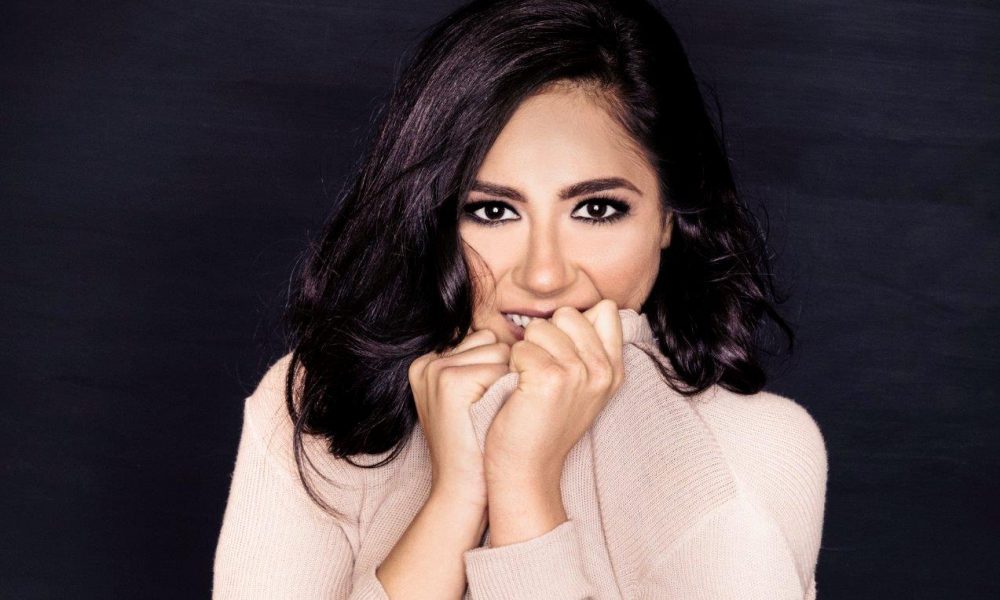 Today we’d like to introduce you to Candice Cruz.

Candice, let’s start with your story. We’d love to hear how you got started and how the journey has been so far.
It was quite a wild ride to get to where I am today… I am originally from Kentucky and moved to LA seven years ago.

I always wanted to be in front of the camera, whatever it was; singing, acting, hosting. There are videos of me hosting my own cooking show when I was three, singing at weddings at age four and putting on my own plays at five. So needless to say, I think it was always in my blood to be in the entertainment industry.

Around 18, I started competing in pageants, which I fully believe helped get me to where I am today with my interviewing skills and stage presence. I ended up winning Miss Teen United States in 2010 in Las Vegas. The title afforded me the opportunity to come out to LA for a fashion show and I knew I had to be out here…

I went to college at the University of Kentucky and earned my degree in Broadcast Journalism. I had seven internships, one of them being at ESPN at their headquarters in Bristol, CT.

After I graduated, I competed in the Miss Kentucky Pageant the summer of 2013. I had put all of my energy into competing, that once the pageant ended, I was frantically looking for a job.

It is so crazy to look back at a thing I wanted so badly and realize now that if I would have won that my life would have completely altered its course and I wouldn’t be where I am today.

An opportunity presented itself through my cousin one month after the pageant to work with a boy band as their social media manager on a nationwide tour… and where did it end? In LA! I knew I had to take the chance…to hop on a tour bus with one suitcase, leave everything behind and pursue my dreams. It was the craziest, most spontaneous, best decisions I have ever made in my life. I learned so much working with the group and top music industry professionals in the business. It was a crash course to Hollywood and the Entertainment Industry.

Once I decided to stay in LA, the hustle was REAL. I could go on and on about the hardships you can have in your first few years in the big city (that’s another story entirely), but I was determined and pushed to stay.

I worked multiple jobs just to pay the bills including working as a personal assistant, marketing manager, retail associate, and working as an extra in multiple tv shows, movies and music videos (which I HIGHLY recommend to anyone that wants to be an actor when they first come to LA) just to name a few. At one point, I had five jobs…

I took acting classes at Anthony Meindl’s Actor Workshop for six years, studying with some of the most talented actors and teachers. It was here I found community and really had the opportunity to expand my creativity, not only in acting but in many other arenas.

On top of studying at AMAW, I was also studying with Marki Costello at becoming A Host. She really believed in me and pushed me to new levels. I was encouraged to create my own content and go get as much experience as I could to build my hosting reel. It was here I first heard of AfterBuzz TV.

In 2017, I started working at AfterBuzz TV. I hit the ground running and did as many shows as they would give me and started working some of the top red carpets in Hollywood from the SAG Awards to NBC Upfronts to FX Upfronts to ‘The Voice’ Weekly Coverage, etc.

By 2018 I was accepted into the NBCUniversal Diversity Hosting Workshop where I was able to meet some of the most talented up-and-coming hosts from across the country. The women that ran that program were absolutely incredible and gave me many opportunities I cannot be more grateful for.

At that point, momentum started and it just kept going! I have been lucky enough to audition for some of my dream networks and am currently working as a guest entertainment expert for NBC LX and the host for a new show soon to release on Roku.

It’s so interesting writing down monumental events in your journey that each played a pivotal point to get me where I am today. If it wasn’t for “this”, “that” wouldn’t have happened, etc. And of course, this is the bullet points version of the journey. If you want more… you might have to set out some time to hear all of it.

Has it been a smooth road?
The road has had some bumps in it along the way for sure. As I said earlier, the hustle is REAL.

I wish I could say it has all been roses and sunshine, but this journey has had so many ups and downs, even now with the current state of the world.

I look back at the last seven years and realize the resiliency I have had to have and the determination that my dreams have to constantly rest on.

My first year in LA, I lived with different friends and couldn’t afford a place of my own. I had all of my belongings in my car and never stayed with one person longer than three months. If it wasn’t for the people who believed in me and took me in, I wouldn’t have been able to stay.

I worked five jobs at one point and truly lived paycheck to paycheck. It took a few years to really get on my feet, feel secure and create a life out in LA.

It has been a crazy albeit beautiful journey of discovery and learning to truly believe in myself. My 20s have been lived to the fullest out here pursuing my dream. I feel as artists sometimes we have such BIG dreams that it can be a little daunting to fully commit, really dive in.

But I will say, the moment I was able to feel “secure” and really lean into what I know I am meant to do…everything has been falling into place.

I believe it is a lot of persistence, hard work and believing in yourself and opportunities and jobs present themselves when the timing is right. Now the journey is elevating to the next level in my career.

We’d love to hear more about your work and what you are currently focused on. What else should we know?
I am currently working on multiple projects which I am very excited about!

I am the host of my own show ‘Candice Be Real’, an online show talking about some of the top entertainment stories of the moment dabbled with a bit of the more important current events we are currently dealing with in the country and the world… edu-tainment as I like to say (not my term to coin, but I love it!)

I am also a guest entertainment expert for NBC LX breaking down the biggest news in Hollywood and the big award show results. I do a weekly segment of your top entertainment news stories in just 90 seconds. You can find NBC LX on Peacock and on 30 nationwide cable channels.

On top of those two shows, my co-host, Leslie Ambriz, and I have decided to revamp our podcast Bossy Bonitas which is set to debut in early 2021. We started our podcast a few years ago that covers everything from everyday life as a Latina to entertainment, politics and more. We have “woke, intellectual and borderline hilarious dialogue that occurs when a Puerto Rican and a Chicana walk into the same room.” (our tag line)

You can find Bossy Bonitas on Spotify and Apple Podcasts.

Let’s touch on your thoughts about our city – what do you like the most and least?
LA is the city where dreams are made. I love this city and have claimed it as a home. The energy and the possibilities really are infectious. I will say… I have met some of my best friends while here and have been inspired and encouraged and supported. But it is a city you have prepare yourself for.

The “idea” of LA is what you make of it. It is a place everyone can be accepted as long as you just be yourself. It can be hard, but it is a city that shows you who you are and what you’re made of. If you want to pursue the entertainment industry, I would definitely say this is the place to be. 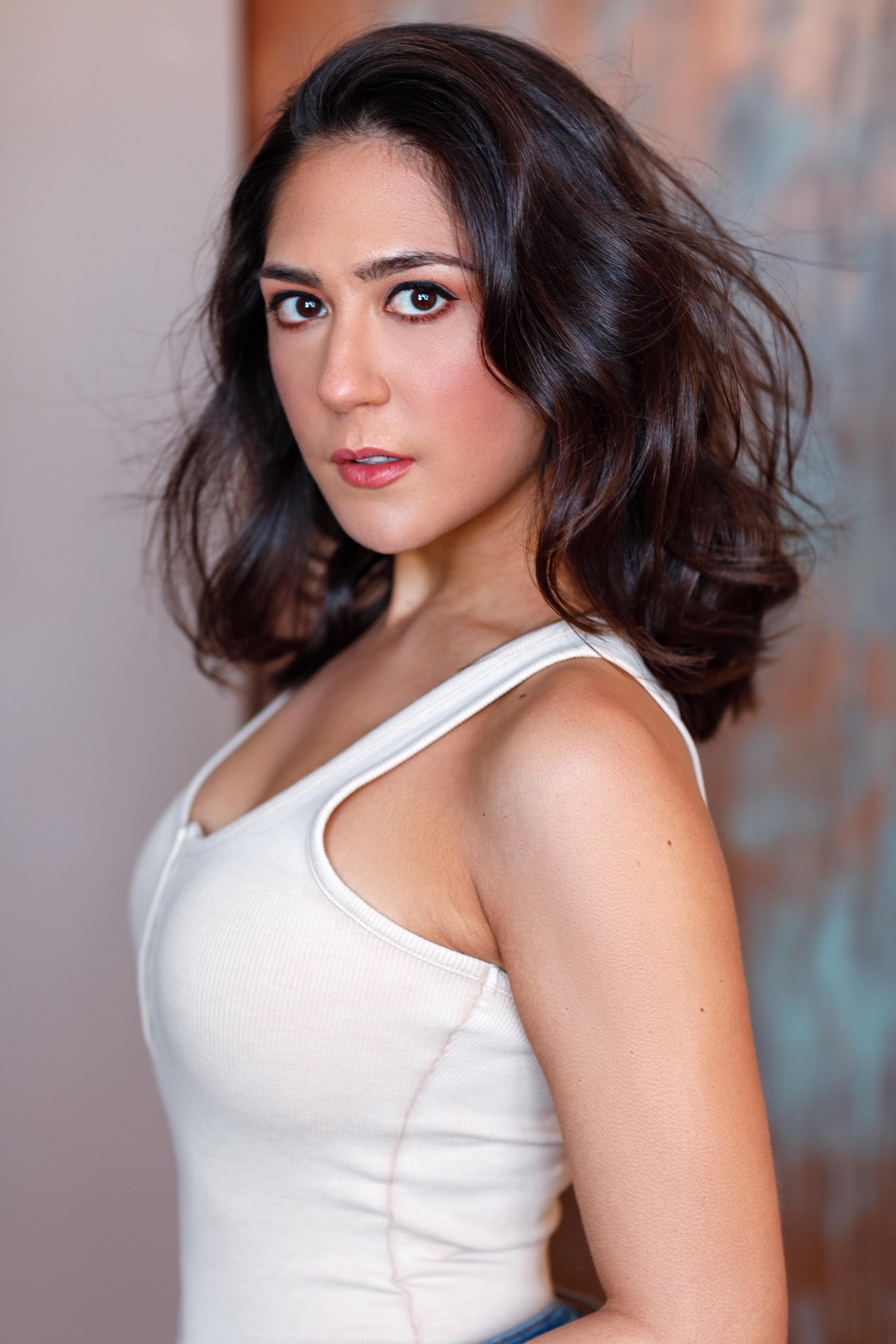 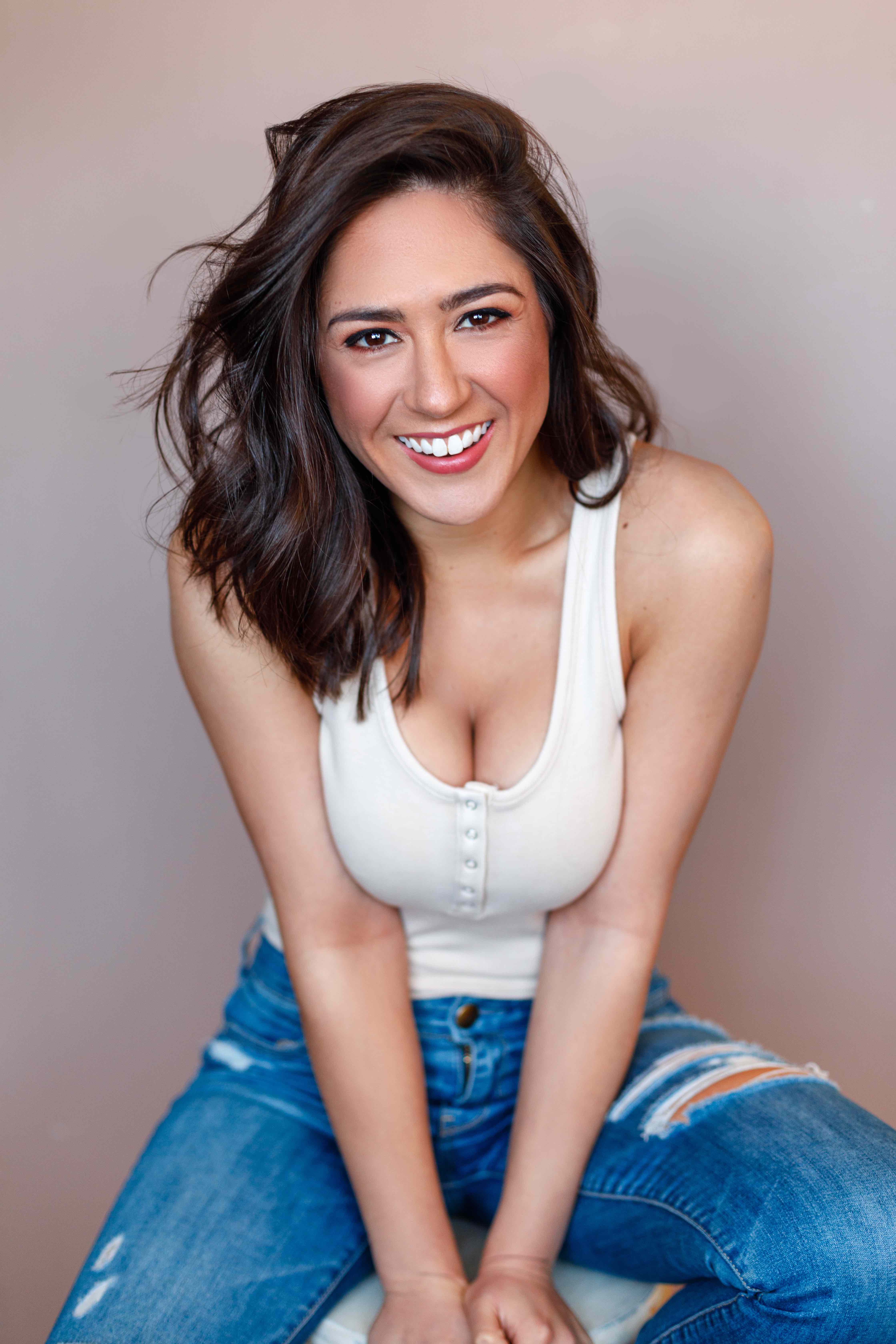 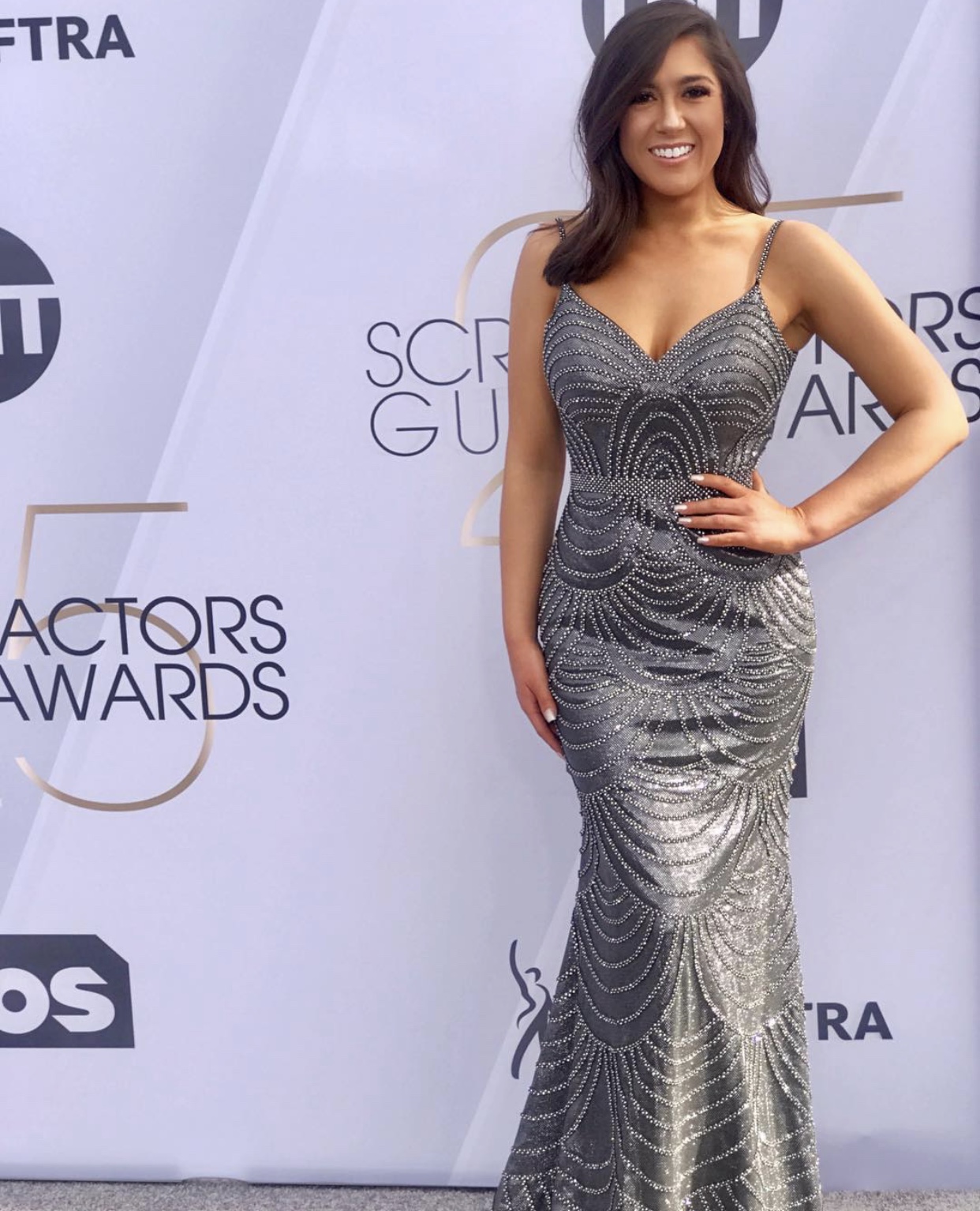 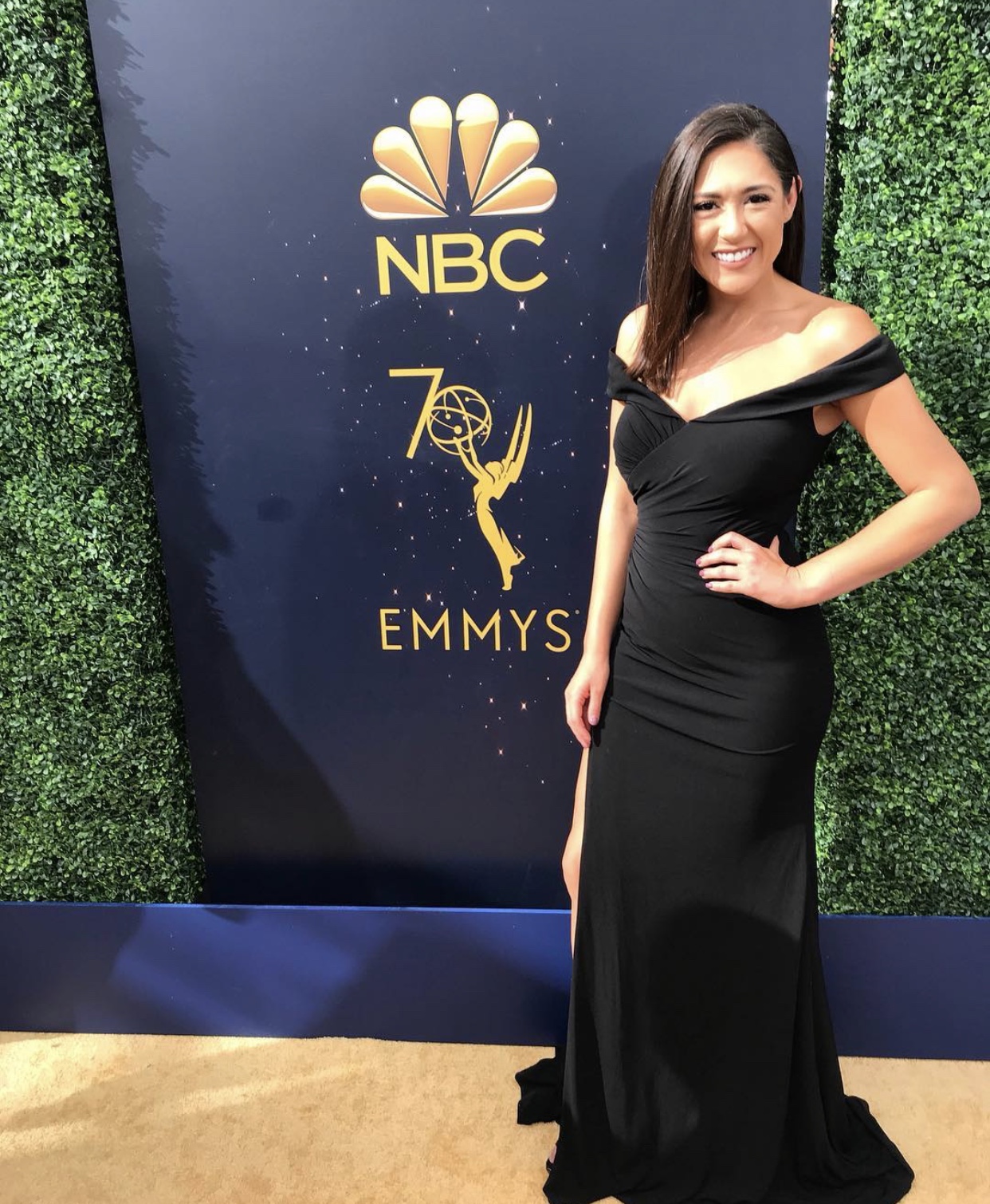 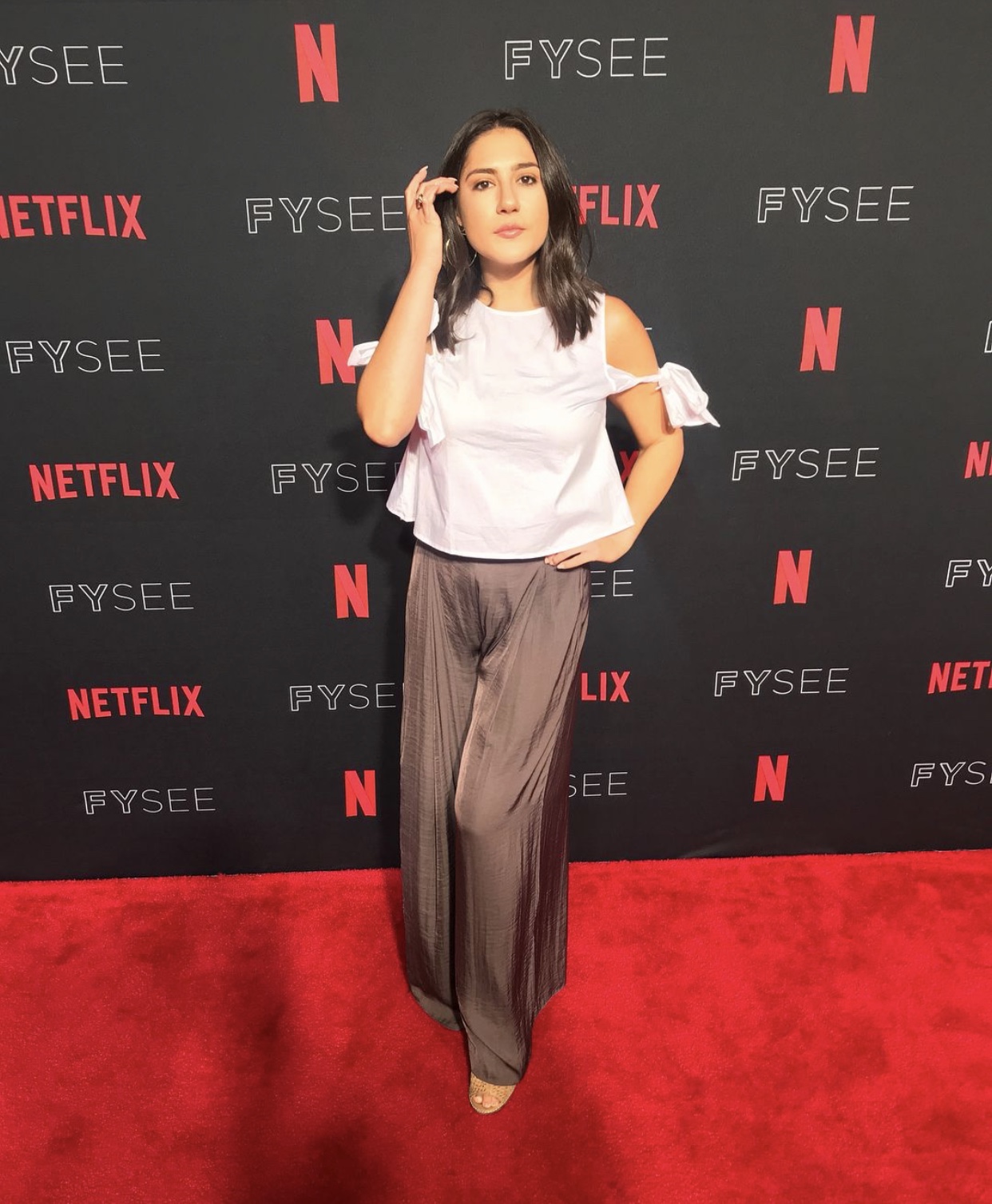 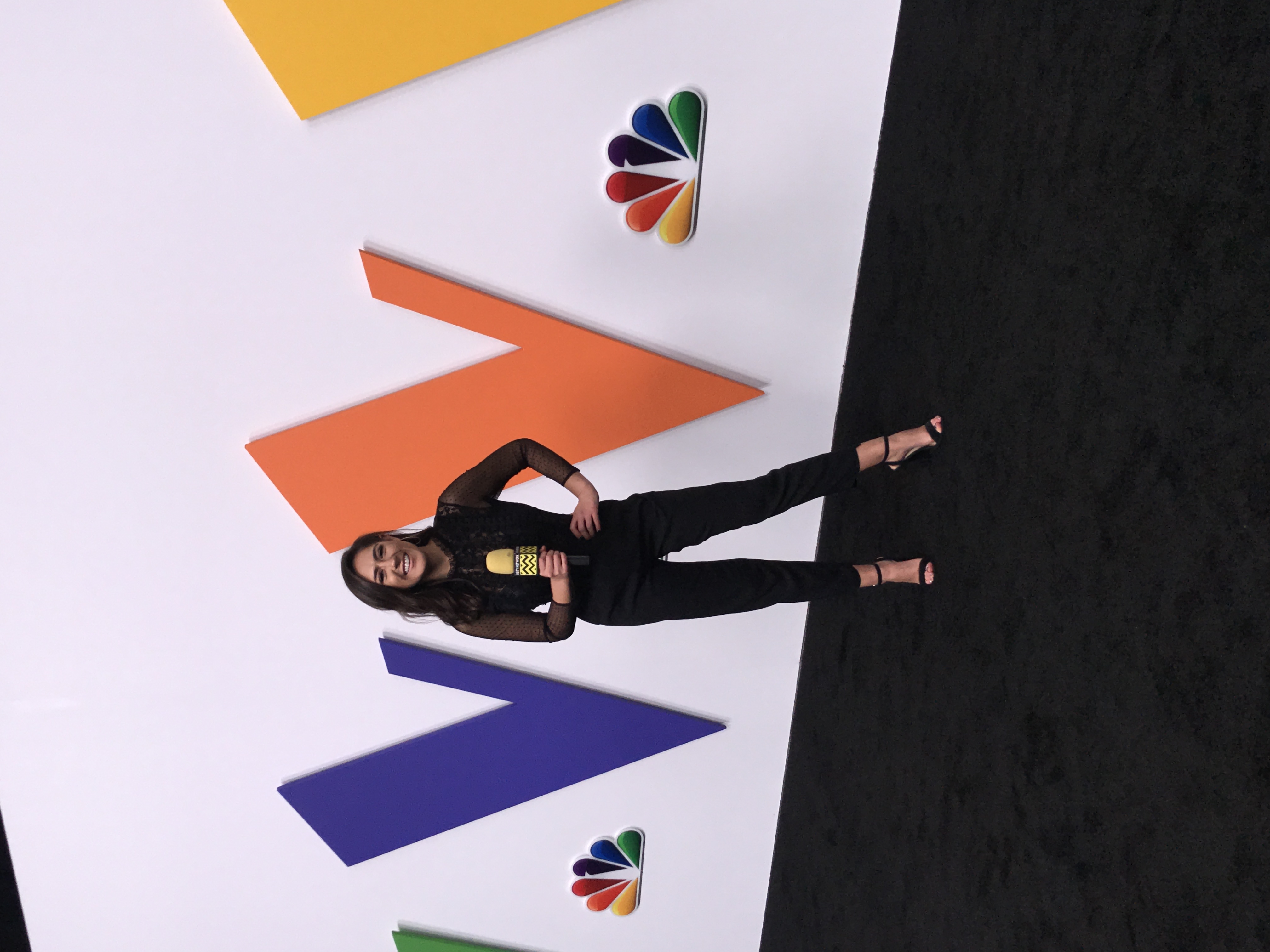 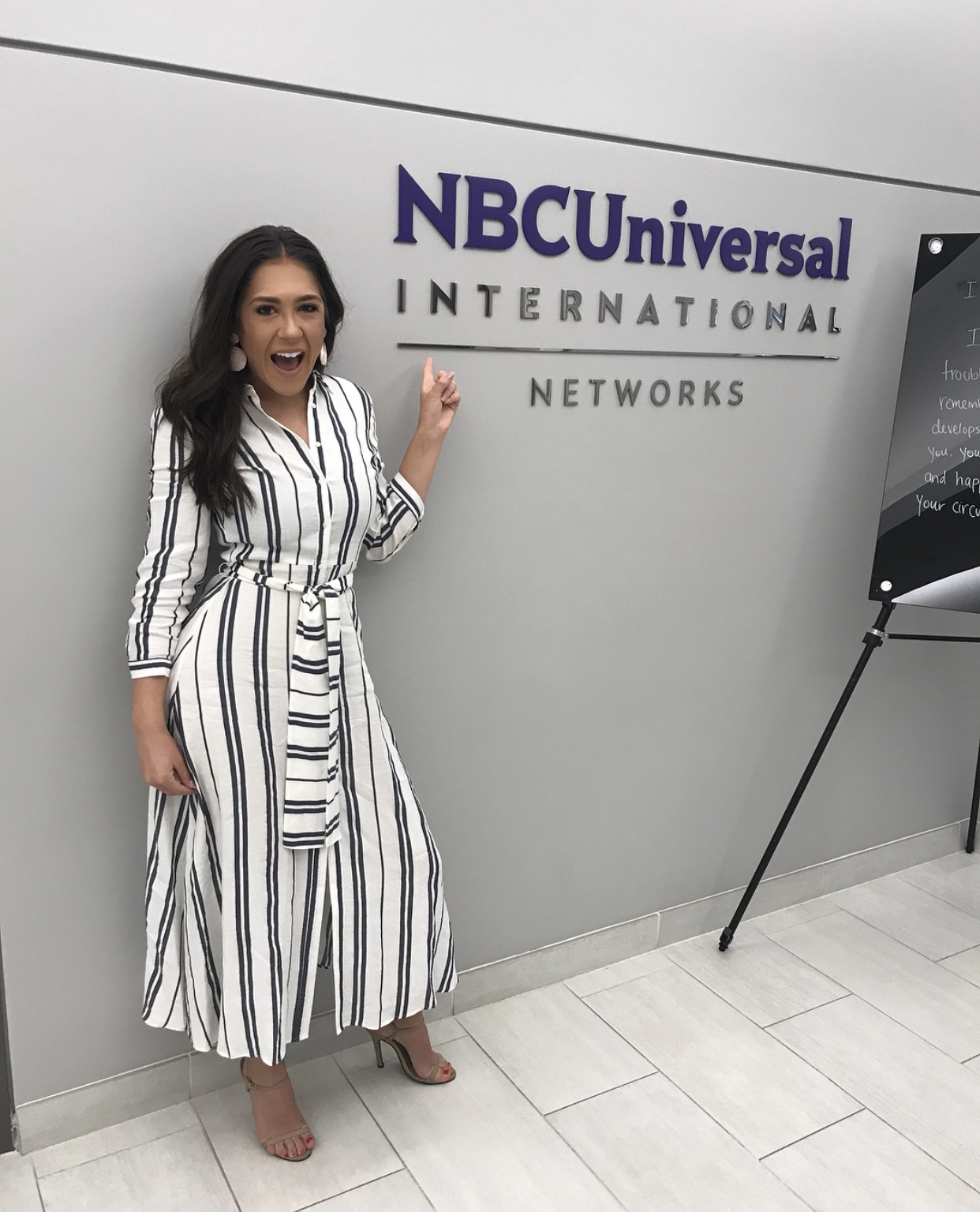