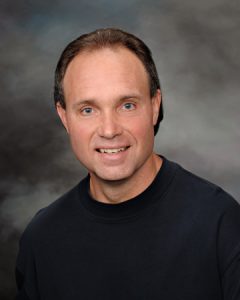 Today we’d like to introduce you to Bruce Rogers.

Bruce, can you briefly walk us through your story – how you started and how you got to where you are today.
I grew up in Connecticut. In 1981, a day or two after I received my bachelors’ degree in music education from the University of Connecticut, I hitched a ride on a semi-truck with my guitar, a suitcase and $80.00 in my pocket. I was a singer/songwriter and came out to California to become a “rock star” or an actor, but discovered teaching instead. Very quickly, I fell in love with teaching and realized that working with young people was my true calling in life.

Within one year of arriving in California, I began teaching band and choir at Central Middle School in Riverside, California. I taught there from 1982 – 1987 and built a strong band and choral program, winning awards and superior ratings at competitions and festivals throughout southern California. When I began, there were only a handful of students in the music and drama program. By the time I left, about half of the students that attended Central MS were involved in the music and drama programs. This is when I realized that teaching was what I was truly meant to do with my life.

I was then hired at Upland High School to resurrect a very small choral program. I was in charge of the choral music program at UHS from 1987 – 1994. By the time I left UHS, we had five thriving choirs, and were considered to be one of the top high school choral programs in the United States, winning numerous international awards, California awards and honors, and special performance invitations throughout the country.

I then took over an almost non-existent choral program at Mt. San Antonio College in 1994, and during the past 26 years have built the program to be recognized as one of the best college/university choral programs in the United States. We currently have seven choirs at Mt. SAC and are very active with performances in the local community and throughout the world.

My choirs have achieved top ranking in national and international competitions, including performances in Concert Halls throughout the United States, Canada, Australia, China, Scotland, Wales, England, France, Italy, Germany, Poland, Austria, Switzerland, Bulgaria, the Czech Republic, South Africa, Slovenia, Slovakia and China. My choirs have had the honor of performing at eight California State Conventions, twelve American Choral Directors Association (ACDA) Regional and National Conventions as well as performing at three International Association of Jazz Educators (IAJE) National Conventions and a 2017 performance at the Jazz Education Network (JEN) Conference. In the year 2001, I became the first choral director in United States history to have two different choirs perform at both the IAJE National Convention and the ACDA National Convention, and in 2005, I achieved this special honor once again. In 2017 I again had two different choirs perform at both the JEN National Conference in New Orleans and the ACDA National Convention in Minneapolis.

My guest conducting ventures outside of the United States, includes conducting at the “AMIS International Honor Band and Choral Festival” hosted by the International School at The Hague in the Netherlands, conducting at the “ACCET Choral Conductor’s Workshop” held in Melbourne, Australia, guest conducting the music of Franz Joseph Haydn in Vienna and Budapest with a Festival Choir and Orchestra honoring the 200th Anniversary of Haydn’s death, and was the headline clinician and guest conductor at the “Australian National Choral Association” (ANCA) Convention in Port Macquarie, Australia.

I have guest conducted the New York Chamber Orchestra and Festival Chorus at Carnegie Hall on seven different occasions and have performed by special invitation at Lincoln Center. In 2007, I conducted the ACDA National Two-Year College Honor Choir at the ACDA National Convention in Miami, Florida and I have served as the American Judge on the jury panel for the “International Musical Eisteddfod Competition” in Llangollen, Wales on five different occasions. I have presented lectures, adjudicated, or conducted All-State and Collegiate Honor Choirs in twenty-eight states, Canada, Austria, Hungary, Poland, Australia, and the Netherlands.

On the jazz side of teaching, my vocal jazz group “Singcopation” has won the Downbeat Magazine award for being the number one two-year college vocal jazz group in the country on ten occasions, and also winning a special Downbeat Award on five other occasions for ‘Outstanding Performance’. “Singcopation” has been invited to perform at numerous Regional and National jazz conferences and have given special performances at B.B. King’s and the Baked Potato nightclubs in Hollywood, as well as Steamers Jazz Club in Fullerton and Campus Jax in Newport Beach. They were the headline performers for a concert engagement at Lincoln Center in New York City, with special guest artist Darmon Meader, and had the honor of opening for the “Real Group” at the Apollo Theater in New York City. They have also won first place honors at the “Next Generation Jazz Competition” in Monterey, California, and were then invited to perform as guest artists at the prestigious Monterey Jazz Festival in 2010 & 2013.

Mt. SAC presented me with its prestigious “Faculty Member of the Year” award; the Upland Community Foundation honored me as a recipient of their 2010 “Spotlight Award” for Outstanding Educator; in 2013 I was awarded the “CMEA Pearson-Silver Burdett Choral Educator Award” honoring excellence in choral education and performance, and in 2014 I received the California Music Educators Association’s “Outstanding Music Educator’s Award”. I founded the Upland High School’s Elizabethan Dinner as well as Mt. San Antonio College’s Wassail Dinner; and established the “Bruce Rogers Choral Series” through Gentry Music, which strives to discover challenging new choral works from throughout the world.

Most recently, I founded the Mt. San Antonio Children’s Choir, which is currently in its inaugural year at the college. This choir is a choral performance and music education program for youth, grades 1 – 10, who live in the nearby southern California area and wish to be part of an educationally focused choral ensemble. The MSACCC provides children the experience of artistic choral singing and the opportunity to perform outstanding children and treble choir literature while emphasizing the understanding and development of musical skills.

Overall, has it been relatively smooth? If not, what were some of the struggles along the way?
Building a successful program in any business or organization is never a smooth road. I have worked extremely hard every step of this journey and always believed that anything was possible. If people told me it couldn’t be done, I took that as a challenge to prove them wrong. Bringing beautiful music to the world and giving my students a sense of accomplishment has always been my top priority.

I also have an incredible wife, Robin, who has supported me every step of the way during our 38 years of marriage. Together we have raised two incredible daughters and my wife has always found the time and energy to attend almost every performance I have ever conducted. She is my rock.

We’d love to hear more about your work and what you are currently focused on. What else should we know?
I am currently preparing to guest conduct a work for orchestra, soloists and choir at Carnegie Hall this April that deals with the challenging topic of Alzheimer’s disease. This important 30-minute work is entitled Alzheimer’s Stories and was written by Robert Cohen and Herschel Garfein. It is a three-movement work that deals with three different aspects of Alzheimer’s disease. The first movement describes the discovery of this disease by Dr. Alzheimer and the incredible number of people that have been and are affected by its grip. The second movement basically deals with various stories about people with Alzheimer’s and the final movement talks about the difficulty thrust upon the caregivers of people with Alzheimer’s.

If you had to go back in time and start over, would you have done anything differently?
I truly believe that every step of my journey had a reason and purpose in building my career. Thus, I would not change anything I have done. Each step was an important learning process and has led me to where I am today. 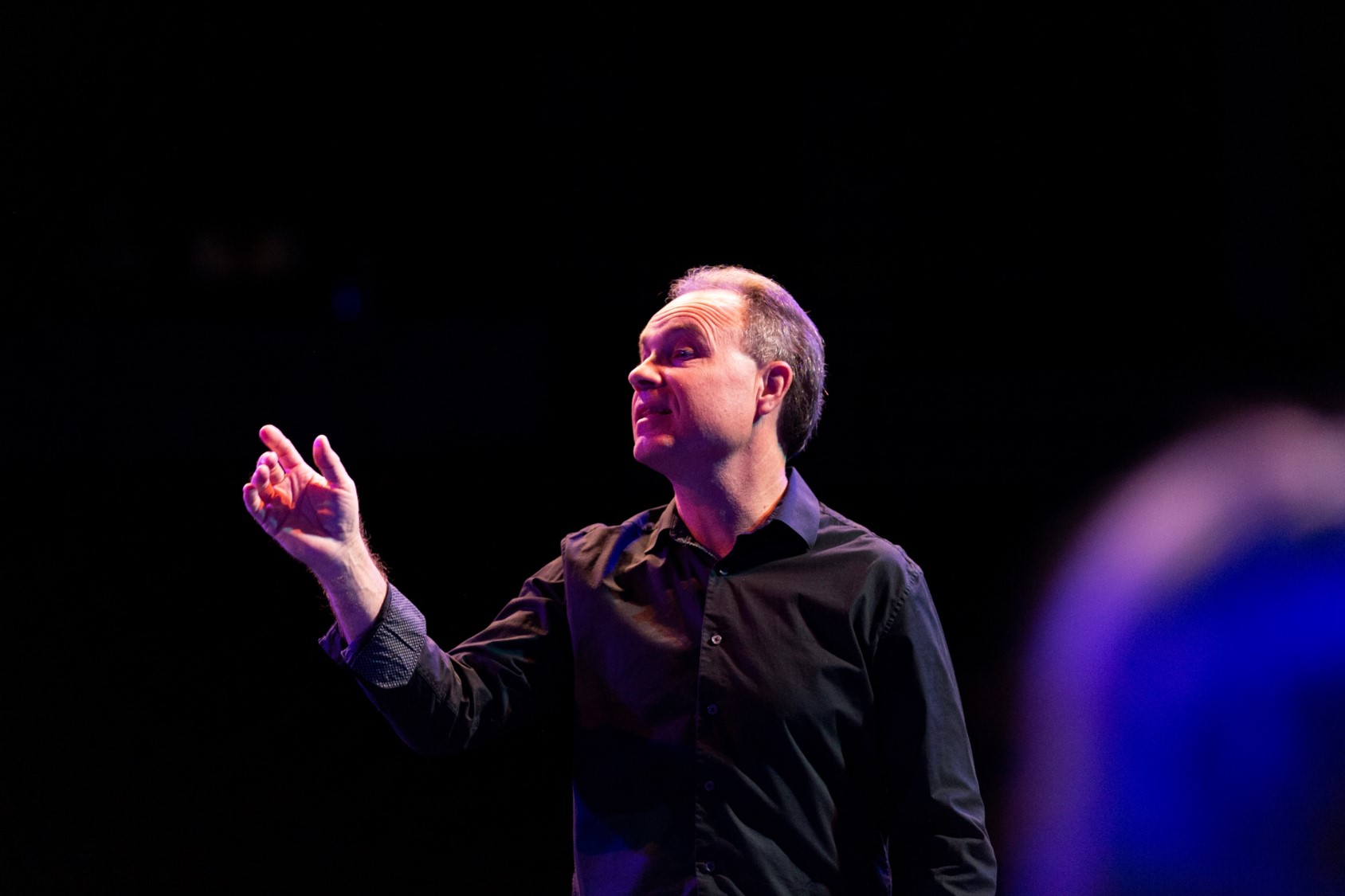 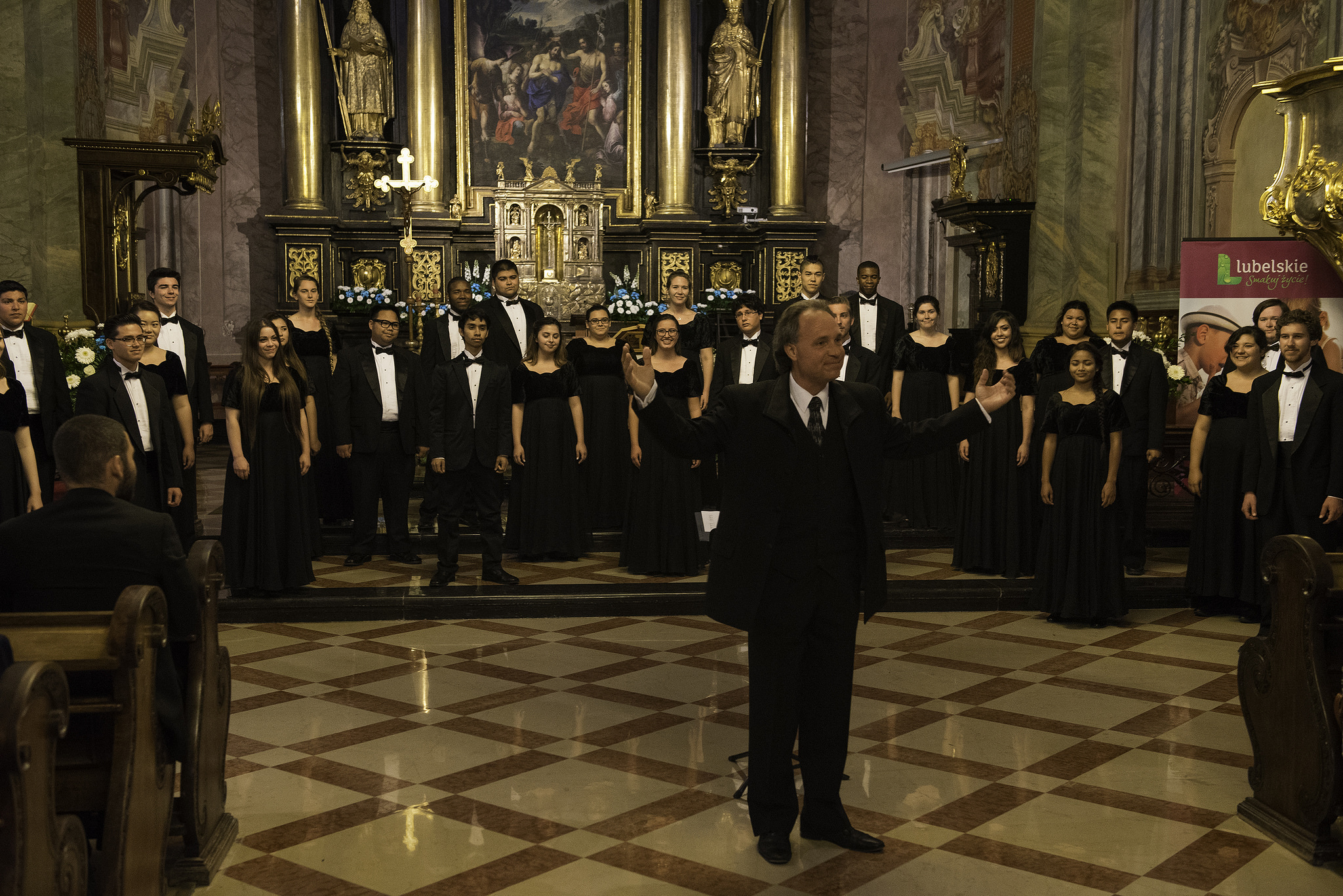 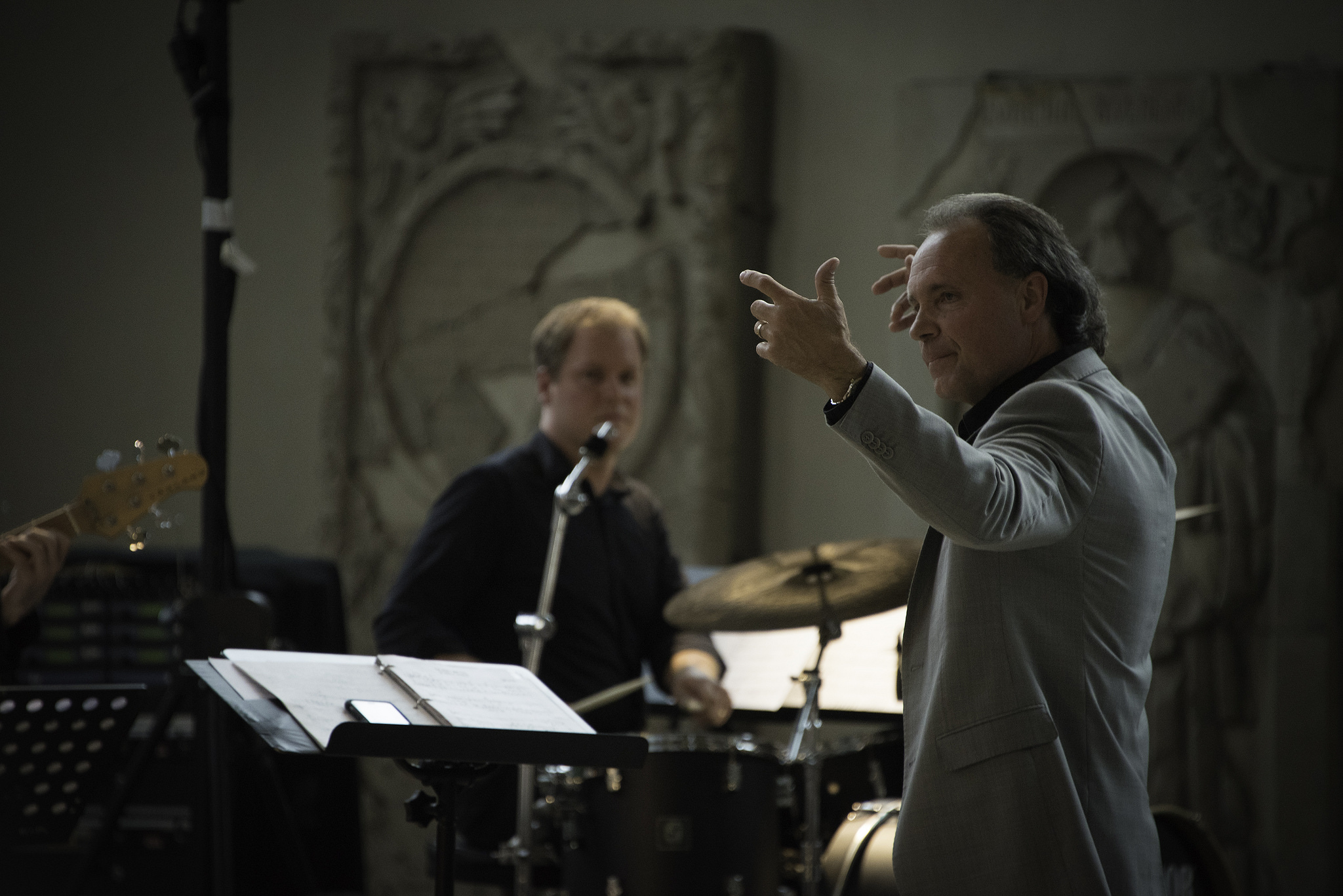 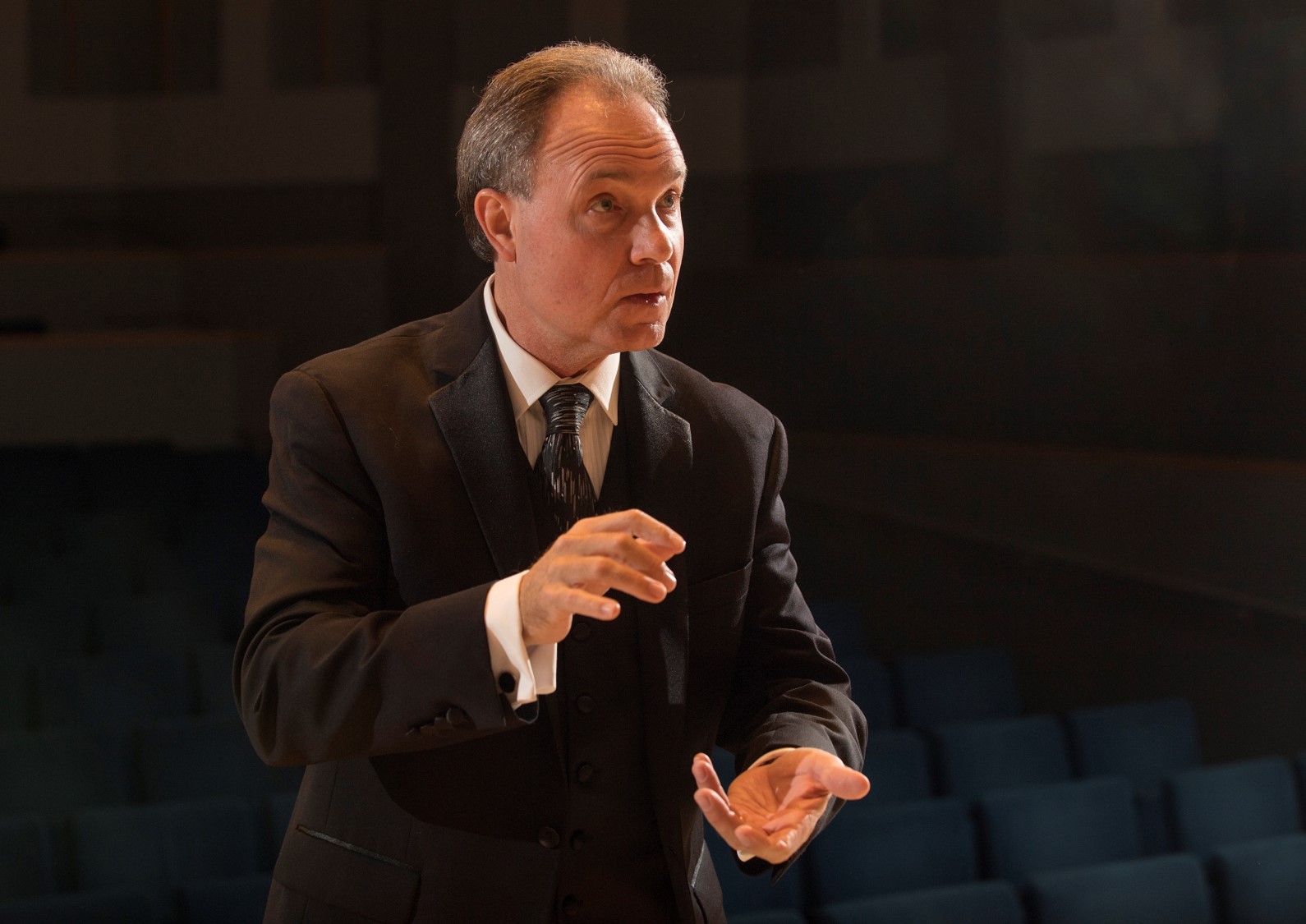 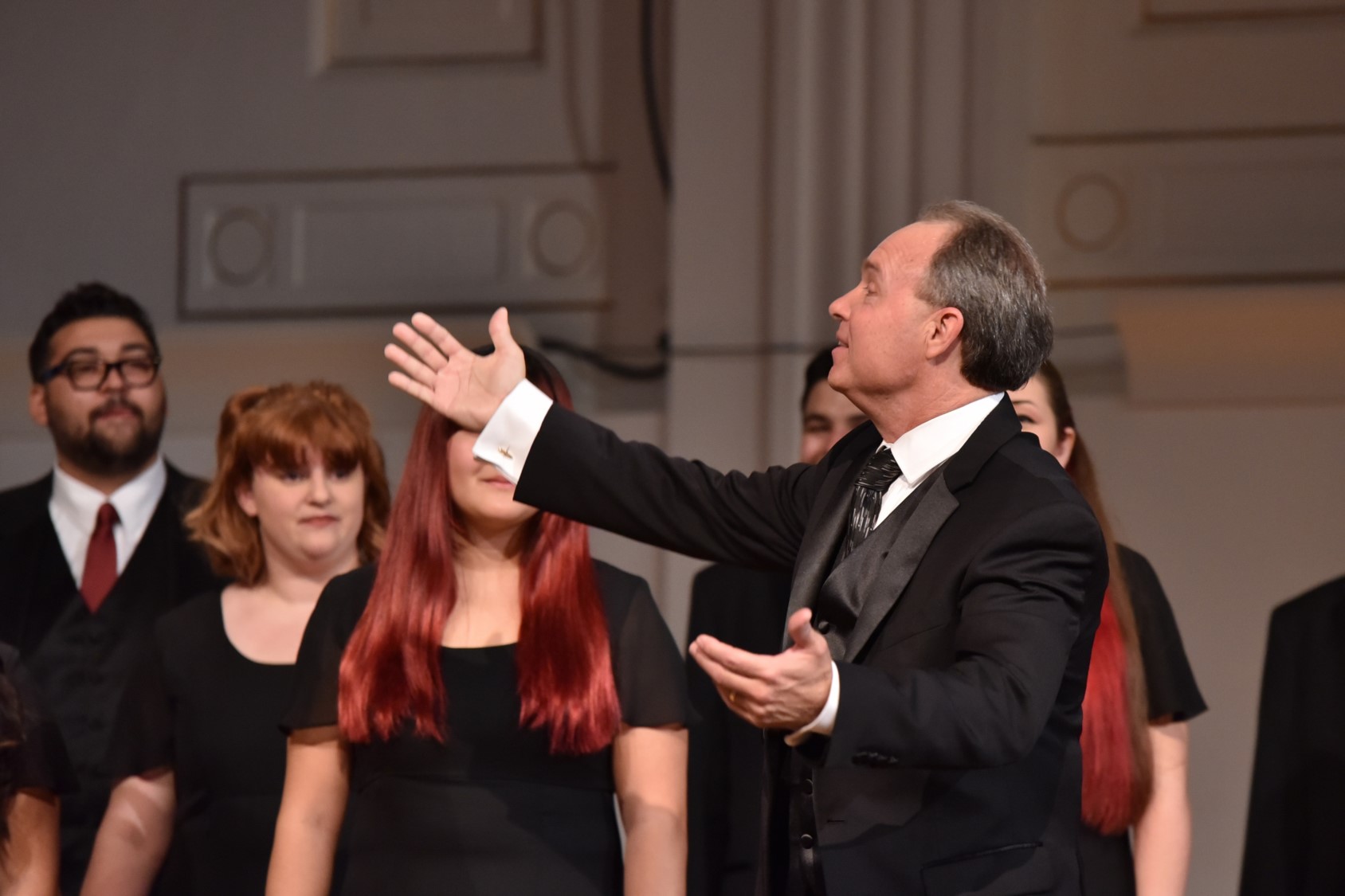 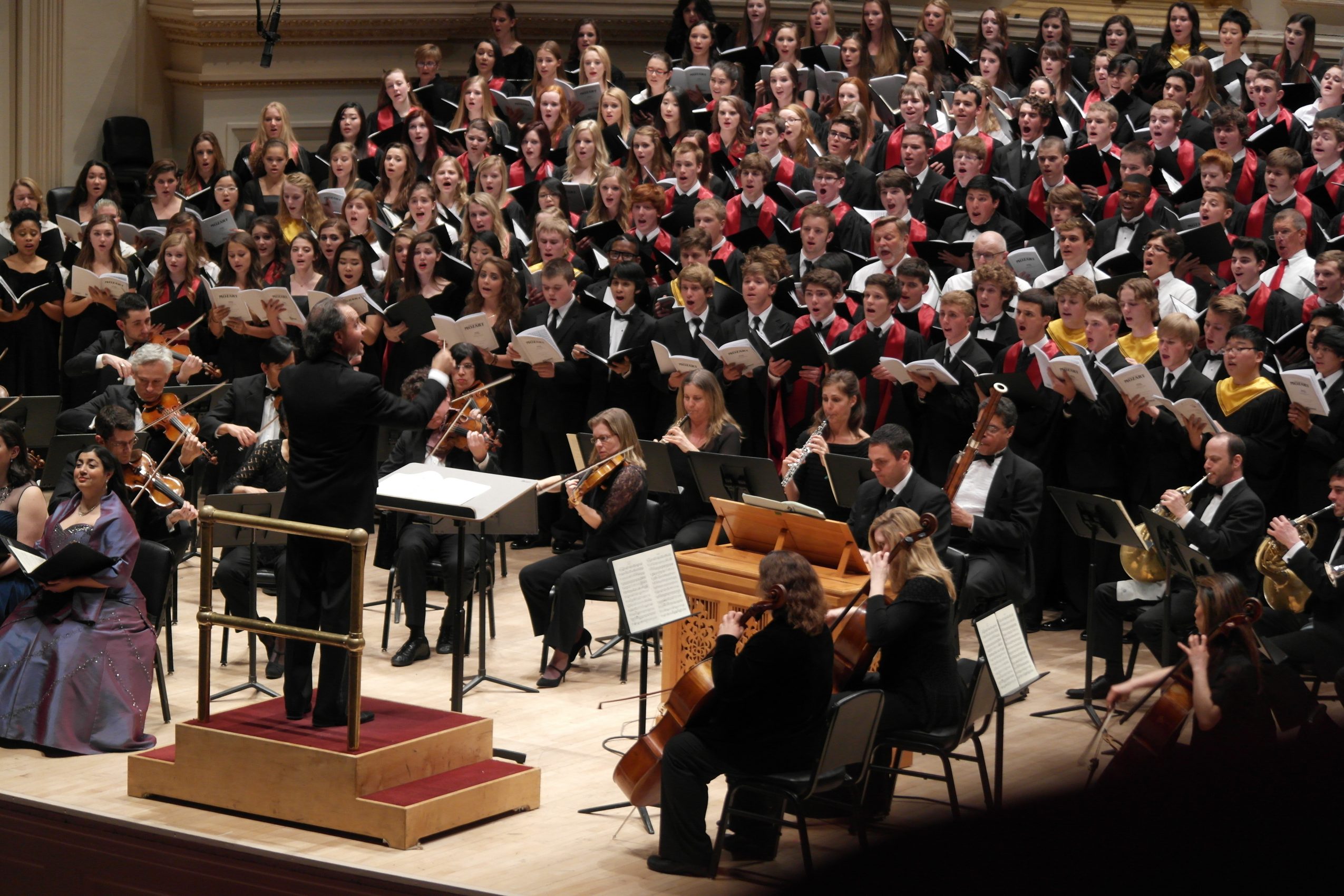