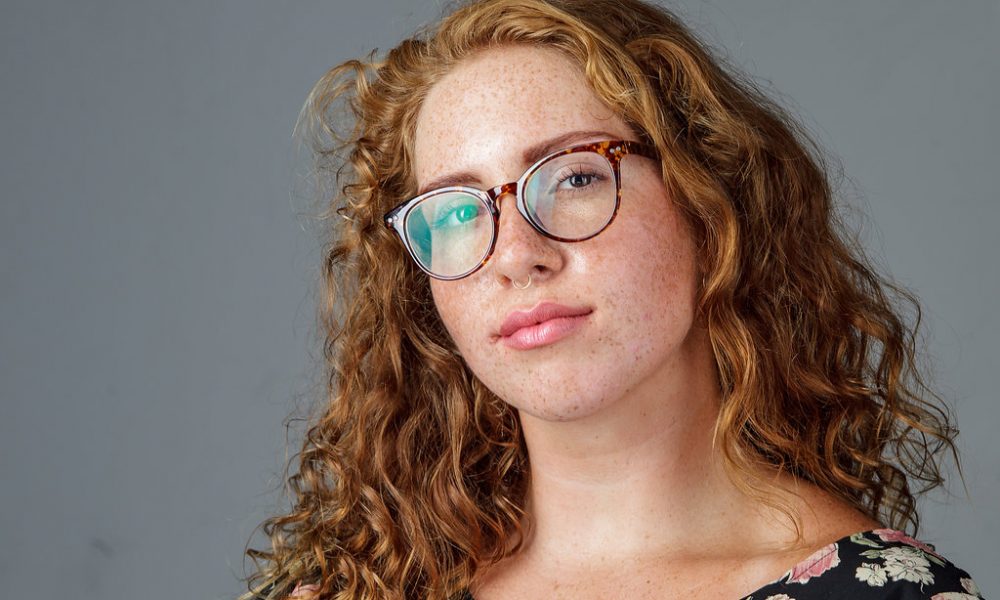 Today we’d like to introduce you to Bridgette Blank.

Bridgette, please share your story with us. How did you get to where you are today?
My whole life I’ve been a performer. Since I could walk and talk, I’ve put on shows for my family, friends, or just anyone who would listen to an attention-seeking three-year-old. One of my most proud pre-K accomplishments was a post-dinner variety act with my older brother called “The Penguin Show.” It was mostly us trying to upstage each other for 30 minutes until our parents ran out of wine. We were both little show-pigs in the best way. We just wanted to entertain.

For some reason, that still cannot be explained, my parents signed me up for… baseball…and then soccer, swim, gymnastics, and Tae Kwon Do. I briefly convinced them to let me take the ballet class next to the Tae Kwon Do studio, but nothing seemed to stick. (Side note: I actually did Tae Kwon Do for a few years because my brother and father did it, too. They both made it to Black belt, but I couldn’t make it past the Red belt level 3 — Shouts out to Lucas and Carl!). I took piano lessons from ages 4-9, but I was a child with undiagnosed anxiety; I cried every time a new piece of music was placed in front of me. Finally, when my brother and I were 7 and 9, we found a flyer about auditions for the musical “Little Orphan Annie,” and for two redheads that wouldn’t stop singing, we felt like we had found the jackpot. Our parents let us audition; we were cast (neither one of us as Annie… still bitter), and the rest is history. My dad always said that on opening night when I climbed on a desk and belted, “You’re Never Fully Dressed Without a Smile” into a stapler-microphone, he thought to himself, “Oh, THIS is what she’s supposed to be doing.”

So, I proceeded to join the cult that is Musical Theatre (MT). When I was in 7th grade, I started going to an art school in Orange County, where I majored in MT until I graduated in 2016. I was about 13 when I realized I didn’t want to do musical theatre for the rest of my life. My best friend taught me how to play a few simple chords on the ukulele, and that night, I went on Amazon and ordered a light blue ukulele for $30. Her name was “Blukulele” (clever, I know). I wrote all my first songs with her. Eventually, I wanted to learn something else, so I stole my dad’s guitar that he hadn’t played in 20 years, restrung it, and taught myself how to play. That summer, I found an artist that would change everything for me: Ed Sheeran.

I was OBSESSED. An underdog-like redhead who plays guitar and writes songs? Was I looking into a male-mirror? Ed Sheeran was a huge inspiration to me, and finding him was just the push I needed to decide that I wanted absolutely nothing else but to write and perform my music. I stayed in the musical theatre conservatory despite not wanting to pursue it like everyone else because I was given opportunities to play my own music. My sophomore year, I surprised my brother who was graduating with a song about how I was going to miss him when he moved to college. He cried….no, sobbed…the entire time! Still one of my proudest moments.

Junior year, my friend, Sam, was singing a song in class (it was “Riptide” by Vance Joy; that’s how you know it was 2014). I started harmonizing with her, and we looked at each other and both thought, “I can make this work.” We called ourselves Communal Contact and played our first gig on Valentine’s Day 2015 outside a now-closed coffee shop called Ink and Bean. We played for four hours straight with no breaks because we didn’t know we were allowed to take any; we were 16–how were we supposed to know that? Communal Contact played all over Orange County: Coffee shops, parties, for our friends in our classes. We did everything we could everywhere we were allowed. We played our last show together in November 2016. Neither of us knew it was our last. I had started school two hours away that September, and it was hard to keep going. Around January 2017, I texted her and said something along the lines of “Are we still doing this? Would you be mad if I started gigging by myself?” and I believe her exact response was “DO IT.”

I started playing on my own in September of 2017. I began at the places we used to play: The CAMP in Costa Mesa, Tustin Tiller Days, art walks, and farmer’s markets. From then until now, I’ve been gigging all around Orange County and Los Angeles. I set a goal for myself at the beginning of 2019 that I would play at least 15 gigs this year. Things were looking bleak in May when I hadn’t even started to complete that goal. I reached out to an event coordinator in charge of this thing I’d heard of called “Acoustic Brew.” It’s an open-mic type of situation where a bunch of acoustic musicians play a 30-minute set at various bars, and I was lucky enough to be booked almost every week from the end of May to the beginning of September. I was beyond ecstatic to surpass my goal and play in a total of 20 shows in 2019; my last one was on December 28. During one of my first shows in May, I promised a whole bar that I would release an album by the end of summer, something I had been meaning to do since I was 16. I spent all summer working on it, and on September 5th, my 21st birthday, I released my debut album “At Least I Tried”. It is a collection of 7 songs written from 2015-present, and it is my baby. I recorded and produced it all in my room with the exception of “You F***ed up the Lyrics” which was recorded in the Digital Recording Studio at my school. I am endlessly and unapologetically proud of myself.

This May, I’ll be graduating from the California Institute of the Arts with a Bachelor’s of Fine Art in Musical Arts with a minor in Music Theory. I have no idea what I’m doing once I graduate so if you ever see me, please don’t ask – I might start crying.

Overall, has it been relatively smooth? If not, what were some of the struggles along the way?
My struggles have always been with myself. Behind this cool, funny-girl façade, is a very not cool, very scared, very insecure child. I was riddled with self-doubt from a young age, probably stemming from growing up in theatre, knowing that I was being compared to every single other girl there. Even things I knew I was good at, I would convince myself I wasn’t. There was always someone that I thought was more talented, skinny, or pretty than I was. Music was a safe haven for me. I remember being 14 and listening to “Fix You” by Coldplay on repeat hoping that would somehow save a life that I didn’t have the energy to live.

Mental health isn’t something I’ve ever shied away from talking about. In fact, a bunch of my earlier stuff (some of which are still available on SoundCloud) was mainly about myself and my mental illnesses. In my adult life, I’ve become far more candid about my anxiety, depression, and medications. What’s the point in keeping it a secret? Everyone you come in contact with is messed up in their own way; there is absolutely no shame in it. For so many years, I kept my sadness to myself and wallowed in it. To be quite honest, it was less than two years ago that I finally sought help even though I’d felt this way since I was 13.

We’d love to hear more about your work and what you are currently focused on. What else should we know?
I have always been very unapologetically myself, and that is both a blessing and a curse. While most people think before they speak, I have absolutely no filter. Lucky for me, my inner thoughts are pretty funny, so when I blurt out something I think is embarrassing, people tend to laugh. Though this most recent album is mostly about heartbreak and self-worth, I try to keep a lighthearted tone, especially during live shows. There is nothing I love more than audience banter. Ever seen a literal child (I mean me, a 21-year-old adult) absolutely obliterate a drunk heckler at a bar? It’s annoying, but it’s fun. I’m a class clown at heart even when there isn’t a class to clown in. I have never tried to be anyone but Bridgette. It took me a very long time to learn that I wouldn’t want to be anyone but Bridgette. She rules.

What is “success” or “successful” for you?
I mean, I have my crazy goals like every other aspiring musician does: Sold out arenas, world tours, trillions of adoring fans, blah blah blah… but I’m not going to base my success on those dreams. As of right now, I feel accomplished. I released an album. I played a bunch of shows. I am taking control of my own life as best I can, but do accomplishments equal success? Maybe… but also maybe not. Those are little successes… not one, big success.

I suppose I would define a BIG success as living off of “just music.” I am so happy with working a day job and using all my free time to write, record, and perform music. But, if I could cancel out the day job and just gave literally every available ounce of energy to my music? That’s the dream. That’s the big success. 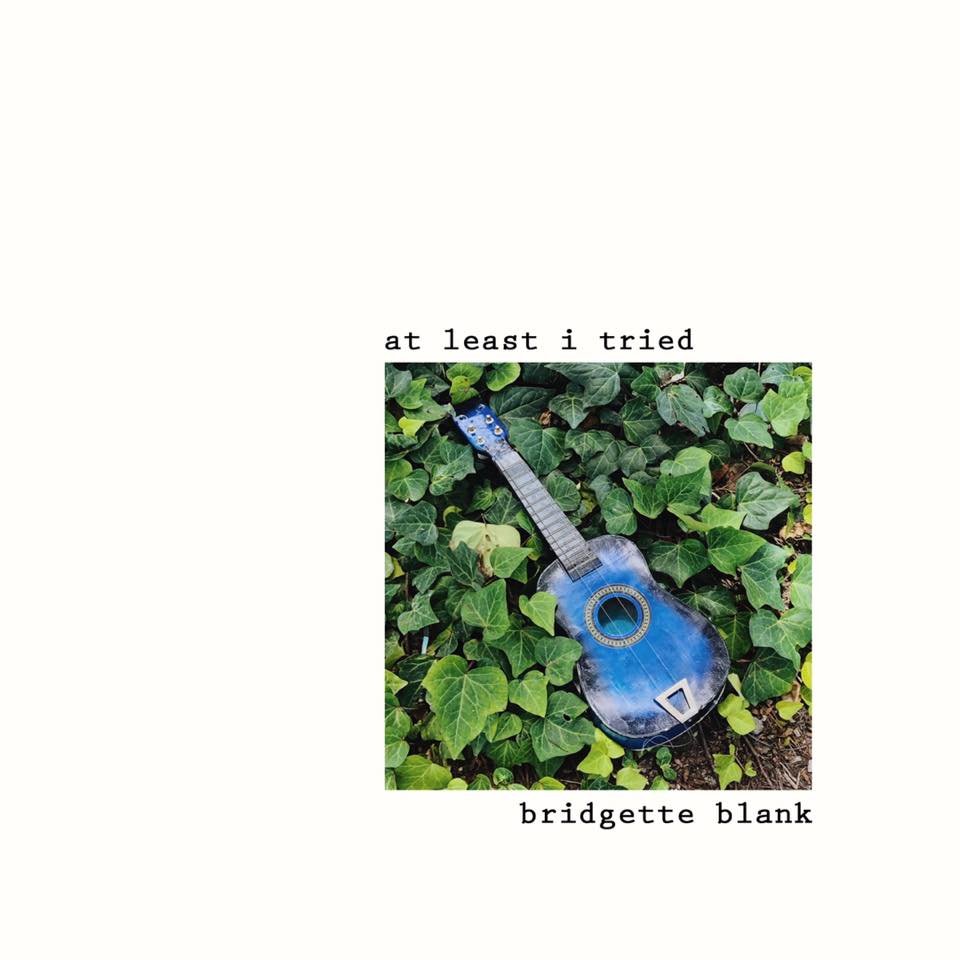 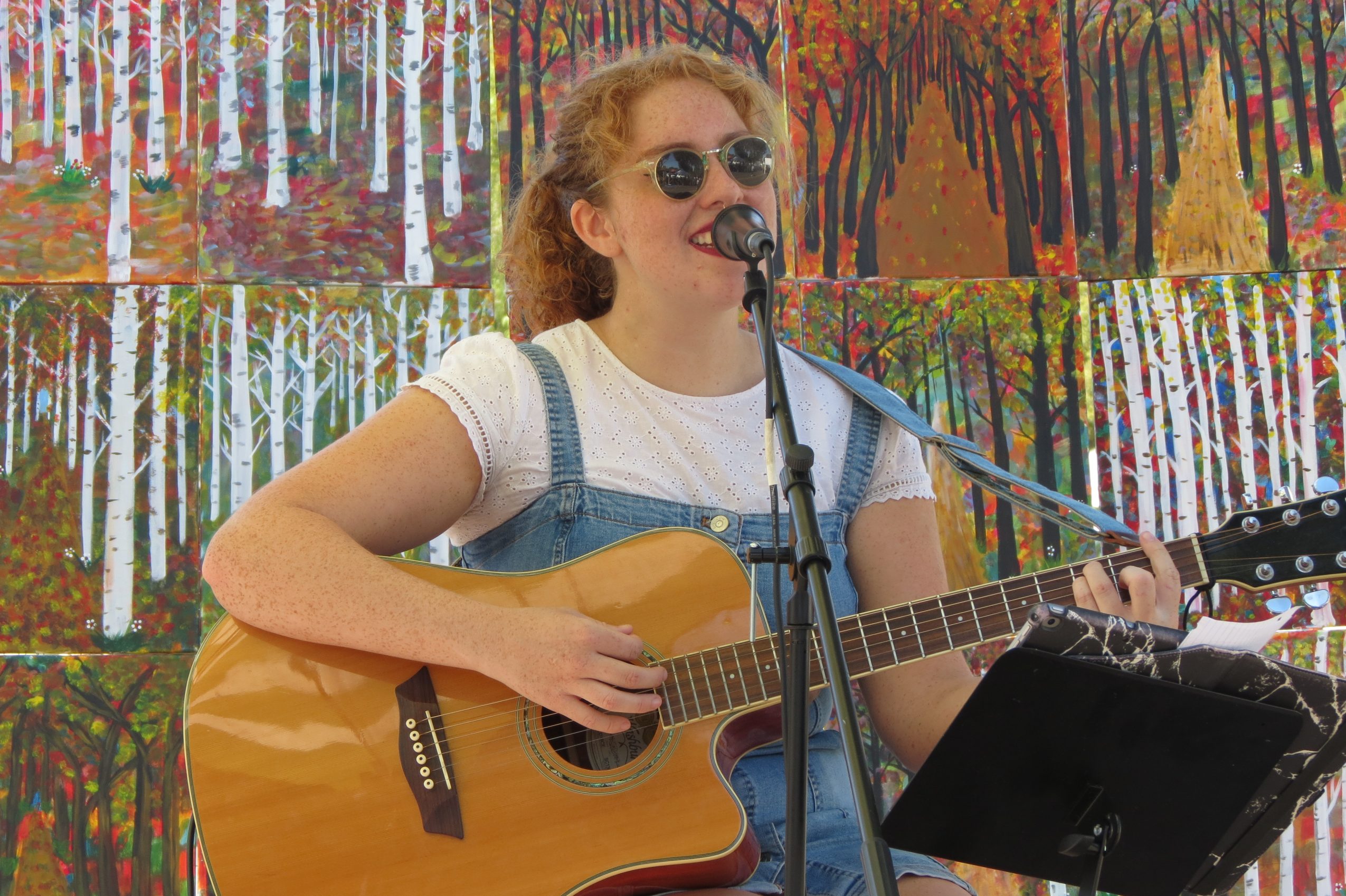 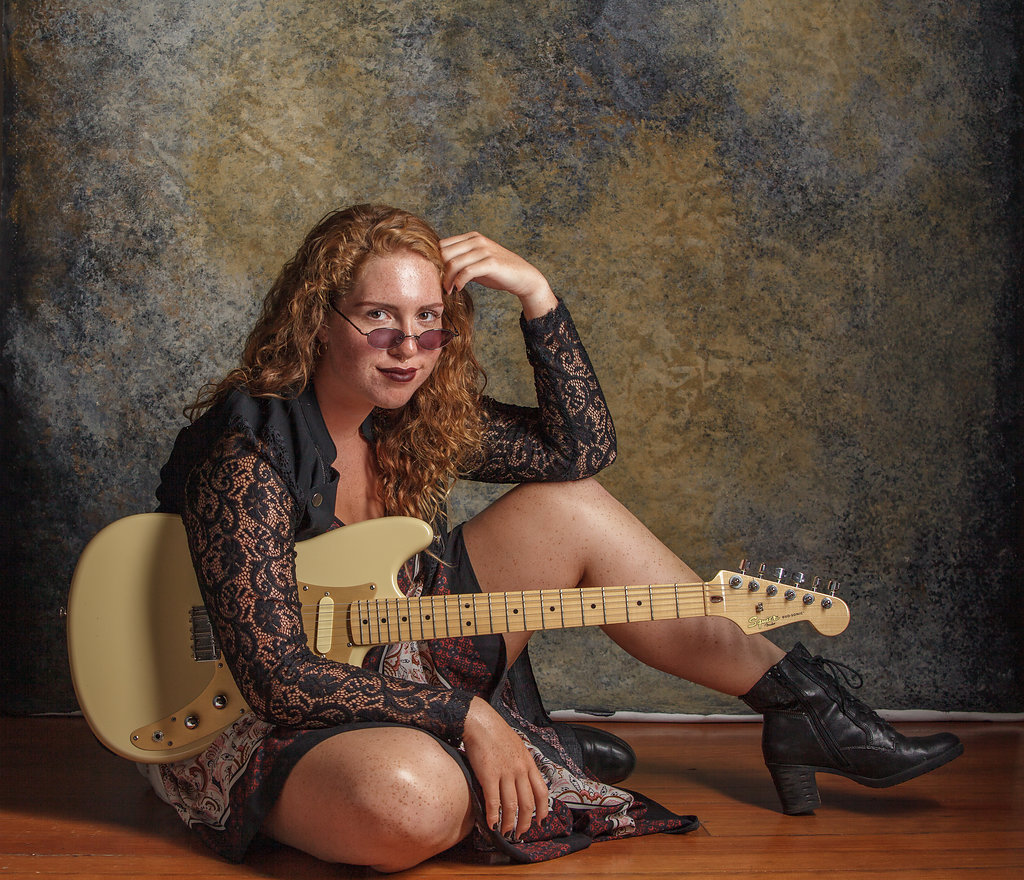 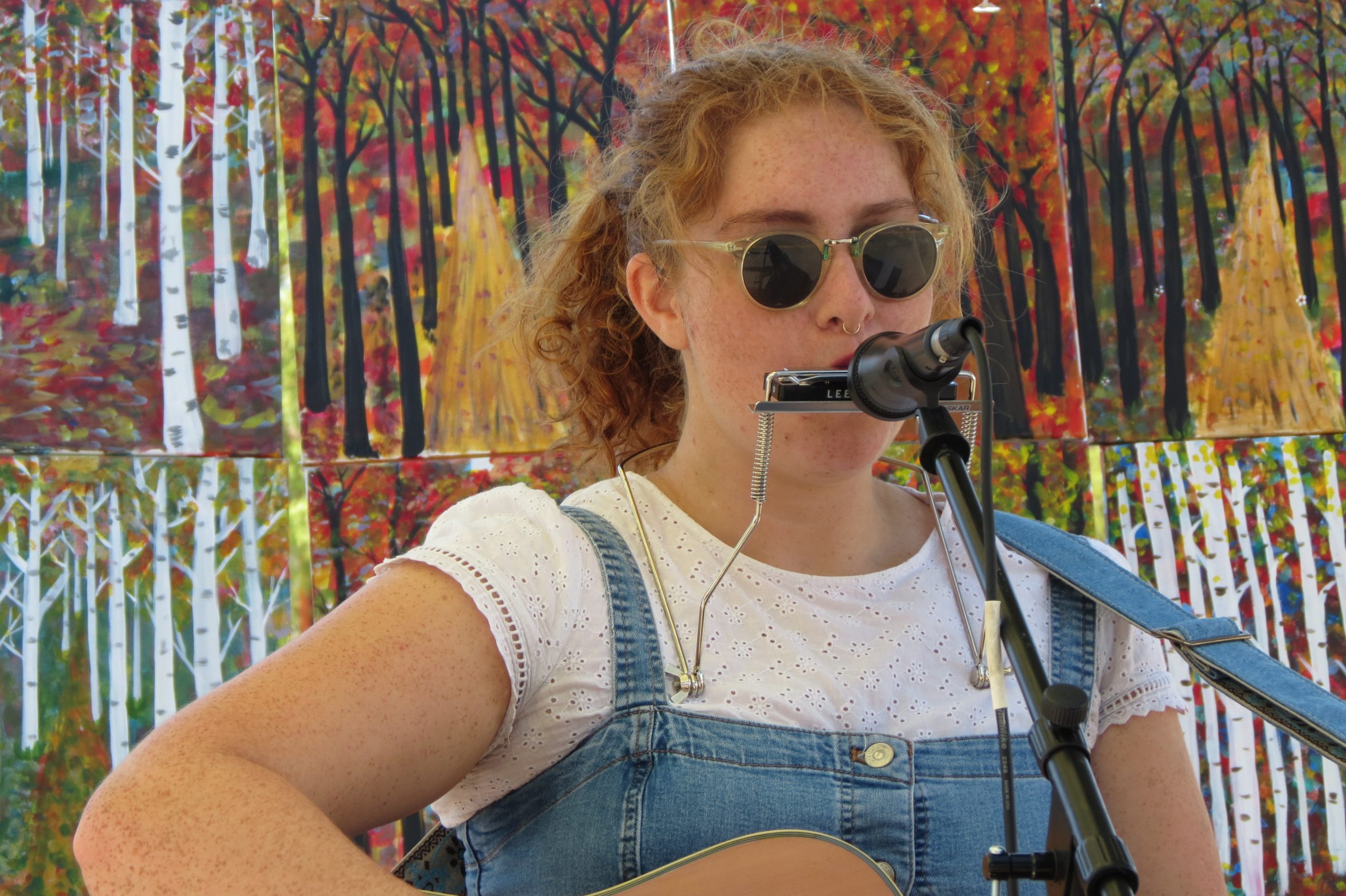 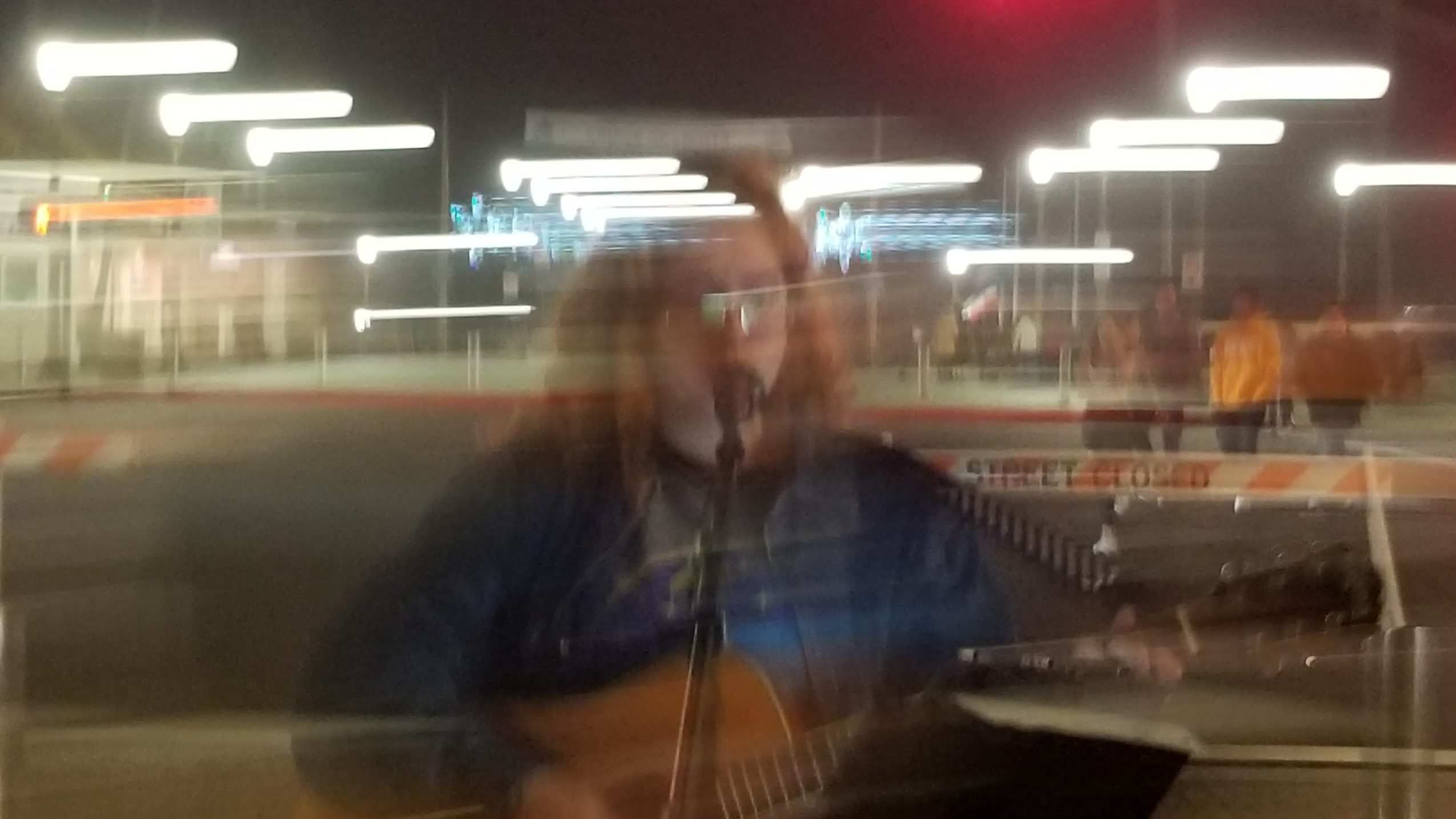 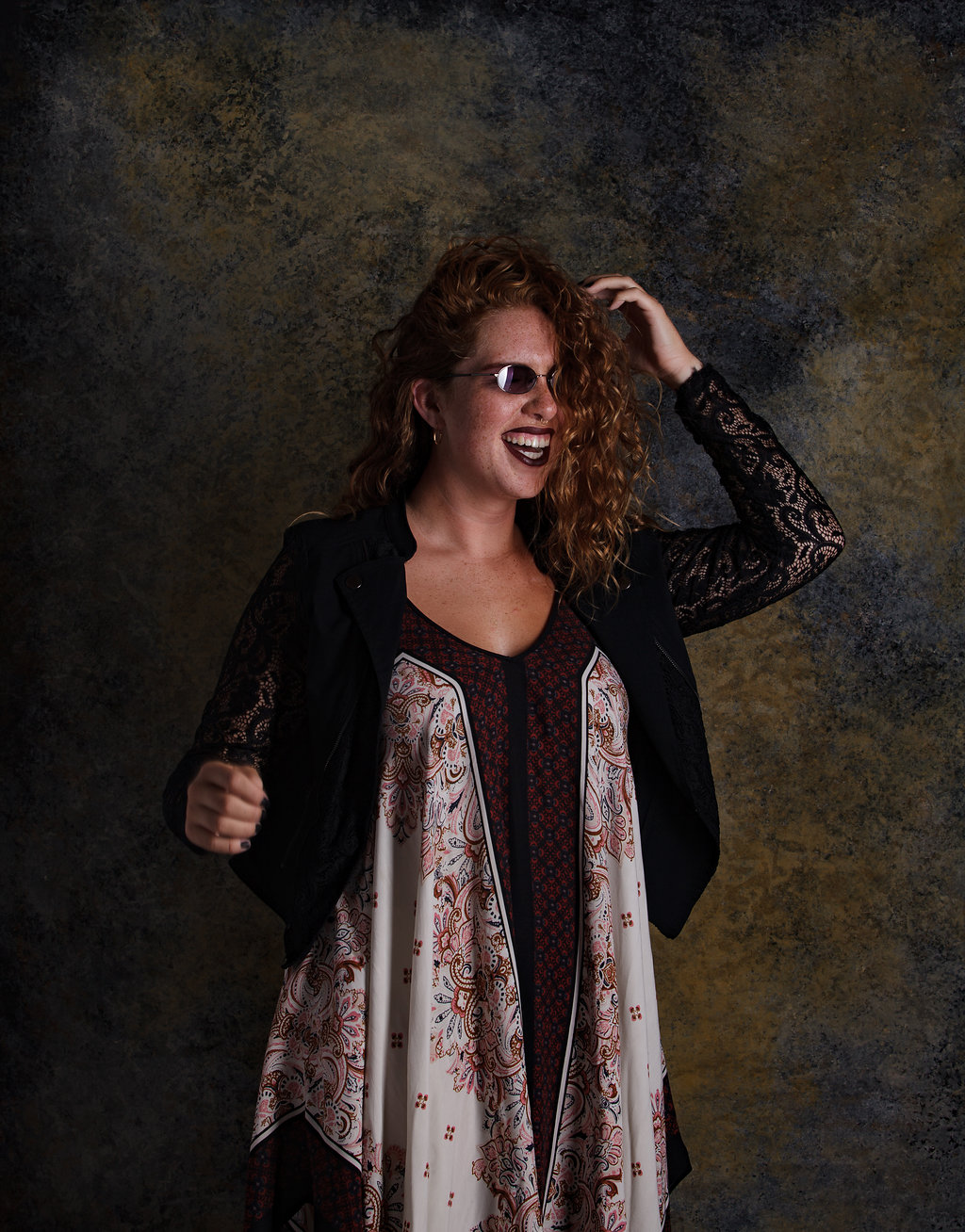