Meet Briana Morris of B Mor Productions in Hollywood

Today we’d like to introduce you to Briana Morris.

Briana Morris is an actress and content creator hailing from the Windy City of Chicago. At heart, she is the actor’s-writer-producer with a foundation in theatre that lives for the core of storytelling. She shares stories for a living to probe the discoveries of life. From acting and stepping, her love for the performing arts started at a young age, which led to one of her most memorable claims to the stage.

In 2009, she had an opportunity to perform at the legendary Regal Theatre in the play “Tell Hell I Ain’t Coming.” In 2010, she emerged on the scene as an arts manager in Washington DC at Cramton Auditorium and was established as a film producer at the Cannes International Film Festival in 2012.

In 2015, B screened the first installment of her docu-series “Attention AmeriCa: We Beg Your Pardon” in Chicago and Charlotte. In 2016, B made her Chicago Broadway debut at the Chicago Theatre in Bronzeville, the Musical. She is an alumna of the Mecca, Howard University. Her creative curiosity has taken her to the South of France, Italy, Jamaica and several cities across the United States. She spends most of her days planning how to combine her love of adventure and creativity. The rest of the time she spends bursting out randomly in lines from movies. Throughout her career, B continues to find ways to inspire and uplift wherever life takes her.

She produced and starred in the B Mor Public Service Announcement Short Film Series, where prominent issues in the health community were discussed. Over the Edge weighs in on Obsessive Compulsive Disorder; TEMP reviews sexually transmitted diseases, specifically a hoax concocted infection called Blue Waffle; GENIUS discusses mental illnesses specifically multi-personality disorders. In 2018, she relocated to Los Angeles, California to elevate her dreams, seek more opportunities and continue building the B Mor Empire. B has worked with networks like ABC, BET and HBO as a production assistant throughout Hollywood. In, 2020 B premiered her own one-woman show, WHOA MAN, directed by Tiffany Yvonne Cox in Chicago. She understands her purpose is to entertain, educate and give back to the next generation. “Earn your sleep” is her motto and this is what drives her everyday.

Great, so let’s dig a little deeper into the story – has it been an easy path overall and if not, what were the challenges you’ve had to overcome?
This road has not been easy, but to whom much is given much is required. Losing a parent while in college changes your perspective on life and career indefinitely. It pushed me to re-evaluate what truly makes me happy and to unapologetically chase after it. It also changes your ideas about loyalty and trust in relationships, business as well as personal. The ongoing questions of “who can you trust” continues to loom as I build my brand’s empire in Hollywood. In the infamous words of Biggie, “MO MONEY, MO PROBLEMS.” The more I’ve continued to advance with my production company, I’ve had to be more transparent about who is really a ride-or-die. I’ve had to swallow the idea that everyone would have a lifetime stake in my company or brand. This coming from a person who builds her life upon the simple idea of peace and trust. It’s a struggle to read motives and intentions, so I let my gut be the spirit of discernment. There have been plenty of heartbreaks and relationships lost, but even during the heartache there’s hope in rising from the ashes.

The on-going struggle of determining which opportunities are for me and which ones are not continue to take me for a loop. There are times when I’ve received some of the dopest opportunities ever but had to say no because it didn’t line up with my morals or brand. This is still something that I deal with today, but you take the “L” and move forward knowing that what’s for you is for you and if it’s great, there won’t be doubt.

In 2018, I decided to move to Los Angeles from Chicago. It was a plan I had been working on for five years and when the time came, there was never a question of doubt. My god sister and I gassed up my Dodge Dart and traveled 30,000+ (plus) miles through a snowstorm in the mountains to get to this new land I only dreamed about. Moving to a new city that I was vaguely familiar with turned out not to be the biggest hurdle. My biggest struggle came when my god-sister flew back to Chicago and I was left in an empty apartment without the physical support of the village I built. Throughout my first year, there were times when I cried myself to sleep, I didn’t want to physically get out of my air mattress and when I sat in the darkness of my room because I couldn’t afford a lamp. During one of my lowest points, I remember crying out to one of my friends who sent me money to wash my clothes, because I simply didn’t have it.

Standing face to face with despair and loneliness, I took a vow to work my butt off to make it happen or die in LA trying. Since moving, my work ethic and faith has opened up doors unimaginable. The struggle ain’t over, but at least I’ve graduated to a new chapter of challenges. As I progress, I continue to keep God first because with a new level comes a new devil.

B Mor Productions – what should we know? What do you do best? What sets you apart from the competition?
B Mor Productions is an artist-driven American entertainment company dedicated to developing and producing unparalleled narratives through theatrical, independent, new media, music, television and film projects across all digital platforms. To date, B has produced and starred in three films, under her company: Over the Edge, TEMP, and GENIUS, which she also wrote. Her directing credits include: Green Grass and Attention AmeriCa: We Beg Your Pardon. A documentary about how Chicago became the poster child for violence. In her own words, “You can’t provide a solution in 50 minutes to an issue that has been plaguing a society for over 100 years. That’s impossible. What I hope this film does is inspire dialogue and action.” B kicked off the new decade by writing, producing and starring in her own one-woman show, WHOA MAN, directed by Tiffany Yvonne Cox. The show premiered in Chicago apart of the Rhinofest. This is the first solo performance produced under B Mor Productions. Born in 2015, the company lives by the motto, “Don’t be ordinary, BE MORE!” Find more about WHOA MAN at www.whoamanshow.com.

Life is all about how you hustle, live and love. B shares how she is doing all three through her production company on her website. As a company, we are most proud of B Mor’s Bookshelf, the Let Her B vlog and B Mor’s Playhouse. As the daughter of a published author, Briana was surrounded by literature and history growing up on the south side of Chicago. However, her fire for reading didn’t ignite until later in her adult life. B Mor’s Bookshelf has contributed to that spark and passion. The bookshelf is where B shares her review on the latest book craves and publications that are moving the culture forward. Let Her B vlog is a video blog where Briana interviews some of Hollywood’s hottest entertainers. Some of her guests have included Jason Weaver, Janice Dickinson, Vanessa Bell Calloway, Tom Sizemore, Andre Reed, and Justin Chambers, just to name a few. Even with all business, what would life be without a little play? B Mor’s Playhouse is an artist-driven performing arts program focusing on theatrical productions and development of thee artist. The playhouse is dedicated to developing and producing unparalleled narratives through performance projects across all platforms and providing survival tools to educate artists of the next generation. To date, Briana has directed countless of youth-produced shows, including Disney’s The Lion King Jr. and Metcalfe’s The Wiz. More information can be found on B’s website at www.iambmor.com.

What sets up apart is how we choose to operate. The MOR brand isn’t just a company, it’s a lifestyle. “Earn Your Sleep” is our maxim. “Don’t Be Ordinary, Be MORE” is our motto and it’s what drives us everyday.

What moment in your career do you look back most fondly on?
The proudest moment of my career has been producing, writing and starring in my own one-woman show called WHOA MAN, directed by Tiffany Yvonne Cox. It has been one of the most rewarding times as well as one of the most difficult. The start of this journey dates back about 10-15 years ago when my mom was researching the lineage of our family. She was never able to complete her quest in finding out. So when Howard University offered the opportunity for me to trace back my roots through African Ancestry during my Senior Year, I jumped at the opportunity. Once I found out that I derived from the Bamilike Tribe of Cameroon, I was beyond words and knew I wanted to explore this new part of me that I never knew existed. Years passed and I kept wondering about how Cameroonian women spoke, walked and interacted. So much so, that I created this fictional character in my head better referred to as my Cameroonian grandmother. Then the big WHAT IF question popped in my head. What if this was a show? The creative in me wanted to explore this idea further. God gave me the idea to create a one woman show, not just about this character living in my head, but about all of the women in my life. Just like that BOOM, the playground was open. So I created a show to pay homage to this burning desire to want to know.

In the one woman show, WHOA MAN, Briana Morris dreads turning 30 and celebrating her milestone birthday, so she turns to the women in her family to help resolve this quarter life crisis. From her queen pin cousin’s thoughts on power to her estranged aunt Bonnie’s story on escaping prison to the introduction of Breyonce Fierce, Morris tells this story through unconventional characters who march to the beat of their own hightops and stiletto pumps. She reminisces on growing up in America’s City, the great Chicago circa 1997 and losing her mom at a young age. Childbirth, revenge and sex are just the beginning topics of Briana’s family gathering. In this solo performance, Morris learns the ultimate truth about getting older… Birthdays are a BITCH!

I’m grateful to have had the opportunity to premiere the show in my hometown. I’m also looking forward to taking WHOA MAN on tour and hitting up places like Cameroon and Cuba. 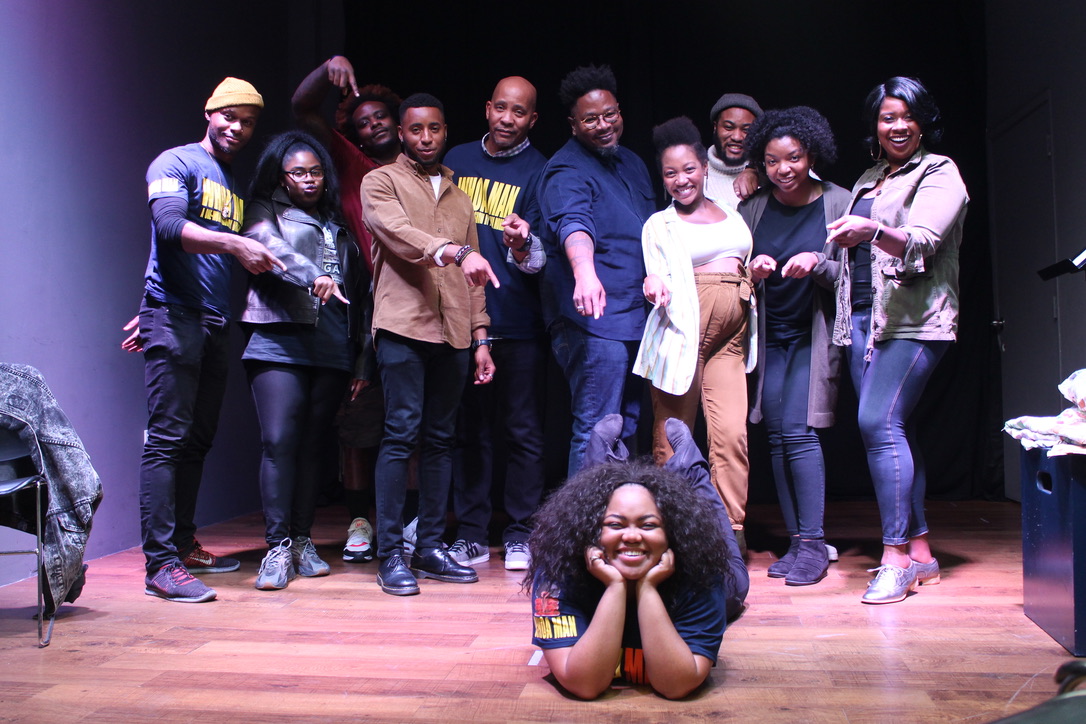 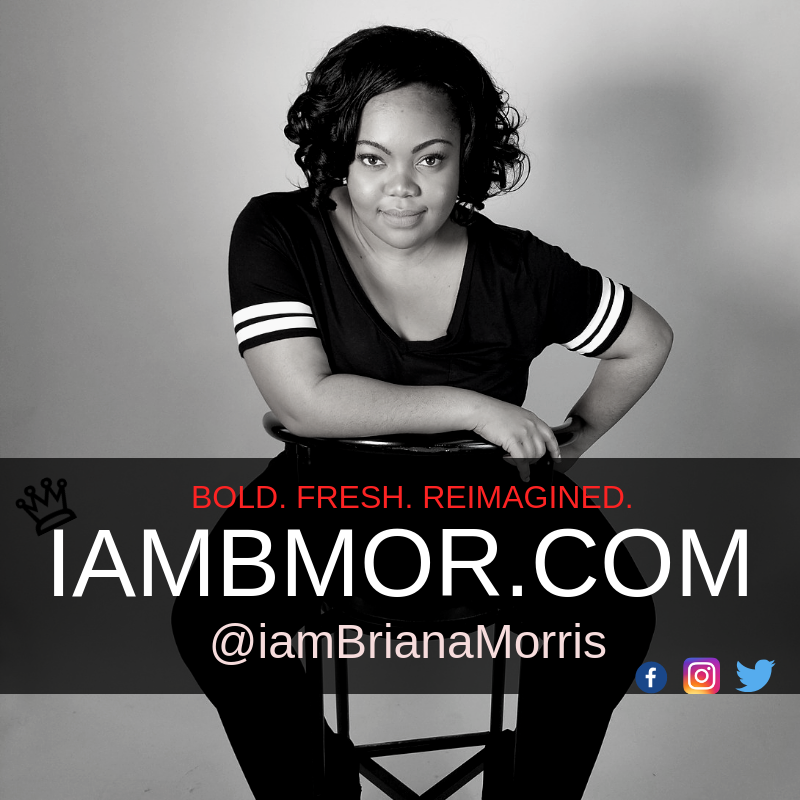 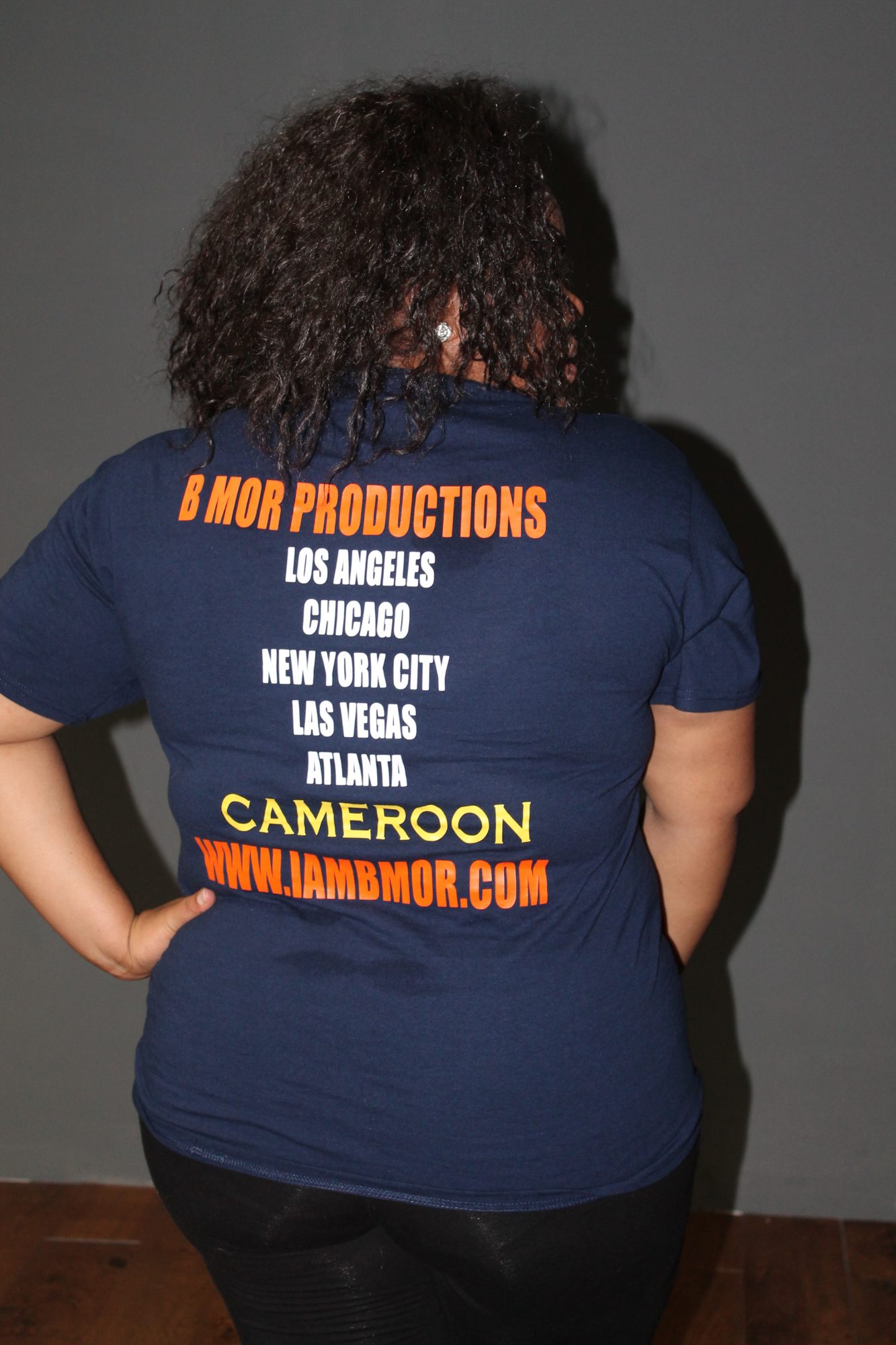 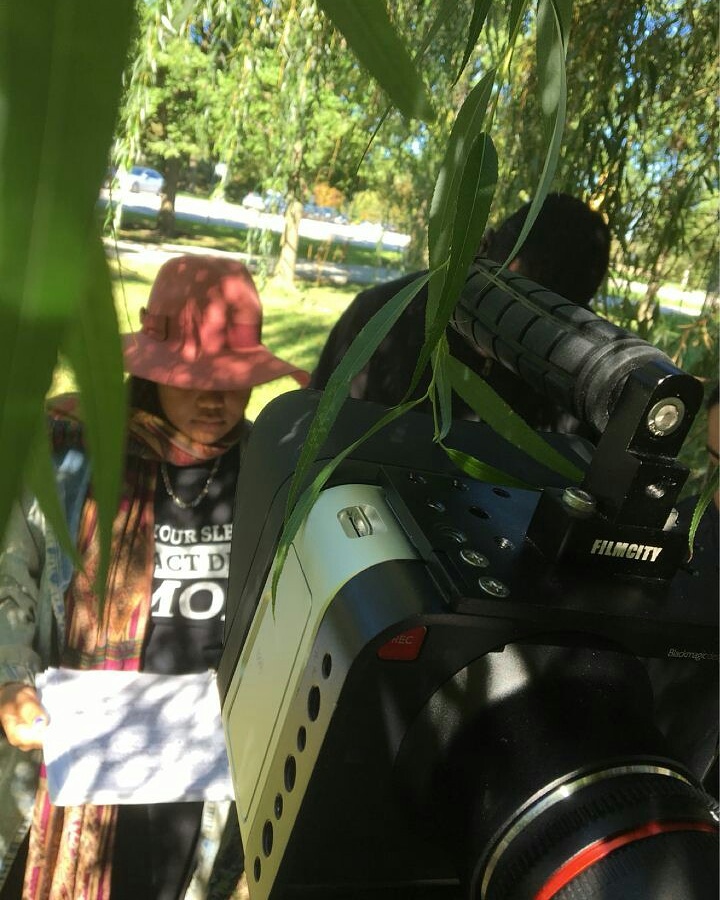 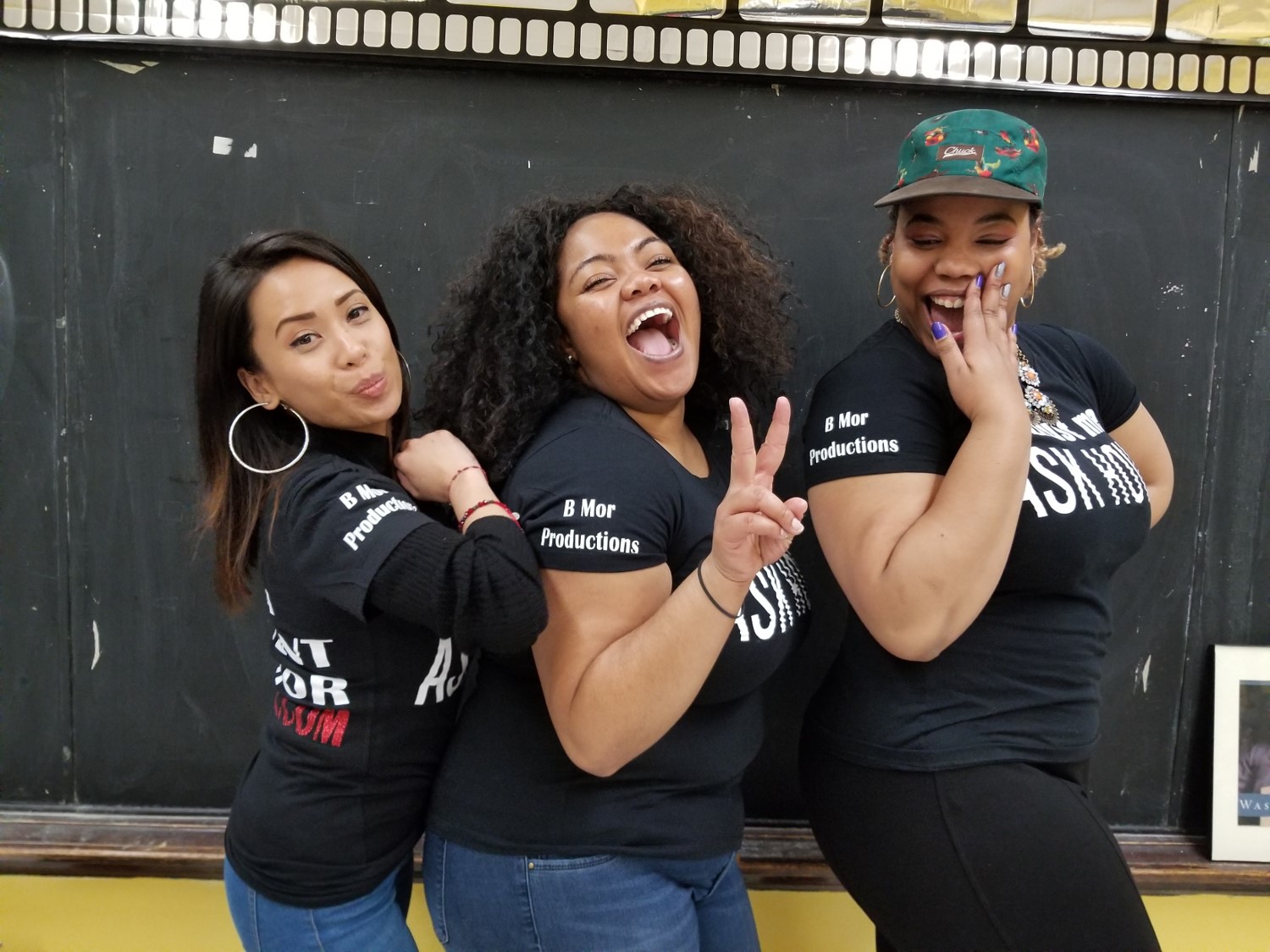 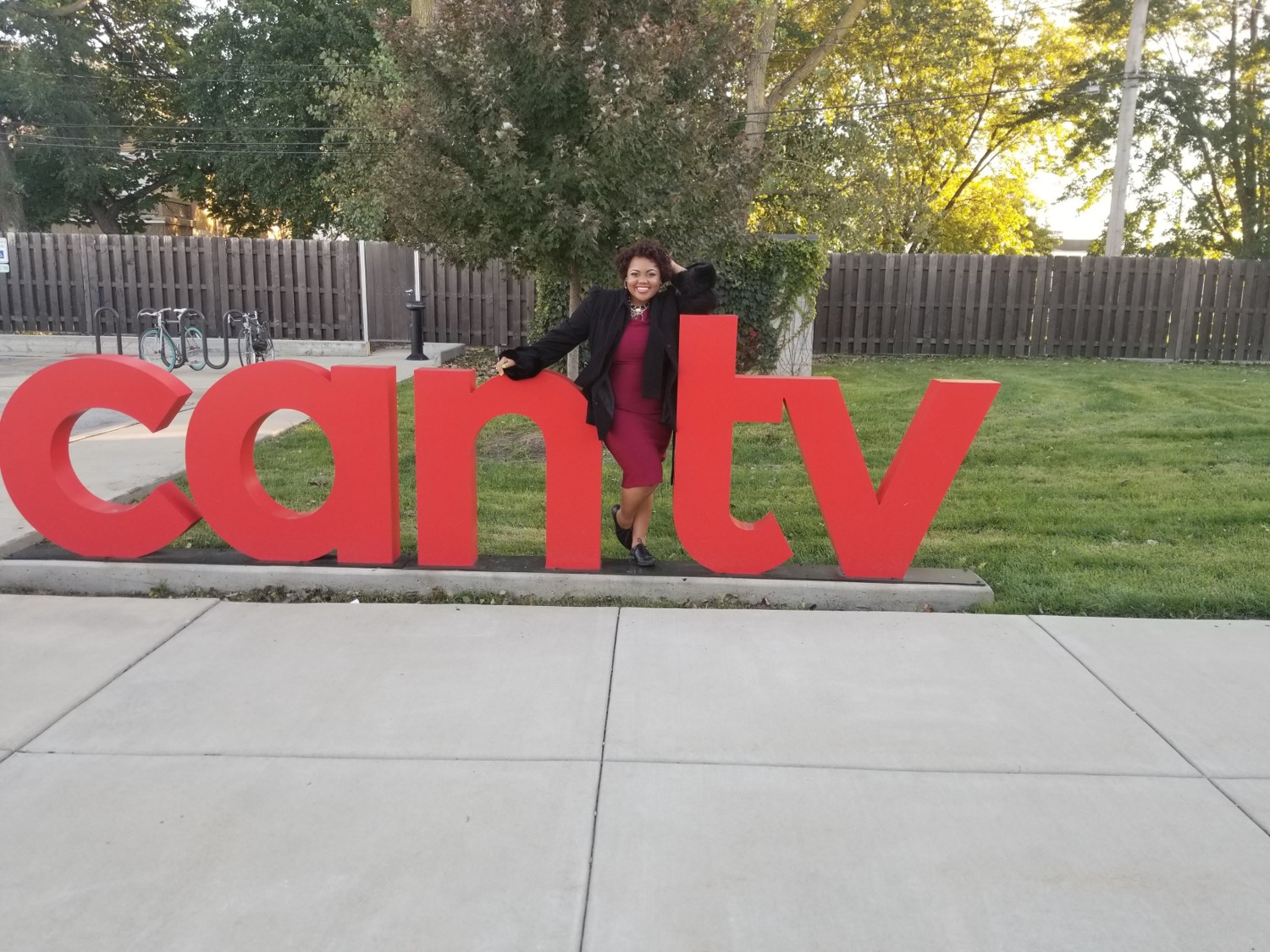 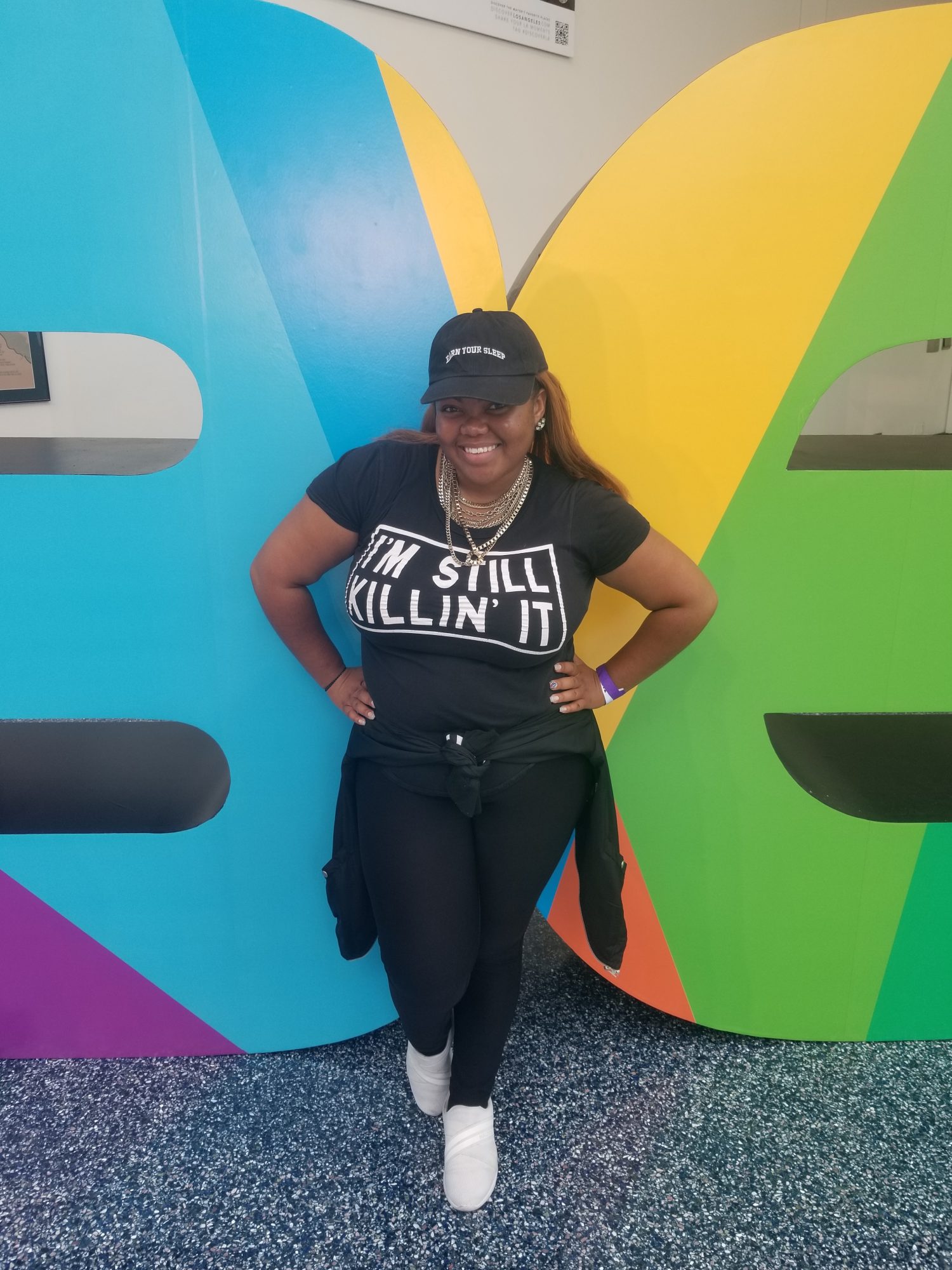 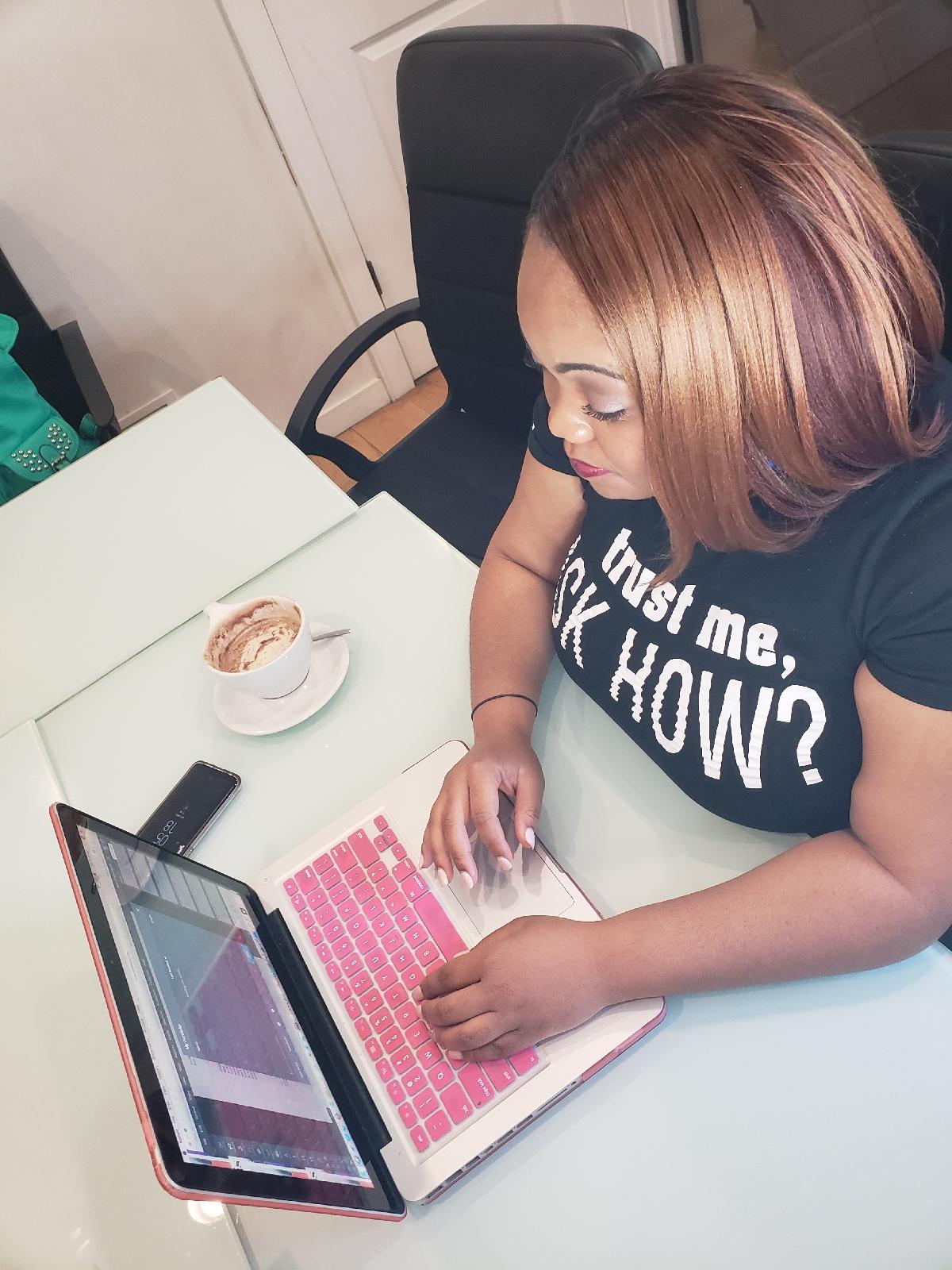 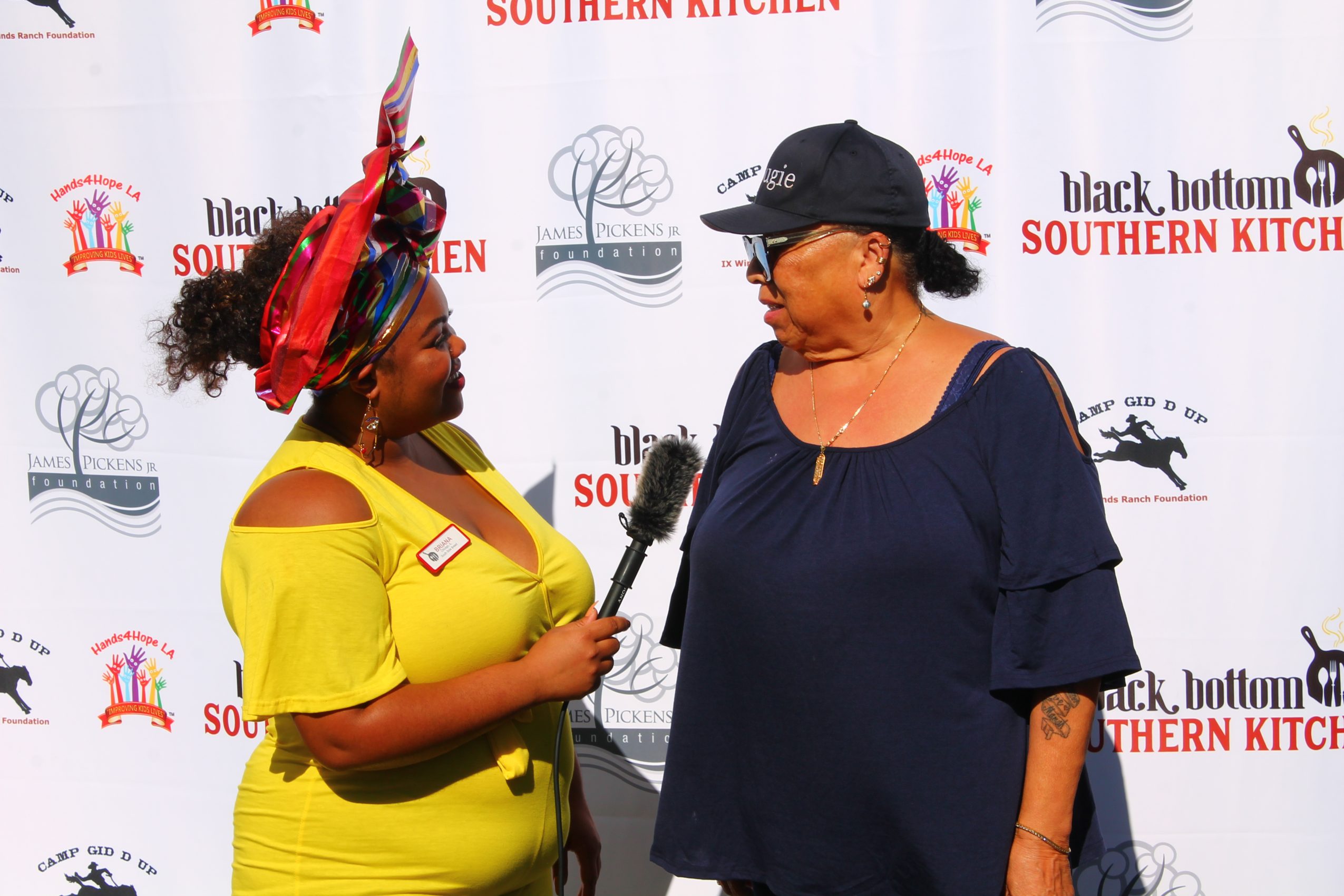 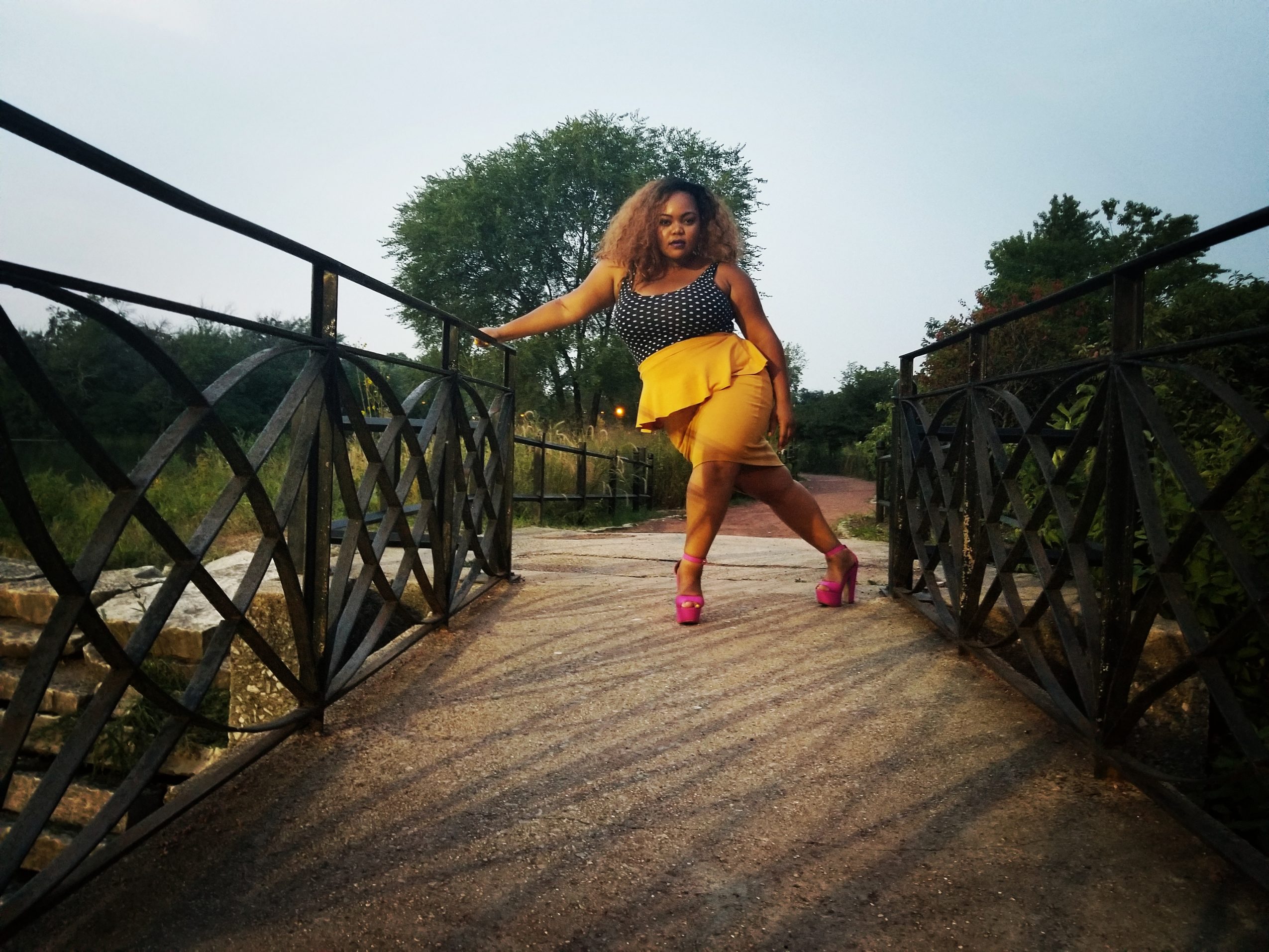 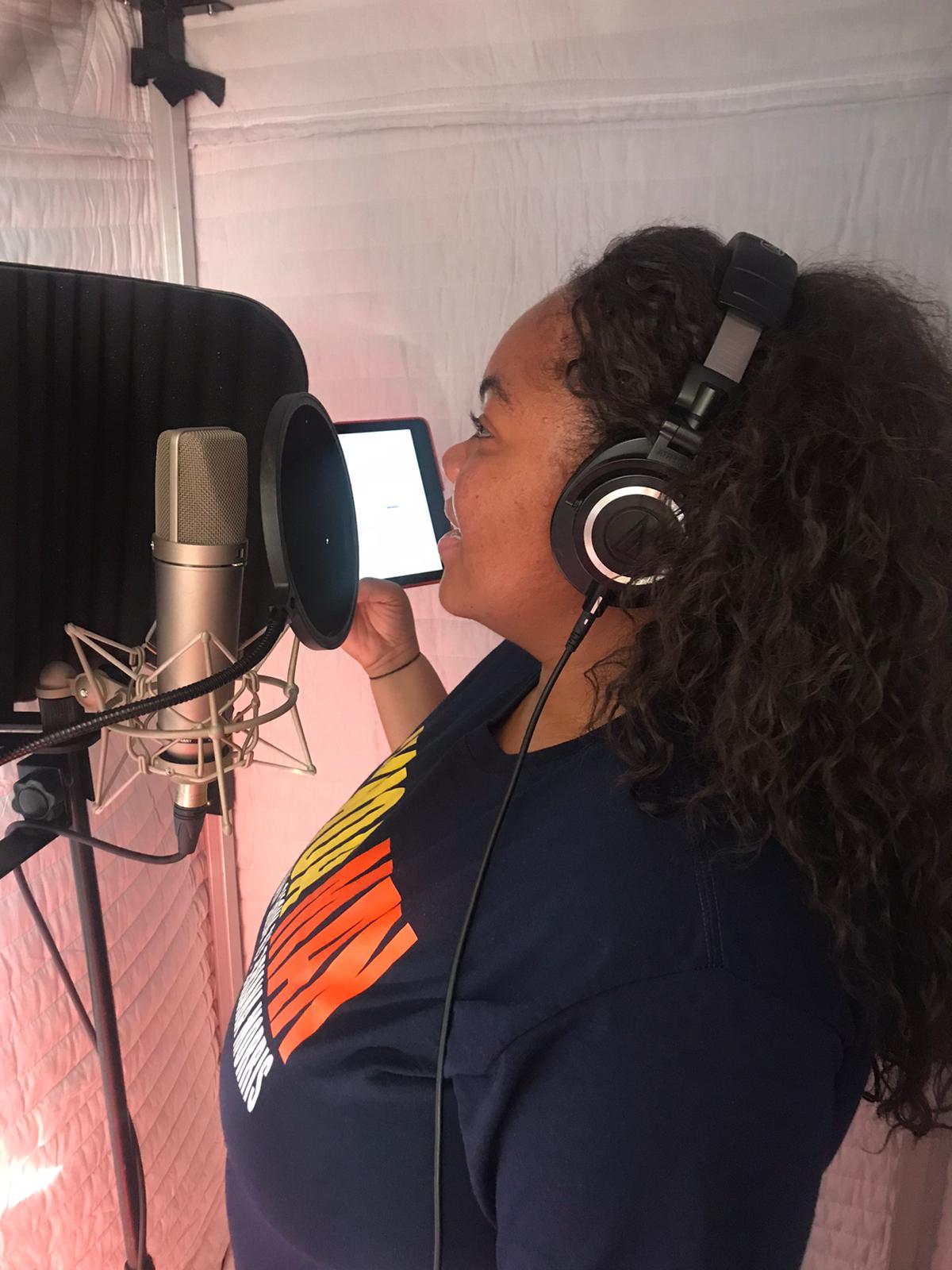 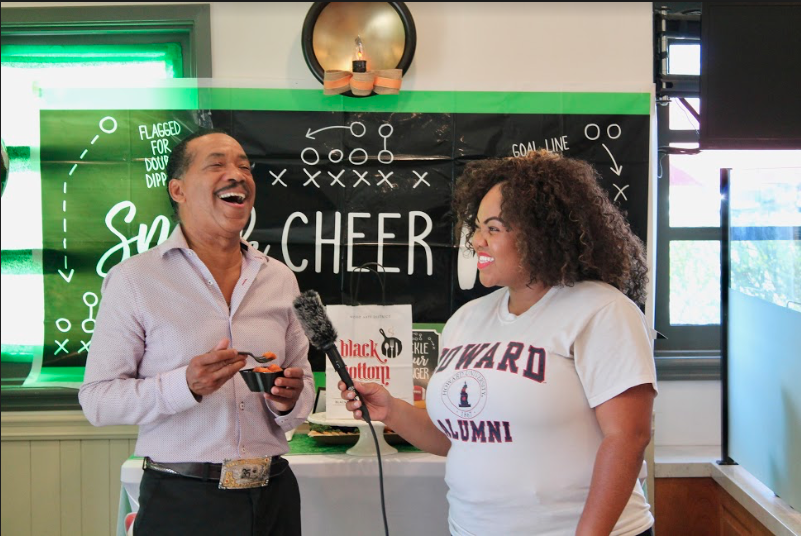 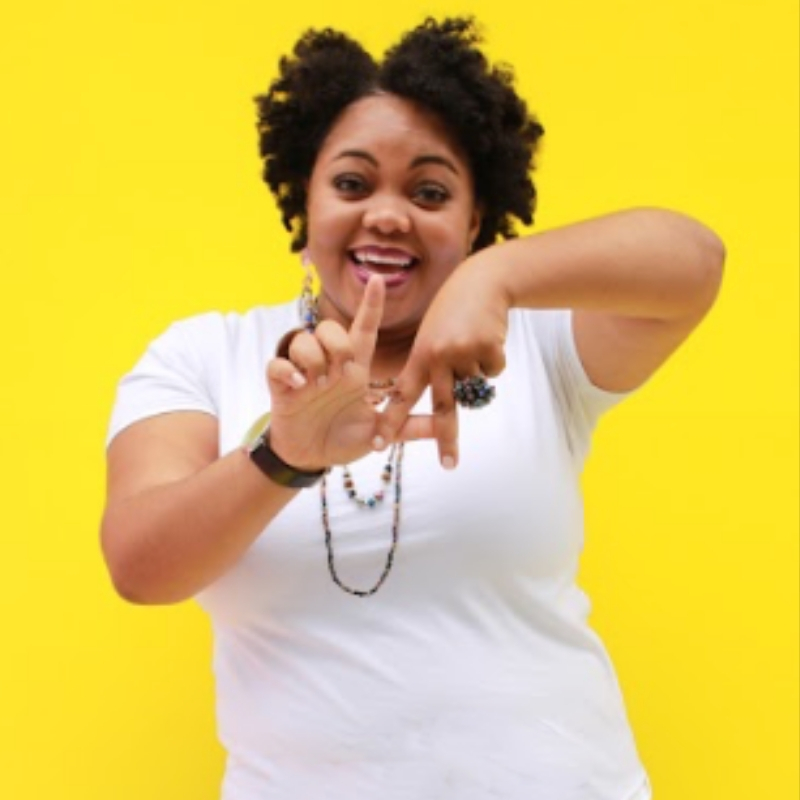 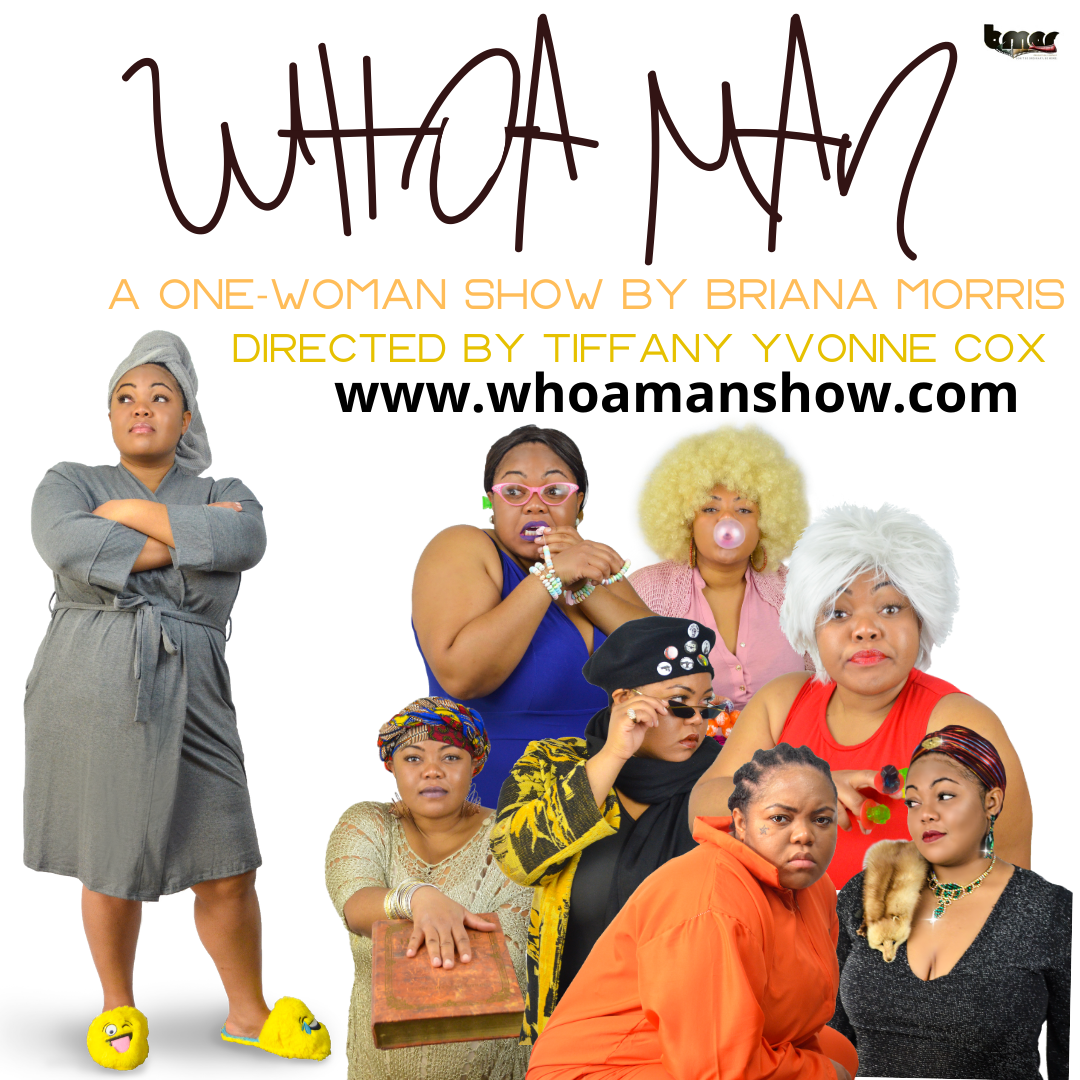