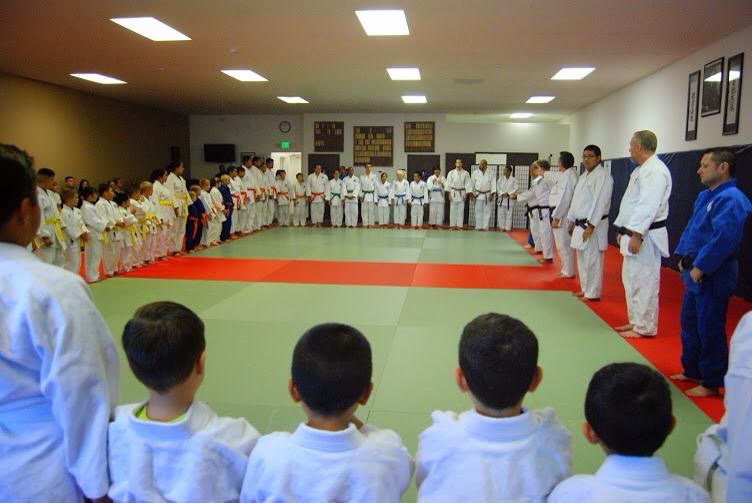 Today we’d like to introduce you to Brian Money.

The Riverside Youth Judo Club officially began in June 2012. Several instructors at the UC Riverside Judo Dojo saw a need for “Youth judo” classes. UC Riverside only allows adults so we began looking for ways to include a kids’ class.

In June 2012, we started our first classes at the Riverside YMCA. We converted a small racquetball court into the “dojo” (school or classroom). We started off with 6 students. We reached out to the local high schools and by December 2013 our club had about 50 students. We created the “Village” program (it takes a village to raise a child), acquiring funds to help pay for the uniforms and supplies for several at-risk students. We also included several Developmentally Disabled students into our class. Unfortunately, in January 2013, the Riverside YMCA unexpectedly went bankrupt.

We arrived for class one day and the entire building was locked down. We lost thousands of dollars’ worth of equipment that the bankruptcy would not let us recover.

Chief Sergio Diaz and the City of Riverside stepped in to help us keep our youth club. We were allowed to use an existing facility at our Magnolia Police Station. The room is used for police defensive tactics training during the day. The Riverside Youth Judo club uses the room on weekends and evenings for its classes. The location is safe and secure and much larger than the room we had at the YMCA.

The Riverside Youth Judo Club has grown over the past several years to over 210 active registered members. This makes us one of the top 3 largest judo clubs in the US! We completely sponsor over 60% of our students. We have over 50 students with Developmental Disabilities such as Autism Spectrum Disorder, Downs Syndrome, Cerebral Palsy, Intellectual Disability, Tuberous Sclerosis, and CHARGE Syndrome.

The Riverside Youth Judo Club also includes many at-risk kids who have been referred to us by the Juvenile Courts. The club allows these students to serve their community service hours while learning discipline and humility through Judo. It is important to note that Judo is a “defensive” martial art that does not include punching or kicking. The idea is to “control” your opponent without serious injury.

We also host an “All Womens” Judo Tournament. The tournament is called “Fight for the Cure” and is a Charity event to help raise money for Breast and Ovarian Cancer relief. Our tournament last year in October 2016 raised $5,000 for The Pink Ribbon Place which is a charitable breast cancer program with the Riverside Community Health Foundation. We our hosting the 2017 “Fight for the Cure” Breast Cancer Tournament on October 1st this year and hope to raise over $7,000!

There are many other wonderful things our club is able to do including participating in community events. We do Backpack giveaways every year.

Has it been a smooth road?
1) We lost our original club location and all our equipment in a January 2013 when the Riverside YMCA went bankrupt.

2) Our club has grown so much, so quickly that we’ve had to add many more volunteer instructors and admin staff. We have 15 certified black belt instructors – all who donate their time.

We are 100% inclusive. We never turn a student away because of physical or financial limitations.

We provide more scholarship monies for judo students than almost all universities (with judo programs).

How do you think the industry will change over the next decade?
We would like to add classes and programs for Senior Citizens.