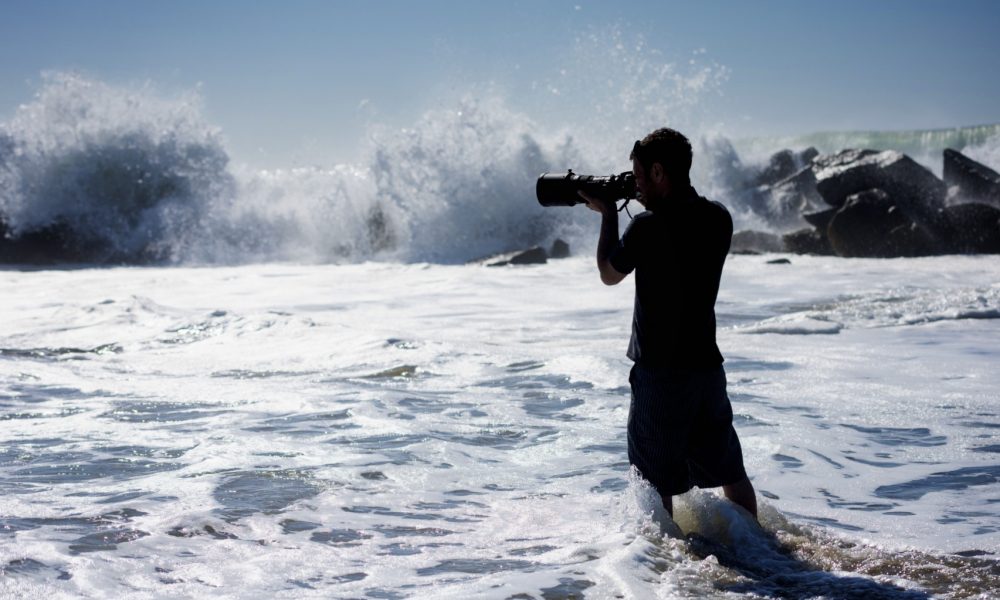 Today we’d like to introduce you to Brian Averill.

So, before we jump into specific questions about the business, why don’t you give us some details about you and your story.
When I was 8, when my mom gave me her old Kodak Instamatic and I began a series of ridiculously elaborate shots of my Star Wars figures. Pretty sure my folks thought I had a screw loose. A decade after shooting Chewbacca dangling from dental floss over Darth and his stormtroopers, I wound up in the only place in America where this behavior is considered normal. Film school. One of my shorts was well received at festivals and I found myself directing second units (sunsets and cars) for B-movie king Roger Corman.

Later on, I got lucky and directed two features. Both won big awards at small film festivals. All seemed to be going eerily well, but as I continued to wade through the Hollywood development swamp, suddenly trying to attach lesser Baldwins to lesser projects, I realized just how much I missed that simple act of looking through the viewfinder, releasing the shutter, and grabbing a moment. I switched trains and never looked back.

Overall, has it been relatively smooth? If not, what were some of the struggles along the way?
Like I said, I spent a few years in the ol’ Hollywood development swamp, scraping through on screenplay options and small gigs, but I wasn’t really shooting anything I felt passionate about. I was still taking photos for fun the entire time and then one day it just sorta dawned on me how much I’ve truly loved shooting stills over the years and decided to make a jump. Can’t say I was totally prepared for that jump either. Like any new business, the road started off a little bumpy. I’d shoot friend’s bands, family portraits, and weddings for next to nothing until I started to build up a decent portfolio. It definitely took a little longer than I’d expected, but eventually the better gigs started to happen.

Please tell us about Brian Averill Photography.
I’m a photographer. Like most of us these days, I shoot a little bit of everything, from fashion to sports and even the occasional pet portrait (believe it or not, my current favorite thing to shoot!) I love meeting people, putting them at ease, and figuring out an interesting, unique way to make them look great. I’m very proud of my work and care deeply about each and every frame I shoot. I don’t just want my clients to feel satisfied, I want them to be ecstatic about the photos. Nothing makes me happier after a day of shooting then showing my clients a few previews and watching their jaws drop.

If you had to go back in time and start over, would you have done anything differently?
Hired a web designer. My first site was a train wreck. 🙂