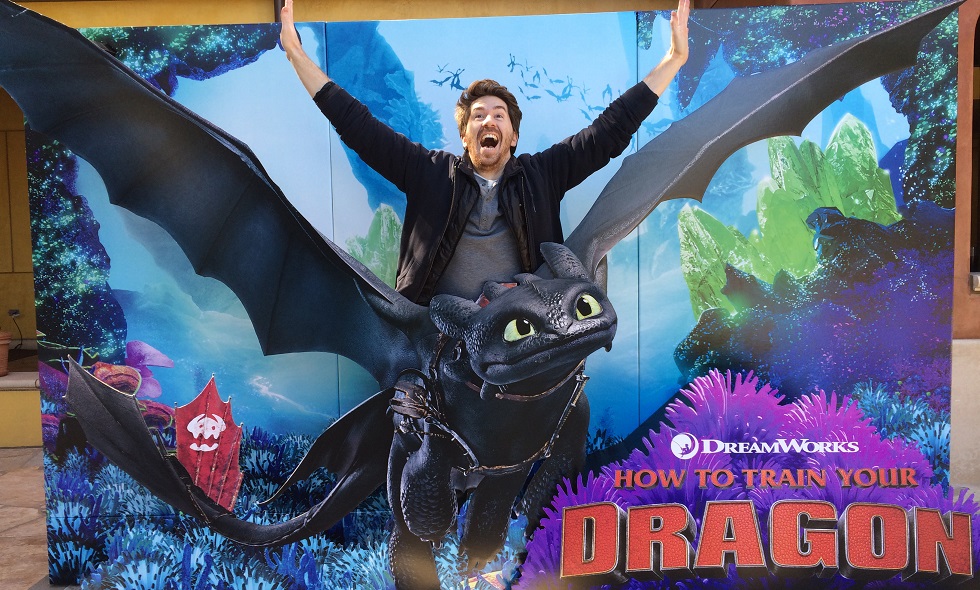 Today we’d like to introduce you to Bertrand Todesco.

Thanks for sharing your story with us Bertrand. So, let’s start at the beginning and we can move on from there.
I was born in the early 80s in the countryside of France, in a tiny village of the southeast called Fourques. I have been drawing since… as far as I can remember! I got interested in storytelling very young too, as I was playing with G.I.Joe action figures for hours, creating sets with blankets, playmobils and legos, or creating houses with shoe boxes and furniture with ice cream sticks or clothespins. I was even reproducing my favorite French-Belgian comic book covers in tiny miniatures for my GIJoes to read! The 80s and 90s were great decades for kids’ imagination with great adventure movies like Indiana Jones, The Goonies or E.T. And there were the cartoons. I was 10-ish when the TMNT hit the screen and I was crazy about it, skateboarding in the streets, willing to be a ninja too. In France at the same time, we also discovered the Japanese animation! Dragon Ball, Saint Seiya, Captain Tsubasa and City Hunter are some of my favorites. I kept drawing and drawing, inspired by French-Belgian, American and Japanese art and culture.

In 2000, I joined the world-famous CG animation school Supinfocom. Luckily, a new branch had just opened in the neighboring city, Arles. Graduate four years later, I moved to Paris to work at CUBE Creative as a 3D modeler and character designer for full-CG commercials. I drew some storyboards as well and eventually, I became Art Director then Director, with my former classmate Franck Balson (now also in LA, as Creative Director of BLUR Studio). Later on, I was recruited by Stephane Berry (Creator of the global hit “Totally Spies!”) to work for Marathon Media and create the main characters of my first animated TV series, “Gormiti”, based on the European toy phenomenon. I continued my career in animation as a visual development artist and lead character designer, creating the main characters of several shows including “Basketeers, Tony Parker”, “Bapt&Gael and the Adventures of the Cosmic Ball”, “MarbleGen” and the magical girl series “LoliRock”, available on Netflix. I also developed many projects for different studios, and some of them should be out this year!

Since my childhood, I always have been attracted and inspired by the American culture and dreamed to live and work in the US. Several of my best friends, former classmates and colleagues moved in LA. I finally turned my dream in a project in 2017, as I contacted literally everyone in the business, via social media like Linkedin or Instagram, to share my portfolio. This is how I got my first gig with an American animation studio: I became a character designer on “Glitch Techs” for Nickelodeon (available on Netflix) as a freelancer, still from my tiny apartment in Paris, France. Then I developed the main characters for “Cleopatra In Space” for Dreamworks (available on the new streaming platform Peacock TV) based on the comic book by Mike Maihack. Eventually, Dreamworks petitioned my O-1 visa and I finally moved in Los Angeles in February 2018! Dream: check!

Has it been a smooth road?
I feel pretty lucky with my career path. One of my brother’s friends told me that Supinfocom will open in Arles. One of the jury members of the final exam (an animated short film) hired me at CUBE Creative. One of my colleagues invited people from Marathon Media for a potential collaboration and they met me. A fax message went out of the photocopier while I was doing some copies, and it was announcing that Tony Parker was going to make an animated TV series. As a basketball fan, I contacted the producers and got the job, and so on… Of course, those are opportunities, and you need a lot of work and passion to pass Supinfocom entrance exam, then graduate, get your first job and climb the ranks in the studio. Also, you need to be a good person in addition to be a good artist so the producers keep calling you to give you new projects.

The only opportunity I feel I entirely created in the one that led me to the US. I contacted everyone, but I couldn’t have made it without awesome people who trusted me like Joaquim Dos Santos (Executive Producer on “Voltron” for Netflix) and my Art Director on “Cleopatra In Space” Angela Mueller. The only struggle in my road I would highlight is the visa situation. As a foreigner, you have to be petitioned by a studio to be able to work and live in the US. When your job ends, you have 60 days to find a new position or leave, which is the most stressful thing I ever lived in my life! Because you are not leaving a job, you’re leaving your life, you know. You have an apartment, furniture, a car, friends, a significant other and life plans. You don’t want to change continent!

Please tell us more about your art.
I am mostly a character designer and a visual development artist. I create characters for animation. I imagine the shapes and colors of the characters based on the descriptions I read in a script or in the bible, which is the document where the author(s) wrote everything about the show. Depending the chosen animation technique, you won’t draw the same way your turn-arounds (a page with all the views of one character), and you can or can’t draw certain things. For example, if the show is in CG, you can use textures for the clothes, but if it is animated traditionally in 2D, you can’t use textures and you have to be more minimalist and avoid unnecessary details. Also, depending the audience’s age, you would have to draw something very cute with giant eyes, or something more realistic, or very cartoony… This is what I love about being a character designer: drawing different styles, changing, evolving, and finding the perfect style with your Show Runner, Art Director and Executives. This collaborative work is very interesting. And then, the storyboard artists and animators are working with your characters, a comedian gives them a voice and eventually you can see your character alive! How exciting!

Is our city a good place to do what you do?
The entertainment industry is in Los Angeles. There is no doubt about it. Animation is no exception. If you want to work in animation, you gotta be here. All the major American studios (except Pixar and Laika) are based in LA. They are all concentrated in the Burbank / Glendale area. I live in Sawtelle though. So I am close to the fancy Japanese restaurants, and not very far from the beach, but quite far for the job area. This is not super cool for the commute but I can admire the most beautiful and colorful sunsets when I’m driving back home! Of course, we are now living in a pandemic so no more commute. I feel very blessed working in the animation industry, where everybody can work from home, with a good computer, a cintiq (often loaned by the studios) and an internet connection. We experienced almost no changes in schedules and amount of productions. I finished a second show for Dreamworks in July. This is the cutest show for toddlers, in CG, and it is not announced yet, so keep posted! I just started a new position at Titmouse on a very ambitious show, with super talented artists! This is going to be amazing! 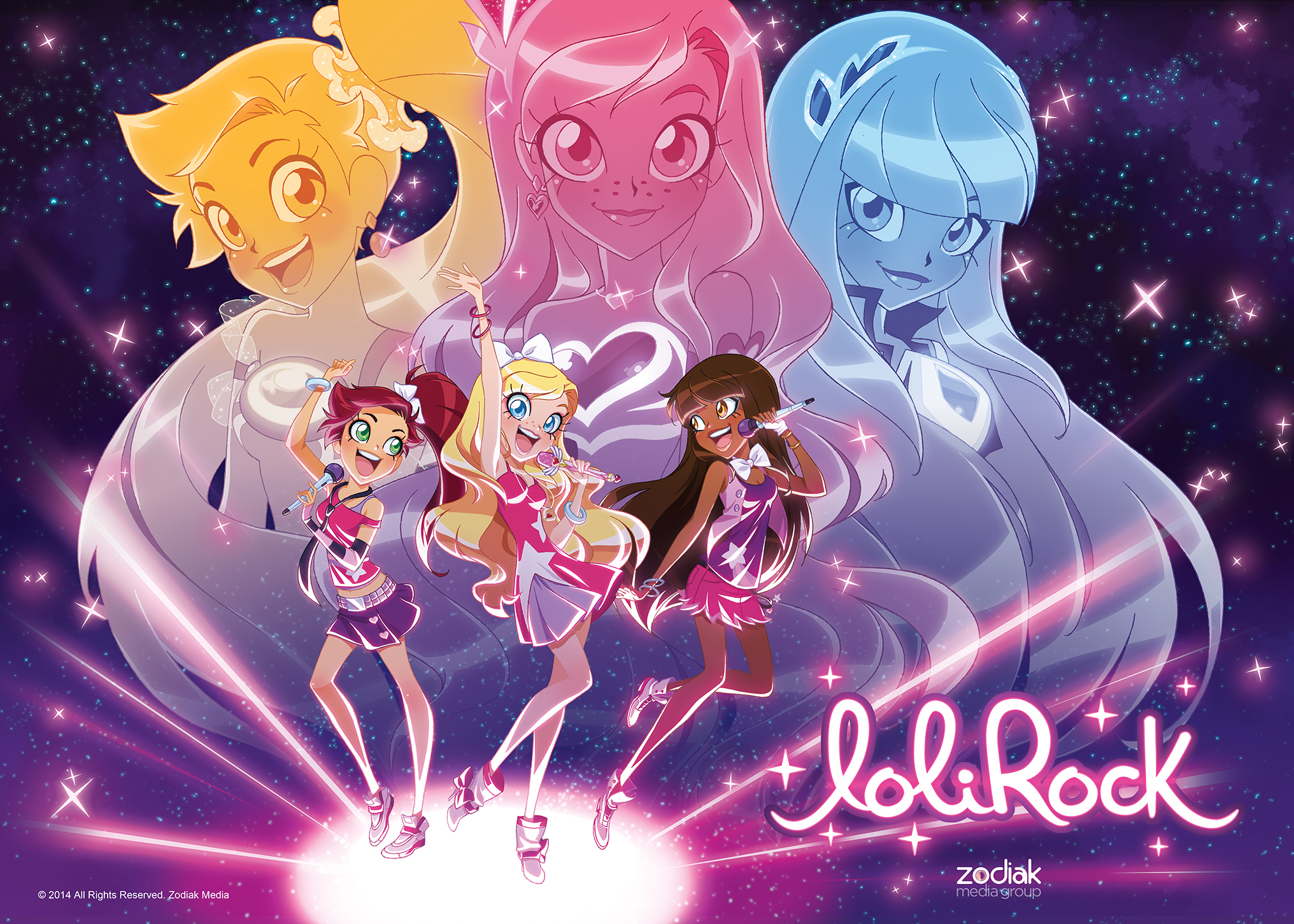 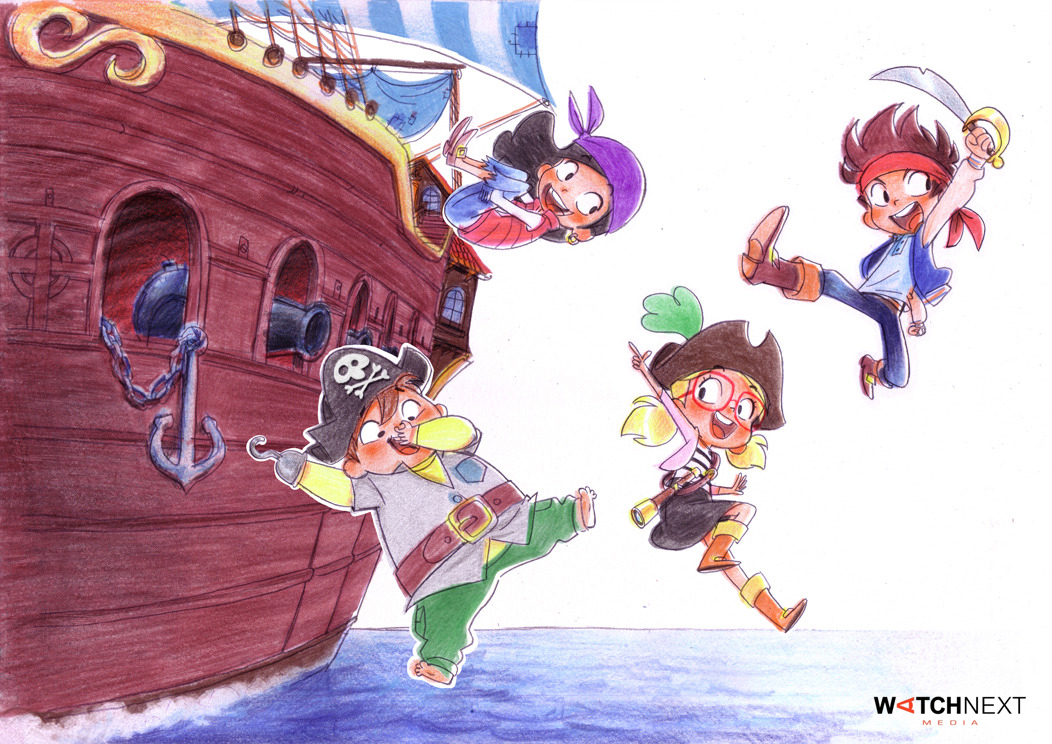 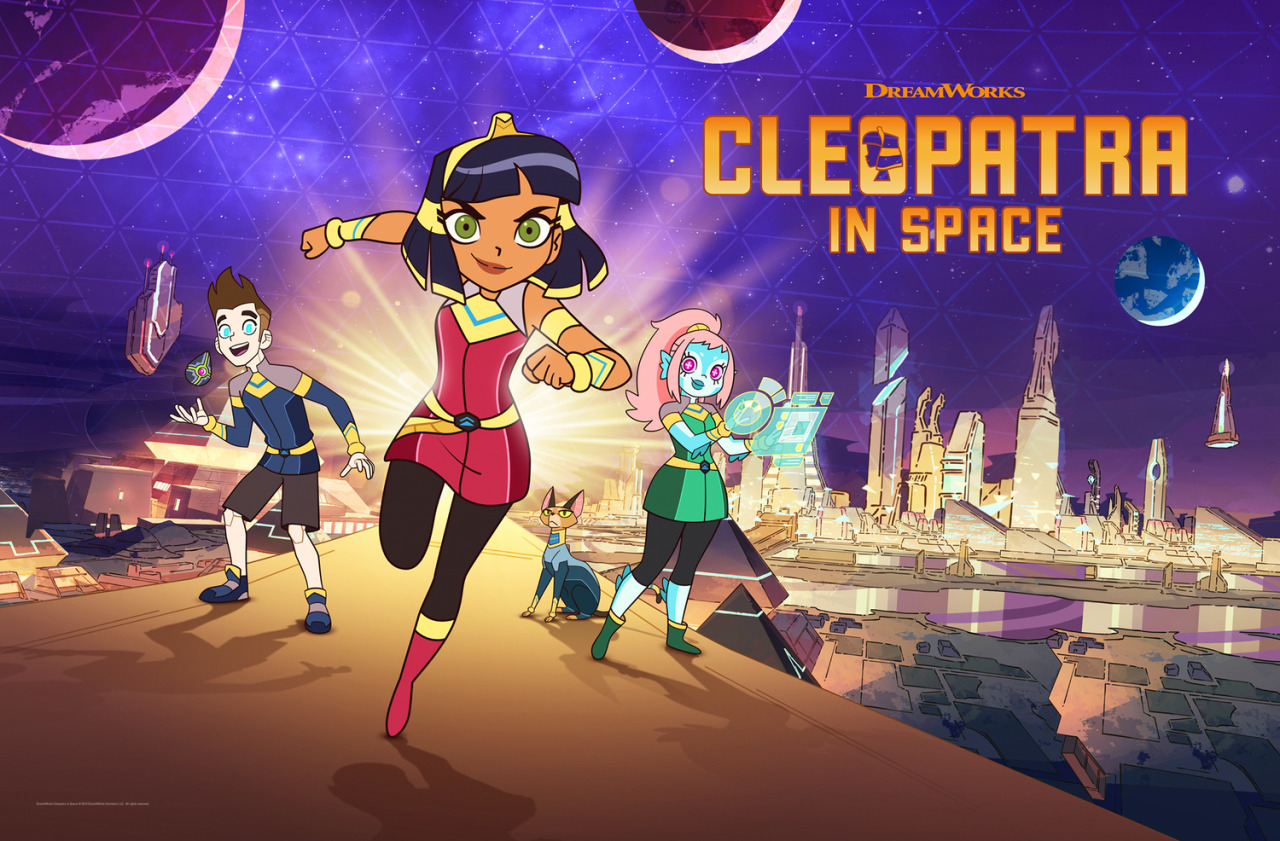 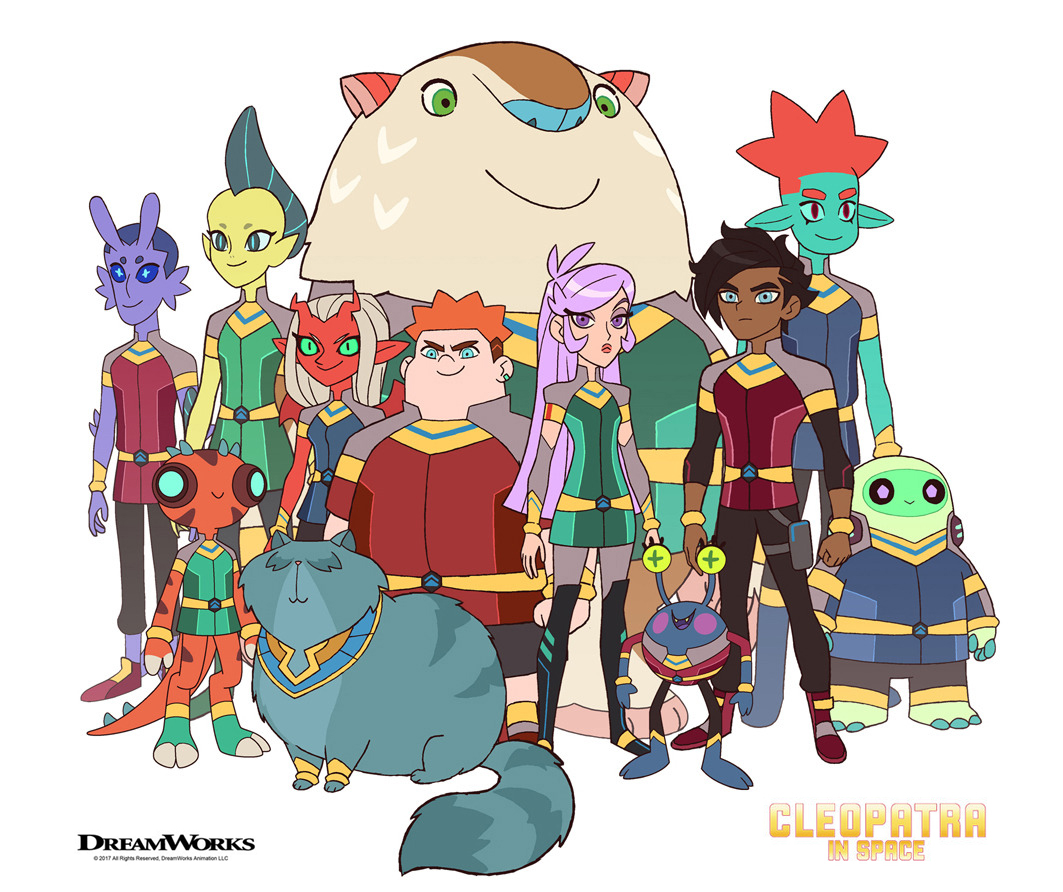 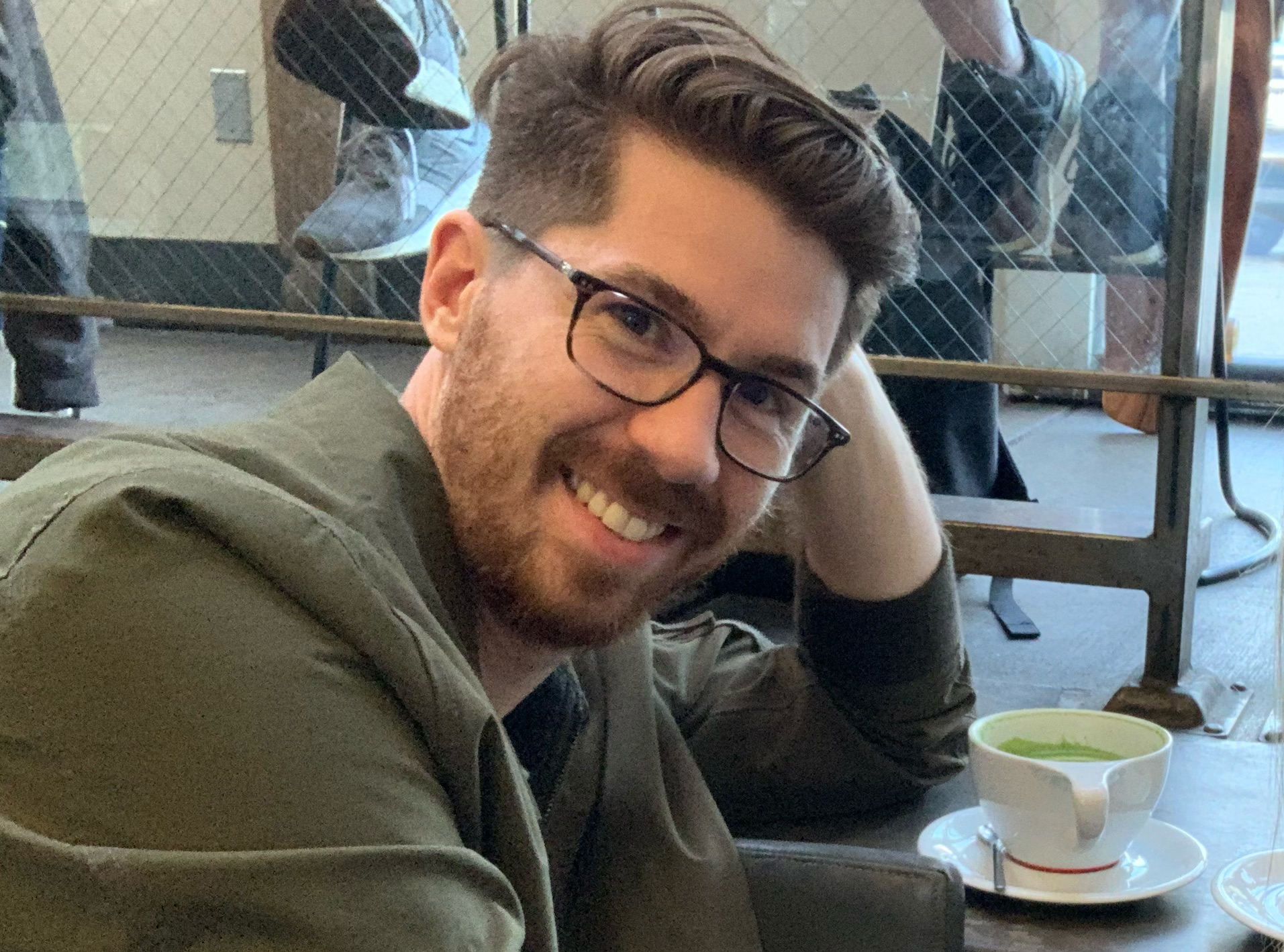 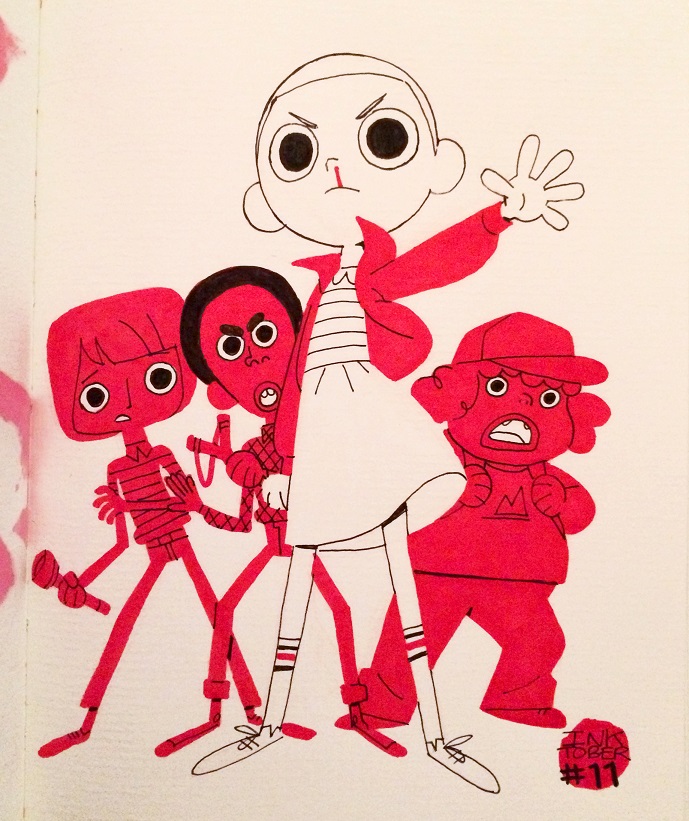 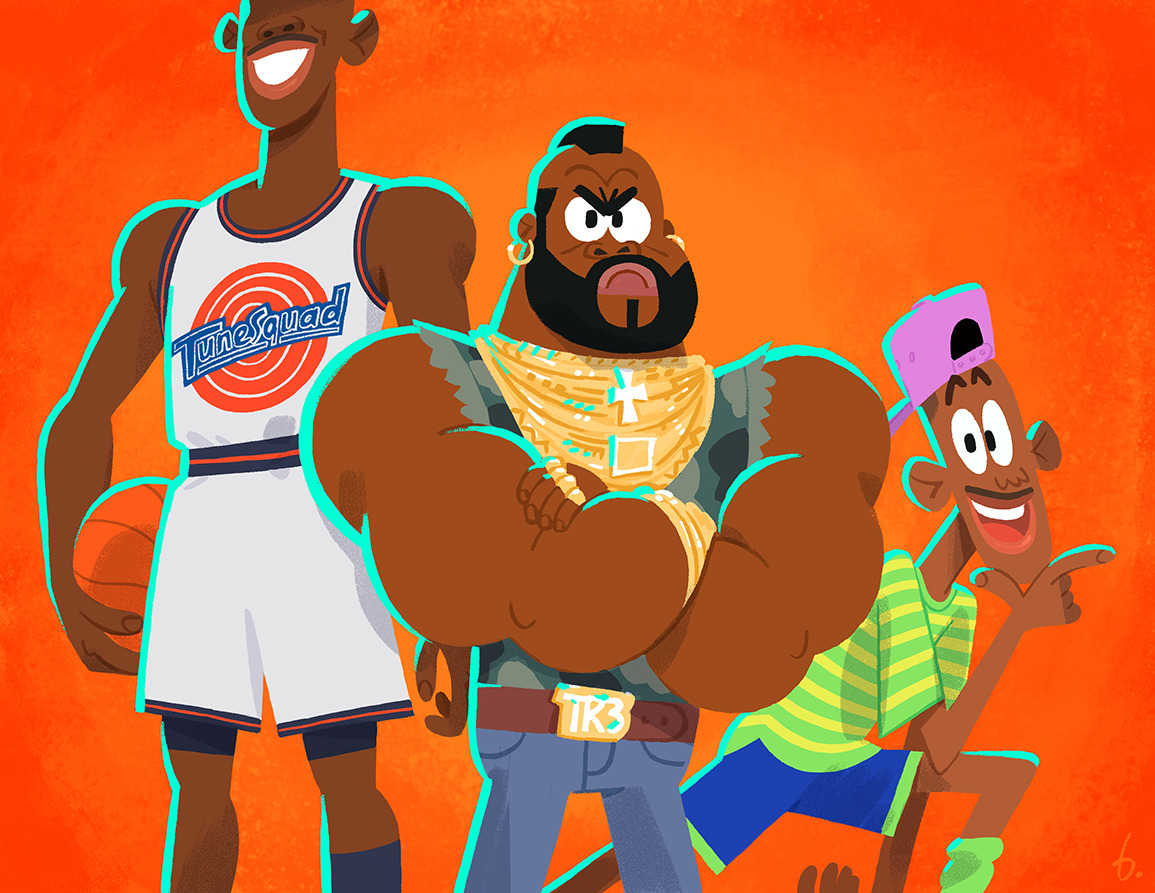 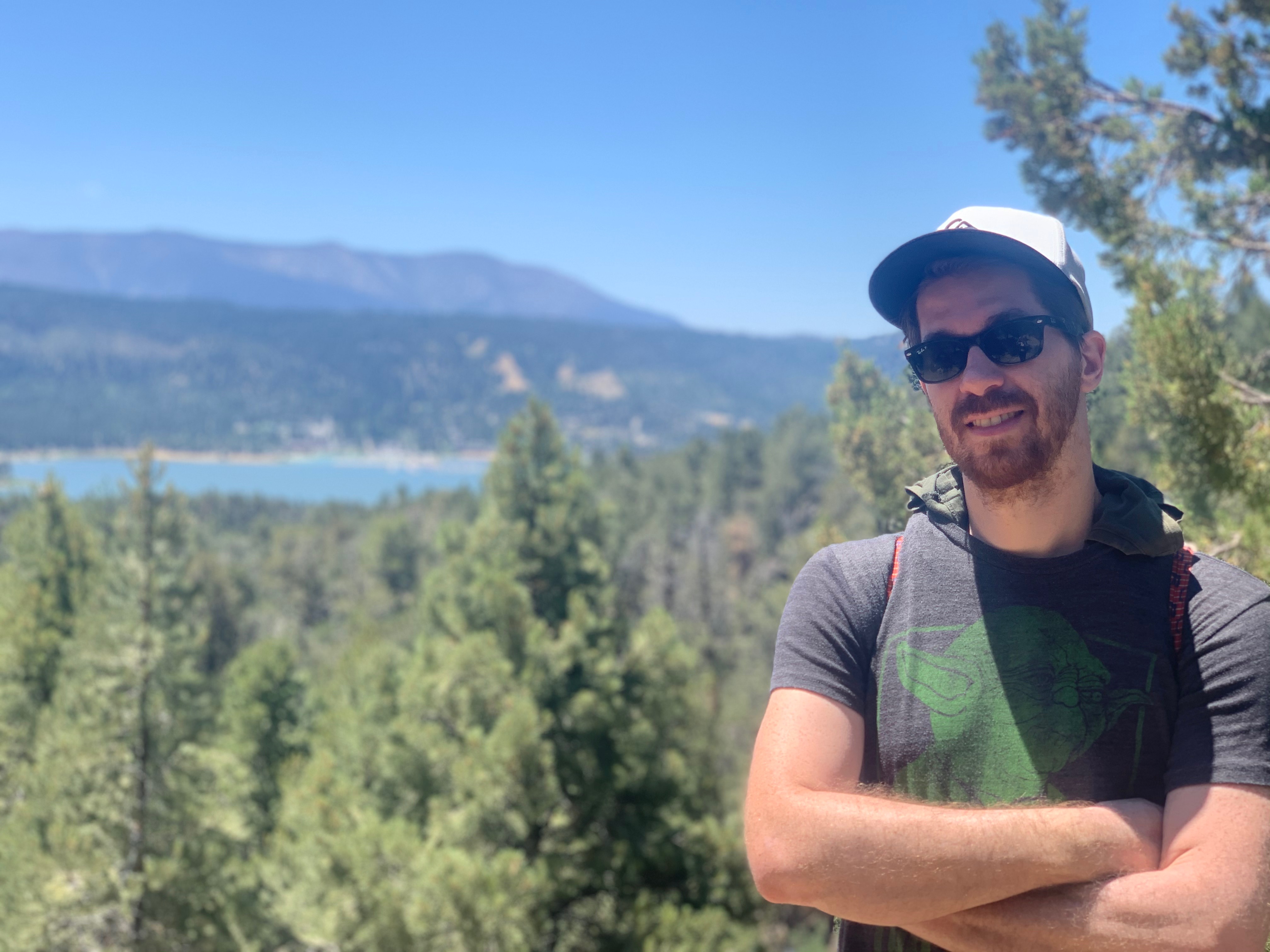 Image Credit:
Pictures of me by Giovanna Chapini.