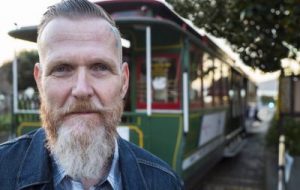 Today we’d like to introduce you to Benjamin Shirley.

Thanks for sharing your story with us Benjamin. So, let’s start at the beginning and we can move on from there.
Music was always my escape (only to be matched later in life by escaping through drugs and alcohol). Music took away all the feelings of being the new kid in school or being mad that my parents had moved me from Sausalito, CA to El Paso, TX. It was the best part of every day since I can remember. It was all I ever wanted to do, breathe, be. I picked up a guitar when I was 14 and I taught myself how to play. By the time I was 16, I was ripping through the bar circuits playing gigs.

I spent years touring and ultimately made the move to Los Angeles to make it big in 1990. By 1998 for all intents and purposes, I’d made it. I was the bassist in a band that got signed by Epic Records. Our songs were on the radio, and we played shows with the biggest bands in the world. It was exactly what I thought I wanted: a non-stop party, where the only thing that changes is the city you’re in. Don’t get me wrong, it was fun, a hell of a lot of fun, but I felt lost. At the peak of my career, I felt totally empty.

Realizing that what I always thought I wanted to do with my life was unfulfilling, I followed the super unoriginal path into drug addiction and rabid alcoholism. In my defense, it didn’t require a ton of effort. I came from a long line of alcoholics and drug addicts, so it really was never a matter of if I’d lose total control, it was a matter of when I’d overdose, or wind up in jail.

By 2011, I’d lost everything. Literally, I’d burned through rehabs, hospitals, and the goodwill of everyone around me. I was dropped off at the Midnight Mission on Skid Row in DTLA with some clothing in a trash bag. That day I became a homeless resident of the shelter and would live there for the next 26 months.

While most people probably cringe at that (and I did too, when I first got there), it was THE best thing to ever happen to me. I got sober. I lost over 100 lbs. I joined this incredible running club founded by LA Superior Court Judge Craig Mitchell. I enrolled at LACC and rediscovered my passion for music-but in a different form. I fell in love with composing music. After three years, I earned a partial scholarship to the San Francisco Conservatory of Music.

From there, things just continued to unfold in totally unbelievable ways. Vijay Gupta, Artistic Director of Street Symphony heard a piece I’d written as part of my audition to SFCM, which I had gifted to the Midnight Mission. He invited me to become Street Symphony’s First Composer Fellow, writing music under the guidance and mentorship of Reena Esmail, who is an absolute badass. With her help, I’m building my portfolio of work, I’m selling scores, and I continue to improve.

I also assist film and television composer Kim Planert, co-orchestrating his works. Kim and I met during the editing of Skid Row Marathon, a full-length documentary about that running club (Skid Row Running Club) I joined in 2012. I’m one of five runners profiled, and Kim wrote the original score for the movie. He and I continue to collaborate, and my hunch is we’ll work together in some capacity for a long time. So that’s where I’m at. I don’t want to be pigeonholed as either a classical composer or a film composer, so I’m dedicated to keeping one foot in each realm.

Has it been a smooth road?
HA! What’s the opposite of smooth? Lumpy? Pockmarked? Whatever it is—that’s what the road has been like. Things are infinitely smoother than they were because I’m sober, so now, it’s just kind of curvy. But that doesn’t mean there haven’t been setbacks or detours.

For example, I had to make a decision about SFCM. I had a million opportunities in Los Angeles to actually write music. I loved school, but San Francisco is so insufferably expensive, that I had to work five jobs just to be able to live while going to school. There was barely enough time to complete homework, and study for tests, leaving no time to write music. I’m not a 20-something. I couldn’t afford to spend one more minute not writing music, so I made the decision to leave, and return to LA to go after a career as a composer with every fiber of my being.

I still have a long journey ahead of me to get where I ultimately want to be, but I’ve learned that if I keep showing up, I’ll eventually get where I want to go.

So, as you know, we’re impressed with Benjamin J. Shirley Music – tell our readers more, for example what you’re most proud of as a company and what sets you apart from others.
Honestly, it sounds ridiculous, but what sets me apart is probably that whole “homeless composer,” thing I’ve got going on. And you know what? That’s totally ok. I did start learning the fundamentals of the composition when I was homeless, and I’m not ashamed of it. I draw a lot of inspiration from my past experiences, both the incredible and the horrifying.

I try to stay away from personal pride, as it gets me in trouble. The minute I start thinking “I’m really killing it,” my ego will run hog-wild, which won’t be good for my sobriety in the slightest. I can say I’ve been enormously humbled by the people who have invested in me, taken a chance on me, and encouraged me. These range from my professors at LACC to SFCM, to people like Vijay, Reena, and Kim. I’m also proud to be a part of a really wonderful film that my friends Mark and Gabi Hayes made. They’ve won I think more than 15 different awards for Skid Row Marathon, and that makes me proud for them.

Let’s touch on your thoughts about our city – what do you like the most and least?
I love Los Angeles. I love that it’s a city bursting with creativity. I love that you can reinvent yourself over and over. Everyone in Los Angeles gets a shot. It’s also a hell of a city to get sober in. There are so many people in recovery and so many recovery meetings.

The rampant homelessness is obviously a mark against Los Angeles. I don’t know what the solution is, but it’s pretty clear that what we’re doing isn’t working. That’s my least favorite aspect of Los Angeles. 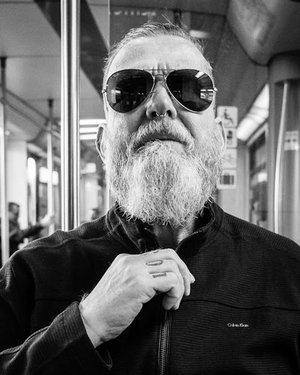 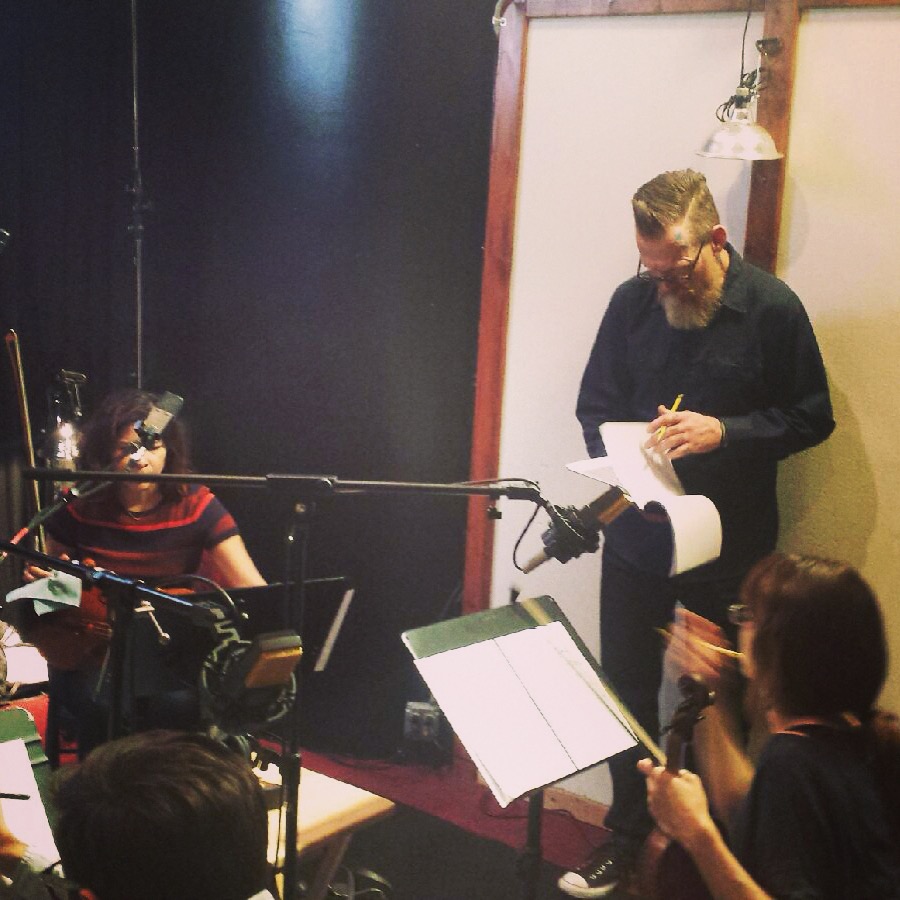 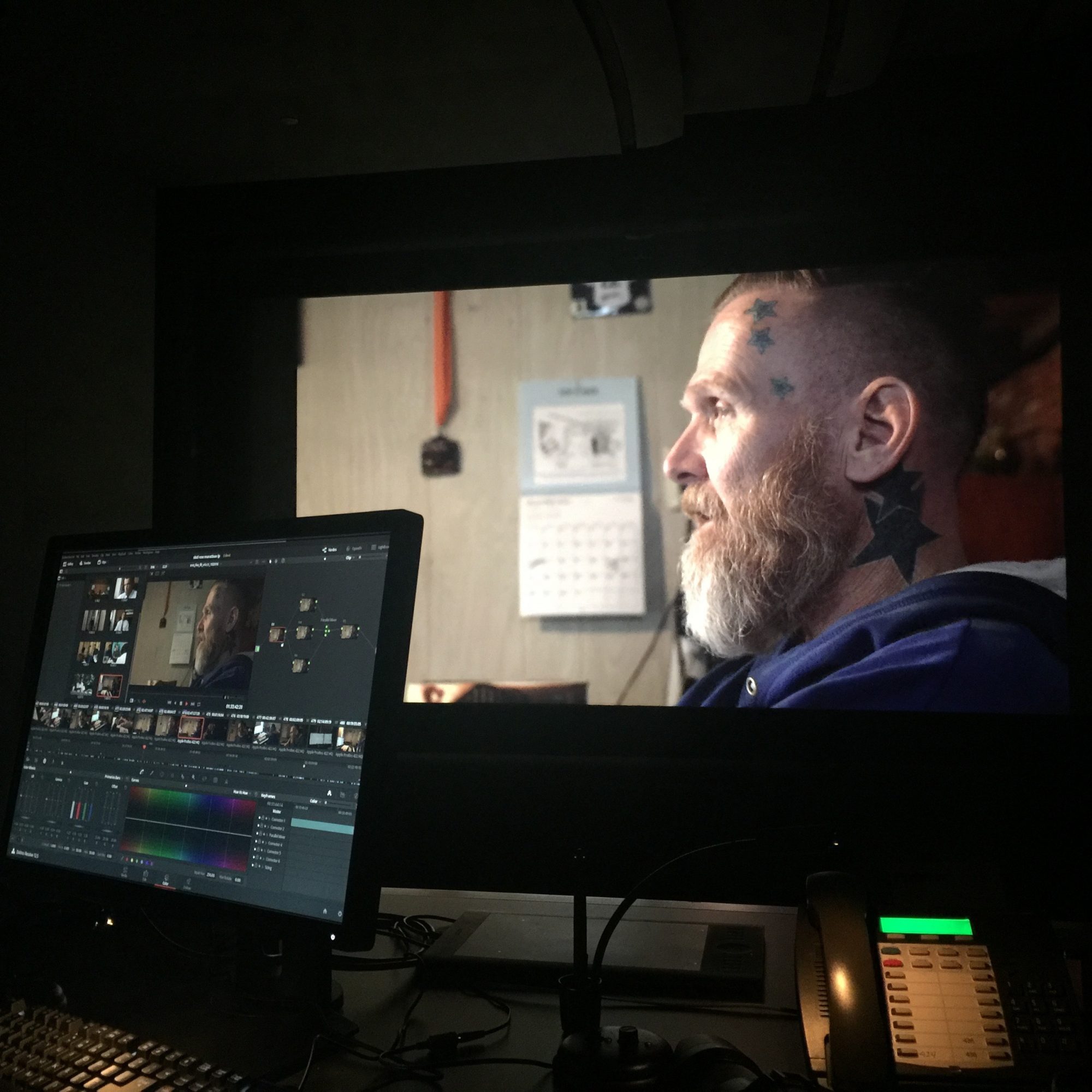 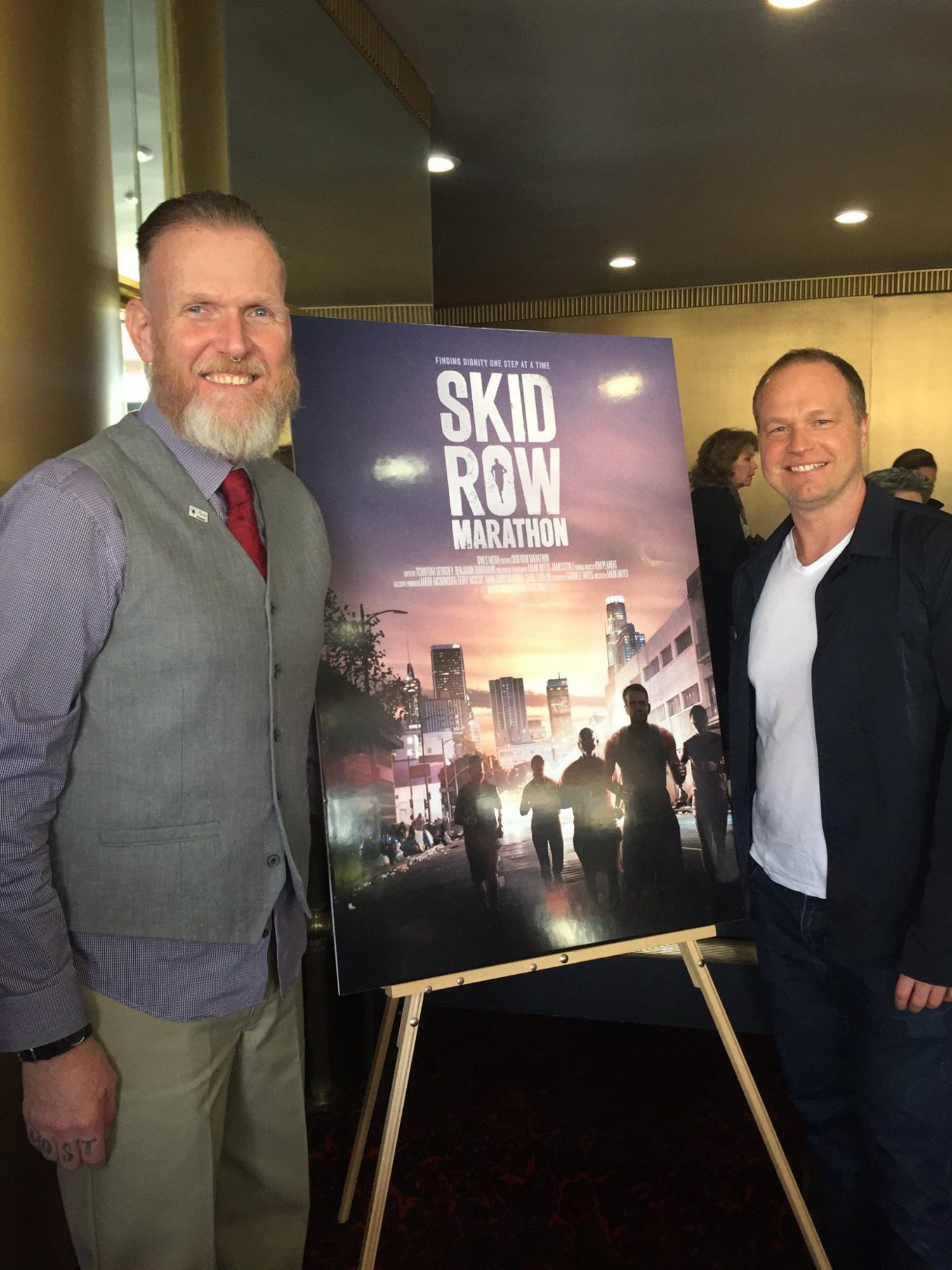 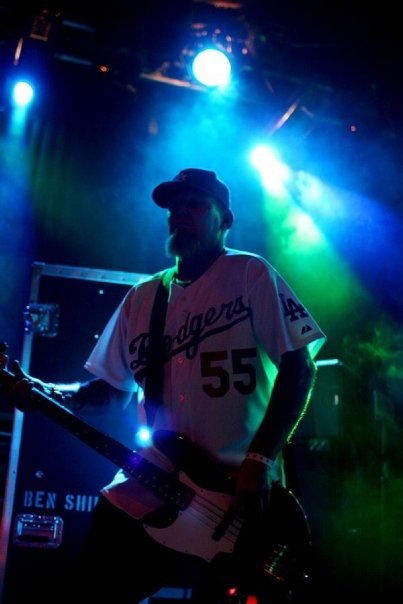