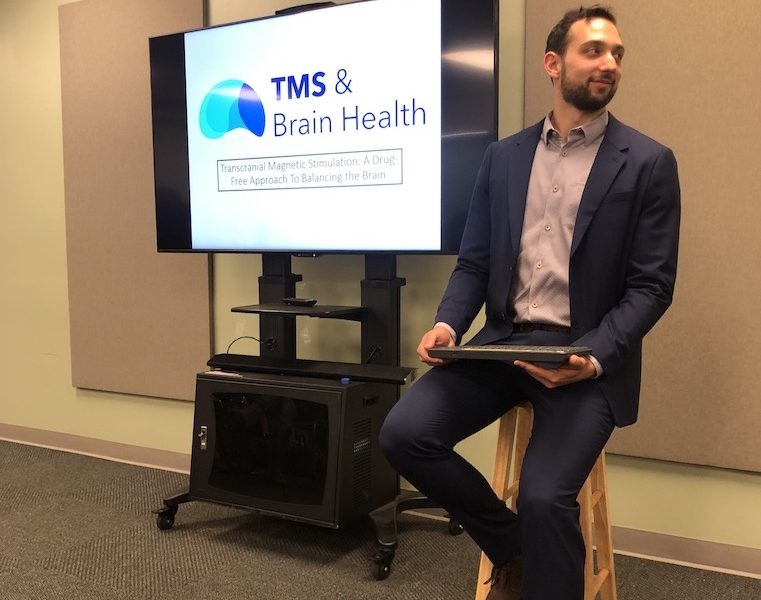 Today we’d like to introduce you to Ben Spielberg.

Thanks for sharing your story with us Ben. So, let’s start at the beginning and we can move on from there.
I’ve personally dealt with my own pretty significant mental health struggles with ADHD and depression. In graduate school, my passion for mental health treatment and love of neuroscience completely intersected in a way that I never could have imagined. This ultimately culminated into me creating TMS & Brain Health, a center for innovative, brain-based treatments such as Transcranial Magnetic Stimulation (TMS) and Ketamine Infusions for various mental health disorders.

It’s funny looking back at how I got to where I am today because I was such a poor student in grade school. I was disorganized. I rarely did my homework; not because I didn’t care, but because I would lose it just as quickly as it was assigned to me. I could very rarely keep track of what my teachers would tell me, and would find myself swimming in my own head during the school day. I would often wonder why I was different from my peers, which led to increased feelings of loneliness and isolation as I entered my middle school years.

I started some form or another of talk therapy in middle school, but the loneliness and isolated feelings never left. I was formally diagnosed with both ADHD and depression, but I hated the way that medications made me feel. I figured that this was just the way I was built: isolated, sad, guilty, unfocused, and sometimes wishing I were dead. I bounced around high schools, managed to graduate, and went to college for just one semester before dropping out.

I finally started taking antidepressants at 20 years old and was able to go back to school. While taking my first neuroscience course, I was informed about a job opening to become a “neurofeedback technician.” Neurofeedback is a type of therapy in which a technician applies electrodes to a person’s head and monitors that person’s brain activity. A technician is there to set up a “protocol,” which can reinforce positive brainwave patterns or inhibit negative brainwave patterns. Through neurofeedback, people would learn how to control their own brainwaves in order to focus, relax, sleep better, and even stop using drugs. I loved that I was able to help people heal themselves and regulate their own brain activity through neurofeedback. Soon after, I immersed myself in the neurofeedback literature, stopped taking my own antidepressants, and trained my own brain!

I was accepted into the Neuroscience and Education master’s program at Columbia University, where I focused on a field called clinical neuromodulation: non-pharmaceutical treatments that can directly change the brain to treat various disorders. Like most people, I was somewhat familiar with electroconvulsive therapy (ECT) from movies like “One Flew Over the Cuckoo’s Nest” or “Requiem For A Dream,” but I was not so familiar with Transcranial Magnetic Stimulation, a treatment which was FDA-Approved for Major Depressive Disorder in 2008. While ECT uses electricity to cause seizure activity in large portions of the brain, TMS uses magnetic waves of similar strength to MRI machines to gently activate specific parts of the brain that are associated with depression.

By now, everyone has heard of the “serotonin hypothesis” of depression, which states that depression is related to a chemical imbalance involving low levels of a neurotransmitter called serotonin. However, the neuroscience research has revealed that depression can be seen very clearly in the brain and that a depressed brain looks markedly different from a non-depressed brain. The great thing about TMS is that it can work on these parts of the brain directly, without causing any of the side-effects that are associated with antidepressant medication. During my time in graduate school, I worked at a TMS center and saw firsthand just how effective the treatment was. I witnessed people who were emotionally dark places—just as I had been years ago—completely transform in a short period of time. Often, it would only take a couple of weeks for someone to start smiling and laughing again.

I decided to start my own TMS and Ketamine center in 2018, as I wanted a way to help people who had tried the usual methods (like medication and therapy) but were not getting better. Through my neuroscience research, I had learned that there were a number of different ways to individualize these innovative treatments, and there was no one doing these in the way that I had envisioned. I built an amazing clinical team and launched in July 2019.

We’re always bombarded by how great it is to pursue your passion, etc – but we’ve spoken with enough people to know that it’s not always easy. Overall, would you say things have been easy for you?
This was the furthest thing from a smooth road! TMS & Brain Health is my first real foray into entrepreneurship, and healthcare has so many rules and regulations that I have to adhere to. The journey from conception to opening ended up taking about nine months. There were a number of times when I wanted to give up because it seemed too complicated, or too far out of left field. I went through periods where I really doubted myself, and I think the only way that I persevered is that I could never imagine myself doing anything else at this stage in my life.

So let’s switch gears a bit and go into the TMS & Brain Health story. Tell us more about your business.
We do a lot of things differently. We specialize in innovative, brain-based treatments for mood disorders such as depression, anxiety, post-traumatic stress disorder, and obsessive-compulsive disorder. More specifically, we utilize advanced TMS Therapy protocols and have developed an integrative program using therapeutic Ketamine Infusions. I am proud that we are the first center to specialize in both of these treatments in Southern California, and I believe that the clinical team of psychiatrists, integrative medicine practitioners, and nurses that I’ve built is what truly makes my clinic special. Additionally, we are in-network with the major insurers, which is relatively rare for high-quality mental health treatment.

Has luck played a meaningful role in your life and business?
I am lucky that Columbia University accepted me into their graduate program, despite my having a pretty unorthodox background compared to their usual applicants. I am lucky that my team believes in me as a leader and trusts that I will move this company into the right direction. 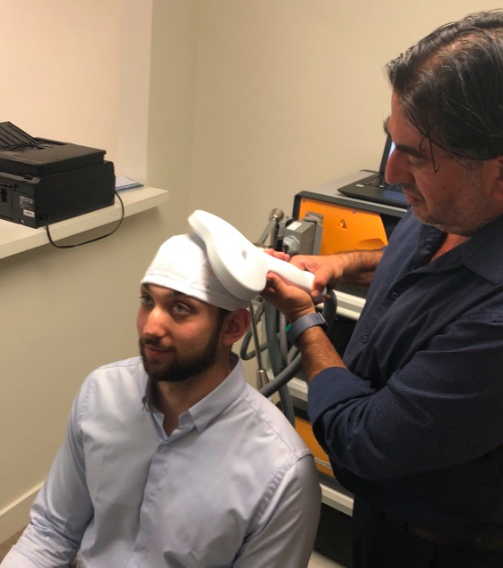