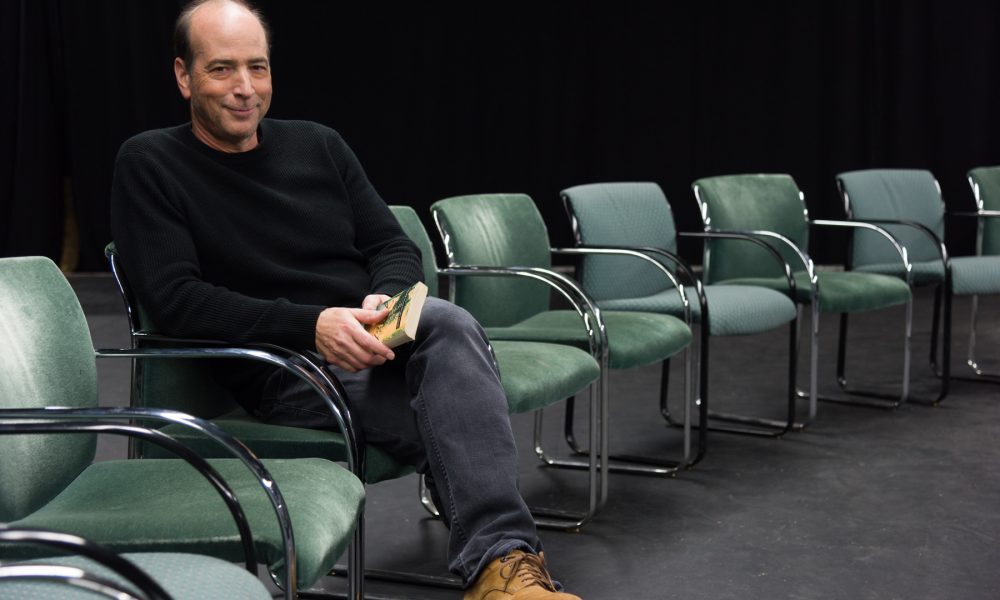 Back in December of 1989, actor Barry Heins had an idea. He invited fifteen friends, all experienced stage actors homesick for the New York theatrical community, to a weekly play reading group held in a vacant apartment in Sherman Oaks. Before long, a pool of close to forty actors were involved in readings that consisted of everything from classic plays to new plays and screenplays. The quality of the work attracted other theatre professionals eager to collaborate. Directors came to hear plays, as well as playwrights and screenwriters who arranged to hear these talented actors breathe life into their new scripts. Heins convinced the group to band together and become a membership production company. A short time later, the actors became the exclusive tenants of Theatre Exchange in North Hollywood, and “Interact, An Actors’ Collective” was born. May 1st will mark Interact’s Silver Anniversary as an official 501(c)(3) non-profit membership company.

Great, so let’s dig a little deeper into the story – has it been an easy path overall and if not, what were the challenges you’ve had to overcome?
The company has had several homes over the last quarter century, but it has always been a financial struggle keeping its own venue open and operating due to neighborhood gentrification and rising rents.

I took an extended leave of absence from Interact while I pursued other interests, but am now back at the helm and serving as president of the company. I am a longtime friend of Ben Donenberg, Executive Artistic Director of Shakespeare Center Los Angeles, having met in New York City as drama students at The Juilliard School. Three months ago, completely out of the blue, Donenberg called me to come downtown to his office for a meeting, where he surprised me by generously offering Interact a new home at SCLA. It was like a gift from heaven.

Alright – so let’s talk business. Tell us about Interact Theatre Company – what should we know?
Interact Theatre Company is now In-Residence at Shakespeare Center of Los Angeles, where its Monday Night Play Reading Series happens every Monday night at 7:00 p.m. The readings consist of classic, contemporary, and original plays and screenplays, performed by company members and guest actors. The last Monday of each month features Interact’s Play Development Lab, presenting new works-in-progress followed by group discussion and analysis, moderated by Anita Khanzadian.

With a roster of over 100 members, Interact Theatre Company has grown into one of the most respected theatre companies in Los Angeles. Main stage productions at various venues throughout the city have earned the company 78 awards and 150 nominations for outstanding achievement in theatre. Interact’s most recent production was Jerry Sterner’s “Other People’s Money,” which had a very successful two-month run at Pico Playhouse, earning stellar reviews from L.A. critics, including Santa Monica Daily Press’ Cynthia Citron, who called the cast “extraordinary” and “the very best acting ensemble to be seen currently in Los Angeles.”

The Los Angeles Times praised Interact as “one of L.A.’s true theatre successes.” NoHo News called Interact “a company of hard-hitting professionals with a rare and undeniable combination of heart and expertise,” and Back Stage West has cited ITC for “sustained excellence in theatre.”

Is there a characteristic or quality that you feel is essential to success?
Interact functions as a democratic membership ensemble. Our common vision is to keep our talent sharp by constantly challenging ourselves as artists, offering great theatre to the public, and advancing the arts in our community.