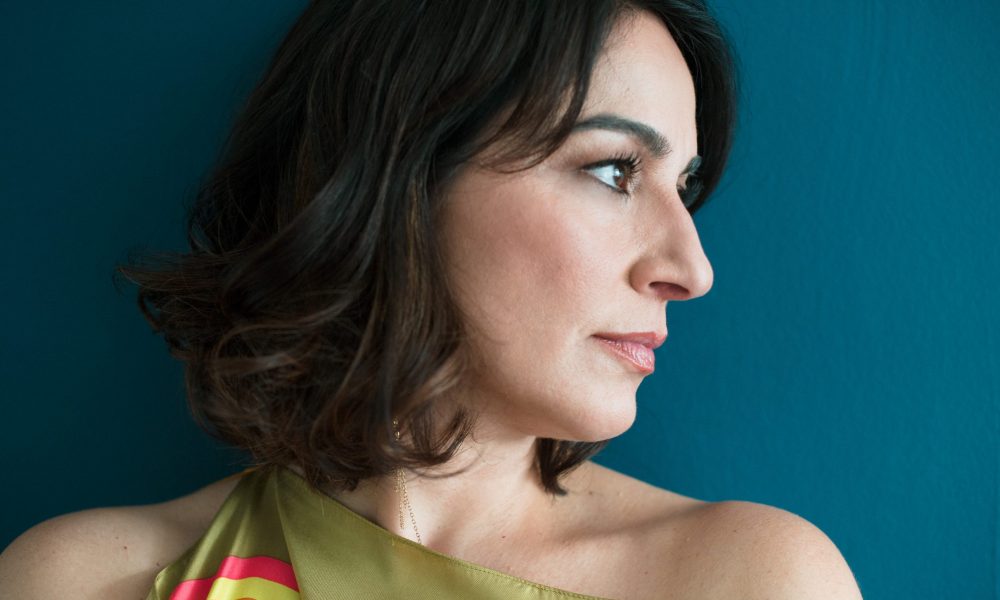 Today we’d like to introduce you to Ayser Salman.

Thanks for sharing your story with us Ayser. So, let’s start at the beginning and we can move on from there.
When I was a toddler, my family emigrated from our native Iraq to the United States – settling first in Ohio and eventually Kentucky. We moved around a lot those first few years, including spending five years abroad in Saudi Arabia when I was ten. This nomadic childhood made me constantly feel like a fish out of water, but it also shaped my interest in storytelling – the desire to learn about other people and what made them tick, as well as sharing my own experiences.

Growing up in the 70s and 80s, I was hard-pressed to find a reflection of myself on TV or in films. The closest example I could find on TV was Balki on “Perfect Strangers” – a strong-accented man from a vaguely Mediterranean island. Not the most perfect parallel of my life but the show did teach me that the best way to tell a story about a different or unique experience was through comedy – which is a great way to ‘camouflage’ any message you want to send. As many other writers have said, “Make ‘em laugh, then teach ‘em something.”

Of course, I couldn’t just announce to my traditional Iraqi parents that I was embarking on a career as a comedy writer (never mind that I didn’t even know what that was yet.) I got a degree in journalism and worked briefly as a news producer in Kentucky before realizing I hated reporting on (mostly depressing) news. Also, I hated not knowing what was going to happen the next day. I applied to film school and was accepted into Loyola Marymount University here in Los Angeles. And I thought that meant I had “made it.” Because I was young, arrogant and naïve, I was so sure my attending film school meant I would be guaranteed a career as a successful filmmaker.

While I waited for this Three-Picture Deal I believed I deserved, I did the requisite paying my dues jobs – PA and temp gigs. I really hated temping – again, the not knowing what my next work day was going to be like really freaked me out. I was lost for about a year after film school, kinda meandering and losing faith. Eventually I realized, “Wait, I love editing. I love staring at a video screen and putting images together to make stories, so why not do that…. for now?”

I was lucky to find a job at Miramax films — initially modifying movies for TV and airplane showings — basically cutting out curse words and plane crashes. I quickly transitioned to creating promos and original content. This was right around the time of the DVD explosion and every movie was being released with behind-the-scenes content. It was a dream job. I felt so lucky to be working for a mini-major studio, making short films and getting paid decently.

I did this for about five years and then realized that as much as I enjoyed it, I had been neglecting telling my own stories. I wasn’t about to quit a well-paying job so I made myself write after- hours. It took a lot of discipline to sit home on weekends trying to force at least 20 minutes of writing onto the page, while everyone I knew was at the beach or taking day trips to Ojai. There were so many times I said “Screw it” and blew off my writing. And that’s okay, but then it just takes longer to have a finished product. I spent about ten years doing this – writing comedy pilots that would get some attention, get optioned perhaps, but not really go further beyond that.

Then my mentor, Lowell Mate, suggested that since most of my writing was based on my nutty but lovable Iraqi family and my own coming-of-age tales, why not compile these stories into book of essays? That’s how my book came about – (The Wrong End of the Table: A Mostly Comic Memoir of a Muslim Arab American Woman Just Trying to Fit In – Skyhorse Publishing.) As the title pretty much spells out, it’s my story of being “The Other” in America – feeling like a fish out of water and spending my life trying to find my voice and define my identity.

I was fortunate that my wonderful agent, Murray Weiss was interested and refused to give up until we got a publisher – he later told me we’d had about 52 rejections, the same amount as J.K. Rowling. So that’s a fun piece of trivia about that experience.

Overall, has it been relatively smooth? If not, what were some of the struggles along the way?
One of my biggest challenges as a writer early on was being able to write what I wanted versus what ‘they’ wanted to see. I’d get comments from executives about my sitcom pilots, such as “No one wants to see shows solely about Arabs.” Apparently, back then it was too risqué to depict Arab families in mainstream media unless you also anchored them with at least one American character. Luckily things have changed and keep evolving.

My second challenge was financially when my bread and butter job suddenly ended. In 2017, I was working as a producer/editor for the Weinstein Company when allegations of Harvey Weinstein’s sexual abuse and misconduct came out effectively tanking the company.

Side note: I was never privy to anything nor was I affected. Most employees didn’t know anything and the small in-house post-production department I worked for was relatively insulated.

But there I was with no job. I had two choices – look for another full-time gig, or go out on my own as a freelancer so I could make my own hours and balance my writing time better. I did the latter. It was scary but incredibly liberating. I realized that even though I had taken this job for granted all these years, it also kept me from fully going for what I wanted. When that cushion was removed, I realized there was nothing else to do but GET REAL. That’s when I wrote the bulk of my book. I’m sure I would have written it eventually, but this kick-started everything.

Not to say that it’s all smooth sailing. As anyone who’s a freelancer knows it’s feast or famine. There’s a lot of anxious moments wondering when the next gig will come. And now with the pandemic, it’s even more iffy. We’ll see… ask me again in about six months. But it is fulfilling and empowering to know that I can make my own schedule for the most part.

…btw, has anyone ever responded to this question saying it has been a smooth road…?

We’d love to hear more about your work and what you are currently focused on. What else should we know?
I’m a writer/producer/editor/speaker.

I know, I know… Everyone is a “Something -Slash-Something-Else.” I get how LA it sounds, believe me. At the core, I suppose “storyteller” is appropriate because that’s pretty much what I do –whether it’s in written form, or with my work as an editor.

I have a home edit system and when I’m not writing, I freelance as a producing editor, specializing in promos, sizzles, behind-the-scenes content and docuseries. I’ve been fortunate to work with great clients, such as Ryan Murphy Productions on FX’s POSE. My work on that one was nominated for an Emmy which was neat. I’m really proud of the dedication and heart I bring to my projects. Again, being exposed to different cultures when I was young helped me develop this love for stories. The fact that I write helps with finding stories in the footage as well and bring them to rich life. Also, I’m a pretty fast editor… and in this industry where everyone wants it “yesterday,” this skill comes in handy. One of my favorite things to edit are reels – awards reels for actors and filmmakers but also “This Is Your Life” type reels for friends’ birthdays and anniversaries – anything where I’m celebrating someone is always so rewarding. So, if any readers are interested in that, contact me.

Because of my book, I have the opportunity to go to various events and panels and speak about writing, being a Muslim woman in America, in Hollywood, etc. In particular, I love talking to young people, particularly women about authenticity and finding your own voice. I also teach short film writing at my alma mater, LMU.

If you had to go back in time and start over, would you have done anything differently?
I would have pushed boundaries more and not been so focused on playing by the rules. It goes back to that feeling of constantly being an outsider. There’s that quote, “Life is like an extension of high school,” I definitely felt that when I began working in the entertainment industry and fell into the same role I had during school – trying please the popular kids or the gate-keepers, trend-setters, executives, whatever you want to call it. I wanted to use my voice but not make too many waves. Looking back, I would listen more closely to my own instincts. I would do my own thing and trust that eventually I’d find my niche. I would trust that maybe the reason I couldn’t find my niche yet was that it hadn’t been created – either by me or circumstances.

In 2016, the political climate changed and suddenly, people wanted stories from Muslim and Arab voices. And then in 2017, the Hollywood climate changed when the once-feared mogul of the company who employed me succumbed to scandal, blowing up his own company and marking a sea change.

Even now, as I answer this question from quarantine – who knows how things will change moving forward.

I suppose I would tell my past self “Stop worrying about trying to fit into a system which might become moot soon enough.” 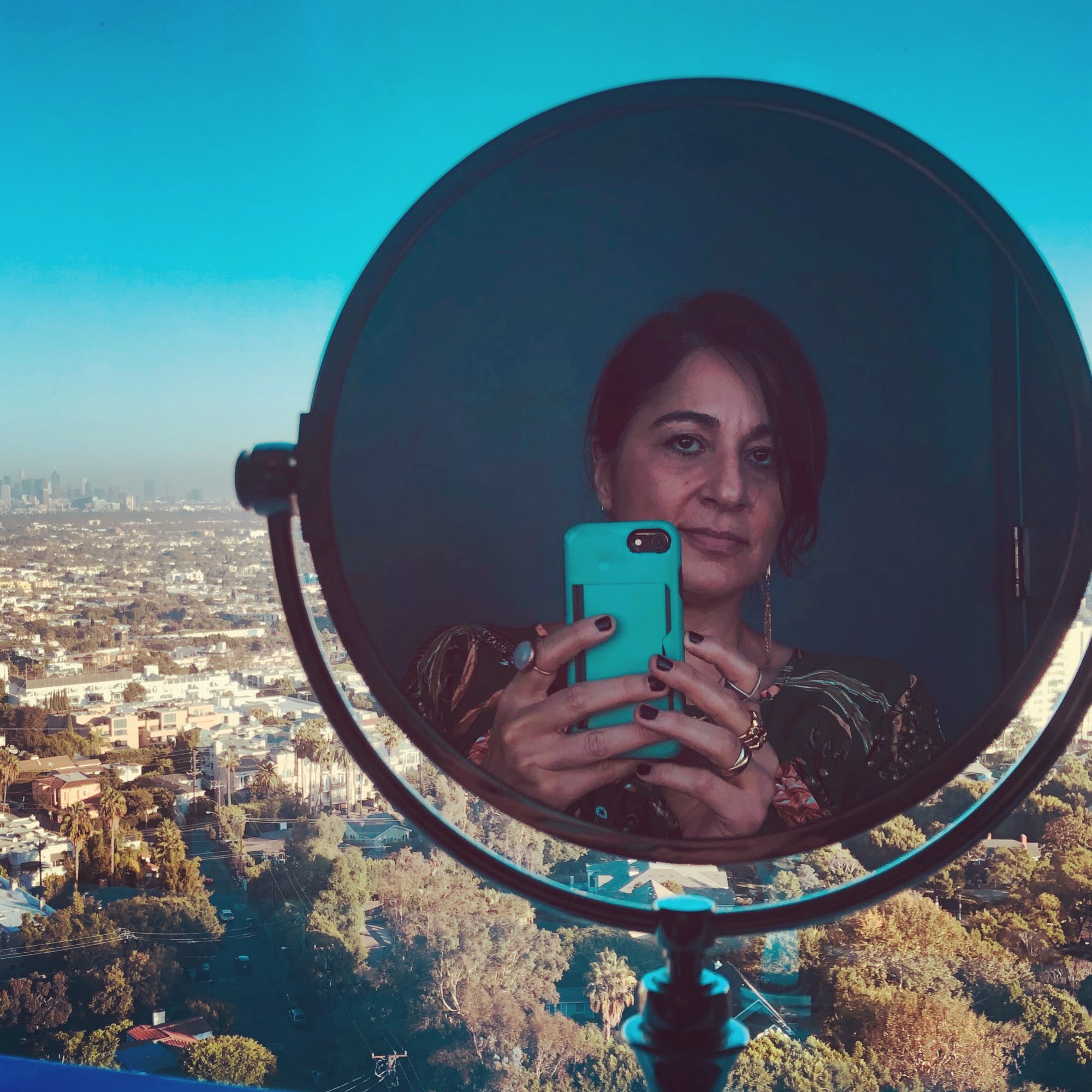 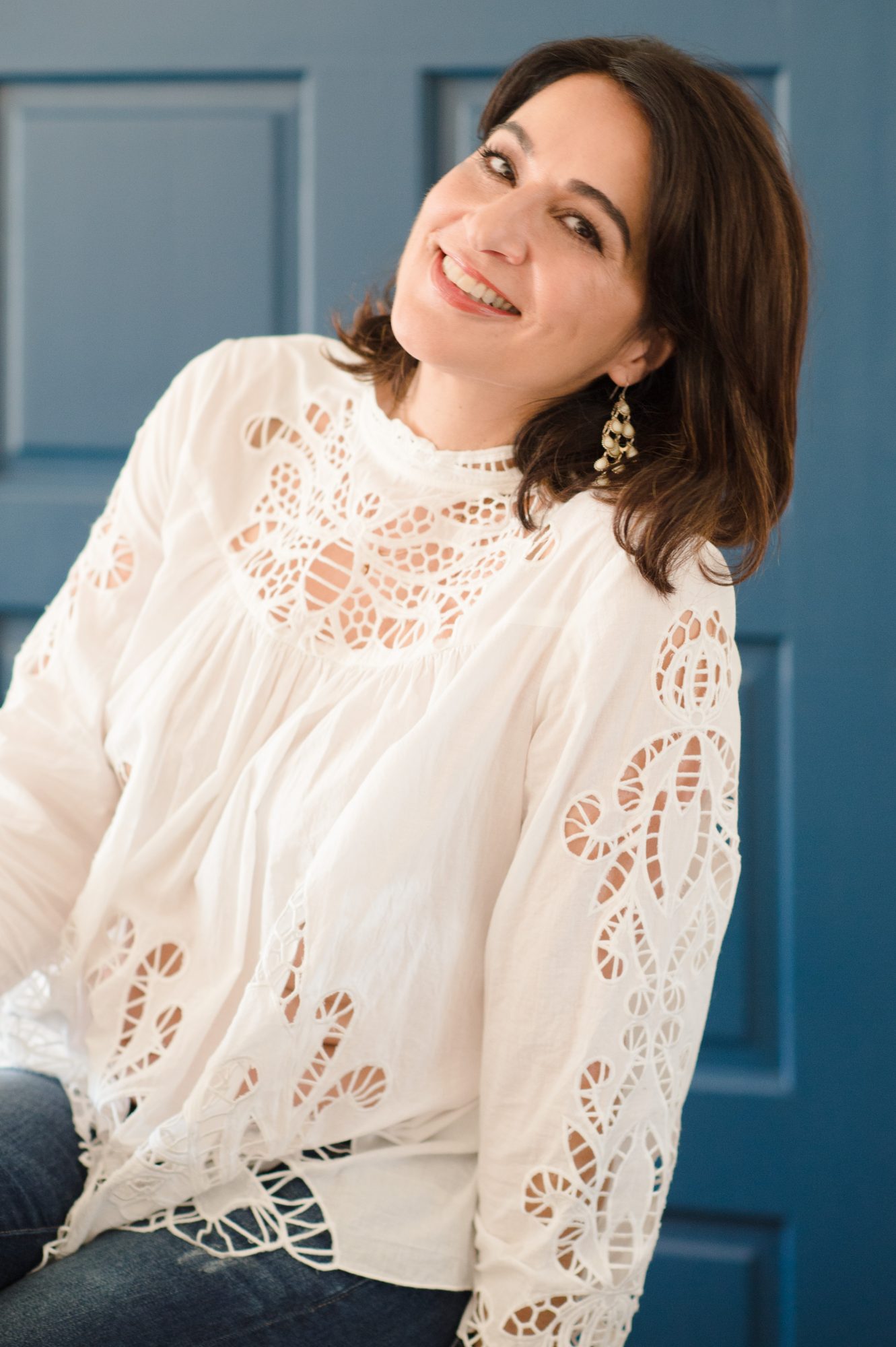 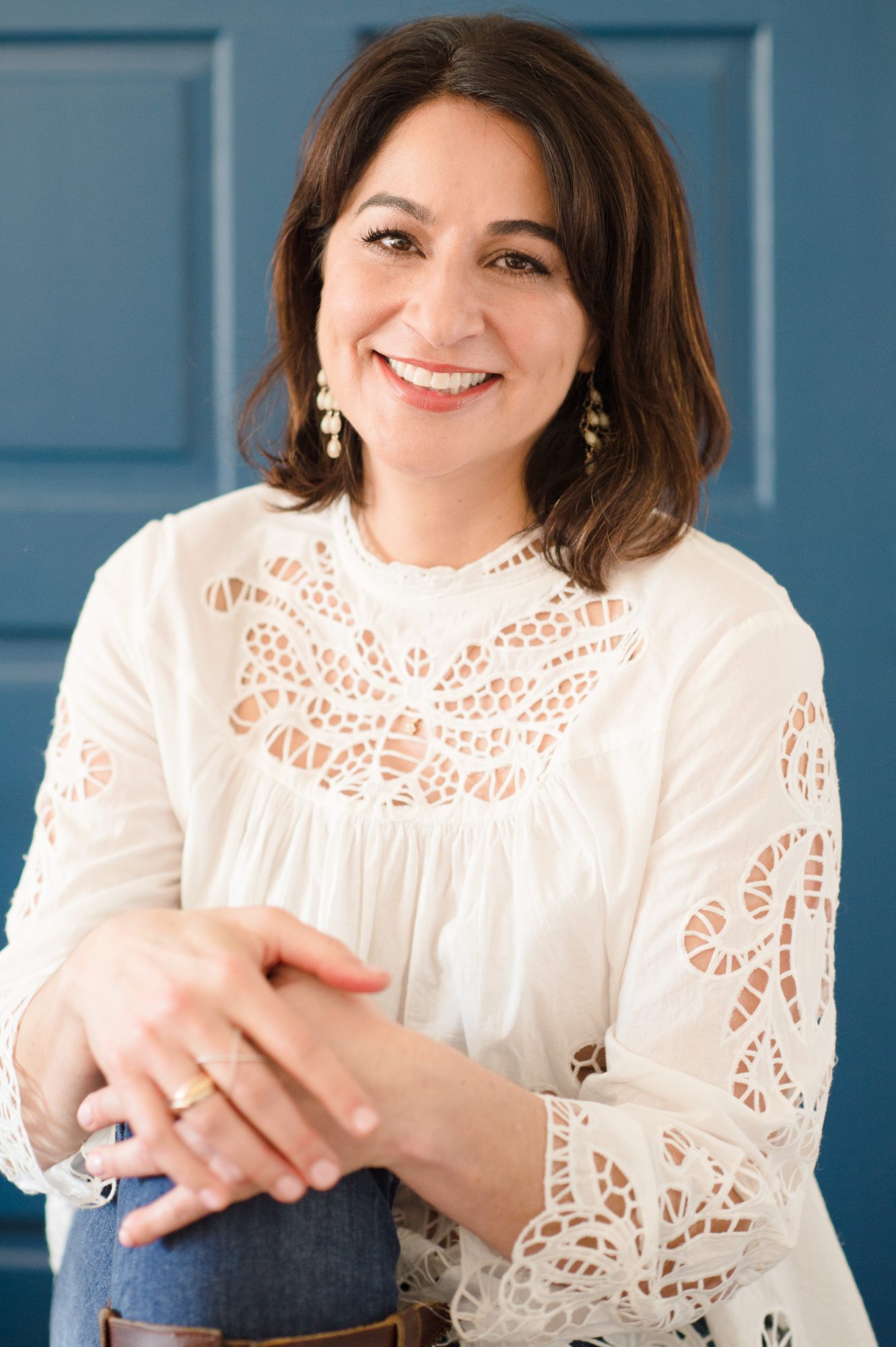 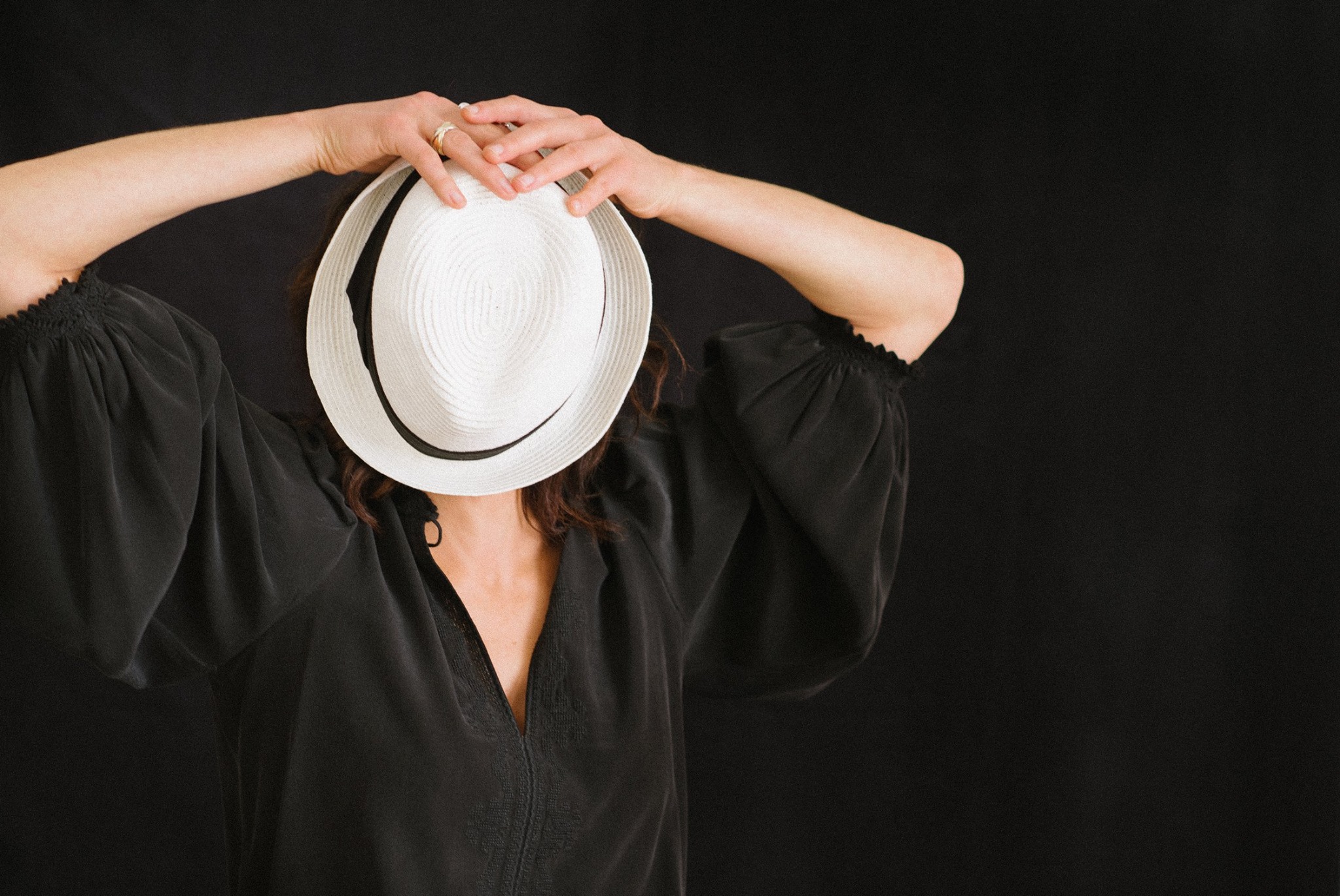 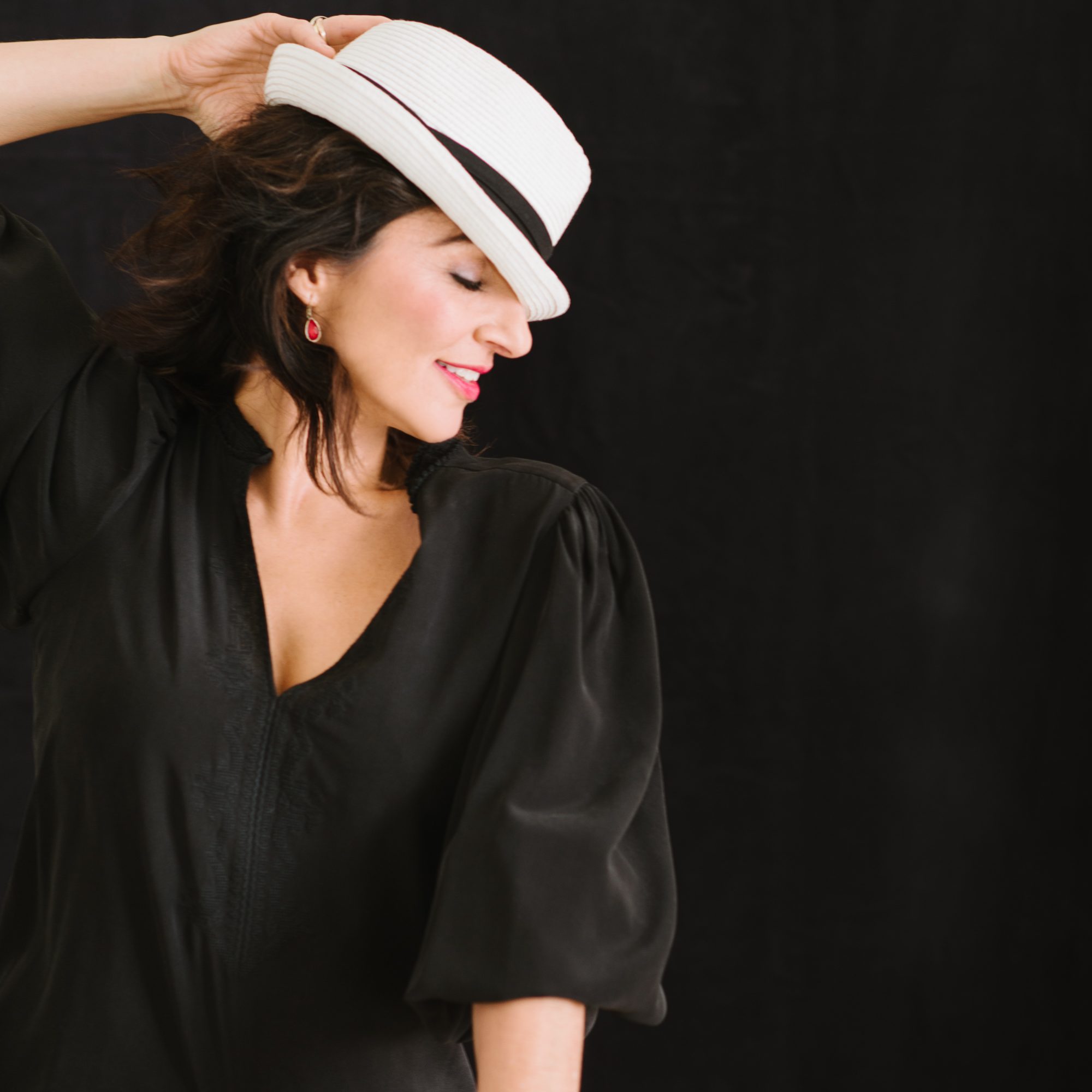 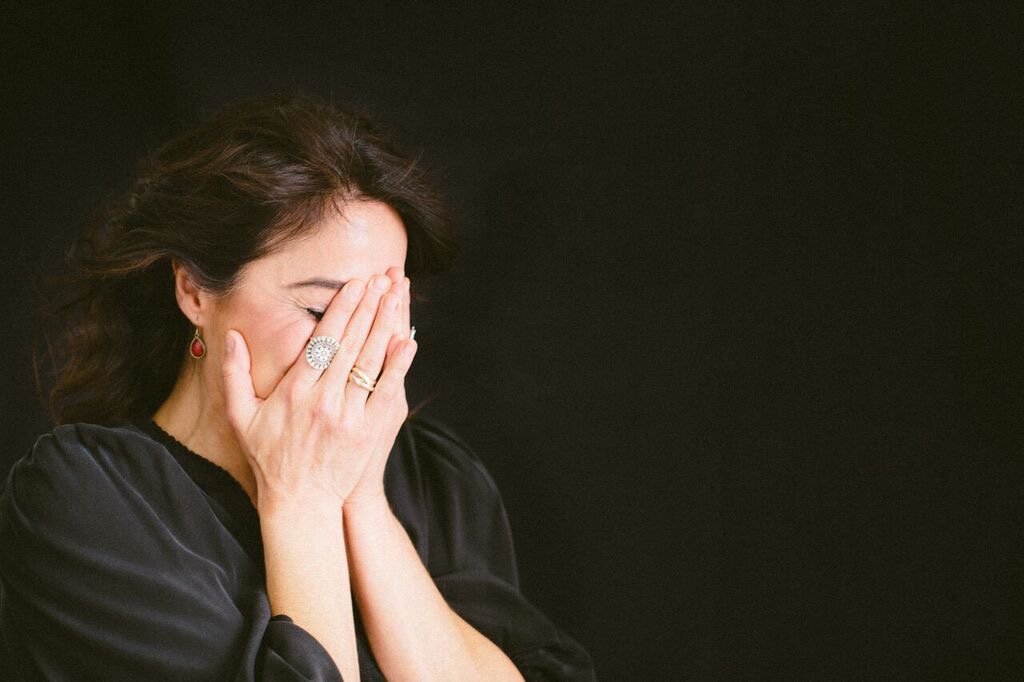 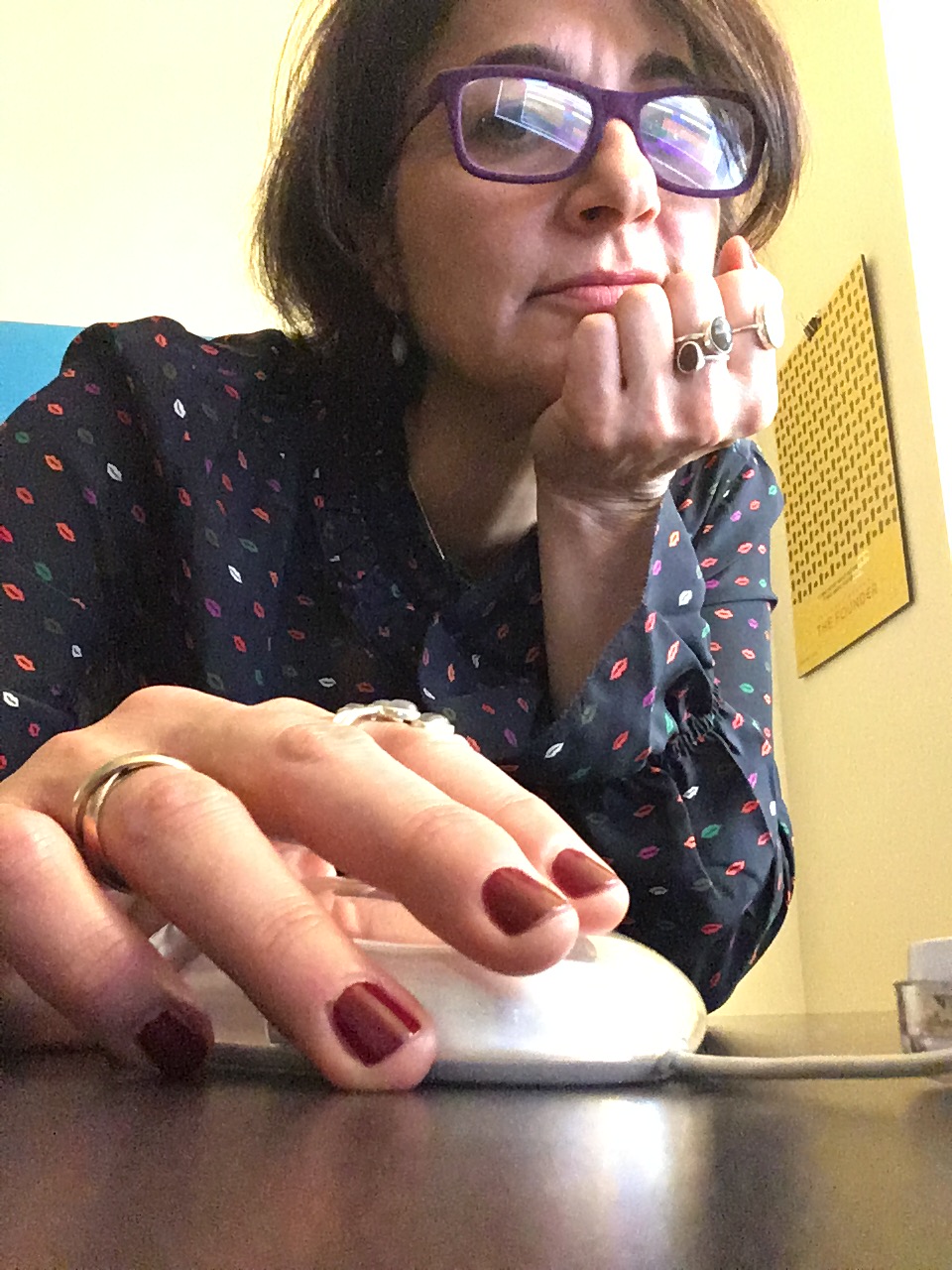 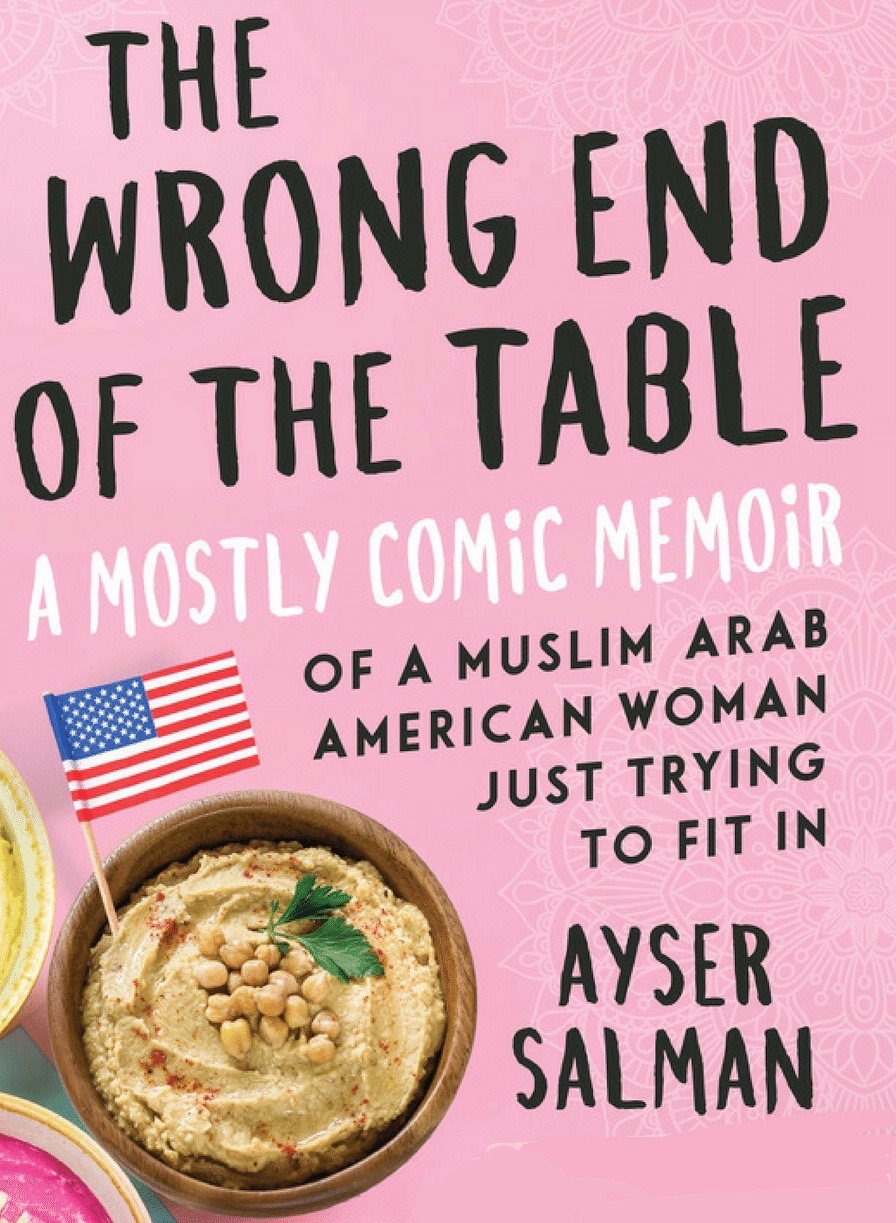