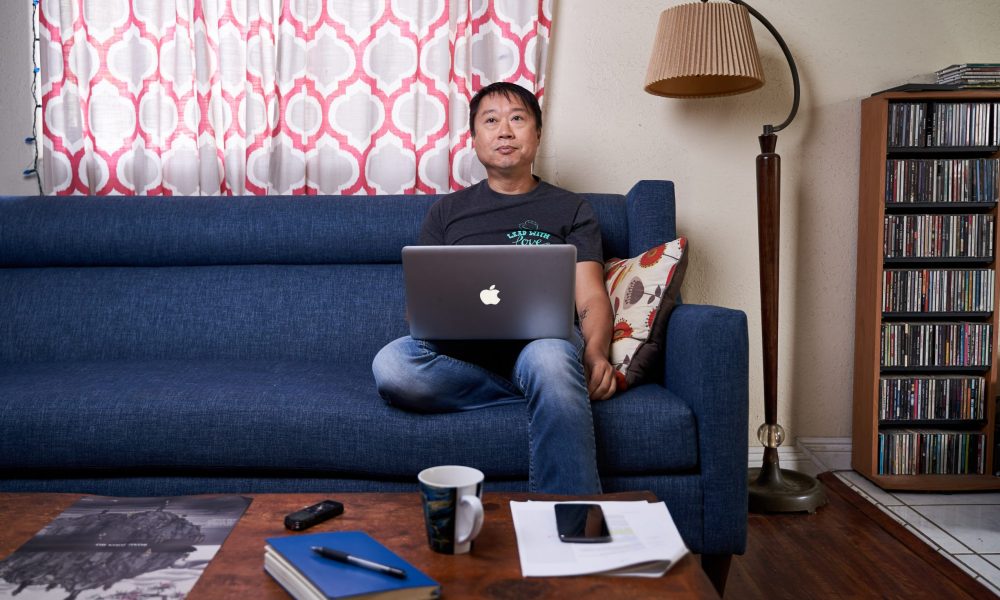 Today we’d like to introduce you to Eric Wat.

Eric, let’s start with your story. We’d love to hear how you got started and how the journey has been so far.
In 2009, I was visiting my ex-roommate in Honolulu. By then, I had been a casual meth user for over a dozen years but was always thinking about quitting. I knew the death of someone close to me – my grandma, for instance, who was at the time in her nineties – would either pluck me from addiction or plunge me deeper into it. In Hawaii, away from my source, I started a short story about a guy who wakes up from a drug binge only to find that his mother has passed away. I couldn’t finish the story when I came back to LA. I just put it away. When my grandma passed in 2012, I was really nervous about how I would react. And when I didn’t go straight to meth for my grief, this story came back, and I decided it was time to finish it. I thought about the arc of the main character for a couple of years, and then in 2016, I quit my job and flew to Hong Kong, my birthplace, to write the novel. I was there for six weeks and wrote every day (except for a weekend excursion to Taipei with my cousin and her husband). This time, I came back to LA with a manuscript. The novel, SWIM, was published last August. A ten-year journey!

Has it been a smooth road?
Even though SWIM is a work of fiction, it is very personal to me, not just because I drew from my experience of meth addiction. Ultimately, it is about my relationship with my parents, too. It’s about how we love each other, even when we are flawed. I saw their humanity in how they took care of my grandma in her last years. But I had to get to the darker parts of these characters, their imperfections, to show how love is deeper when it is hard. The book says everything that I couldn’t say to them in person. And I thought it would expose them, even if I had done it lovingly – which I think I have. It’d be so easy to censor myself if I kept thinking about how they might react. A friend once told me that you should always write as if your parents were dead. I didn’t do that. I wrote as if the book would never be published. I didn’t know how marketable a book about a gay Asian man, in his forties, who is a drug addict, would be. So it wasn’t so far-fetched to think that it would never see the light of day.

And it took a while to find a publisher. I tried to pitch it with a diversity angle. I even made a point to approach agents of color who said they were interested in cultivating marginalized writers like me. The publishing industry was supposed to be more self-aware about its lack of inclusion, but my queries didn’t catch any fire. I got encouraging notes from a few agents who thought I could write but they didn’t know how they could sell the book. So in the end they had to reject me. It totally reinforced my fear that the book wasn’t marketable.

Then, after more than a year of searching, I got this call from The Permanent Press, an independent publisher based in New York. I let it go to voicemail, and when I finally heard the message, they said they wanted to publish the manuscript. I had to listen to the message three times to make sure I had heard correctly. I guess I had given up mentally by then, just to protect myself. The press is owned by this husband-and-wife team – they’re White, in their eighties. But they loved how raw and honest the book is. I never would’ve guessed they would be my target audience. They’ve been doing this for forty years, and they publish what they like and don’t worry about sales.

We’d love to hear more about your work and what you are currently focused on. What else should we know?
I have a different take on drug use. People use drugs for different reasons, but a familiar trope of drug users is that they are degenerates, or they are depressed, or they are irresponsible. My protagonist, like me, used meth because it was pleasurable. I wanted to have an honest take on that, without taking away the destructive aspects of meth. Also, as an Asian American in an immigrant family, the character, like me, tries very hard to stay connected with his family, to be their caregiver, even if he doesn’t always do a good job at it. I wanted to show someone like him could be abusing drugs, but at the end of the day, he still has to go home and make sure everyone is safe and fed.

Also, part of writing about a gay man with a drug problem, and part of not censoring myself, meant that I had to write about sex and drugs pretty explicitly. It’s a fine line between candor and titillation. I didn’t realize it until after the book came out and I was doing public readings a couple of times in front of my parents. There were many parts of the books I couldn’t read in polite company. I started doubting myself: Why do I write smut? Around this time, I was also working on a new book about AIDS activism in the Asian American community in Los Angeles in the 90s. In order to stop the spread of virus in our community, these activists had to talk about sex very explicitly, too, and to immigrants who were supposed to be averse to its discussion. I came of age sexually around this time. I remember, as a budding gay man, being so afraid of sex because of AIDS. And these activists were so brazen about the pleasure of sex, refusing to give up that part of themselves. They were saying, it doesn’t matter who you have sex with or how, you don’t deserve to die, you deserve to have a community, and you deserve to be loved. As I stepped up to podiums in different cities to read from my book, I began to realize that my writing is part of this tradition. You don’t get a lot of books where gay Asian men, especially in their forties, display their sexual agency, and I’m so happy to be in that conversation through this book.

And finally, this is not a coming out narrative. This is not a coming of age story. No knocks against those stories, because that’s still a reality for many people. But they can’t be the only stories about LGBTQ people in immigrant communities. I wanted to write a story where the character’s queerness is a given, a constant, not something that he and his family agonize about. I want to write a character who refuses to be reduced to that.

Is our city a good place to do what you do?
Los Angeles is great for writers. Sure, people may assume you write screenplays when you tell them you’re a writer because they conflate LA with Hollywood. But overall, there are so many stories to unearth in different neighborhoods, in different communities. We pioneer intersectionalities. I’ve always been able to find writer’s community here. I used to organize literary readings in the 90s, totally grassroots, especially in the Asian American community. Someone from New York tried to come here and bring their brand of literary organizing that’s really focused on an East Coast publishing model. And he was like how come all these big-name writers couldn’t draw crowds in LA. He thought LA people didn’t read. But people came to the readings I and my colleagues organized because it’s about relationships. We didn’t care if someone had been anointed by the publishing moguls. You didn’t have to have to be published to be a “writer.” That’s how grassroots we were. Everyone wrote. Everyone read. Everyone shared. It was pretty democratic. 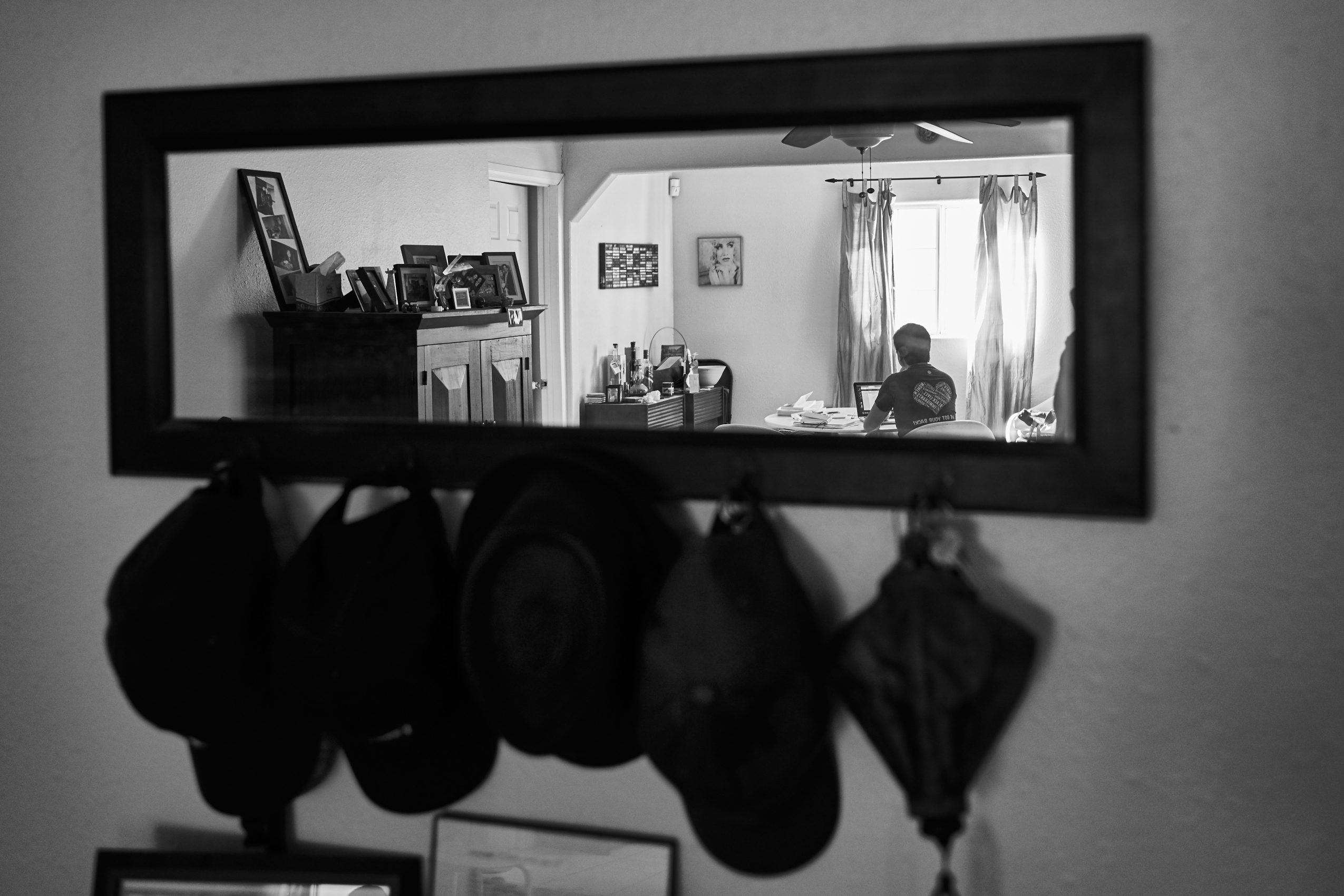 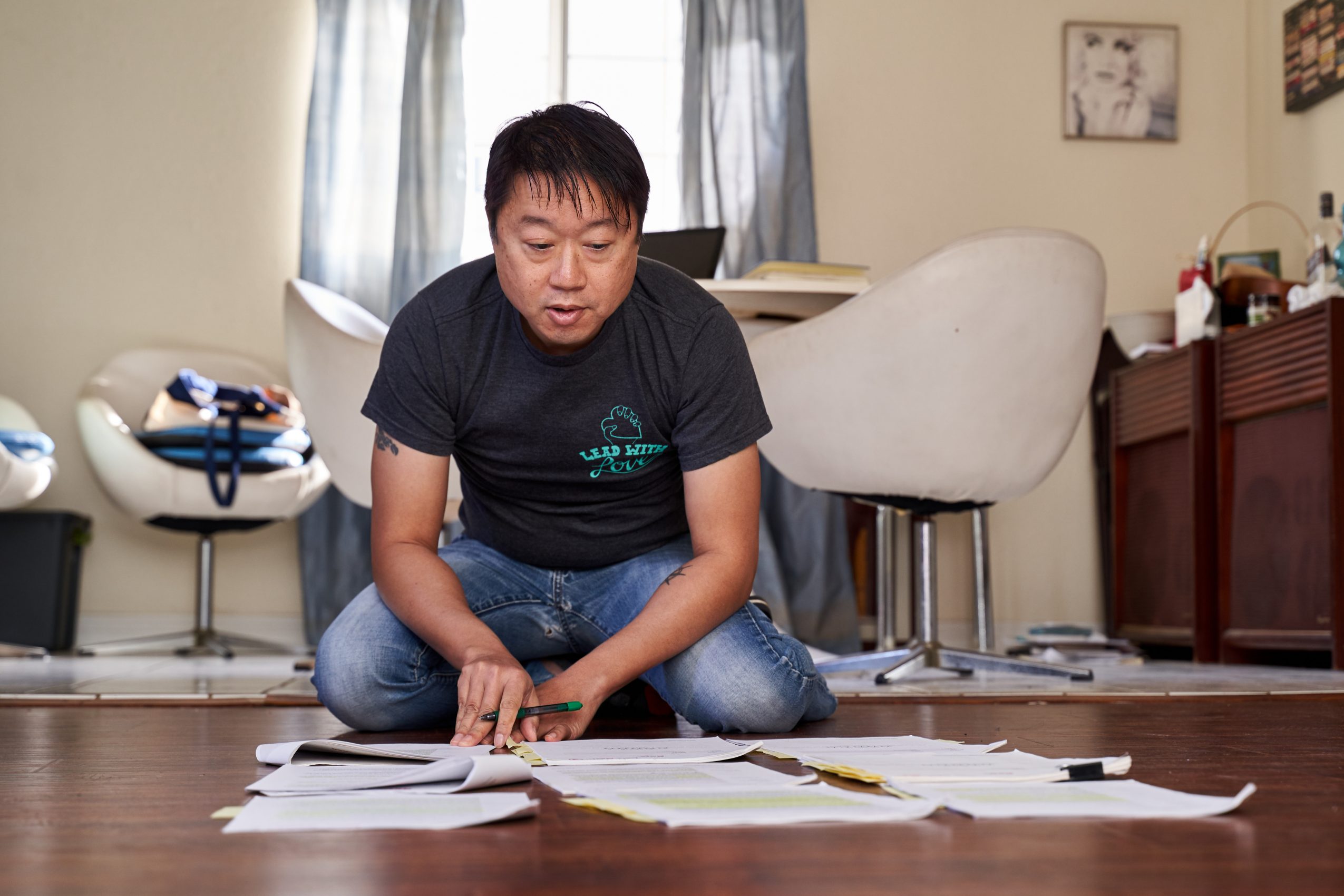 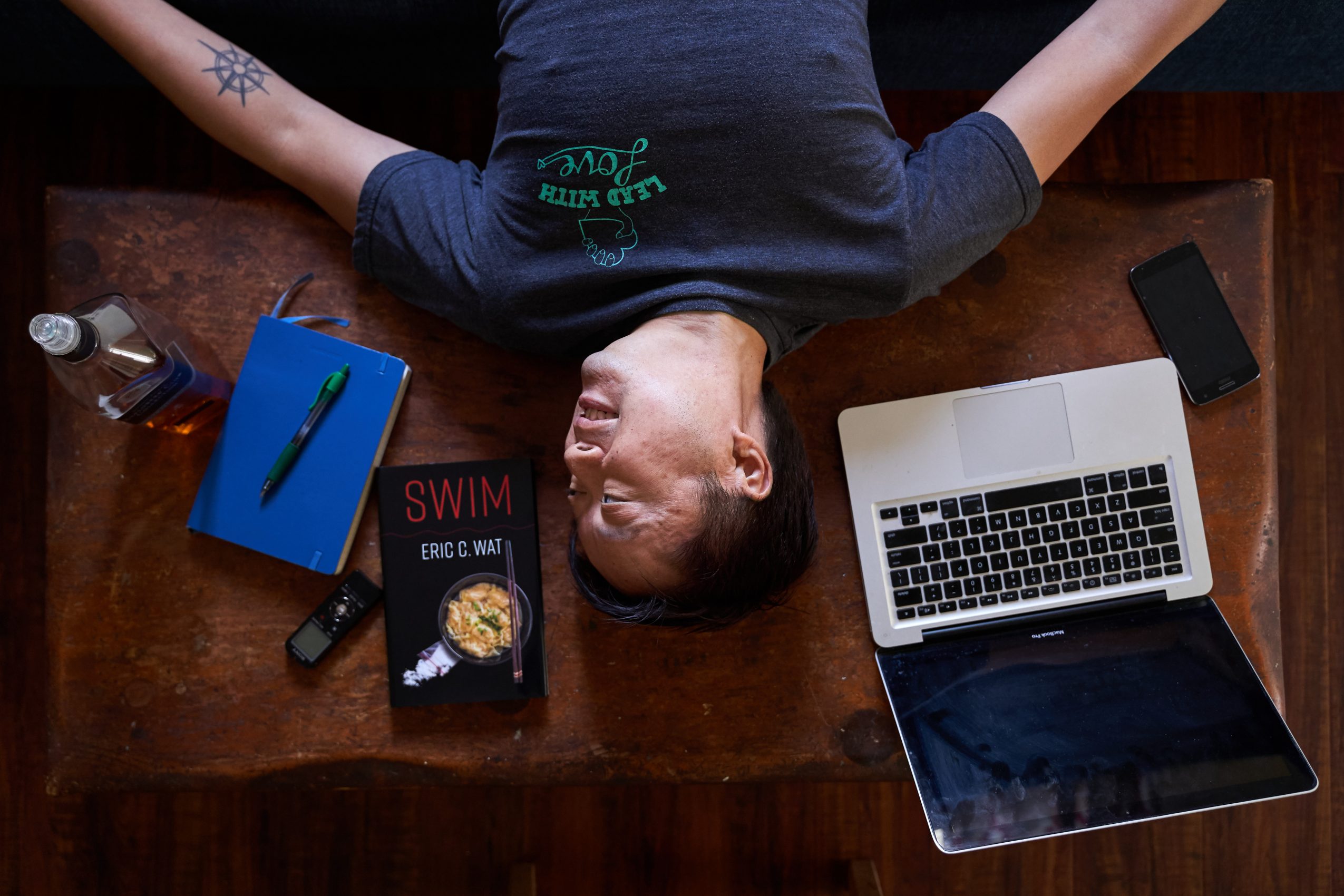 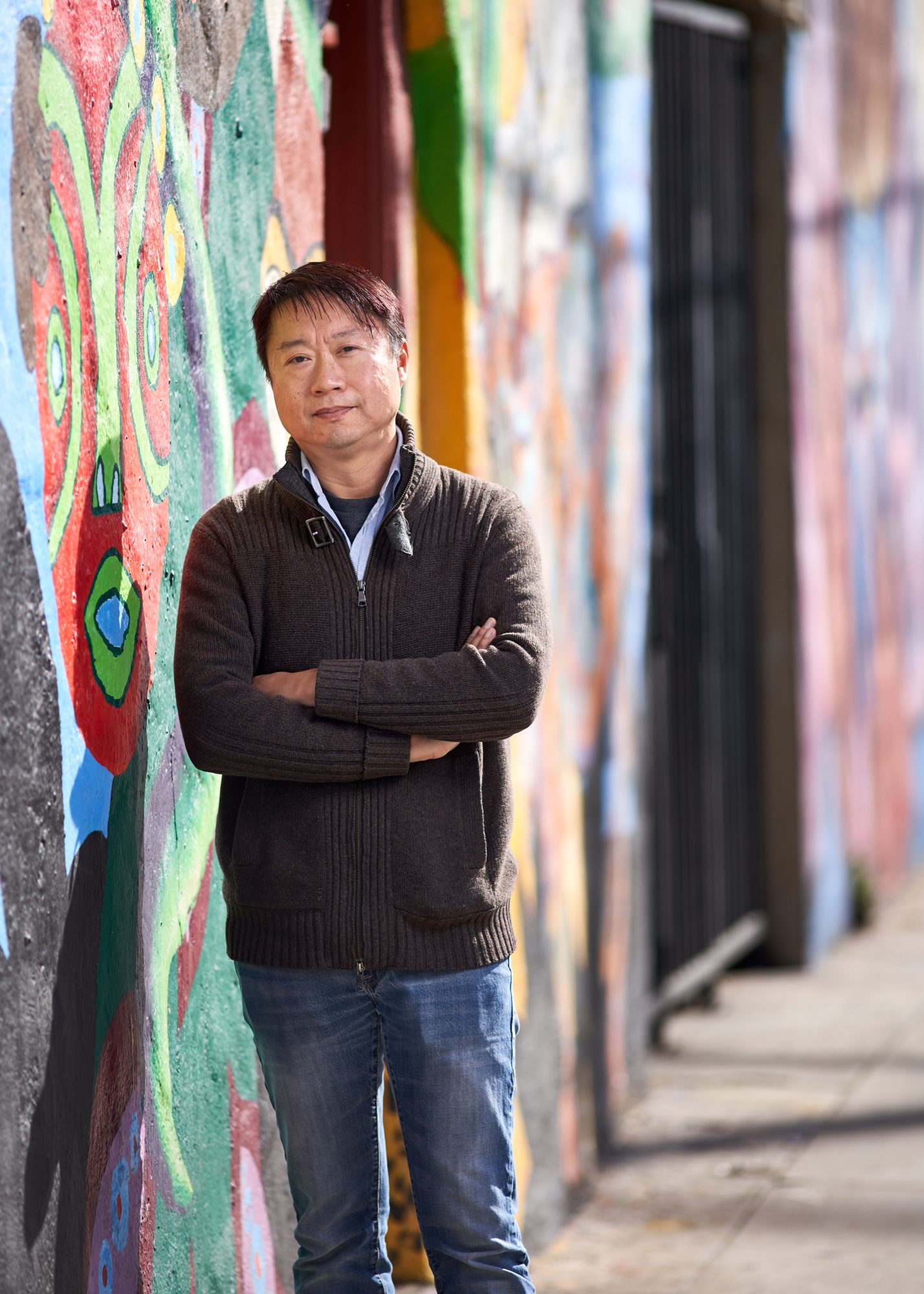 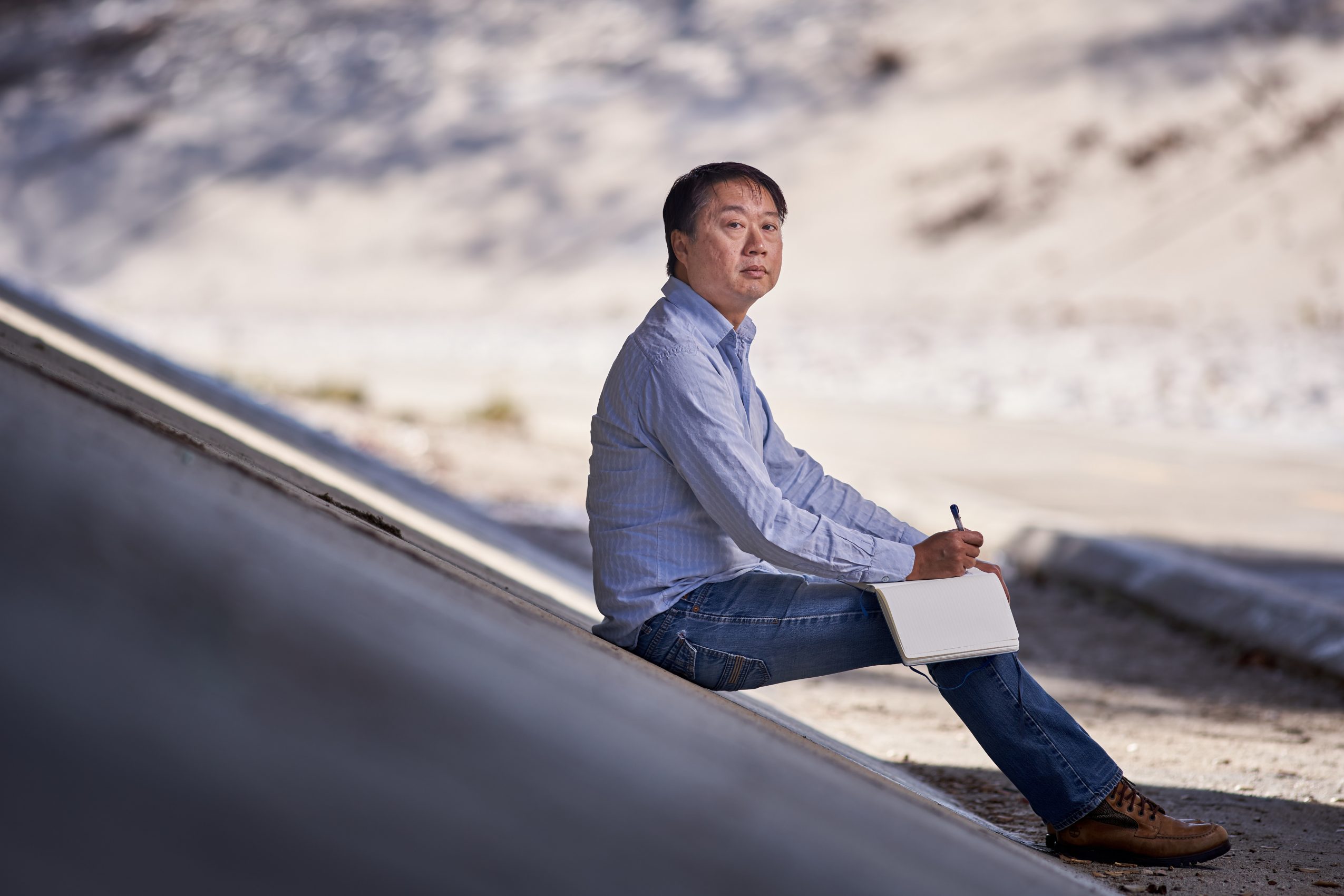 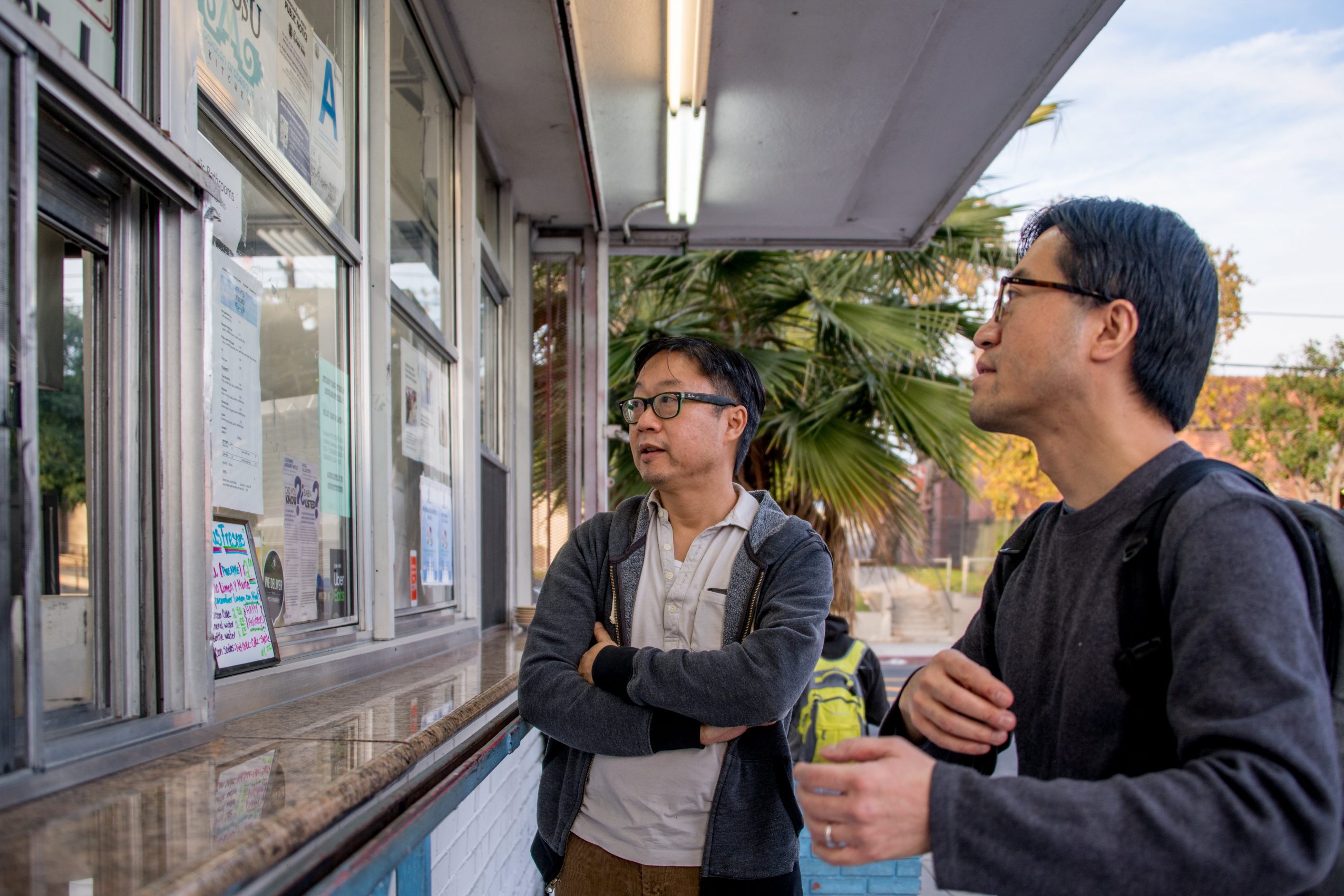 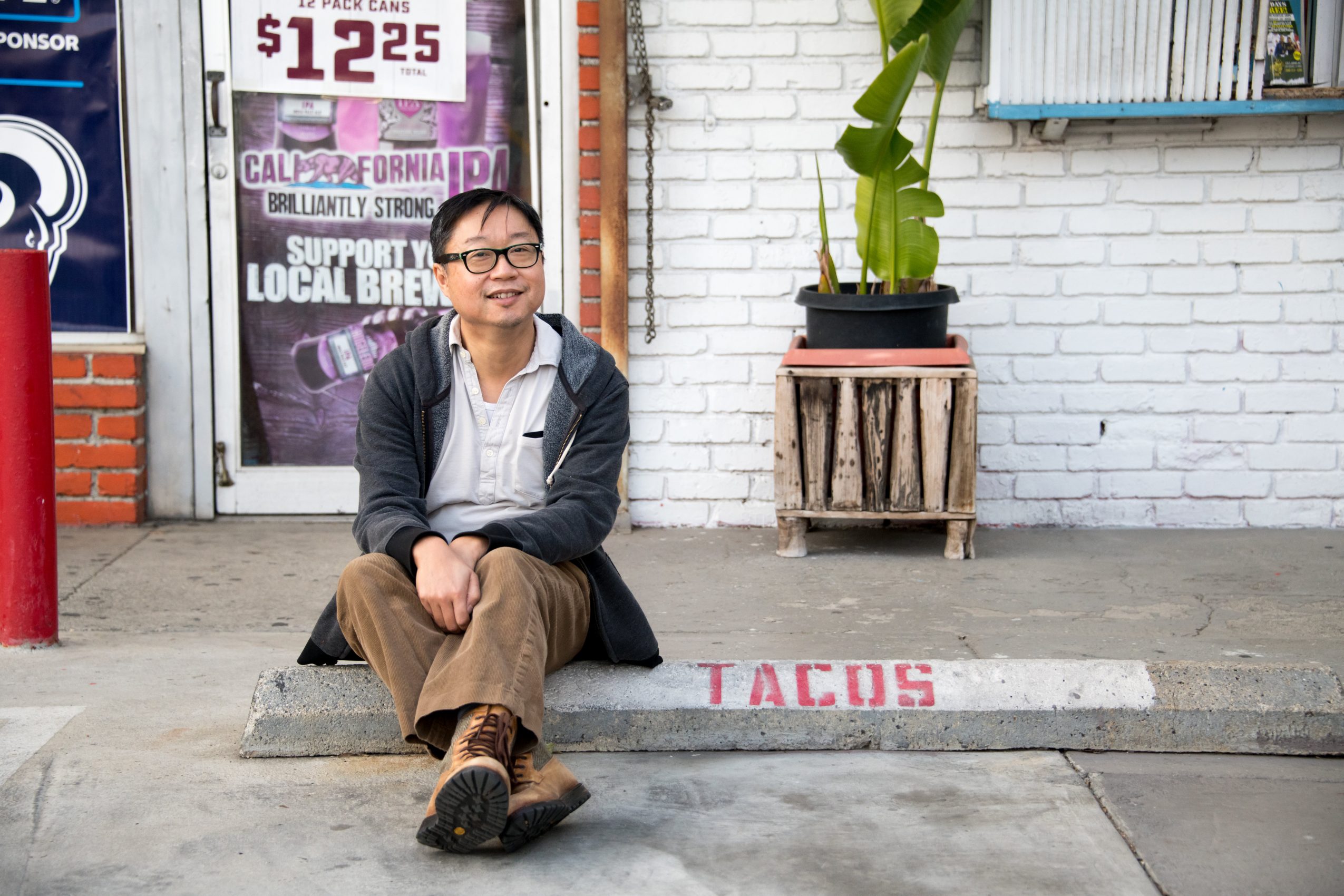