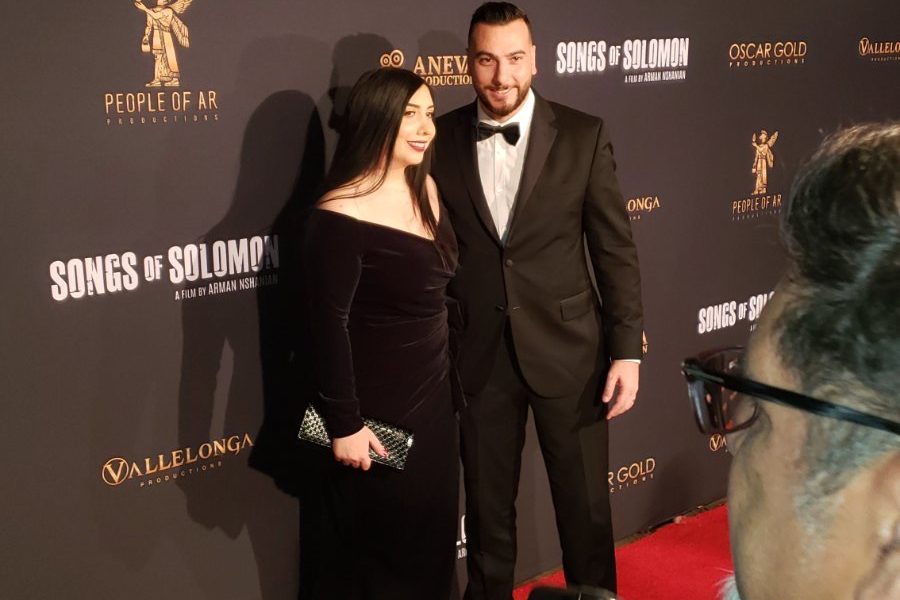 Today we’d like to introduce you to Audrey Gevorkian.

Audrey, can you briefly walk us through your story – how you started and how you got to where you are today.
I’m a native Angeleno (yes, we do exist!). I was born in Hollywood and raised all around the Valley (and as such, am super proud to be an o.g. Valley girl). I grew up obsessing over film and cinema. I remember the moment when the obsession began…I was way too young, but somehow snuck into my parent’s room (the only room with a DVD player at the time) and watched Taxi Driver on DVD when I was 10, and I decided right then and there that directing was the coolest job on earth and I’d do anything to call myself a director. At that moment, the lightbulb in my brain went off. People made movies for a living! (add sound effect of my adolescent mind being blown). And maybe, if I worked really hard, I could be one of those people. It didn’t hurt that my high school was directly across from Disney studios, or that my childhood home was a stone’s throw away from the Universal lot. I lived, breathed, dreamed movies. This led me to pursue a BFA in Film and Television from NYU, where my focus was directing.

There, I also fell in love with screenwriting and production design. I followed that up with an MFA from the American Film Institute, where my focus was screenwriting. I most recently penned the screenplay for the feature film Songs of Solomon, which will (hopefully!) be in cinemas later this year. Things are a bit uncertain at the time, given the recent Covid 19 pandemic. The film was slated to premiere in its country of origin, Armenia, this past April 24th, but will now be premiering in September. It tells the inspiring and (largely untold) true story of a boy named Komitas. Set in 1895, the film follows Komitas, an orphan, who had a once-in-a-generation singing voice. He was a musical phenome and is widely considered to be a musical genius. He would go on to be the savior of Armenian liturgical and folk music. He would also, unfortunately, witness the atrocities of the Armenian Genocide and lose his mind as a result. His tale ends very tragically. It’s a gripping, moving film, and one that I’m very proud to have worked on.

Great, so let’s dig a little deeper into the story – has it been an easy path overall and if not, what were the challenges you’ve had to overcome?
I don’t think anyone can call themselves an artist if everything in their life has been a “smooth road”. I mean, what would they write about? To quote my former UCLA writing professor, Richard Walter, no one wants to go see a movie called “the island of smiling and happy people”. People want drama! And to write anything, even comedy (which is drama with jokes), you need to have faced some adversity in life. That said, I do consider myself very lucky because I was born into a family that absolutely loved and valued the arts. My parents are my rock and it means the world to me to have their support as I pursue this crazy dream of mine. The biggest struggle (and I think this applies to all artists) is not listening to that voice in your head that self-sabotages. I still hear it sometimes, but I’ve gotten better at ignoring it or quieting it up altogether. There is a secret in how you do that. You simply stop wasting time and get to work like your life depends on it because in the end, it does. The key to success, in art, and really in anything in life, is perseverance. Put in the work, the rest will come in time.

We’d love to hear more about your work and what you are currently focused on. What else should we know?
Since I just recently graduated with an MFA in Screenwriting from the American Film Institute, I guess I’d say right now I’d consider myself more a writer than anything else. That said, given my history as a director, I can never fully separate one from the other and largely consider myself to be a writer/director. I just felt, and still do, that writing would make it easier to get my foot in the door in Hollywood. The end game is to write and direct my own original movies. As a director, I love shooting dramas and war films. I’m also working on a war documentary that has been percolating in my brain for years. As a writer, oddly enough, the pendulum sways in the other direction, and I tend to gravitate largely towards comedies. My latest feature screenplay is called DOSA MAN. It’s a film about a first-generation Indian-American kid living in NYC whose lifelong dream is to be a chef, so after hearing about the Vendys, the most prestigious street food competition in the world (think the Oscars but for street food), he defies his loveable but traditional parents’ wishes and uses his dental school tuition to open up a dosa cart in the streets of New York.

What moment in your career do you look back most fondly on?
The proudest moment of my career so far happened just this past year, October 2019 to be exact when I was able to take my parents to the premiere of my first motion picture, SONGS OF SOLOMON. It premiered at the historic Chinese Theater in Hollywood (where films like Titanic premiered in the past for chrissakes!) and I got to experience my first ever red carpet, with the press, photos, the whole nine yards. I got to sit in a packed theater and watch people tear up and be visibly moved by something I had written and I have to tell you, you can’t put a price on that. Seeing people react to characters and words you’ve written and seeing your script turned into a movie is something I wish every aspiring screenwriter will get to experience one day. It was intoxicating and I can’t wait for the film to hit theaters in 2020 and reach even more audiences. I hope to see you guys all at the movies! 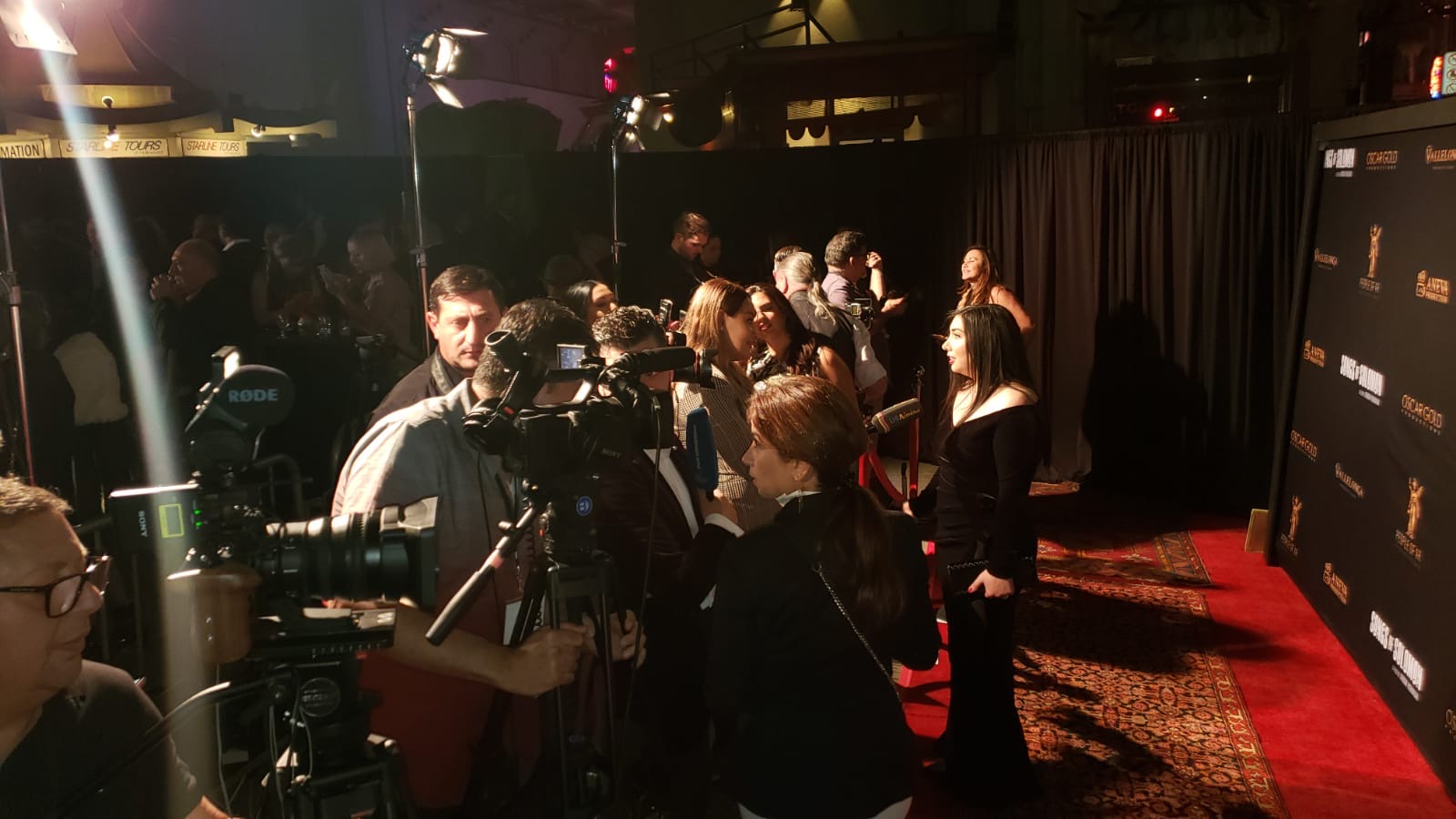 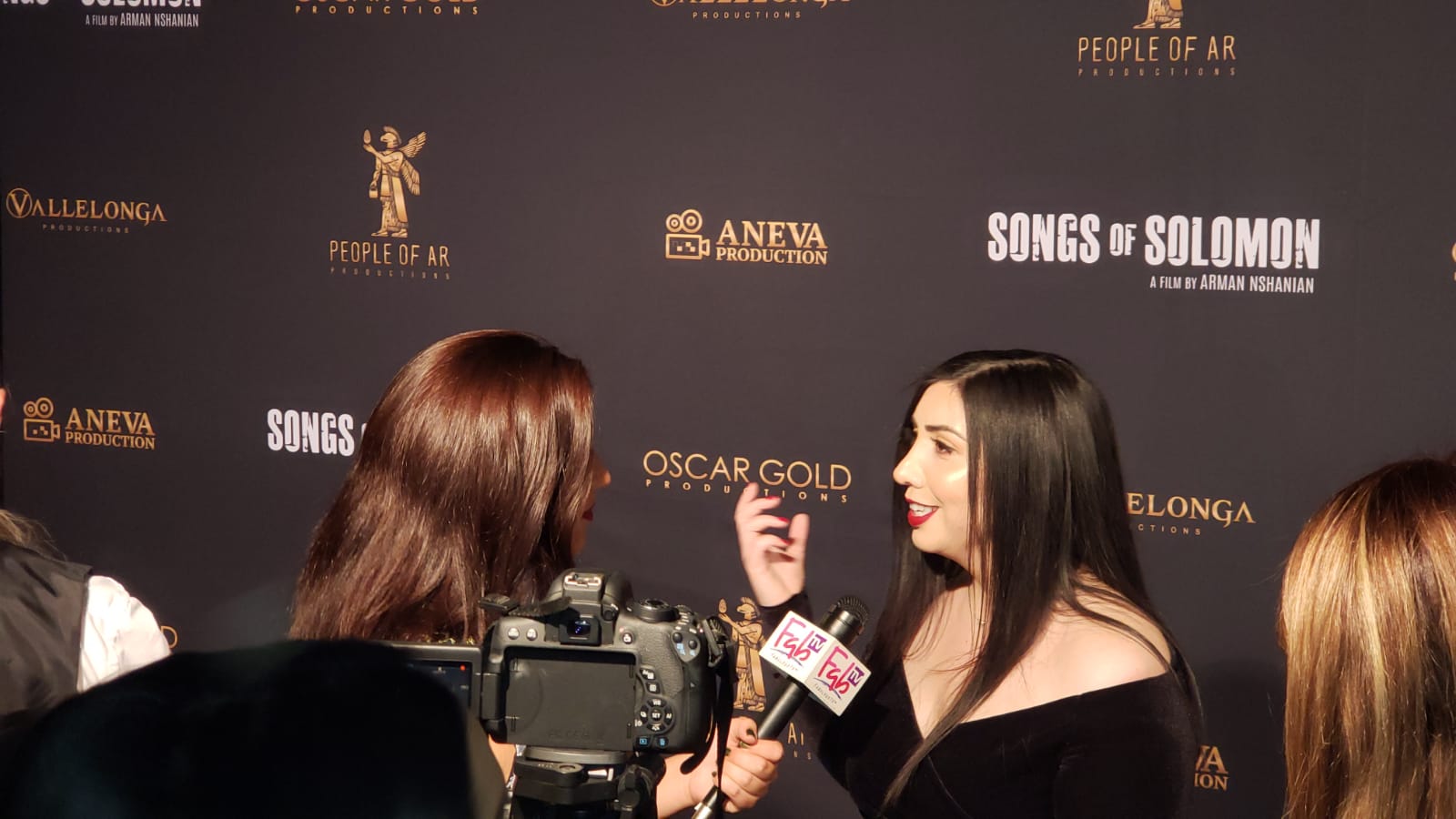 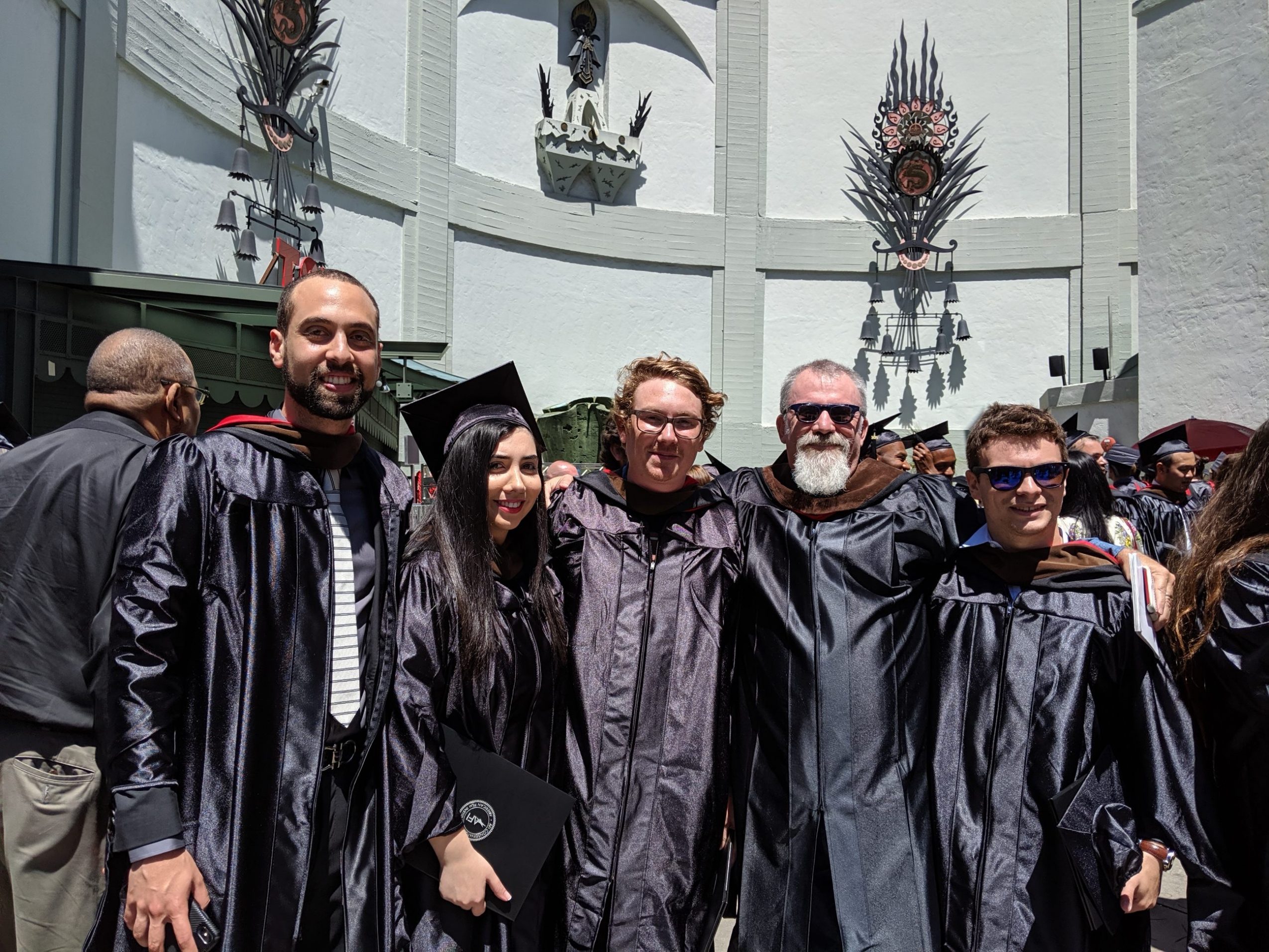 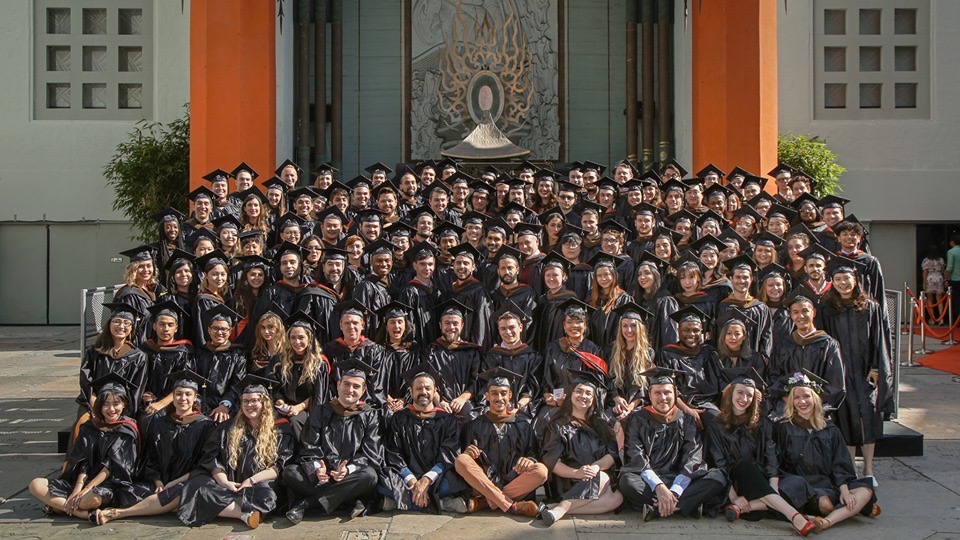 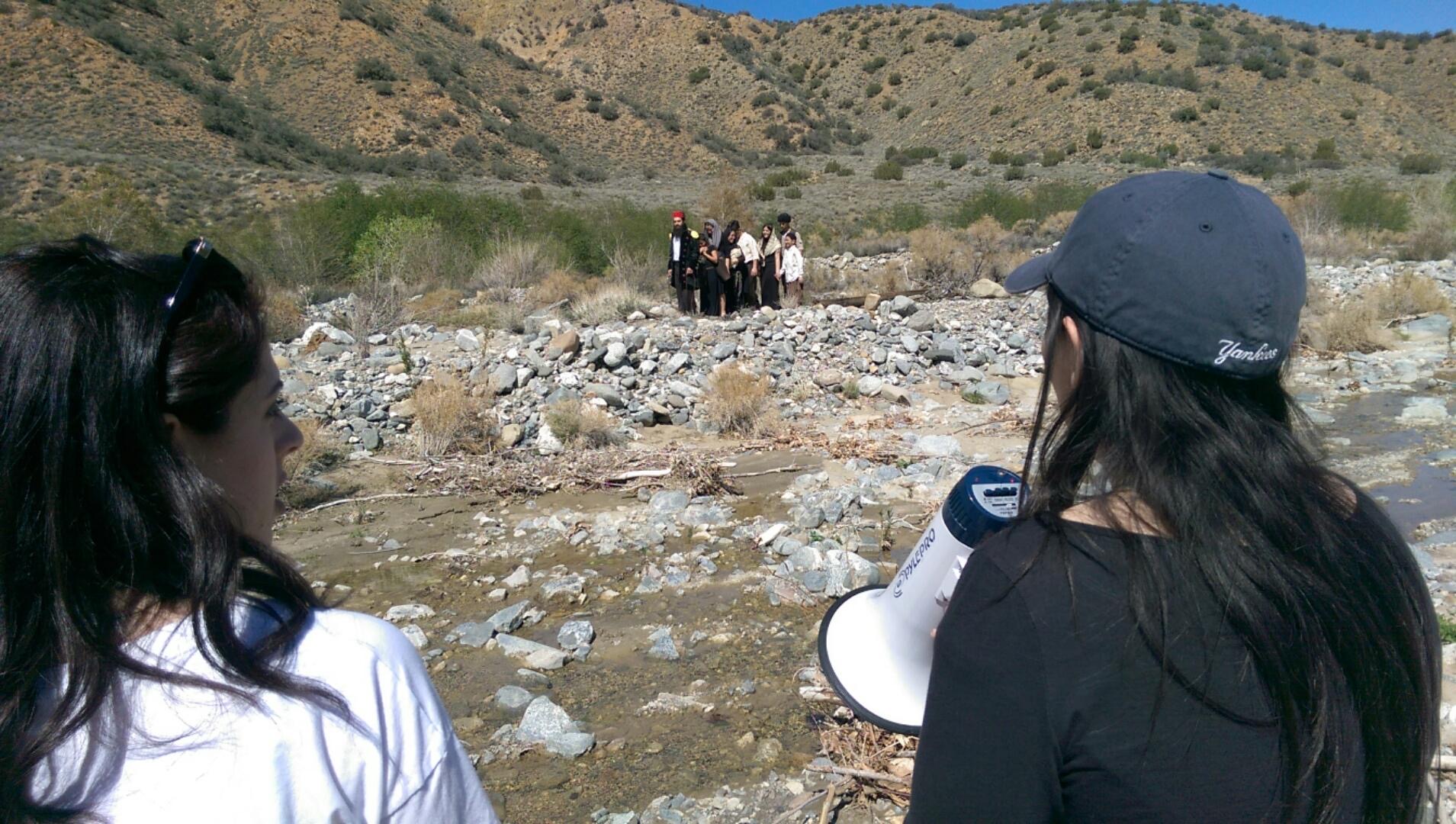 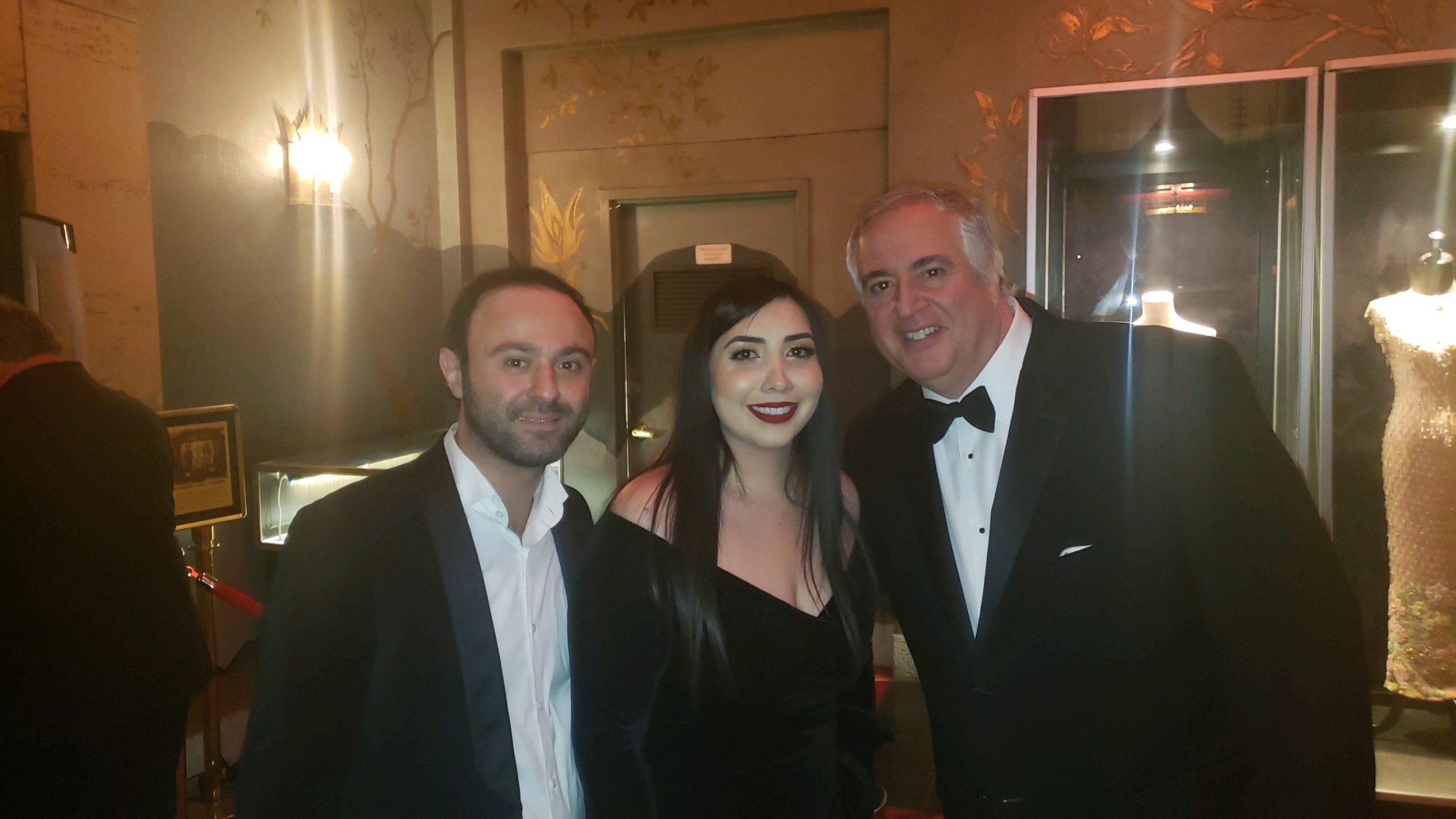 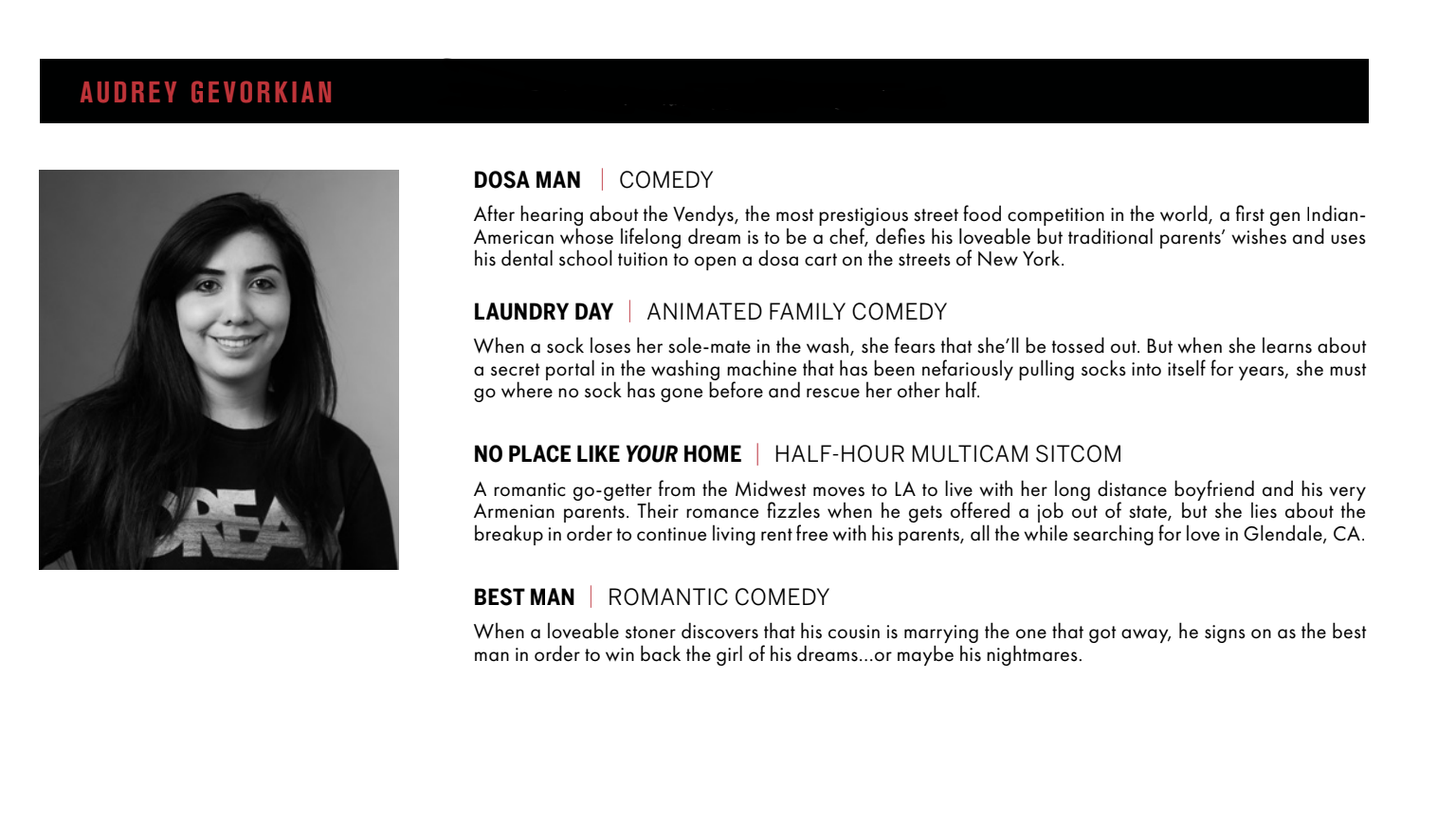