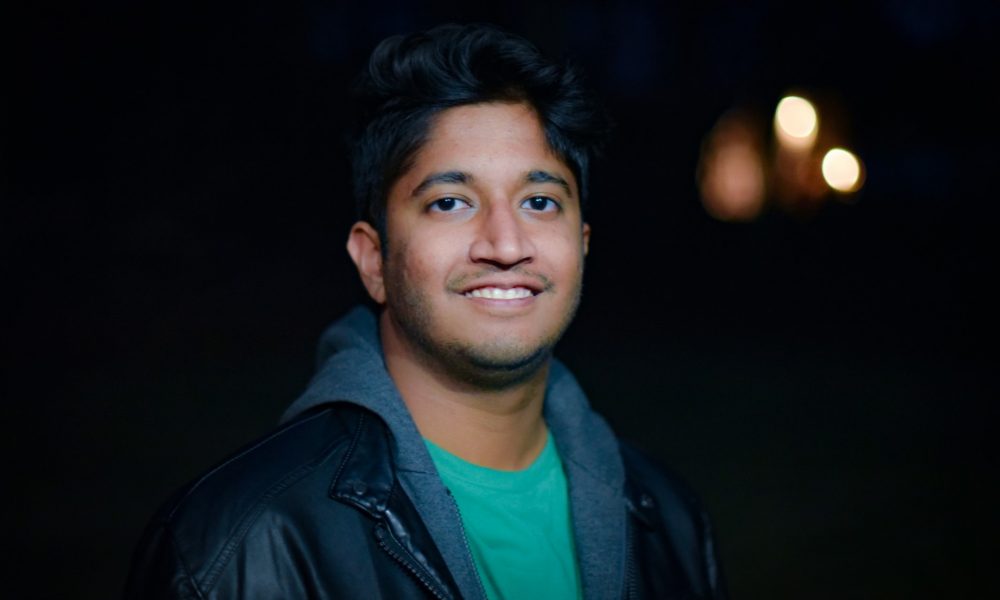 Today we’d like to introduce you to Ashwin Jacob.

Ashwin Jacob believes in living a fully enthused life, and that begins by working with people that really love what they do. With one-degree of separation to some of the most elite celebrities on the planet the possibilities of what can be accomplished at a global level. He brings his passion to each and every client he works with.

This philosophy inspired Ashwin to build a legacy of providing value through the modern day podcast. Ashwin hosts clients, friends, and his plethora of acquaintances to share actionable tips, advice, and real-world stories, for anyone that can spare time to tune in.

He founded New Hollywood to work with outstanding individuals, companies, and organizations to make a lasting impact in the world. Over the course of his career, he has worked with the top levels of talent from music, sports, film, and digital, including most recently the release of a feature film he produced entitled, Habit. In addition to entertainment, Ashwin has worked in publishing, journalism, banking, management consulting, marketing, and fashion.

Ashwin’s practice focuses on the intersection of entertainment, consulting, coaching – but it hasn’t been easy road… Raised in Boston by immigrant parents, he learned to speak English from watching television, igniting his passion for entertainment.

While pursuing his Bachelor’s degree in Marketing from Bentley College, he studied abroad in Florence, Italy – an opportunity that led to his first gig in event promotion.

Thereafter at age 20, he became Playboy U campus ambassador, which quickly led to a life of nightclub promotions and finding his passion for the creative. Through promoting nightlife events, he worked on ads and promotions for Sarah Silverman’s Comedy Central show, Axe Body Spray, and Playboy. After graduating from Bentley, Ashwin started his own talent representation company in Boston called Prolifik Talent Management with his friends.

Prolifik has represented and aided in placing clients with world-renowned companies and brands such as Maxim, MTV, and NBC Universal. While at Polifik, Ashwin began studying for his Masters in Integrated Marketing Communications from Emerson College where he facilitated and taught entrepreneurship through the E3 program.

Eyeing a summer internship, Ashwin applied to and was rejected from every major talent agency – until he met Jorge Hinojosa. Hinojosa, Manager to acts such as Madonna and Ice T– introduced him to someone at International Creative Management, where Ashwin interned over the summer.

When out of work from the internship, Ashwin produced an LA Film Festival award-winning film with one of his clients Jody Steel. When Ashwin decided to leave Boston, he moved to LA with three months worth of rent and about 500 dollars to his name. He was founding member and Head of Talent & Brand Partnerships at Vario Studios.

He’s since worked with top brands and Fortune 500 companies such as NBCUniversal, Disney, BMW, and Microsoft. He has closed millions in deals for his clients, representing celebrities such as Top NFL wide receiver Terrell Owen, Billboard Top 20 Charting Artist Greg Gatsby, and Influencers such as Jody Steel, Dani Noe, and Gabbie Hanna of The Gabbie Show.

He also coordinates TV and Film projects for his clients on both the scripted and unscripted side. Outside of talent management, his work ranges from business advice, personal growth, and interviews with industry leaders in entertainment and the technology sector.

Ashwin has been able to create opportunities for his clients and himself by leveraging social media, professional networking, and above all, exceptional relationship management. In addition to his professional endeavors, Ashwin still reaches to his event promotion roots by hosting several large parties throughout the year for some of the top celebrities, business people, and trendsetters in Los Angeles.

The purpose of these events is purely to connect amazing people to each other. The most important thing to Ashwin is to build a legacy as someone who helps connect people so they can succeed.

Has it been a smooth road?
Honestly no its more often than not always been an uphill battle. When I first wanted to step into the world of entertainment, it was hard since my family are immigrants outside of the entertainment industry. I had to find very creative ways of bringing value to people in positions of power and creative ways to even get in the room.

As funny as it sounds to say my access to parties and ability to create a solid atmosphere was integral to my ability to do what I do now. It’s also super key in putting me in proximity to and having friends that are able to secure the caliber of guests that come on.

So, as you know, we’re impressed with New Hollywood – tell our readers more, for example, what you’re most proud of as a company and what sets you apart from others.
New Hollywood is a multi-faceted media and strategy firm working between the world of entertainment, media, consulting, and coaching. The goal is to leave a lasting positive impact with our team, clients, partners, and everyone we come into contact with.

Life and business are short, and the ability to deliver ultimately determines the lifetime value and reputation of your firm. We strive to have long-lasting and fruitful relationships with each and every client. Ninety percent of our business comes from referrals; a testament to the care and genuine interest we put into each client, consult, and each project we engage.

The thing that New Hollywood does best to set each client up for success with a proprietary culture-first approach that is strategically created to drive results. With experience ranging from entertainment, finance, retail, consulting and fashion, Ashwin prides himself not only on wanting his clients to succeed but needing them to succeed.

If your business is a “middle-of-the-pack,” average company that doesn’t aspire to much, Ashwin is not the man for you. However, if you’re dedicated to transformative growth and results, Ashwin will be committed towards not only lasting positive impact but extreme accountability to your guaranteed growth.

We also have the New Hollywood Podcast available on iTunes, Spotify, YouTube. Where we share for free some of the best tips from our friends and clients who are notable in business, celebrities, influencers, and overall tastemakers, we want people to be entertained by these insider stories and get perspective on why they are giving the tips and context on how to apply them.

Let’s touch on your thoughts about our city – what do you like the most and least?
I love Los Angeles it’s the only place I really ever felt at home with the exception of Florence, Italy where I did a study abroad program in college. I love the weather, highly aspirational and creative people, and its a place where dreams truly do become reality.

The thing I do sometimes feel drained by is with all the awesome things Los Angeles has to offer its hard to maintain real friendships since often times people are motivated by need or who has the best event or opportunity available. That’s a bit of a sad reality. Overall, though I genuinely love it here in Los Angeles. 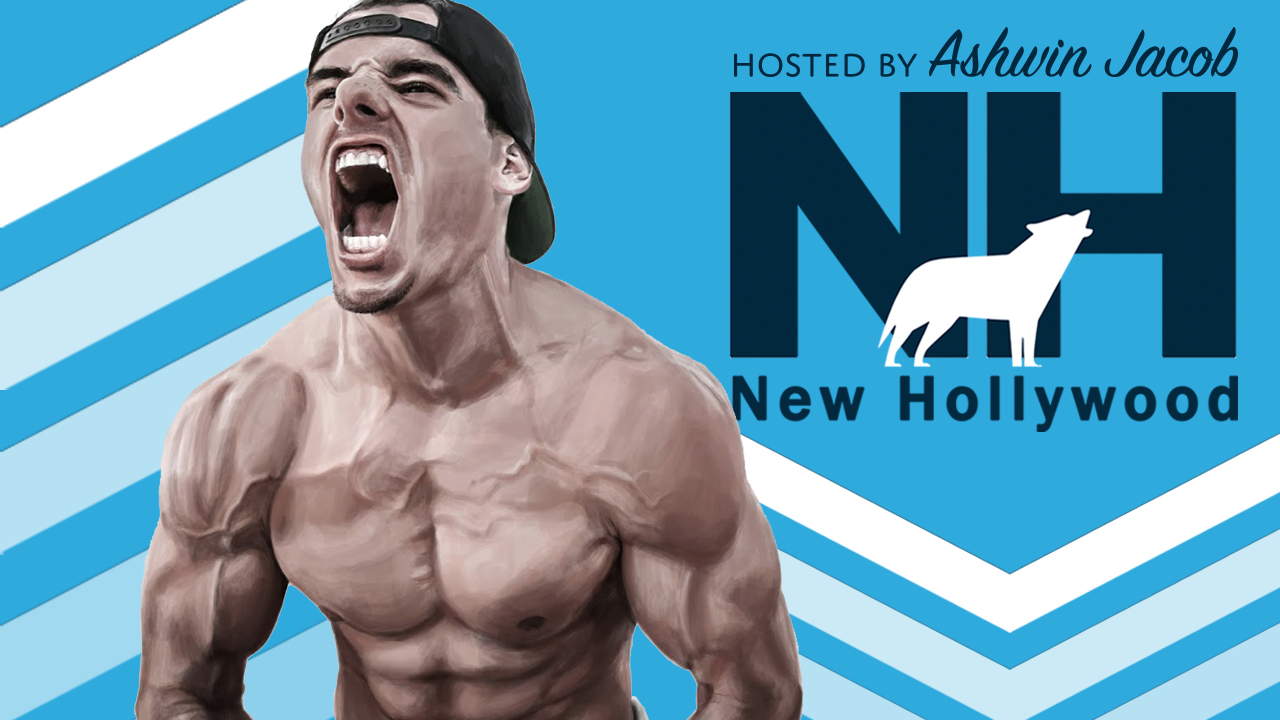 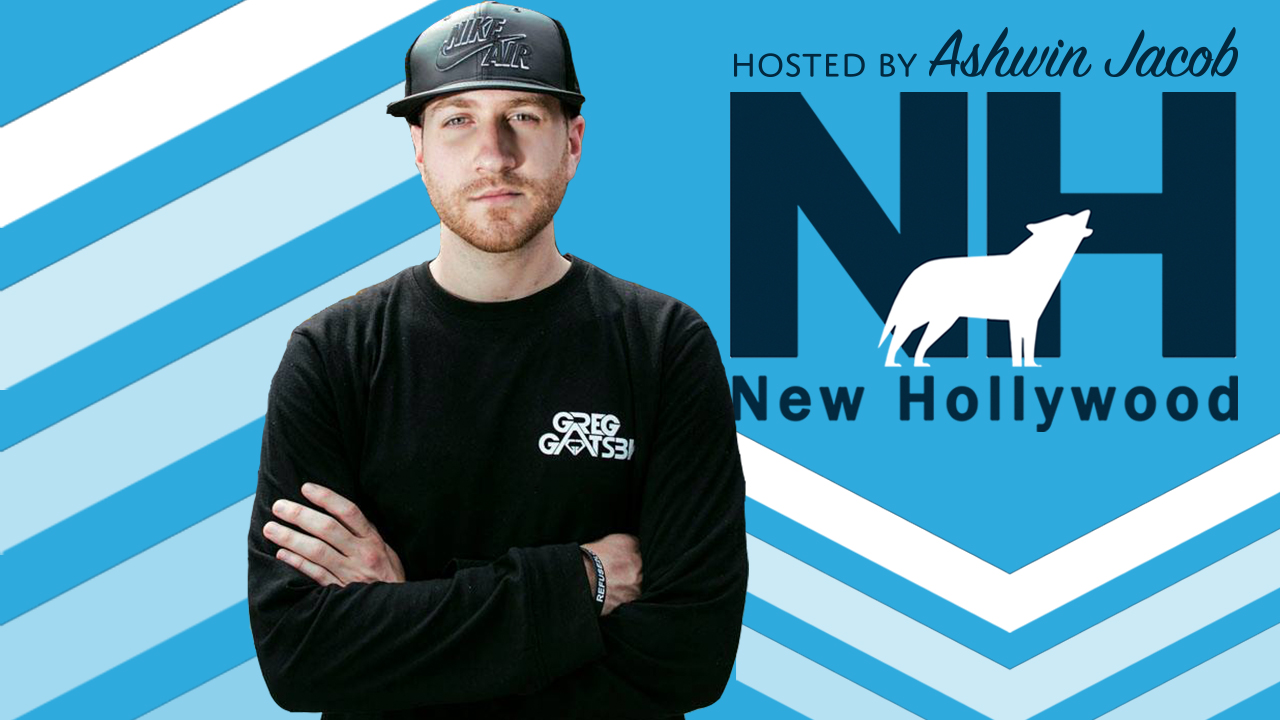 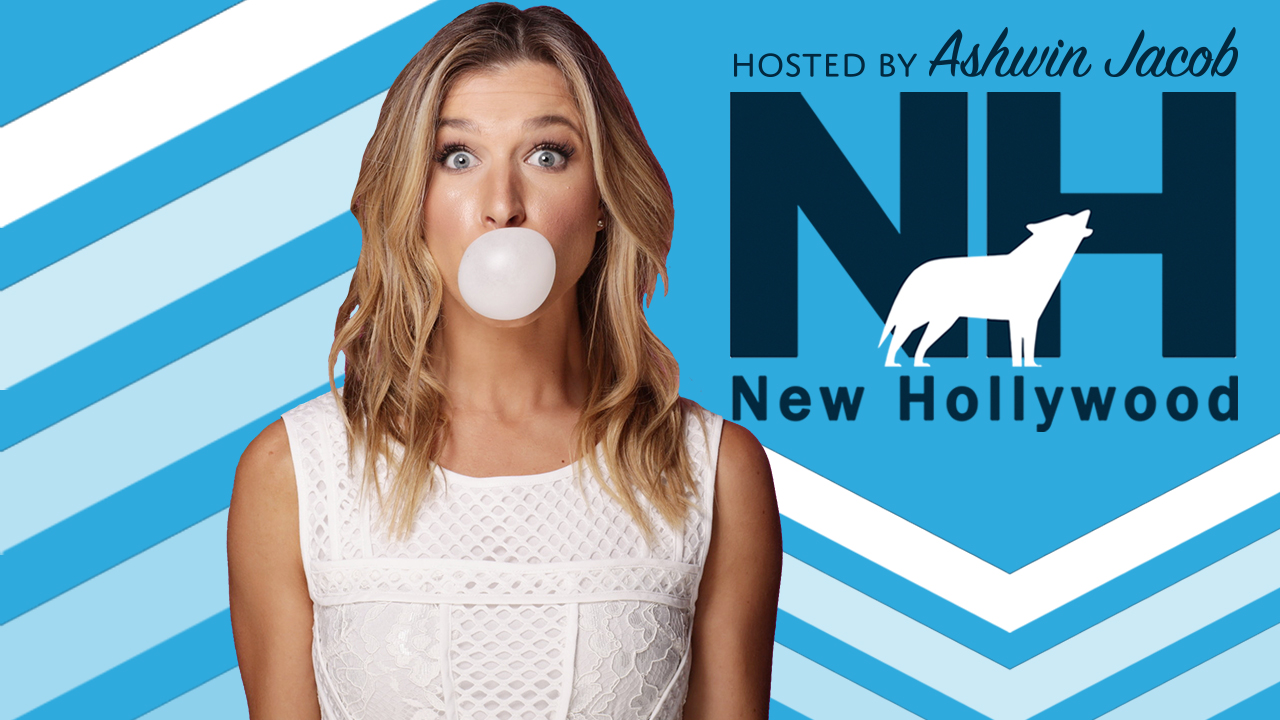 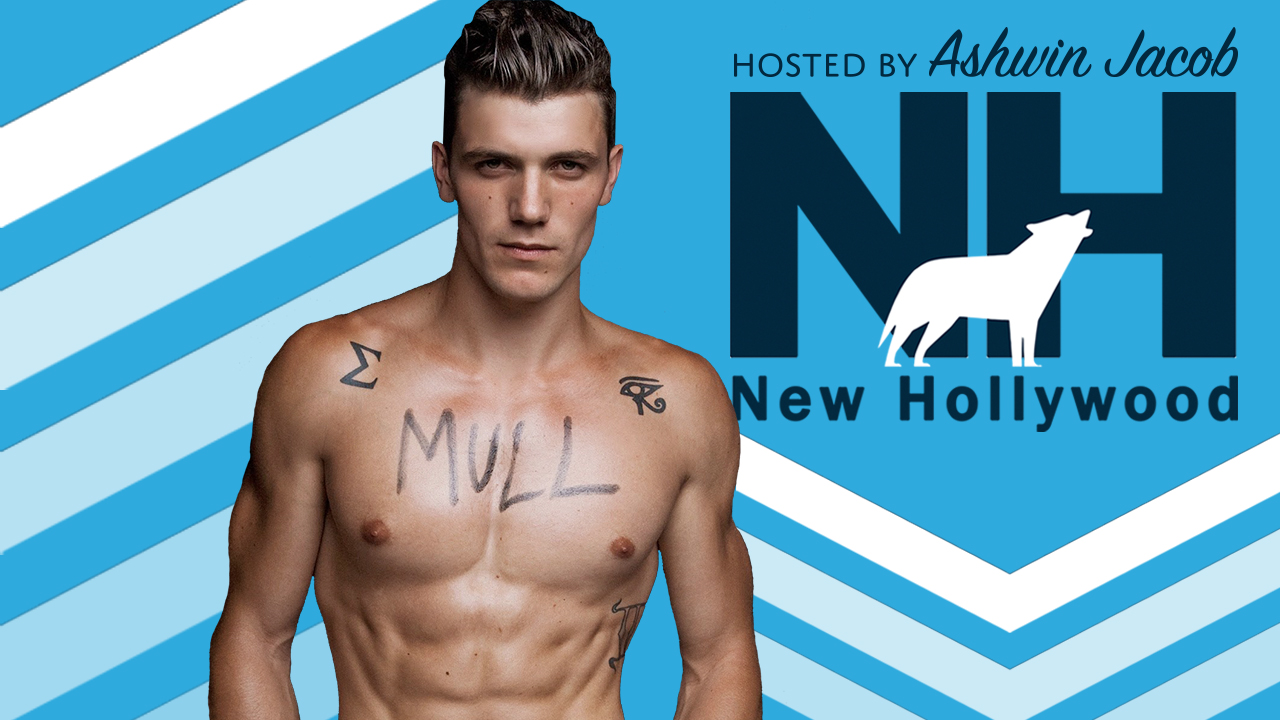 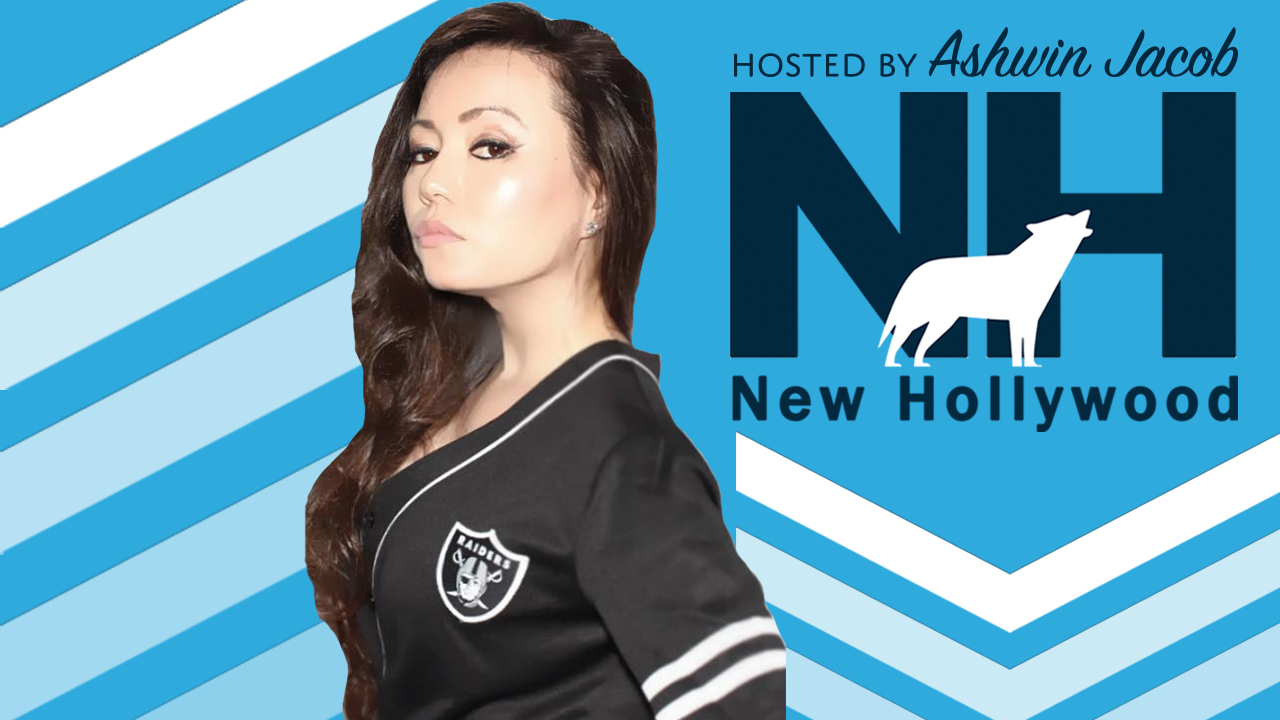