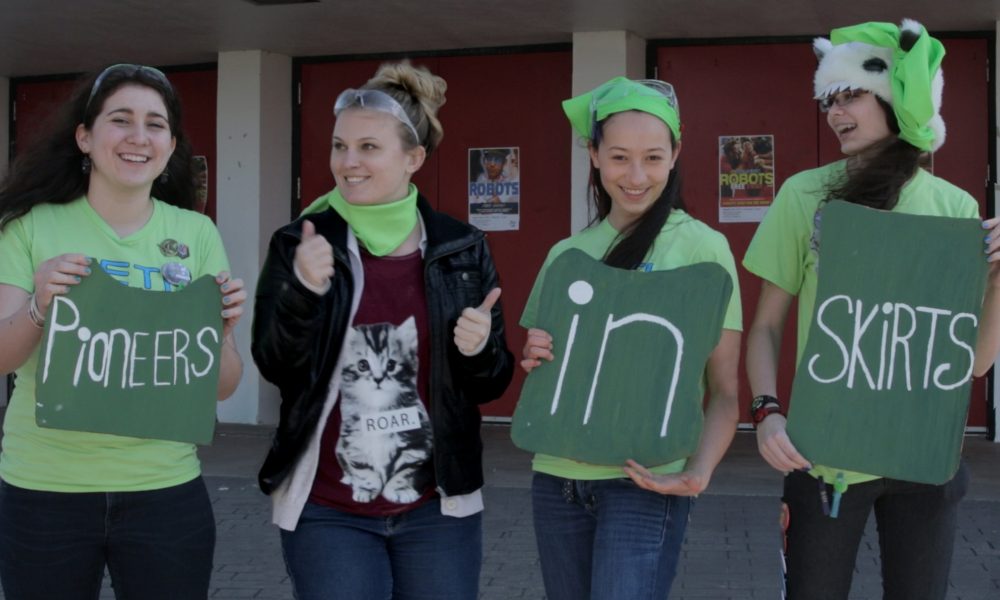 Today we’d like to introduce you to Ashley Maria.

Ashley, please share your story with us. How did you get to where you are today?
As a filmmaker in Los Angeles, I have worn many hats on this journey to filmmaking, but it all began when I was very little – 5 years old – when I kept stealing my mom’s video camera.

I always knew I loved storytelling and being behind a camera, but I didn’t realize it could really be a career until I met my teacher and mentor, Joan Darling, one of the first women to ever direct a television show. Joan influenced my trajectory, and I applied for and was accepted into the Master’s program at the University of Southern California. While there, I grew my technical, creative and business knowledge of filmmaking.

While at USC, I met very talented people who have turned into lifelong best friends and colleagues in the industry. The USC Mafia is real ya’ll.

As a filmmaker who stood out in film school, I won the Directors Guild of America award for my student film “Friday Night Fright.” But, people consistently referred to me as a “woman-director” in this industry. Their tone made me feel like they were positioning me somewhere in their mind. Like, I hadn’t yet earned the right to be called a director.

I saw my male colleagues being put up for opportunities – and getting the jobs. I wasn’t. I did get a lot of pat on the heads and “keep trying” shoulder hits. Was it me? Was I not good enough yet? So, I worked harder.

After a year out of school, I watched as my male colleagues soared past me as I, and my female colleagues, were going nowhere. We were making our own films with whatever money & gear we could muster. We’d work on bigger sets – but at little pay or for free. We wore many, many hats.

After a couple of years of doing that, I knew something was wrong. I was checking all the boxes and working really, really hard, yet I was never seen as a director. At first, I was discouraged.

After a heart to heart with my friends experiencing the same discouragement, and my Mom who experienced similar discrimination as she started her career in tech, I set out to make my first feature film – Pioneers in Skirts. I was compelled to fix the issue even though I really didn’t know what the solutions were yet. This documentary film follows my own journey to understand the gender bias and sexism women confront in their careers – across all industries – and then finds out what we ALL must do to combat this.

I needed solutions if I was going to survive. And, I wanted other women to use them and survive this, too.

I’m excited to say that, just this year, 2020, Pioneers in Skirts has launched and is sparking the conversations and realizations I had hoped it would. The movie has a goal of instigating dialogue and action that results in change, and it’s working. Audiences are sharing that they realize how they, too, have played a role in perpetuating stereotypes of women. In post-screening dialogue, audiences want to discuss their feelings after seeing the film. People want to course-correct.

I’m really loving the response and am hopeful for the future!

Even though I’m working the everyday social impact efforts of the film, I’m also focused on my next film! I learned a lot about me and the world around me when I made Pioneers in Skirts. I’m now empowered to have the career I’ve always wanted in this industry – which means… I’m back to making narrative horror and comedy films.

Overall, has it been relatively smooth? If not, what were some of the struggles along the way?
I made Pioneers in Skirts in partnership with my Mom which was a really nice experience. But, when we started making Pioneers in Skirts, I had other documentary filmmakers tell me “If you knew how hard this will be, then you’d never do it.” So, I guess the hope (and maybe some naivety) of finding solutions for my personal career dilemma gave us fuel to keep moving forward despite the difficulty. We persevered through technical mishaps – equipment breaking on set, cards and drives getting corrupted – you name it! And each time was met with a deep inhale of breath, a centering, and then finding a work-around.

We were constantly fundraising and doing things to save on the costs we were incurring. My Mom and I even were the only people on set often!

In the beginning, we were met with a lot of confrontation for the topic of gender bias – we were told “you are rocking the boat,” “this issue is in the past,” “Ashley’s just being a millennial,” and…my favorite… “you are going to hurt your career by calling out the film industry.”

That hostility was countered with hope. I had access to honest conversations with people I never thought I would have the chance to meet let alone have long discussions with. I learned about their lives and what they experienced. I learned about other industries and what advocate groups are doing to resolve this issue. I made true friends and worked with very talented collaborators who I plan to bring with me on future projects. And, I now have champions in the film industry and supporters who will reach out to help whenever I ask. This is invaluable.

The challenges in my career transformed my career. By making Pioneers in Skirts, I have been allowed to find my purpose and shape who I want to be as a leader. It led me to my first feature that was so much more than a passion project – it became a movement. I’m honored to be its director.

The struggles have influenced how I run my business. I am working to create a more inclusive and equitable work culture for me and the crew that I hire.

And now, after making a movie about it, I’ve added “advocate for women and all marginalized groups” to my career path.

Ashley Maria Productions – what should we know? What do you do best? What sets you apart from the competition?
Ashley Maria Productions is all-encompassing for the work I do in the film industry. It covers the work I do as a director as well as the work I do as a freelance production sound recordist. In fact, these two roles have allowed me to create and teach a “Production Sound for Directors” class at UCLA! Learning to capture good sound is extremely helpful for ALL directors.

And, as a director and writer, I will continue to pursue daring projects in many genres – narrative and non-fiction. In the early weeks of quarantine, I directed a music video – Lights in the Forest V. I feel that leaning into the challenges of quarantine has elevated me even more as a director and a creative who can think outside the box.

What is “success” or “successful” for you?
Success is whatever you want it to be. It’s not comparative and it’s not definitive. We’re always evolving and re-evaluating what’s important. Being mindful of who we are and our values – then living by them every day – is success. Lifting up others. Listening. Believing in what you are capable of is success. Being proud of what you’ve done with what you have and then striving for more. Being ambitious is success. So, I guess this means, I define success as a journey – not a destination. 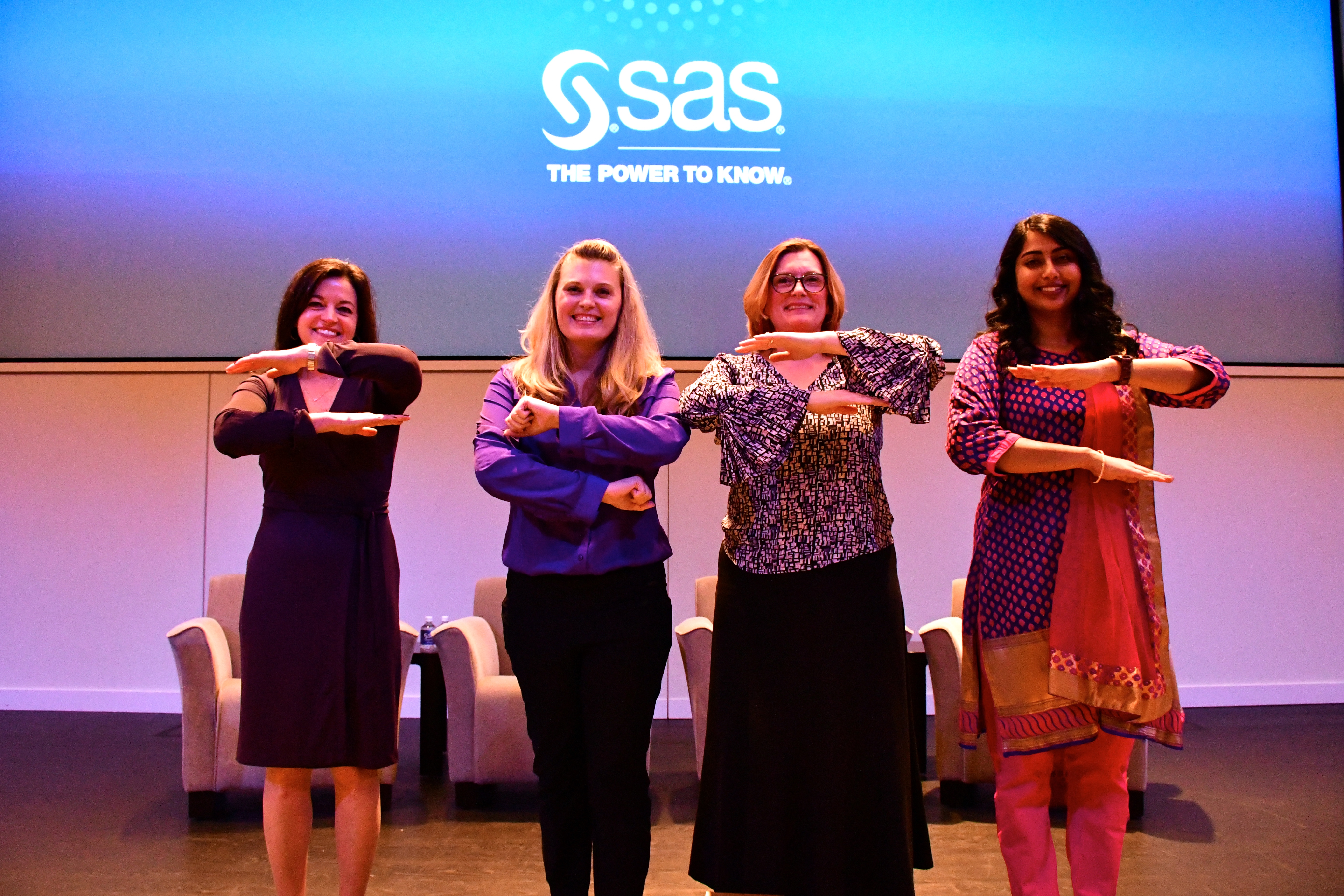 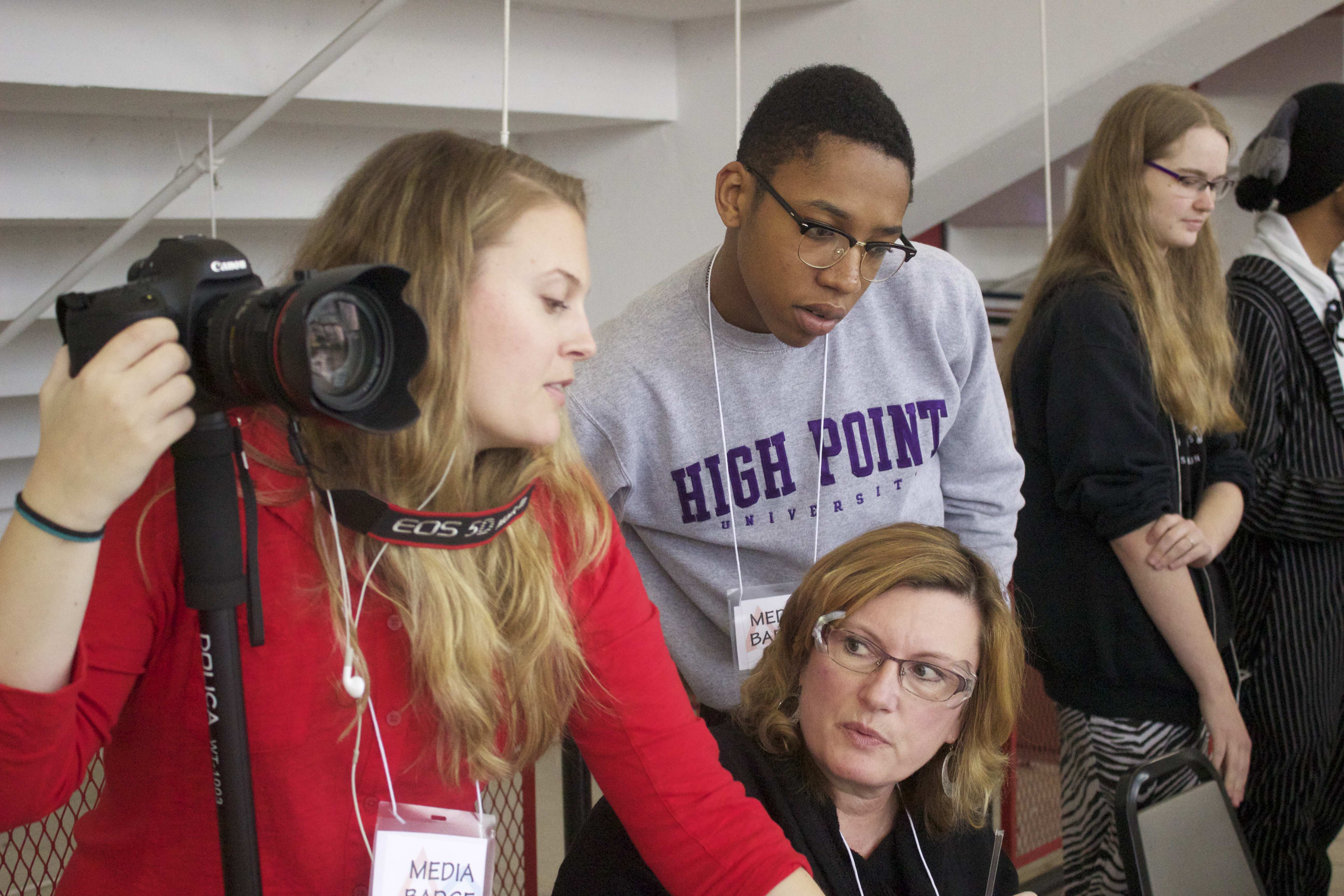 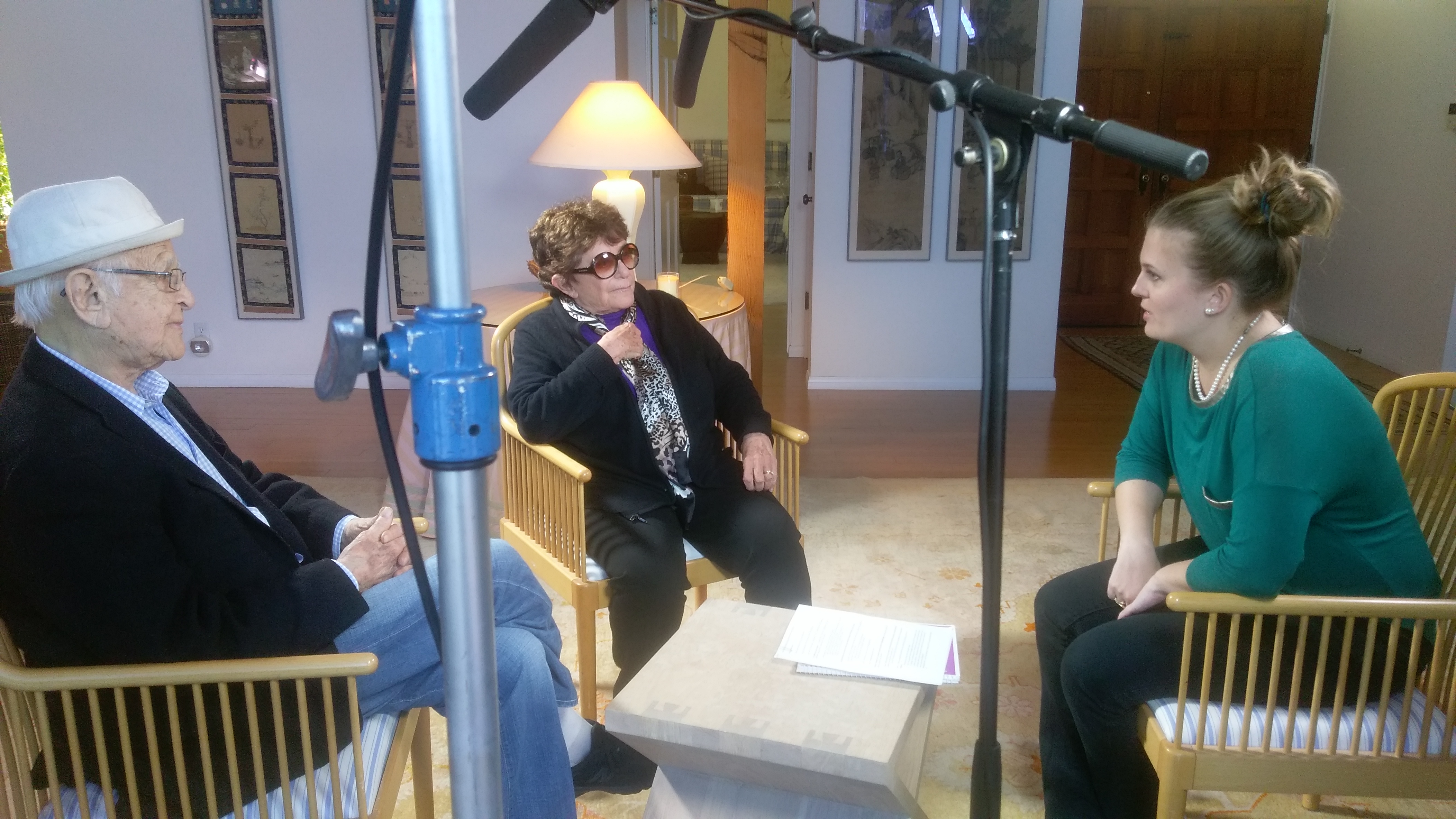 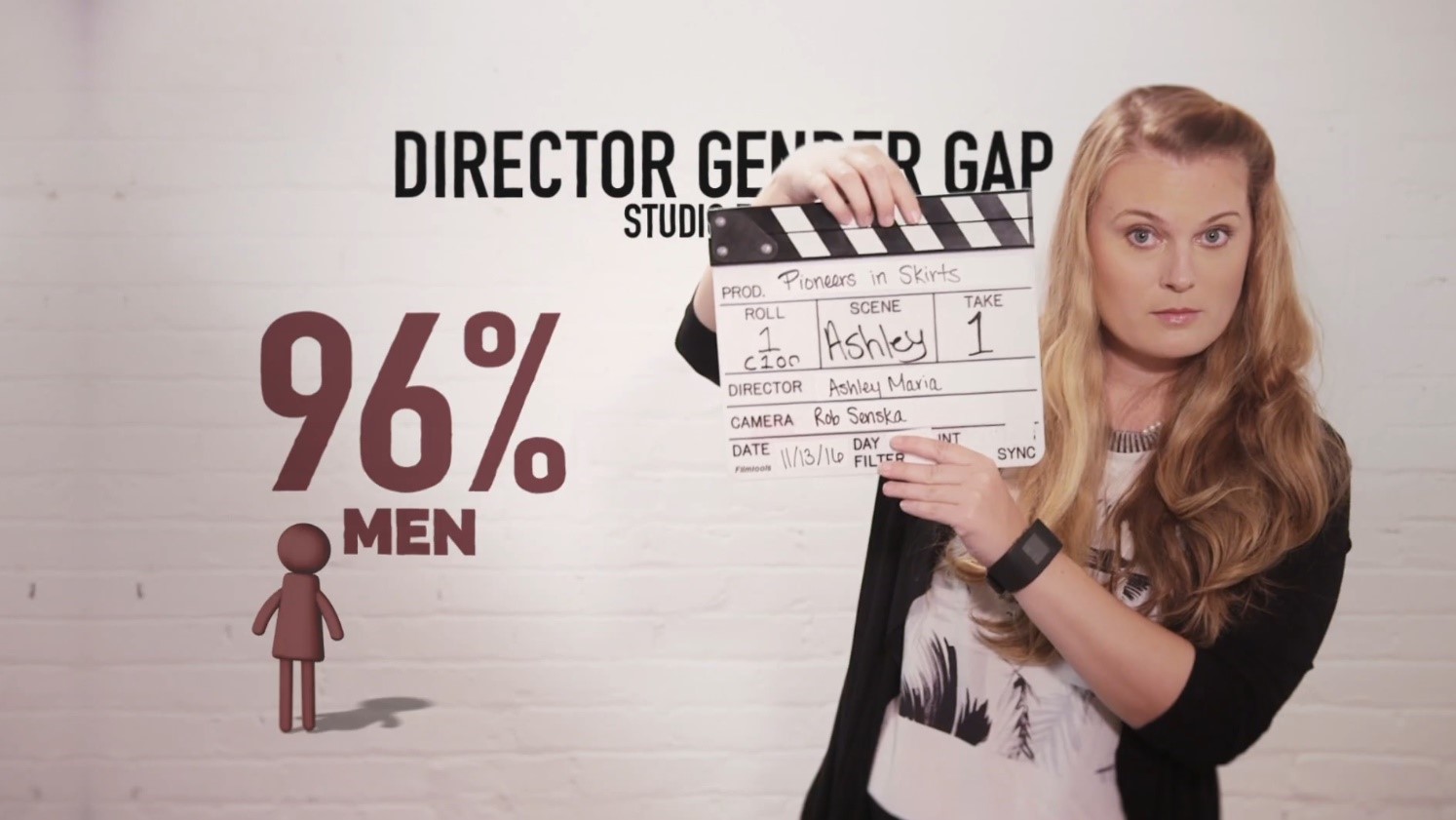