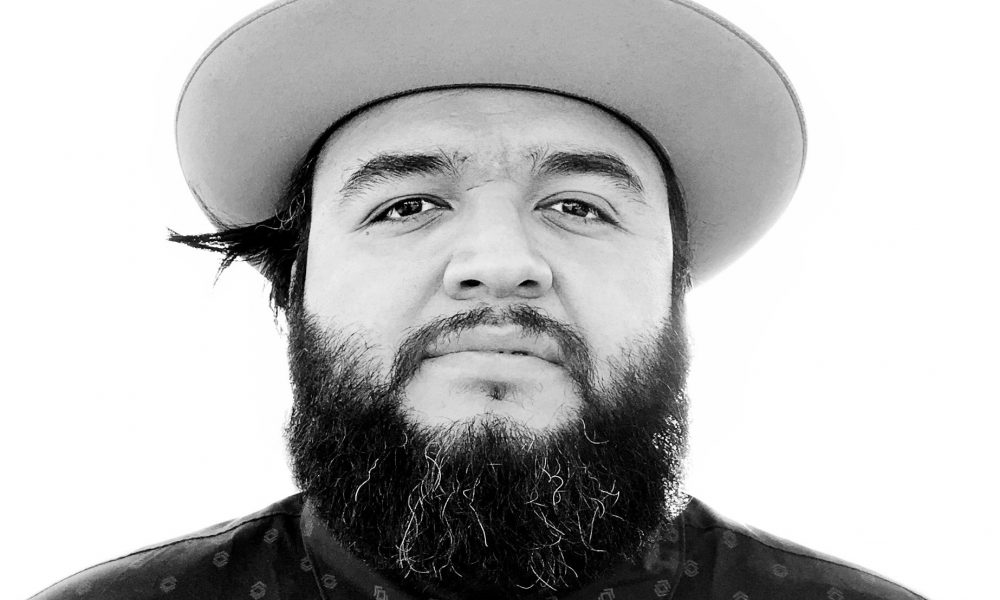 Today we’d like to introduce you to Neph Trejo.

Neph, please share your story with us. How did you get to where you are today?
I got into design because of my love for music. Packaging, merch, I love it. I cut my teeth at a screen print shop in Glendora, CA. I was there for a few years while I was doing the band thing. It afforded me some great deals on t-shirts. I met a girl and thought about life after the band, and I decided to go to school for design. I went and got myself a BFA (graphic design) from Art Center in Pasadena, CA. I graduated in one of the worst times to be looking for a job, Summer 2008. I was lucky enough to land a gig right after working at Biola university, then did some work for my buddy’s shop. There I ended up doing a lot of work for John Mayer, along with some other artists like Sheryl Crow and The Orb as well as a couple of Management companies. Did a ton of work for Vizio. After that, through friends, I landed a job at an advertising agency. I had never worked at one nor did I see myself in the ad world. Nevertheless, I worked on Lexus for a few years and then the word got out that I was a car guy now. As of late, I am jamming at Deutsch on the VW account. Between all that, my wife and I take on photo/directing projects that come our way. We are blessed enough to be able to be selective with what we take on. But we’ve had the pleasure of shooting some rad shows and wrote and directed an Aeropress video for Handsome (RIP) coffee roasters.

Has it been a smooth road?
Def the first bump was graduating and looking for a job in the middle of a recession. Other than that, for me personally, it is the ongoing balance (or lack thereof) of wanting to jump into design full speed or photography. I love both.

Have you ever felt like giving up?
I believe design is a beautiful solution to a need or a problem. Design must communicate something succinctly rather than be left to discussion. It must be logical, it must have been given thought. That’s what separates it from art, in my opinion. Design must work; art does not have to. Art can be an expression of one’s feelings or emotions, but design is a message or an identity for others to understand, not be left to interpretation.

All that to say, once I was out of shool in one of my first gigs, we were designing an identity system… and this had been going on with a few other projects already but this was really the incident that broke the camel’s back… The logo contained a capital A without a crossbar, reminiscent of an arrow. The rest of the wordmark was in gray, with the singular letter A being in blue. I asked why this was, thinking there was some thought behind it, some direction. Like “A” being quality, or first in something. Instead, the answer I got from the principal was “Just ’cause I felt like it.” This might not seem like a big deal, and maybe it is just because of the “design as a workhorse” philosophy engrained in me at Art Center, but I felt like an alien amongst the rest of that crew. It felt, in that moment, that me wanting design to speak confidently and communicate with a purpose was something that the rest of the design world did not ascribe to. And it took the wind out of my sails. That was decoration to me. Not design. But if I was wrong, if that really was design, I didn’t want to be a designer anymore.

I am not an artist when it comes to design. I am an artist when I shoot. The camera is my perspective. Often, people can tell I shot that image because it has my fingerprints on it. Design, on the other hand, is for a client, for somebody other than me. If I do my job well, you will see the product or brand and you will not think of me. I’ll be invisible.

That incident was not a tough as graduating and trying to find work in the middle of the recession of 2008, but it did make me question if wanted to be a designer in a world where design was so frivolous. Alas ,I found other like-minded designers and design shops, and in turn, I was able to join the cause and grow in the craft. I am not as idealistic as I was then, but I still feel that design must work. Saul Bass said, “Design is thinking made visual.” I couldn’t agree anymore.

Let’s change gears – is there any advice you’d like to give?
Los Angeles is not known for being a design force, per se. I think San Francisco, New York, they seem to have more of a badge. But don’t let this discourage you. Good design lives in LA. From fashion to tech to entertainment, hospitality, and automotive… we are in a Renaissance.

I remember one thing my teacher Clive Piercy said: “We don’t need anymore good designers. We need great designers.” See this as a great opportunity. Do not be discouraged or intimidated by the ones that own Photoshop and call themselves designers. Strive to be great. Strive to communicate, to craft, to bring attention to a cause or a message. Do not be afraid of switching industries (e.g. from entertainment to automotive). Don’t be stingy with your ideas. Collaborate, speak up, critique, sharpen one another. I believe this will make LA a design force to be reckoned with in the world. A force you can be a part of.

What are you looking forward to?
I think in life, we are meant to be communal. We are meant to be better than the last generation and we are better together. Legacy is a way of helping this happen. I’m excited about the future, about accruing experience – but accruing experience and knowledge is useless if it is not shared. I most look forward to getting old and sharing all the cool shit I’ve learned as a designer, as an Angelino, as a neighbor. That’s what I’m most excited for.