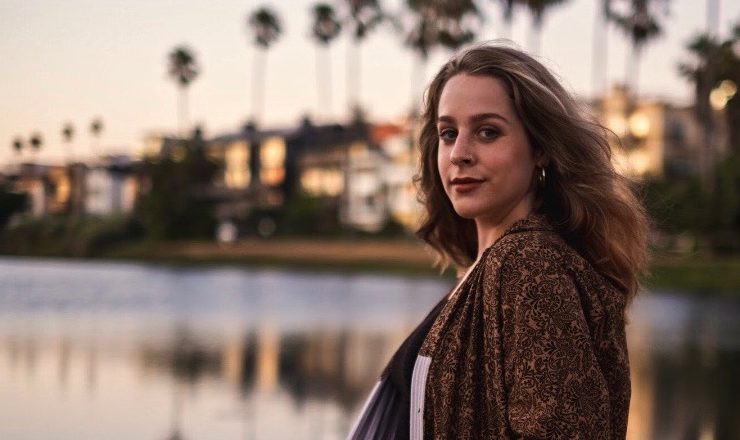 Anilee, let’s start with your story. We’d love to hear how you got started and how the journey has been so far.
From a very young age, I was drawn to performance and creation. When I was four, I started performing on stage at the Santa Monica Playhouse. Community musical theatre has had a huge influence on me. I went to Westside Neighborhood School in Playa Vista for elementary and middle school–there I began singing more contemporary styles, while also continuing my musical theatre training.

After middle school, I attended LACHSA- The Los Angeles County High School for the Arts. I commuted every day from the west side to east LA and got to know the metro system very well. The four years I spent at LACHSA were incredibly formative. I was surrounded by people from all over the city — from the Valley to Hollywood to Santa Monica. The radius for students spanned 60 miles and 80 school districts fed into the school. Let’s just say, my friends were from all over.

At LACHSA, I dove into contemporary music, I was introduced to artists like Erykah Badu, Jill Scott, and my favorite LA-based neo-soul group, Moonchild. For those four years, I was in the Vocal Jazz Ensemble and involved in the musical theatre program. During high school, I became part of a program called A Cappella Academy (ACA), a ten days camp for teens ages 13-18 that was hosted at Mount Saint Mary’s College. This camp changed my life. It gave me music tools and life skills that I will take with me forever. I would probably not be a student at Berklee College of Music if it were not for ACA. It taught me that music school is an option for me, and I can get a unique education in what I am passionate about while receiving the necessary tools to be successful in the industry.

ACA led me to be a part of a high school aged community a cappella group, “Legacy”, led by one of ACA’s founders, Robert Dietz. In 2018, Legacy went on to win the International Championship of High School A Cappella.

In 2017, I was named a Youngarts Finalist–Youngarts is a national high school competition and the winners get the opportunity to participate in a week-long program of masterclasses and performances in Miami.

I became a U.S. Presidential Scholar in the Arts in 2018. This was a huge honor as I was selected out of thousands of applicants, which was narrowed down to only 20 Scholars in the Arts. The U.S. Presidential scholar week concluded with a performance by the Arts Scholars at the Kennedy Center and a trip to the White House.

As a senior in high school, I was nominated by my Musical Theatre director to compete in the “Best Actress” category in the Jerry Herman Awards, essentially the LA county high school version of the Tony’s. I won the competition but unfortunately had to give up my spot in the national round because it conflicted with the U.S. Presidential Scholar week.

By the end of my high school career, I had performed on stage at the Hollywood Bowl three times, Carnegie Hall twice, Lincoln Center, the Kennedy Center, The Monterey Jazz festival twice, and the New World Center in Miami.

I am currently 20 years old and am going into my Junior year at Berklee College of Music in Boston as a Vocal Performance Major. Since my Freshman year, I have been part of the premiere college a cappella group in the country, “Pitch Slapped”, which was recently on the “Graduation 2020” event hosted by Facebook where Oprah was the commencement speaker.

I am on the road to discovering myself, not only a musician and singer but also as an artist. I just released my debut single, “Take Time” on all streaming platforms (listen here: http://listen.lt/AnileeTakeTime). I am finding my passion, not just for performing, but also by creating unique works I can call my own.

Additionally, I am breaking into the world of session and recording musicians, and love being in a recording studio, whether that be laying down background vocals, singing a jingle, or doing a voice-over. I love helping others with their projects, as well as investing time on my own.

Overall, has it been relatively smooth? If not, what were some of the struggles along the way?
When I was ten, I was diagnosed with Tourette Syndrome (TS). Since then, I have been an active participant in the Tourette Association of America (TAA). I have had the honor of performing at numerous Tourette Association events, including Disneyland fundraisers, and the two recent TAA National Conferences in Washington D.C. At 13, I was selected for the national training to become a TAA Youth Ambassador. The training taught us to do presentations at schools and in our communities and to spread awareness and advocate for people with TS and other disabilities.

In the early days of this disorder, my confidence waned. At times, I didn’t want to be around people so I wouldn’t have to explain my tics. Then I saw the story of American Idol contestant James Durbin who also has Tourette Syndrome. I was so inspired that I wrote him a letter sharing my experience. He gave me hope that having TS didn’t mean I had to forfeit my dreams of singing. I eventually got to meet him when we both performed at the same fundraiser. Through performing for the TAA, I gained more confidence than ever.

I am forever committed to my involvement with the TS community and to advocating for everyone with TS by being forthcoming about my disorder. After performing at the Nat’l Conference, a nineteen years old boy named Daniel came up to me and said, “I’m a singer too and you really inspired me!” He is now recording and releasing his own music. I want people to know that disabilities, no matter what they might be, don’t have to stop us from pursuing our passions, being who we are, and doing what we love.

Tell our readers more, for example what you’re most proud of as an artist and what sets you apart from others.
I am a free-lance Musical Artist and college student. I am known for my ability to sing many vocal styles, such as Contemporary, Musical Theatre, Jazz, R&B, Folk, A Cappella, Choir, Gospel, and Classical. I have very skilled vocal control and technique and have been told I am a uniquely soulful singer. I can also read music, arrange, and compose. I am skilled at learning things on the spot, improvising, and taking direction. I can accompany myself on guitar and piano. I also teach voice lessons and am excited to further my development as a teacher.

I am most proud of the community I have surrounded myself with in Los Angeles and Boston. My connections are deep and far-reaching, and I have so many people to thank for my successes. I am driven to expand my network and continue to collaborate with new faces.

Every lesson and every opportunity has brought me to the exact place where I am.

I am so excited to continue my musical journey. 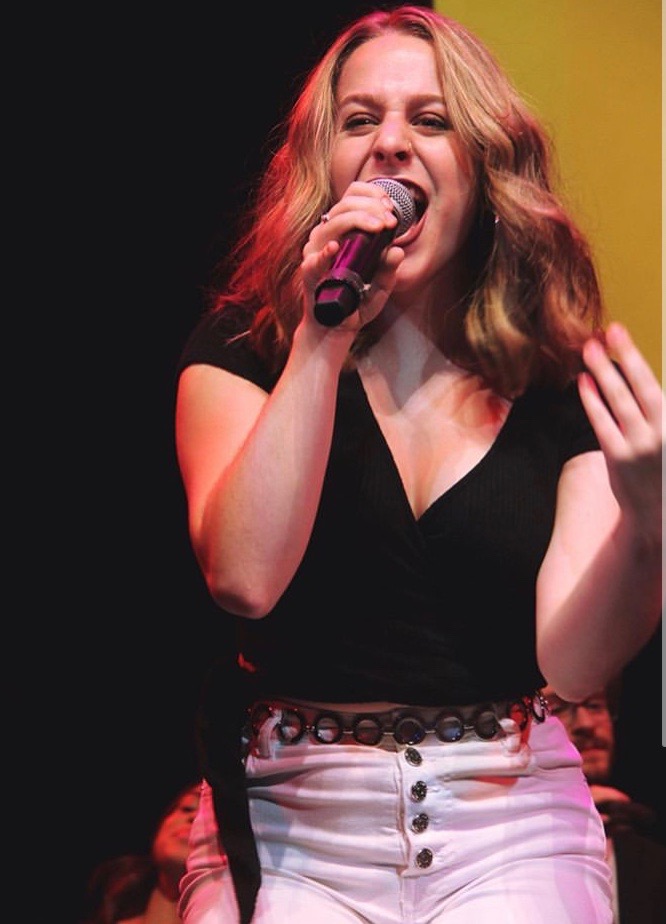 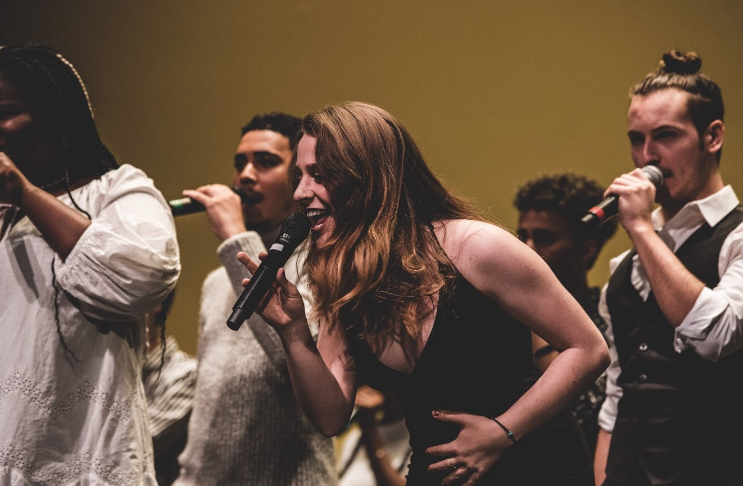 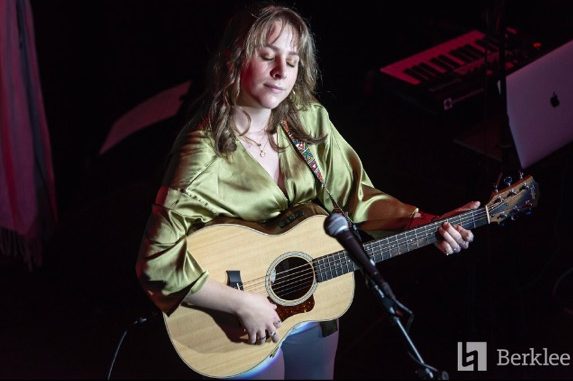 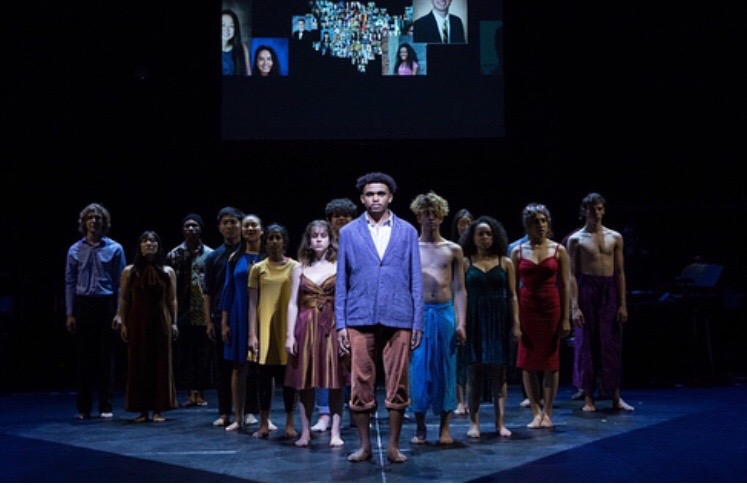 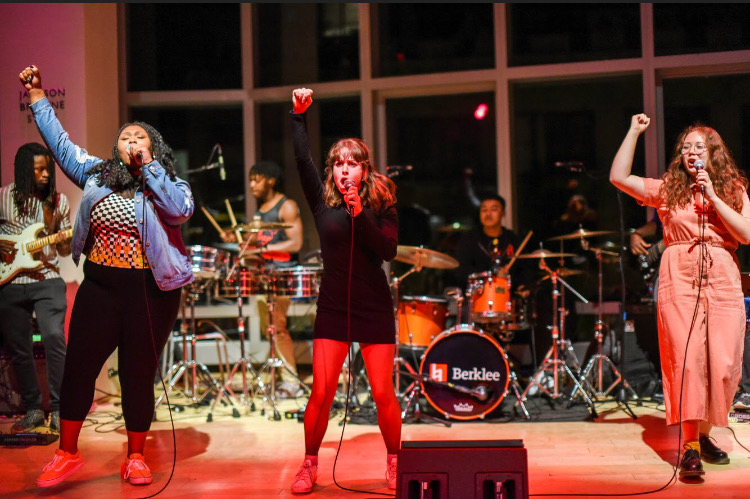