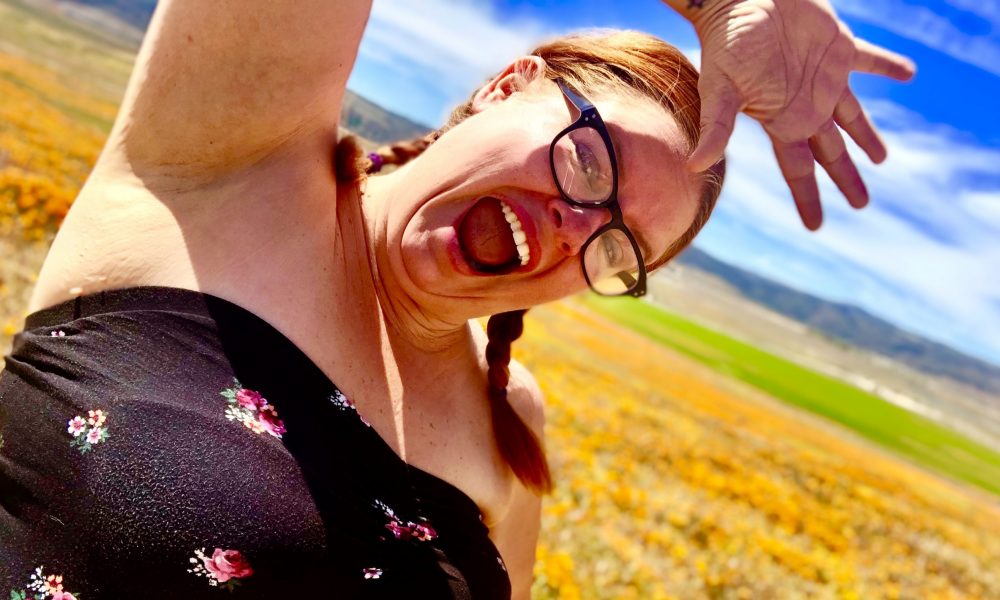 Today we’d like to introduce you to Angela Dirksen.

Angela, please share your story with us. How did you get to where you are today?
I’ve been a professional actress/singer and director for 20 years. After graduating from Stephens College with my BFA in Theatre Arts, I immediately started touring the country directing and performing at regional theatres and teaching children’s theatre. After a few years of living on the road, I made the move to NYC. It’s there I continued my acting career and added casting and writing to my list of passions. Eventually, my career steered me towards tv/film. After appearing in HBO’s Boardwalk Empire and a few international Indie films, I made the decision to move west to LA to focus on my biggest passion; Comedy. It’s here in California that JazzyAngel Productions was born.

JazzyAngel Productions’ mission is to create funny, compelling and thought-provoking content for TV/Film and the Web. Our goal is to find those moments of honesty, integrity, and humor in a world where sometimes it seems like there’s none. Our first project was a dark comedy short called Hidden Secrets. I wrote, starred and produced Hidden Secrets, currently in post-production. Our next project is a horror short called Only You. Written, produced and starring Katie Patterson. I am excited to have JazzyAngel Productions involved in this shocking horror film. We have started the funding for this project. If you want to support the production of this film, please visit our campaign page at: onlyyoumovie.com or go to www.JazzyAngelProductions.com for link.

Has it been a smooth road?
Haha! the life as an artist is never a smooth road and, not to be a walking cliche… the struggle is REAL!

During my first year in NYC, I worked an avg of seven jobs at one time. Working through temp agencies, events work and retail, I was even a tour guide for student groups mostly from the Midwest, which was funny because I always walked one block in the wrong direction before I figured out where I was going… the kids found it funny, the chaperones did not. My favorite “survival job” was working as an elf at Macy’s Santaland. Yes, I said it! I worked for the big man in red! And in case you’re wondering, my elf name was Smores. It was a rough five weeks, but I also got to be in the Macy’s Thanksgiving Day Parade, checking numbers 49 & 50 off my bucket list with this job, AND I met Maroon 5 (Adam was sweet and of course, hot).

I left the industry twice during my 11 years in NYC. Both times because I felt I had hit this “wall” in my career and both were opportunities that gave me the one thing acting hadn’t yet… STABILITY. One job took me into the world of Fashion PR where I literally lived the life laid out in Devil Wears Prada. Those stories you hear about the fashion world unfortunately are true. I once was told I could not work an event as an employee of the company because I was too fat to fit the designer’s clothes. THAT WAS REAL. My friends all said I was crazy, but I stuck it out in that PR job for 2 more years, determined to prove that a fat chick could be successful in the fashion industry. Ah, but I was ahead of my time as the plus-size industry was still taboo and not considered a “real” part of the fashion world.

When I finally hit that fork in the road: Stay in PR or go back to acting, I had a heart to heart with myself. I asked myself what I missed about acting and what I wanted from either career path. And it was abundantly clear to me, I chose acting. I had to. It’s my heart and soul. But I also had to be grounded in what that meant. It meant giving up the steady reliable paycheck, health care, the steady hours. It meant going back into a service job that allowed me to have flexible hours but everything else was unpredictable. I had to accept the fact that I might be poor, and I mean living off ramen poor for unknown lengths of time. And if I made that choice (and this is the big one), I was not allowed to bitch about it! No more anxiety or guilt or depression about not booking the gig. No more looking in the mirror and thinking “if only I was thinner, I’d be working” mentality. It’s that pattern that stops you from achieving your goals. And I was going to do everything I could to change that in myself.

Once I embraced my true desires and focused on what I wanted in my life, things started to shift, I was still poor AF but my inner bully had grown quiet. Not gone, lol. I’m not perfect! But it was definitely quieter. It was that time that I started booking the gigs. Theatre pays squat but I didn’t mind. It was enough to survive and do what I love. Eventually, I turned my focus to film/tv and got cast in HBO’s Boardwalk Empire. It was this experience that got me into SAG/AFTRA and shortly thereafter AEA (Actor’s Equity).

I thought things were going to pick up but they leveled out and eventually I had to have another heart to heart with myself. Was NYC giving me the opportunities I wanted in my career? No. My beautiful city was not. I realized I wanted to focus on my comedy, I wanted to do sitcoms and comedy films like Bridesmaids and Modern Family. I had to move to LA.

Four years ago, I boxed up my life and mailed it West. Put my dog and me on a plane and moved to LA. Since moving to LA, the struggle is still real but this time, I had 11 years of NYC under my belt and my adjustments have been smooth sailing! I still have the “support jobs” in-between gigs but I have more control now than I ever did in NYC. I started my production company JazzyAngel Productions in January of 2019 and have started building my team to create excellent content.

So, as you know, we’re impressed with JazzyAngel Productions – tell our readers more, for example, what you’re most proud of as a company and what sets you apart from others.
Society today is going through many changes. Politically, socially, economically and environmentally, sometimes I stop and wonder, “How do we take it all in and process it?” The one thing that always pushes me through the chatter and chaos is comedy. JazzyAngel Productions’ mission is to create funny, compelling and thought-provoking content for TV/Film and the Web. Our goal is to find those moments of honesty, integrity and humor in a world where sometimes it seems like there’s none.

I’m most proud of, as a founder of JazzyAngel Productions, my ability to gather a team of excellent artists and create something unique and powerful. What sets us apart from others is our heart and passion for society and how we can make a positive impact on society and still allow people to laugh and giggle and cry and grow.

Let’s touch on your thoughts about our city – what do you like the most and least?
I can say without any doubt that the sunshine is my favorite part of Los Angeles. We get a lovely marine layer in the morning with a light fog some days but it all clears out like magic by noon! We are close enough to the beach to always be about 10 degrees cooler than the valley. I always ignore the weather updates on the radio cause they only tell you the temperatures in the valley which do me no good! I also love all the outside movie events that happen year-round. The Hollywood Cemetery, Griffith Park, and rooftop cinemas are so much fun, I highly recommend them!

What I like least about LA is also what I miss about NYC. LA promotes free events but they are never truly FREE. You have to pay for parking everywhere and the lots bump up the prices every time! In NYC, if it’s free, all you have to do is show up. The subway and walking is all you need in NYC. In LA the Metro is not 24 hours and it’s not available everywhere so you have to drive or fork out the money for rideshare. I miss free events. I’m looking forward to the day the LA Metro actually works for me, I’ll get rid of my car in a heartbeat when it does. 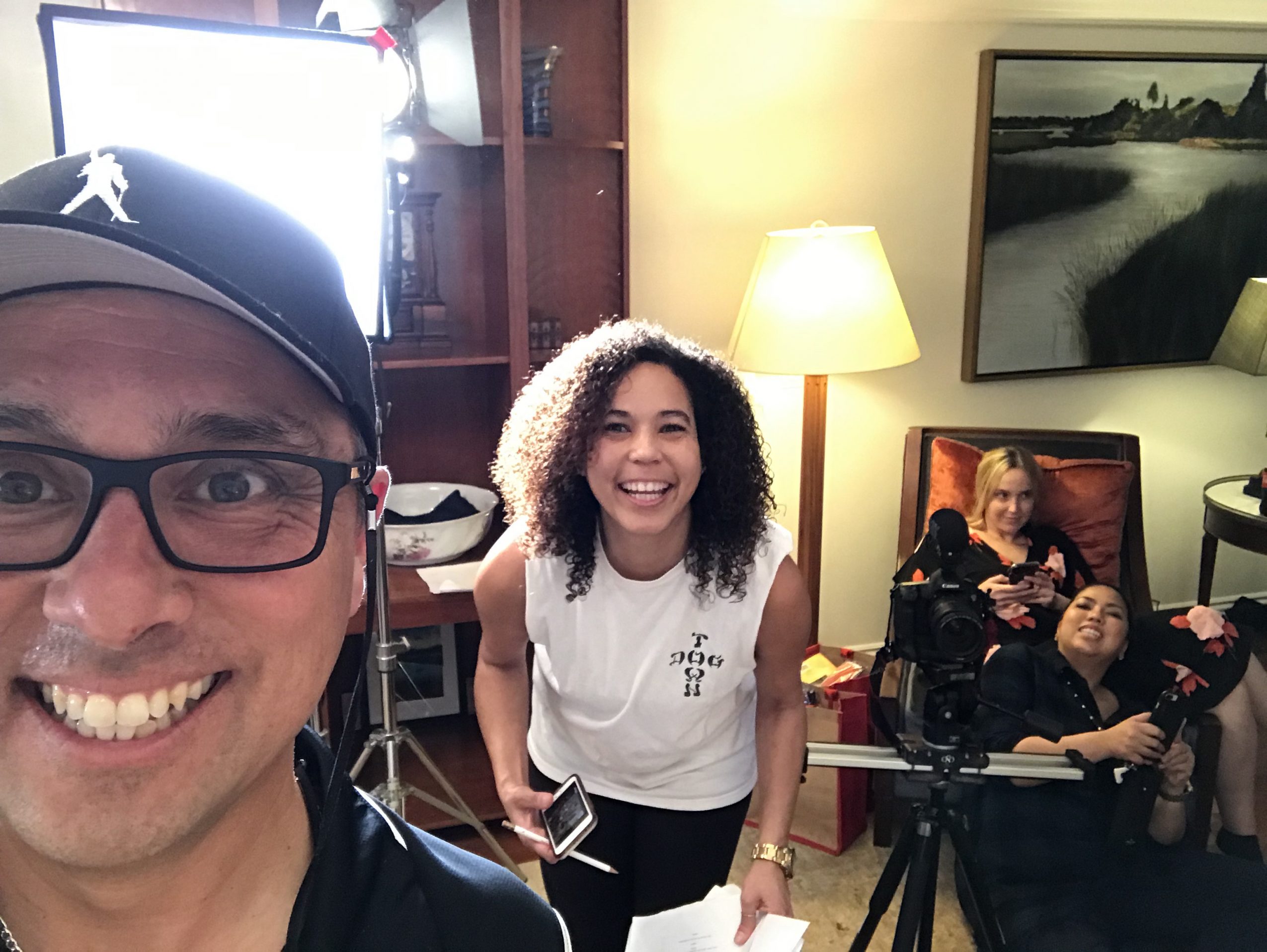 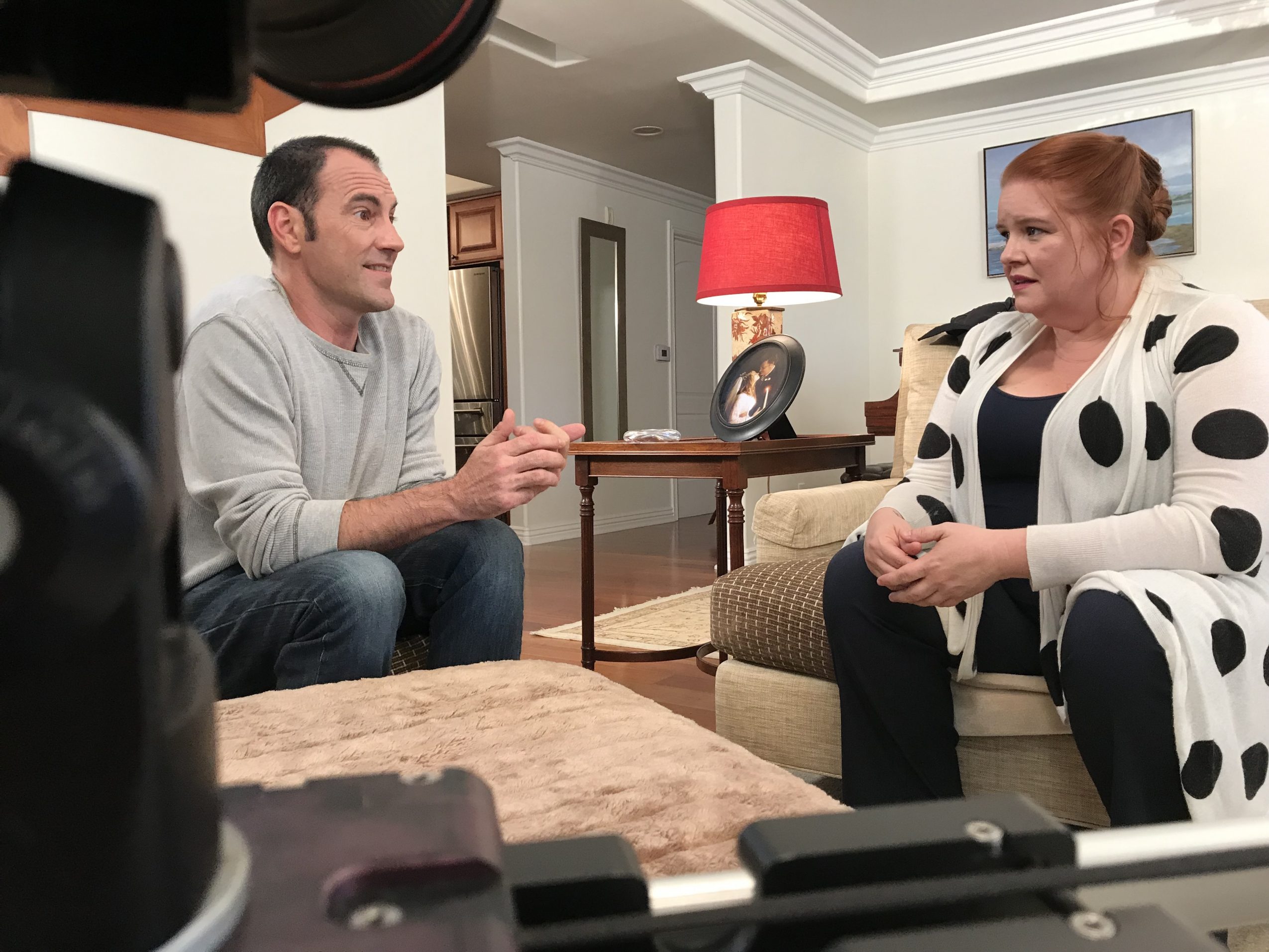 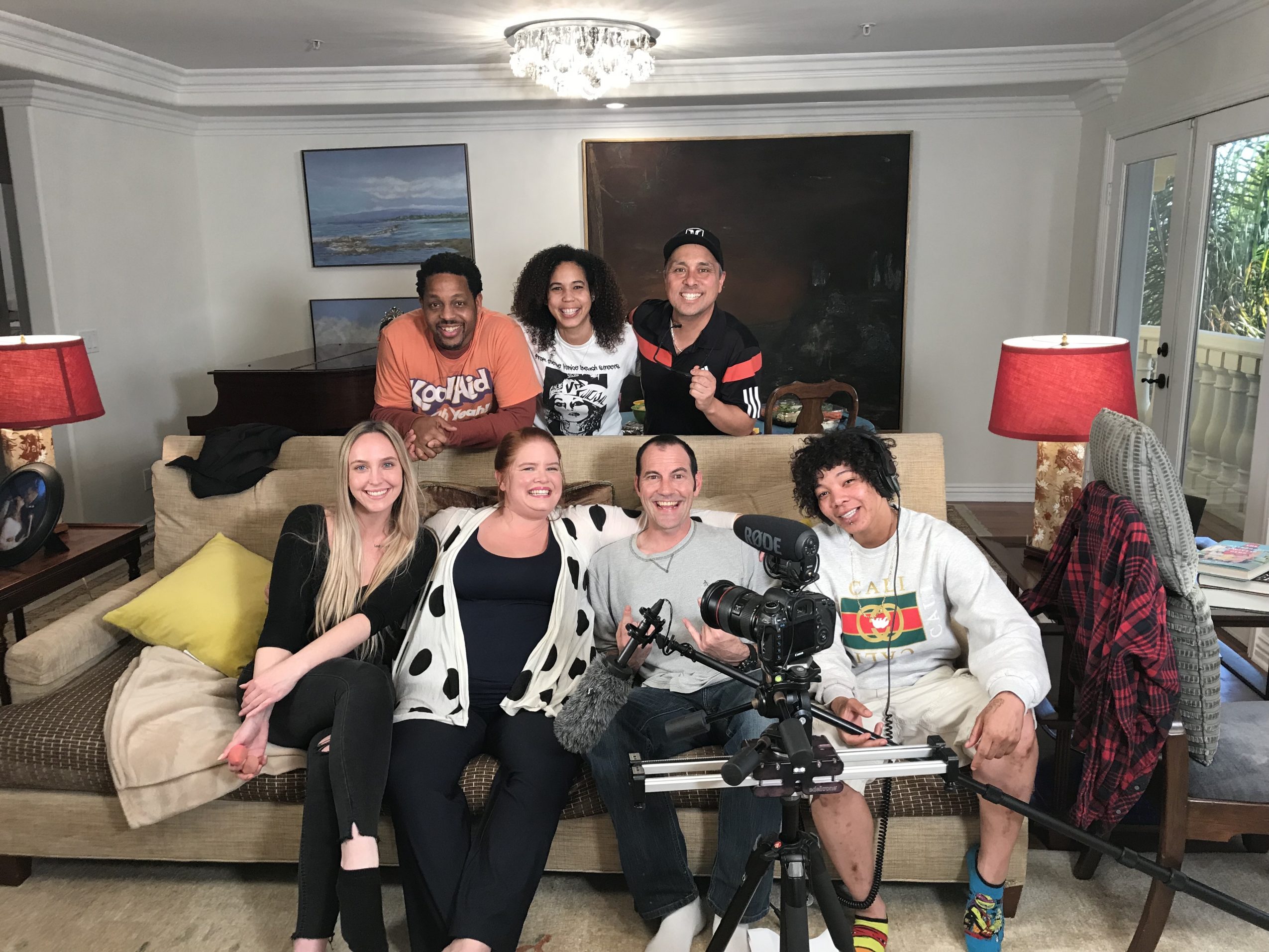 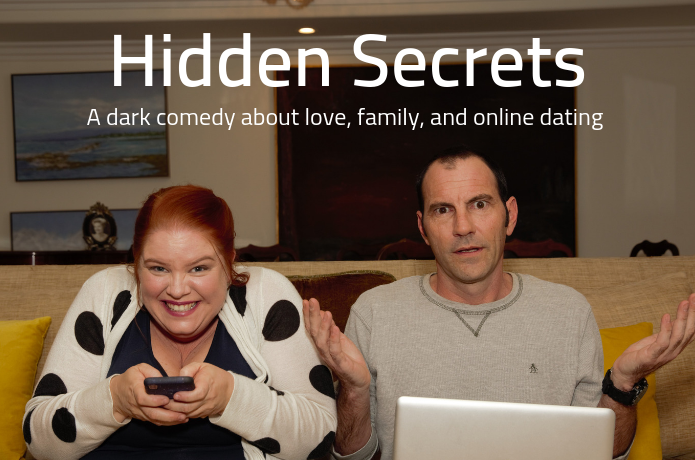 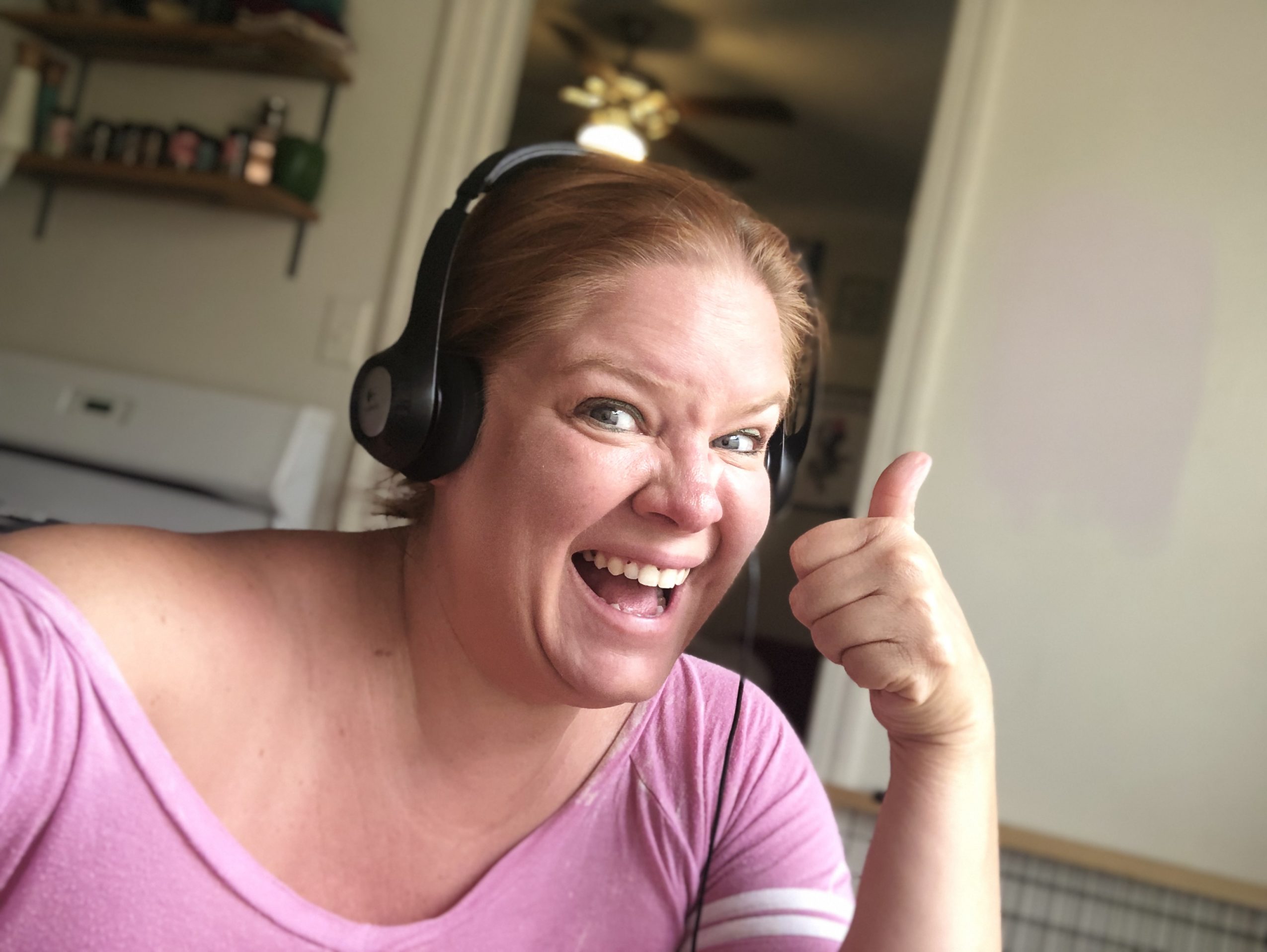 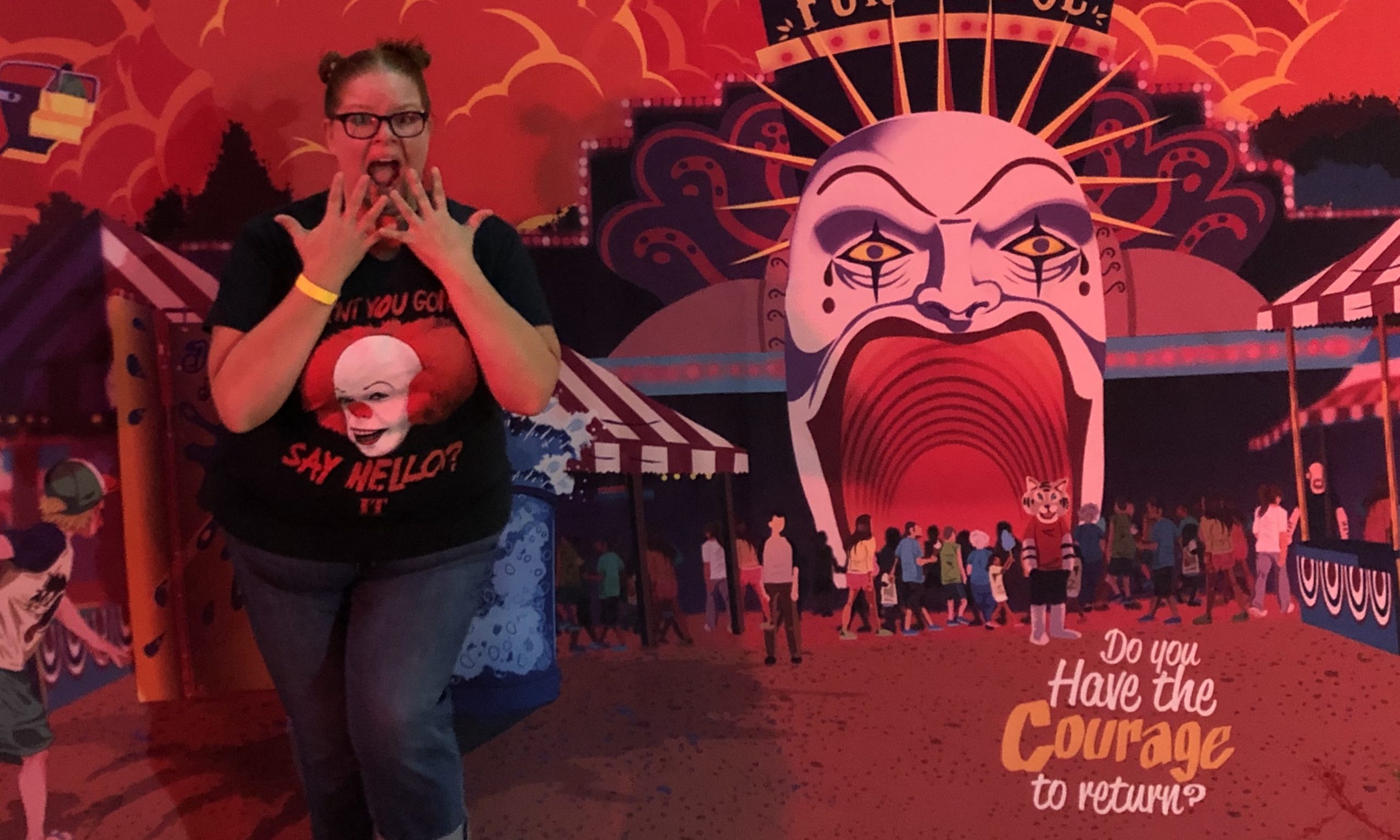 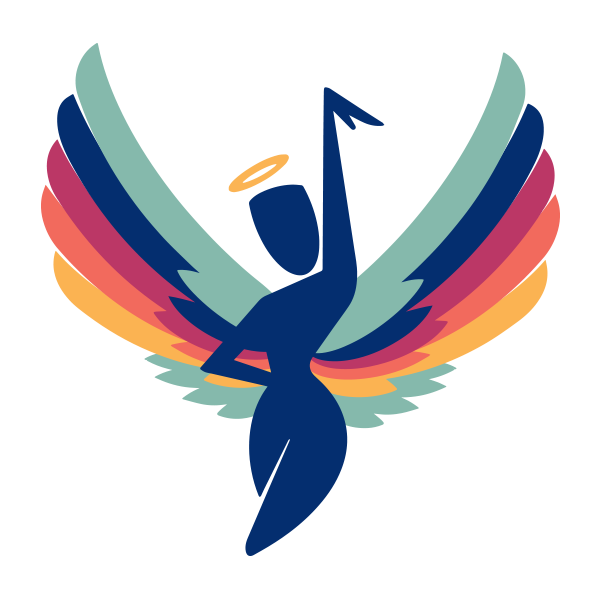