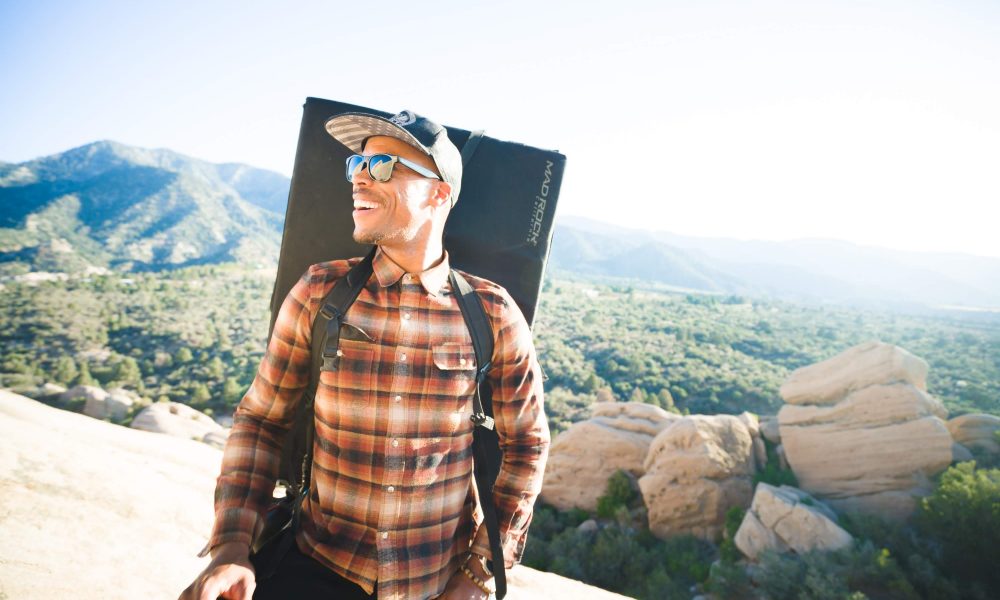 Today we’d like to introduce you to Anacron Allen.

Anacron, let’s start with your story. We’d love to hear how you got started and how the journey has been so far.
Unfamous Fest was born from my intrinsic desires: to be creatively original, and to be of public service.

I originally launched Unfamous as a business service for unsigned and independent artists who love music but hated music business. At this point, I had logged almost 20 years and 30 published releases in the professional music industry, was finishing up my music business studies at UCLA, appearing as a guest lecturer or panelist for music industry programs at universities across the country. My experience as both an independent and a signed recording artist, paired with my empathetic nature allowed me to develop an objective and bilateral understanding of both the creative and business sides of art. In my never-ending pursuit of purpose, I wanted to utilize my own learning and understanding to help independent musicians avoid some of the mistakes I’d made over the years.

Unfamous Fest was established soon thereafter, connecting my clients and other budding artists with opportunities to perform at Unfamous events I curated for some of L.A.’s most historic venues; including The Roxy, A+D Museum, Fais Dodo, Los Globos, The Airliner, Air Conditioned Supper Club, and many more. I designed the experience to allow musicians to play for their own audience while gaining and giving exposure to the followers of other artists. “Exposure” has become a bad word in the independent music industry because so many scumbag promoters abuse it; however, the fact remains that exposure is the key to success in any business venture, My goal was to devise a communal formula for exposure that was equally fair and beneficial and left everyone involved feeling rewarded and appreciated. Aside from all that, it was one of the first live music events to also incorporate art, food, and dance as central elements of the experience, and it was most definitely a party. This original inception of Unfamous Fest generated a solid following and some cult success before I eventually burnt out on the local front. Ultimately, sustaining the regular series several times at several locations monthly required more effort, time, energy, than I could afford, and more disposable cash than I earned or had access to.

As Unfamous Fest grew, I simultaneously built my professional repertoire and reputation as an Experiential Educator and Organizational Trainer. My primary focus and expertise as a facilitator of combined technical and informal practice is centered on individual growth, with and within group development. I’ve earned expert-level certifications and professional experience to designates my position as a Principal Lead and Program Designer for contractors and clients, and a multi-level Certification Trainer for other experiential facilitators. In providing training in relationship development and community engineering for incredible organizations and major corporations, I’ve worked on transforming teams at Google, Sony Electronics, Netflix, and Atlantic Records; just to name a select few. Overall, my 12 years of work in Experiential Education has allowed me to acknowledge and highlight the value of human connection, and given me countless opportunity to share that gift with others.

During a half decade local hiatus, I curated and produced an infrequent handful of domestic Unfamous Fest events throughout the Southwest, Midwest, and East Coast, along with a couple internationally in Japan and Cuba. Over the course of previous years, I became hyper-aware of how social connection and interaction had changed in modern society; particularly, in public settings and social gatherings where people seem to be more connected to their devices than the people in their immediate space. In 2018, after much observation and consideration, I made the decision to relaunch the local Unfamous Fest as an intimate series focused on a purpose inspired by my work in Experiential Education – providing safe space for people to enjoy the activities they love while finding human connection through vulnerability.

We’re always bombarded by how great it is to pursue your passion, etc – but we’ve spoken with enough people to know that it’s not always easy. Overall, would you say things have been easy for you?
HAHA at “smooth road.” Of all the successes I’ve earned, I’ve never once seen this “smooth road” you speak of. Seriously, though… With the joy and reward that comes with actively working to change the world, the challenges and trials attached to it are equally epic – and I assume not at all unique to anyone navigating entrepreneurship and creativity in present times.

Ironically, I’ve experienced the most challenge in utilizing and navigating the one thing that’s supposedly designed to make connection, business, and life easier: the internet, and more specifically, social media. I’m certain some of the difficulty arises from the fact that the real world connection offered via Unfamous Fest is essentially an antithesis to the illusion of connection that’s fed to us by social networking. Working with, while simultaneously working against the social media machine is a seemingly impossible necessity at times. Promoting effectively against algorithms designed to generate advertising dollars is an uphill battle that doesn’t seem even remotely worth the time, effort, or cost in the end. On one hand, there’s a certain level of virtual and real validation that comes with follows, likes, and interaction. On the other hand, the outstanding majority of lasting engagement Unfamous Fest has received thus far comes by way of real-life connections, never devices or the apps on them. Maybe my confusion is the result of my mostly-extroverted personality, my belief in the value of vulnerable human connection, and my appreciation for real-world interaction and other stuff from the 1980’s. Maybe I just don’t get it, and I’m doing it wrong, SHRUG.

Another immediate obstacle has been the oh-so-tedious process of connecting with key persons at brands. Moving into the second phase of the relaunch, I’m offering production, curation, and facilitation of Unfamous Fest experiences as an opportunity to build consumer, client facing, and internal brand communities with real-world connection. A lot of people don’t understand what happens at Unfamous Fest until they’ve actually experienced it, and explaining that impact to someone who’s simply in a rush to move on to the next pitch is nearly impossible.

Please tell us about Unfamous Fest.
Unfamous Fest provides real world social networking, with intent to build community through human engagement. We create opportunities for people to find each other through shared interests, then utilize scientific methods applied in experiential learning techniques to initiate, facilitate, and lead participants to deeper connections. Unfamous Fest is a constantly changing space where you can have fun, grow as an individual, and build your own community.

Unfamous Fest offers unique engagement activities and expertly facilitated debriefs, which set us apart from other entertainment experiences. Attendees may show up seeking an intense yoga practice, a sweat-driven dance floor excursion, or an up-close performance from their favorite local band; however, no matter what the theme of the gathering may be, they always leave with new friends and a refreshed sense of self.

What were you like growing up?
I was born on the east coast, and my family lived briefly in both the Midwest and Africa before settling in L.A. I grew up in Inglewood and Ladera Heights, and I was conditioned through sanctioned and illegal extra-curricular adventures of my formative years in South Central and West LA. I constantly straddled (and repeatedly crossed) the lines between positive and negative, intelligence and ignorance, stereotype and unconventional, and intent and impulse. I was the embodiment of an early ’90’s middle class African American male youth from L.A., and I definitely struggled with what I often refer to as Middle Class Black Kid Syndrome.

Publicly, I’m best known as a music artist, due to my early success in jazz and professional vita as a published, licensed, and touring recording artist. I started in the world of music at a very early age, a multi-instrumentalist (woodwinds, keys, and percussion) who studied under jazz icon Bill Green, Bryce Martin, and other notable musicians. By my early teens, I got to play legendary L.A. jazz clubs like the original 5th St. Dick’s and the Atlas, while winning music scholarship competitions that granted me off-season study in prestigious music programs across the country. Jazz gradually took a backseat as I got more involved with hip hop, though I’ve continually integrated the two throughout my professional music career.

I developed similarly in LA’s lush underground hip hop scene as an MC, breakdancer, DJ, and producer. I began breakdancing at the age of ten and was later inducted into L.A. Breakers. I attended the music academy at Hamilton High and became a leader of the school’s hip hop community, growing and bonding with several of L.A.’ most known rappers, DJ’s, and producers. I attended the iconic Thursday night open mic at The Good Life Cafe weekly for several years and built many lasting and fruitful relationships within that community that carried on into my involvement with Project Blowed and other notable L.A. crews.

People who knew me at my early stages in life probably wouldn’t believe present day me, and vice versa. I was a good and bad influence, all at once. I was a good guy that often impulsively made bad decisions. I was hot-headed and stubborn and regularly got into (read: started) fights. While excelling in jazz, hip hop, and dance, I went from tagger to tag-banger, to gangster, displaying leadership in those circles as I did in my creative communities. Once I finally began to redirect my energy and diligence into the positive attributes my parents had originally instilled in me, I applied the leadership skills I’d developed to more worthwhile movements. Over the years, I’ve grown to understand many of my decisions as a youth were, like most teenagers, fueled by insecurity, rebelliousness, and a desire to be different but still belong. 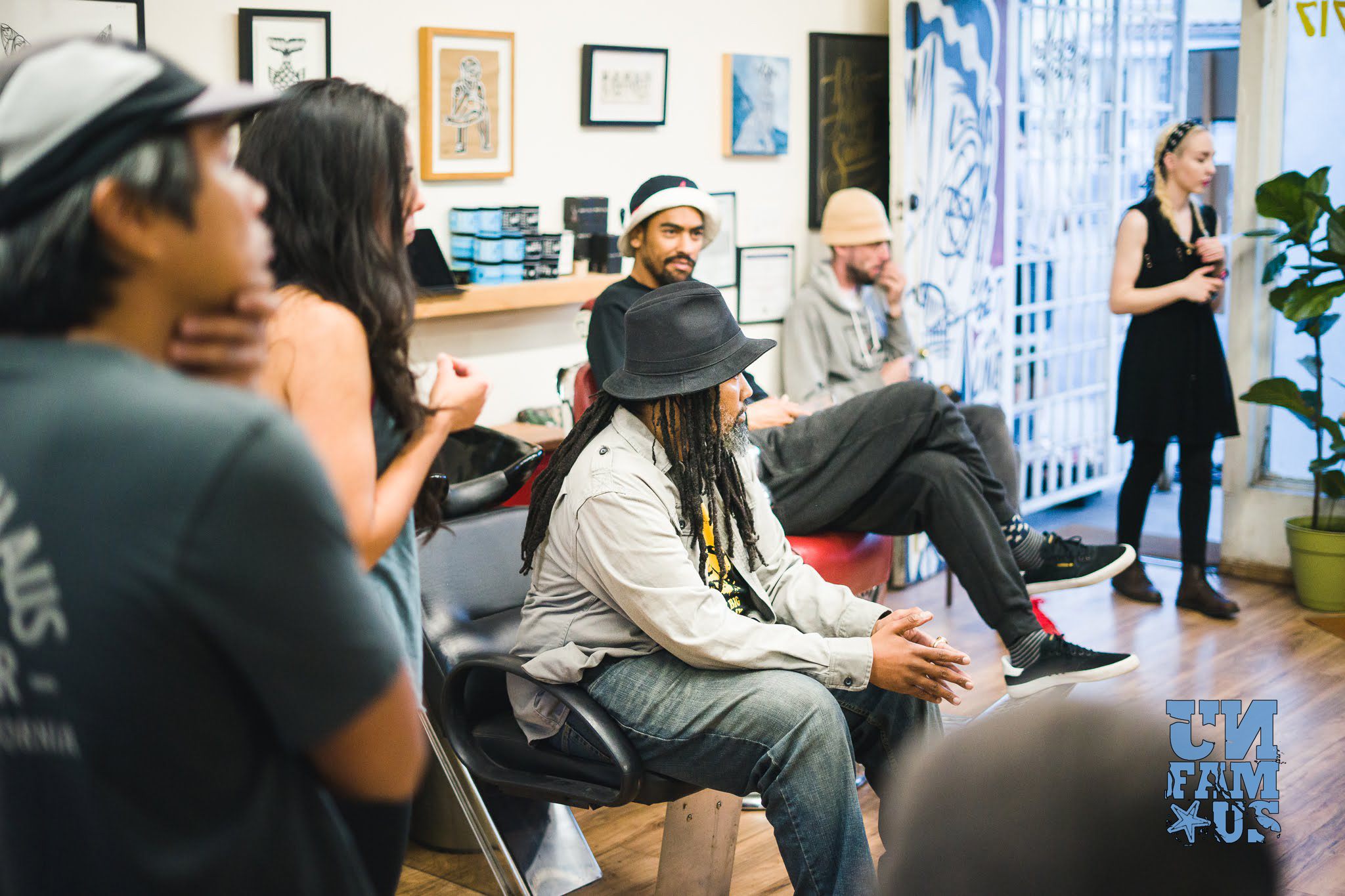 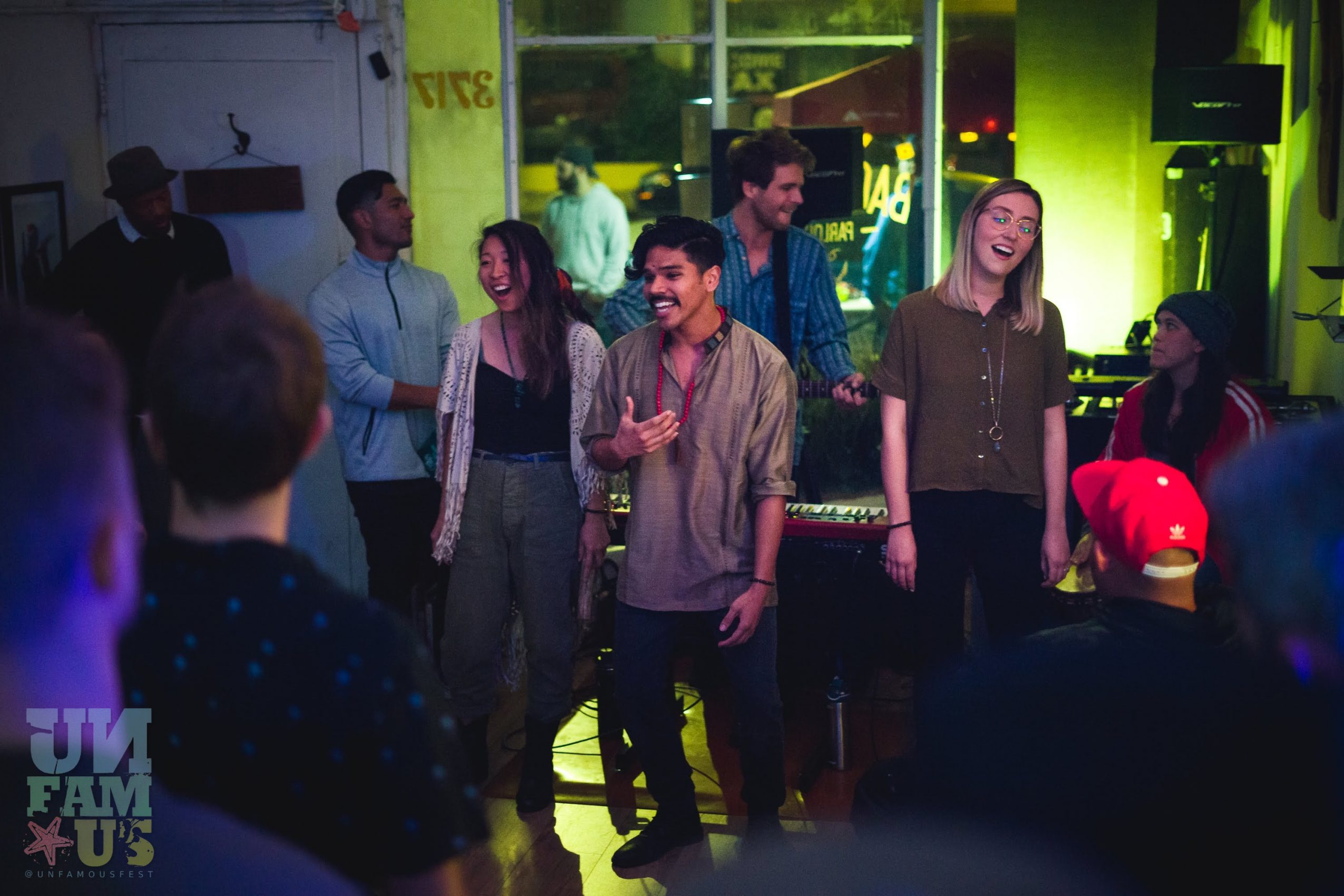 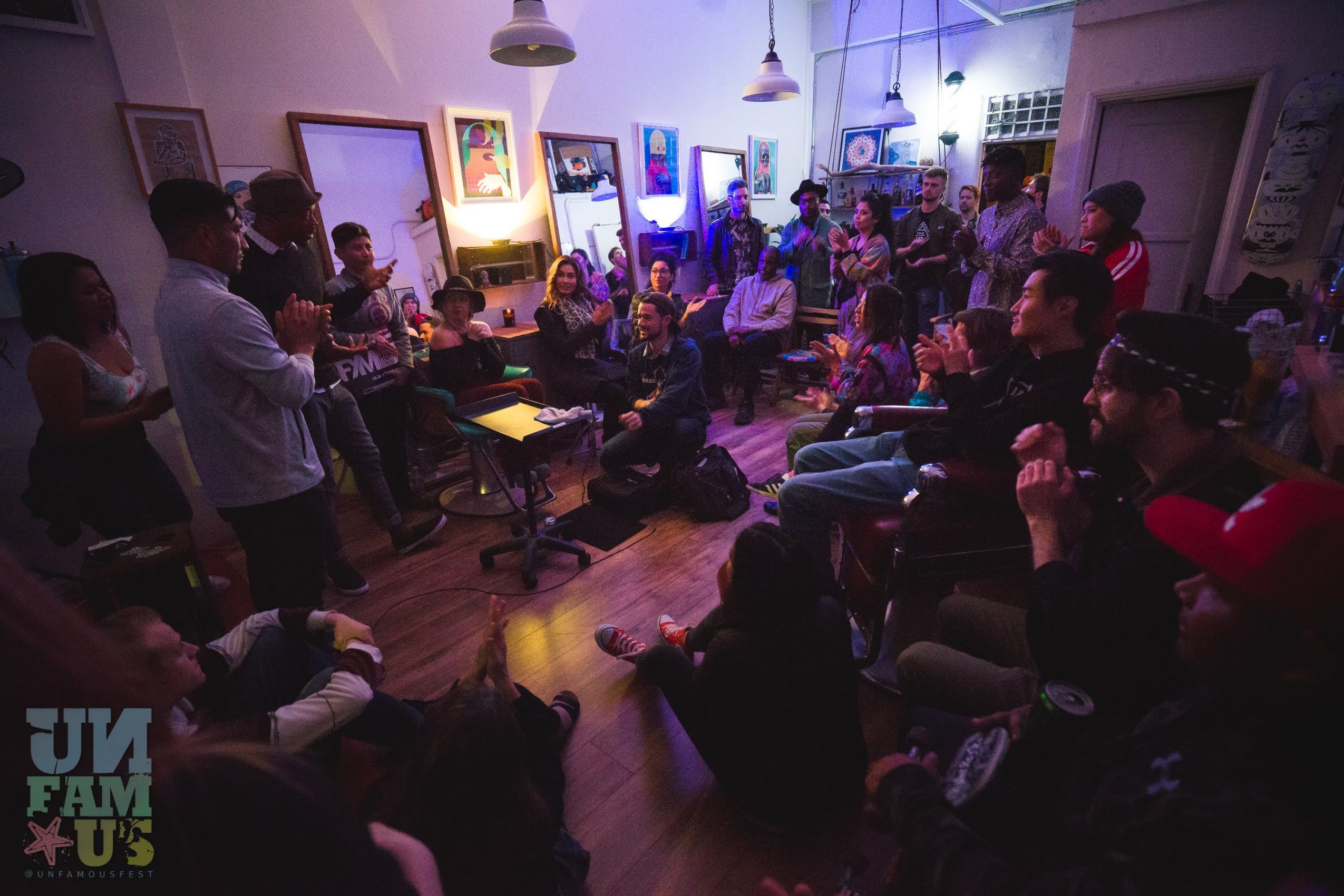 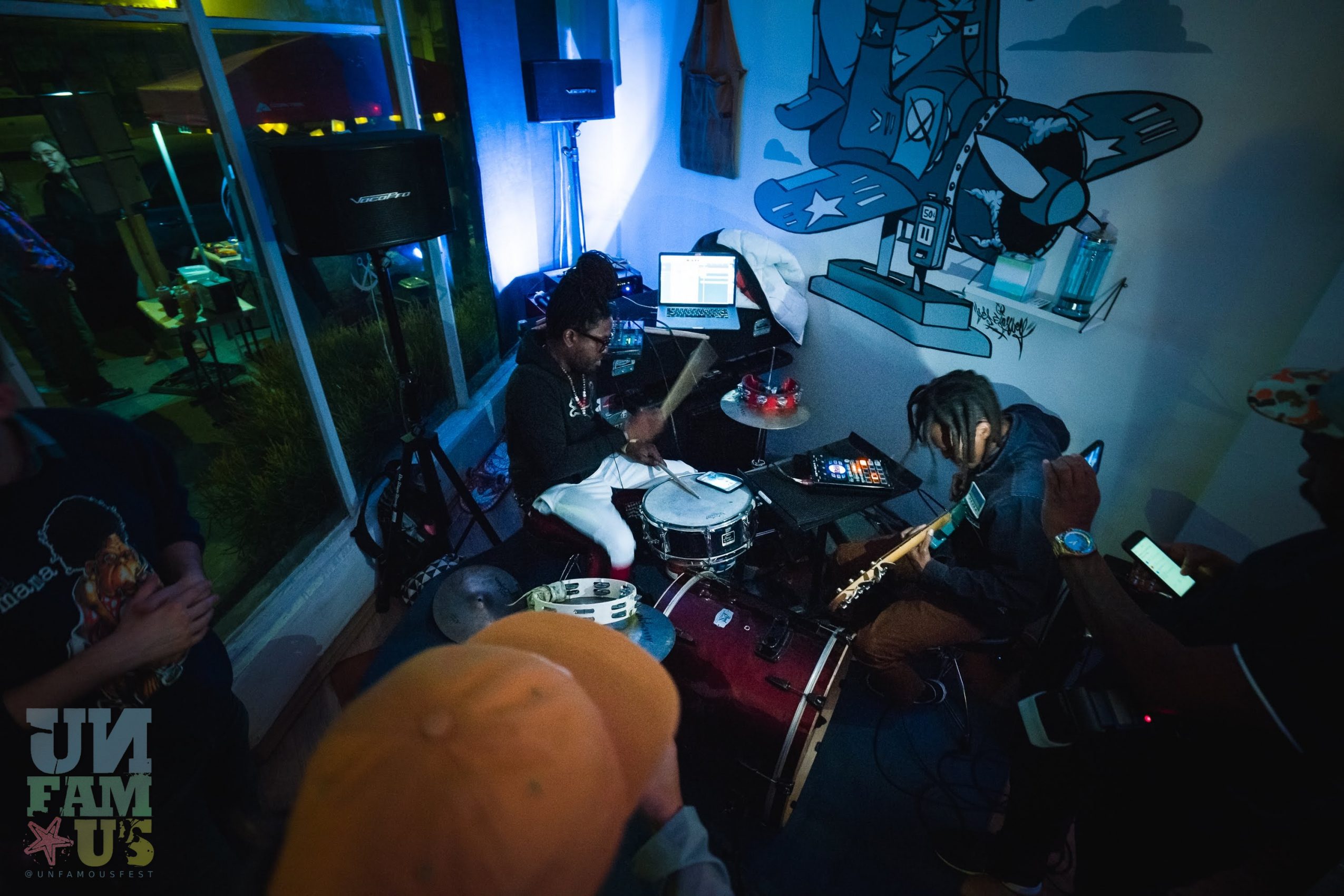 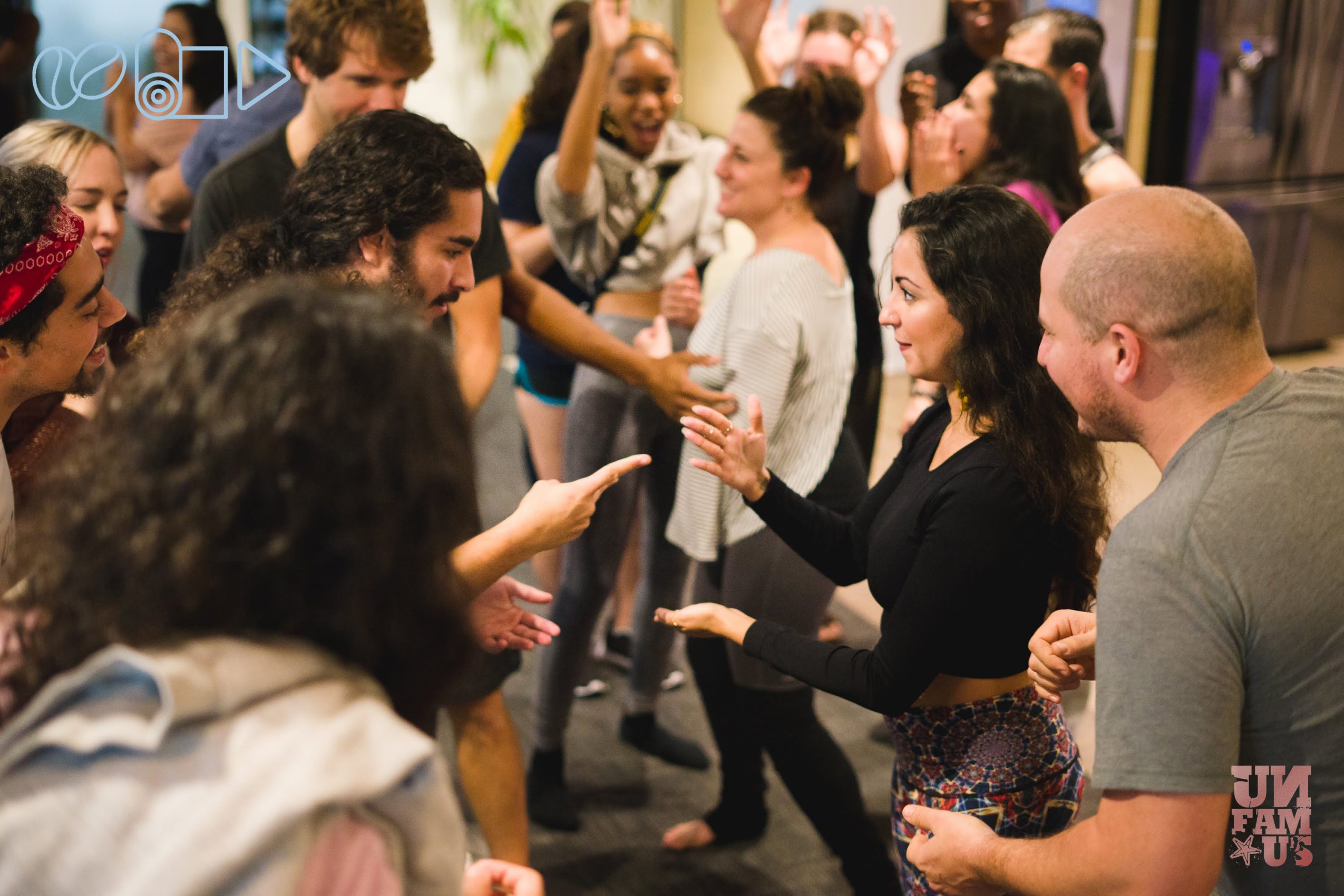 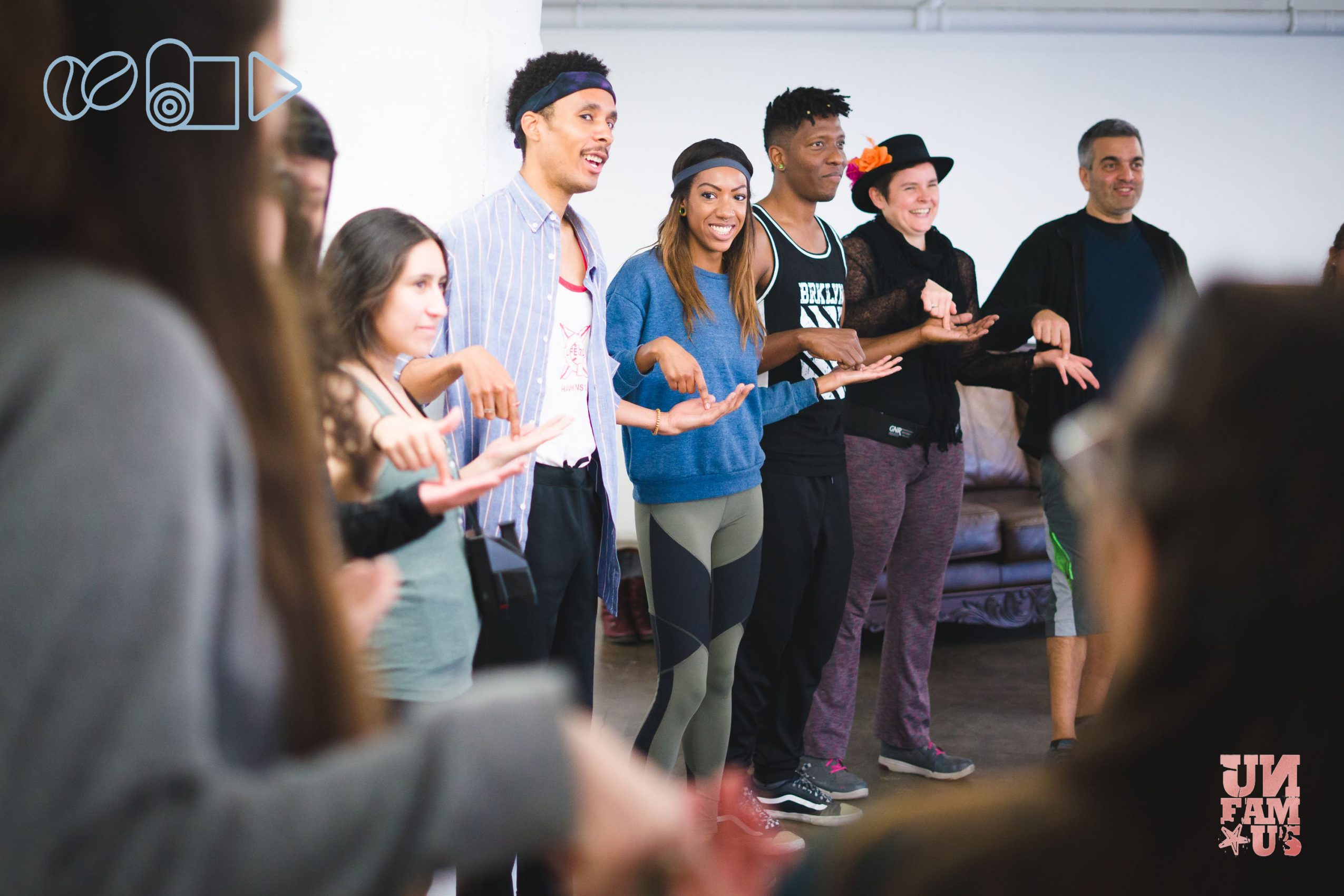 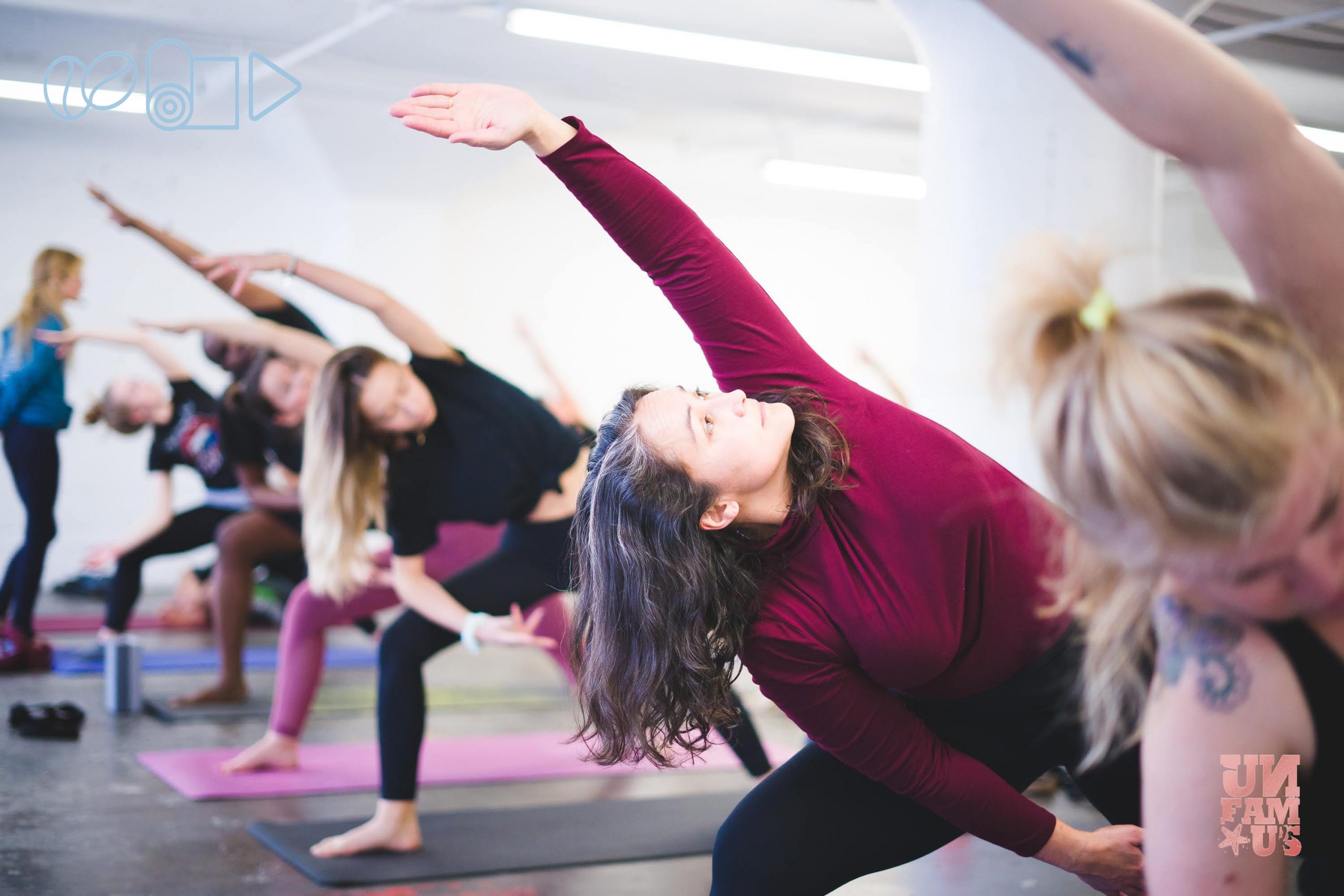 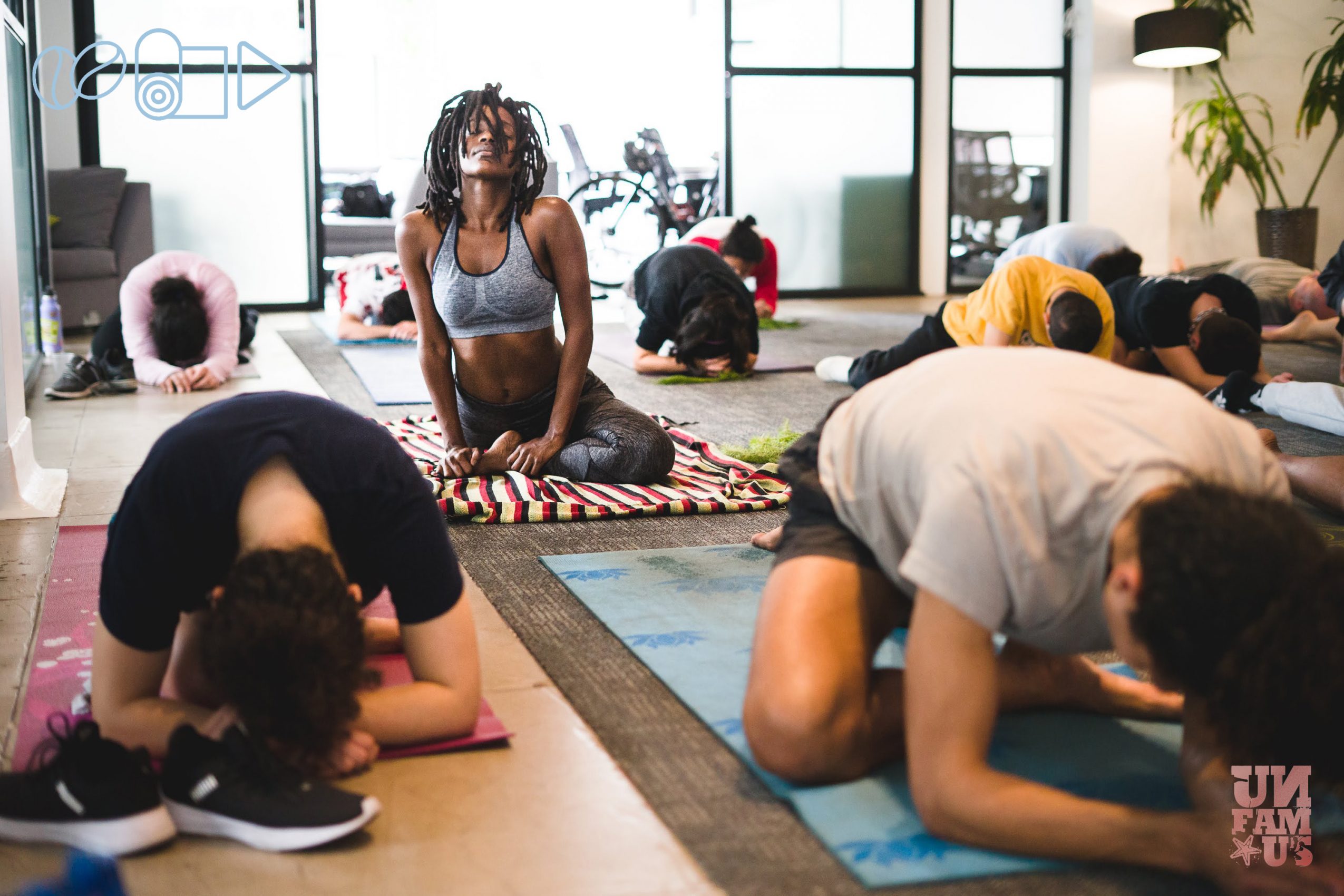