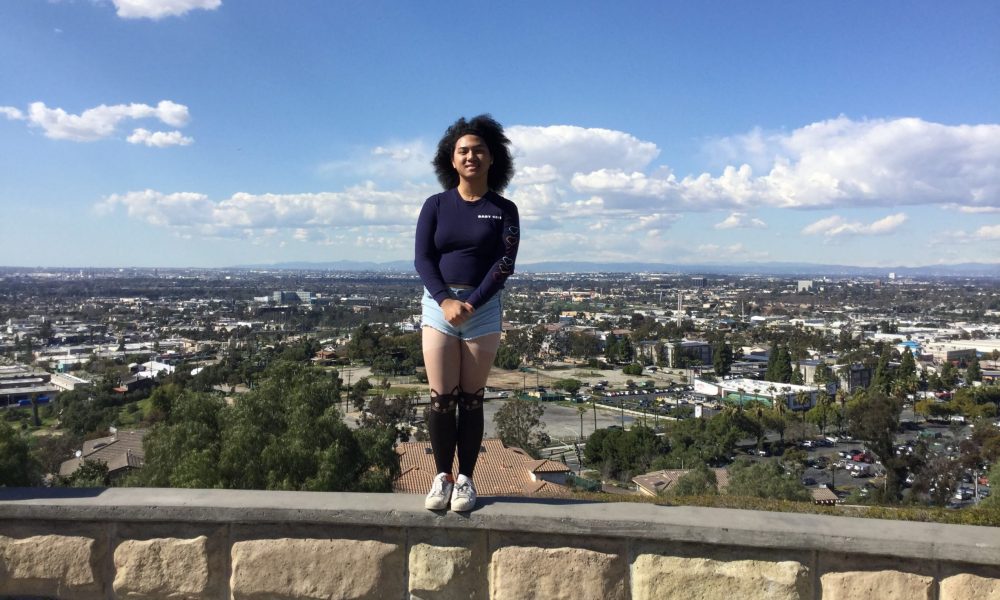 Today we’d like to introduce you to Amber Va.

Amber, can you briefly walk us through your story – how you started and how you got to where you are today.
Trigger Warning: Thoughts of Suicide. During my adolescence years, it had been rough for me. Not having many friends, being the only gay male (at the time) was hard. Attending middle school, I had been bullied and harassed by students for being Asian and LGBT+. I was about to give up my life because I couldn’t take it anymore. I then soon had some sort of identity crisis and didn’t know who I was. I came to a conclusion that

it’s better if I just ignored their own beliefs and traditions. I had only one friend towards the end of middle school who has been there for me ever since. Our friendship has grown ever since.

During that time, my family was against me being “feminine” and not masculine. I began to dig deeper into sexual orientation and my gender identity. At the time, I was a gay

male and didn’t learn about the transgender community until high school. Entering high school and moving to a large city has allowed me to see the world from a different perspective.

Just recently, hearing about the Trump administration excluding the transgender community out of existence made me furious. I have attended the March for Trans* and Gender Non-Conforming Rights in Downtown Los Angeles to get my voice heard as a proud transgender woman.

My family came to the United States during the 1980s leaving Cambodia due to the Khmer Rouge. They’ve faced starvation, being separated, and being nearly killed for escaping the concentration camp. Seeing this trauma and what my family has gone through has inspired me to be given this fresh start in life and to not be afraid for me being me.

I began hearing about Jazz Jennings and Caitlyn Jenner on the news, and I did research

on the transgender community during my freshman year of high school. Little did I know, two years flew by, and I came to terms that I am a transgender, pansexual woman. That’s when I found out of the Genders & Sexualities Alliance Network.

By recently joining the GSA Network, I began to develop leadership and communication skills used to help me become a better advocate not only for myself but for my school

and community. By being in the GSA Network, they have inspired me to help create my own campaign, participate in rallies and how I can fight for LGBT and social and gender racial justice.

I want to be able to inspire other LGBT+, Queer People of Color and Undocumented folks that they’re not alone and that I will strive until the end to be able to fight for what is right!!

Beach Unified School District. Transgender and Gender Nonconforming students deserve to be able to use the restroom with the gender they identify as and/or comfortable with. With the help of the GSA Network and a group of young LGBT+ students throughout Long Beach, I was able to bring Gender Neutral restrooms to my school district that will be in effect September 2019. My committee and I have been working hard in partnership with Long Beach Unified and the assistant superintendent, we were able to pull this off within the past couple of months since January 2019. The largest newspaper in Long Beach, the Long Beach Press Telegram, wrote an article of our accomplishment.

Great, so let’s dig a little deeper into the story – has it been an easy path overall and if not, what were the challenges you’ve had to overcome?
Along with my journey, I have faced transphobia, homophobia, hate crimes, bullying, racism and discrimination along with children tormenting me. It hasn’t been easy. All my life, I’ve been treated differently simply for being a queer Asian American. My family hasn’t been so supportive of my journey as well. Slowly and slowly, they are starting to support me.

Alright – so let’s talk business. Tell us about GSA Network – what should we know?
GSA Network is a non-profit organization aimed towards helping LGBT+ youths fight against transphobia and homophobia at their schools and in their community. Not only are we in California but also have locations nationwide.

At GSA Network, we believe the voices and experiences of LGBTQ+ youth of color are central to the fight for safe and welcoming schools. They are at the forefront of a movement for racial, trans and queer justice, and we empower them to take action and build communities in which they can live authentically and thrive.

As a youth council leader, we gain valuable skills to help you achieve your leadership goals, challenge schools and communities to center trans and queer youth, establish priorities for the racial and gender justice work our generation deserves and build a network of support.

create change and able to advocate for LGBT,  social,  gender and racial justice. I believe that we as youths have the power to get our voices heard. Together we can accomplish anything!!! 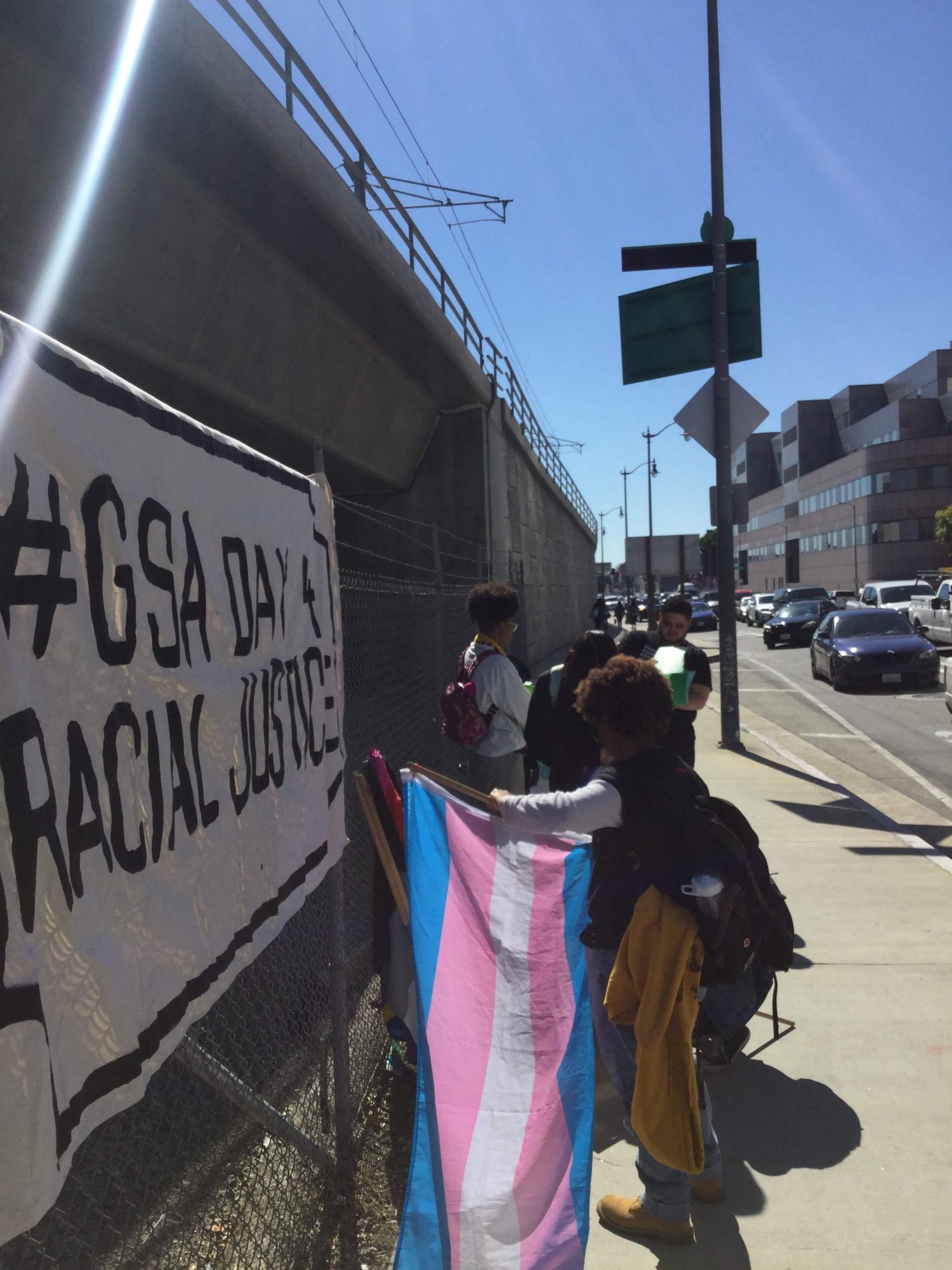 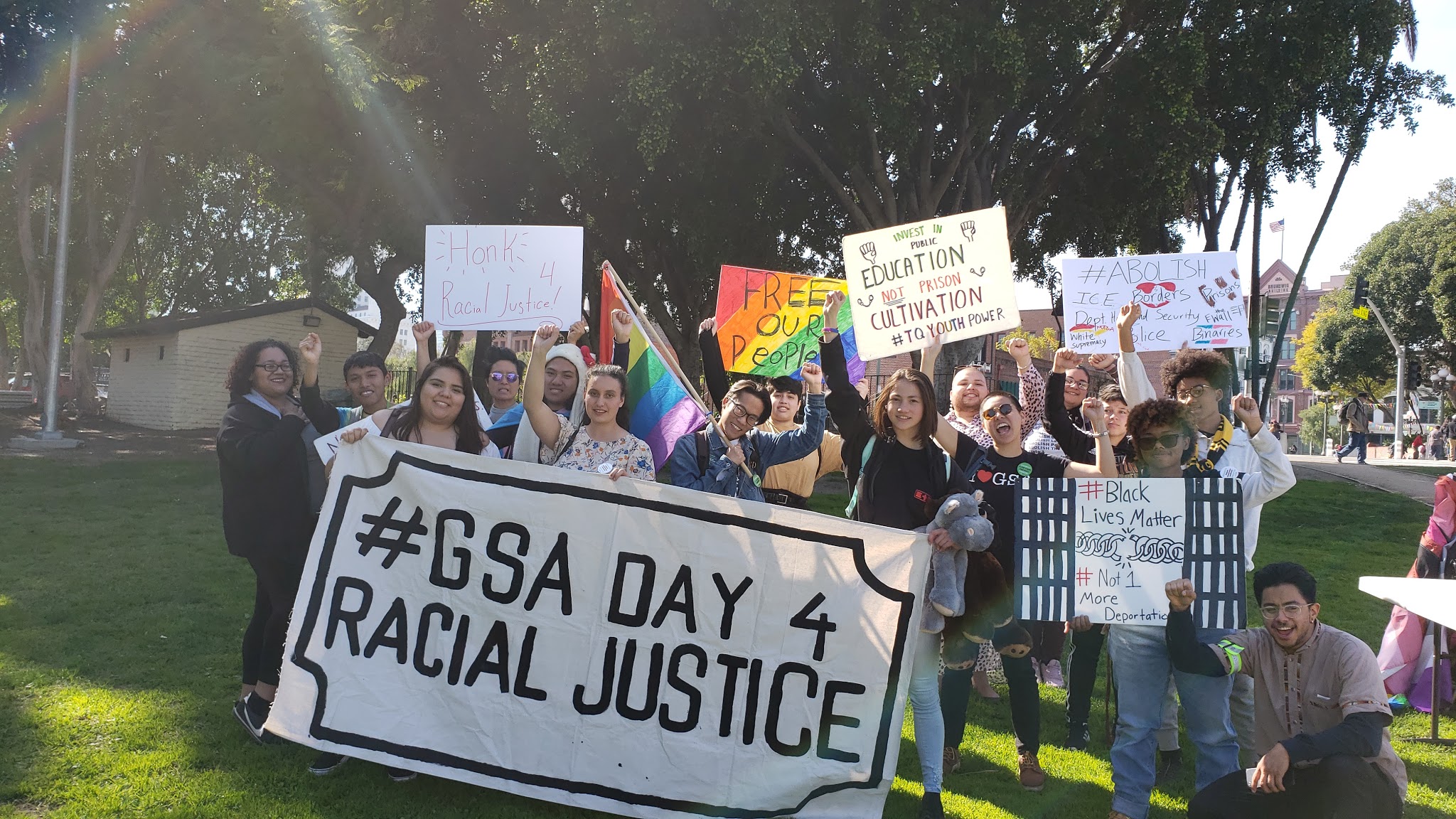