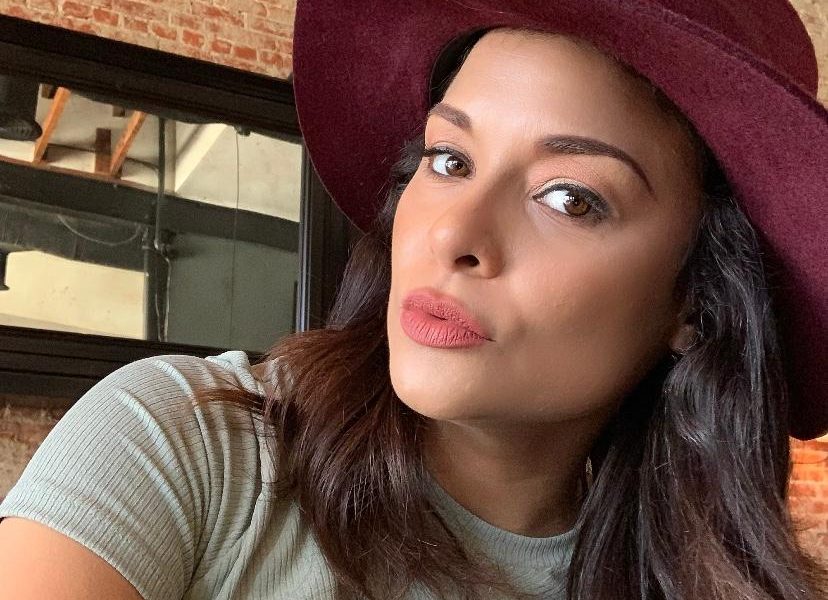 Today we’d like to introduce you to Alisa Reyes.

Alisa, can you briefly walk us through your story – how you started and how you got to where you are today.
I am Irish, Italian and Dominican. I was born and raised in Manhattan, NY but now I reside in sunny California with my sweet & loving husband Nathan Thorpe. I started acting around the age of seven. I first appeared in commercials and did modeling in fashion shows and in magazines along with appearing in Film and TV projects, music videos and Industrials. I later majored in Musical Theatre where I attended the old Fame school in NYC called “PPAS” aka The “Professional Performing Arts School”. I have been in the acting business for 30 years thanks be to GOD. In 1990 I had the honor of joining the Screen Actors Guild. Then in 1994, I booked a series regular spot on the hit Nickelodeon show called “ALL THAT”. I am from the original cast, from the pilot all the way to season 3 and now I am back working on the new season 11 over 20 years later. I will be on new episodes of All That this 2020. I am beyond thrilled to be working along side my “All That” Tribe again! Talk about a full-circle moment. I also play the voice of “La Cienega” from the animated Disney and now Disney Plus cartoon called “The Proud Family” now called “The Proud Family: Louder & Prouder.” Disney Plus will be releasing brand new episodes with myself and most of the original cast. I am so excited for everyone to see the new episodes. Returning back to work with “The Proud Family” is such a blessing and another FULL CIRCLE moment for me. I am beyond grateful to be working on two shows that returned back. I also was a recurring on “Boston Public”, “Bold & the Beautiful”, “American Family” and “Spyder Games” just to name a few of my credits. I also was a series regular on the TV show called “One World ” which aired on TNBC produced by Peter Engel. I won a Holly Wood Reporter Award for my role on “One World” as the role of Marci Blake. I was also a series regular on the soap “Passions” as the role of Sydney Valentine. I have guest-starred on shows such as “ER”, “Six Feet Under”, “NYPD Blue”, “VIP”, “Without A Trace” just to name a few. My latest film is called “Break Even” where I play the role of Rosie directed by Shane Stanley and written by CJ Walley. I also have a new Music single out on all digital platforms called “Back & Forth” featuring Linnie King Twigg. Along with a documentary out that I am starring in and producing along side director/writer and business partner Scott Barber called “The Orange Years” about 80’s & 90’s Nickelodeon nostalgia. I also had my own radio show called “The Alisa Reyes” show which aired on Blog Talk Radio. Prior I was a voice jockey for Sirius Radio. I am also a board member for a nonprofit dance company called California Dance Institute which offers inner-city kids the opportunity to dance and learn about the arts in their public schools. When I am not on set or working on a project, I teach and coach all ages acting in Los Angeles, CA. Teaching brings so much joy to my heart and soul.

Has it been a smooth road?
Growing up in Manhattan, NY as a mixed diverse child or as I like to call myself the UNITED NATIONS. I was able to create a shield of thick skin and a strong sense of self thanks to my rock and foundation which was my mother and family. I had a very supportive mother whom allowed me to accomplish my dreams. Even though she is no longer with me, I know she is watching down on me from heaven being my number one angel and guiding me through my journey of life. The challenges that I faced as a diverse actor was the fact that I always felt like I was different. That I marched to the beat of my own drum. I dealt with the typical ups and downs that diverse actors deal with such as being offered stereo typical roles or auditioning for roles that put diverse actors in what I call a box. Luckily, none of that phased me and I knew from day one what my goal and passion always was. I have always had faith and hope and optimism and always knew that God had a grand plan for me and that all I had to do was create that manifestation and then I would be on what I call the right path And alignment. I have been blessed to have a wonderful ride throughout my career and even though I get tossed a lemon from time to time like we all do, I always make my own version of lemonade just with a little extra sugar on top!

We’d love to hear more about your work and what you are currently focused on. What else should we know?
I like to call myself a jack of all trades. I am a wife, an actor, a singer, a producer, a writer, a teacher, a light worker and most of all, I am grateful for all that God has bestowed upon me. In the past 30 years, I have been blessed to have such an amazing fan base that is loyal and beyond loving when it comes to “All That” and “The Proud Family” cartoon along with my soap “Passions” and “One World”. What I am most proud of is staying in the business 30 years strong and never giving up. God has blessed me with work that I love doing and that completes my soul. I live, eat and breathe my craft and art. Having the opportunity to now create things from scratch has been such an amazing blessing and adventure. I can’t wait for the world to see what I have in store this 2020 going into 2021 and beyond. As an actor, I have always been particular on the roles I play and I have always been considerate to my younger fan base as well. Having my platform allows me to help me be the light and reflection I want to see in others and help uplift the world through our ascension we are experiencing. I feel what sets me apart is my energy my frequency and my vibration. We all have our own path our own heartbeat. My goal in this lifetime is to always be my true authentic self while fulfilling my original blueprint and always helping raise Gaia’s vibration.

Let’s touch on your thoughts about our city – what do you like the most and least?
I became bi-coastal in the mid 90’s. Leaving my home Manhattan, NY to start a life in California was life-changing but I have no regrets and I would do it all over again. I came to California to shoot season 2 & 3 of “All That” on Nickelodeon. We shot the pilot and season 1 in Orlando, FL. That was a blast we shot at the old Universal Studios it was basically my back yard. I rode the Terminator ride almost 3-5 times a week lol. When I first got my taste of the West Coast, I fell in love. My most favorite thing about California is the beaches, the nature hikes, the mountains the landscape and most of all the frequency. Los Angeles has a heartbeat a drive and it makes you feel alive. Early 2000’s I made California my home.

I now visit my home town New York when I can to visit family and friends or for work. New York will always have an imprint on me. It will always be apart of my heart and soul. For now California is my new home even though I have now been here for a long time and the transition was a major shift for me though it was a fun one for sure. The first year I moved here I knew no one and I didn’t even know how to drive. I was a typical New York girl, I got my driver’s license at 19 I think. There is nothing I don’t like about California other than maybe the occasional traffic jam on the 405 freeway. BUT….. even then I just roll down my windows turn my music on and enjoy the sun.

Sending you all love & light and high vibrations! 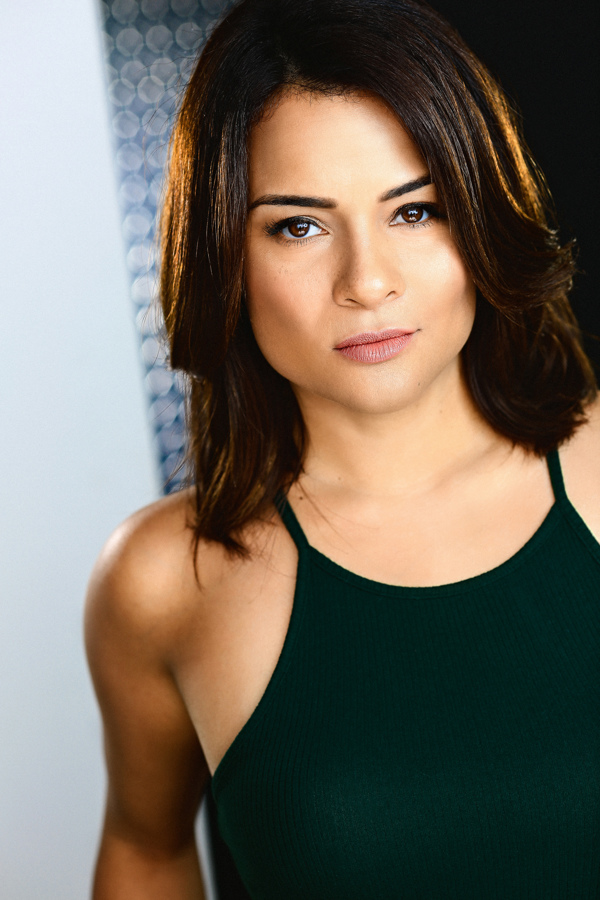 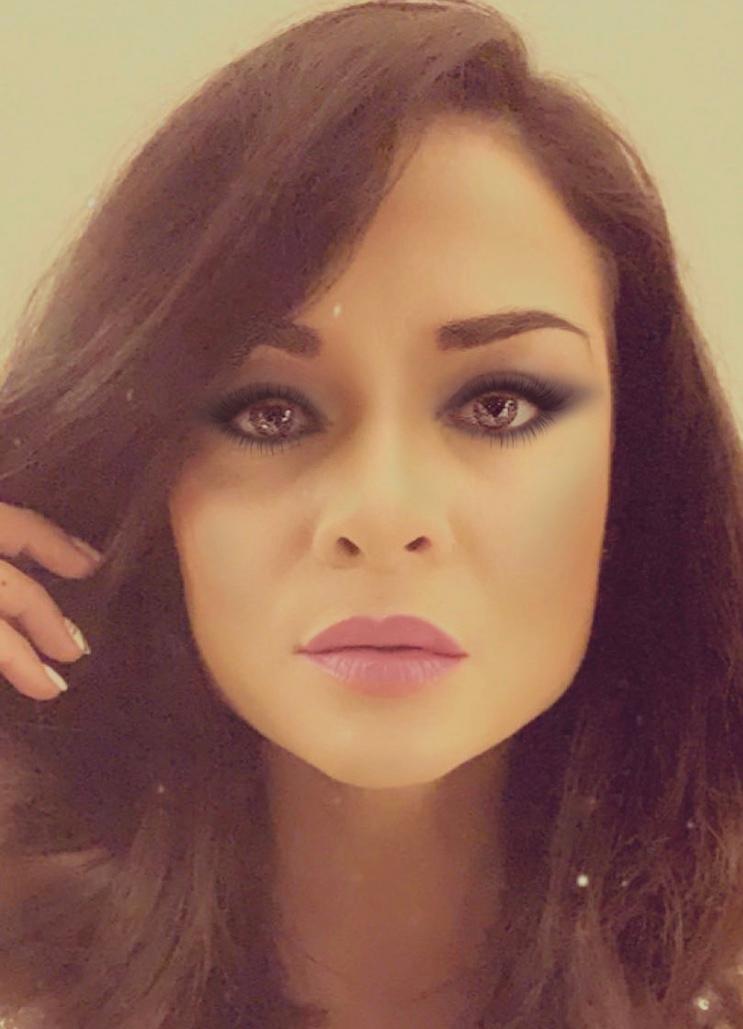 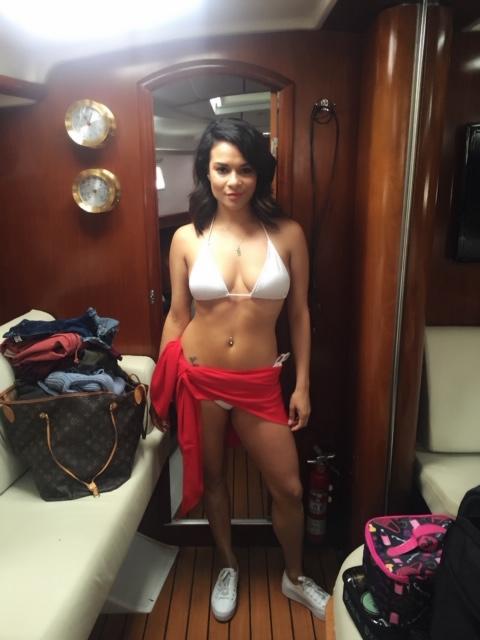 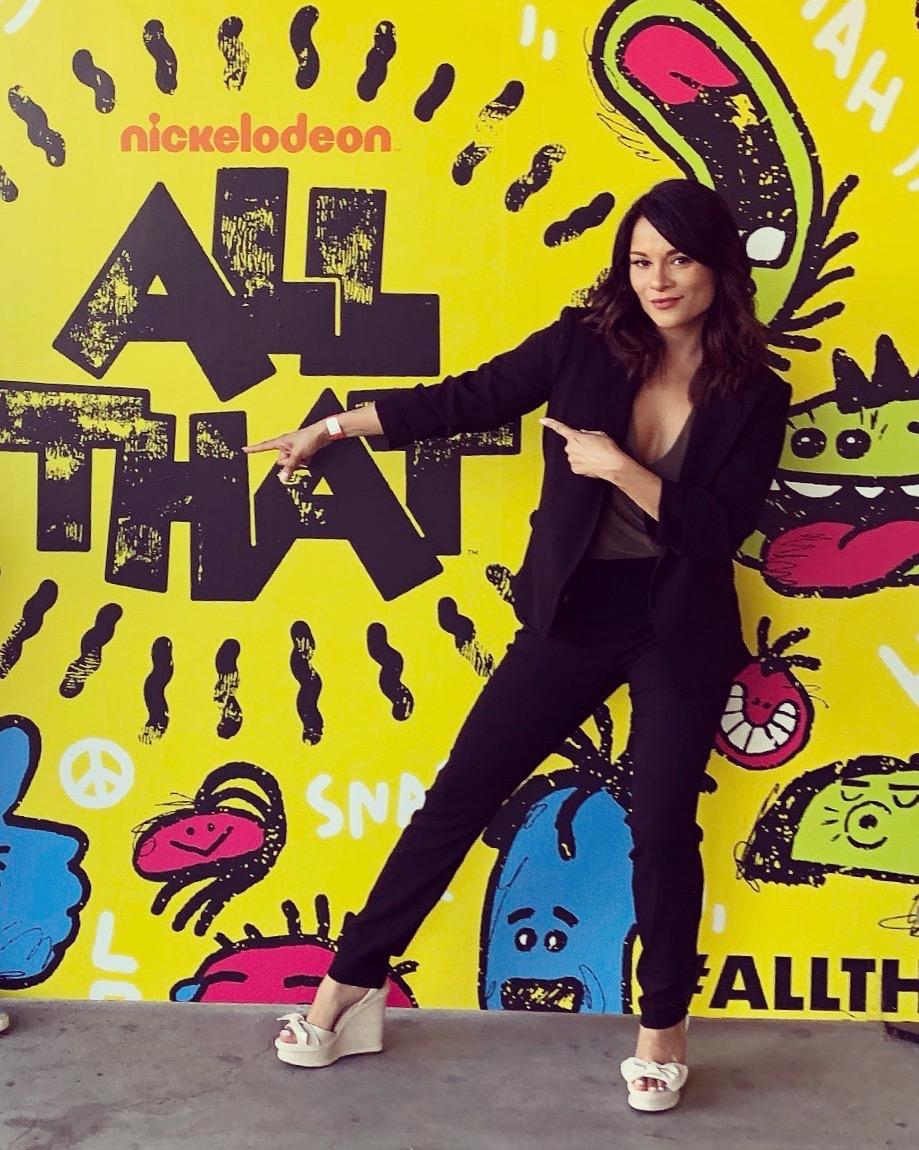 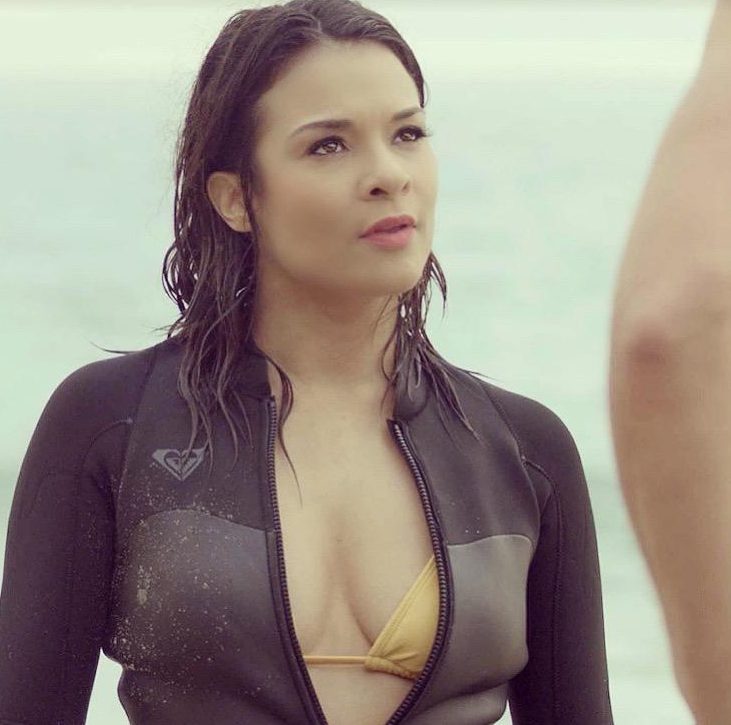 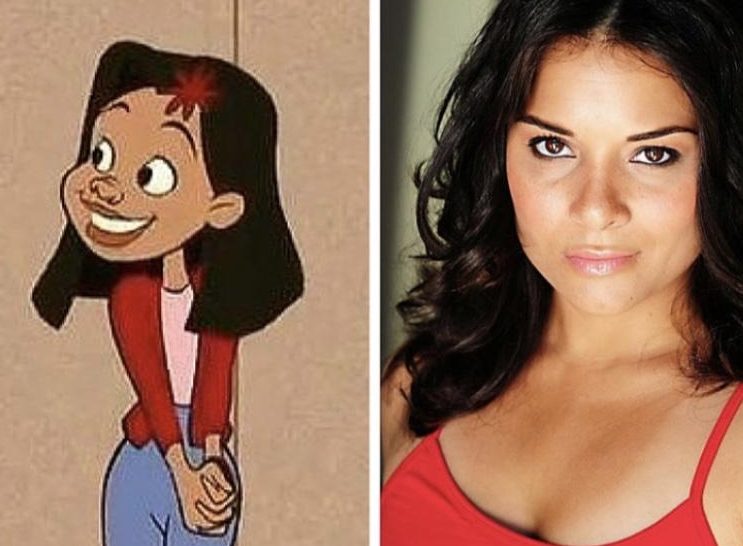 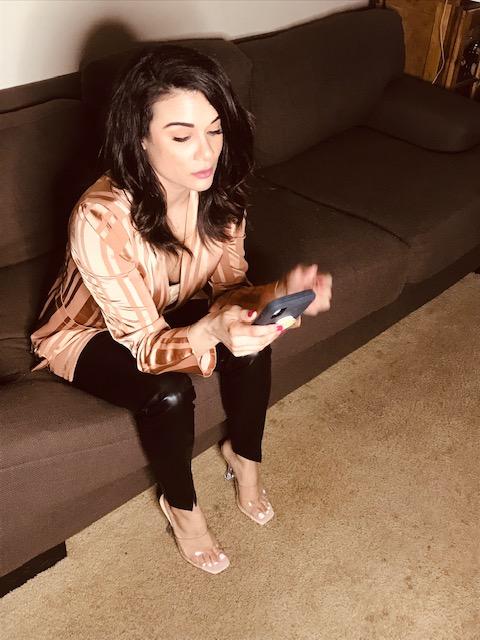