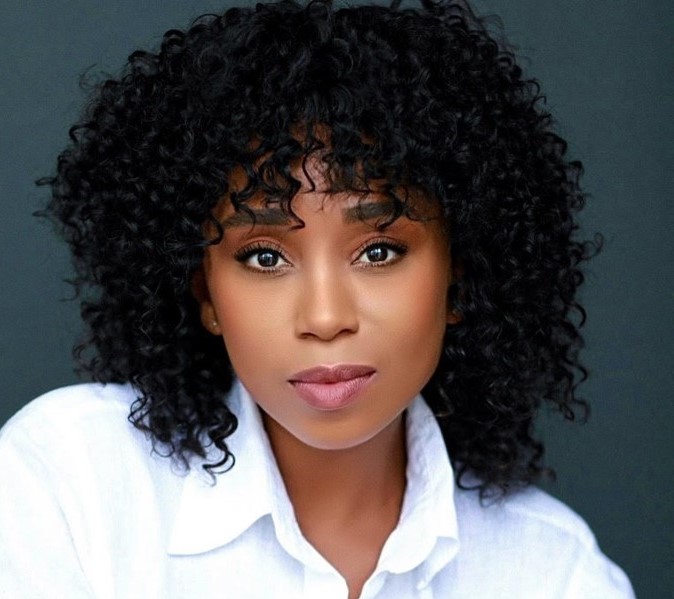 Today we’d like to introduce you to Zee James.

Can you briefly walk us through your story – how you started and how you got to where you are today. You can include as little or as much detail as you’d like.
My dream started back in Tupelo, Mississippi and when I was just a little girl, sitting in our modest living room, watching runway and fashion shows with my mother. I remember perking up, my eyes going big and my heart beginning to sing when a tall, beautiful, brown-skinned woman strode across the stage. Turning to my mother I said, “I want to be like her.” That black queen was Tyra Banks.

As I grew into my teens my mother would drive me as far as Atlanta and Dallas in order for me to compete in John Casablanca talent shows. And while I once won “Miss Photogenic” nothing else came from those excursions in the family car. As I entered high school I became far more interested in sports (mainly track and basketball) but even so, something was missing. I wasn’t satisfied with my place in the world and longed for something bigger, something more. These feelings led to me penning a letter to my school’s principal, asking her if there was any way I could graduate early. After some convincing, she agreed to let me try and although it meant dramatically increasing my course load, I did it.

And so having graduated early I was off to The University of Mississippi, which might as well have been on the dark side of the moon, while in reality it was only an hour west of Tupelo in Oxford, Mississippi. I had very little guidance and no idea what I was doing and yet as I fumbled in the dark I somehow managed to find my way. At first, I was intrigued by the idea of becoming a physician and enrolled in pre-med classes, but after three grueling months I confessed to my college councilor that I was struggling. On some level I still aspired to be a model, but I had no idea how that might fit into a college curriculum. And then it came to me: fashion, or more specifically, fashion merchandising. As luck would have it, Old Miss had a strong program and I excelled. Goodbye fibrous connective tissue…hello flash sales.

One of the perks of studying fashion was that I went with my class on a field trip to New York City. Knowing that I was going to The Big Apple I took it upon myself to pen a letter to a special someone… Tyra Banks. I didn’t have much luck finding her address, but I knew that one day we would meet so that I could tell her what she meant to me.

As I had in Tupelo, I eventually outgrew Ole Miss. Truth be told, I felt as though I no longer fit within the confines of the southern state in which I’d been raised, and so I relocated to California where I ultimately graduated from California State University, Long Beach with a BA in Fashion Merchandising. Never having lost my desire to model, I began the daunting process of looking for an agent. Thank God for the Internet. I concentrated my search upon Hollywood and began at the eastern end of Sunset with hopes of working my way west, but I never made it very far as the very first agency I called asked for a meeting at which they signed me. Little did I know, they weren’t interested in me so much as a model, but as an actress. And so, it was without any training whatsoever that I began to just wing it at my auditions.

Miraculously, this method (or lack thereof) led to me landing my first booking on the CBS drama, The District where I spoke my first lines on camera and shared the screen with a man who’s still a dear friend to this day: Terry Crews. Coincidentally, the very next role I booked was once again opposite Terry, this time on Everybody Hates Chris. After this whirlwind of work I was hooked and madly in love with the world of acting (even commercials) but only afterwards did I begin to take classes and to further my knowledge of “the business of show.”

I don’t mean to give the impression that within days of landing at LAX I was elbowing Halle Berry out of town. Far from it! There was plenty of down-time, too much, and in-between speaking roles I continued to do commercials and background work because I didn’t want to lose my health insurance or get a 9 to 5 that would prevent me from being available when my agents called.

In 2008 the Writer’s Strike hit Hollywood like a natural disaster and left many of us hurting for work. It was at this point that I decided to get into stunts. Being a natural athlete interested in martial arts, I was already training in the park with some guys who were in the business, but it was at the gym that I asked Michael Jai White for advice on how to become a stunt performer. He introduced me to a working stunt coordinator and six months later I was hired on my first stunt job. I did great, I loved it and I wanted more. But I was in for some disappointment because back then it was frowned upon by stunt coordinators for a stunt performer to be seen as an aspiring actor. According to some of them, “I was walking a fine line.”

My dream role is to be an action star in a Marvel movie. I look forward to the day I can put my black belt skills in Taekwondo to use on a film. I’ve been training for years and was fortunate enough to recently present an entire category on JEOPARDY! called The Physics of Taekwondo. What is… “thanks YouTube for memorializing the moment.”

Nobody would ever call me an overnight success (18 years in the business and counting) but I’m excited about what’s to come. With over 20 national commercials and an extensive list of film and TV credits I know that I’m overdue to book a series regular role on TV and play a leading part in a film. I’m ready to show the world that even a little black girl from Tupelo, Mississippi can achieve the seemingly impossible. I love what I do and it’s a privilege to wake up and go to work. And did I mention that I finally met Tyra Banks? We were both at the Emmys and sweating uncomfortably in our gowns beneath the blazing California sun, but even so we were able to share a moment during which I imparted to her just how much she had always meant to me.

Has it been a smooth road? If not, what were some of the struggles along the way?
The road has not been smooth. I’m a young black woman with skills as both an actress and stunt woman and I’ve often had to choose between the two according to those who were in a position to hire me. I didn’t want to be forced to choose, but every time I was around someone who was a stunt performer or coordinator, they would tell me not to say that I was an actress. It was demoralizing and it didn’t make sense. Why did I have to make this sacrifice when there were people working as directors and producers or writers and actors? Why couldn’t I be an actress and a stunt woman? I excelled at both and I wanted to continue doing so. Ever since I first saw Jada Pinkett Smith in Set It Off, I had wanted to be an action star. Unfortunately, it wasn’t until recently that circumstances began to change. Not only are directors catching on but so are the stunt coordinators. People in the business are beginning to recognize that scenes are only improved upon when the actor is capable of delivering the action as well as the lines. And it works both ways. Case in point: Keanu Reeves as John Wick. In truth, there have been many times over the years that I’ve felt like quitting, that I didn’t belong here, that even my own colleagues and community didn’t see me. But if I’ve learned anything from my journey it’s that the timing of my success is not within my control. Patience is key, and while not a trait I was born with, it is something that I’ve been able to develop over the years.

Tell us about your business/company. What do you do, what do you specialize in, what are you known for, etc. What are you most proud of as a company? What sets you apart from others?
Bonafide Entertainment, Inc is my production company and we specialize in Film, TV, and Travel. We look forward to creating and producing film and TV shows of all genres while also inspiring people to let go of their inhibitions, to leave the stresses of daily life behind and to get out and do what they love. I enjoy sharing tips on where to find the best deals and suggesting the best time of year to visit any given destination. Getting the biggest bang out of my bucks (or even someone else’s) has always been a thrill for me.

As a travel influencer, I get a kick out of creating content and look forward to partnering with more brands in the travel and fashion industries. When anyone steps out on the scene, they want to look their best and I can help with that. I’ve done far more than just study fashion; I’ve lived it, I’ve loved it, it’s a part of me. But don’t take my word for it, follow me at #travelswithzee and see for yourself. My other handles can also be found, below.

What role has luck (good luck or bad luck) played in your life and business?
As I see it, luck has nothing at all to do with any moves I’ve made in my career. It’s been an uphill struggle that I’ve had to constantly toil at. In the early 2000’s, Hollywood wasn’t focused on diversity like it is now, and I had to work hard for every opportunity presented to me. But throughout that time and to this day I’ve done my best to stay ready, so that I don’t have to get ready. To quote Seneca, (everyone’s favorite Roman philosopher), “luck is what happens when preparation meets opportunity.”

You can catch me acting in an upcoming episode of The Neighborhood (airing November 4th) and on Bosch in the Spring of 2020, as well as performing stunts in Dolemite Is My Name (on Netflix and in theaters this Fall), Lucifer, S.W.A.T., Grey’s Anatomy, America Horror Story 1984 and more. Always more. 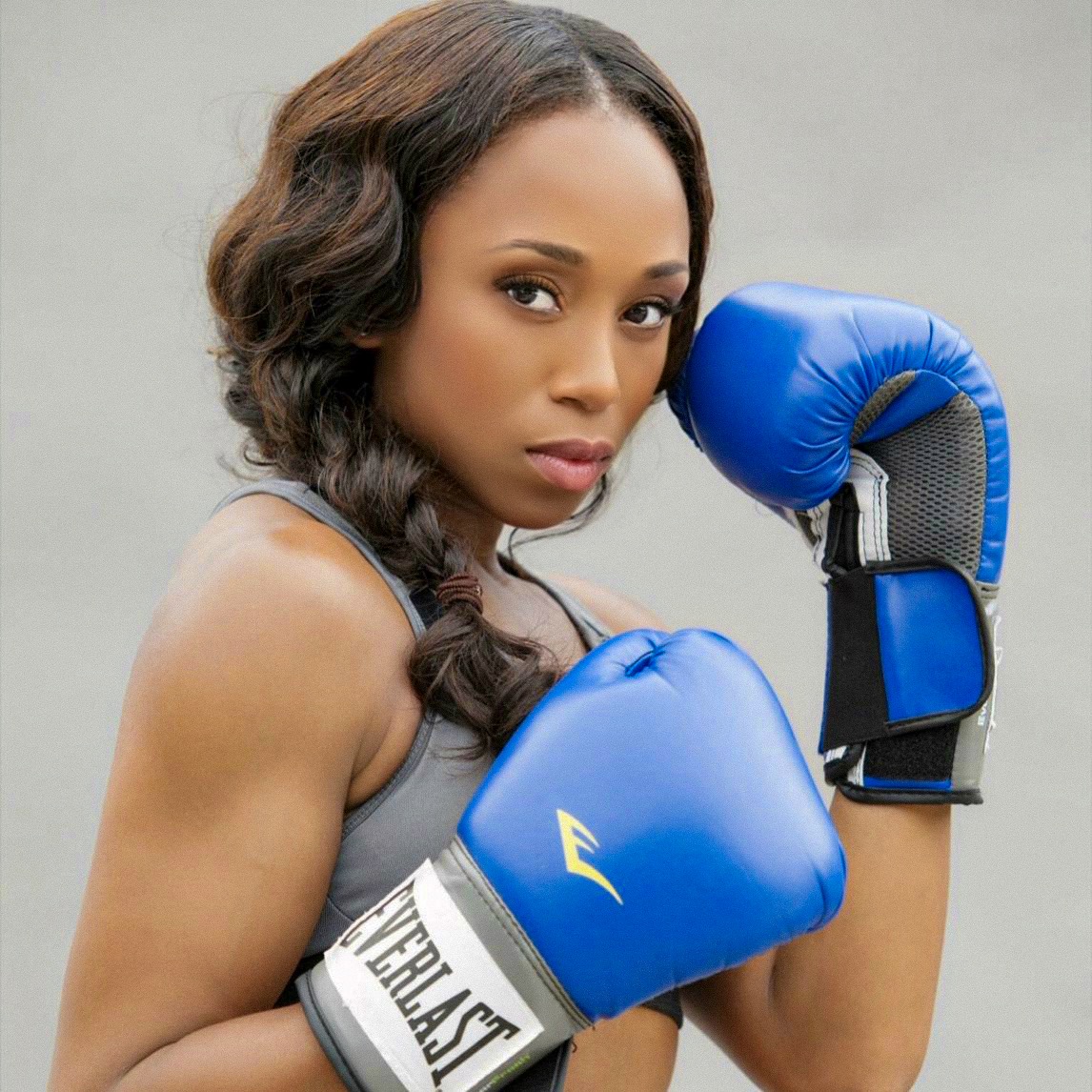 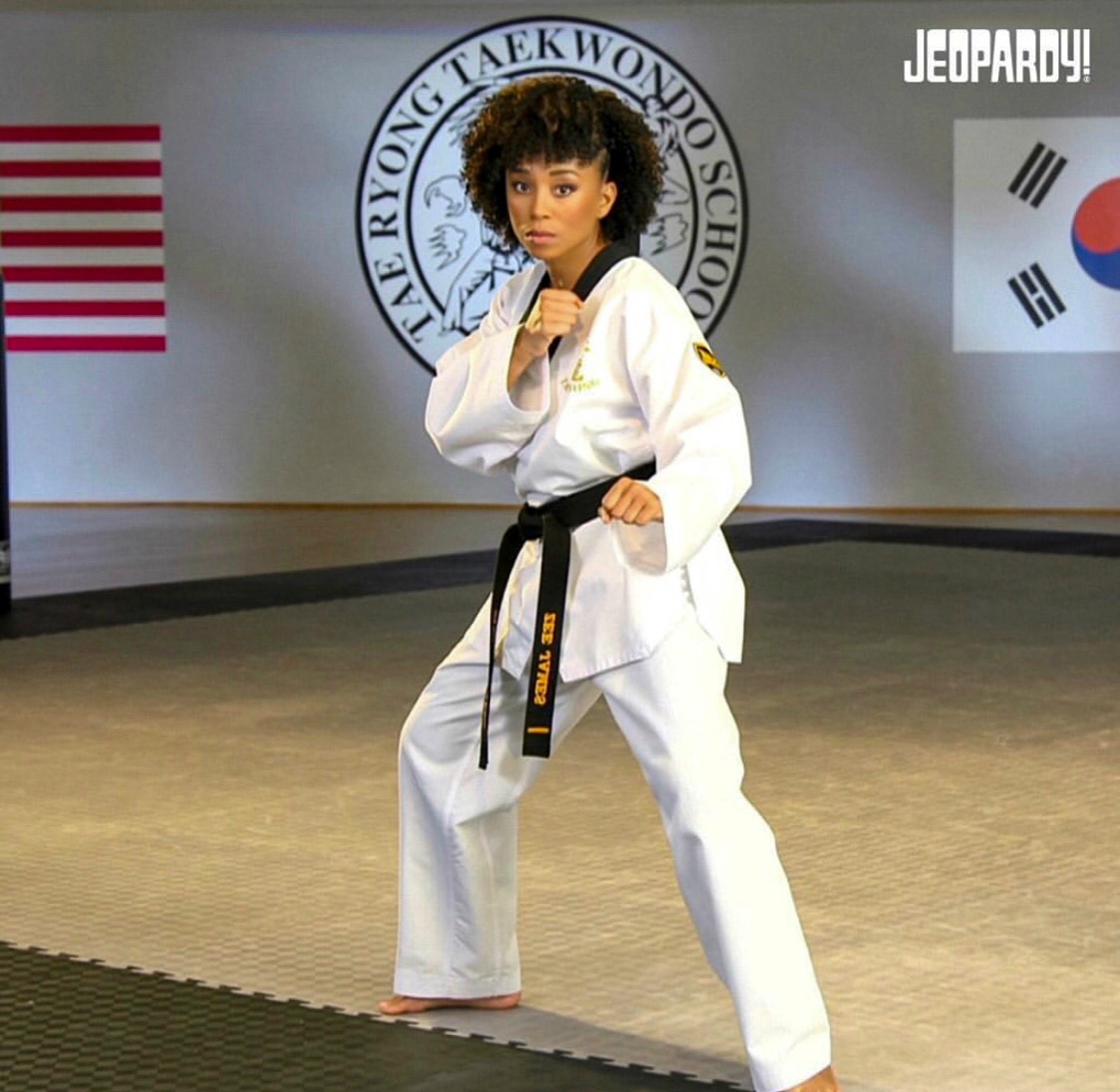 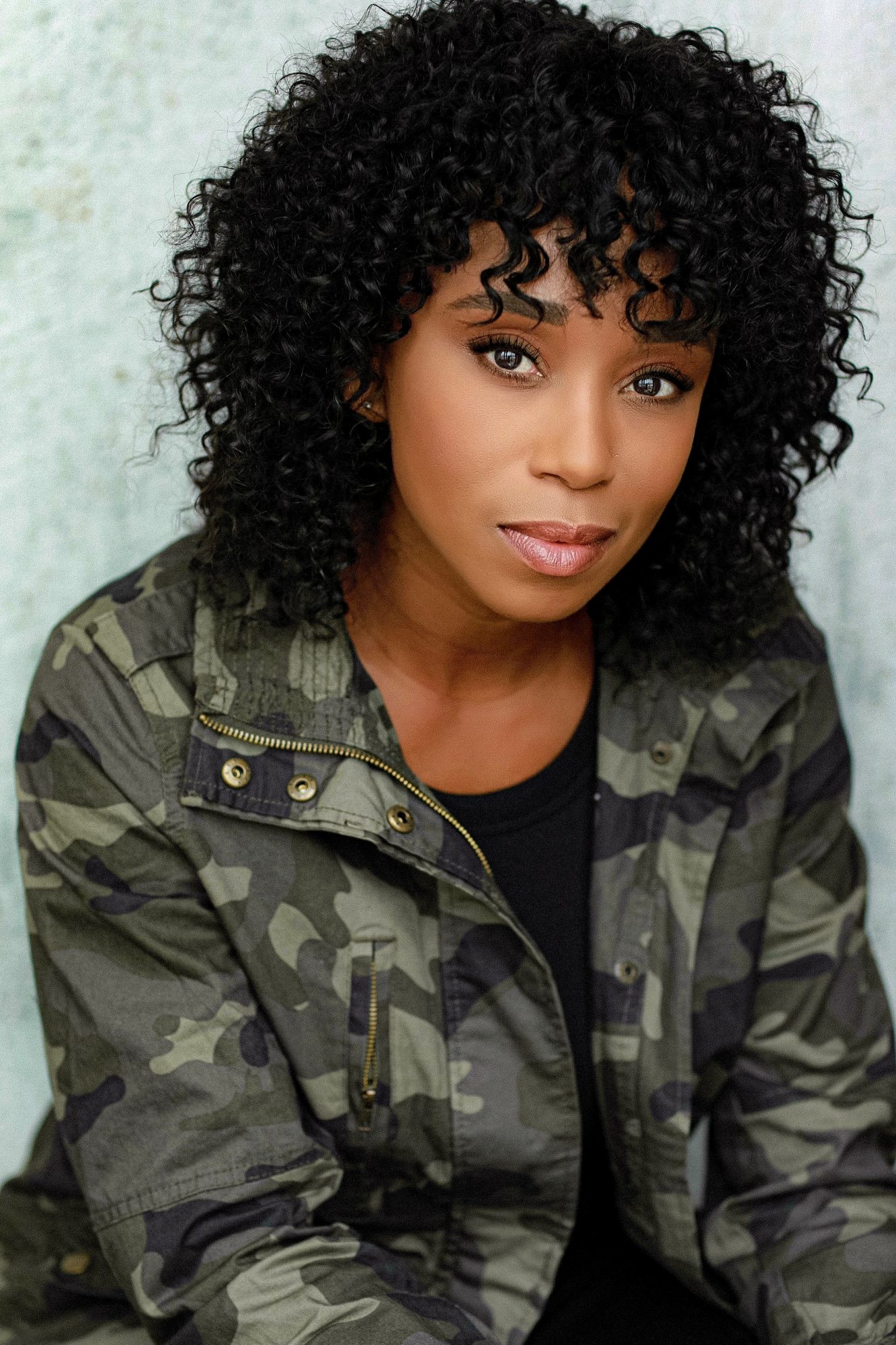 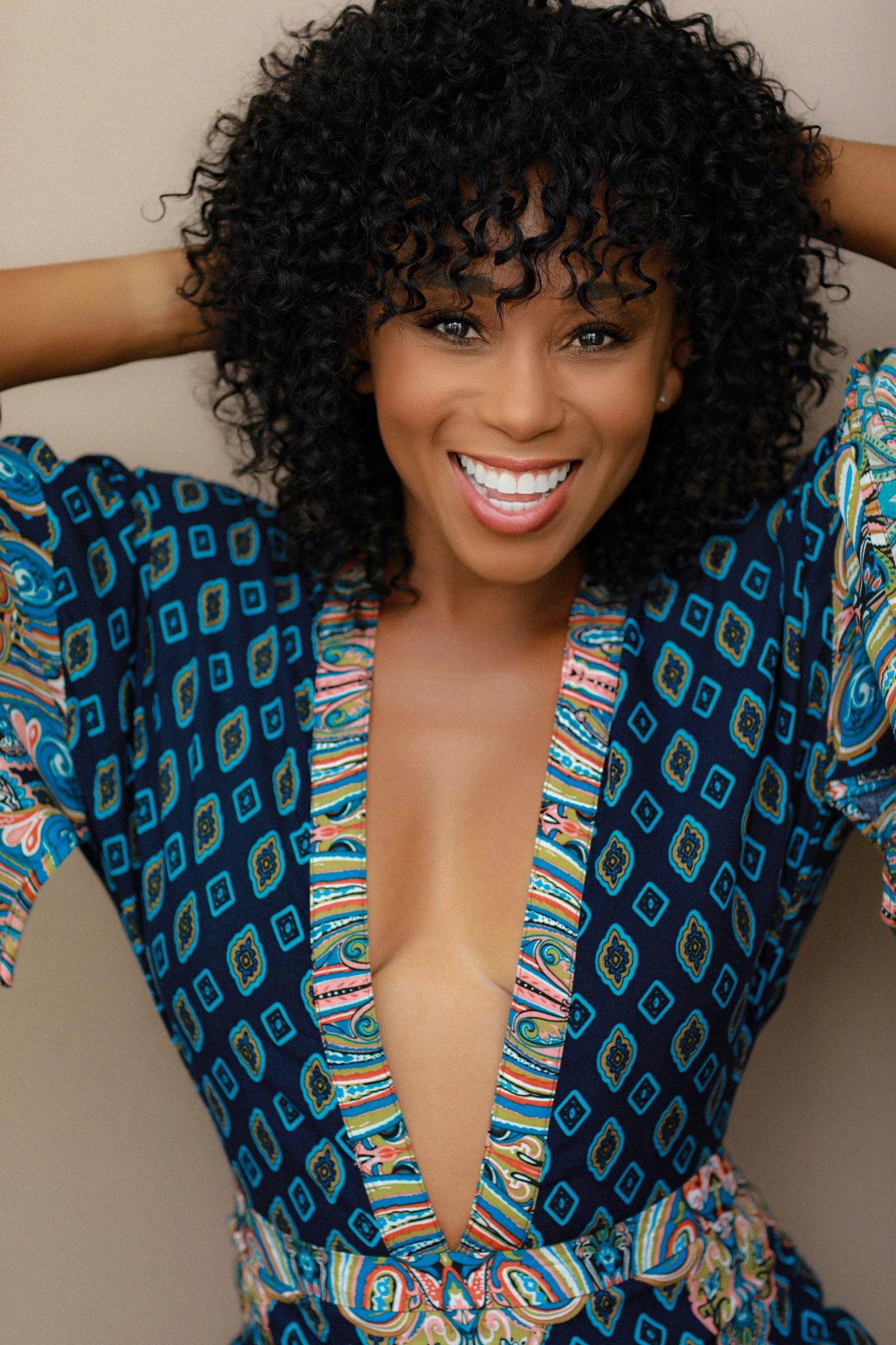 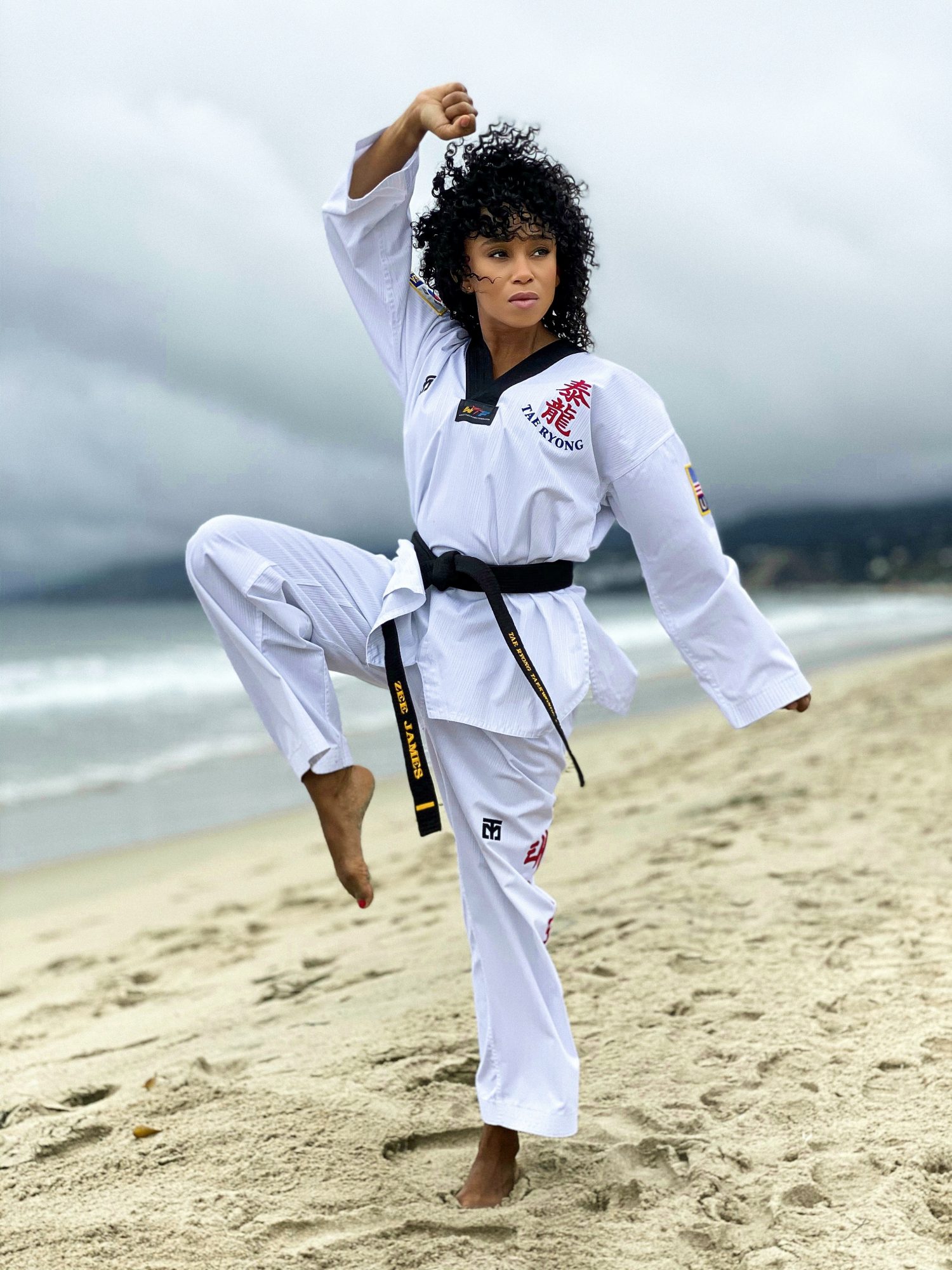 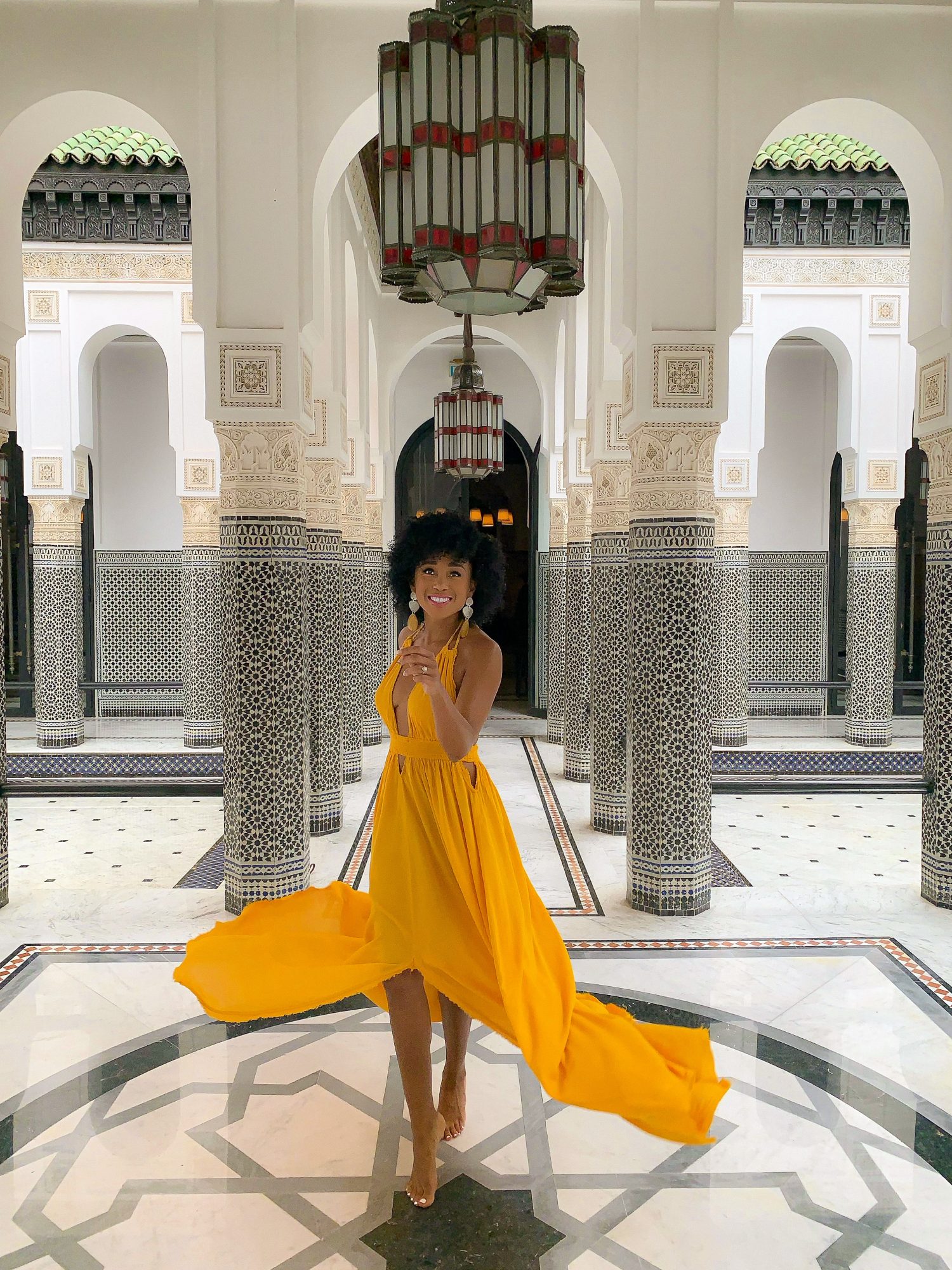