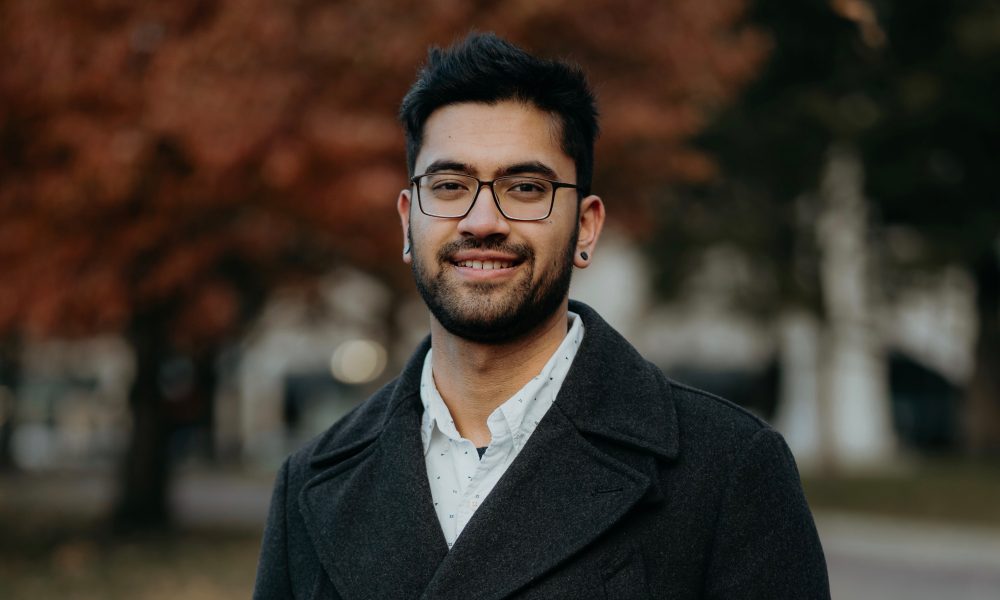 Today we’d like to introduce you to Abi Nav.

Thanks for sharing your story with us Abi. So, let’s start at the beginning and we can move on from there.
So I started off as a guitar player, not because I looked up to certain players or because I was inspired by someone (all of that happened later), but because I was into this girl back when I was in middle school. I was about ten, and this girl was my first ever crush. This guy in class brought a guitar one day; he wasn’t insanely good or anything but he could play. And so this girl, my crush, flocked to him along with the other girls in class and it became my goal then to learn how to play the guitar. I kinda just wanted to impress her. It’s kinda funny that I never got the girl but instead got my entire life through that little act.

Gradually as time passed, my childhood became somewhat turbulent, and the guitar became sort of my coping mechanism for most things. Locking myself up in a room for hours, just practicing the instrument with the goal simply being to shut myself out from the world around me worked pretty well in keeping me sane. That’s how I sort of got into songwriting.

In short, I wrote about four songs when I was about 18 or 19 years old; three of which weren’t good enough. The fourth one is a song called “I Know You but I Don’t”. I went to school for Economics right after high school and realized even though I was decent at it, it wasn’t my thing. And so I dropped out and went to Berklee College of Music (a school famous for the number of dropouts it has every year). I spent a couple of years there and realized I pretty much got everything I could possibly get out of my time there. I planned on moving out to Los Angeles, or New York or someplace, to give the artist thing a shot, but the Coronavirus pandemic hit the world. So I’ll be in Boston for a few months, and make the move as soon as things settle a little. That’s sort of my story so far haha.

Great! So let’s dig a little deeper into the story – has it been an easy path overall and if not, what were the challenges you’ve had to overcome?
It most definitely hasn’t been a smooth road. But nothing that I couldn’t handle; nothing that would make me want to give up. I grew up in a house with my dad, my grandparents, and my aunt. My aunt was a writer. Growing up, she was one of the few people that encouraged me every step along the way to follow my dreams. She convinced me that I was meant for something much bigger than a 9-5 job and a regular life. Her final years were plagued by serious mental illness. She passed on in 2017, and that was one of the hardest moments I’ve had to endure in life; the first time I saw the death of a loved one first-hand. She never made it as big as she could have with her poetry, but she was one of the finest artists I’ve had the pleasure of knowing. She saw the poetry in life and passed down some of it to me.

My dad worked a regular job for most of his life, and he still does. He had to go into work early on in life because of financial hardships the family was going through when he was younger. He gave up on his dreams so I could live mine. He got divorced when I was about ten years old. My grandma has been the main mother figure in my life, and she taught me wisdom and showed me a mature way of looking at life. She, along with my dad are the strongest people I know.

My aunt’s death coincided with the end of a serious relationship I was in, and 2017 really forced me to look at the bigger picture and helped me focus on what’s really important. So I moved to Boston in 2018, wrote like ten songs I was happy with in six months and put out an EP. After all that you can imagine, I had a lot to say.

That’s quite the story. Can you give our readers some background on your music?
I’m Abi Nav, and I’m a singer-songwriter currently based in Boston. I was born in New Jersey and raised partly in both NJ and in India. I like to tell stories through my songs. I try to find ways to tell my own story and hopefully inspire others from it. My sound is kinda John Mayer, kinda Pink Floyd, and kinda Radiohead. My guitar playing is probably most inspired by Mayer, Gilmour, and Clapton. I like to write somewhat complex guitar lines (because I started off as a guitar nerd and that sort of never went away) and sing over them. I’m very lucky to be able to do what I do for a living.

Interesting. Do you look back particularly fondly on any memories from your childhood?
My favorite memory from childhood has to be my grandma waking me up for school everyday. I used to watch Cartoon Network and strum my guitar every morning before I got on the bus. There was something about that time you know? How you really wouldn’t have to worry about who you needed to be at that moment; I could have simply been the boy who watched TV and played guitar every morning, and I was. What could I not have been when I grew up! (I believe at the time I wanted to be an astronaut). Ah, what I would wish to experience those days again.

Abi Nav’s debut EP Transience: Pt. 1 is almost at 150k streams on Spotify, with the entire album on the way soon. You can check out the EP here: 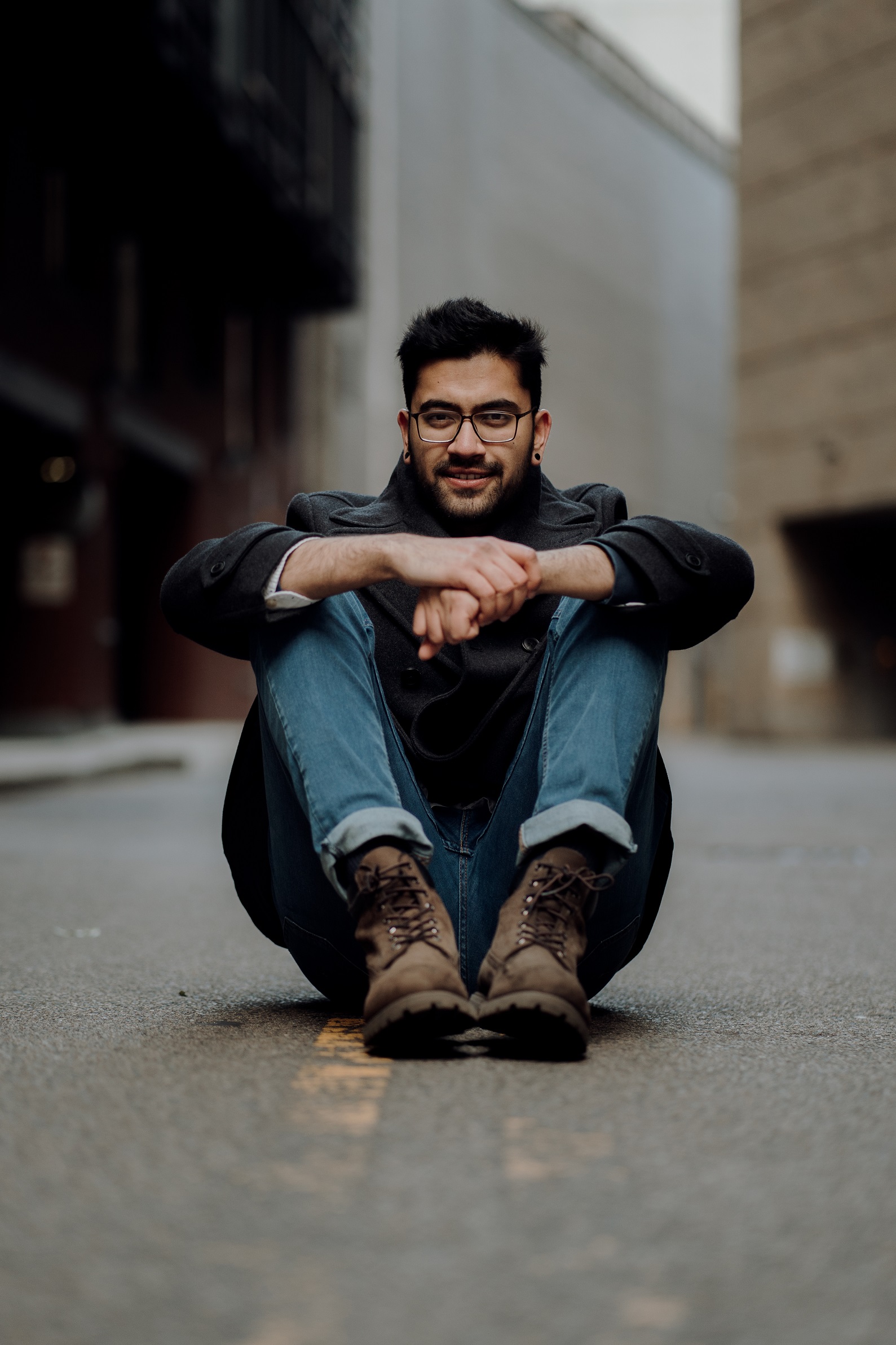 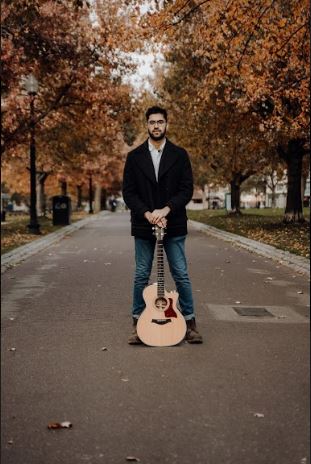 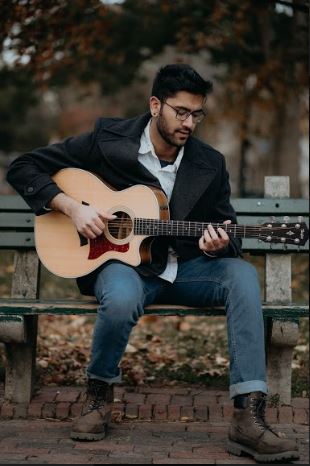 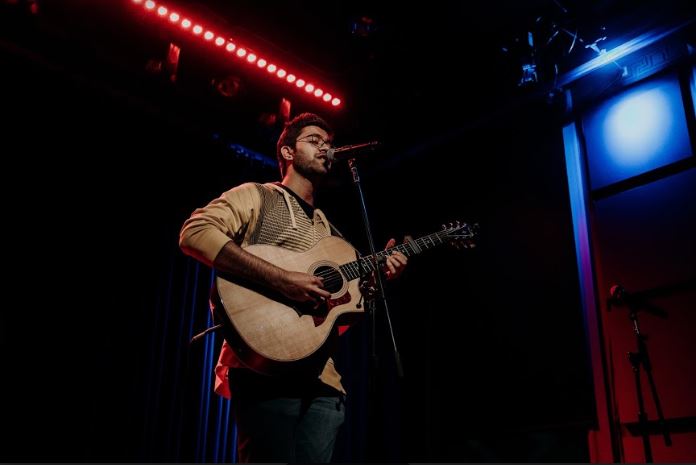 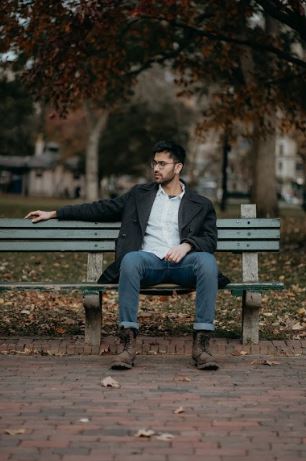 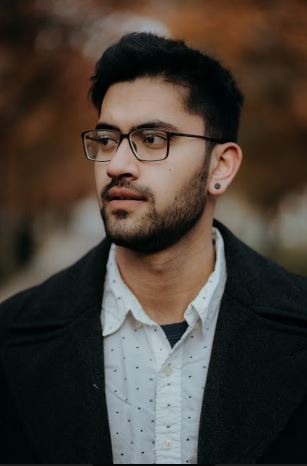 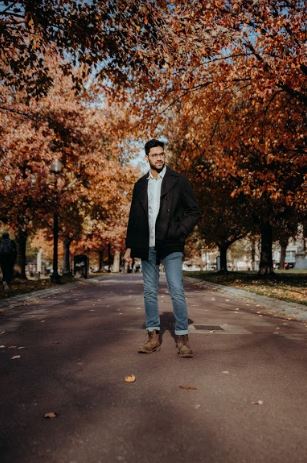