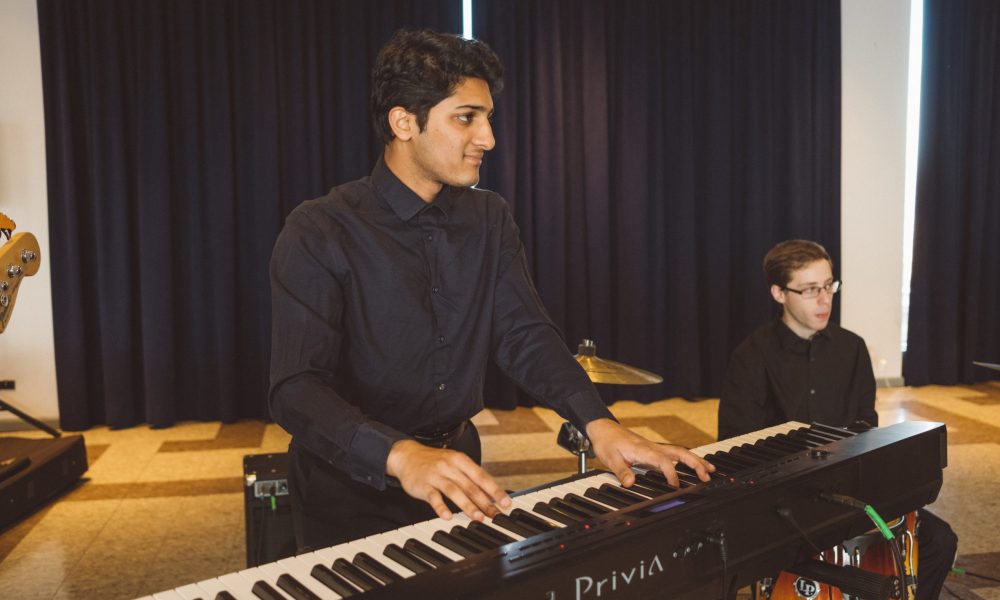 Today we’d like to introduce you to Aashray Harishankar.

Aashray, let’s start with your story. We’d love to hear how you got started and how the journey has been so far.
I’ve been privileged to grow up in an artistic family, immersed in music and dance since I was very young. My mother is a Bharatanatyam dancer and artistic director of Arpana Dance Company in Irvine, where she has taught South Indian Classical dance for almost 40 years, and my father manages a cultural center that supports arts and music of India with classes and concerts held year-round. Despite being surrounded by music and art throughout my childhood, I wasn’t seriously interested in music until my early teens. I had taken classes in piano at an early age, and after a traumatizing burn accident at age seven, my parents transitioned me to learn Carnatic (South Indian Classical) music on the keyboard with a local teacher, Sri N. Muralikrishnan. I was reluctant to go to those classes, but I listened to my parents and the gentle encouragement of my grandmother, who was a singer herself. By 2009, my teacher felt it was time for me to finally perform on stage, and we began preparing for my Arangetram (debut solo performance), a graduation of sorts in Indian classical music. Even then, I had little interest in becoming more serious about music as it felt more like an obligation to my parents and to my teacher rather than something I was pursuing for myself.

The turning point came when my grandmother fell ill and passed away in 2010. She was quietly one of the strongest, most influential forces in my life and after her passing, I knew that I needed to complete my Arangetram as a tribute to her guidance. The music that we spent so much time together learning began to take on new meaning and I dedicated myself to Carnatic music for the next year and performed my debut concert in 2011. From there, my interest and natural passion for music took off. I had started writing my own music using Garageband on a Mac mini my parents got me and fell in love with creating sounds, beats, and albums that told a story. It was a new way of expressing myself that felt so much freer than just words. Being an introverted, quiet person, music was an escape where I could understand human nature and understand myself better. I wrote two (albeit amateur) albums and released them to friends and family, and began to write and produce more as I reached the end of my high school years. I rarely took part in any musical activities outside of that though. I wasn’t in any bands, and only took two music classes and a theory class while in high school.

Despite that, I knew that music was something I wanted to pursue further, and I began applying to schools like NYU, USC, UCLA, and CalArts. In the end, I was completely taken by a small school on the banks of the Hudson River, called Stevens Institute of Technology. Everyone there was so personable and hardworking, the school was in a beautiful location in Hoboken right across from New York City, and historically, being an engineering school, Stevens was pushing hard to fund their arts and music programs. I really enjoyed my time there and really took advantage of every resource and pool of information the school had to offer. I collaborated with many other students, went on jaunts to NYC frequently, and performed with a jazz collective “In the Works” for three years and reggae-rock band “Light Warriors” as well. It was there that I also began to pursue film scoring more seriously as a branch of my musical passion. After graduating, I took on an internship with Remote Control Productions in Santa Monica, CA, where I got some great insight on the business at the heart of the film scoring world. I began to network with people around LA and took on a range of freelance work as I worked to finish my ‘official’ debut album. Entitled “Flight”, this album was the culmination of years of ideation, exploration, and collaboration that began when I first found my passion for music and is definitely one of my proudest accomplishments today.

As an artist, I knew I needed to become more connected with the artist community in LA, and I had thoughts of rejoining the world of academia in pursuing my masters to teach at the collegiate level. As it would turn out, I ended up applying and being accepted to one of my dream schools, CalArts. I am currently pursuing my MFA in the Performer-Composer program there and hope to graduate in 2021. Even after just one year at CalArts, I feel that I have learned and grown so much as a musician and as a person. I am truly privileged to be a part of such an open, diverse, passionate, welcoming, and fascinating community of people, and I am unbelievably excited for this next push forward.

Great, so let’s dig a little deeper into the story – has it been an easy path overall and if not, what were the challenges you’ve had to overcome?
I have felt lucky in a lot of ways to be on the path that I am on. My parents have been incredibly supportive of everything that I do, and have done their best to push me in the right direction and allow me to find my passion. My grandmother’s guidance is everlasting and is something I hold with me whenever I feel any sense of pain or uncertainty. I have had my share of disappointments but I’ve always kept my head up and my eyes forward. As a person, I am very ambitious and organized, and those traits have helped me throughout my childhood and into adulthood. But they have also been a cause for anxiety, especially when it comes to my expectations for myself. Fortunately, I’ve become better at absorbing hits, and have loosened up and opened up to support and help from others. Over the last few years, I’ve realized that teamwork and collaboration is truly the epitome of success and have taken solace in others and allowed others to do the same with me. Not to be cliche, but it’s true that “everybody needs somebody to lean on”. Since earning my Bachelors and returning to Southern California, I have struggled to find steady work and to build my profile as a musician, which has lead to quite a few moments where I have felt unsure about my ability as a musician. Despite that, I’ve never felt that music wasn’t worth pursuing and that passion has continued to fuel me. Being at CalArts for the past year has also helped me realize the value in my work, making me more confident in my place in an industry that is known for its uncertainty, even more so in these times.

Escapist Music – what should we know? What do you do best? What sets you apart from the competition?
My business, Escapist Music, is based around my background in music production, composition, and sound engineering. I have been self-producing work for about six years now, and have produced music in a variety of genres and collaborated with a variety of artists, ranging from pop to electronic to jazz and R&B. I’ve also taken on sound design and music for a few animations and podcasts, and am looking into more and more projects in mixed-media and performance art. My passion has always been in immersive art, and working with others in works such as video games, sound installations, and films is something I am currently pursuing with full force. I have a diverse background in music theory, arranging, composition, performance, audio engineering, and production that allows me to take on projects in their entirety and see both big and small pictures, which has helped me understand and to advise and work with many of my artist friends. I enjoy seeing the macro and microscopic parts of a piece of art and finding its connections to the larger artistic canvas, both theoretically and emotionally. This is what compels me to continue my work in music and to collaborate with other skilled and passionate artists. I find that these connections are the most important aspect of art and how it relates to the human experience.

What moment in your career do you look back most fondly on?
I would definitely say that releasing my album last year was the biggest achievement of my career so far, and I’m seeing those successes grow as I improve every day at my craft and work with so many talented and wonderful people. This album was an idea that I had dreamt about and worked on since I was young, so seeing this album come to fruition and seeing how far I had come was a big moment for me. Hearing my album at its completion, I could feel how the essence of the idea had flowered and come to encompass the many ways in which I grew over the course of my time at Stevens, as a performer, collaborator, producer, songwriter, and storyteller. I am proud and lucky to have worked with amazing musicians and close friends like Tristan Demetri, Sumika Inoue, Kiera Dillon, Carlos Dissenha, Justin Tanksley, Erik Rabasca, Alex Kaufman, Ed Wilkins Jr., Andrew Chrepta, and Julian Hernandez. My close friend Kavi Srinivasaragavan has also been a guiding light for my work and has been a major part of my growth and success the past couple of years. He created the beautiful artwork that goes along with the album. Like my Arangetram, this album marks a graduation of sorts into my professional career as a musician, and will always remain one of my proudest personal achievements as an individual. 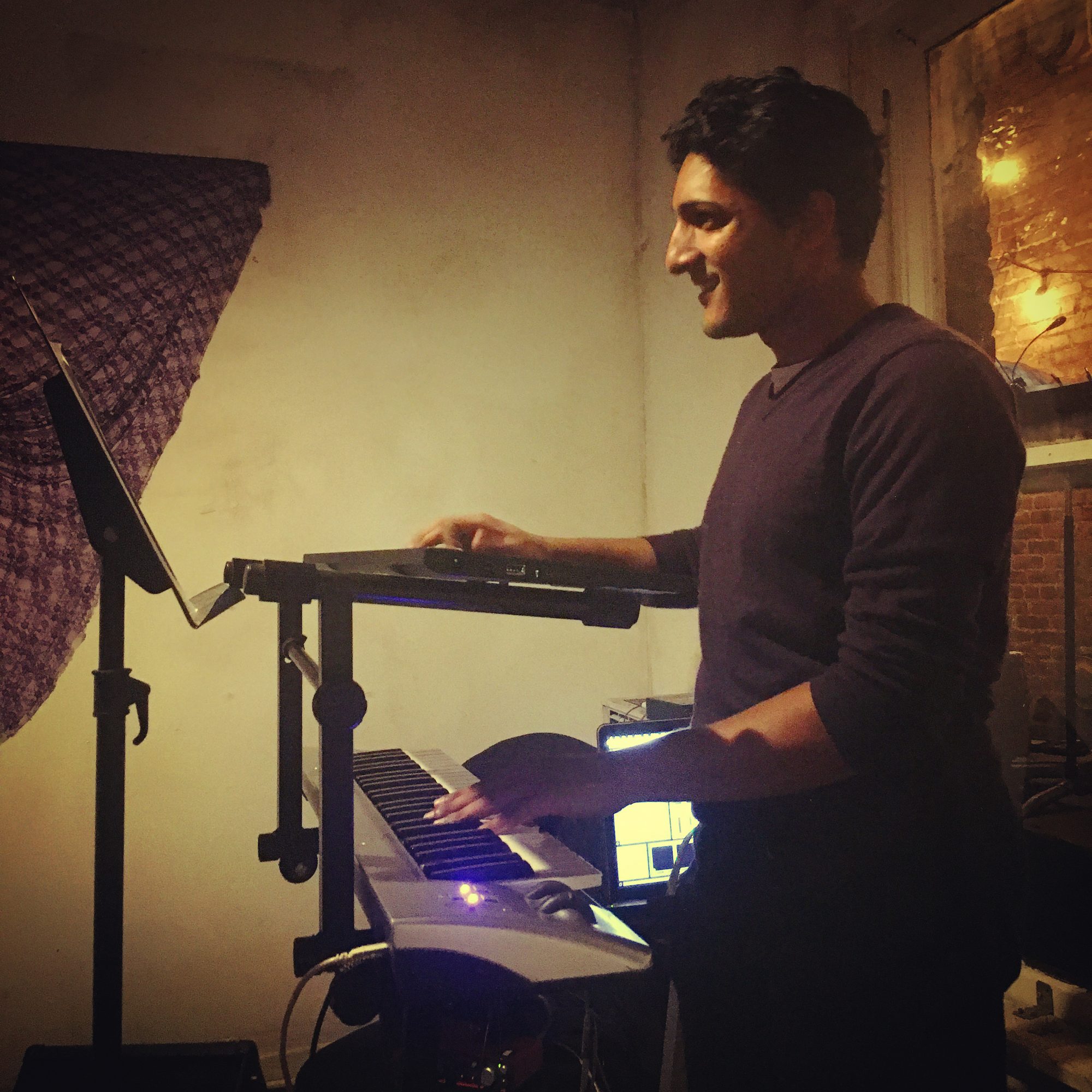 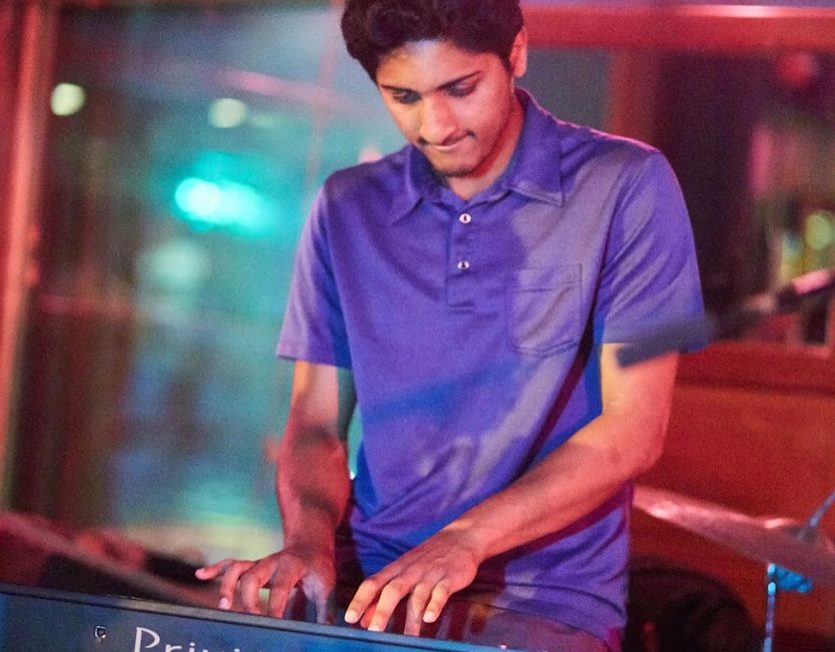 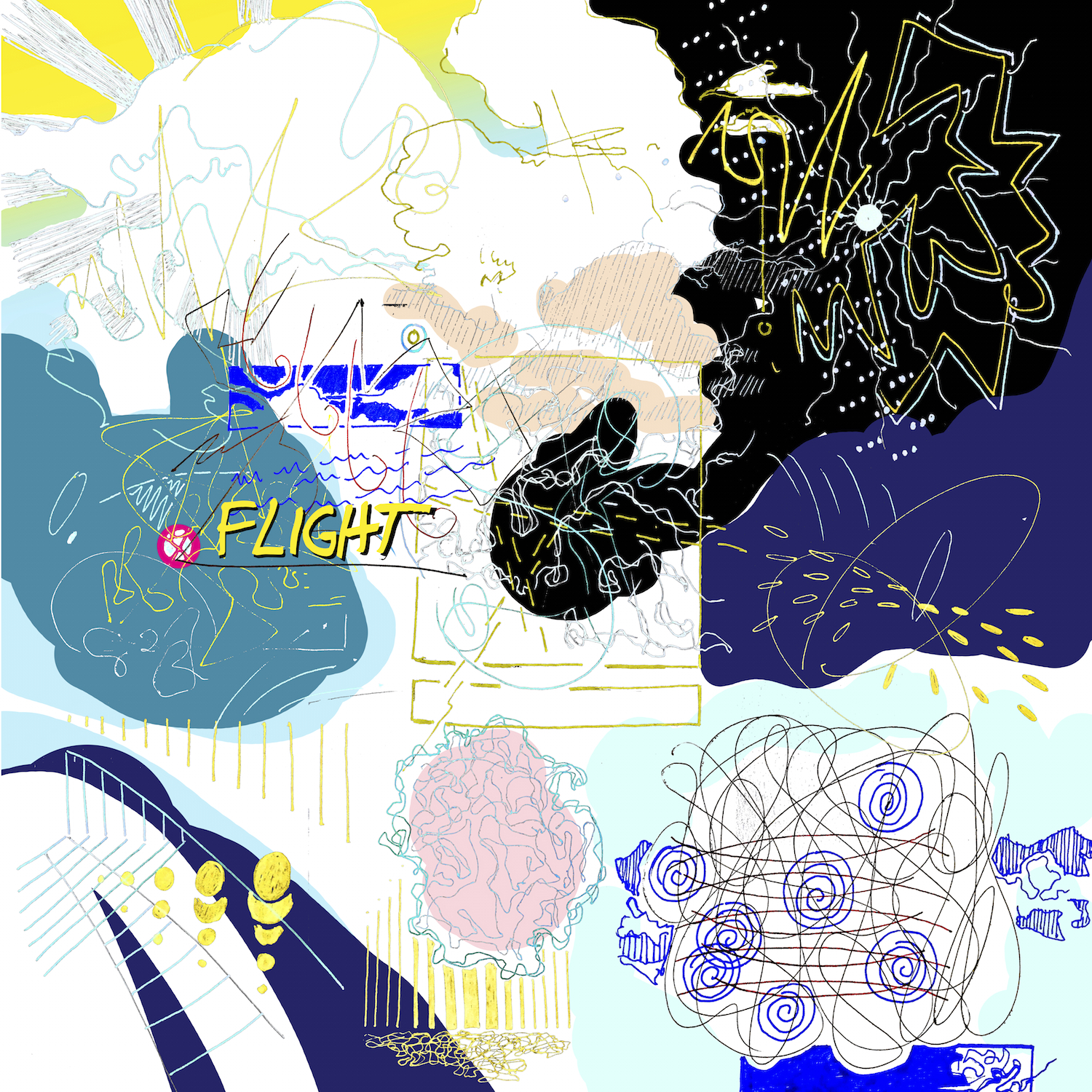 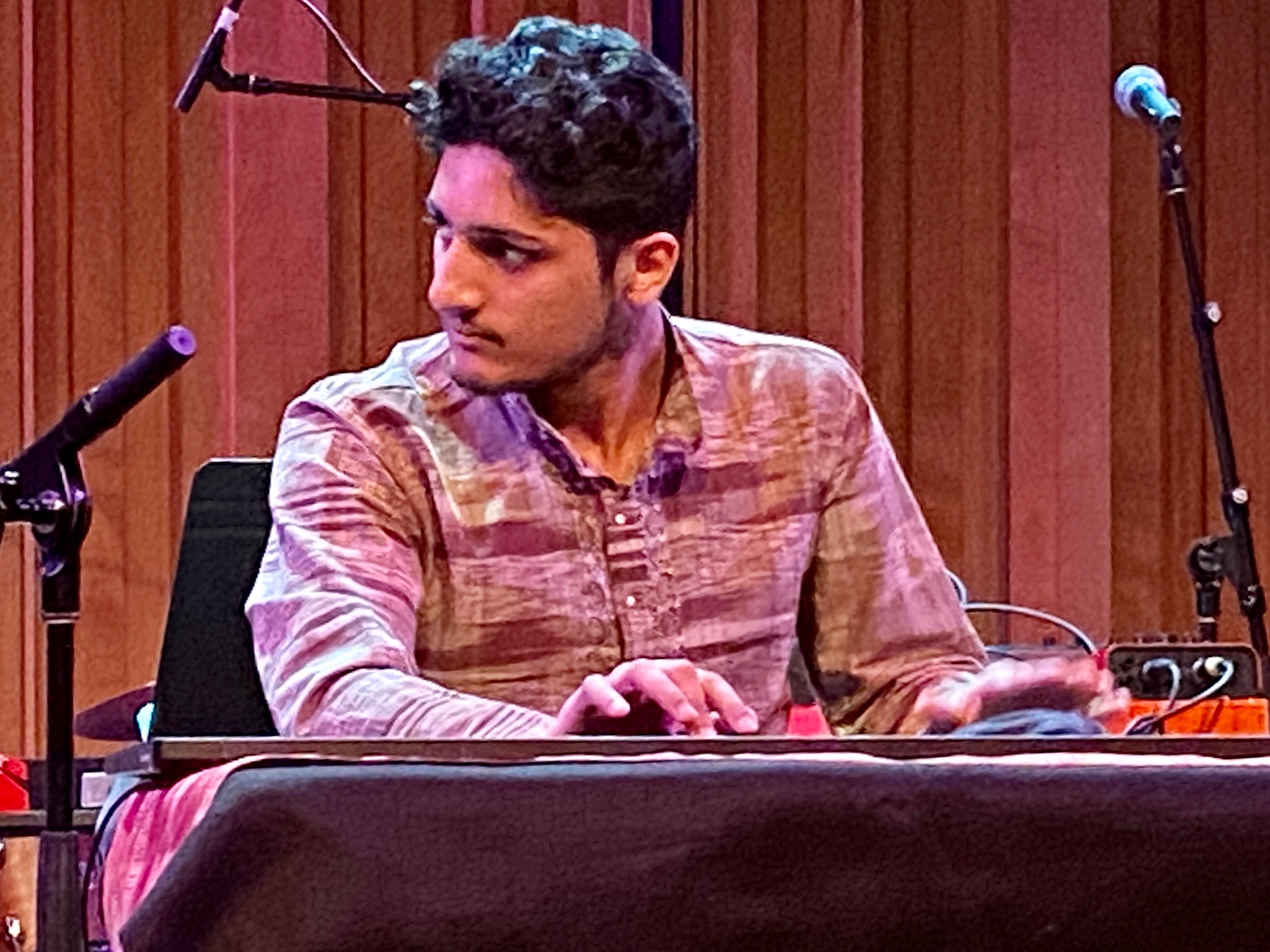 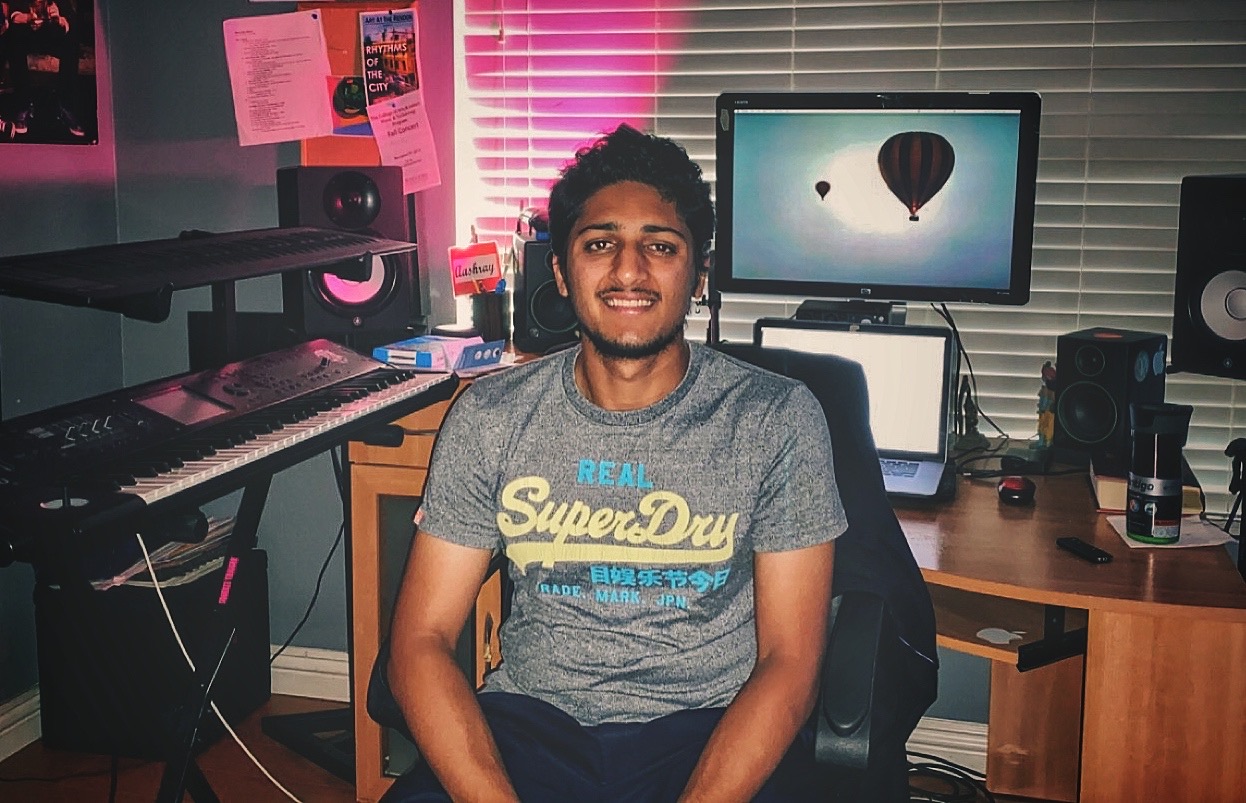 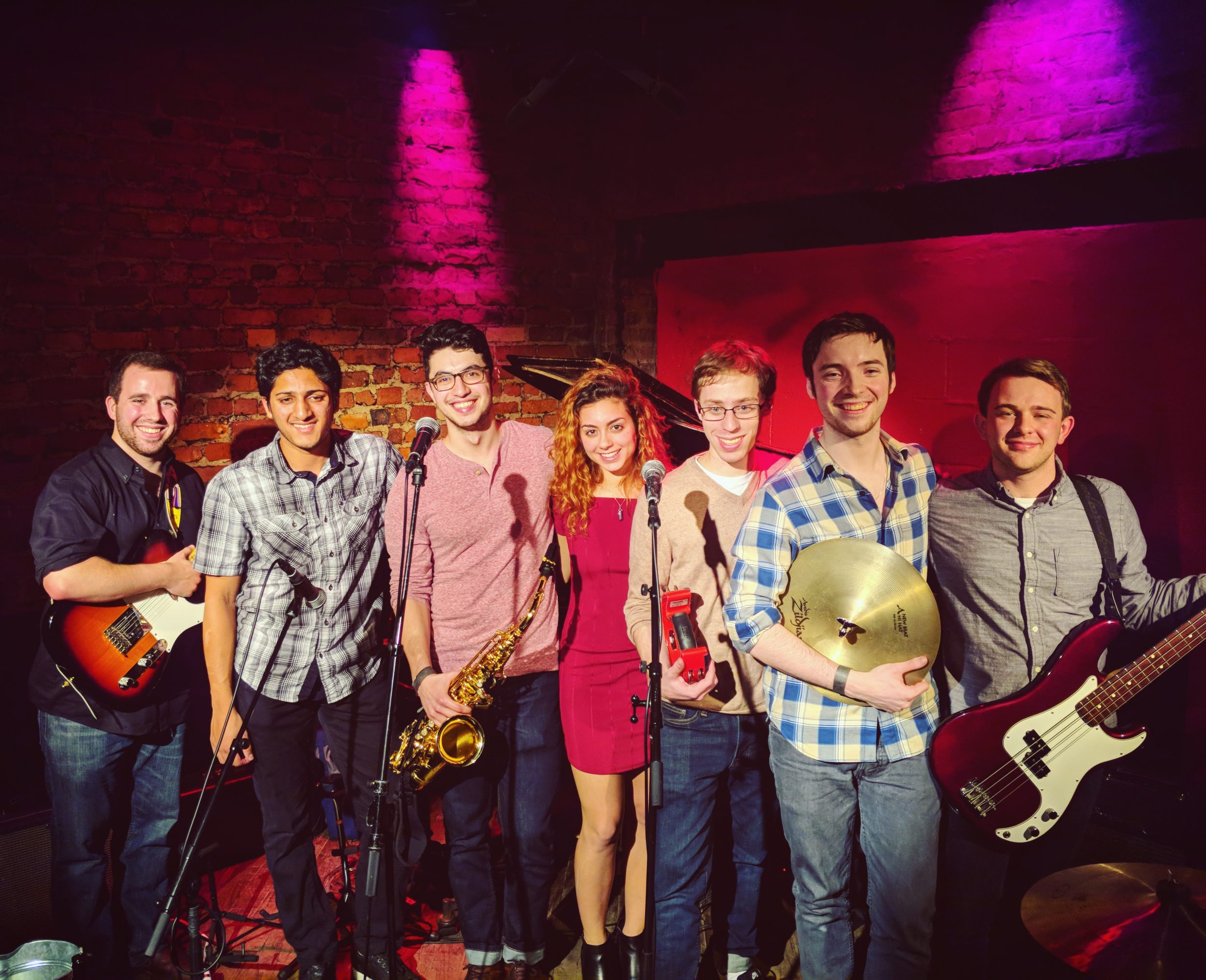 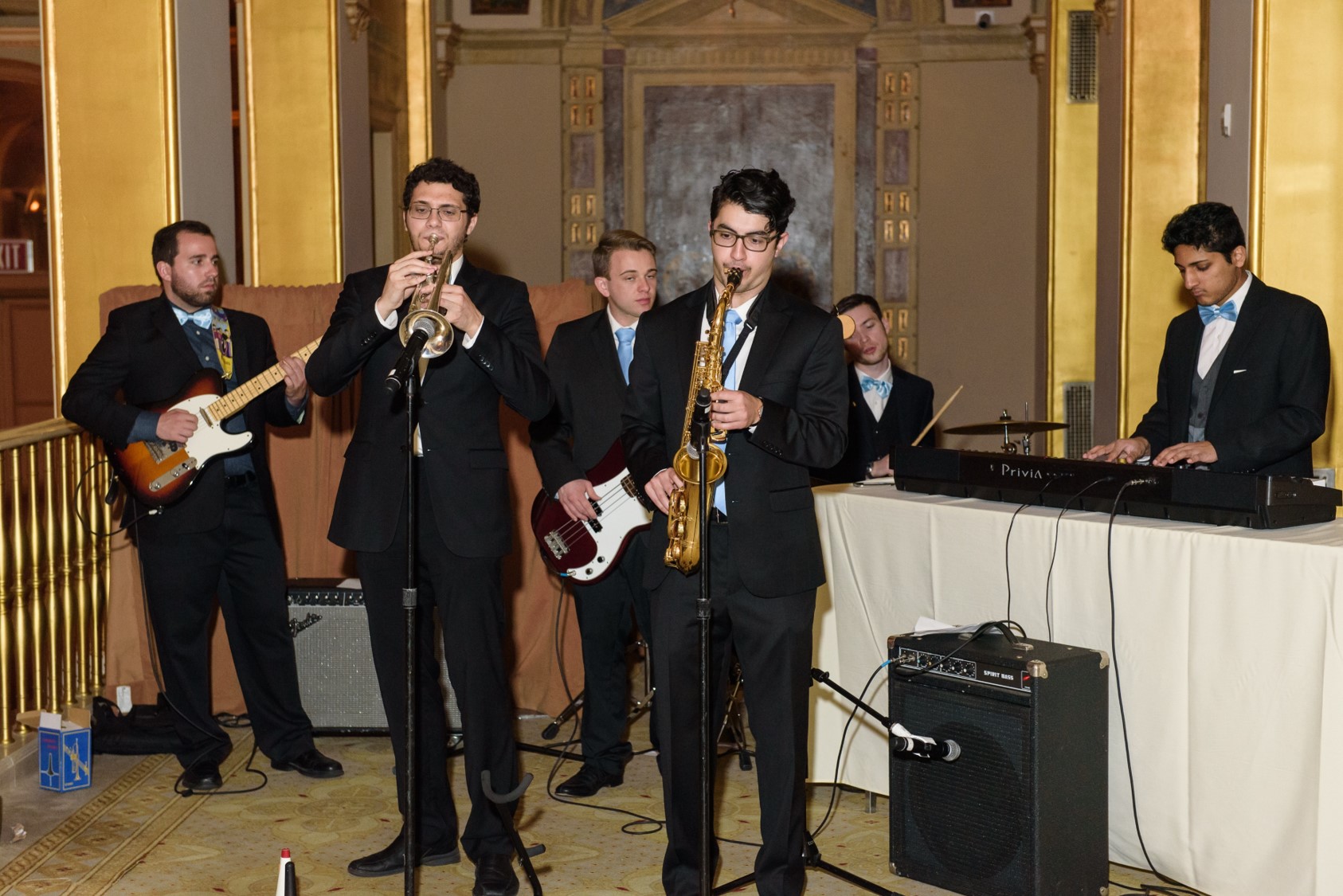