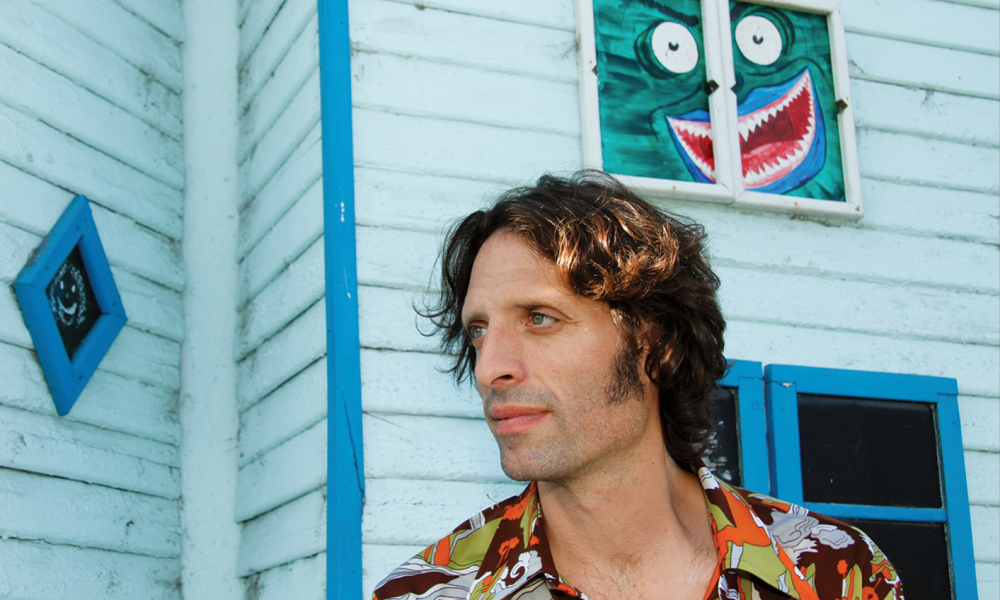 Today we’d like to introduce you to Aaron Steinberg.

Thanks for sharing your story with us Aaron. So, let’s start at the beginning and we can move on from there.
Something about New York permanently changes your DNA – it sure shaped me as a songwriter, performer and soundtrack composer. Something in the atmosphere was saying “we’re challenging ourselves here – always.” I had grown up in San Francisco performing and writing songs, but in NYC there was a sense of adventure with such inventive people to hear and to work with, and all of them different from each other. While playing gigs and producing music in NYC, I was fortunate enough to lodge my foot in the door of TV / film composing which, in time, allowed me to make music a 24/7 existence. Ultimately it also allowed me to then venture out here to Los Angeles with more than just a desperate longing for Mexican food. For some reason, continually keeping both of those two musical engines simultaneously turning – songs and soundtrack music – has seemed to have had some sort of mysterious cross-pollinating effect.

We’re always bombarded by how great it is to pursue your passion, etc – but we’ve spoken with enough people to know that it’s not always easy. Overall, would you say things have been easy for you?
Many bumps along the way! (But of course.) Along with the basic survival worries that will probably always go with the territory, it did take some time to get a “network” going in Los Angeles, since at first, the difference in vibe was a little perplexing – though it did result in me writing in what could be our most-requested song, “Hollywood Douchebag.” Still, sooner than later, I somehow was able to get into working with the kinds of absurdly gifted people who inspire others around them to up their game. (They are practically all over the place in LA, it turns out.) But then, when my daughter was just a month old, I got an illness that caused a super-weird hearing problem – terrifying, and I thought I might finally be sunk. Thankfully, eventually I recovered back to normal. Bigger picture – on the creative front, for many of us there’s often that eternal struggle of peering up at that Godzilla-height tidal wave of pressure roaring down for generic output.

Can you give our readers some background on your music?
Songs & Soundtracks . . . Captain Danger is the original project/band, and in LA, venues you’ll find us at include Harvelle’s. Together we’ve concocted a way of mixing up rock, soul, hooky pop, funk and more that feels natural, and allows for surprises, layers, twists and turns – with Keith Eaddy (aka “E-Day”) on bass/vocals and Roger Benford (aka “Joose On Drums”). We share a sense that genres can be fluid and that moods are too – going from something fun, then melancholy, and even then onto something comedic doesn’t have to mean a trip to the Principal’s office! Over on the soundtrack side, fave highlights have included music for Bill Nye The Science Guy, The Grand Tour, Making It, Howard Stern, Billabong and projects like the new documentary “Tomorrow’s Hope.” Apparently now the people who I’ve been doing song-driven spots for over at FX have decided I will be changing my name to “Earworm” instead of Aaron. (Haven’t told mom yet!) Also I’ve had the good fortune to work with the amazing composer Paul Leonard-Morgan on projects such as Dredd, Dynasty, Limitless and more. For artist production and collaboration, it has always been über-fun working with the insane Flula Borg, as well as the incredible Olivia Olson. I get random calls from lunatic/genius Lard Dog not just for production and songwriting but also for ridiculous voice-overs and a variety of utter weirdness. Lastly our ongoing New York band The Televisionaries (reimagining classic TV theme tunes) continues on (don’t touch that dial!). In the end, I hope what might set us apart in all of these trajectories is a concerted effort to try and linger with you in some way, even after the experience itself has ended.

So, what’s next? Any big plans?
Mega-excited for the upcoming official release of Captain Danger’s record “Love Sweet Love” this year, as well as for the release of the documentary “Tomorrow’s Hope” with a score featuring super-cool upright bass from Vashon Johnson and an original song (“Hope To See Change”) by Keith Eaddy and myself, with vocals from the amazing India Carney. Additionally, looking forward to more chances to collaborate with the magnificent Rudy Love Jr (look for him here on VoyageLA too). Also looking forward to new sounds coming out of our kitchen prepared alongside the astounding André Berry (Sheila E, Brothers Johnson) and more music for the exceptional people at the Strike Audio music company. But maybe most nefarious of all of these upcoming schemes is an animated series concept I seem to have roped some immensely capable people into helping explore and develop. (Sounds like a sneaky way to try to configure my ultimate “dream” scoring / song-making gig, doesn’t it? Shhh! Don’t tell ’em.) 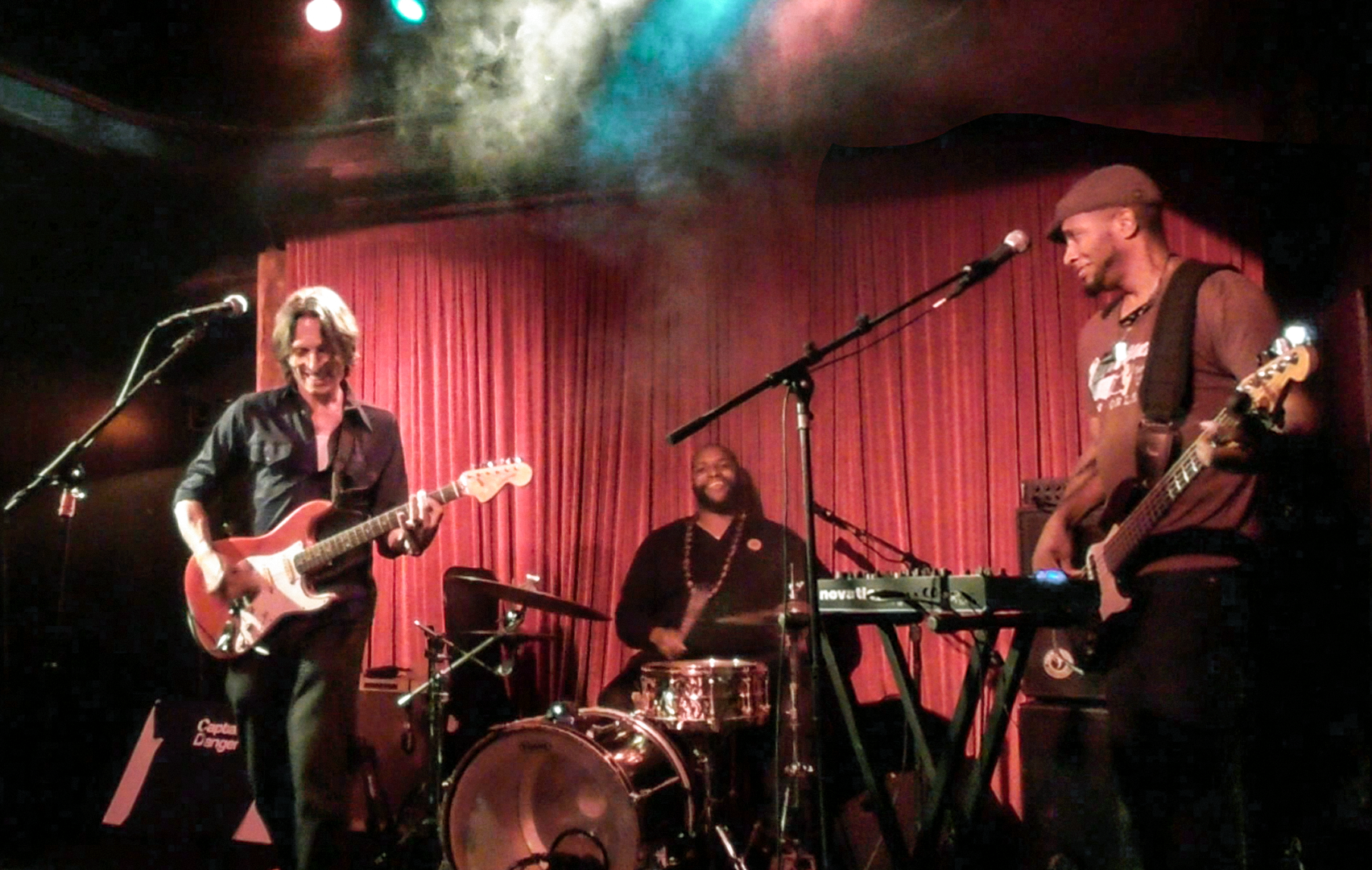 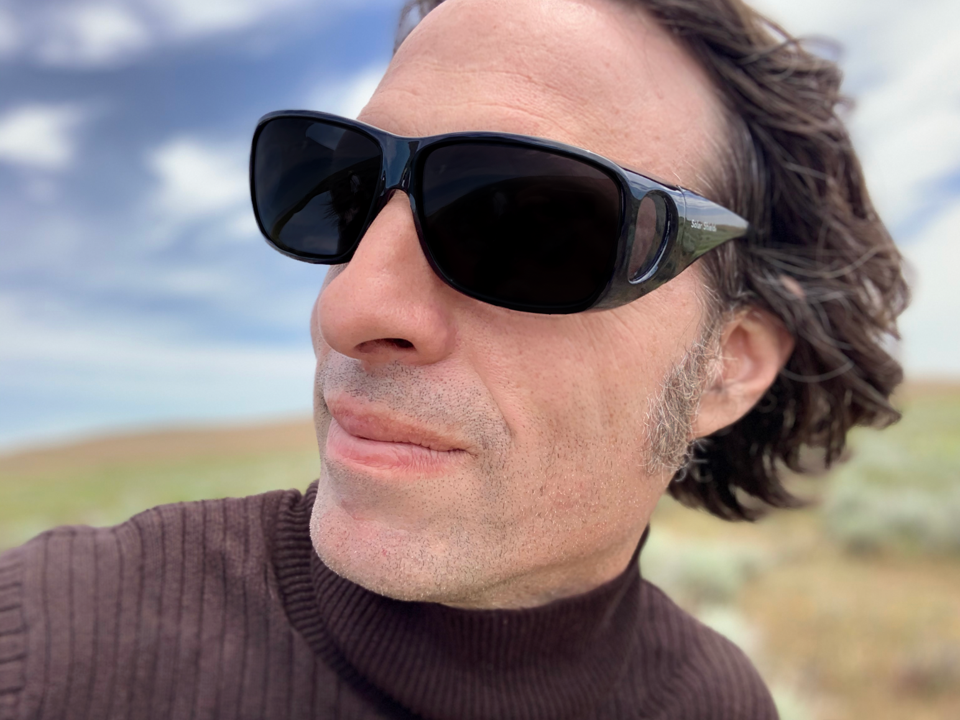 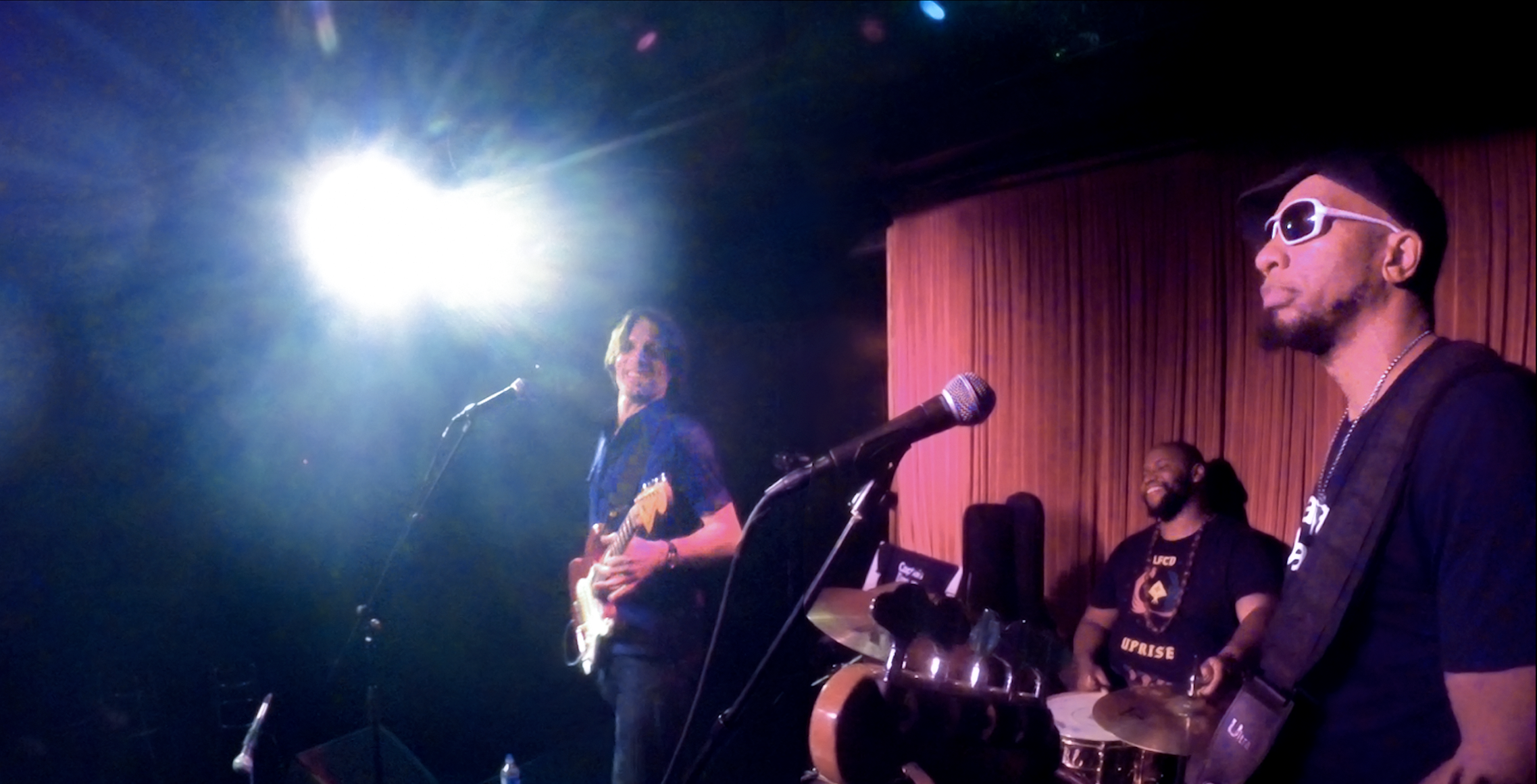 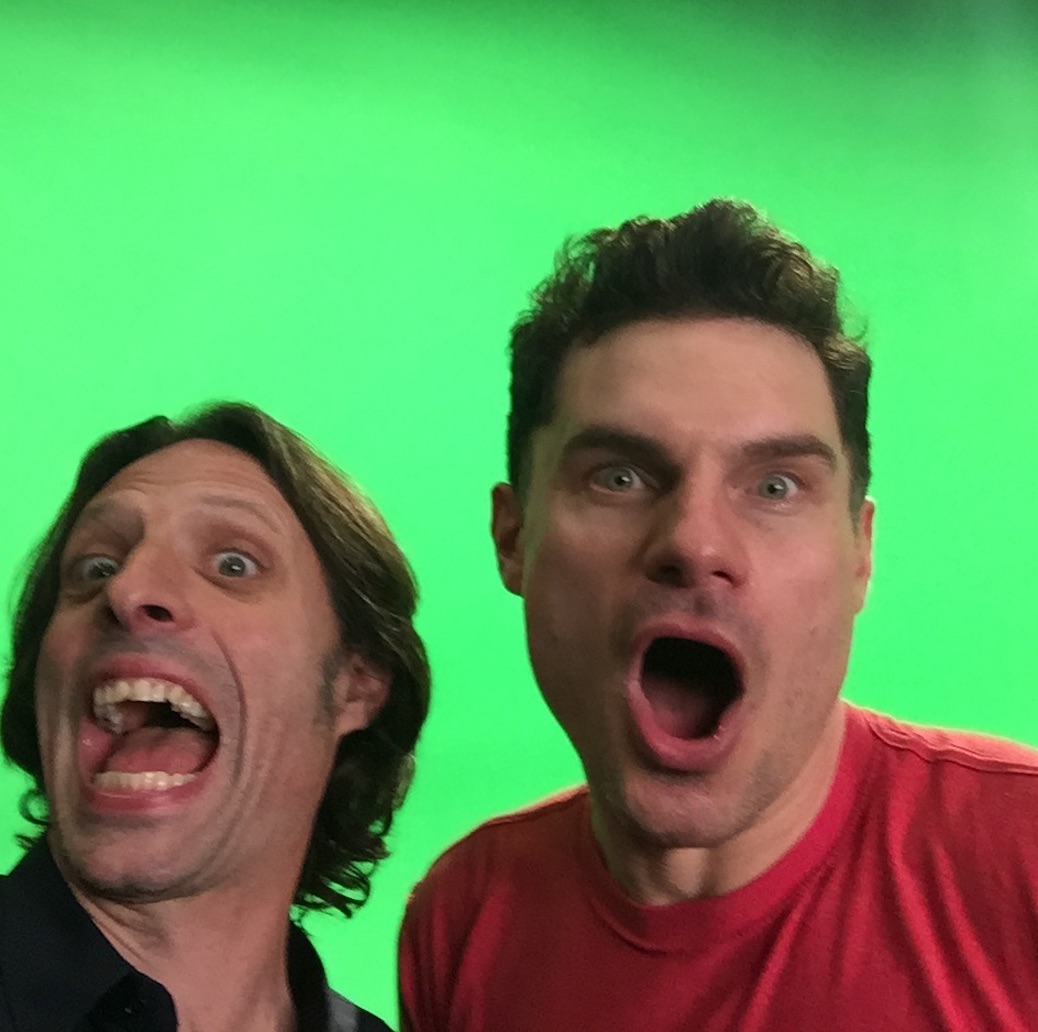 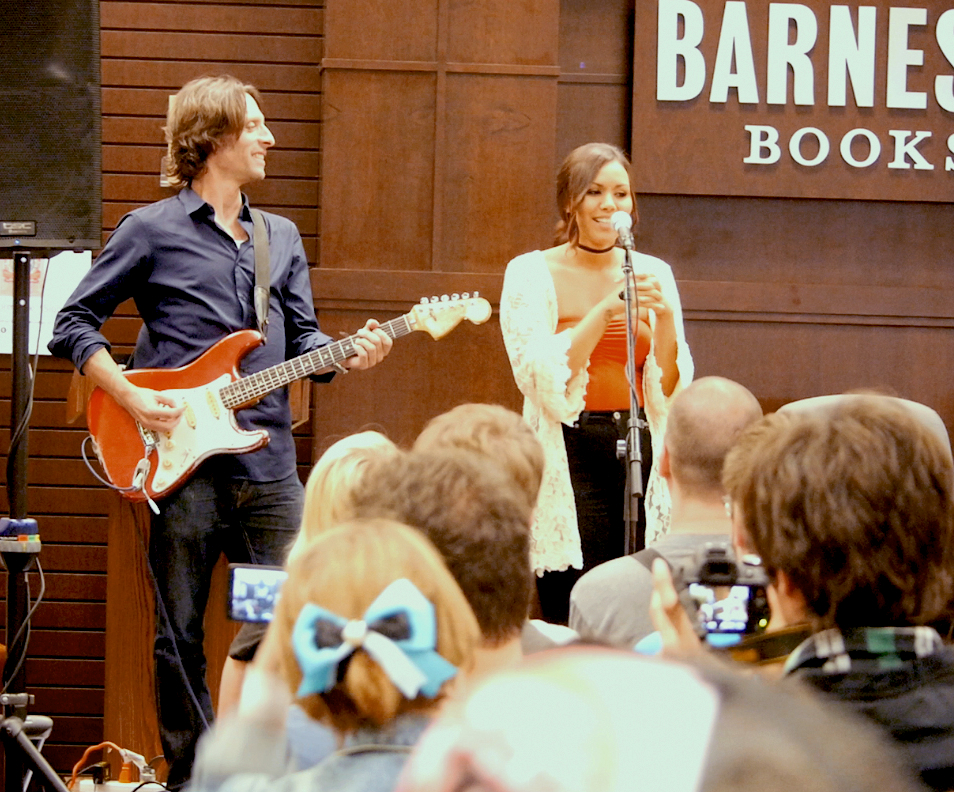 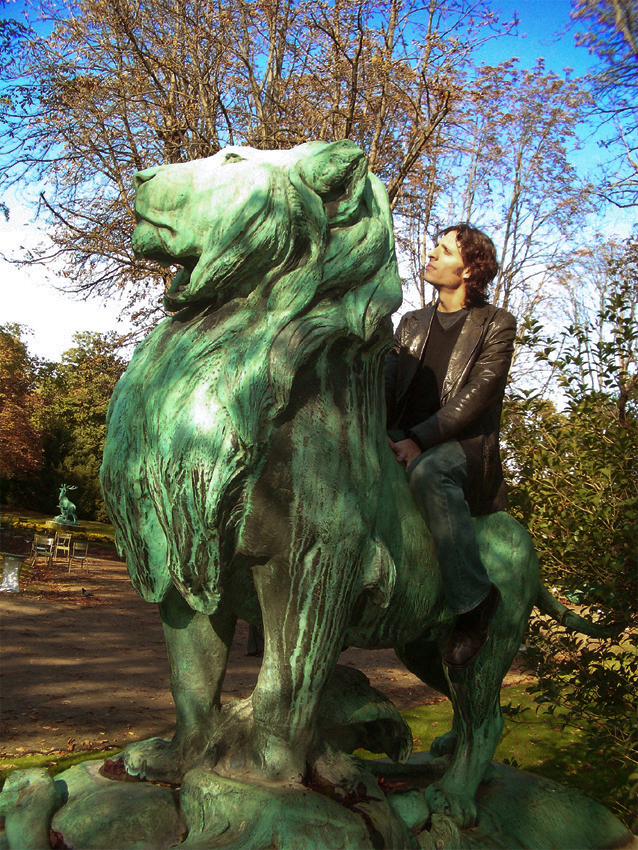 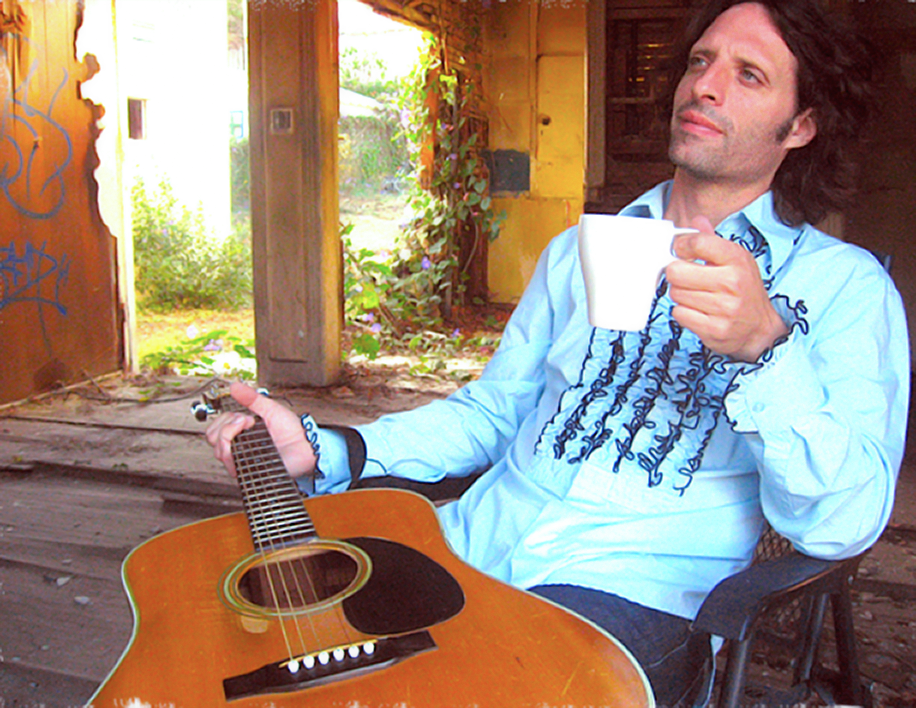 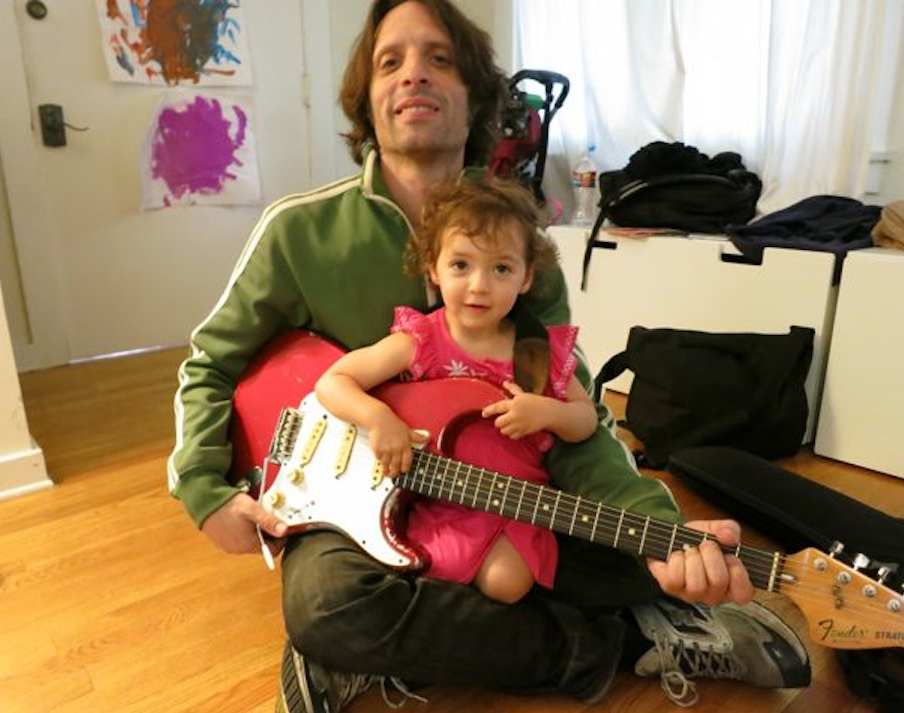