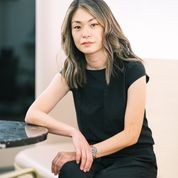 Today we’d like to introduce you to Sayuri Tsuchitani.

Hi Sayuri, so excited to have you with us today. What can you tell us about your story?
I am from Japan and originally started off as a hairstylist. Having worked as a hairstylist for over a decade in different places including New York, Shanghai, London, Hawaii, and Los Angeles, I started noticing how tense many of my clients were. I wanted to serve people with a holistic approach and decided to develop Head Spa services. Head Spa originates from a Japanese technique that is already popular and I visited many Japanese spas to learn as much as I could about the existing Japanese methods. While I was in London, I went to area calls south hall where Indian communities are and I gained experience with Ayurvedic Indian Head Massage. When I was living in Shanghai, I often visited Chinese medicine doctors to learn about how they cure the body holistically and gain understanding of meridians. Working in Hawaii, I learned about Hawaiian lomi lomi massage and have incorporated some of those methods with my Head Spa technique as well. My Head Spa service today integrates what I have learned from all these chapters of my life.

Can you talk to us a bit about the challenges and lessons you’ve learned along the way. Looking back would you say it’s been easy or smooth in retrospect?
No, it has been a very challenging road. I grew up poor and have had to mostly educate myself. I was raised by a single mother in the 1980’s in Japan where I was the only child I knew whose parents were divorced. Higher education was almost impossible financially. Japanese society did not encourage me to follow my own path, travel, and work for myself. I was just expected to be someone’s wife and I hated the idea of that. After I graduated high school, I worked to save money to come to the United States. My family did not support my decision and life is not easy here for immigrant women. I got my cosmetology license so that I could start earning money quickly to survive. I worked at a Japanese hair salon in New York, but I wasn’t trained in Japan so I was not appreciated. When I left to work at an American salon, I had many struggles with immigration issues, but I didn’t give up.

Thanks – so what else should our readers know about your work and what you’re currently focused on?
I do Head Spa. A head spa massage effectively stimulates the health of your scalp and hair while also helping to promote a deep sleep, alleviate stress, reduce migraines, give a natural facelift and provide overall relaxation. It also addresses hair loss, hair graying, dry or oily scalp rebalancing, and hair treatments. Since the United States offers such a diverse clientele where each individual’s needs are very different, I have developed the ability to offer a very custom solution. My experiences with different traditions around the world and with the diversity of people in the United States have given me an expertise that goes far beyond the more traditional and limited Head Spa practices that exist today in Japan. Straight hair, curly hair, African American hair, and Asian hair for example are all very different, and people of different ages and in different walks of life also have very different wellness needs. Some people are suffering from sleeplessness, some are losing hair, and other people have other issues. I can personalize my Head Spa technique based on what clients need most.

Any big plans?
I plan to expand in Los Angeles and beyond Los Angeles. Ultimately, I want to offer the benefits of Head Spa nationwide. Head Spa is highly in demand right now because of COVID. Everyone is stressed out and feeling uncertainty and fear. My clients love my service and they already come to see me from different states. I love seeing them relaxed and smiling. I wish to spread happiness and ease suffering as much as I possibly can. 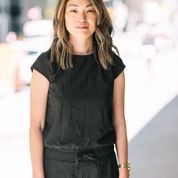 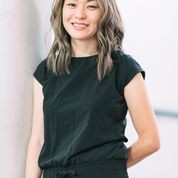 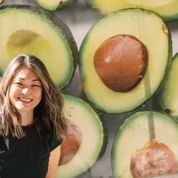