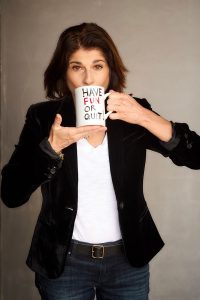 Today we’d like to introduce you to Sue Hamilton.

Hi Sue, thanks for joining us today. We’d love for you to start by introducing yourself.
Shall I start with my “entertainment” background? I grew up in a TV store. Seriously, I didn’t sleep there (except for the occasional nap), but “the store,” as it was affectionately called, was the family business that shaped a good part of my wonderful childhood. It was there, at the age of five, that I learned how to honor and care for the customer. It was my job to ask HOW customers wanted their coffee, not IF they wanted it. My parents and grandparents drank their coffee black, but we did offer sugar and (powdered) creamer to the customers.

I was also the resident coffee maker, and at the age of 10, I became a drinker of black coffee too. What you live with you learn, what you learn you practice, what you practice you become: I still drink my coffee black. As a young adult, I went to acting school and was trained by incredible teachers, most notably Victor Pappas. Victor shaped my artistic path as an actor, then ultimately as a director. At the age of 24, I began forming theatre companies for actors and found that directing was a natural next step in my work as an artist. Once I claimed the role of director, projects were made, community was found, and I became a creator of theatre and art. I have a talent for surrounding myself with great people, so I’m proud not only of the work I’ve done and continue to do but with whom I do it. In 1999, I became the founding producing artistic director for the Lily Tomlin Jane Wagner Cultural Arts Center at the Los Angeles LGBT Center, a position I held until 2005. It was there that I met, worked with and directed playwright/performer Jessica Litwak (with whom I would collaborate for many years), Jane Lynch, Alison Arngrim, Peter Paige and Abraham Higginbotham, among others. I met my wife, Heidi Godt while directing the award-winning The Breakup Notebook Musical in 2005.

In 2007, I accepted an offer from the Walt Disney Company as show director for Disney Parks and went on to become the lead director for all Frozen content worldwide, including Hong Kong Disneyland and Shanghai Disney Resort. I was part of the opening team for Shanghai Disney, and two of my shows are still running there today. I worked for Walt Disney Imagineering as creative director for several years before leaping back into the world as a freelance artist. Are you still reading? In 2008, I began my affiliation with the ABC Discovers Los Angeles Talent Showcase, which I continue to this day. I’ve directed and worked with Gina Rodriguez, Kelly Jenrette, Ellen D. Williams, Jake Choi, and many others. As ABC creative director, I oversee the project vision, which includes the actors, directors, writers, shadow directors and crew. I formed Sue Hamilton Studio in 2014, where I have trained numerous award-winning actors. In 2016, I launched the Sue Hamilton Studio Actor Workshop for ABC, beautifully blending my own studio with one of the largest in the world. Today, SHS is at the forefront of what I do: training actors to not only become better at their craft but to become better people overall. The work I do at ABC and SHS brings me great joy, and I am committed to helping and inspiring actors to become more fully realized artists who contribute to the world in their own unique ways (and drink their coffee however they like).

Can you talk to us a bit about the challenges and lessons you’ve learned along the way. Looking back would you say it’s been easy or smooth in retrospect?
Anyone who has pursued a career in the entertainment industry experiences ups and downs. But here’s my motto: HAVE FUN OR QUIT! That’s what I tell my actors and students. The entertainment industry is wonderful — and it’s also hard. Make the conscious decision to create fun in the process of working towards whatever your goals may be, and then DO IT! If you aren’t willing to commit to having fun, there’s always another option: you can quit. Seriously, now. The experience of being an actor — nonlinear, wacky and oftentimes frustrating — can leave a performer wondering why she started in this business to begin with. Finding the fun in the process can serve as a great reminder.

Thanks for sharing that. So, maybe next you can tell us a bit more about your work?
I’m honored to have created and collaborated on a wide variety of artistic projects over the years — here are some that I’m most proud of: my Sue Hamilton Studio acting students. I’m proud of my work in Asia and creating the SHS Global Actor Training Program for Shanghai Disney Resort. I’m proud of every actor that has been a part of the ABC Discovers Los Angeles Talent Showcase. I’m proud of my ABC directors and my work with the talented ABC executive casting team. I’m proud of what I teach and how I teach acting. I’m proud of my ongoing commitment to diversity and inclusion. I’m proud of creating community and inviting artists to come together and form sacred spaces from which to create. I’m proud of the work we do at Artists Rise UP Los Angeles, a company I formed with dynamic and diverse artists on November 9, 2016. I’m proud of my family: my loving actor wife, my intelligent kid, my supportive parents, my skateboarding brother. I’m proud of who I surround myself with on a daily basis. The entertainment industry is a wondrous and complicated place, and with that knowledge, we artists can create our own vision and bring it to life in our own unique way (this wondrous and complex industry also requires the drinking of coffee).

Alright so before we go can you talk to us a bit about how people can work with you, collaborate with you or support you?
suehamiltonstudio.com, artistsriseupla.com, Insta @suehamiltonstudio. 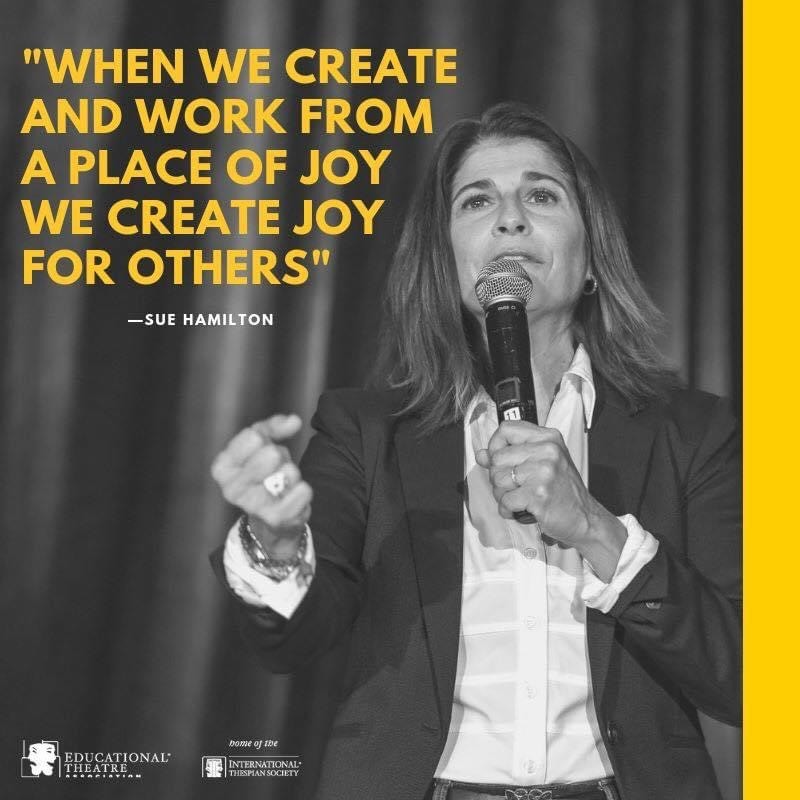 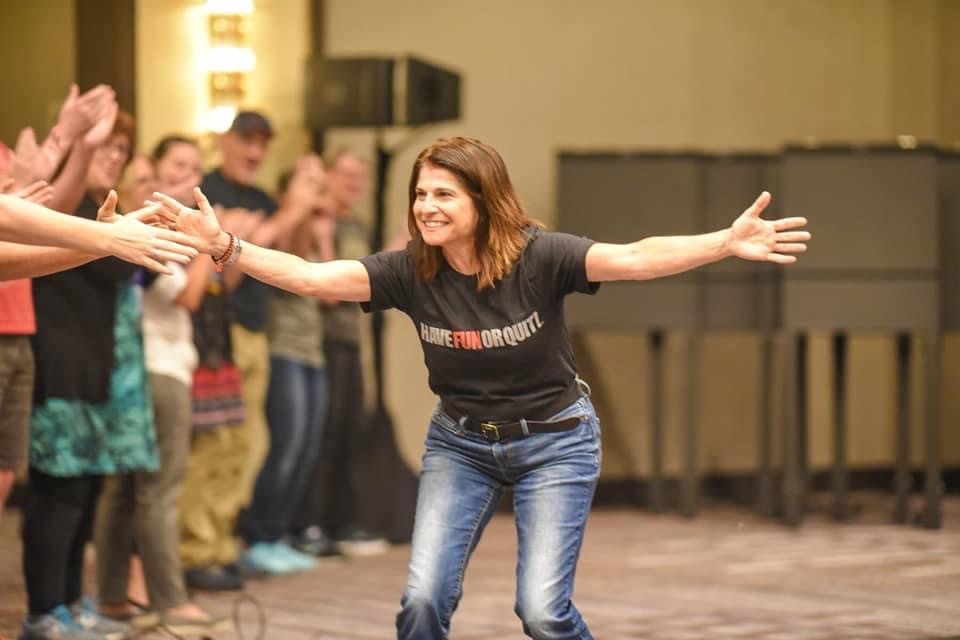 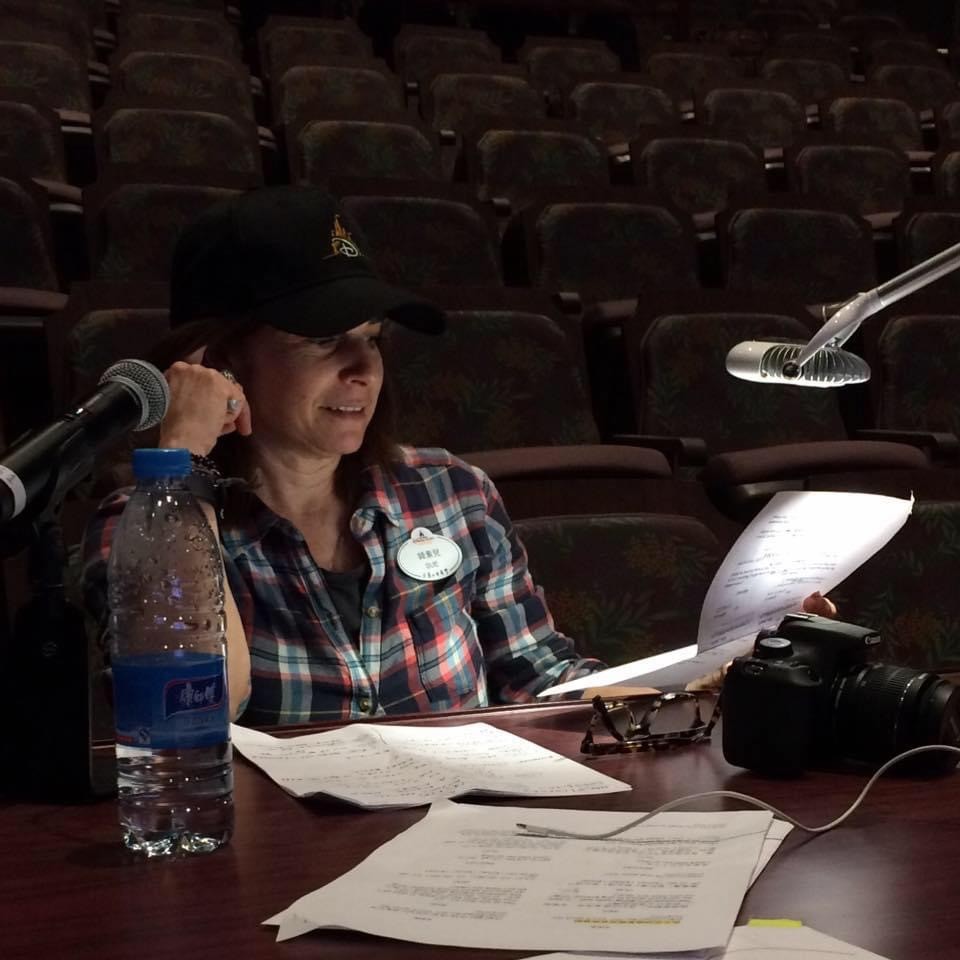 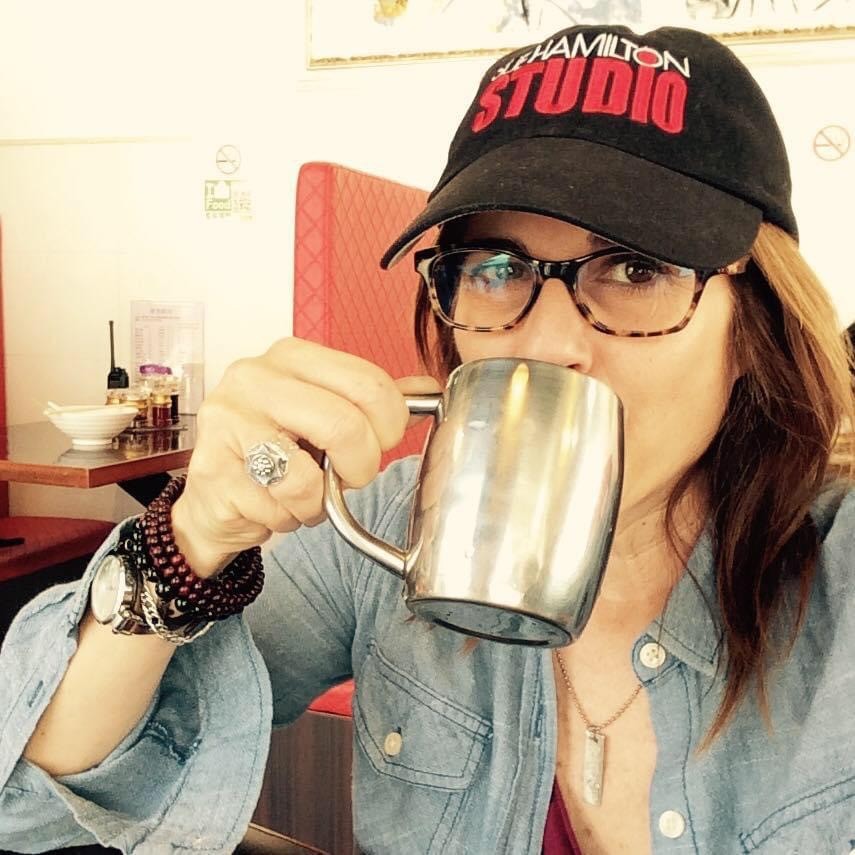 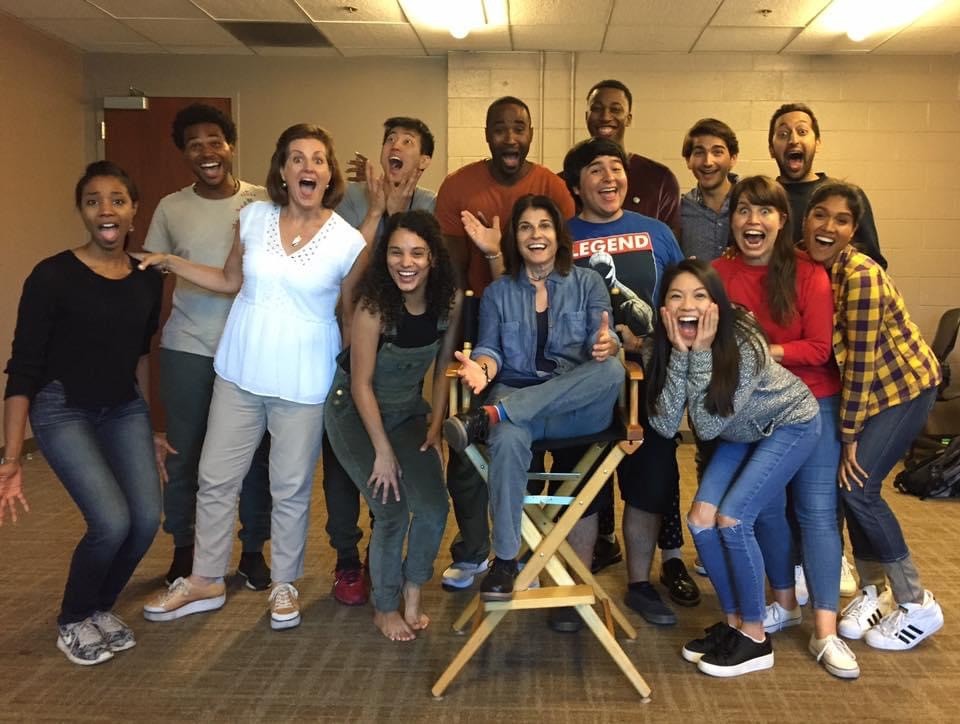 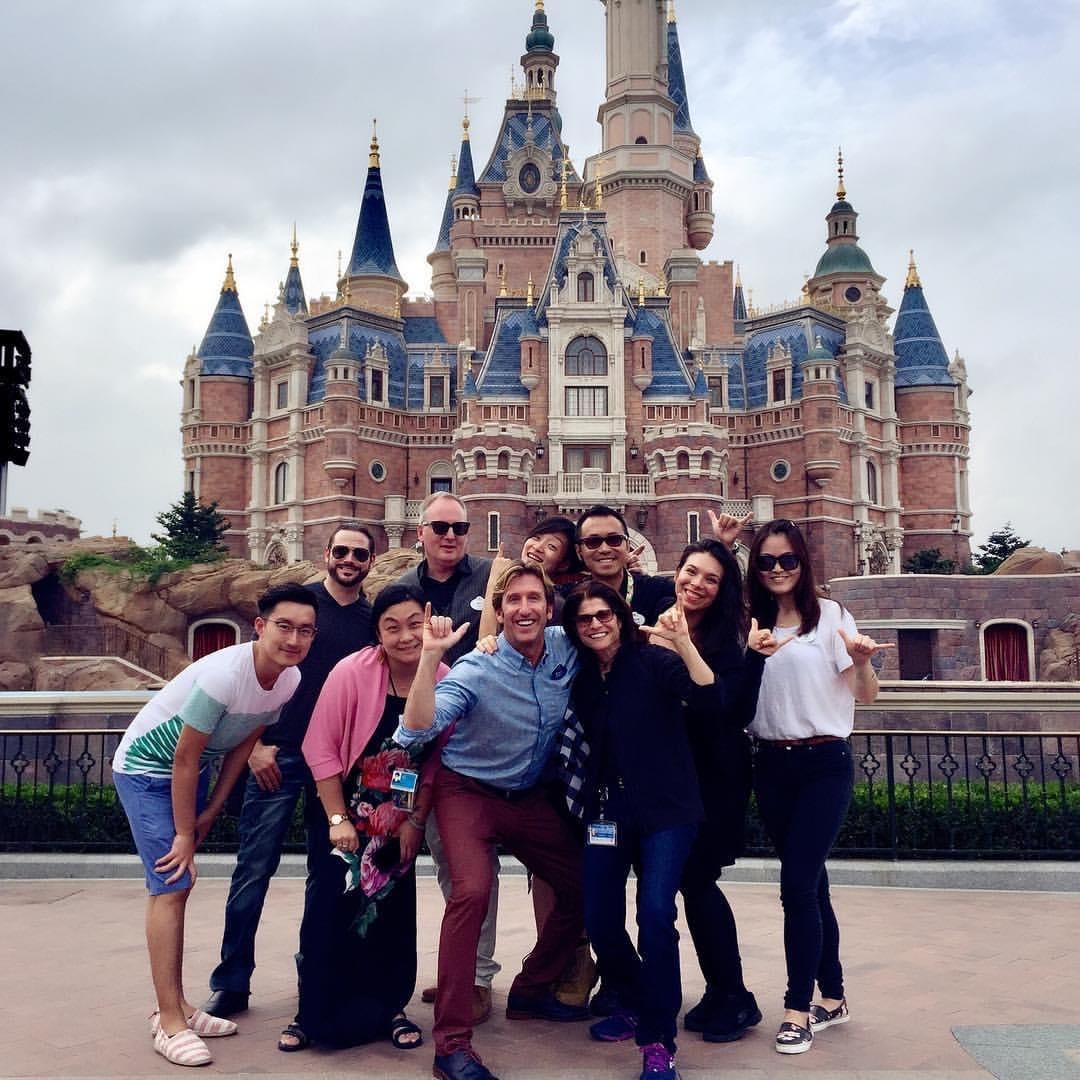 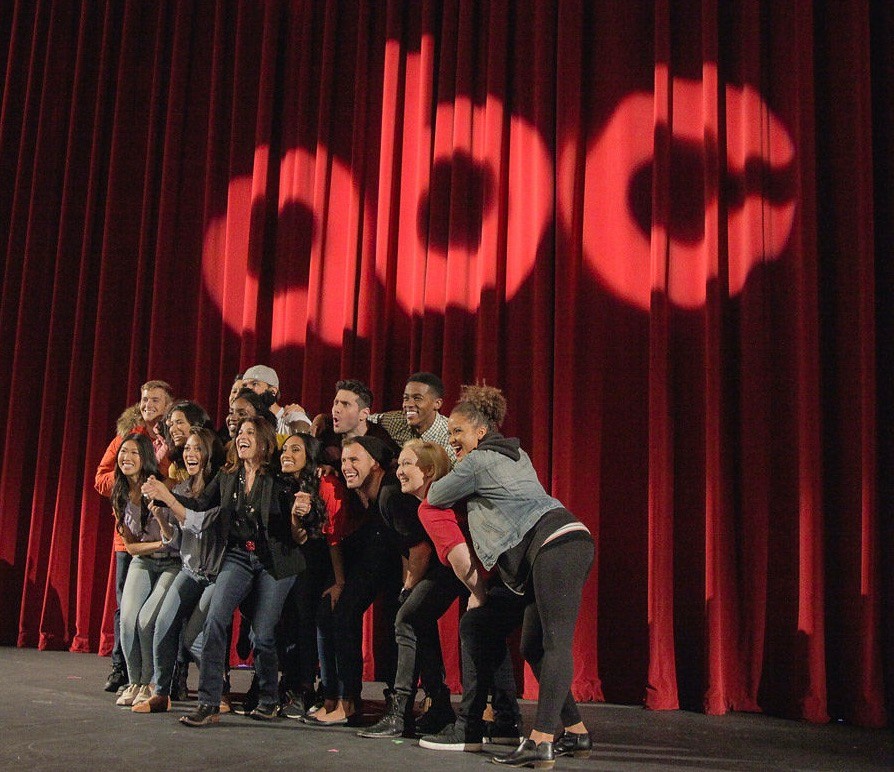 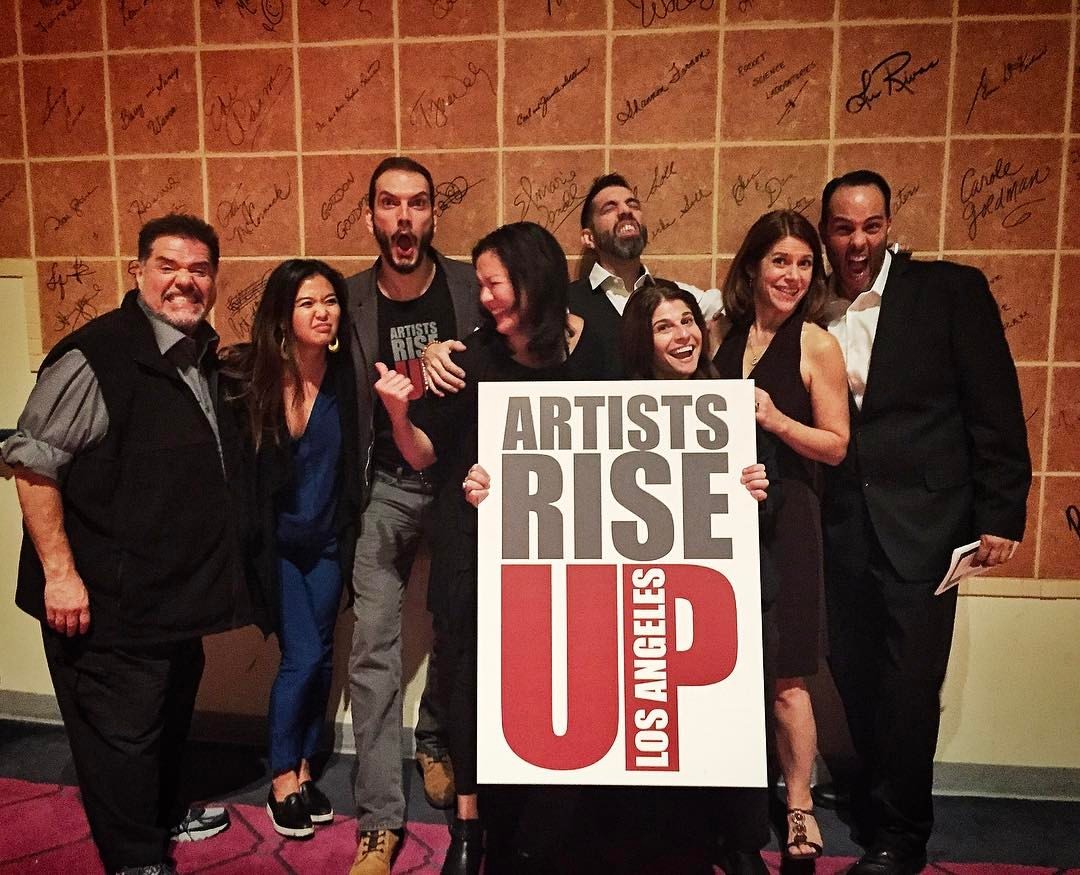