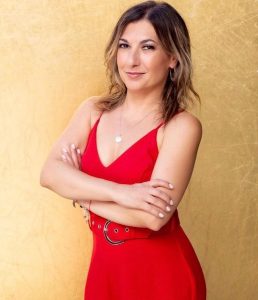 Today we’d like to introduce you to Sari Cohen.

Sari, we appreciate you taking the time to share your story with us today. Where does your story begin?
I never set out imagining that I would one day become an entertainment journalist. This job actually found me. I grew up on the East Coast and spent most of my childhood thinking I would wind up having some sort of acting career. To a nine-year-old kid that didn’t seem too hard to do [laughs]. I’d book a commercial here or there, landed a bit part Off-Broadway, even had a small role on a soap opera, but I quickly learned that life had other plans. I moved out to Southern California at the age of 15 with my family. By 19, I started doing stand-up comedy. Soon, I was writing for other comics. By 21, I was writing scripts. I realized then that my heart was ultimately in storytelling and that writing was my vehicle to do that. Turns out, finding a steady job as a writer is just as hard as finding a steady job as an actor [laughs]. Still, I put one foot in front of the other and did the one thing I knew I could do, the one thing I had the power to do all on my own: write. So, I wrote. I began pitching ideas and articles to every outlet or employer that was looking.

Eventually, one outlet got back to me. They were looking for a political writer and lifestyle writer. I wanted to write about politics. They put me in charge of LA Fashion Trends. I knew nothing about trends or fashion [laughs]. But, I knew writing, so that’s what I did. I made the column my own. Eventually, enough people saw my work, and other outlets brought me on, too. For years, I got to cover music and live entertainment for AXS, taking photos in the pit at concerts and interviewing artists backstage. Now, I’m an on-camera correspondent/producer for a TV show called “Hollywood First Look Features,” and I also write for INLOVE – a popular lifestyle magazine. Being an entertainment journalist is as if all of my passions were married into one career. It’s the dream job I never knew I always wanted.

Can you talk to us a bit about the challenges and lessons you’ve learned along the way. Looking back would you say it’s been easy or smooth in retrospect?
I think the road we’re on changes at every turn. Sometimes it’s smooth, and other times it’s rocky. It’s kind of like PCH. Every twist gives you a new perspective. I’ve encountered obstacles on my road. What is it, they say? Anything worthwhile in life is never easy. My journey certainly hasn’t been. I think I was lost for a good portion of my 20s. At that point in your timeline, you have these ideas of where you should be, how things should turn out, and you feel like you’re failing when you’re not meeting your mark. At 20, you imagine by age 30 you’ll have a booming career, a hot husband, a couple of kids, and, if you’re really lucky, maybe a few houses in some of your favorite cities. But, as my grandma used to say, “Man plans, God laughs.” Most things in life I planned for never came to fruition. Still no husband. No children. No house. And you know what, I’ve never been happier. My life really took a turn after I hit 30, and my mom nearly died. She was in critical condition. She spent a week in a coma and had a one percent chance of surviving. I knew then that all of those material things, or statuses I thought defined who I was and what I was worth, really meant nothing at all. How important is any of it if it’s not a life or death matter? My mom beat all odds and came out of it. I spent the next two years living in and out of the hospital, taking care of her. It was only after her complete recovery that I was able to turn my full attention to my career for the first time in my life. I can honestly say that every day I get to live my dream. I have a wonderful family, amazing friends, and a career filled with unbelievable Hollywood moments that my younger self would never have imagined could’ve been a reality.

As you know, we’re big fans of you and your work. For our readers who might not be as familiar what can you tell them about what you do?
As an entertainment reporter, I’m usually the one conducting the interview. I’m not used to being on the other side of this [laughs]. My job is to ask questions and then tell an honest story. I’m the conduit between an artist and their fans. I remember the first time I covered a red carpet as a member of the press. I was standing arm-to-arm with other journos, waiting for the next celebrity to come down the line and stop to talk to me; I thought for sure someone was going to tap my shoulder from behind and ask if I was supposed to be there. It took a while for me to realize that I wasn’t only in the right place; I was home in a sense. My job is to cover events like red carpets, junkets, concerts, and premieres. Now, with the pandemic, most of my interviews are done over Zoom. It’s different for obvious reasons, but it doesn’t change the ultimate result: connection. Over the years, I’ve gotten to interview many of my idols and even become friends with a few of them. It’s wild to me to think about all of the encounters I’ve had. I’ve interviewed legends in every corner of the entertainment industry: Ringo Starr, Common, Jeff Goldblum, Seth Rogen, Lily Tomlin, LL Cool J. Even after all this time, I’m still in awe that I get to talk to my heroes for a living.

Let’s talk about our city – what do you love? What do you not love?
L.A. is my favorite city in the world. It’s incredible, even as a little girl growing up in N.Y. I always felt as if somehow I belonged in Los Angeles – even though I had never been there. Once I got here, the pull to the city was like magic. You know, I’ve been making the drive from Orange County to L.A. for more years than I’d like to admit. Still, every time I’m on the 101 approaching Downtown, I see that city skyline, and I feel like something inside of me comes alive. I’ve visited cities all over the world and, while they each have their own beauty, I’ve never felt any one of them call to me as this one does. 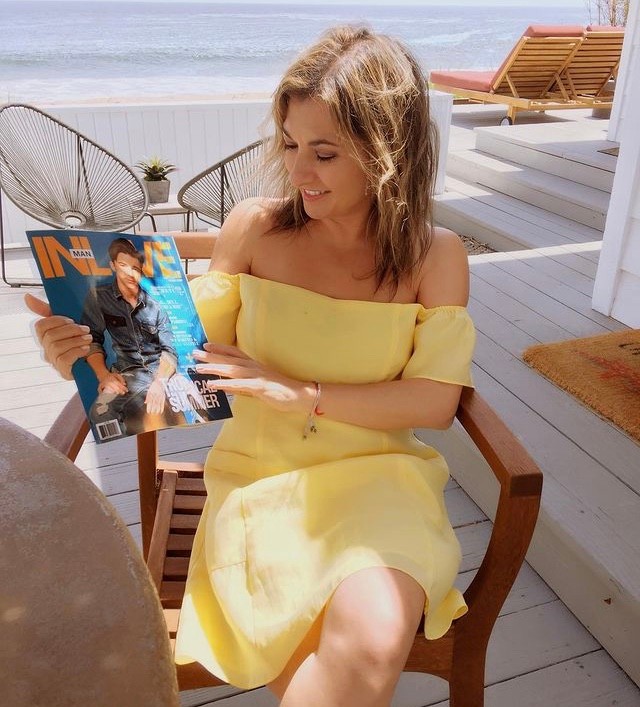 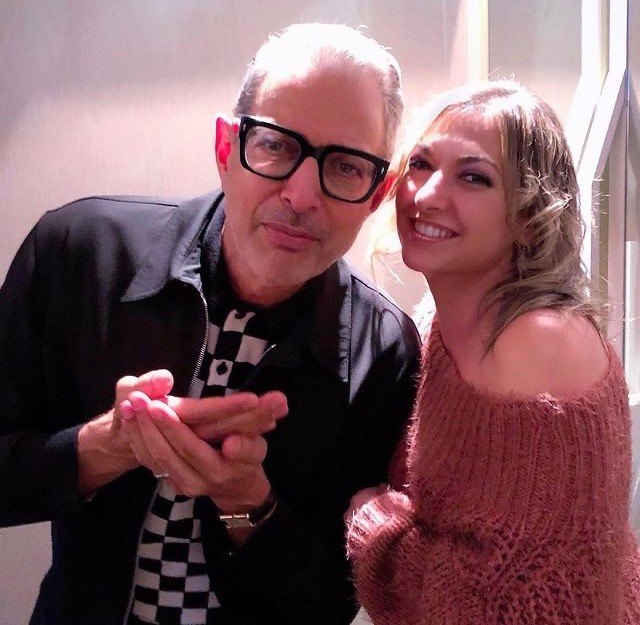 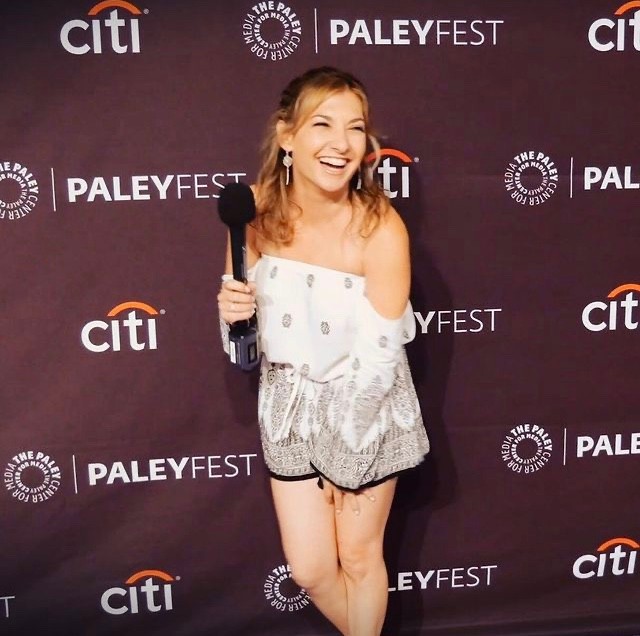 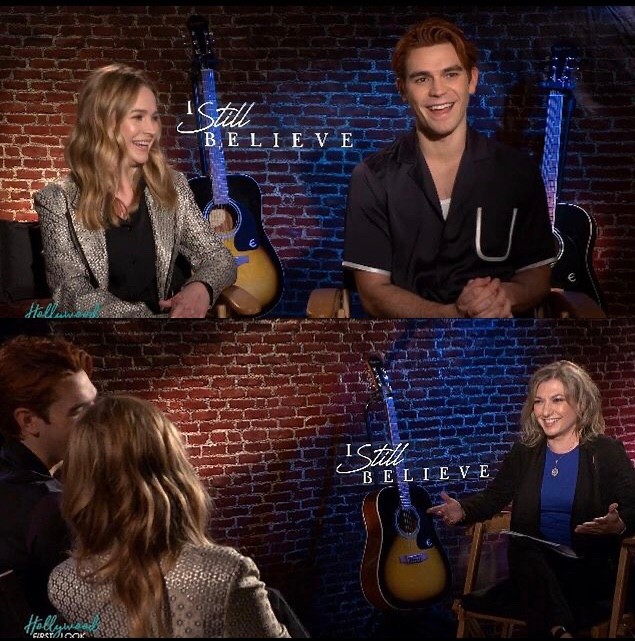 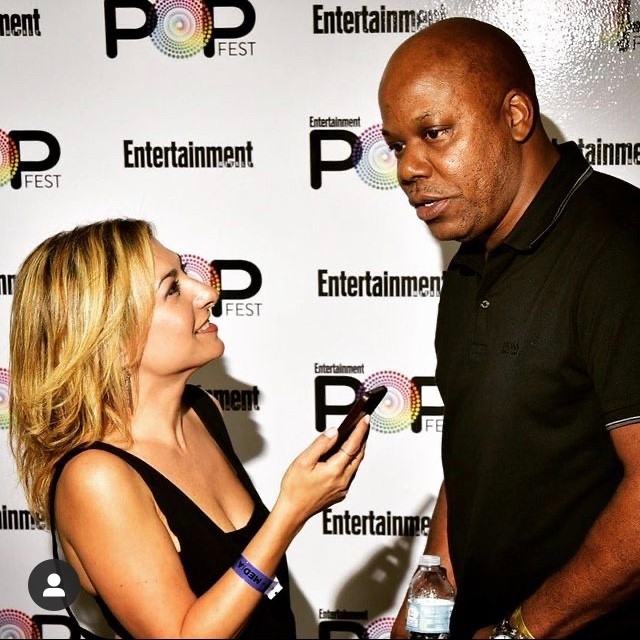 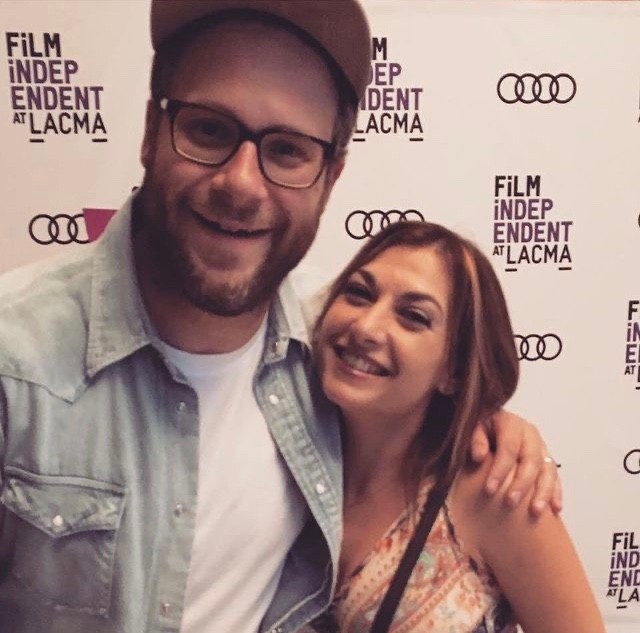 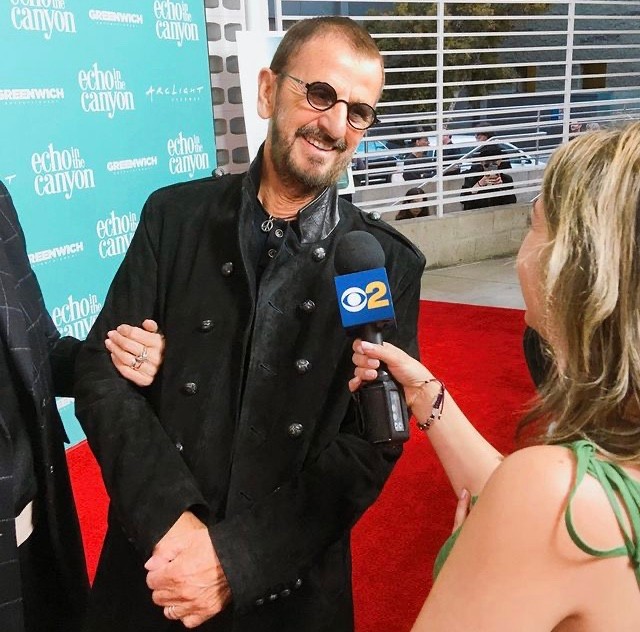 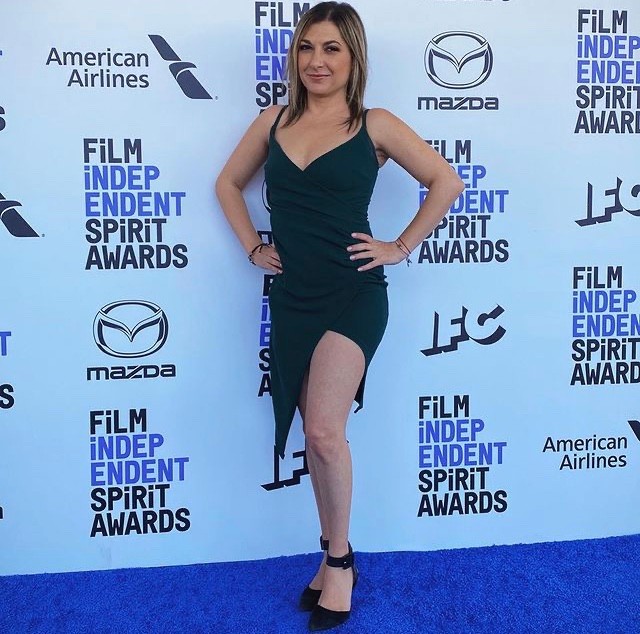